Last summer, filmmaker Rupert Walker and Brandon Semenuk released a movie titled “Revel in the Chaos”.  It was unlike anything the mountain bike world had seen to date.  Straying from the formulaic nature of the average MTB film, it is dark, ominous and even a bit eerie at times.  Revel in the Chaos is just 15 minutes long but without narratives or voice overs, as cliche as it sounds, it is all killer no filler.  The score meshes with the films brooding overtones nicely and Rupert’s filming and editing style is pure genius.  Perhaps most importantly, Brandon’s riding in it epitomizes progression while the film is a visual masterpiece from both a creative and an aesthetic standpoint.  Recently, Rupert and Brandon have seemingly formed a company of sorts, aptly named Revel Co.  We sat down with them to chat about their past, present and future. 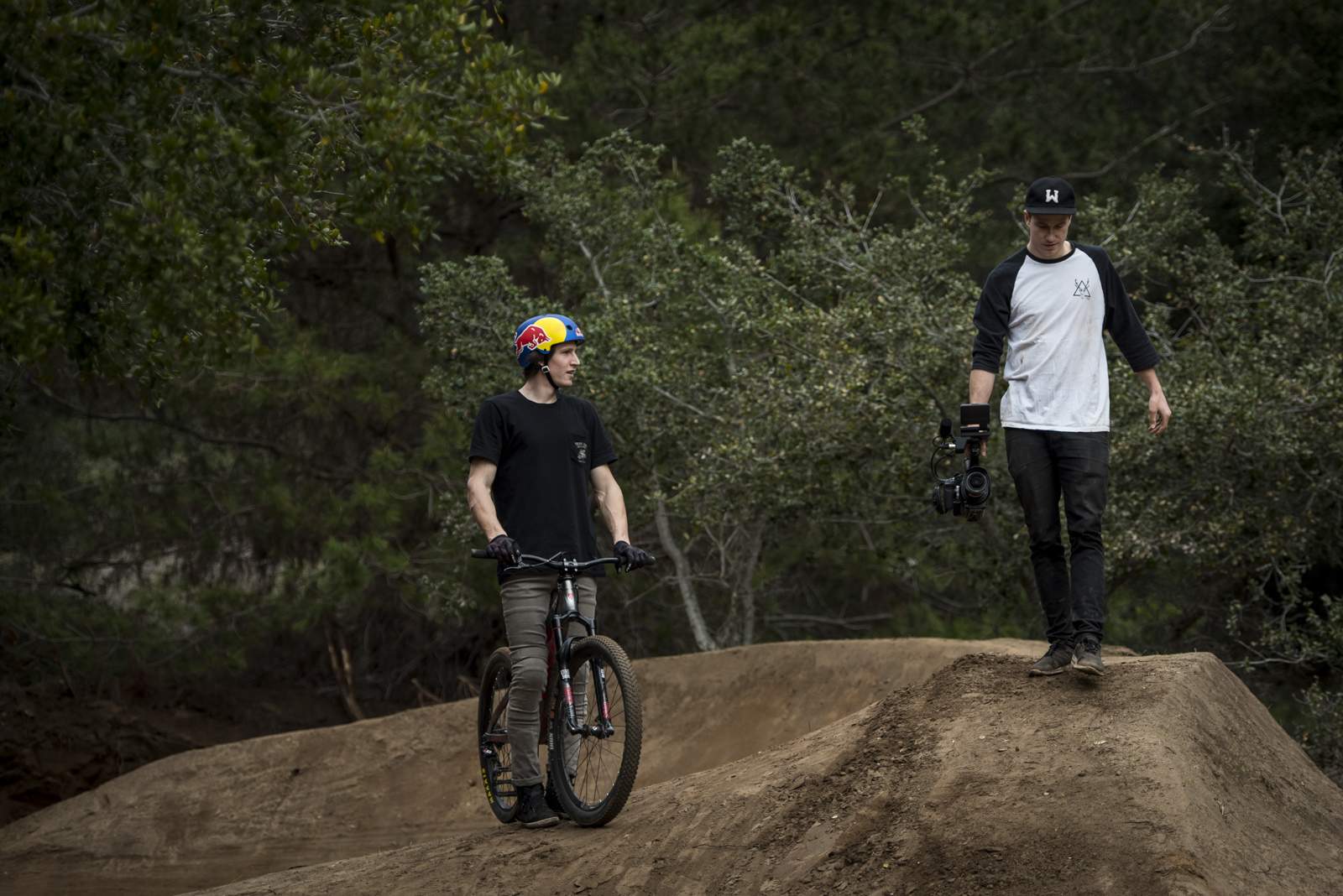 MTB-Mag: In your words, what is Revel Co?

B: Rupert’s and my vision intertwined.  Nothing more, nothing less.

R: Yeah, we’ve basically teamed up to simply create and do whatever we want.

MTB-Mag: Do you guys consider this an exit from having to deal with other peoples’ creative visions per se?

B: 100% – it’s just our way of getting away from other things that we didn’t like about our careers and instead focusing on the things that get us the most excited while going against the grain at the same time.

R: Yeah, it’s given us the opportunity to do our own thing without having to answer to anyone but ourselves. 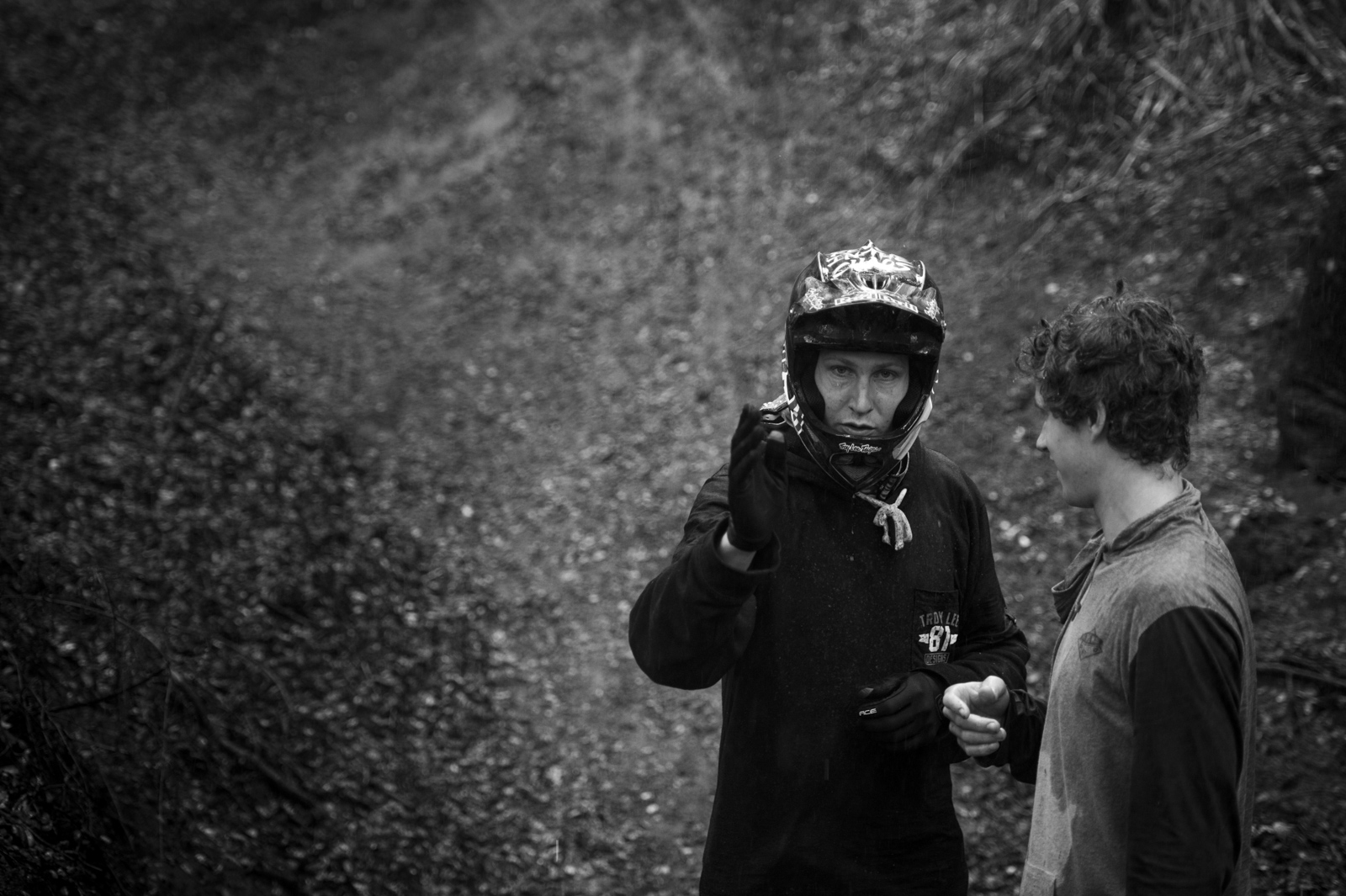 MTB-Mag: Aside from a little bit of gasoline, what equipment did you guys use to film Revel in the Chaos?

MTB-Mag: Revel in the Chaos was refreshingly simple in terms of production. You guys didn’t have a huge film crew, yet it’s now hailed as one of the best MTB movies ever. It’s largely because the riding did the all talking and visually it was a departure from the norm.  Do you guys plan to keep things relatively low key and avoid doing anything overproduced?

B: We’re not going to chase down an idea or make some crazy production if the simplified version is better.  There is no reason to use crazy toys in cases where simple is the best way to go in the first place. 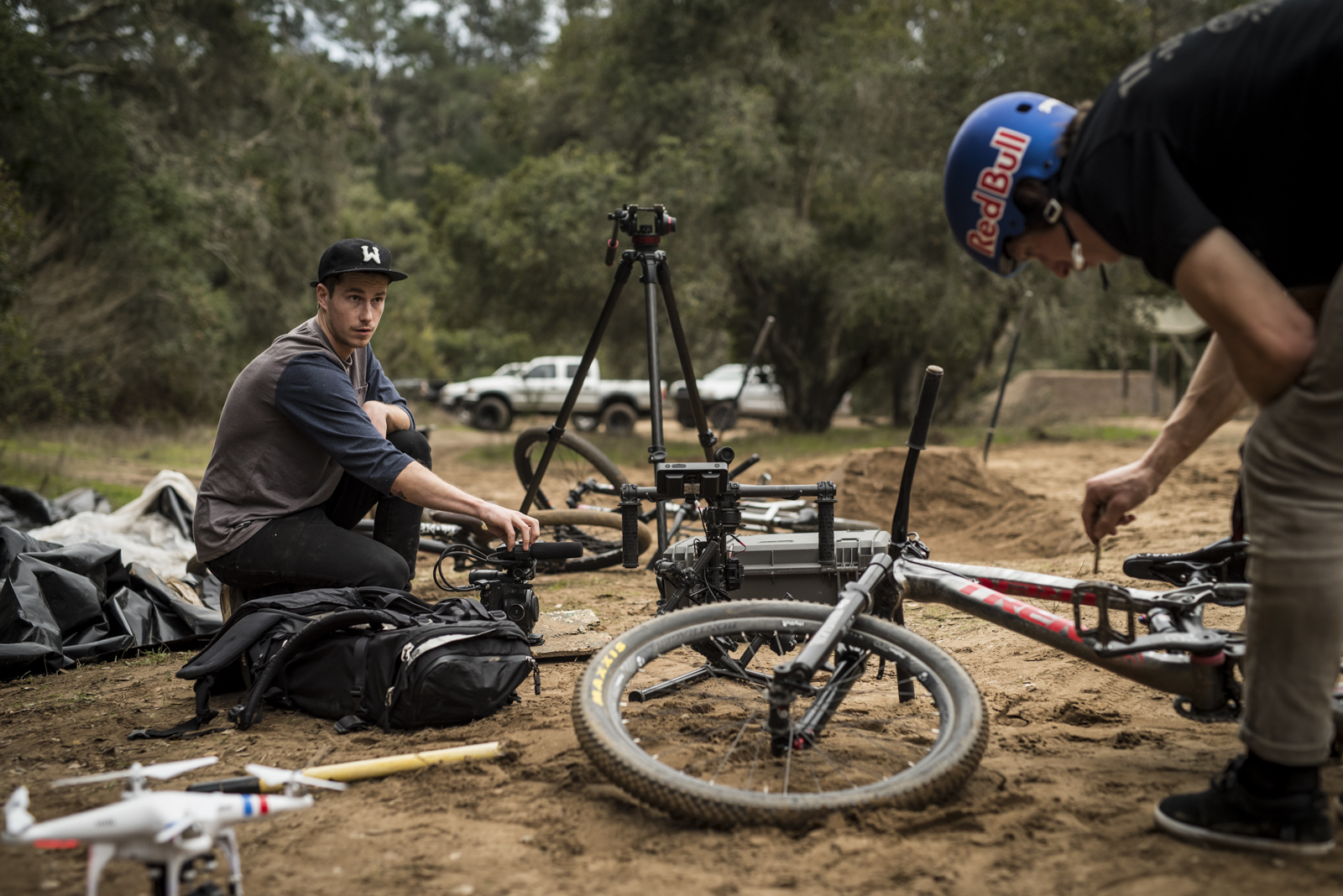 MTB-Mag: Your first film had a dark, film noir tinge to it. What inspired that? Would you say that you guys both had a similar vision aesthetically speaking?

B: Yeah, we were just chilling in California about this time of the year and started talking about things while riding a skatepark.  In the midst of just throwing ideas around, everything kept leading to darker, more ominous style of video.  It wasn’t like that’s what we were shooting for, it just sort of happened.

R: The whole film idea came to us this one day while we were riding that skate park; just talking about segments and wondering what the they would look like if we did a film.  We said, yeah – well we would have to do a Utah segment and Brandon said there are already so many Utah segments out there, how can we separate ourselves and do something different?  It was his idea to film it at night.  Filming Utah at night, that dark vibe and vision sprung inspiration for other segments so in a sense we went off of that theme based off of that Utah shoot.

MTB-Mag: Brandon, how long do you plan to compete at this level for slopestyle? Or is there no plan?

B: Well, there is a plan in a way but it’s not definite.  Obviously I would like to compete less and do stuff with Revel Co. and just get creative in my own space.  I really like the video stuff and right now I feel very motivated to keep tackling projects.  It’s hard to say how many events I’ll do.  2016 will be my 11th year competing ( Brandon is currently 24) after doing about 100 events I feel like I don’t have that many film projects under my belt. I think there is just a lot more life in it and would love to see some of my better years captured permanently. MTB-Mag: Rupert, from a cinematic standpoint who would you say is your biggest inspiration? It could be a single director or a production company – doesn’t matter.

R: I don’t think I really have one single inspiration – I’m inspired by videos and artists and people who just do great work by instinct and default.  Maybe they make money off of it and maybe they don’t, but they’re still just putting out amazing work.  That’s always been the outlook I’ve had.  It’s never been about making money.  We can try to make the weirdest, most progressive video and if it sucks at the end of the day, then no one is going to see it.  That’s why Revel Co is such a great thing because it’s totally about the work, the art and putting out the best product that we can. 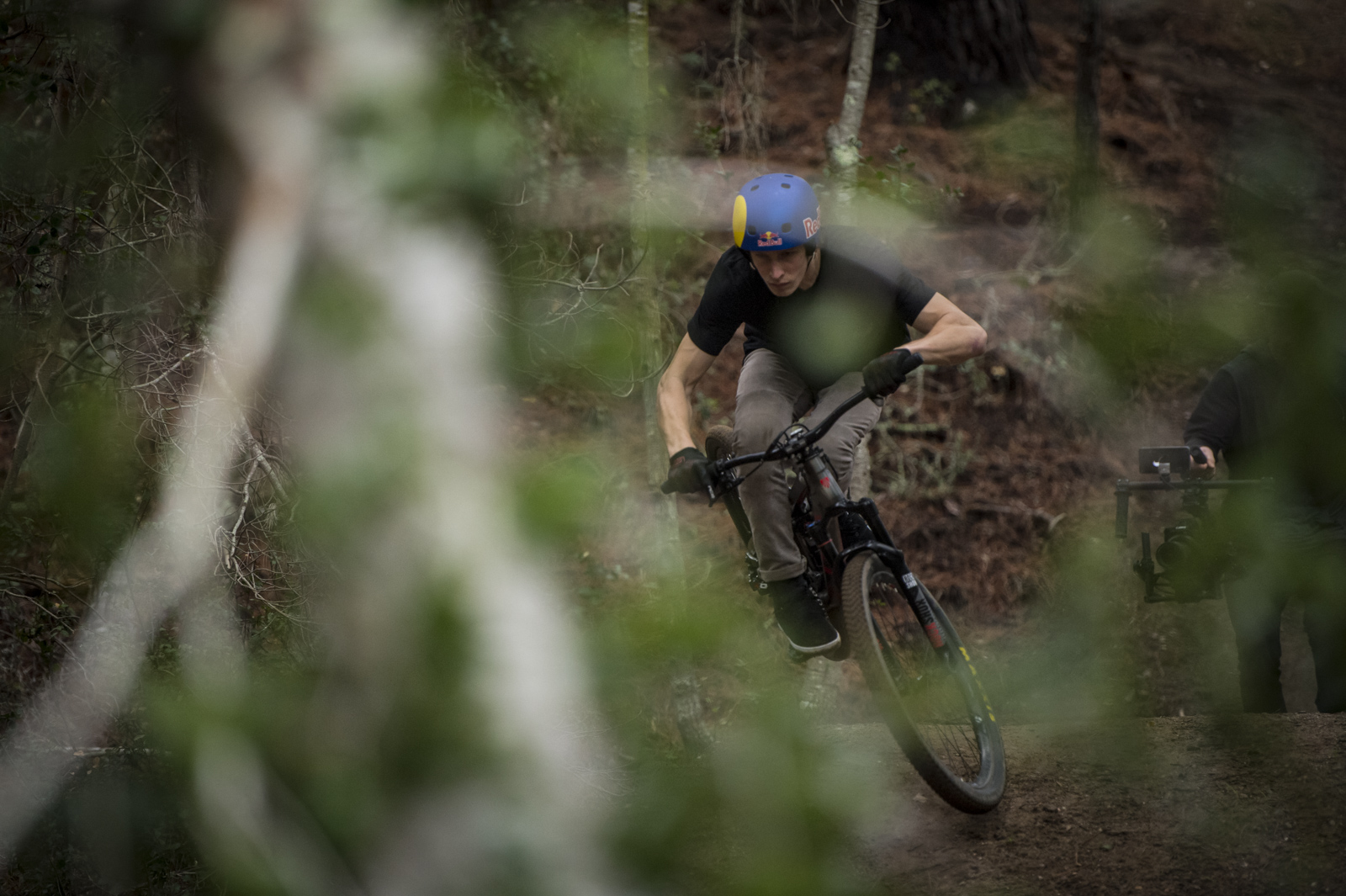 MTB-Mag: What was the biggest obstacle in making Revel in the Chaos? Weather, deadlines, equipment issues?

R: For me, it was just us so we had a lot of work and stress on our plates.  Although it is a huge strength to have just the two of us working, we were also overloaded.  I had to get the video submitted in time but Brandon had to deal with of all of the builds.   We gave ourselves a hard deadline so we’d be held accountable.  It wasn’t until the last month that things got a bit stressful.

B: It was mainly logistical things.  It was evenly spread though.  Filming and riding is just what we both do.  Me handling the builds and Rupert handling the footage was well balanced.  We split up logistics with things like music and working with companies for audio, color, etc.  In terms of filming the segments I think we got extremely lucky.  There were tough days and weather issues here and there but the Utah segment was logistically ridiculous yet it ended up being one of the easiest times that I’ve had in Utah filming.  Everything worked seamlessly; every night that we went out, we got the shots we were after. 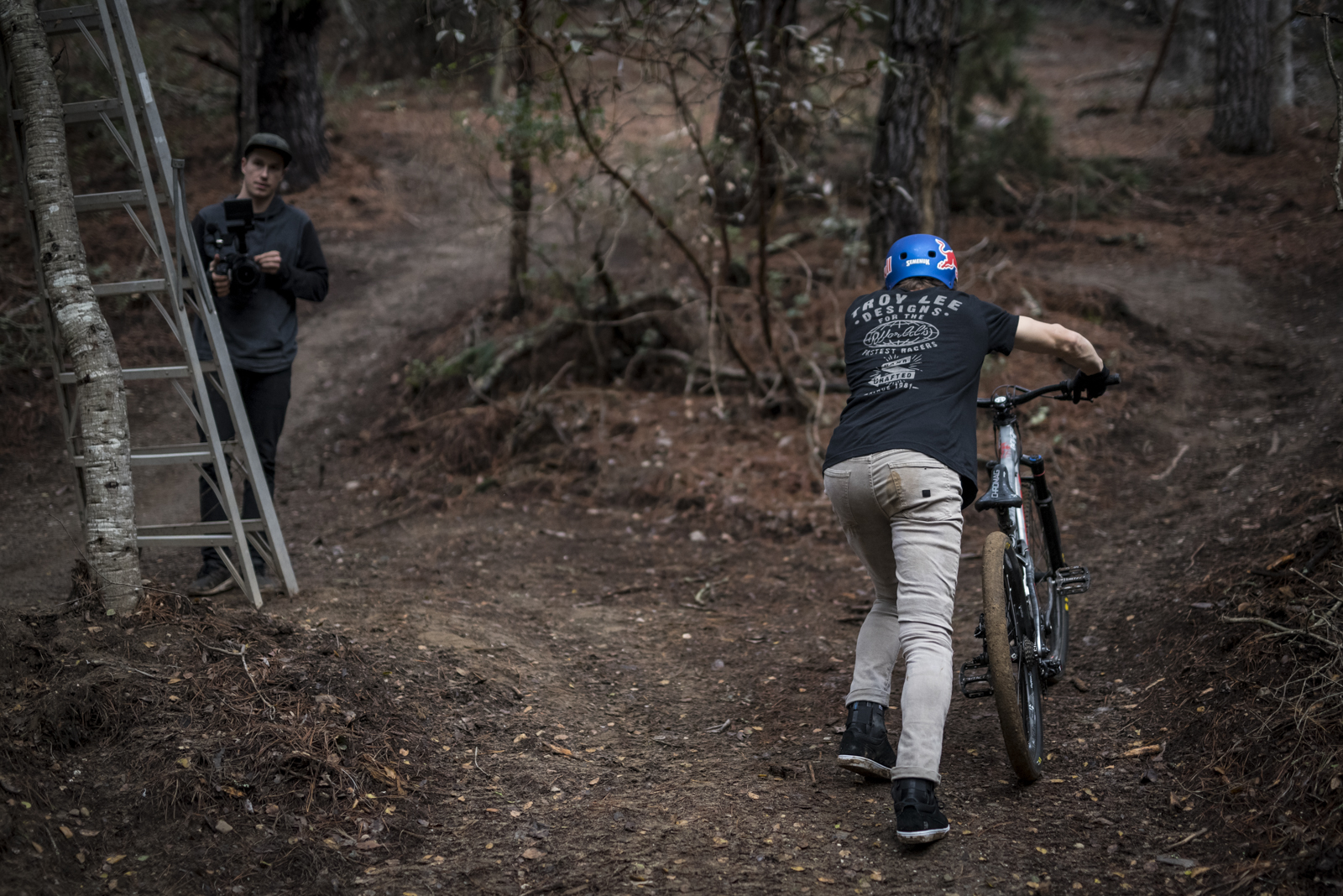 MTB-Mag: Brandon, you also are an astute study of moving and still image in other disciplines. Was there anything in particular that resonated with you that inspired your vision of Revel in the Chaos, or was it more of a purely personal thing?

B: On the video side, that was definitely a personal thing.  I really just wanted to do a project like that and kind of go dark for a while and spend a lot of time creating something substantial.  Creatively speaking, it changed so many times.  I had pictured doing this a million different ways until it turned out to be what it was.  I’m similar to Rupert in a way that we both live in the moment and as creative ideas come to us we just go with it as they happen, things are constantly snowballing.  That way we are always finding new ways to look at things.  Maybe some ideas we had for Revel in the Chaos didn’t work, but in the future they’re going to fit into other spots.  We’re definitely living in the now.

R:  A note on Brandon’s involvement with photography, videos etc.  When we’re working on a project and I’m editing, he’s right there editing with me.  I may have my hands on the keyboard and physically doing the final edits but he’s very much involved and giving input on cuts, storyline, sequence of shots and more.  His opinion is really important in the way that I edit because it rounds out what we’re trying to create.  It’s not like I’m the cinematographer and he’s the rider, it’s more than that – a combined vision and a total collaboration in every aspect. 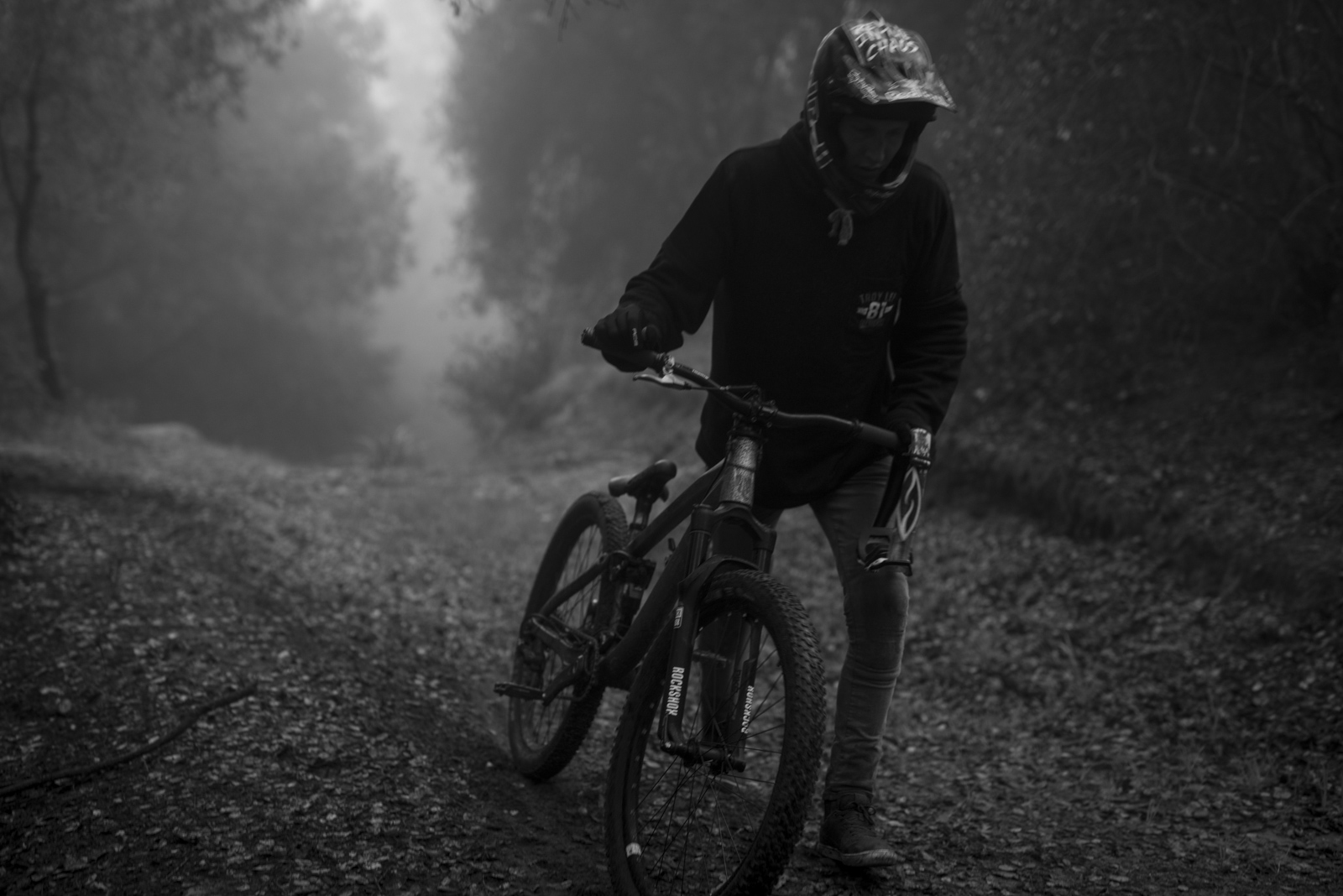 MTB-Mag: Having been fortunate enough to work alongside of you guys in the past, we’ve seen that Rupert establishes a vision, concept and angle for a shot quickly and Brandon always executes quickly and flawlessly. You guys seem to have an excellent formula. Are there ever times where you guys hit a wall, struggle to communicate or find common ground?

B: Yeah, time to time but we’re usually pretty good about it.  Sometimes we just have to stop, take 5 minutes and figure out what the issue is before we come up with a solution and move forward.  I feel like we’re pretty fast.  Generally if we have an issue, it’s because we’re both just trying to solve the same problem. 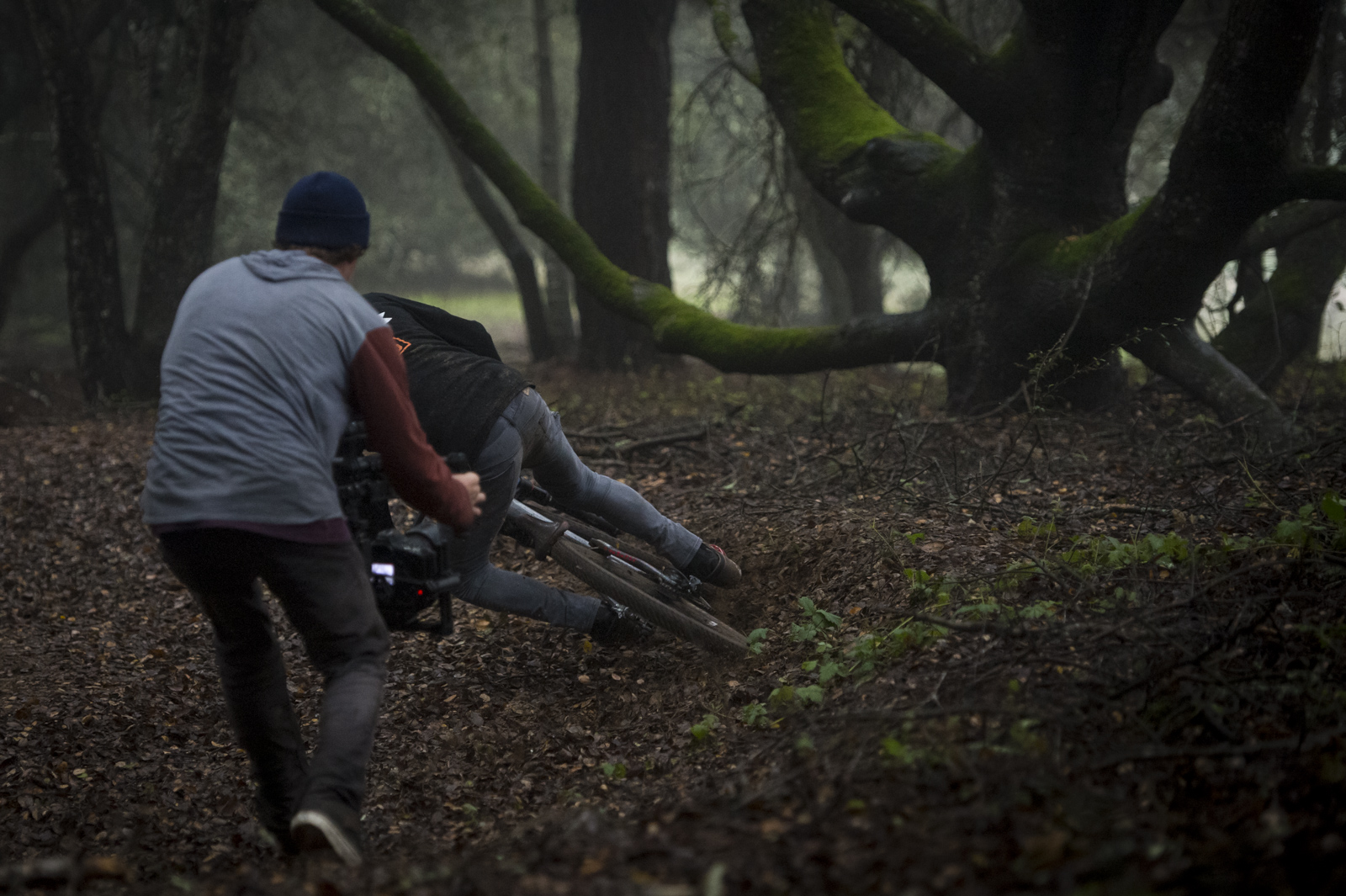 MTB-Mag: Budget no object, what’s your #1 dream location for a shoot?

R: If we could shoot in Iceland and not have to worry about protected land…

B: Colored mountains in China, but that’s a national treasure that is completely out of range and beyond any dollar figure. MTB-Mag: You don’t have to give anything away at this point, but do you have a new film in the works yet?

Revel Co: No.  Not at the moment.   We talked about Revel in the Chaos for about a year before we even turned the camera on.  When the idea sparked and we had a list of segments and concepts, then that’s when it actually started.  We don’t want to feel the pressure to do another film right away just because people liked the first one.  If we’re going back in the trenches, it’s going to have to be something we’re excited about through and through.

Revel in the Chaos on iTunes