MTB – MAG – Vinny, you sort of just came out of nowhere and have just recently started to emerge and blow minds on the internet. What’s your story? Where are you from? How old are you?

Vinny T – I have been riding for 5 years. I started dirt jumping back then, and 3 years ago I got into downhill and freeride. I still ride a lot of dirt jumps when I am not building or riding the big bike.

I live in Evian, France close to Switzerland and I just turned 20 years old this summer. 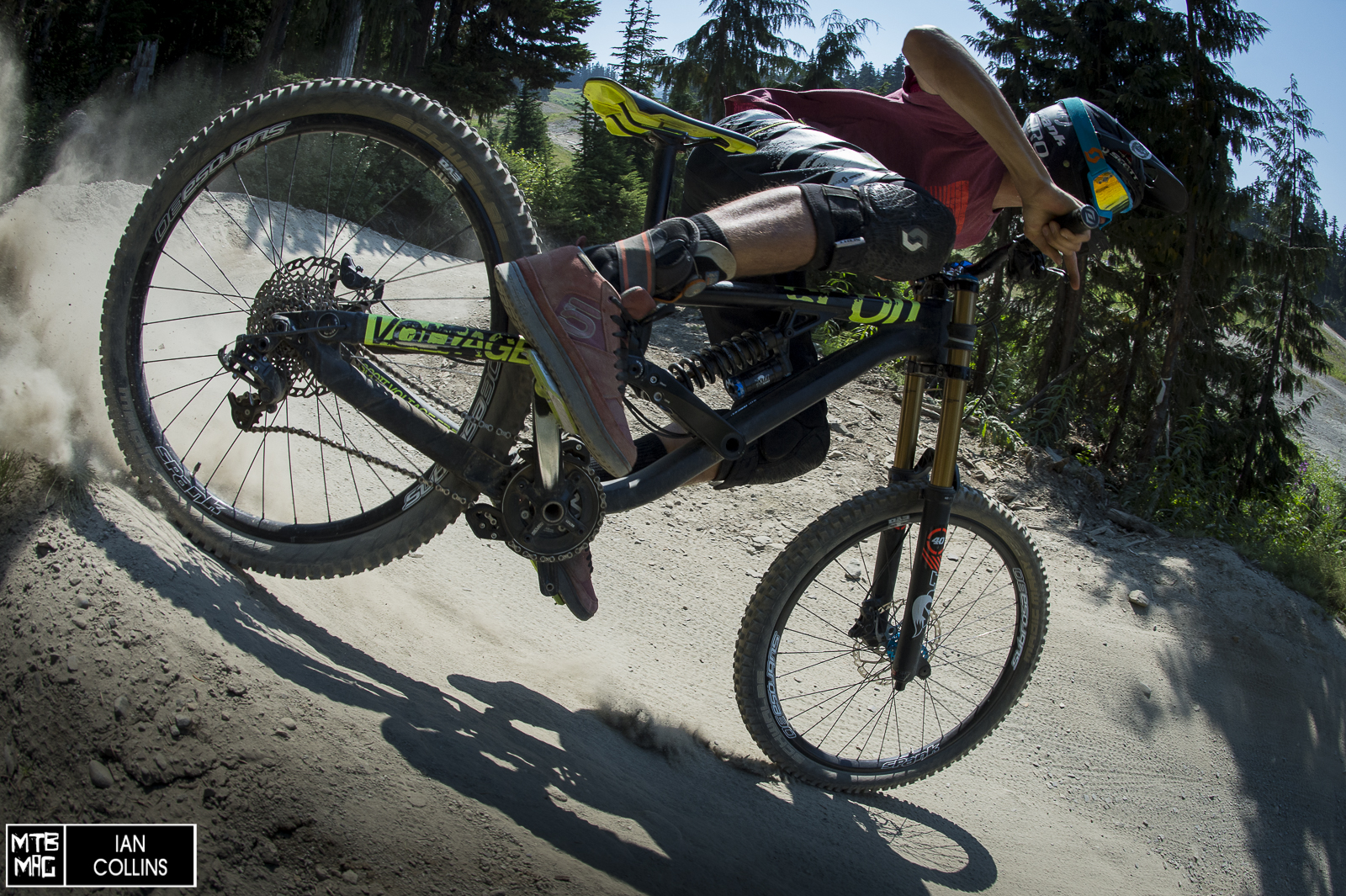 MTB – MAG – We heard a rumor that you were the first one to hit Nico Vink’s Loosefest jumps on a mountain bike rather than a moto. Is that true? Speaking of moto, do you have a background in Moto or BMX?

Vinny T – Not really. Actually I never ride Moto or BMX. The Moto already hit it once but I was the first rider to hit it on a bike. Those were the biggest jumps I have ever hit up until now.

Nico really made the sickest jump line ever! 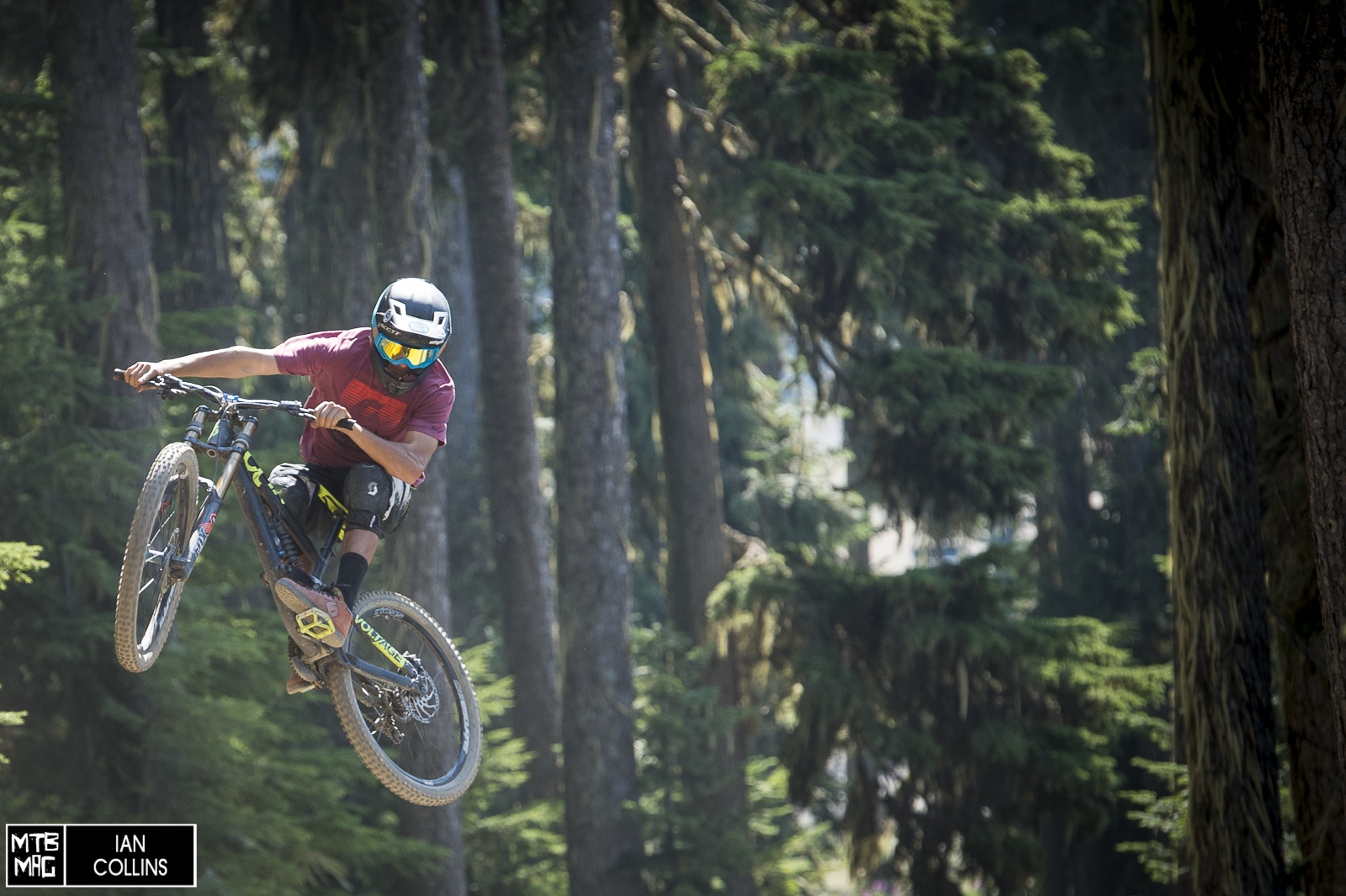 MTB – MAG – We love seeing the momentum that Fest series is gaining, and we know that we probably wouldn’t see you competing in FMB for slopestyle, but would you ever consider riding in something like Red Bull Rampage?

Vinny T – Yes! I think the Fest Series events are much better for me than the FMB stuff. I was never attracted to the FMB style of competition. The Fest Series on the other hand is what I love to do! Session big jumps with friends, have fun and make videos is what it is all about for me!

As far as Rampage is concerned, I’d love to enter that event. 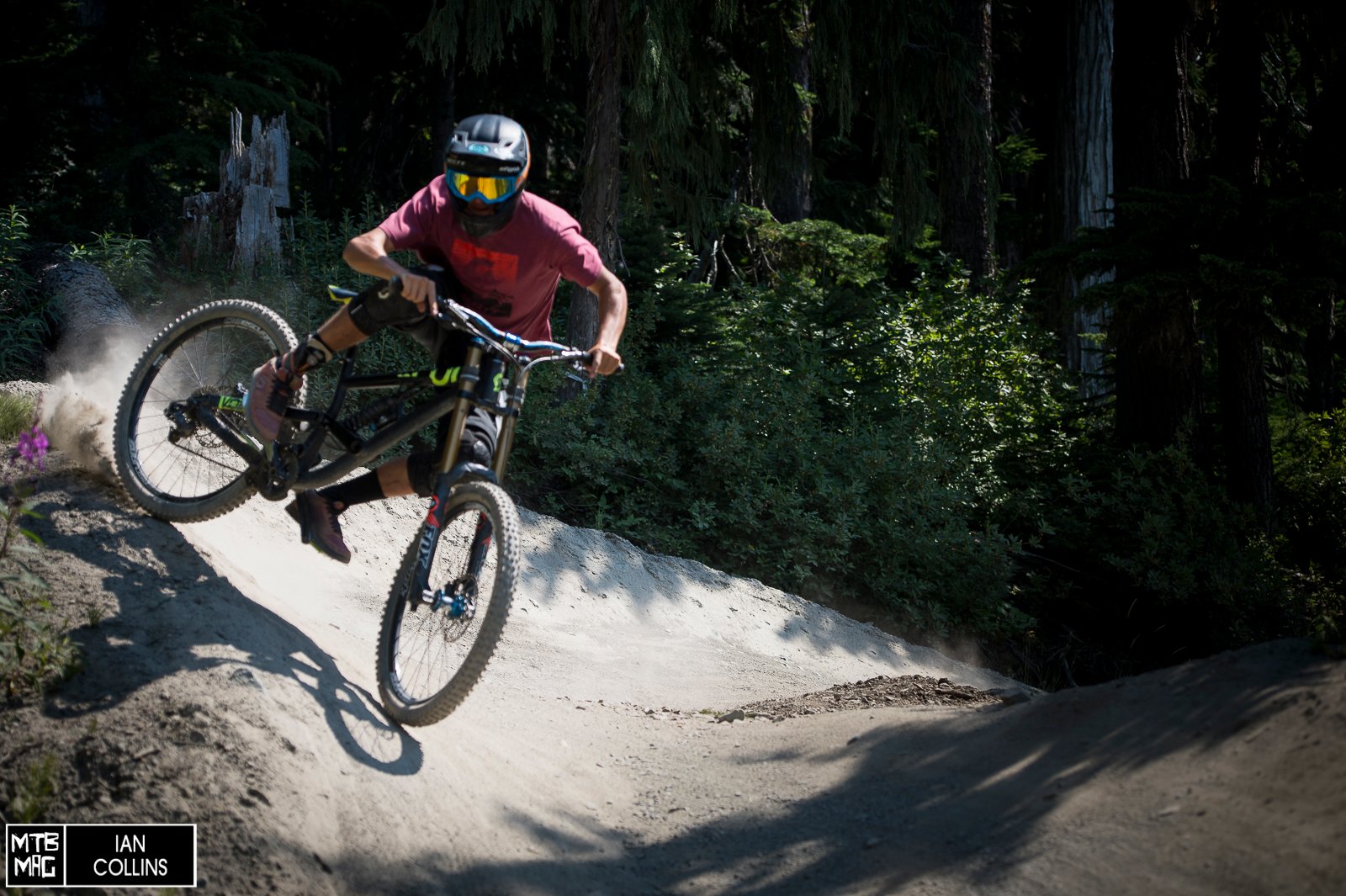 MTB – MAG – Have you ever raced in the past? Are there any other sports that you’re into? Snowboarding, Skating, Croquet?

Vinny T – Non, I never competed in DH, just once or twice with friends for fun. I ski a little in the winter but mainly I just ride bikes. 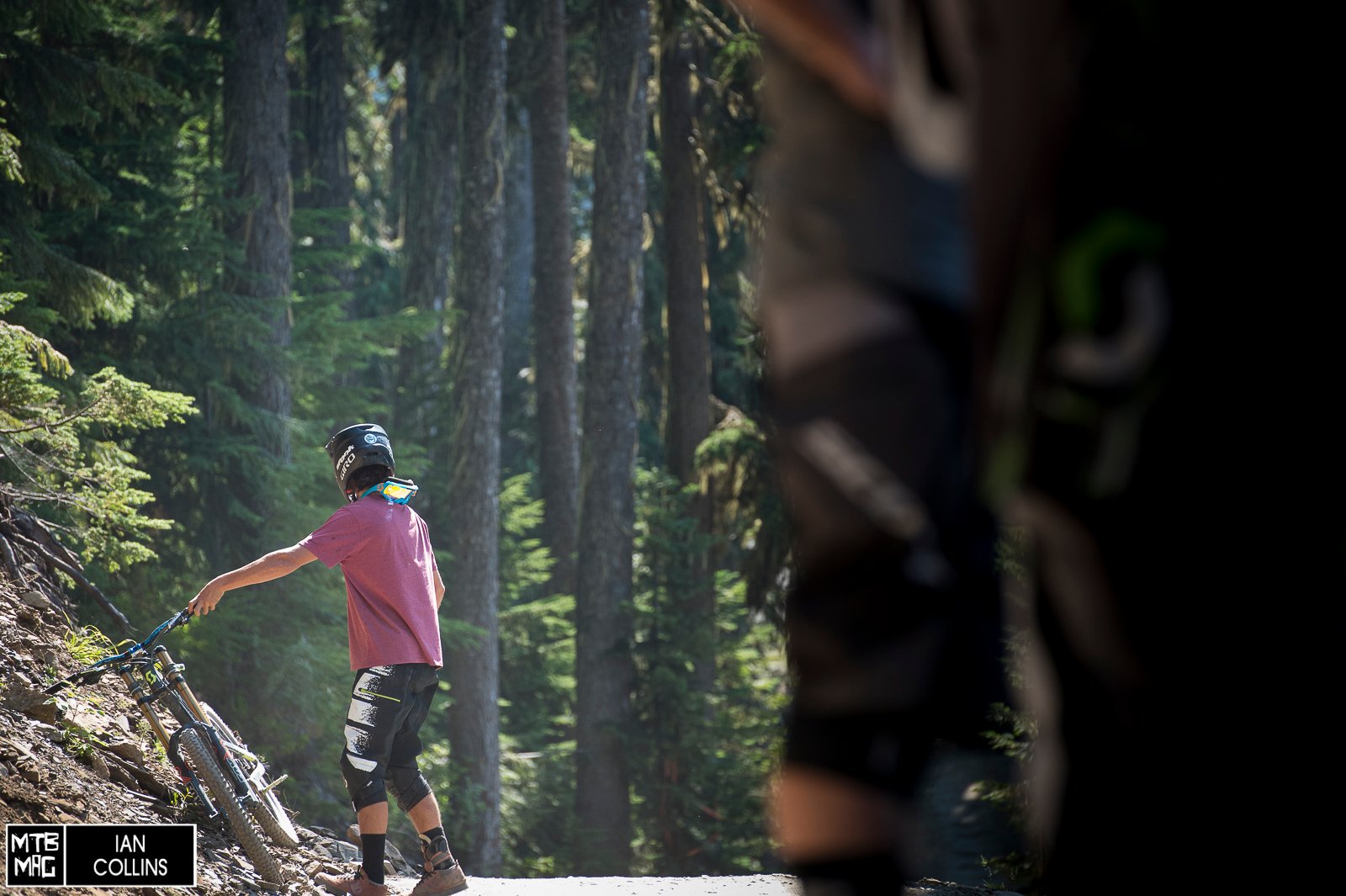 MTB – MAG – Your weapon of choice is the new Scott Voltage. As a bike park slayer, you seem to be the type of rider the bike was built for. Did you get to help out with the development? Regardless, how long have you been working with Scott?

Vinny T – Lately I have been riding the 2015 Voltage FR a lot. I love that bike! In the bike parks it is really the ideal choice. I spent a bit of time testing the prototypes last spring on my home trails with a bunch of other Scott riders filming with Gaetan from ShapeRideShoot and that was a lot of fun!

I have been riding for Scott for almost 2 years now. MTB – MAG – You took a pretty nasty spill at Whip Off Worlds – hate to bring up a sore subject, but we hope you’re healing up well. What happened there? Did you still make it to Kurt Sorge’s invitational? If so, how’d that go?

Vinny T – Yes, I fell pretty early on at the Whip Off Worlds. Luckily, I didn’t break anything and I can get back on the bike soon. Actually, my derailleur let go on the landing of the third one and I didn’t realize. I wanted to keep going and whip the hell out of the next jump. When I whipped the chain went into the spokes and stopped the back wheel sending me forwards onto my head and shoulder.

My Whistler trip was only booked for 10 days, so unfortunately I missed Kurt’s invitational 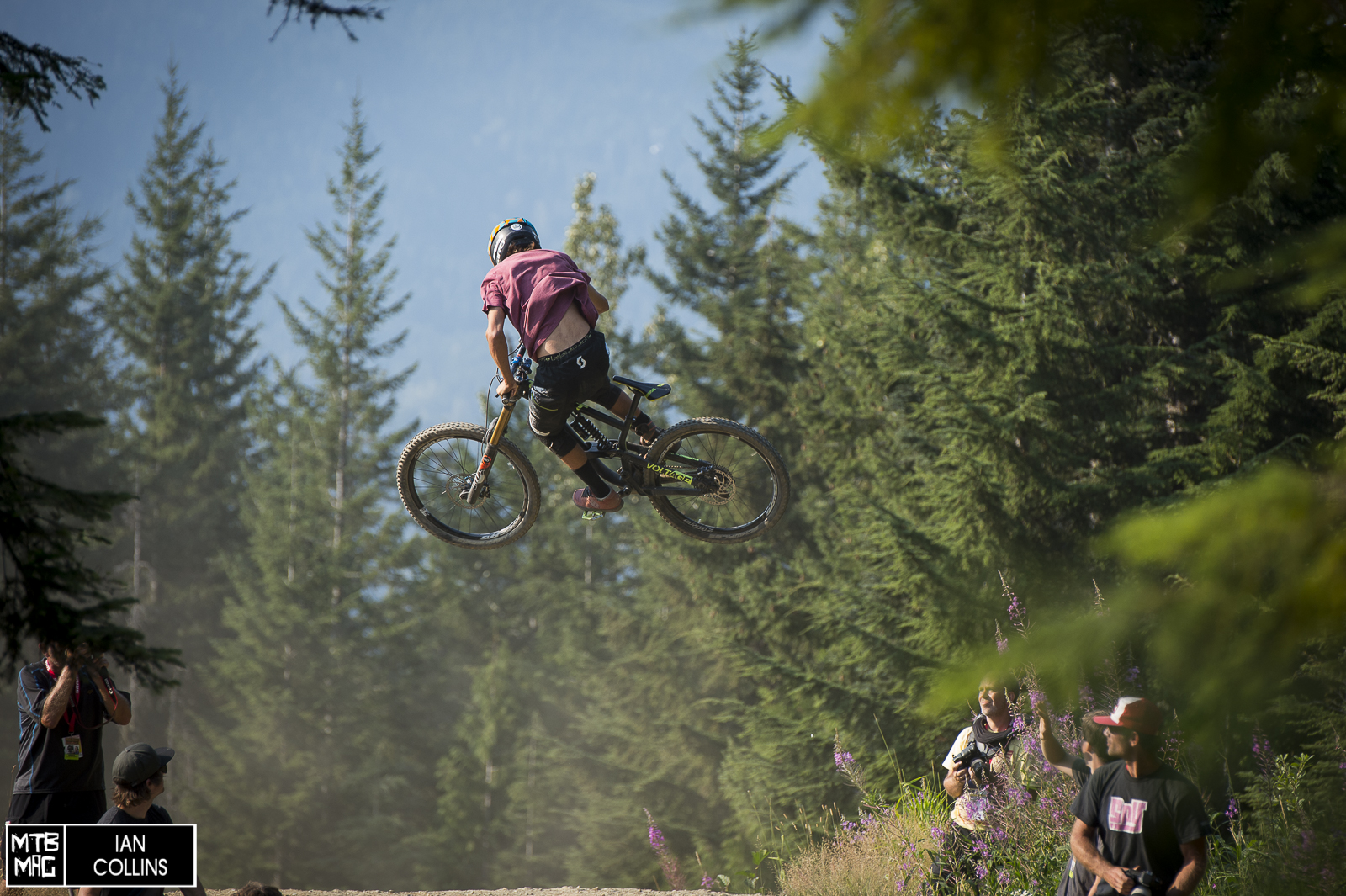 MTB – MAG – Is there anything new and exciting coming down the pipe for you? What does the future hold for Vinny T?

Vinny T – Nothing totally planned yet but I will continue to shoot videos with ShapeRideShoot, and also go riding with Nico Vink on his huge jumps at Royal Hills in a few months. Nico is also planning on coming to my home trails this winter and we will build some new lines so keep an eye out. 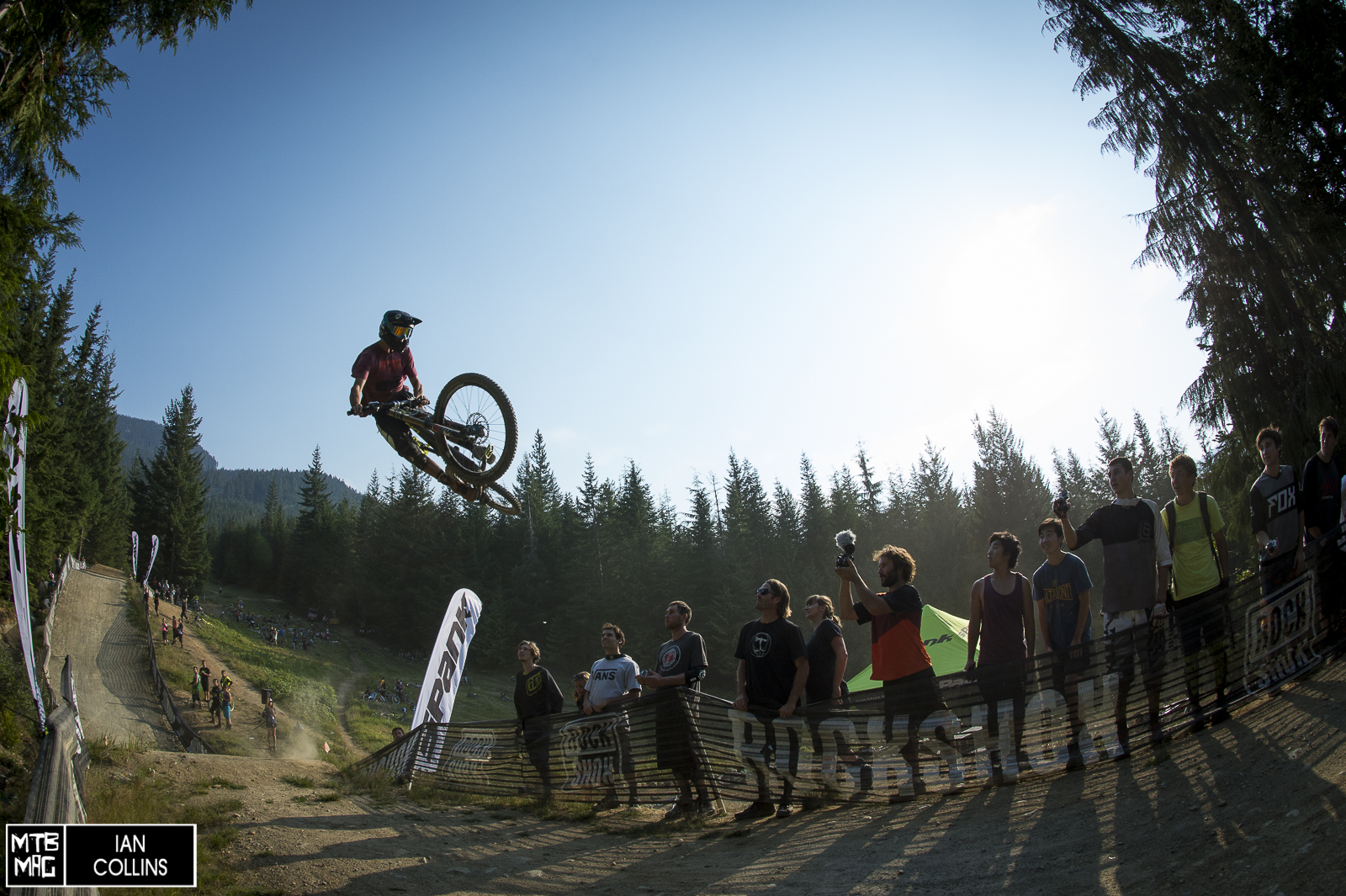 MTB – MAG – We will definitely be keeping our eyes on you. Thanks for checking in with us, it was awesome riding with you at Whistler!