Is Electronic Shifting our AXS to the Gearbox World?

Is Electronic Shifting our AXS to the Gearbox World?

My folks recently came to town for a visit from the East Coast, and amidst a brief catch up, my Father asked me what’s new in the mountain bike world. Interestingly, I had just gotten my first ride aboard the Trust Performance “The Message” linkage fork. All I’ll say at the moment is that the fork has left me with a lot on my mind, pondering its potential as travel increases. Anyhow – being the curious type, my Dad pressed me a little, asking what I think would be coming down the line. What else could be as much of a game changer as say, the dropper seatpost…?

It’s been a while since we’ve had a good shake up that pissed off all the consumers. Boost hub spacing, Metric shock spacing, are passé, so what’s next…? Despite how disruptive those transitions were, I do see the utility in them and certainly do not deem them to be a devious, conspiratorial plot that brands schemed up to waste your hard earned money. 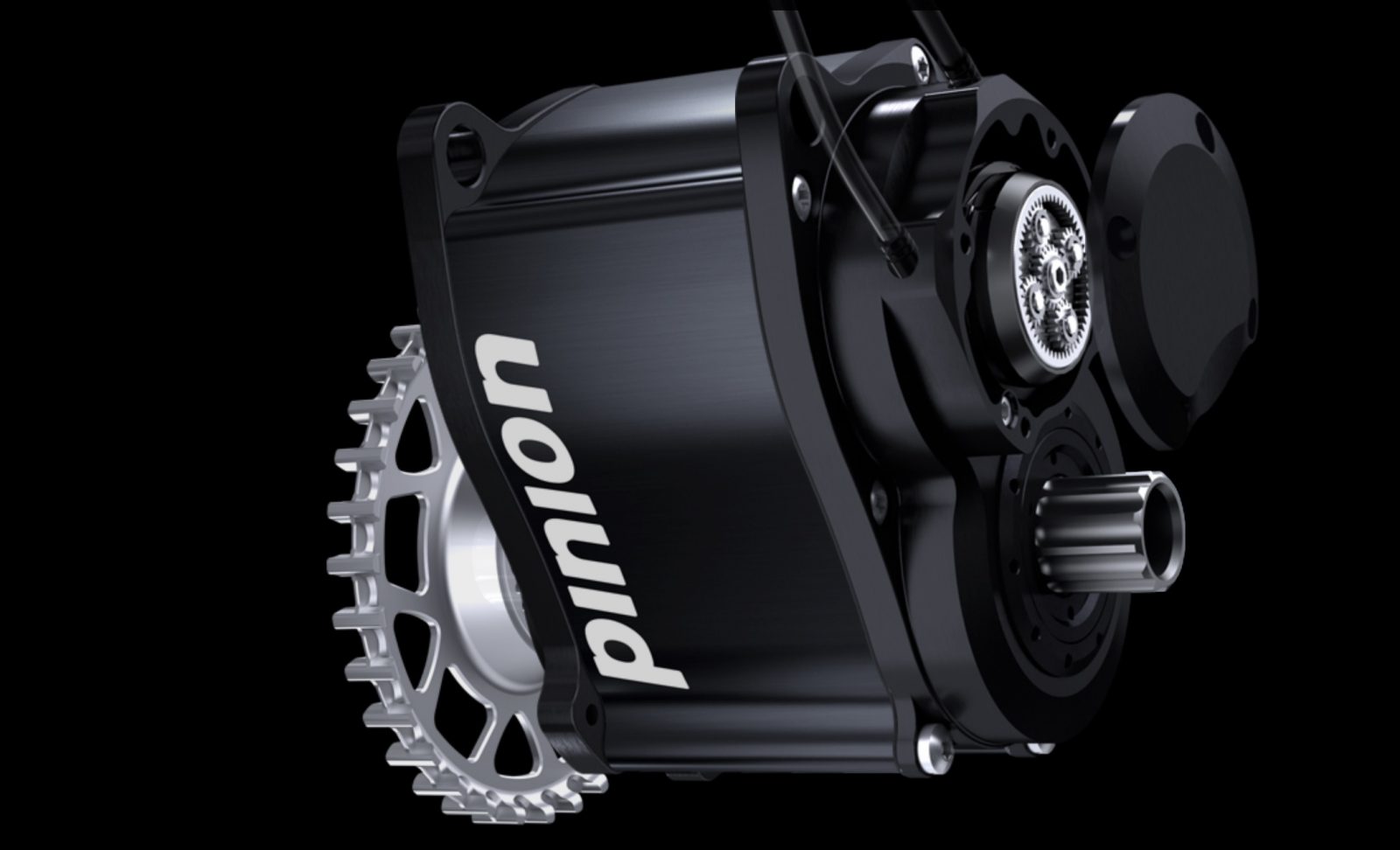 Two cables going into a complex, but fairly tidy system. Imagine being able to adjust it with your phone…

Anyhow, my brain immediately went to gearboxes, which I often ponder. Shifting has gotten SO, DAMN, GOOD these days, but, there is one lingering problem, which keeps getting more problematic as drivetrain range keeps expanding and derailleur cages get longer. Derailleurs are still evermore exposed (Eagle models are about 5-6″ from the ground with 27.5″ wheels) and very expensive to replace after a wayside encounter with an errant rock or branch. So in my mind, the rear derailleur is the Achilles heel of mountain bike design, and thus needs to go. ASAP. 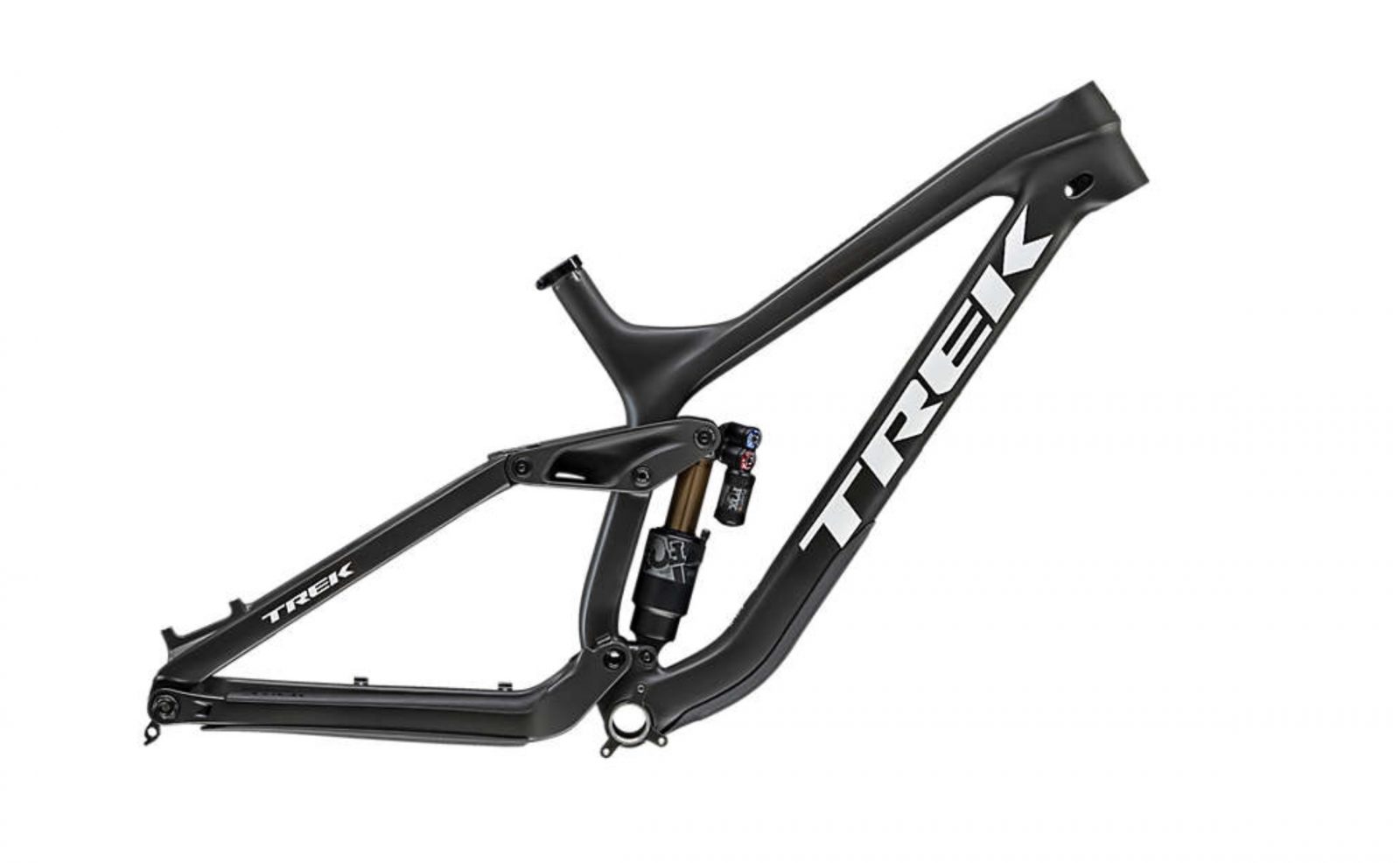 The “four bar” is far and away the baseline suspension layout for the majority of full suspension MTB frames.

Then I went right back to the usual downsides of gearboxes and reasons why they haven’t taken hold. First and foremost is the fact that gearboxes can only go mainstream when brands accept new standards where frames and drivetrains intersect. This isn’t as much of an issue with hardtails, but on rear suspension, not all designers and engineers agree on design and layout. However, the views have narrowed and variations of a four bar linkage are far and away the most popular these days. How many times have you heard “looks like a Session”??? In the motocross world, things eventually all ended up with a similar design, and for good reason, but you don’t have a bunch of idiots droning on about how a Kawasaki “looks like a Honda”. Anyhow, the range of mainstream suspension designs has narrowed down enough that a titan of industry like SRAM or Shimano could introduce a design that would integrate with a broad four bar suspension layout that adheres to certain standards. 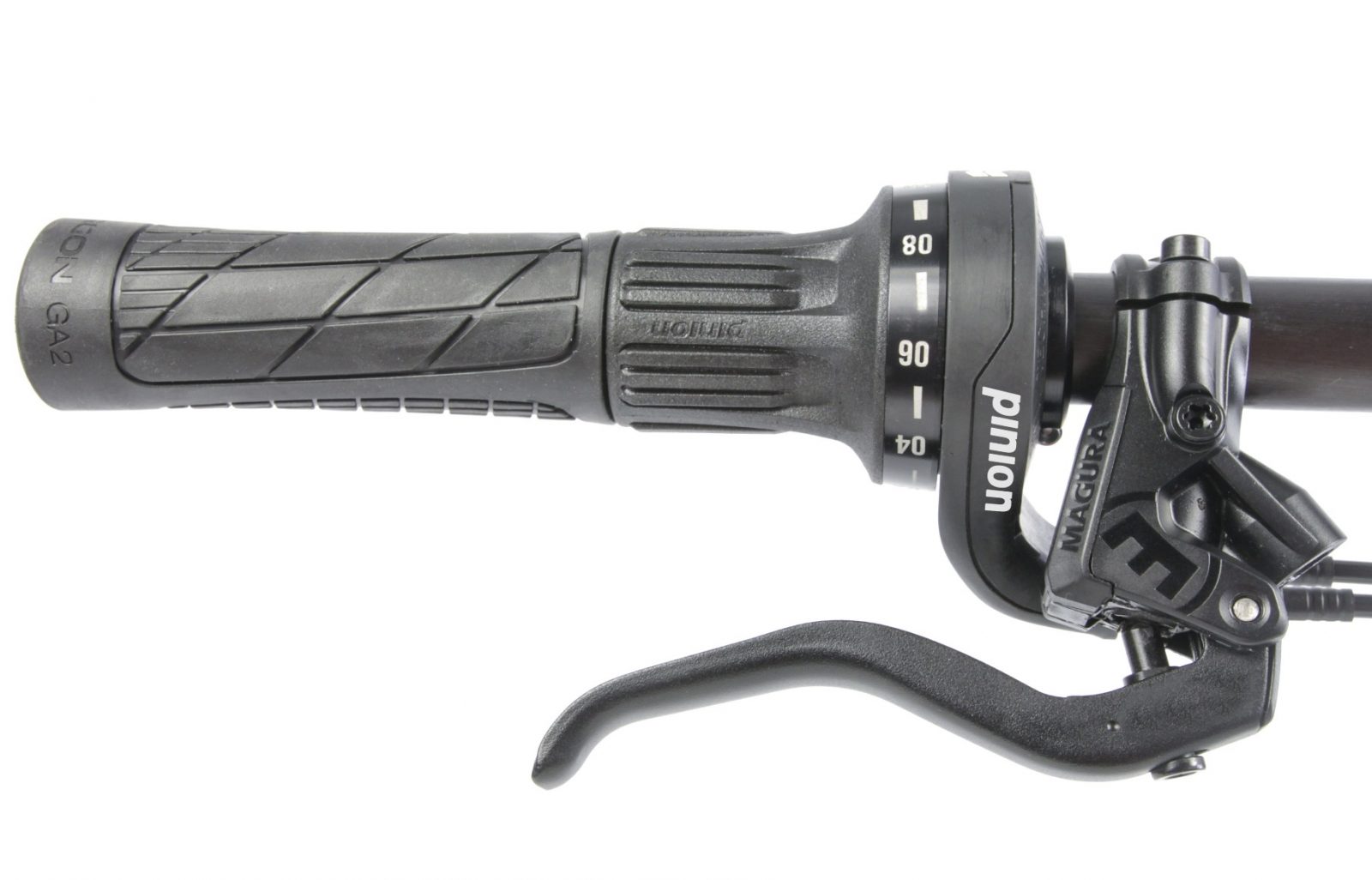 This is what gearboxes are limited to. Grip shift and double the cables…

The other major flaw is the uncomfortable, counter intuitive shifters. They typically require two cables, which means additional cockpit spaghetti and the need to use grip shift (as opposed to a trigger shifter) as well as other unsavory nonsense. Admittedly, it’s something that’s prevented me, personally from having any interest in a gearbox system.

So, coming full circle, lately I’ve been pondering AI (artificial intelligence) and recently heard an extremely unnerving quote from Marshall McLuhan, a brilliantCanadian futurist who predicted the Internet long before its inception. On AI, he surmised: “Man becomes, as it were, the sex organs of the machine world, as the bee of the plant world…” 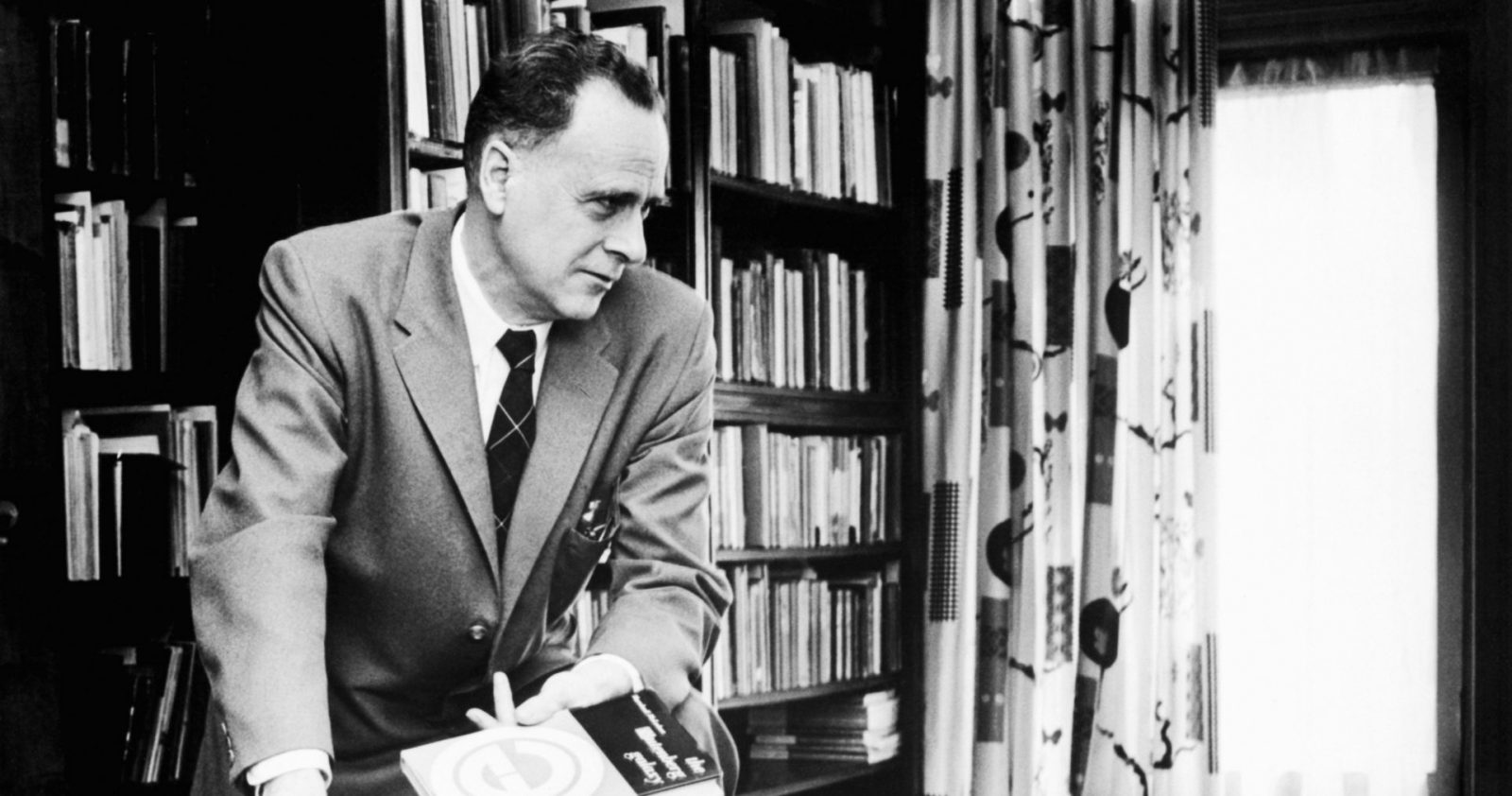 My epiphany was, on a far less chilling and daunting level, what if electronic shifting will be the gateway to finally seeing gearboxes go mainstream in the mountain bike world? If anyone could fully integrate, it would most be certainly be SRAM. They are way ahead of the game in their electronic shifting with AXS, and drivetrains in general for that matter, in my opinion. There is also the fact that RockShox is part of the SRAM family, so that would only help with selling a gearbox system that plays nice with suspension as part of a “total package”. 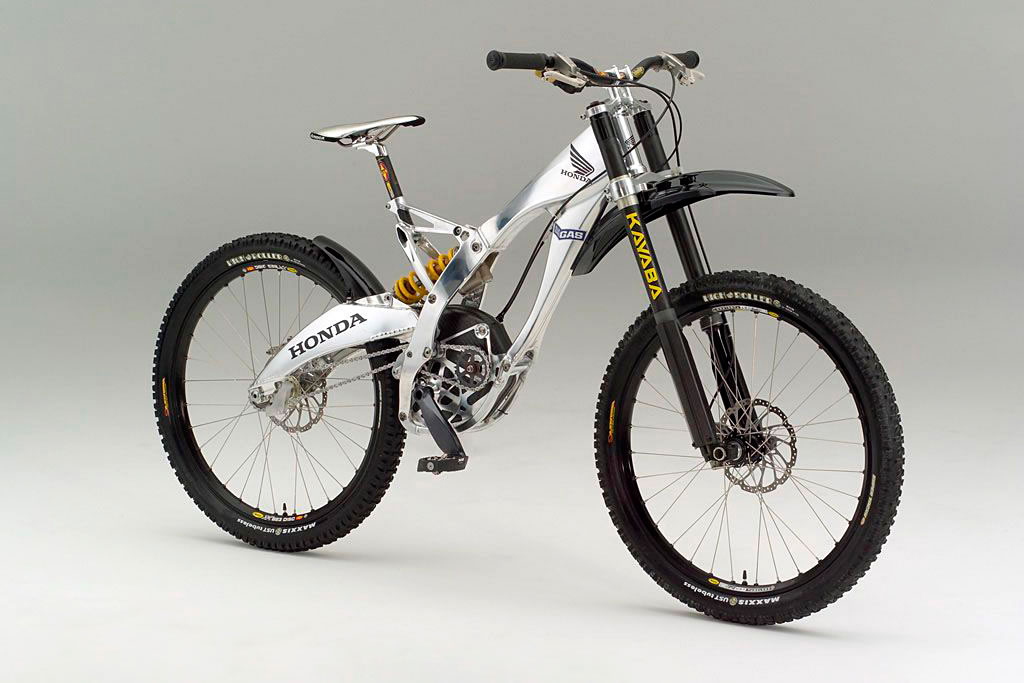 There are a plethora of reasons that electronic gearboxes could come to fruition. Electronics would rid the gearbox world of the dreaded cables which add unnecessary complication. You can also fine tune AXS from the shifter as well as a smart phone.

While Eagle AXS is a brilliant drivetrain, it doesn’t rid the rear derailleur of its vulnerable positioning, and could be merely serving as a testing ground which will lay the foundational groundwork for a SRAM gearbox in the future. Keep in mind, gearboxes don’t necessarily need to be as complicated as the internal workings of a Pinion system, or a Rohloff hub. For example, while speculation ran wild about the inner workings of the Honda RN-01 that Greg Minnaar piloted in the early 2000’s, it turned out that there was essentially just a derailleur housed inside of a casing above the cranks. No fluff, no magic, nothing too revolutionary. 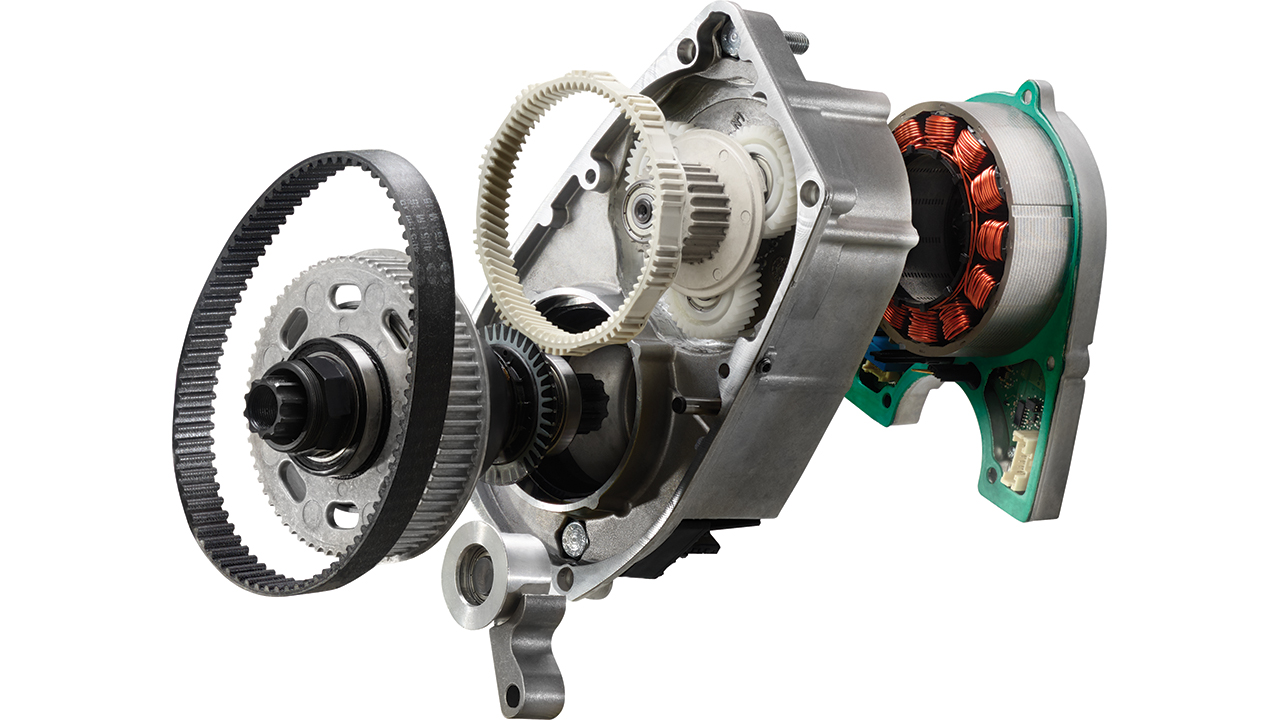 Let your imagination run for a moment and think of the possibilities…Additionally, with all of the practice that engineers have had designing e-bikes, you would think that integrating a well executed gearbox into the mix would be a piece of cake.

Lastly, this might sound like tin foil hat conspiracy stuff, but AXS (read: access) is certainly a compelling name. Time will tell, but if it does happen, you heard it here first…