The Jach’a Avalanche, in the Sorata region of Bolivia fuses an extreme descent with a spirit of adventure! 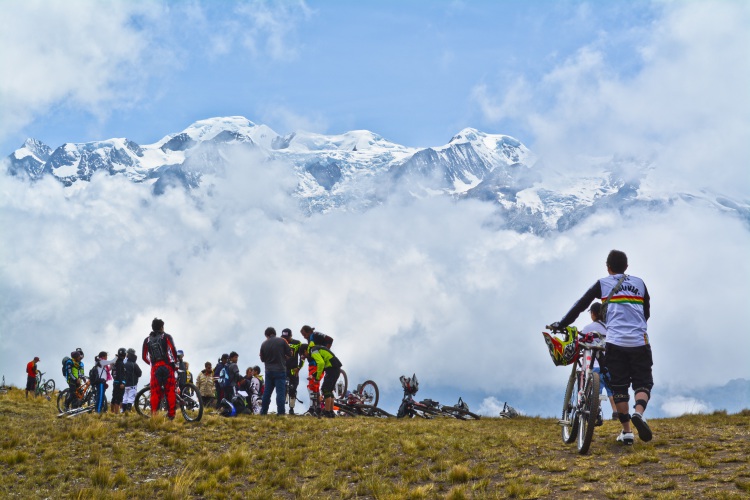 The Word “Sorata” is derived from the Aymará word “Shuru-Ahta” which means “brilliant or shining peak,” this of course is due to its proximity to the nevado del Illampu, the imposing peak reaches an altitude of over 20,000 feet. The route for the race itself includes a variety of terrain, weather, and vegetation changes that astonish both the national racers and the international racers alike. The route starts in the Alpine environment and descends down to the tropical valleys below for a truly unique experience! 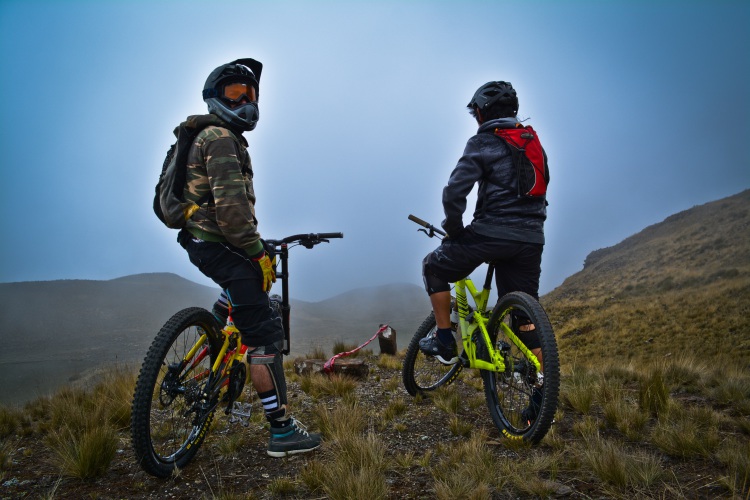 The competition, whose name “Jach’a” comes from the Aymará definition: “grand,” is advertised and billed as the “most fun event in Bolivia.” For this year’s adventure, competitors from many different countries participated, including: Canada, Peru, United States, Germany, Australia and New Zealand. A total of 65 racers entered in this extreme adventure. 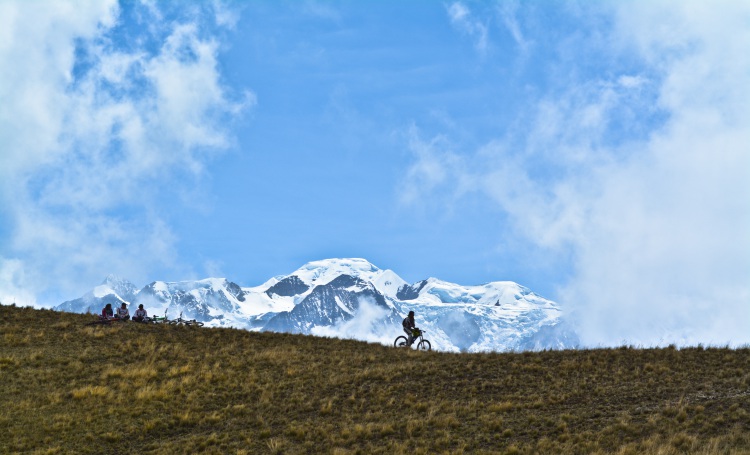 For 2014, the event took place over two days, and had two timed stages and the traditional symbolic “urban” finish which was not timed. Both timed stages included the mass start and a variety of singletrack and doubletrack sections. 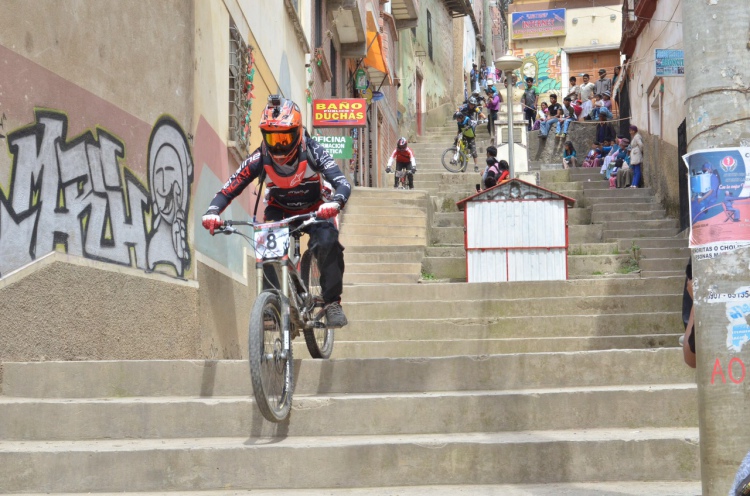 Although the majority of the route is downhill, there are also sections which require ascending. These are thrown in as a sort of curve ball for the competitors and truly challenge their will; after all, they are in a high-altitude environment which adds to the overall difficulty of this event. 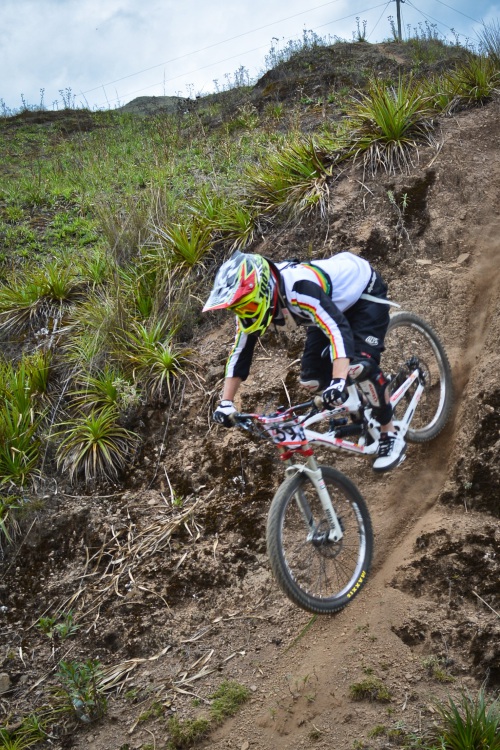 Top South American riders such as Yannick Wende, Mauricio Jordán, Travis Gray and Jubert Guachalla were a part of this past year’s Jach’a Avalanche. Each year the event adds more and more names to its list of participants. 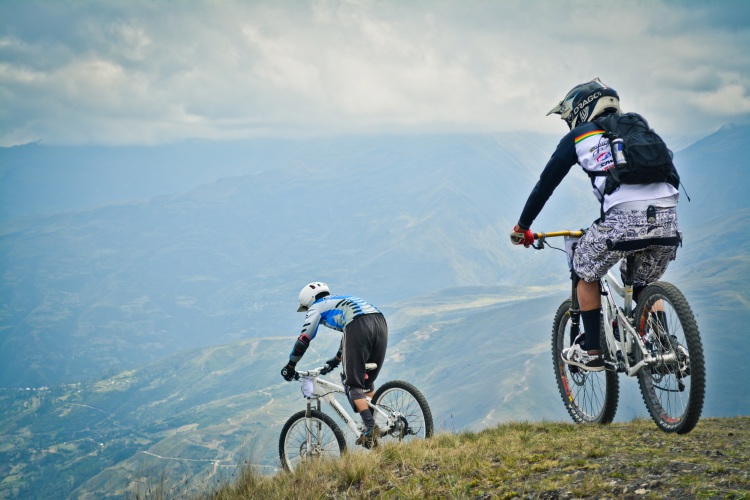 The mass start of the first stage starts from “Loma Loma” down to Sorata and the second stage initiates at Chuchu down to Laripata each stage is a total of around 20km (12.4 miles). The categories for this past year’s competition were: Pro (open), “General” (ages 15 to 40) and “mayors” (ages 40 and up). 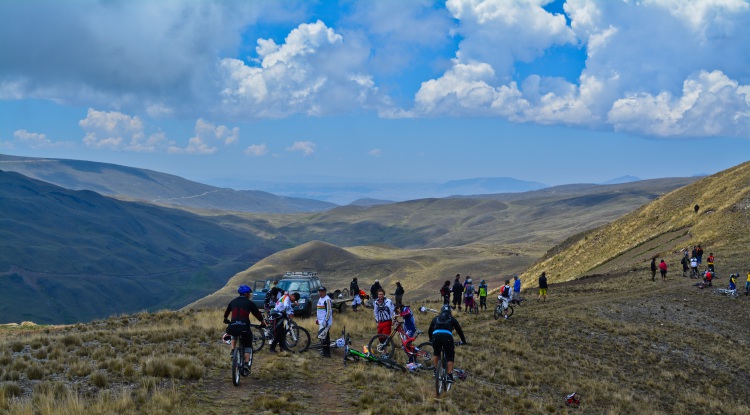 Perhaps the most unique part of this event and most other events in South America, is the cultural component. For the Jach’a Avalanche, the local municipal authorities of Sorata greet the competitors in the main plaza with wreaths, and after the congratulatory ceremony, a traditional communal lunch or “Apthapi” is arranged. Individual families prepare dishes for the competitors, which allows the racers to enjoy unique and traditional dishes from the region in a festive and social environment. 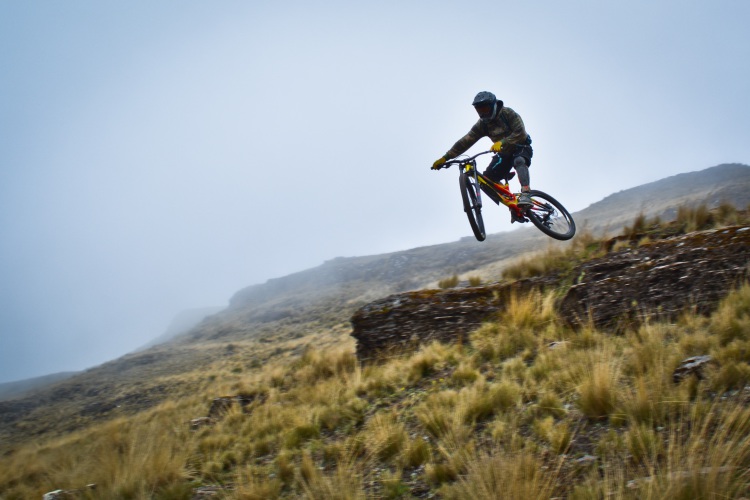 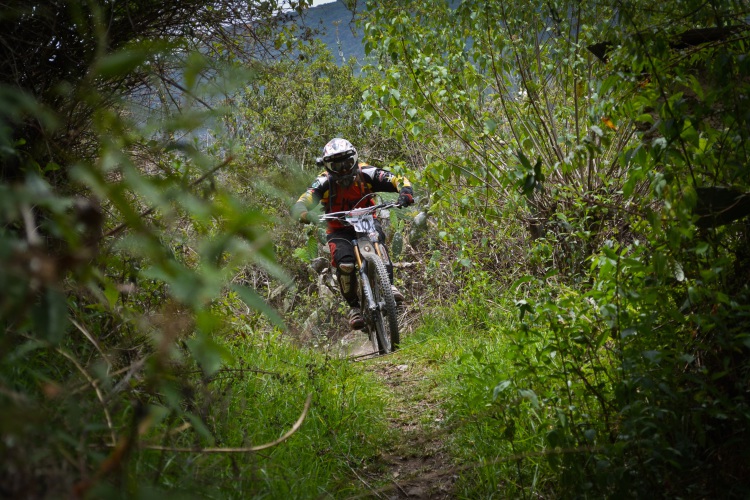 “I have ridden my bike in the Sorata region for more than 16 years; I have fallen in love with the trails, the people and the mountains, we have showed this area to Bolivians and foreigners alike. The idea was to have a race, and every year that we hold it, it grows. We are working towards having this race continue to grow and eventually make it a premiere international event.”

“In the beginning, we wanted to look for areas and zones to ride, once we identified routes, we thought of organizing races in which friends would be able to familiarize themselves with these spectacular areas. We have worked with the municipality of Sorata to open even more routes which is allowing the event to grow. The sport is growing here, and competition is also improving, every year the participants are more and more competitive, and that is a good thing!”

For 2015 the event once again will take place over the course of two days: Saturday 26th and Sunday 27 of September. More info can be found at: https://www.facebook.com/gravitybolivia?fref=ts or email Gravity Bolivia at: [email protected]