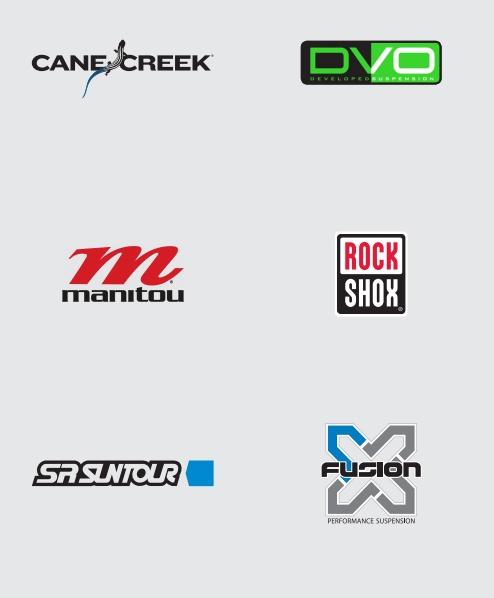 The new lengths are based on metric dimensions instead of the imperial-based dimensions of most current shock offerings. Cane Creek, DVO Suspension, Manitou, RockShox, SR Suntour, and X-Fusion are each working independently to develop shock options within their own product lines, and each brand will announce its metric sizing offerings separately.

A significant number of major bicycle manufacturers have recognized the advantages metric sizing offers frame design, and will be introducing new bikes equipped with metric rear shocks in the near future.

Though the group is enthusiastic about the future of metric sizing in suspension, each company says it will remain committed to supporting its imperial shock sizes as long as market demand is relevant.