The series, announced earlier this year, has expanded to four rounds, with two of New Zealand’s most iconic destinations, Nelson and Christchurch, being welcomed into the fold.

Nelson and Christchurch will form the last two races of the series respectively, with Derby and Mount Buller kicking the season off in style this December in Australia. 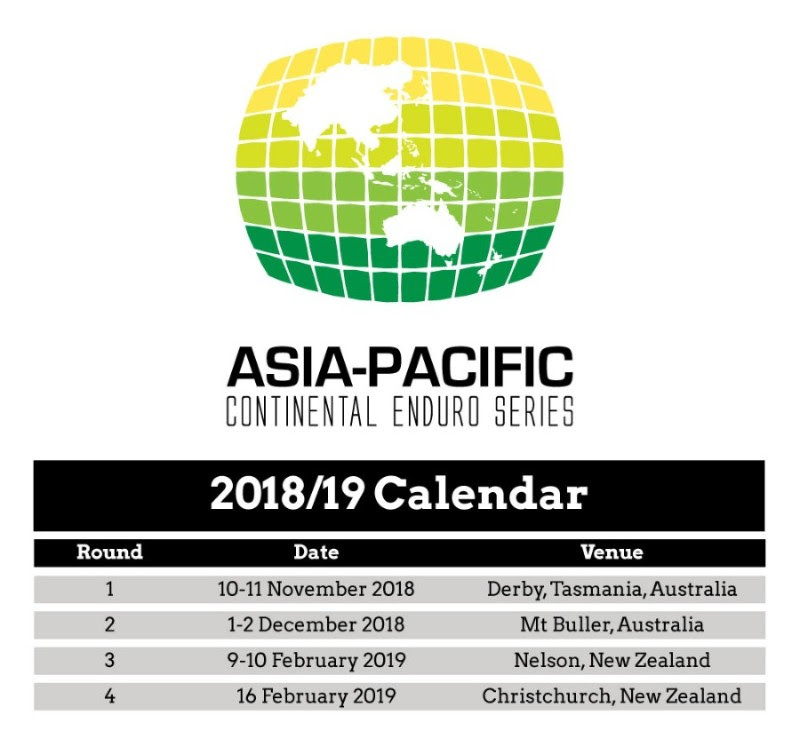 First of the new venues is Nelson, lying at the northern tip of New Zealand’s South Island. The riding here is famously steep and technical, and riders entering the Aorere Enduro be assured of some world class singletrack.

Paul Jennings of the Aorere Enduro said: “Nelson is an extraordinary place to ride a mountain bike and we are excited to have the opportunity to introduce even more riders to it as part of the Asia-Pacific Enduro Series. Nelson Tasman has over 200km of hand built singletrack – ranging from deep native forest flow through to steep and techy gnar – and we’ll be exploring the very best trails in the Aorere Enduro.

“As the sunniest city in New Zealand, surrounded by high mountains, native forests and the Tasman sea, visitors will experience everything that is great about New Zealand during the four day event – but come prepared, this is going to be a long, tough and challenging race in the tradition of Nelson Mountain Bike Club’s big enduros. It’s going to be rad.”

Staying in the South Island, the new Asia-Pacific Enduro Series Champion will be crowned at the final round in Christchurch. Taking place in the newly renovated Christchurch Adventure Park in the Port Hills above the city, expect some exciting new trails to test even the most seasoned of riders.

“For us, It is a great way to promote the quality of trails we have on offer here in Christchurch and to showcase the Park to an international audience. We also have a wealth of talent here in Canterbury and around the South Island who I know will relish the chance to compete in a high profile event so close to home.”

The series is designed as a stepping stone for up and coming riders to hone their skills closer to home, as well as compete for the coveted new Asia-Pacific Enduro Series title.

Chris Ball, Managing Director of the Enduro World Series, said: “It’s exciting to see enduro spreading across the globe, and there is a definite need for some races that bridge the gap between local events and the main EWS races.”

“Riders are familiar with the trails in Tasmania after the EWS visited last year, so it’s great to see  some new venues in the form of Mt Buller, Nelson and Christchurch on the calendar too. We all know the calibre of the riding talent in Australia and New Zealand so it will be very interesting to see who picks up the series title in Christchurch next February.”

For more details on any of the races in the Asia-Pacific Enduro Series, including dates and entry information, click here.

[Video] Home and away with Danny Hart