It almost seems as if 29″ wheels are taking over, even in the long travel realm… A few weeks ago we were invited to Spain, in Ainsa to be precise, on the same tracks where the EWS stop was held, to experience the new Meta AM 29 in person.

The Meta AM 29 is not new: we saw it under Cecile Ravanel in the French stage of the EWS, conquering everything in her path, propelling her to the highest step of the podium. Below we go over all the specs and our first ride impressions of this new, formidable beast.

29″ wheels, 160mm of rear travel combined with 170mm forks, and a 65.5 ° steering angle. The new Meta of AM basically defines a new category: it’s in effect an aggressive enduro bike. The shift to the 29 “wheels meant a huge change for the Commençal enduro model: the larger wheels required a virtually all new design to take full advantage of the potential of the larger wheel size format.

From an aesthetic point of view the Meta AM 29 is very similar to the old version. The rear shock is still mounted on the top tube, the dropouts are the same, as is the headtube area. But the similarities are limited to these 3 elements, everything else is new. 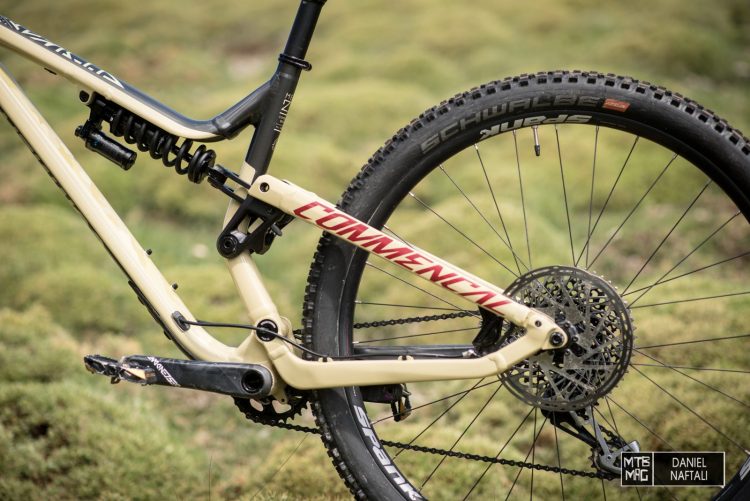 The suspension scheme is still a single pivot layout in Commençal tradition, but the kinematics have been substantially modified. The position of the main pivot has changed, sitting further back. This allows the bike to be more active and, above all it boasts better pedaling efficiency and reduced pedal kickback. This is very important during the long stages of modern enduro races. 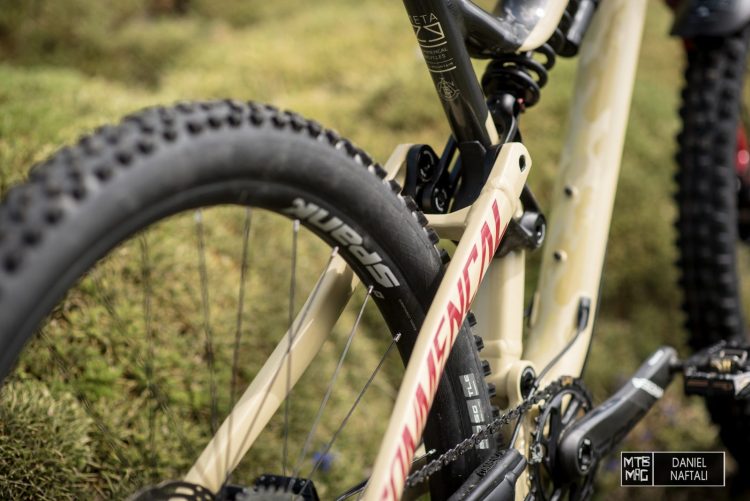 Larger wheels, however, are less rigid and since the rear end is longer, the frame can also lose stiffness. For this reason, a solid reinforcement was added between the seatstays and the whole frame was optimized to be much stiffer than the previous version, with updates such as spreading the distance between bearings at the main pivot.

Looking at the geometry we realize that the new Meta AM is really aggressive! The 65.5° head angle and the 160-170mm travel range stands out immediately. The rear end is not overly short (432mm), but still impressively tucked in for a 29″ wheeled bike. The Reach is quite generous, which stretches the bike out, making it more stable and, perfect to use with a short stem, following new trends in geometry.  As for the seat angle, don’t be fooled by the numbers: the value of 66 ° is that of the actual angle, the more relevant, effective seat angle is much more vertical, in line with the trends of modern frames. 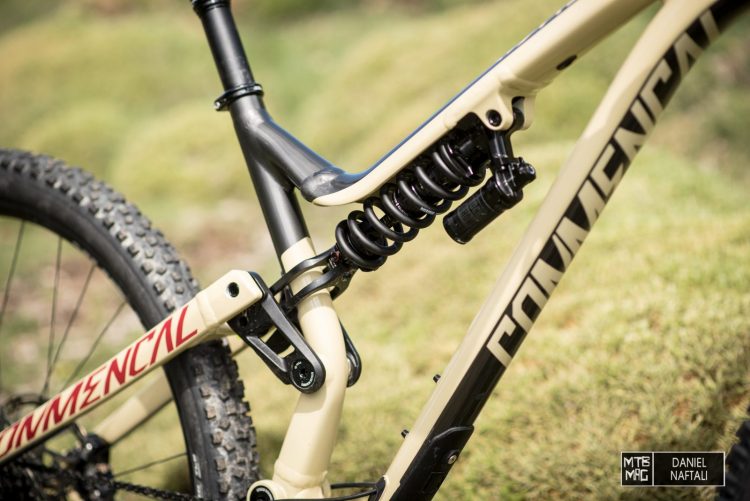 Apart from the entry level set-up (Essential), the two upper end versions of the Meta AM 29 come with a coil sprung shock out back. In reality, the improved pedaling efficiency of the new chassis offsets some of the compromised pedaling from a coil, while allowing  for both high sensitivity on small bumps and good pedaling, with the main, big advantage: the coil sprung shock suffers significantly less from overheating, working far better than its air sprung counterparts on long descents.

In any case, the Meta AM platform is also well suited to air shocks, especially for riders who want to save weight. Everyone has the option! 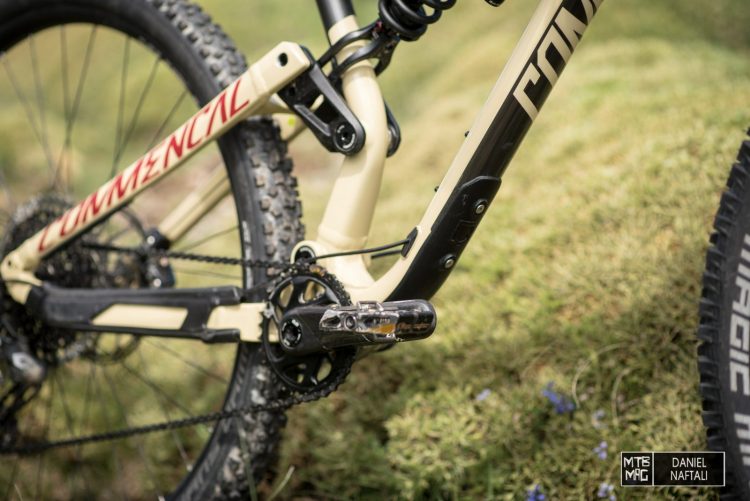 A slew of other improvements have been made as well. First of all the protection on the down tube and on the chainstay is now made from very thick rubber, which was revised to make riding as quiet as possible. The cable routing in the bottom bracket area has been improved, with a mount fixed to the axle of the main pivot. The front end is watertight, to prevent water from getting inside when washing the bike. It is possible to comfortably fit a water bottle above the down tube and there is a second mount under the down tube. It is a less than ideal position for an actual water bottle, however it’s quite suitable for accessories and/or tools. 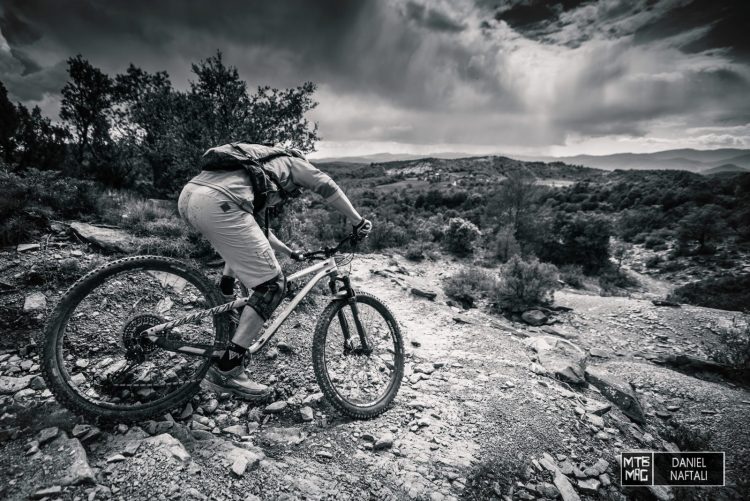 Now we arrive at the most interesting part: how did the new Meta AM 29 actually  perform in the field? We had the chance to test it for two days of intense riding on the trails of Ainsa, Spain, in the Pyrenees. In the Zero Area, where we found beautiful, rocky singletrack and highly varied trails with plenty of rocks and ripping sections.

For the suspension setup we relied on the new Trailhead Rockshox application, where upon entering in our personal data, and implementing the suggested settings, the fork felt spot on immediately. 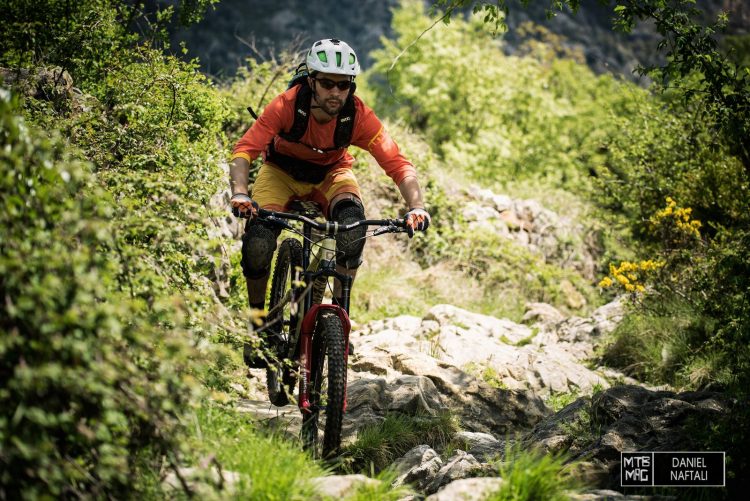 The setup with Meta AM required a little bit of attention. Used to a rather low front end, the 30mm rise Renthal bar combined with about 2cm of spacers under the stem made the position of the handlebars too high. We proceeded to remove as many spacers as possible, remaining with a front end that was still rather high, which required some adaptation.

Our first impression on the Meta was: “this bike crushes everything!”… Between the high front end, the slack head angle, and bump swallowing 29 “wheels, the bike grinds up any obstacle and spits it out.

Capacity to mow down obstacles is just one of the advantages of this bike. You do not have to worry about where you put your wheels, you can focus on optimizing the lines and, if you accidentally end up off line, usually nothing adverse happens. On successive, mid sized hits and rock gardens, the bike doesn’t lose speed like you’d expect, keeping its speed nicely where other bikes tend to slow down more under constant impacts. On the climbs the bike is stable, but it is certainly quite heavy. We believe that the combination of Spank wheels and Super Gravity tire casings have a significant and negative impact on the weight, and we’re sure that with lower rotational weight (even if the wheels/tires are less sturdy) this can greatly improve. On the other hand, it is excellent on technical punches where, once “in motion”, without batting an eyelid the Meta rolls over every type of obstacle, rock, step or stone in its path.

We also faced a long ride on a steep road that then transitioned to a trail with numerous technical sections. With a locked out rear shock, to avoid losing too much energy, the Meta climbs very well. The seat angle is rather steep and the bike efficiently climbs up offbeat and technical sections without sinking down too deep in its travel. The high front end didn’t help, but with the necessary calm and an agile pilot, you can climb without too much difficulty, even on long and demanding ascents. 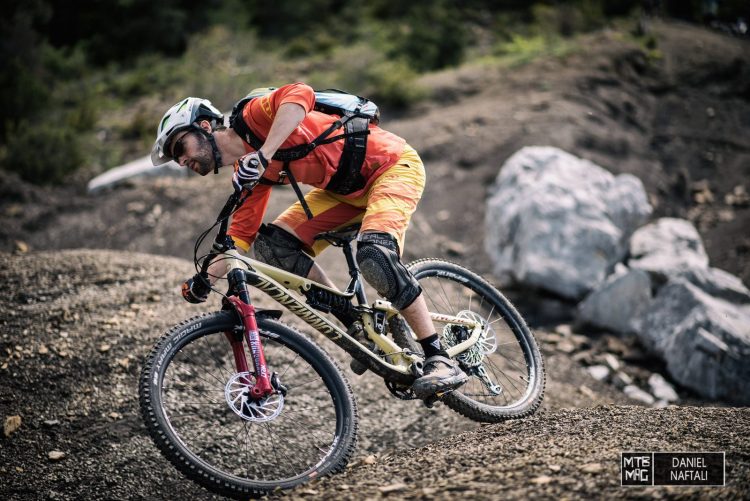 We were initially skeptical about the Meta regarding its manageability. 29″ wheels, a long reach and a super slack head angle: on paper the Meta seems like it would be anything but agile.

Actually the impression was quite different in the field. On one hand you definitely need to “take control”, once you have adapted your riding style, anticipating and approaching turns accordingly, the Meta is really fun. Of course, we can not say that Meta is razor sharp on quick changes of direction as it’s quite a lot of bike. With that in mind, it is the type of bike with which you have to straighten out the corners as much as possible. You’ll need to really look for the straightest lines, which are the fastest anyway. 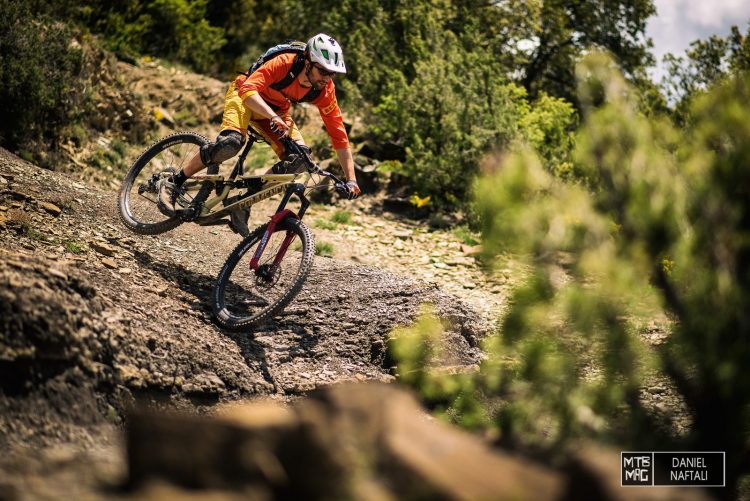 It was however once we made a “race simulation” that the true nature of the Meta came out. Descending without stopping, retracing the route of an old EWS stage. Trying to follow the lines of Cecile Ravanel and Anne Caroline Chausson, made for a very fast “special test”. And it is precisely under race style guidance that the Meta gives its best. When you’re tired and your vision becomes clouded, the Meta will amaze you in how well it keeps you in control. You can tackle blind terrain incredibly well, but you’ll be rewarded by keeping speed in the turns and staying in the middle of the track, as bike does the rest.

Of course, two days of testing are not enough to provide an exhaustive judgement on a bike, but the first impressions on the Meta are very good. It is certainly not light, but on the downhills it is very, very good and it could lose some weight without breaking the bank.

Also, the Meta is the proof that aluminum is not dead. With the right design choices, you can make an excellent bike in metal, without the use of carbon fiber. By the way, all Commençal bikes are available only in aluminum, not carbon.

The Meta is a bike purely derived from the racing world, it is a bike designed to excel in downhills and it goes where you point it tremendously well for such a burly bike. It’s a bike with a strong downhill inclination, a truly aggressive enduro bike, which still gets you back to the top. Outside the tape, it is ideal for bike parks, but also for riders who frequent super technical descents and burly sections. That said, don’t expect it to perform as well uphill as it does down…

As we all know, Commençal has only been selling online for a few years now. The prices that we’ll see are therefore the final prices that you will soon find on their site.

The Signature set-up has it all. Fox suspension and a top-of-the-line package, for € 4399

The Team set up is the replica of the bike that Cecile Ravanel uses in the EWS. Rockshox suspension and a price of € 3899. This is the bike that we rode in Spain.

The Essential set-up is rather affordable and is the only one with an air sprung rear shock. For € 2999 you still take home a bike with a Lyrik and 1×12 drivetrain.