[ad3]
For some time now we’ve been waiting for RockShox to show off big brother to the Pike, and a couple of weeks ago we first spotted a photo of Jerome Clementz on a fork that appeared to be a new chassis. Well, here it is in all it’s glory : the new Lyrik. Not only does the Lyrik get some exciting new features, but along with the new fork are some other developments and updates to existing product from SRAM’s camp. Most notable is the Yari – a budget option fork available from 120mm-180mm. Some updates also arrived for Pike and Boxxer and a new Charger RCT3 cartridge is available as a replacement for older versions of Lyrik. Below we’ll highlight some of the details.

Like its predecessor, the intended use of the new Lyrik is Enduro. The fork uses 35m stanchions but receives an updated set of lower legs. The added travel and increased stiffness compared to Pike, combined with a rather low weight (27.5″ = 2,005 grams and 2,032 grams for 29″), make it ideal for those who love the features and feel of a Pike but want to get a bit rowdier out on the trails.

Travel options for the new Lyrik are 160mm, 170mm or 180mm for the 27.5″ platform, while with the 29″ Lyrik (as well as for 29 “+ and 27.5” +) you can choose between 150mm and 160mm. The former have 42mm offset and the latter have 51mm. As mentioned prior, the stanchions are 35mm in diameter and the increase in stiffness is accomplished by the beefed up lowers, which see a dramatic difference in layout compared to Pike…broader arch, beefier dropouts smart distribution of materials. A great deal of stiffness is said to come from the a new fork / wheel interface that SRAM has dubbed “Torque Cap”. Torque cap works with standard and boost hub spacing, and it provides more contact surface between hub caps and dropouts, thus resulting in better torsional stiffness at the hub.

The 2016 Lyrik is available in both Dual Position Air and Solo Air. Solo Air has been updated with a higher volume negative chamber that provides a more sensitive initial stroke. The possibility of using the Bottomless Tokens to change the compression curve used to only be available in Solo Air but is now an option in Dual Position Air. Additionally, the Lyrik now features SKF seals in both their cartridges and their lowers. SKF seals will be an aftermarket upgrade for Boxxer. Both Lyrik and Boxxer have internally adjustable rebound damping through shim stack tuning.

The second new announcement today by RockShox is the Yari. An entry level but robust enduro fork that isn’t shy on features. Available from 120-180mm, it covers most wheel sizes and starts at just $700. It’s cool to see trickle down like this from SRAM.

The major changes to Lyrik are the accommodation of most wheel sizes as well as internal upgrades like Solo-Air and the Charger damper with Rapid Recovery. The fact that Dual position air has been upgraded to utilize Bottomless tokens is HUGE.

Some of the innovations introduced on the new Lyrik also can be added the new Boxxer forks and Pike, which will be available from August 2015. The Pike 2016 tunable shim stacks as well as the option to use bottomless tokens for both Solo Air and Dual Position Air. Even the Boost Cap Torque system that the Lyrik and Yari feature will be available for Pike.

Both Pike and Boxxer will now be equipped with SKF seals on their Charger Damper as well as on their lower leg assembly.

The Charger RCT3 catridge will also be available for owners of the previous version of the 26″ Lyrik, from 160mm to 170mm of travel in both coil sprung or air sprung versions. The kit with which the cartridge is sold includes all the internal parts for the right leg, to easily replace the cartridge with all new components. Also provided is a syringe kit and two bottles of specific oil. 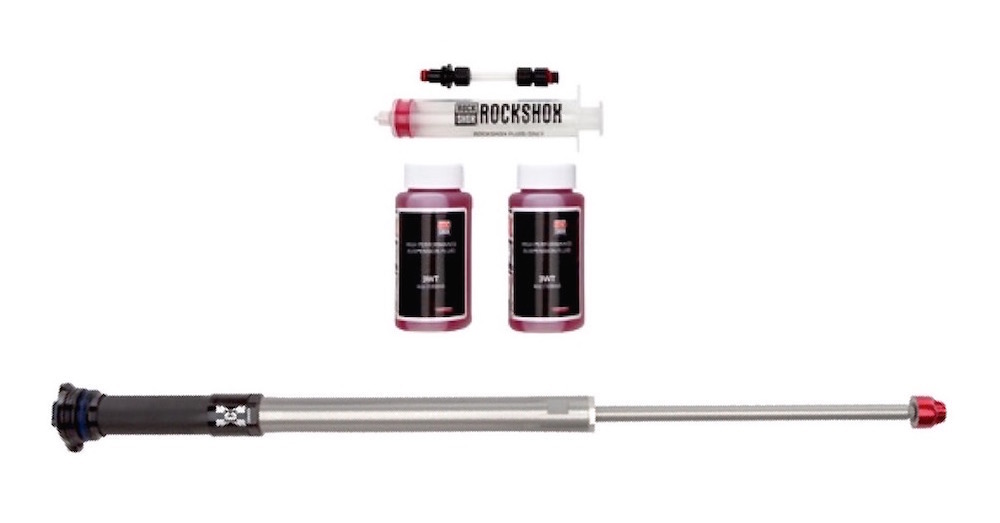 We will have some tests coming up on these new products in the next few months, however – most of the become available to consumers around October 2015.