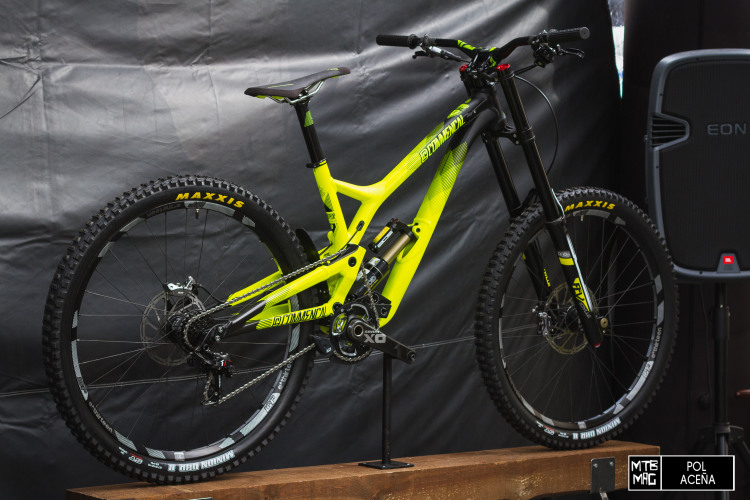 For a few weeks now we’ve been seeing some spy shots pop up here and there of a new Commençal DH bike with a high pivot and an upper pulley. Today, at the opening round of 2015 World Cup DH in Lourdes, Commençal has officially unveiled the bike, which our correspondent Hector Saura is attending. Shortly we will receive more images and details and we’ll update this article. 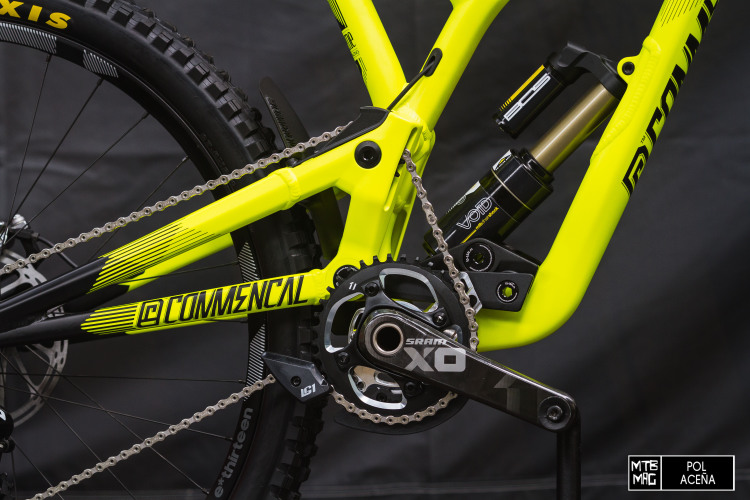 The new Supreme DH V4 started with a completely different rear suspension concept than previous version, while maintaining the classic aesthetic of Commençal. After several projects and field tests with a prototype Enduro bike with 160mm of travel they have applied the system HPP (High Pivot Point) to their new DH bike. 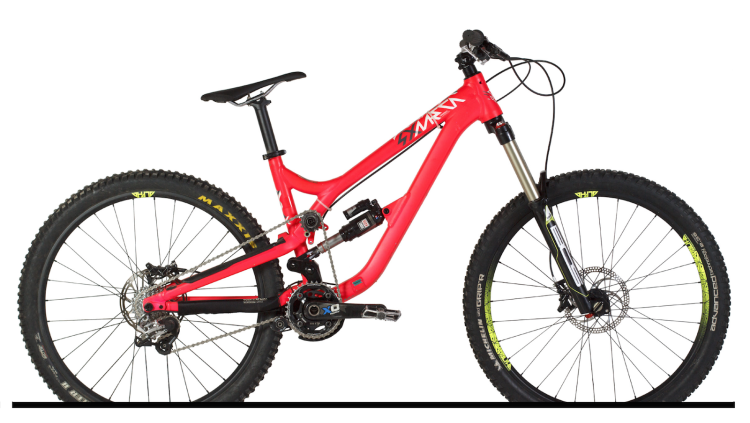 This prototype, which Commençal is still working on, gave light to the HPP project that has been developed into the finished product on the Supreme DH V4, which we will see compete this weekend in Lourdes. 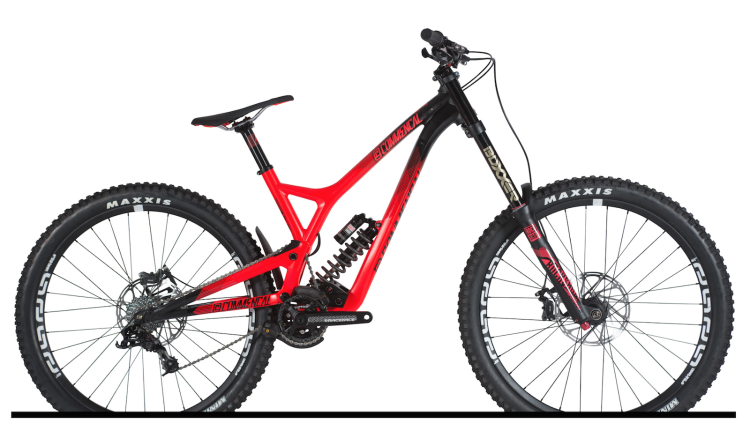 The new system, like the previous one, is a basic Single Pivot with a rate modifying linkage, which manages the compression curve. As we can see in the comparison chart, the rate is very different from the V3. The travel is also increased to 220mm.

The new high pivot will help prevent the bike from hanging up in rough successive hits. Basically, the wheel moves up and away from bumps and compressions, helping carry speed. The axle path is shown here.

High pivots are typically associated with poor pedaling performance and feedback. By routing the chain through a pulley that lines up with the main pivot, Commençal eliminates those negative characteristics so the bike will pedal very neutrally. 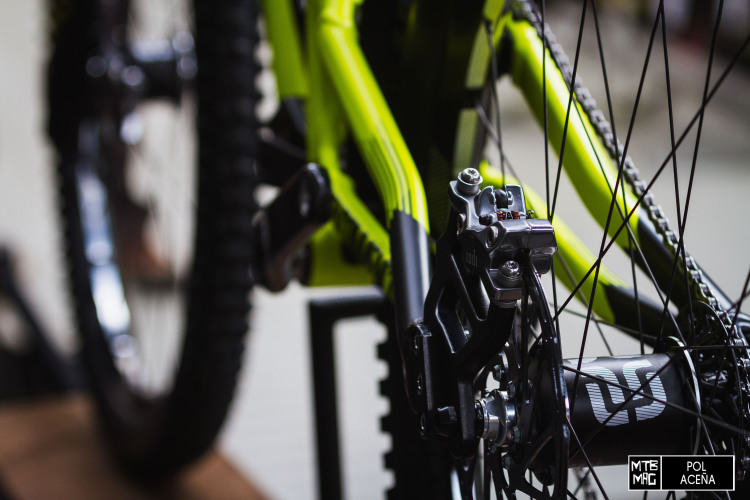 The reach and bottom bracket height are fully customizable through different offset headset cups and dropouts. The smart thing about adjusting BB heigh with the dropouts is that it doesn’t affect the head angle as much.

The chainstays on the DHV4 are SUPER short at 425mm but as the bike gets deeper into the travel they lengthen substantially, giving the bike more stability.

The frame is made of aluminum alloy 6066, while the pins which the bearings rotate on are 7075 T6 aluminum. The shock is 267mm eye to eye. The frame is equipped with integrated fork bumpes, which host the entrance for an internal cable routing. It also comes with integrated fender and a protective rubber double density chainstay protection. 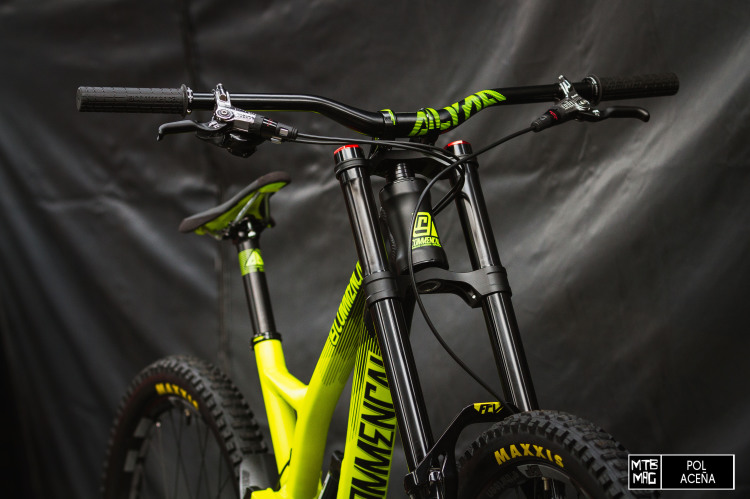 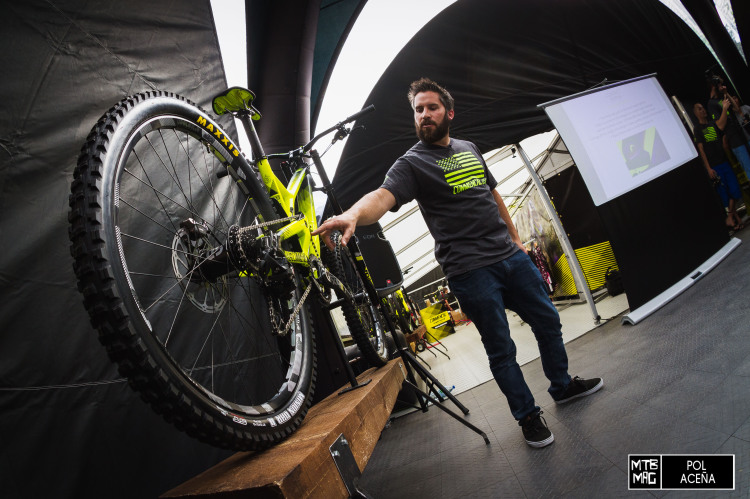 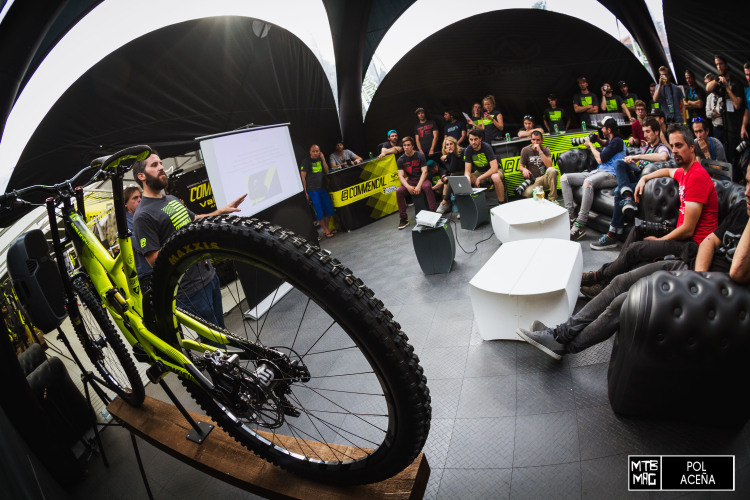 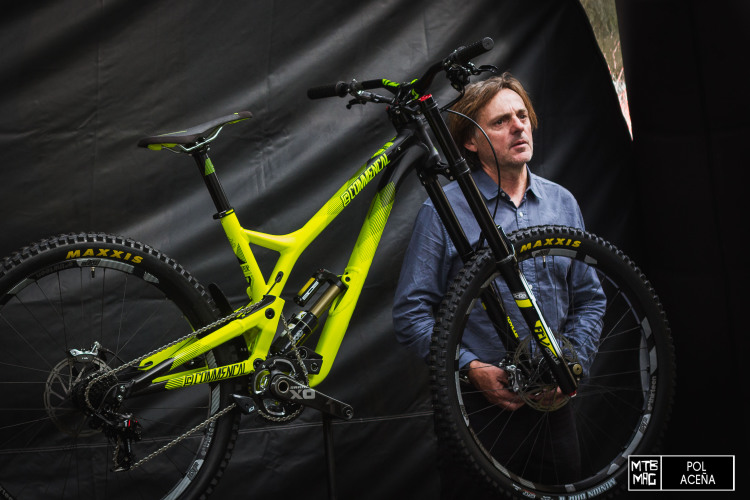 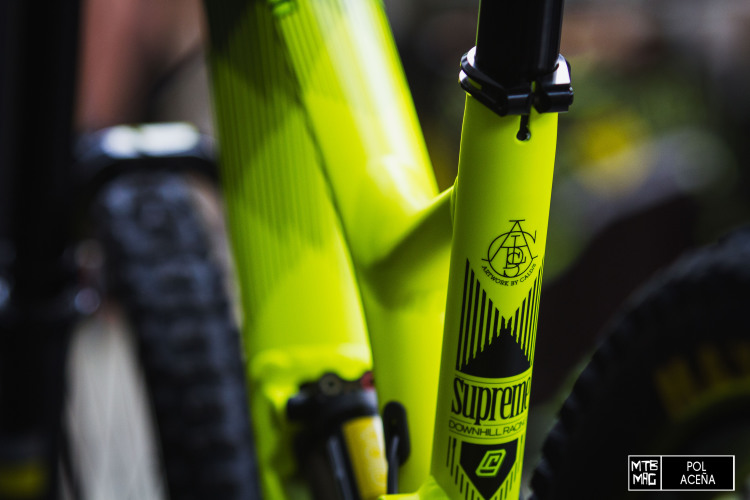 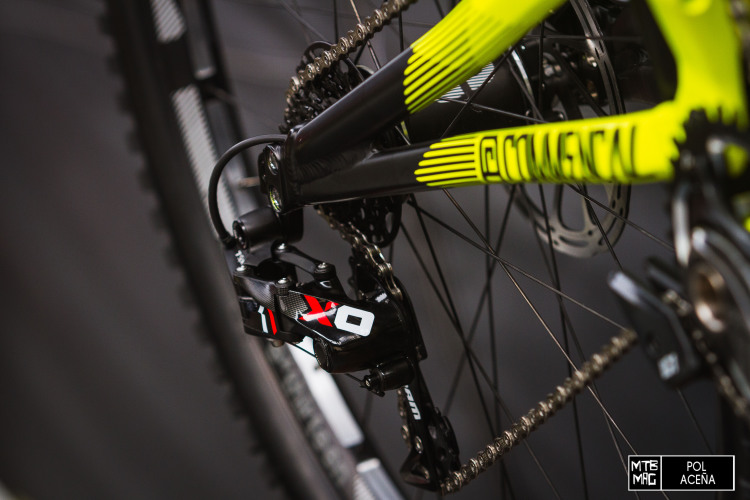 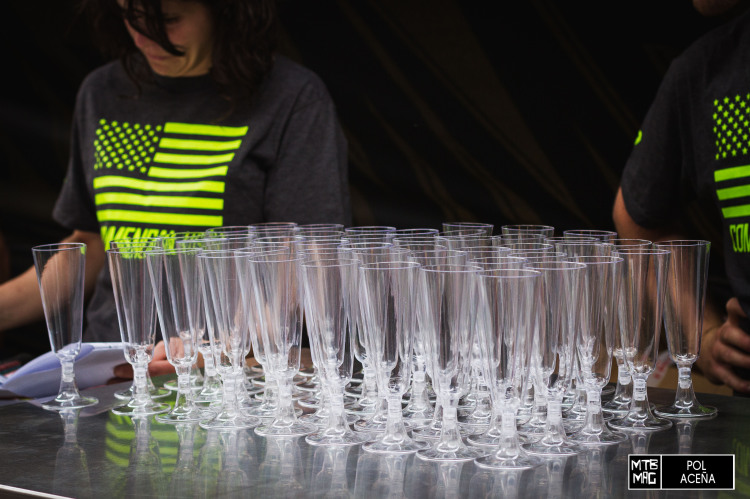 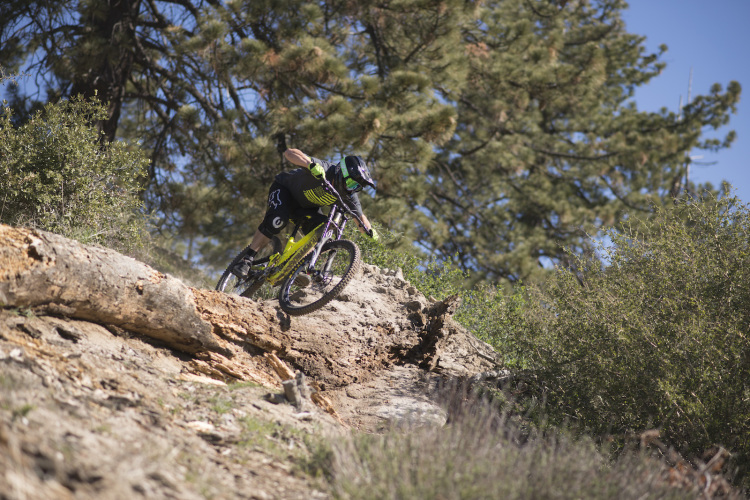