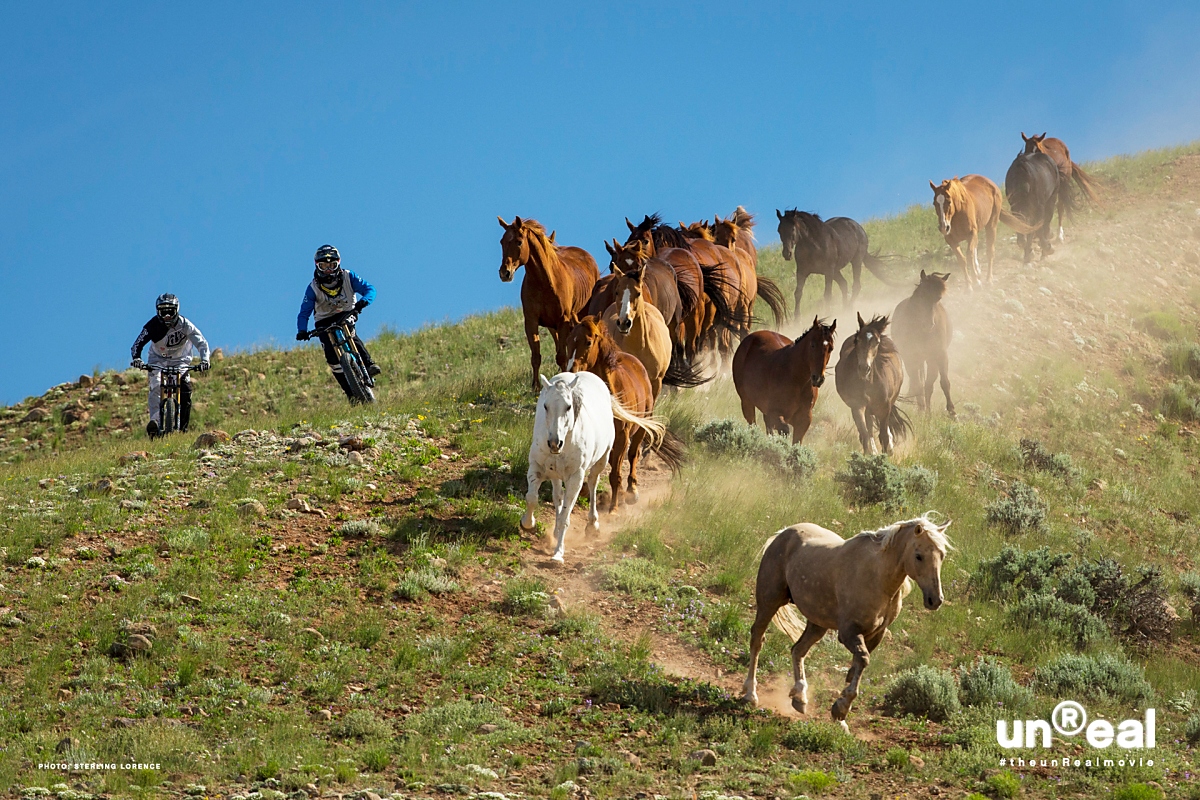 Production companies Teton Gravity Research (TGR) and Anthill Films officially announce unReal, the feature-length mountain bike film being produced for a summer 2015 release, with the release of a sneak peek into the early production.

There’s a place with no laundry. No commutes or speeding tickets. No Q4 projections given by people wearing pleats. No stepping in dog shit. And no burnt coffee. When the wheels are turning, you’re transported into a place beyond the real world. Join Teton Gravity Research and Anthill Films for a quick glimpse into the unReal. A place where mountain bikers shred glaciers, 1,000-pound mammals are riding partners, and anything is possible.
Teton Gravity Research + Anthill Films Announce New Film Project: unReal
Stuck in the real world? We’re here to help. Take a glimpse into the unReal with this new teaser.