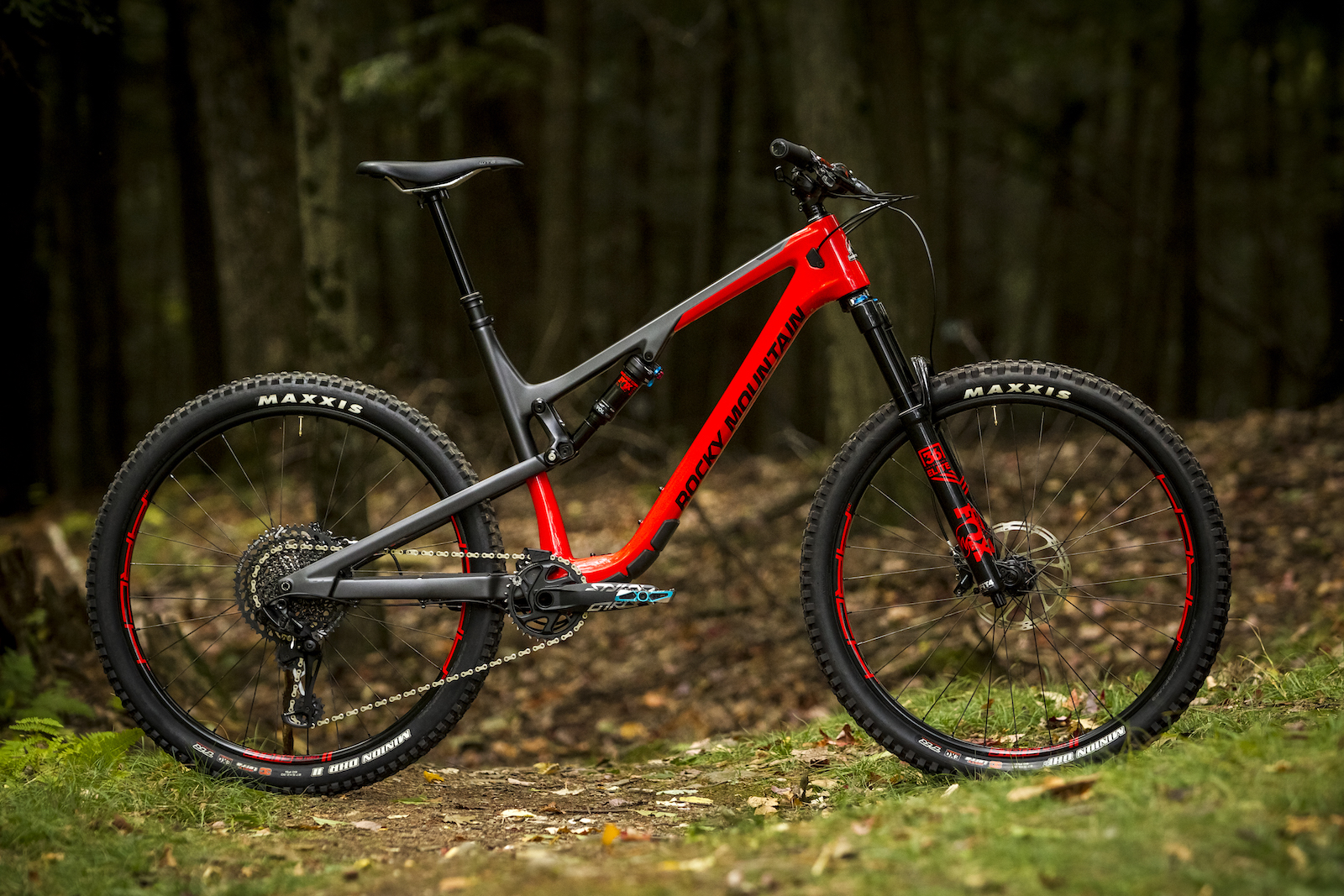 Lately we’ve been full of news on new Rocky Mountain models after presenting the new Vertex Carbon last week and now the new Thunderbolt Carbon, the full suspension XC / Trail offering from the Canadian brand. There are many new features on this model involving materials, geometries and numerous other details. Here’s a closer look.

The travel is 130mm at both wheels for the Thunderbolt Carbon model but Rocky Mountain also offers a BC Edition version, where BC is obviously for British Columbia. This is a 140mm front and rear “long travel” edition, dedicated precisely to the concept of rather aggressive trail riding typical of that area.

The Thunderbolt mounts 27.5-inch wheels and clears “Wide Trail” width tires, but also accepts 26 Plus wheels up to 2.8 inches. The frame is made of carbon fiber with Rocky’s proprietary Smoothwall Carbon technique. 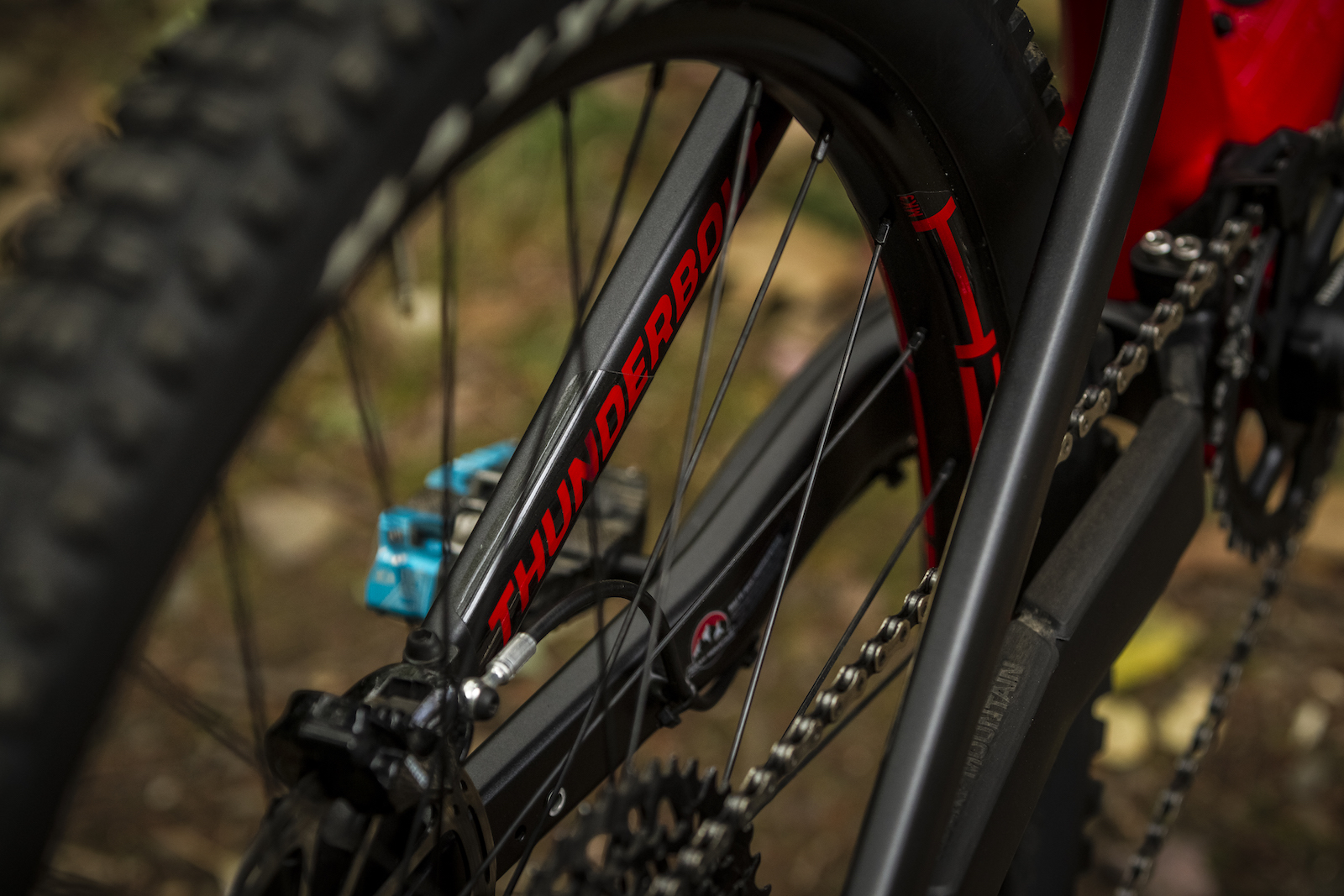 The Smoothlink suspension system has been revised to offer a more linear compression curve so that the entire travel can be used while still maintaining high initial sensitivity. In addition, the antisquat was brought to up higher values ​​than the previous model for better pedaling efficiency. All links have sealed bearings, including the lower shock mount in the linkage. Mount metric shock sizing is another new update. Each size has a tune specifically designed for the weight difference of each rider within a given size. The RIDE-9 system has also been updated, offering the possibility to vary the geometry and the behavior of the suspension via a pair of chips, simply unscrewing two screws and repositioning these supports. 9 different combinations can be obtained. The same geometries have been updated to be in line with current trends. 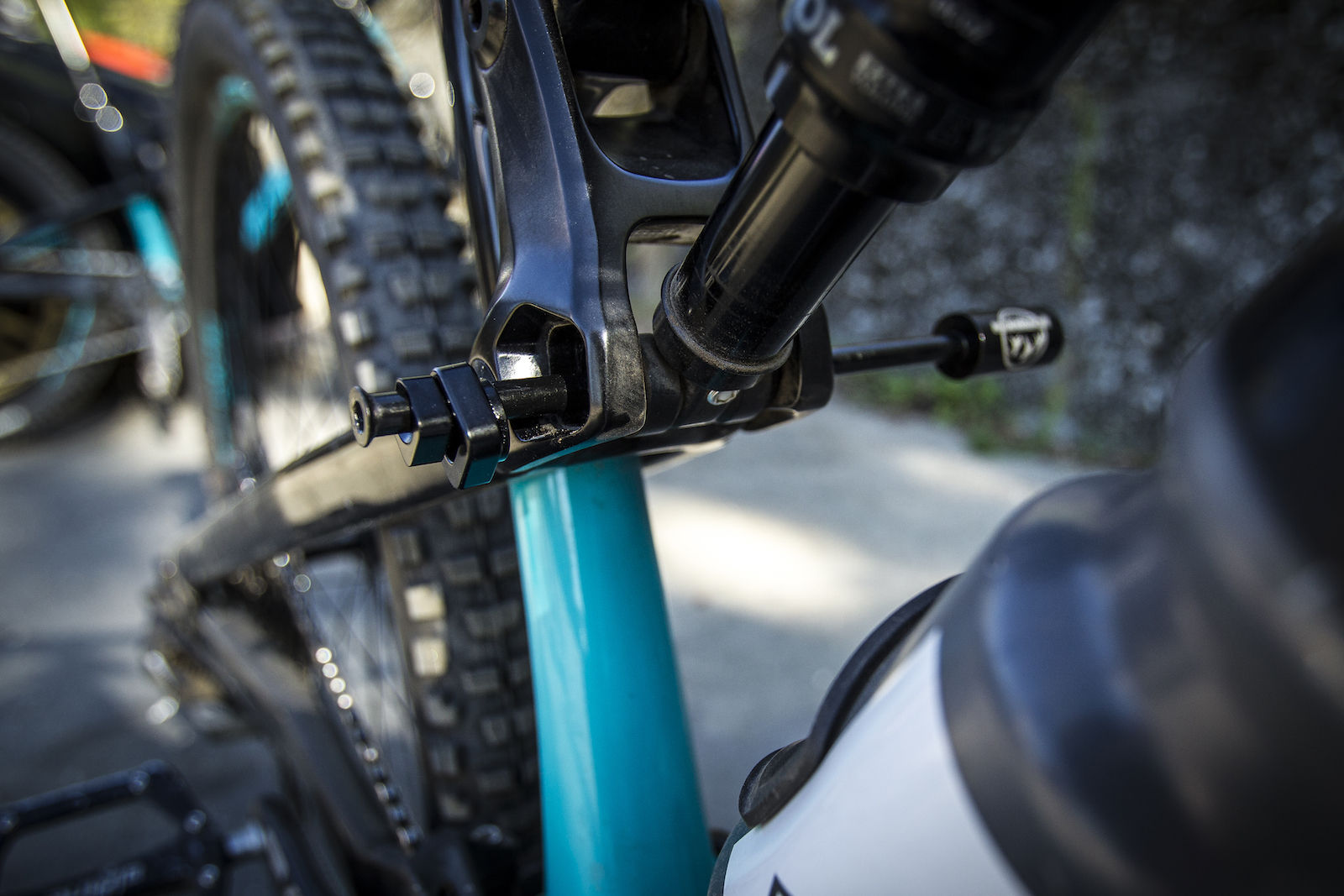 The frame is equipped standard with a dedicated chain guide called Spirit Guide. Being compatible exclusively with single ring drivetrains, the main pivot of the suspension has been widened for greater rigidity. The rear wheel end, on the other hand, has been lightened. The seat frame tube has been revised to accommodate the longer dropper seat posts without interference. The routing of the cables is internal and offers compatibility with Di2 and Fox Live systems. All sizes have enough space to accommodate a bottle cage inside the front triangle, even when using shocks with a reservoir. 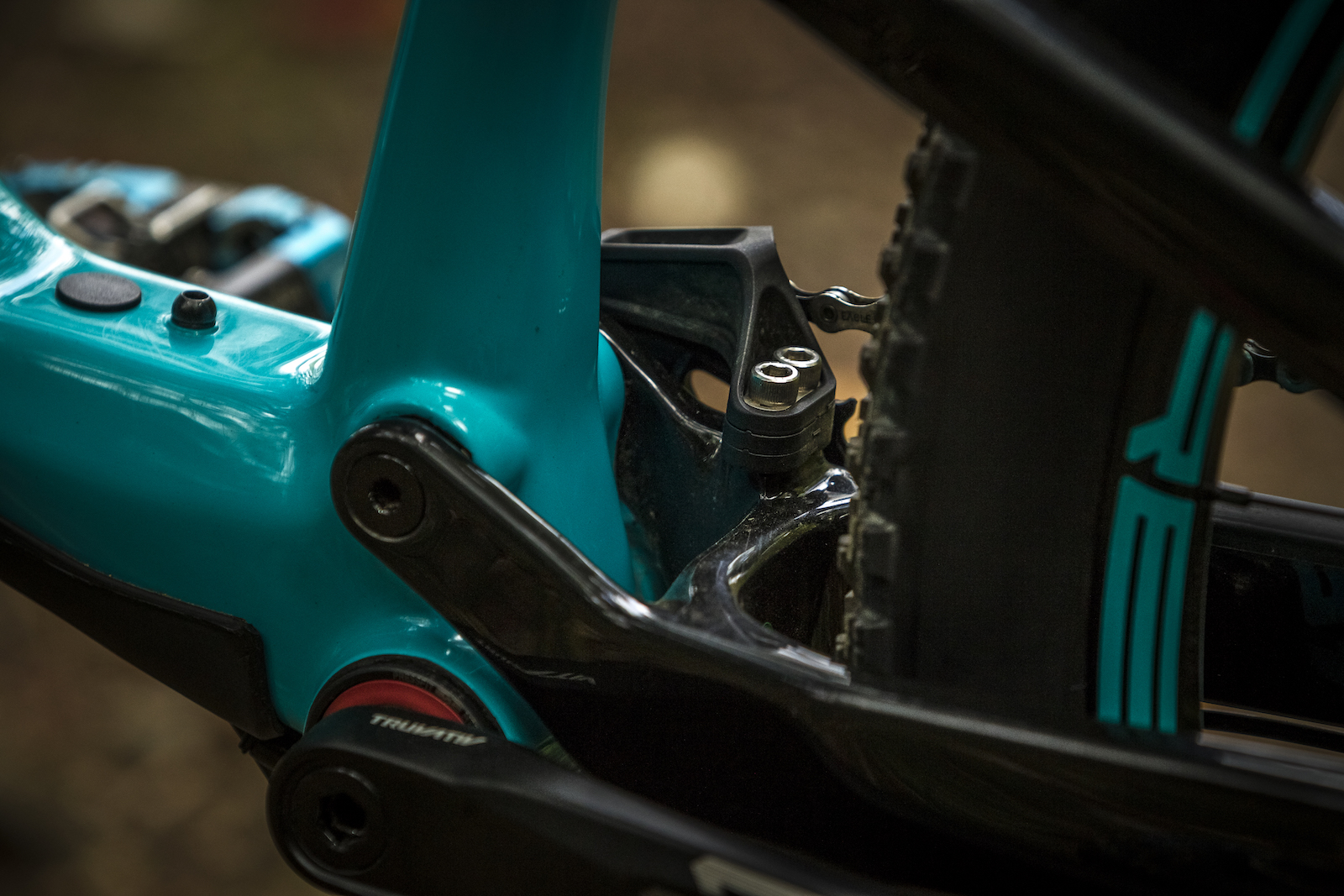 All listed weights are in size Large except the frameset whose weight is listed based on size Medium. 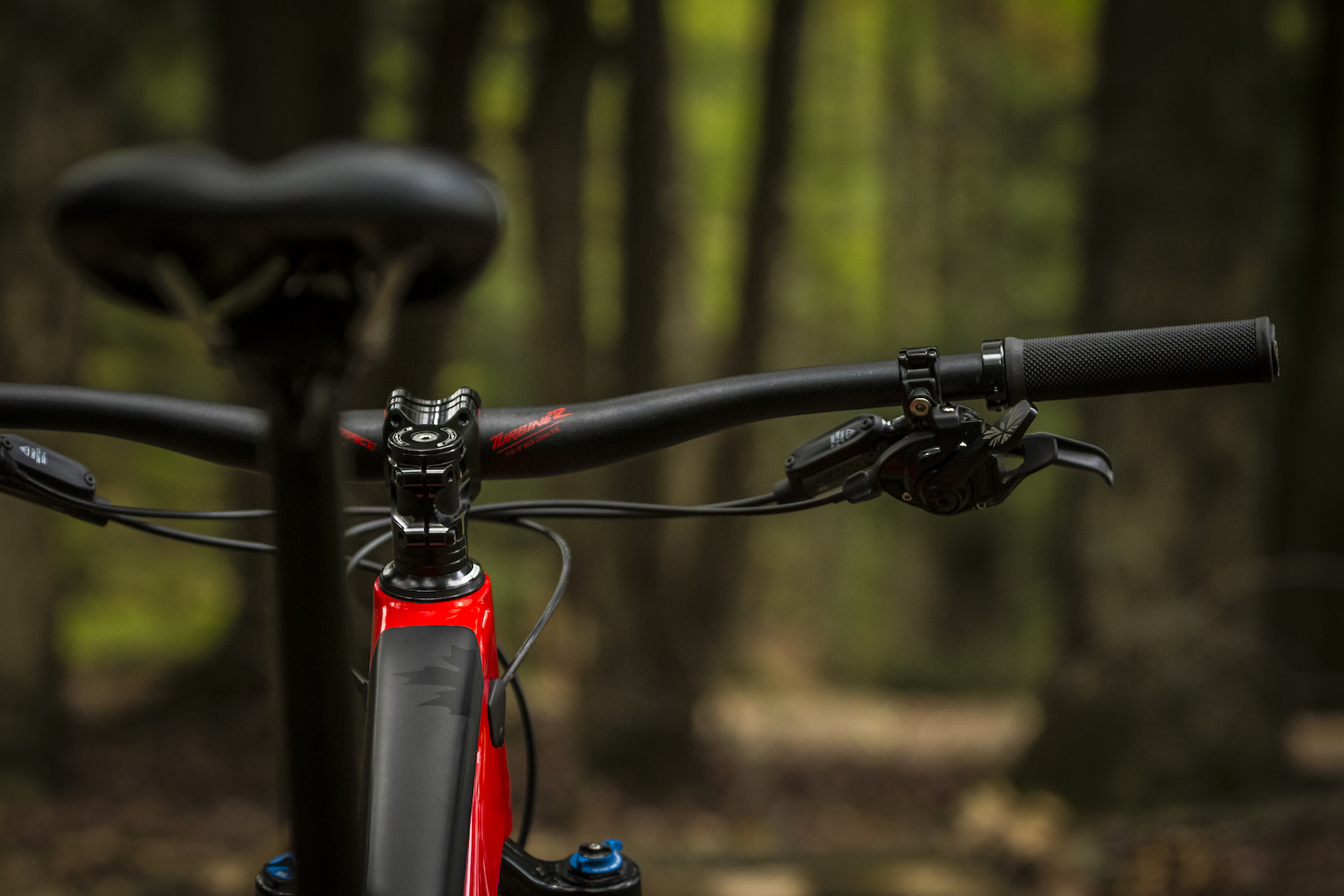 The Thunderbolt is currently available as of now. 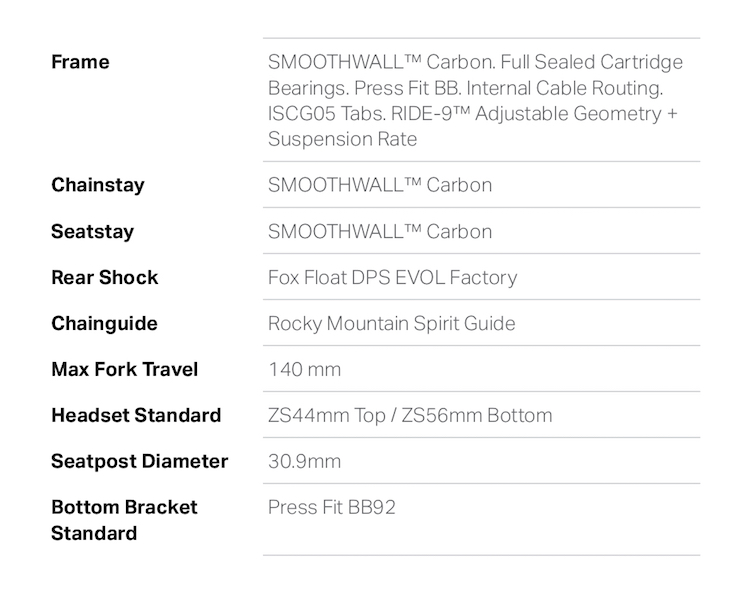