The FMB World Tour has come to a close this weekend with the final Gold Event of the 2016 season. Overall this year, 32 events in 15 nations and on 3 continents hosted more than 300 athletes. For the last time this year athletes dropped into a slopestyle course at FISE Chengdu in China, trying to improve their standings in the FMB World Tour Ranking and secure glory for one last time in 2016. This weekend it was FMB World Champ Nicholi Rogatkin, who impressed a huge crowed and the judges. The American scored 93.66 in the FISE super final, which was just enough to pass Mehdi Gani (FRA, 93.33). That sealed Rogatkin’s third win of the season in his tenth appearance on the FMB World Tour in 2016. 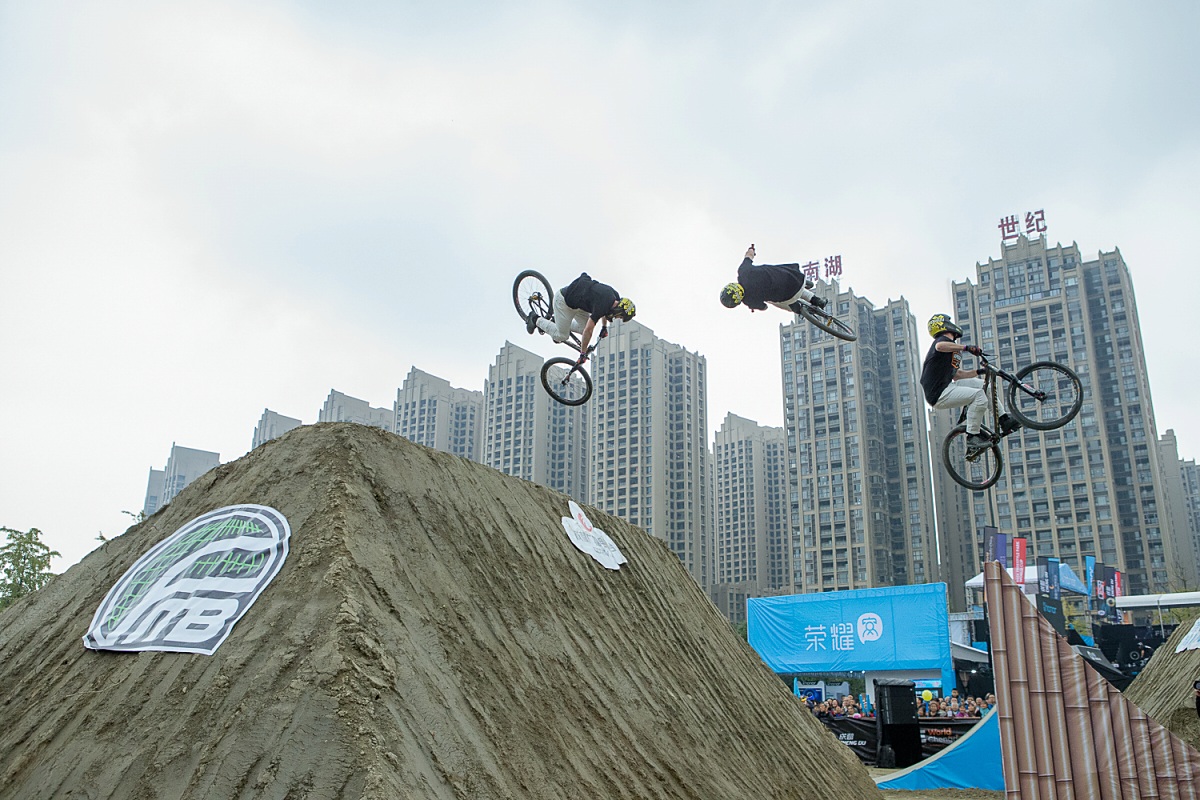 12 out of 27 FMB athletes had made it to the FISE Chengdu final and were still in the hunt for the last possible FMB World Tour win this season. As in every FISE contest two runs would decide, who reached the super final, in which the top 6 had one last chance to up their score in a final third run. After the first two runs Mehdi Gani (FRA, 92.33) lead the pack ahead of Pavel Alekhin (RUS, 91.00) and Matt Jones (GBR, 87.66). The super final was completed by Simon Pages (FRA, 85.33), Reed Boggs (USA, 83.33) and Nicholi Rogatkin (USA, 80.00). 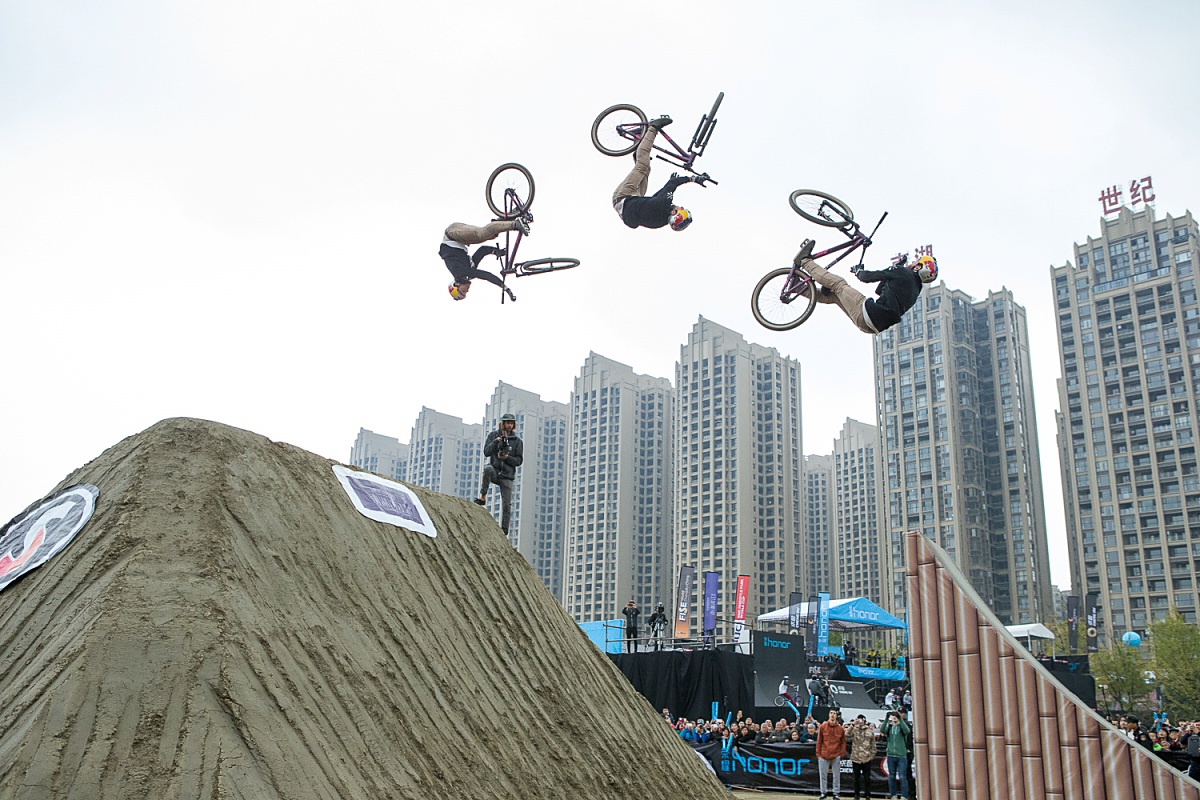 Rogakin, who blew his tyre on his second run and had to rush to get ready to drop in as the first rider in the super final, had all the pressure on him. The 20-year-old visably went through the motions of what was to be his winning run, before dropping in with his tricks dialled. After a tail-whip of the drop he pulled off a cork 720 and signature cashroll, followed-up with a double whip, tuck-no-hander and frontflip bar spin to finish. His score of 93.66 catapulted him to the top of the leaderboard and turned up the heat for the remaining five competitors still waiting to drop in. 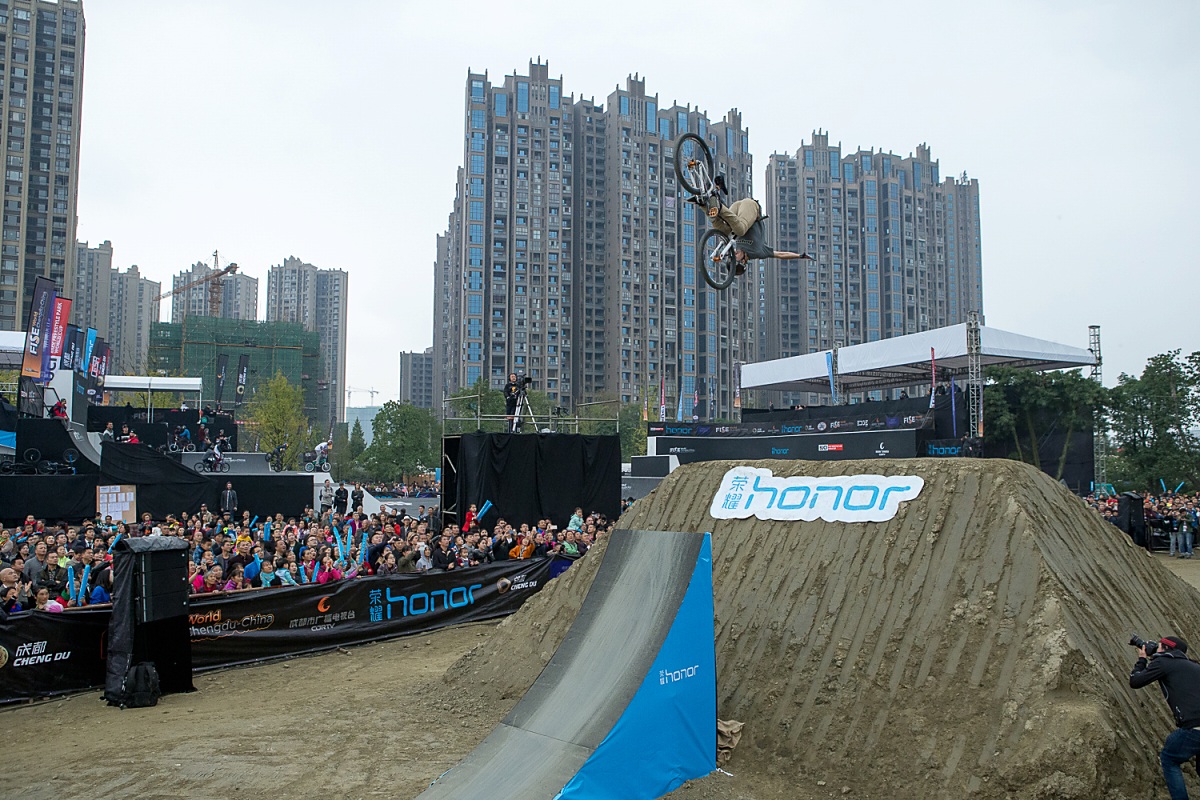 After Reed Boggs and Simon Pages were not able to put Nicholi’s score in danger it was up to the top 3 going into the super final. Both Matt Jones (incl. double backflip) and Pavel Alekhin (incl. backflip triple bar spin) showed promising runs to begin with, but lost too much speed in the second section of the course and were not able to complete their runs. 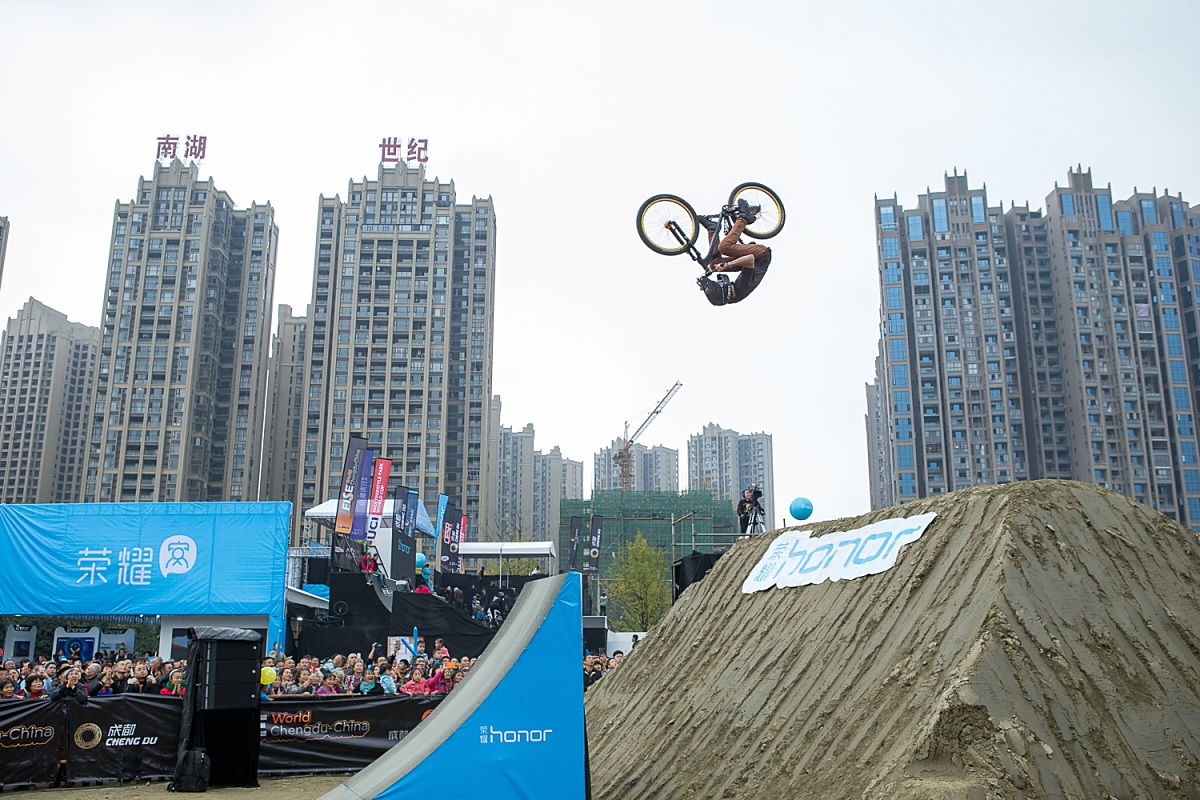 It was all down to 27-year-old Mehdi Gani. The Frenchman showed a stellar run including a backflip triple bar spin and double truck driver and was rightly stoked when hitting the finishing area with a frontflip tuck-no-hander. The wait for the final score of the day was intense, but Rogatkin was relieved as Mehdi Gani came just 00.33 short in the last run of the 2016 FMB World Tour season. Nicholi was herewith able to add FISE Chengdu to his list of wins this season after Swatch Prime Line and Swatch Rocket Air.