A fourth consecutive win for Nino Schurter, this time on his “home” track, in Lenzerheide, a few kilometers from Chur, where he lives. On the track soaked by a storm that hit the area shortly before the men’s race, the Swiss racer had found the perfect conditions to assert his technical skills. Van Der Poel managed to battle him in the early laps, but then popped (ending 10th) and gave way to Tempier and Sintsov who tried to upset the local hero. 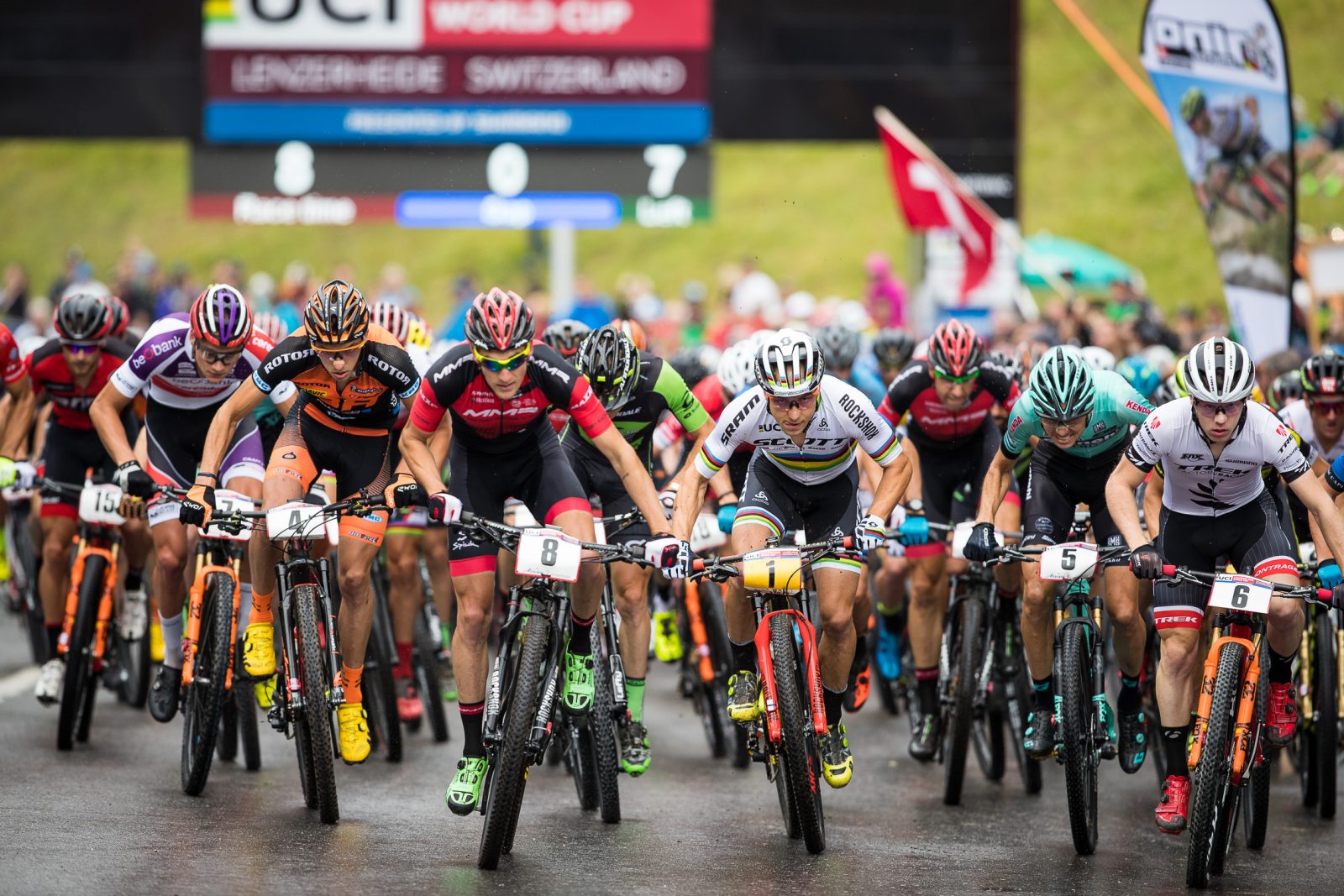 The real twist came on the penultimate lap, with the Czech, Kulhavy beginning a comeback that put him behind Schurter on the last lap, after chasing down Marotte. Despite the impressive power, Kulhavy couldn’t take Nino, so made him the king of Lenzerheide for the second year in a row. 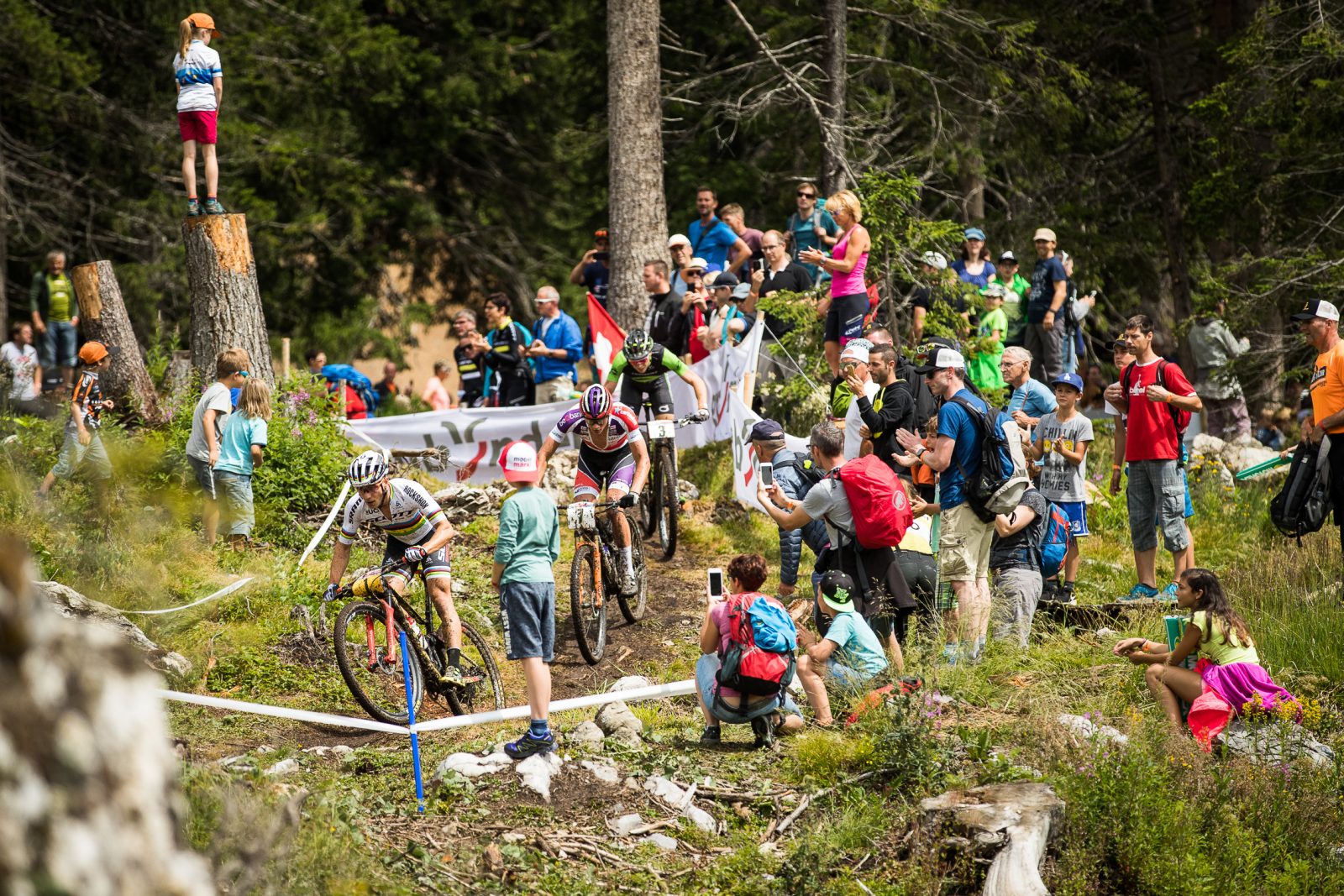 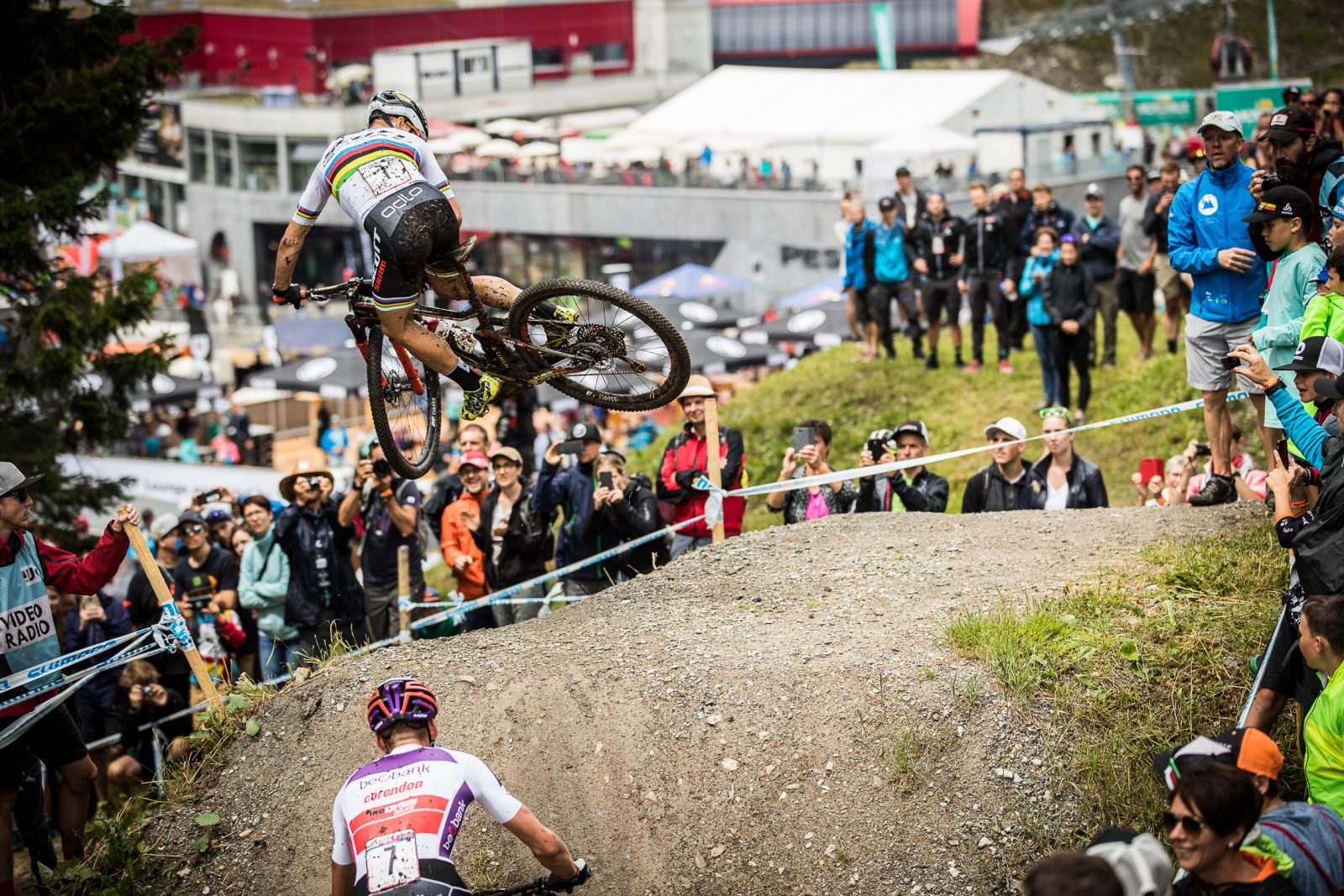 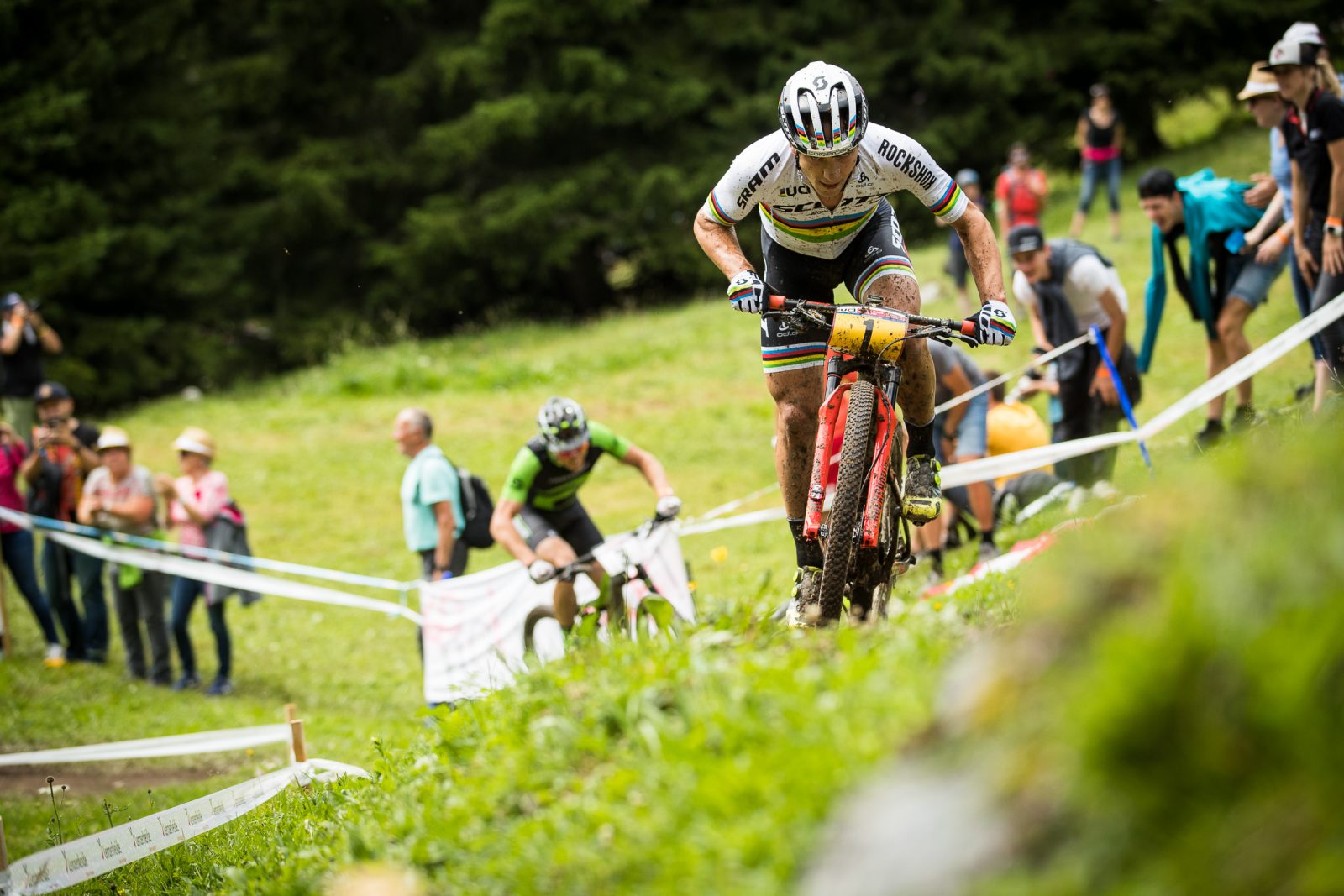 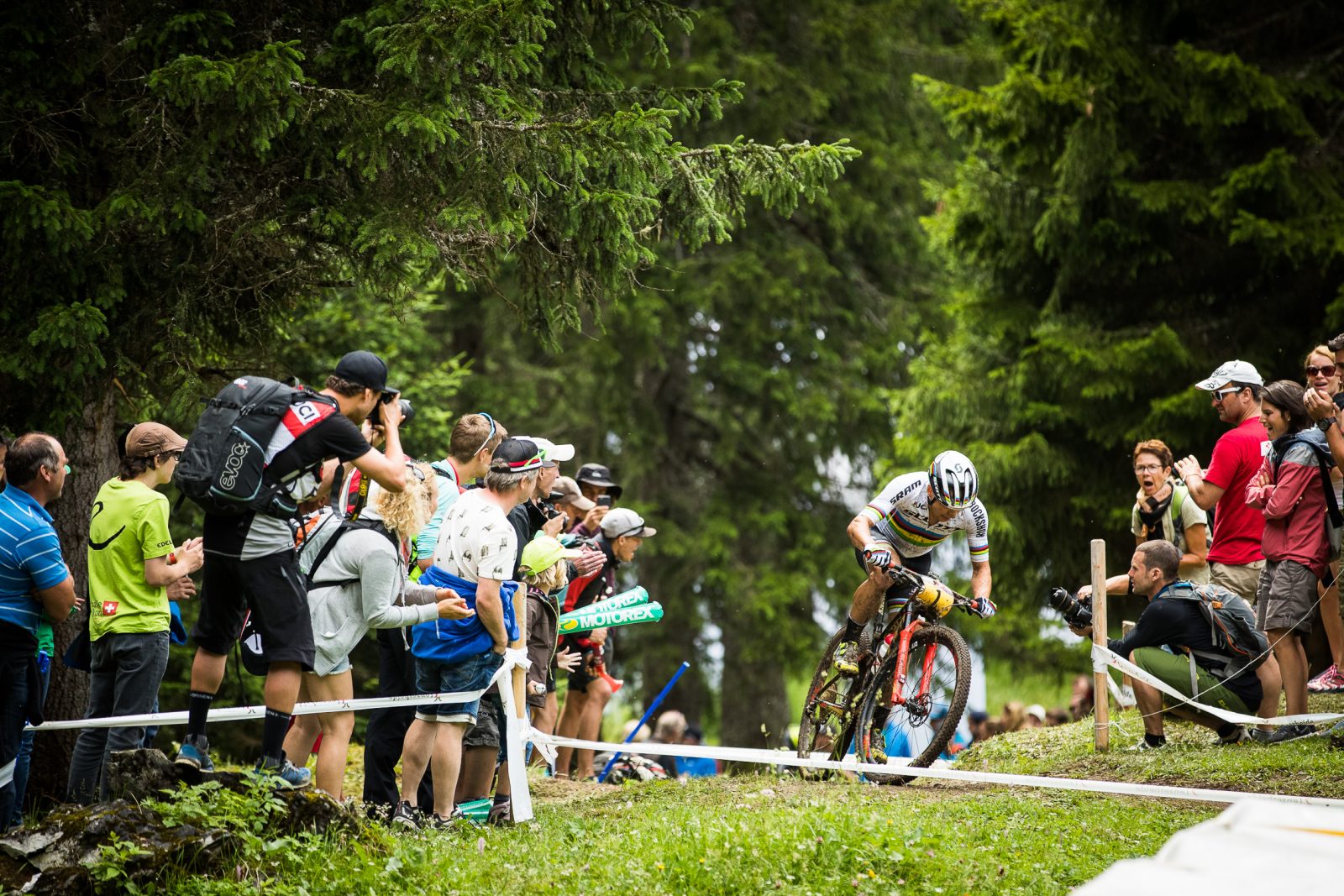 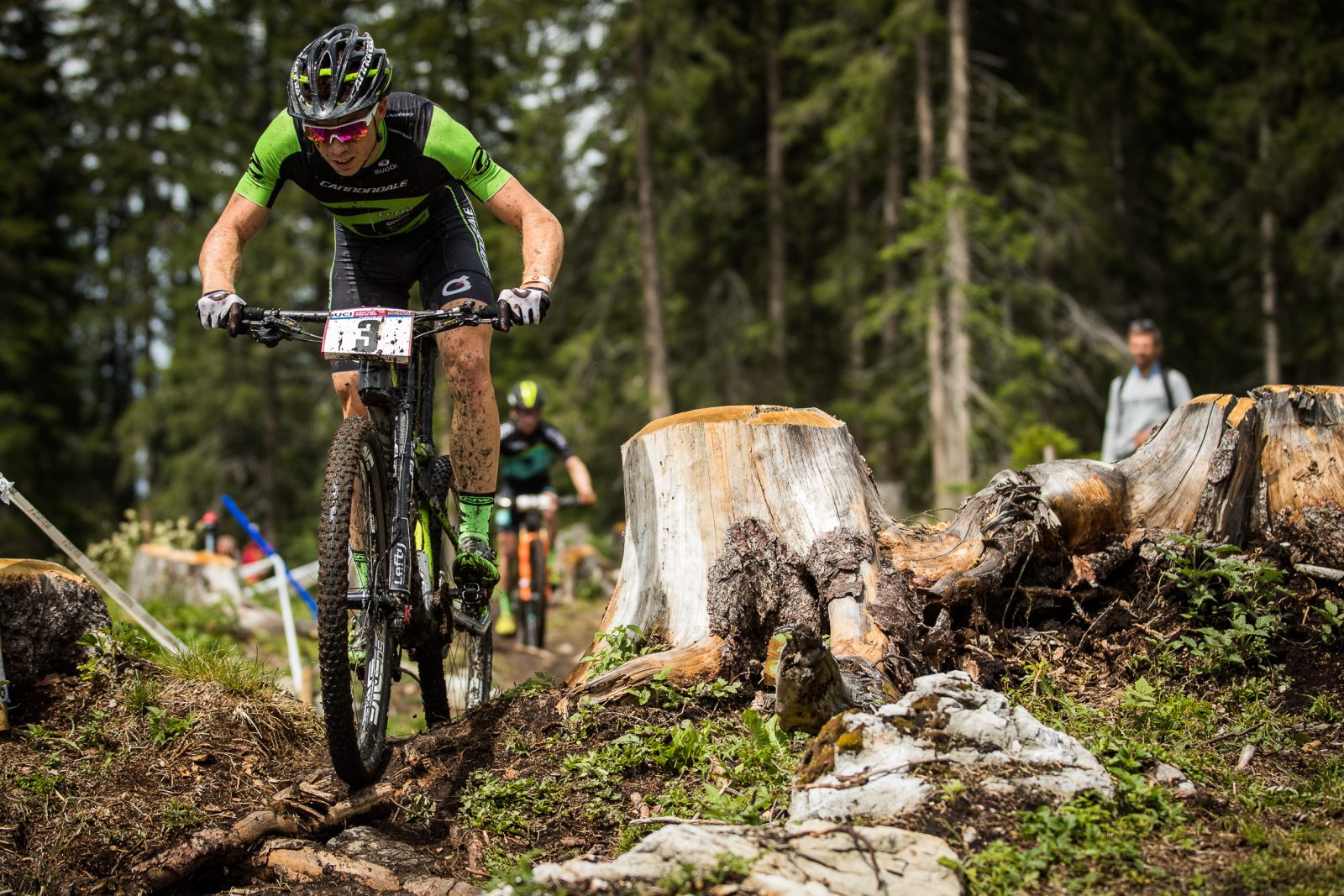 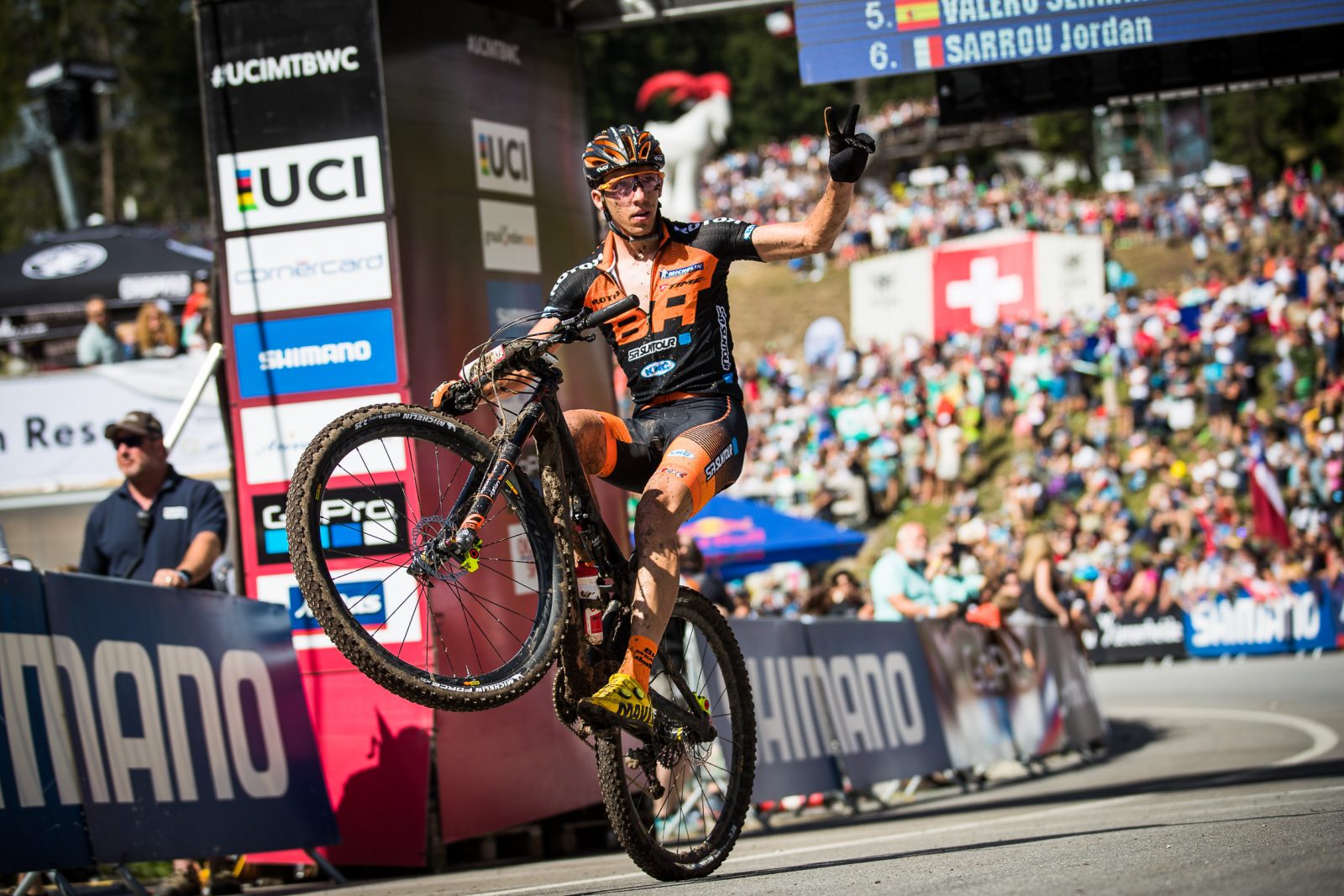 It was a hard fought race amongst the women, won for the first time in 20 years by a British racer: Annie Last trumped 44 year old Gunn-Rita Dahle, in third place was the overall leader, Ukrainian Yana Belomoina, taking advantage of Langvad’s absence. 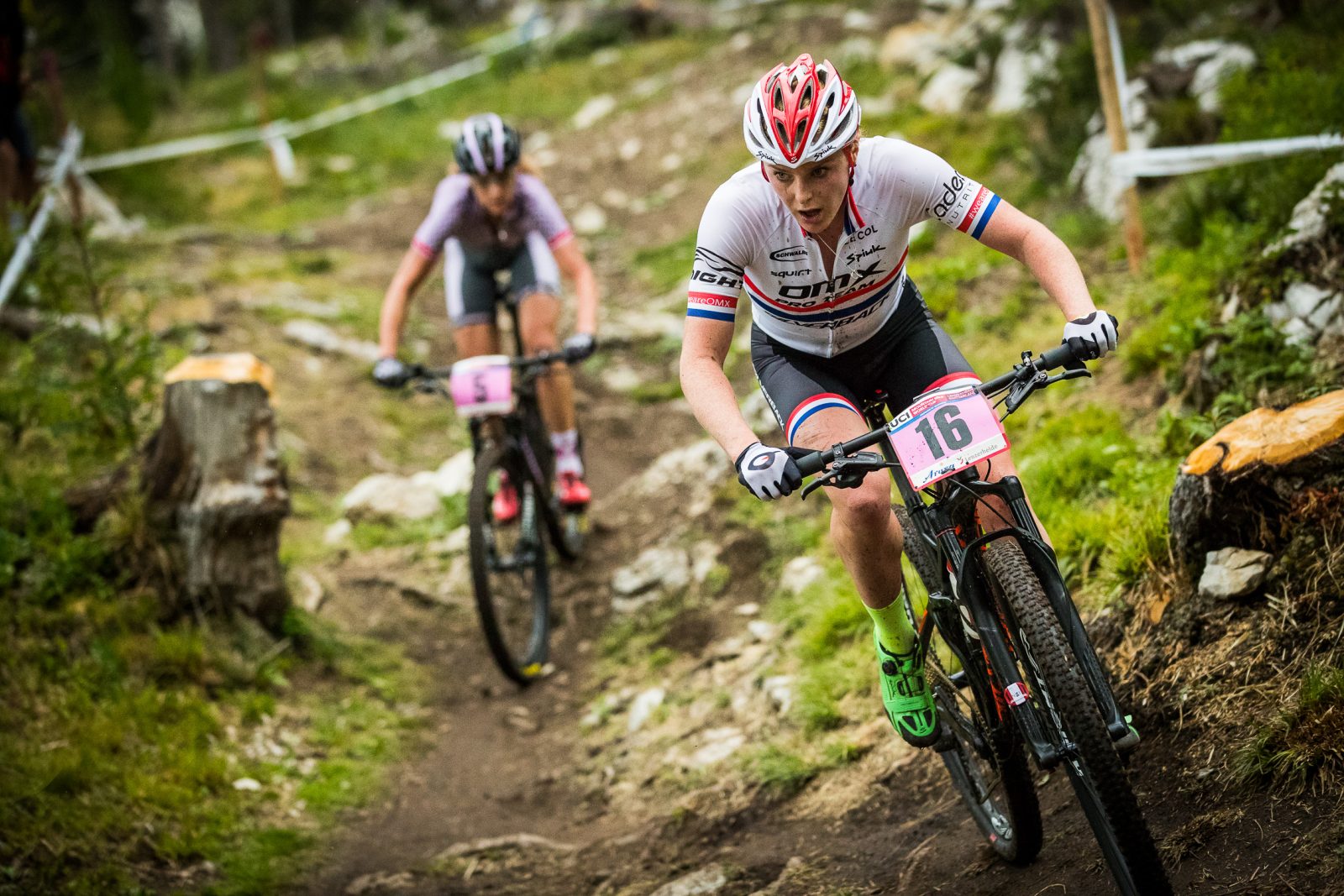 If anyone is wondering what happened to the Olympic champion Jenny Rissveds, the Scott-Sram team announced that the Swede is not ready to race yet, after the death of her grandparents a few months ago, which threw a wrench in her workout plans. She has not attended a race yet this year, but may return in Mont-Saint-Anne in a months time. 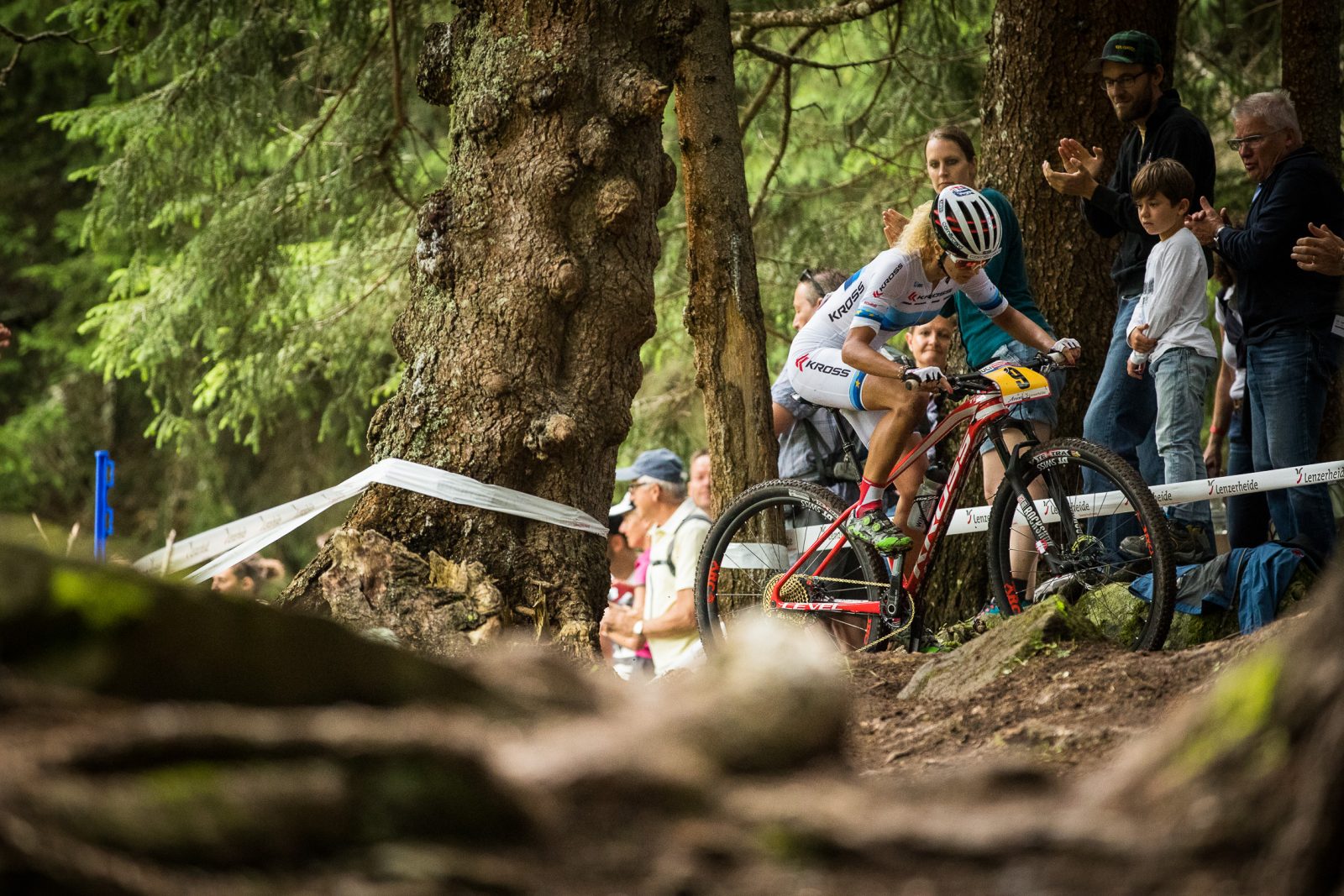 [Video] What goes into a World Cup DH Team?