… decides to hit the 1600 vertical meters down to Zermatt like this: 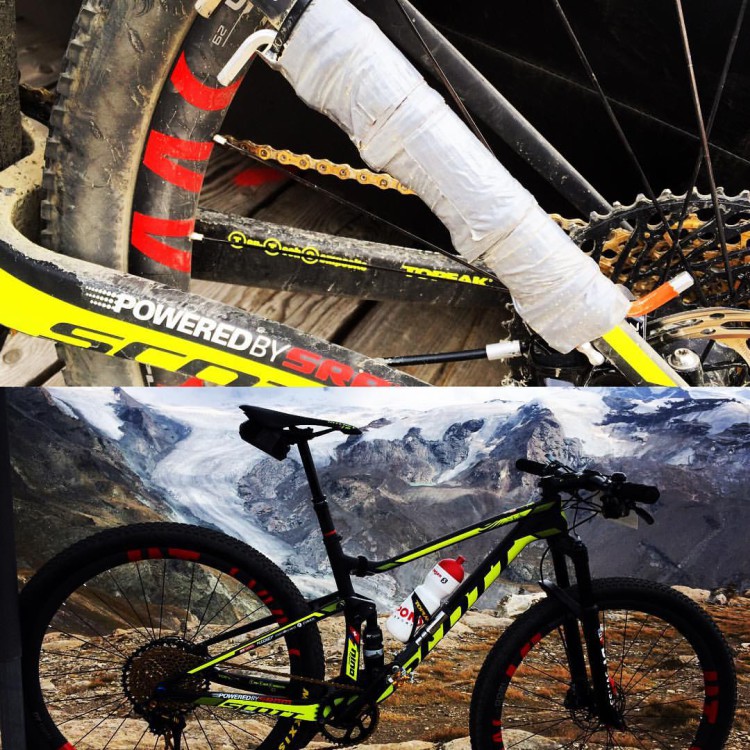 What happened? Right before the beginning of the 2016 Swiss Epic, after shooting the photo you see above, Thomas Frischknecht’s bike fell off the cliff and the carbon seatstay broke down. Yannick, the team’s mechanic, used his imagination to fix it in the short time before the start.

Luckily the Scott headquarter is not far away, Frischi should receive a new frame soon.

*Edit: later we have been told this was Thomas Frischknecht’s bike, even if it had the “Nino” paint job, and we thought it was Schurter’s. Anyway, Frischi raced down to Zermatt like that. 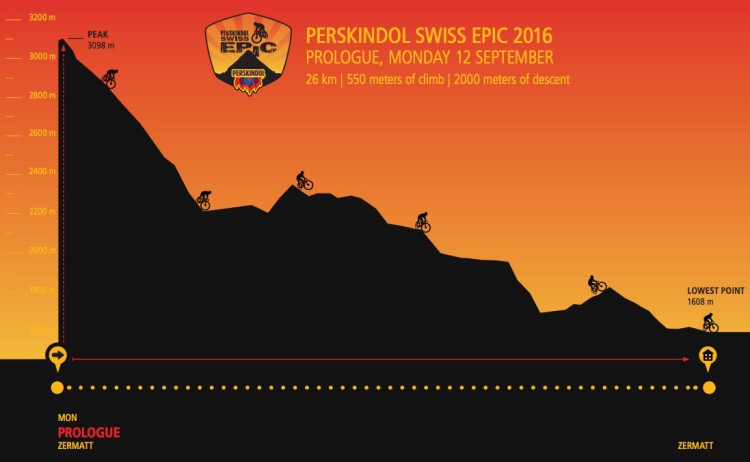