Today, Nukeproof is releasing a new long travel Enduro race bike dubbed the Giga. Unlike the Mega, the bike is modeled after the Dissent DH bike with a Horse Shoe style bell crank linkage reminiscent of a circa 2000 Turner DHR. Via adjustable suspension, the bike can be fitted to 27.5″ or 29″ wheels with 180mm or 170mm travel respectively. It also has an adjustment which allows the bike’s progression to be swapped between a roughly 25% and roughly 29% progression. This is beneficial for fine tuning feel as well as swapping between an air or coil option. Read on for the full press release and the rest of the details on the bike. 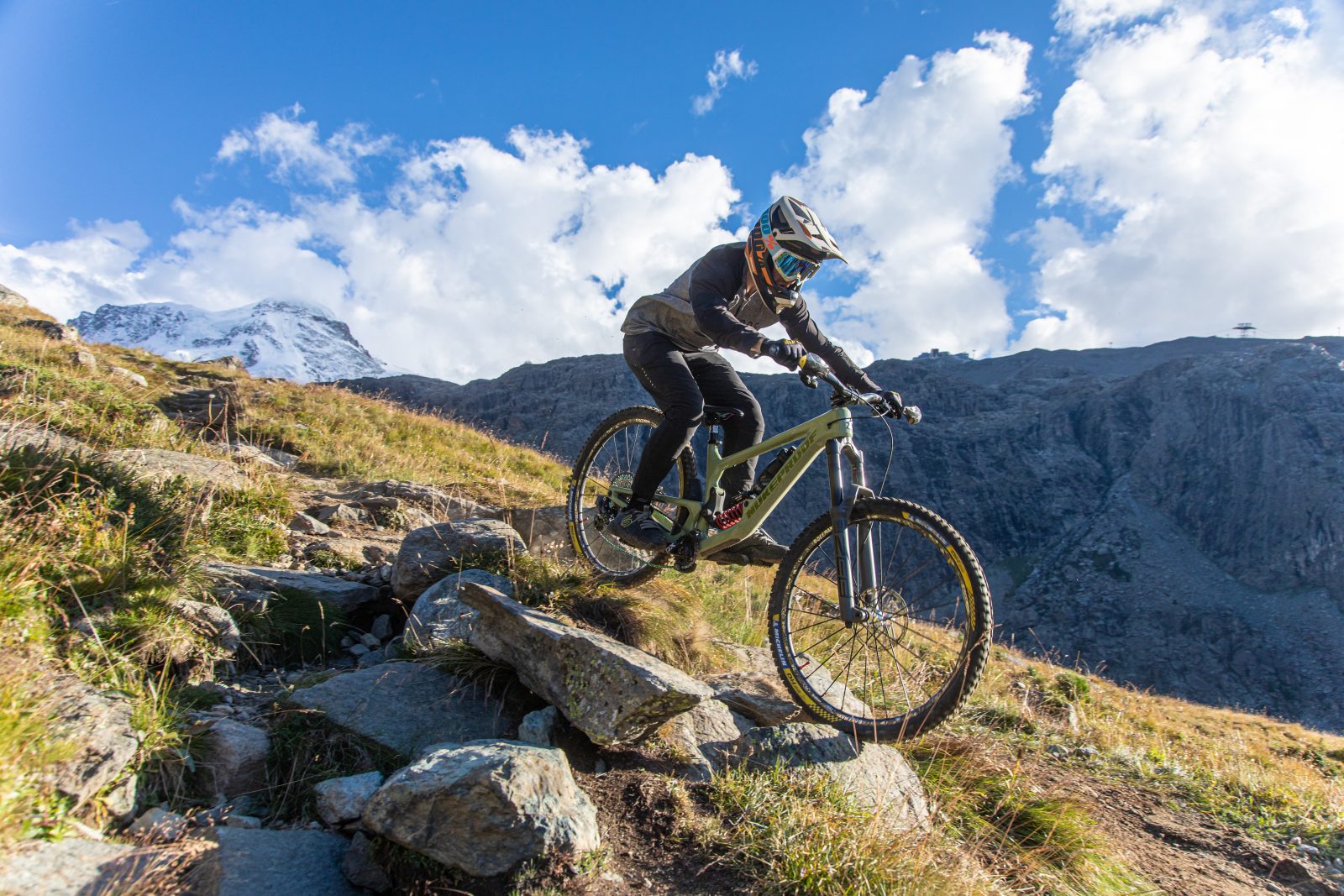 As riders, we are all guilty of the gluttonous sin; we never stop striving, never stop pushing, enough is never enough in the hunt for the ultimate. It’s a constant push for bigger, longer, rougher and faster with ever increasing demands on the performance and capabilities of our bike. The pursuit is endless.

It’s a motto that athletes like Sam Hill live by. The new Nukeproof Giga is the embodiment of this idea; Designed to be the ultimate hard-hitting Super-Enduro weapon for when you just need more. 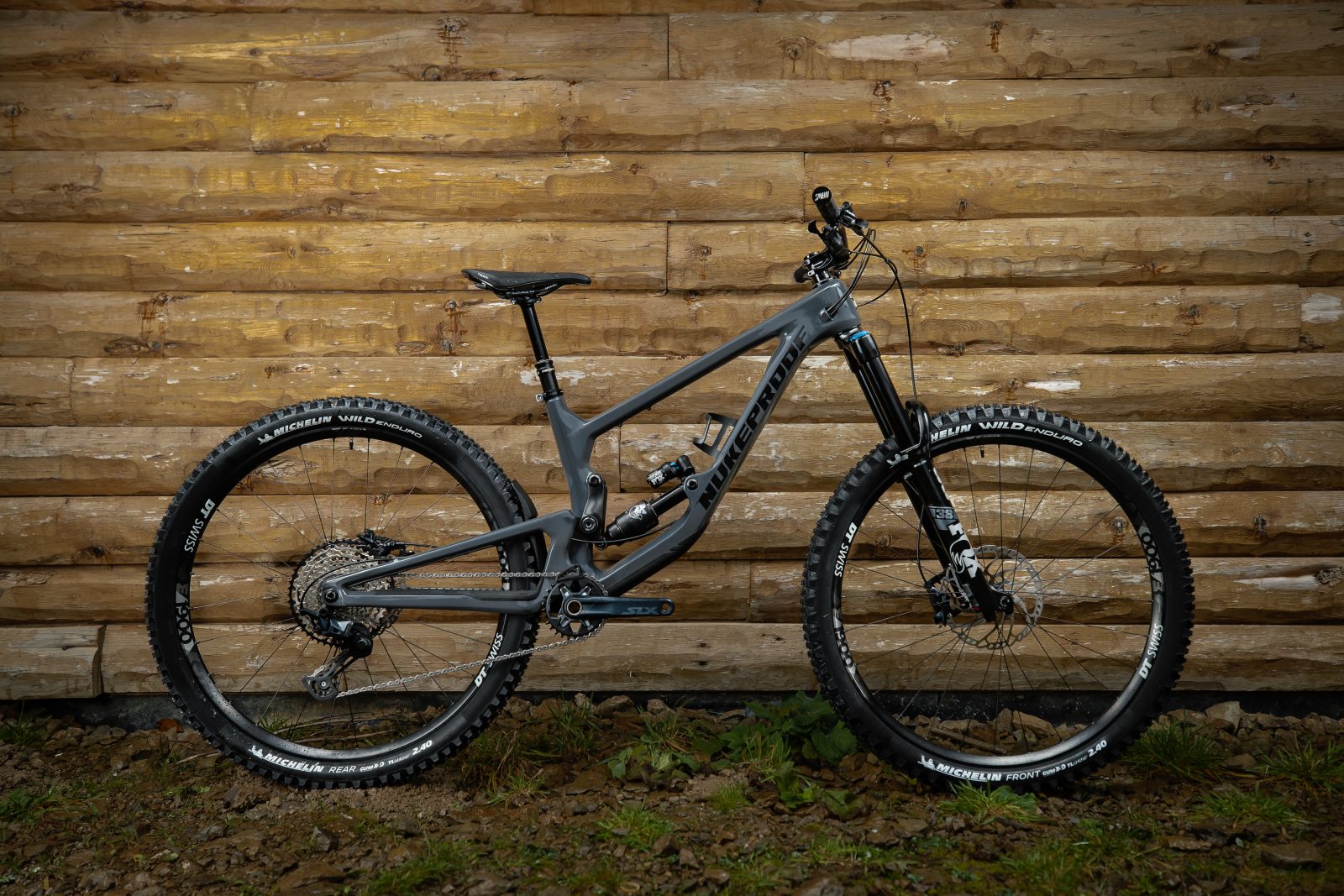 The Giga is a seriously capable machine, with 180mm (27.5”) or 170mm (29”) rear travel; the Giga is a monster truck of a bike that has travel in reserve for when you need it. But to pigeonhole it as a point and shoot machine would be a disservice as it is so much more capable than this might suggest! Due to the way that it uses its travel; the Giga gives you the feel of a big bike, yet the versatility of a modern super-enduro bike. The Giga has a dynamic and confidence inspiring ride to help you push your limits in all kinds of terrain. It’s equally at home at big mountain technical enduro stages of venues like La Thuile, as it is lapping the biggest lines in the Whistler bike park. 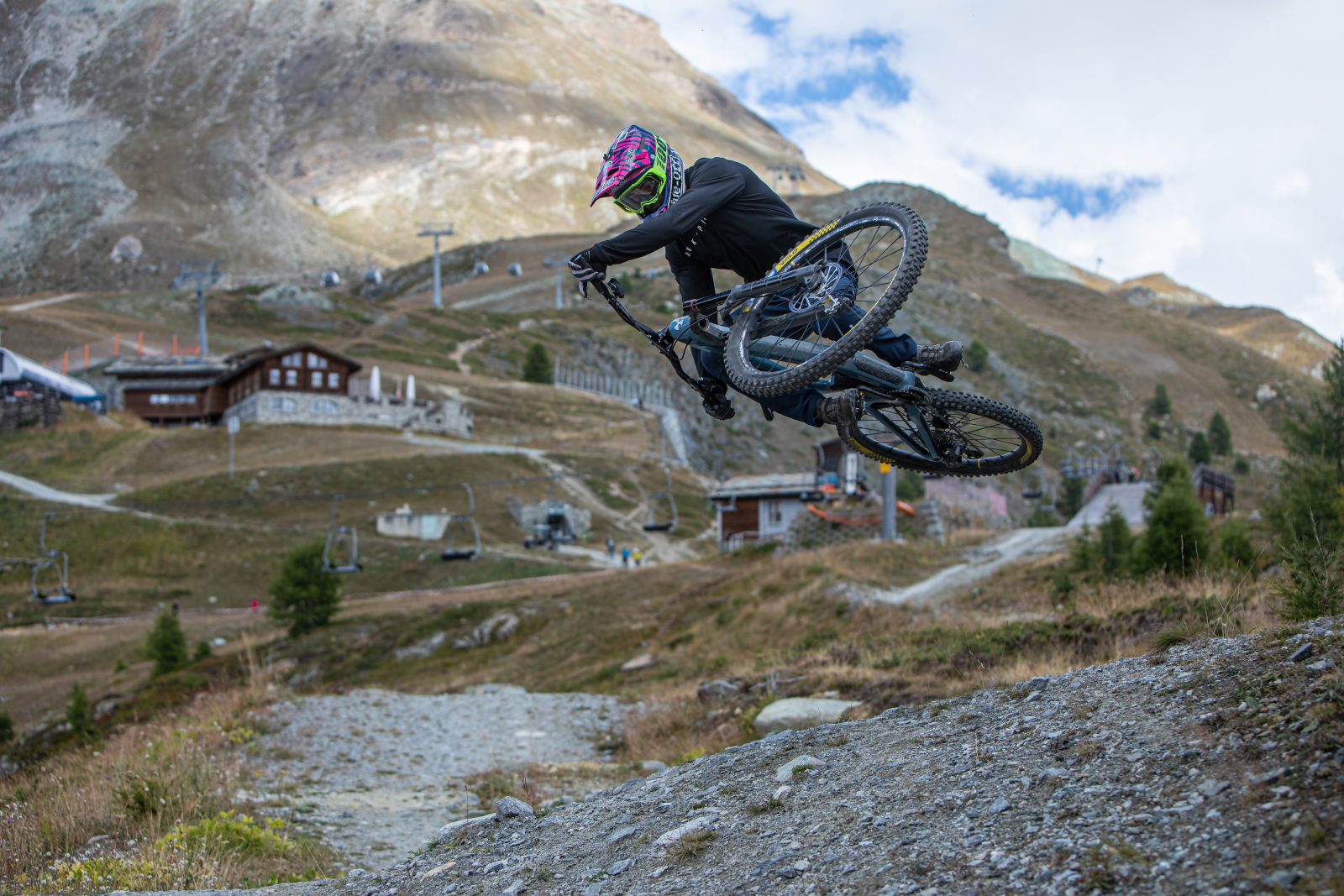 The suspension is designed to be super supple off the top, whilst being supportive in the mid stroke and progressive throughout the rest of the travel. The anti-squat is optimised to ensure the Giga descends like a hooligan yet behaves itself on the climb back to the top for the next run.

The suspension platform is based on the same horseshoe driven linkage as our award-winning Dissent downhill frame, albeit now with a 2-stage main pivot flip chip. Using an eccentric axle system, riders can alter the Kinematic progressivity; so the bike can be tailored to suit the conditions on the trail with only an 8mm allen key. 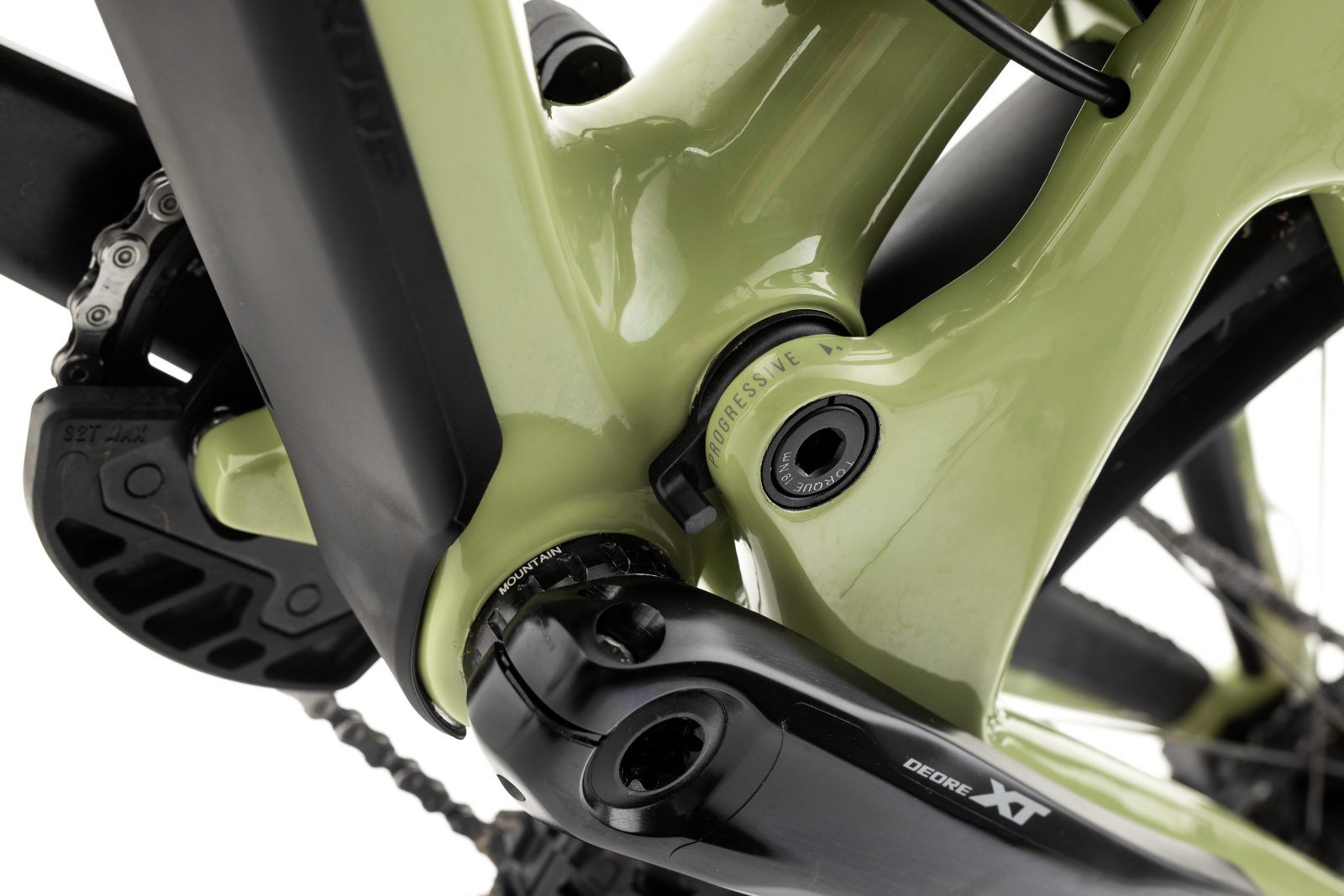 Both settings have a super supple beginning for small bump compliance. They also both have good mid-stroke support for better cornering and pumping. Like the Dissent, the progression drops off in the end stroke to prevent mid-stroke harshness or spiking and allows more tuning options with volume spacers.

The + Progressive setting can be used to add shock progression on a coil set up just like adding a volume spacer to an air shock. The added suppleness is also good in wet and slippery conditions. 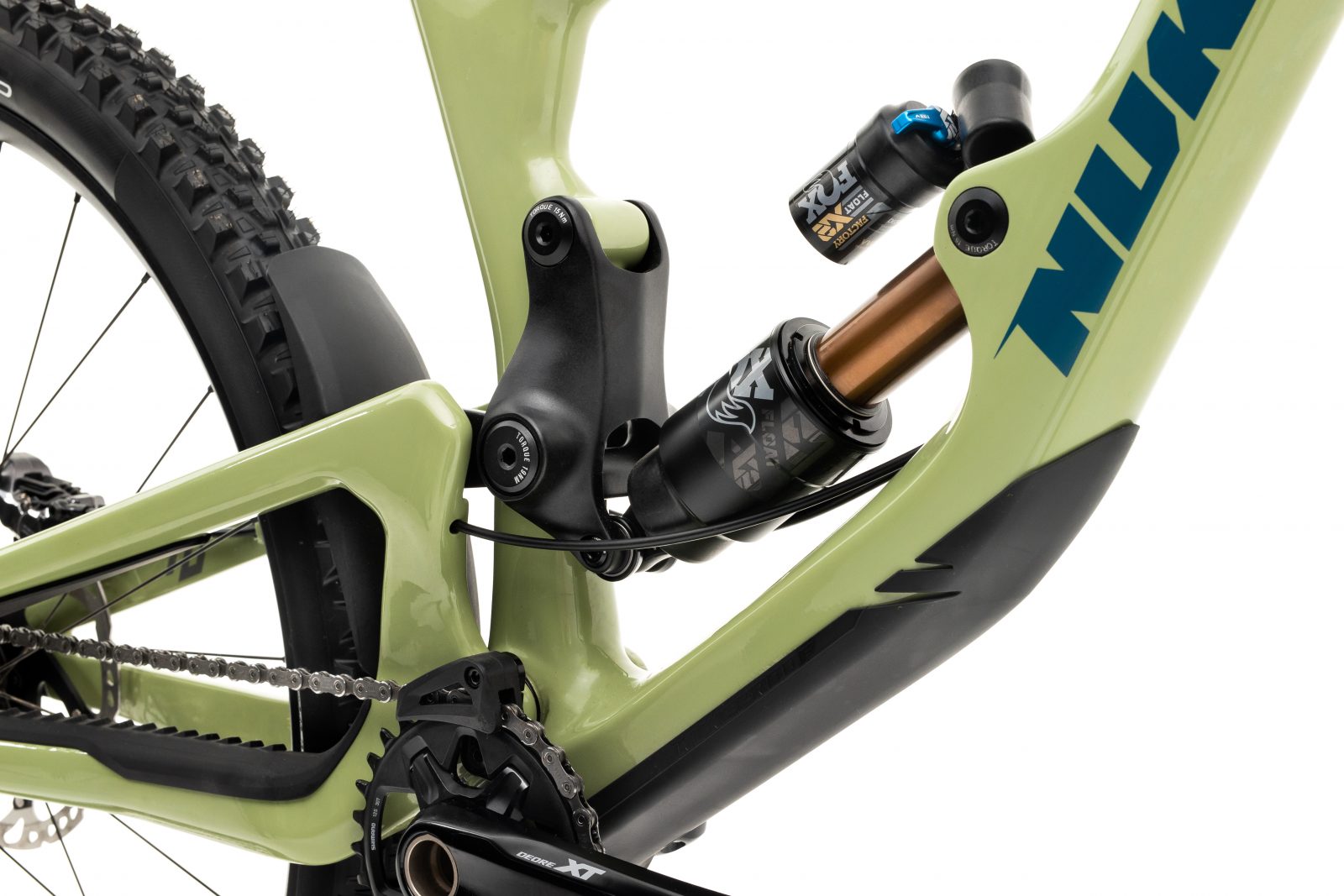 The Giga Frame is constructed completely from UD 700/800 Carbon fibre. This allowed us to optimise the stiffness and compliance of the frame parts individually. The front triangle has been tailored for stability and precision, whilst the rear triangle was designed for compliance to help tracking and provide grip. Another bonus of the carbon rear triangle is that it has a lower un-sprung mass for ultimate suspension performance.

Available in 5 sizes (Small to XXL) in either 27.5” or 29” wheel size, there is the perfect fit for everyone. The frame geometry is Long, Low, Slack and Steep as it is based around our saddle offset principle, which ensures the seated riding position is tailored across all sizes, with steeper seat angles on bigger frames. The Seat tube is also designed for maximum seat post insertion to allow maximum drop.

The Giga is also sculptured to fit a 750ml water bottle (carbon bottle cage included) as well as an accessory mount under the top tube for emergency trail tools. All models also feature an integrated rear mud guard and plenty of clearance for up to 2.5” tyres. The frames feature a clear paint protection kit as standard with 3D contoured rubber downtube, seat and chain stay protection. 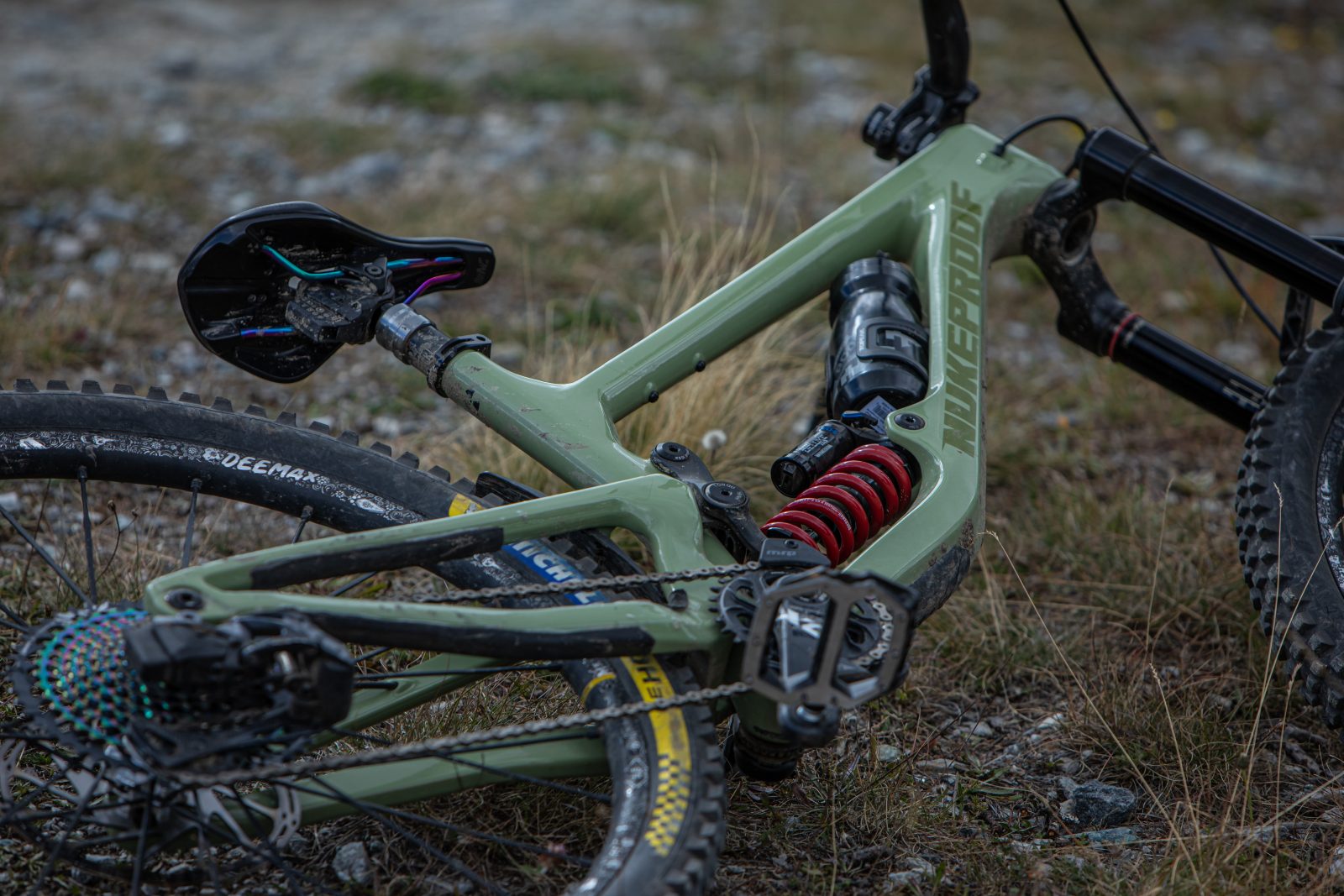 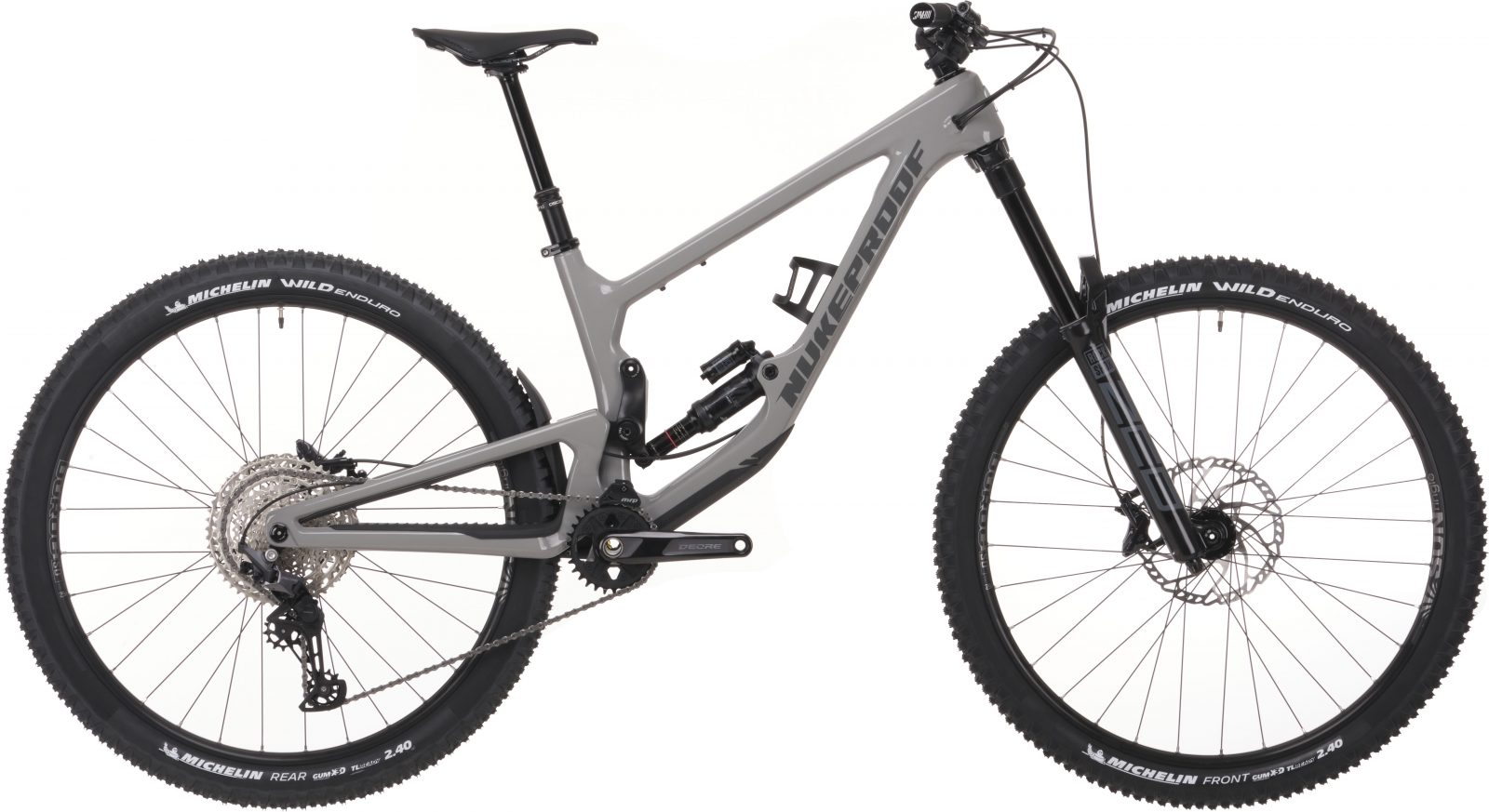 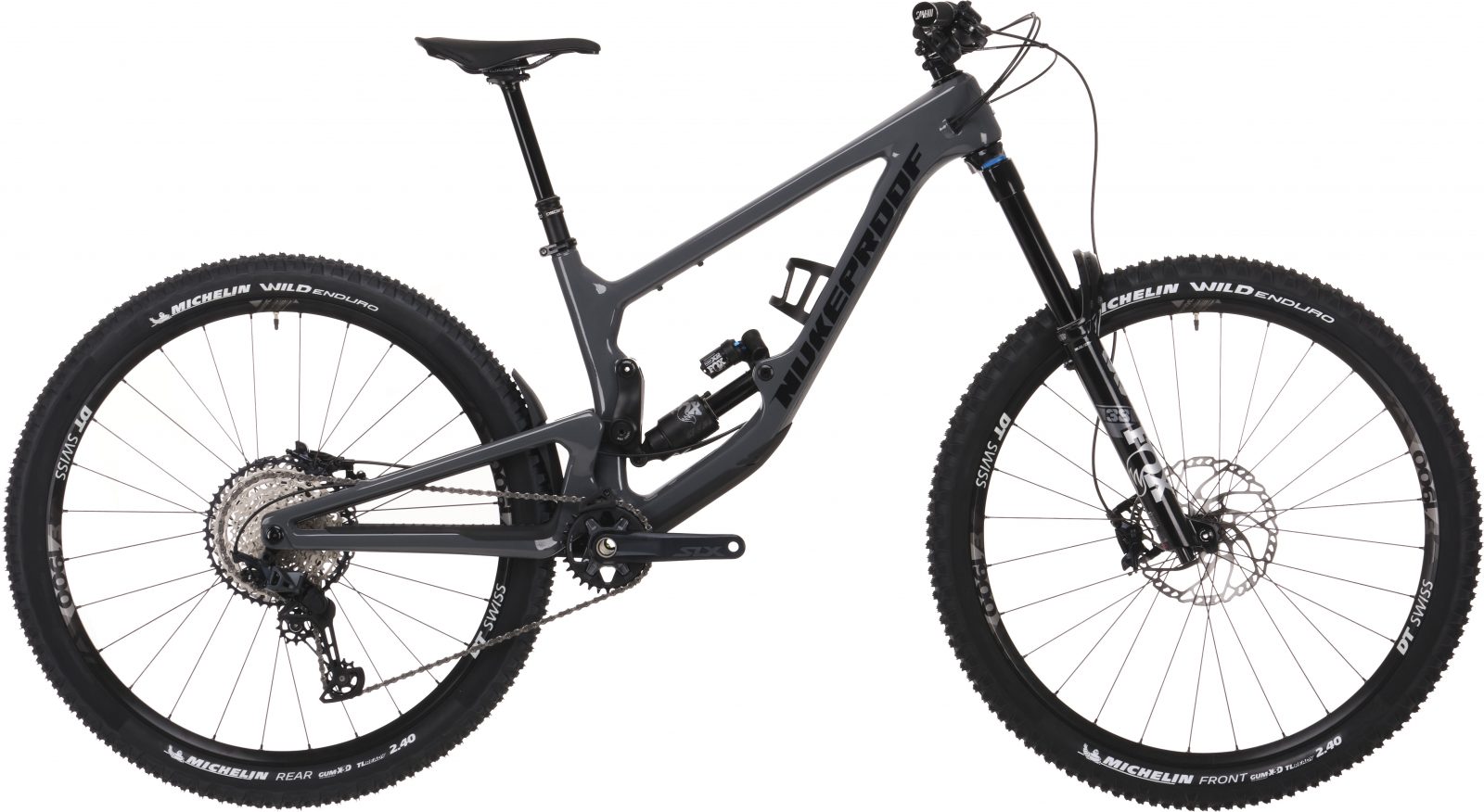 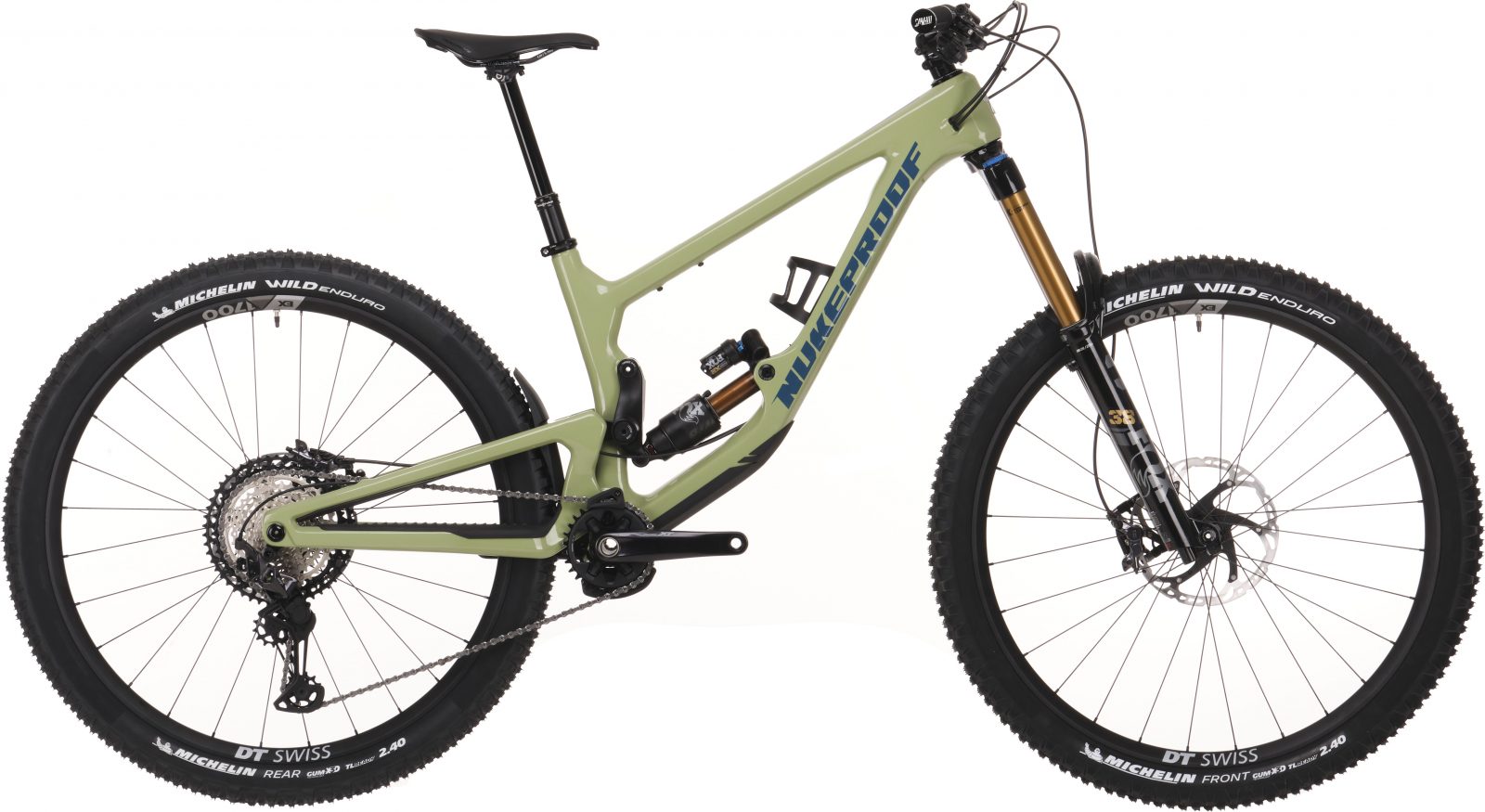 Factory: The Premium build in the Giga range. The Factory Comes with the Factory specification Kashimer coated Fox 38 fork and custom tuned X2 Factory shock. Crisp, direct and reliable shifting from the Shimano XT 12 speed drive train and complimentary powerful 4 pot Shimano XT brakes. Also featured is the awesome Bike Yoke dropper post (drop depends on bike size) and the ultra-strong DT 1700 wheelset. As with the Elite, the finishing kit is from our award-winning Horizon range.

Dynaplug Introduces the Racer Pro with Double the Plugs