With new partners and a new rider, the team around Olympic Champions Nino Schurter and Jenny Rissveds looks towards a bright future. SCOTT-SRAM MTB Racing Team is the new name of SCOTT’s global MTB team for the next four years. SRAM has been a great partner of the team since the very beginning in 2002. Now as a title sponsor, the partnership includes RockShox as the suspension partner as well. “We are excited to work with SRAM and RockShox towards our long term goal- the 2020 Olympic Games in Tokyo”, says Team Director Thomas Frischknecht. Olympic Champions Nino Schurter and Jenny Rissveds are happy to welcome a new team member onboard, UCI World ranking no. 5 Matthias Stirnemann. The Swiss talent will not only be a strong addition to the World Cup races but also ride aside Nino Schurter at this year’s Cape Epic, which will be the first highlight of the 2017 season. Andri Frischknecht, who will race in the Elite class for the first year, will team up at Cape Epic with former U23 World Champion Michiel van der Heijden.

Not shown in the team picture is Marcel Wildhaber. The Swiss cyclocross specialist will also ride in the new team colors. #yanickthemechanic Yanick Gyger gets supported by Kurt Gross, our new wrenching force. As well new to the team is our physio Julia Hegar. 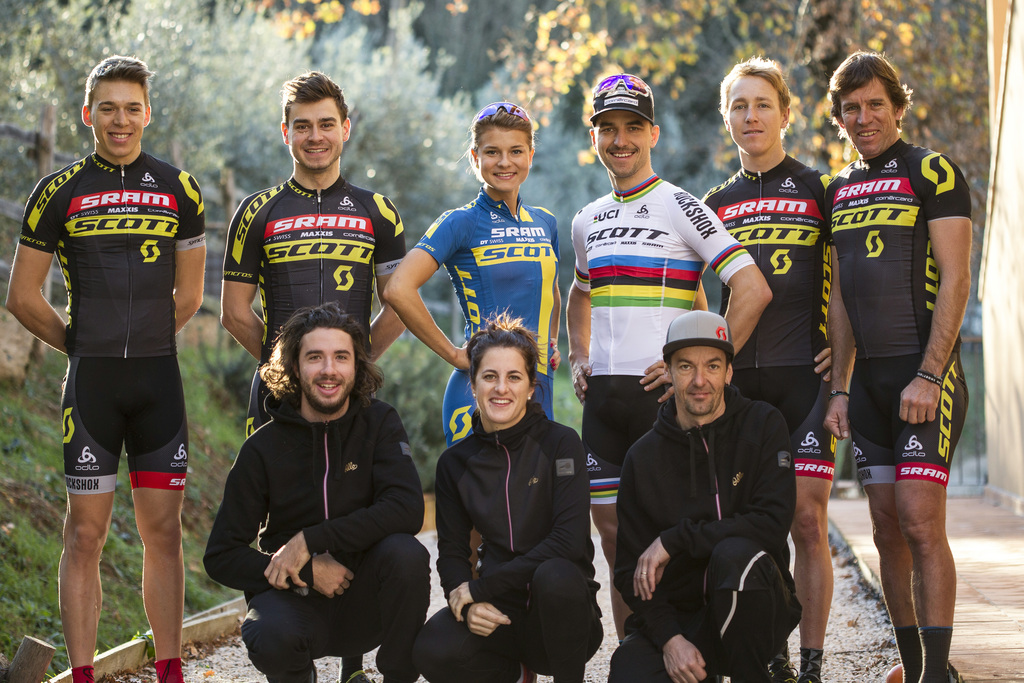 The first training camp in sunny Tuscany with the new formation is already history. Massa Vecchia offered perfect conditions to get started with the new equipment. The team still relies on the fast wheels of DT SWISS. The new bikes are now equipped with SYNCROS components. The choice of tires is MAXXIS. Nino already won the Olympic race on MAXXIS and with this strong brand we see a great potential for developing great tires for the future. It has been many years now that the team is equipped with ODLO clothing on and off the bike. Also remaining as a long time sponsor is the Swiss credit card company CORNERCARD.

Thomas Frischknecht, Team Director SCOTT-SRAM MTB Racing Team: “After an incredible #gloRIOus year in 2016 with two World Champion titles and two Olympic Gold medals, the goal in 2017 will shift a bit. We do not believe we can repeat this super successful season but try to do certain things a bit different instead. Stay tuned to get more news after our team presentation which will take place in South Africa just prior to the Cape Epic!” 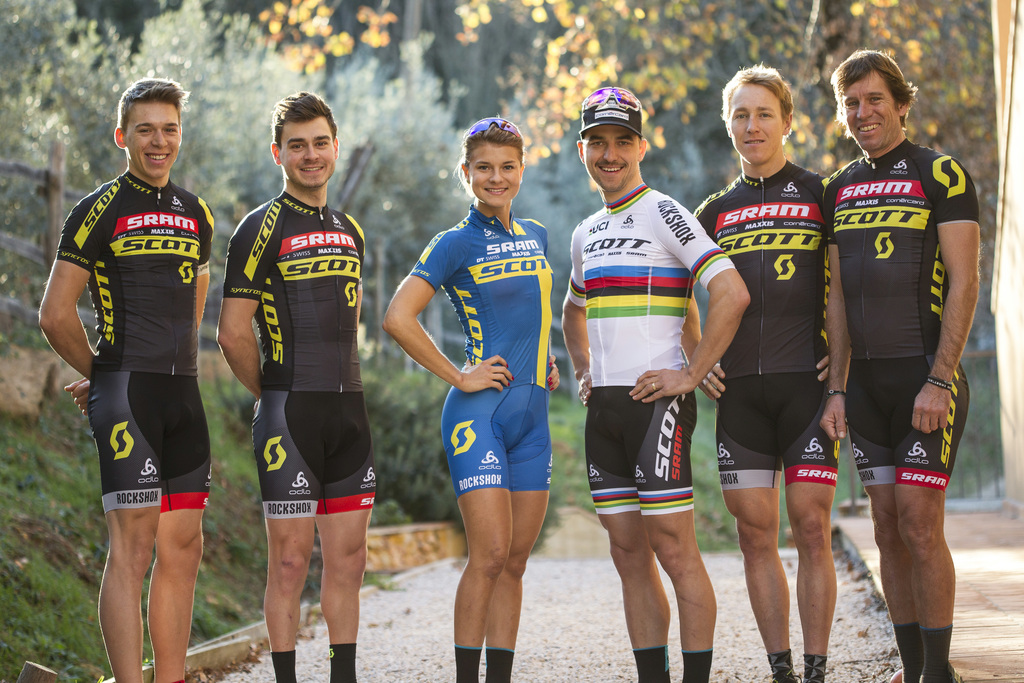 Reto Aeschbacher, Brand Manager of SCOTT Sports: “Working with living legends like Thomas Frischknecht and Nino Schurter is a true privilege we couldn’t be happier about. Their success and their undivided partnership have formed the image of SCOTT as a brand for many years. Cross- Country racing is the spearhead of development for the mountain bike industry. No other discipline influences the sport of mountain biking more than Olympic Cross Country. To run an XC race team on the highest level requires the uncompromised support of many parties. With the total support of industry leaders such as SRAM, RockShox, DT Swiss, Maxxis, Syncros, Odlo we have the strongest industry players aside our global race team, and we are sure to continuously push the sport and MTB products for the next four years.”

David Zimberoff – SRAM’s VP of Marketing said, “SRAM is thrilled to renew its partnership with SCOTT and the racing team. New this year for us is the addition of the RockShox brand so we couldn’t be more excited. Coming of such a #gloRIOus year, we are committed to providing the best level of service and support to the team and riders, as well as the best performing products for continued success.”