With all of the buzz about 29″ wheels on DH tracks lately, we can’t help but chime in…

“The clock doesn’t lie…” That’s the fundamental basis for why we constantly see so many changes in the mountain bike world. We can piss and moan about “feelings” all we want, but feelings mean very little during R&D, and they certainly don’t count on a race course. The products designed for peak performance on elite stages shape the products that eventually trickle down to the consumers. Racers and riders are constantly looking for an edge and competing brands work fervently with their top athletes to develop the best performing products that available resources will allow. Not solely with racing, but in freeride, slopestyle and other non-race sectorss of the MTB market, that’s the way it’s been all along, and that’s the way it always will be. In all disciplines, the best products on the market are the ones that were rigorously developed by the best athletes. 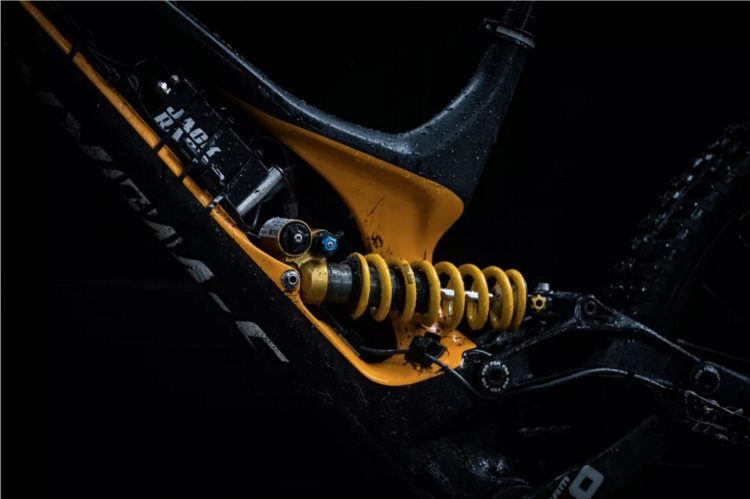 Why feelings don’t matter on the race course.

If you’ve ever done controlled, timed testing, it’s a bit of a dark art and quite often feelings can get in the way. Here’s an example: let’s say you want to perform back to back testing comparing your stock shock with a custom valved, high end aftermarket replacement. Assuming you’ve already established your baseline settings on both shocks, you do a couple of establishing runs to warm up, then start swapping between the two shocks as you are peaking on the track. If the aftermarket shock is truly better than the stock one, there’s actually a high probability that you’ll get to the bottom of the track and think that you “felt” slow only to find out you were a few seconds faster. What’s behind this phenomenon? In a word, control.

When you’re on the ragged edge, you feel fast. But riding on the ragged edge isn’t necessarily faster, and it’s always inherently riskier. Although it sounds counterintuitive, you’ll usually feel slower on a bike that provides more traction, offers better damping and doesn’t beat you up as much. The fastest gear can sometimes feel slower because it allows you to push your limits further, more safely. 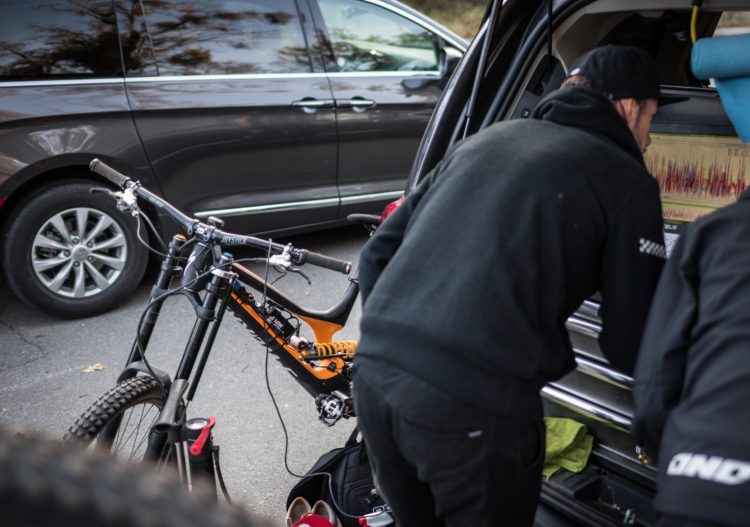 So, while not everyone is happy about it, a handful of racers are making the switch to 29″ wheels on the World Cup DH circuit. Do they look funny? Yeah. Do they look awkward in the air? Yes. Are they faster? Well, according to very thorough testing done by elite racers, yes. Why? Because they have more traction and better roll over characteristics. Simple as that…just accept what the countless hours of R&D has proven. 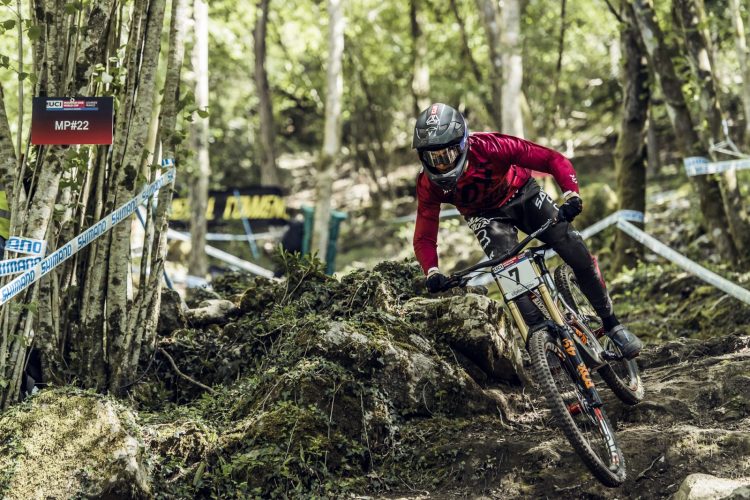 Will this sea change affect consumers?

That’s a tough one, but yes, to a certain extent…When the DH world made the rapid switch to 27.5″ wheels, MTB manufacturers reacted fairly well and a handful of brands continued to offer their bikes as “Park” versions with 26″ wheels and some still do. In this day and age though, it’s become quite clear that 26″ DH bikes are really only advantageous (in the true sense of the word) for elite freeride guys who are spinning and flipping them on massive jumps. Chances are, if you’re reading this article, you’re probably not included in that small group. Furthering that point, most times, even Cam Zink usually runs a 27.5″ front wheel because he likes it better. You can quote me on that. 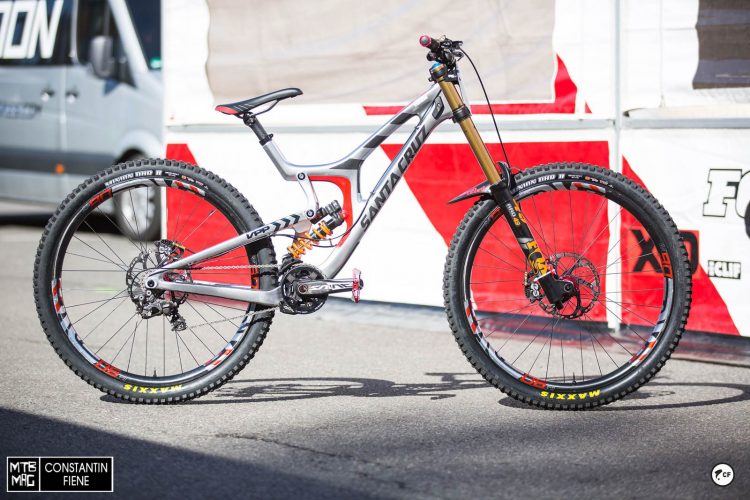 But what about “fun”?

Ah yes…”Bikes with bike wheels aren’t fun cuz they can’t corner good.” First off, that’s simply not true. Sorry to break it to you, but chances are, if you’re saying that, the only thing holding your cornering back is you. Look, in certain cases, there is some legitimacy in this argument, but it’s a bit of a reach and generally bigger wheels are more of a setback on jumps with steeper lips. But even that is all relative.

As geometry gets better and better, bikes with big wheels continue to improve in their handling. Besides, to think wheels smaller than 29″ will become obsolete is absurd. It’s been a few years since 27.5″ wheels took over and it’s still not that hard to find 26″ parts. Choices are limited for 26″, but it’s not like they’re going extinct any time soon.

The other day I had a really odd experience. I went out to ride a fun, slappy little track where speed is everything. The corners are critical and you need to be able to pump the hell out of the bike to find speed everywhere. It’s got some G-outs, bomb holes and rooty bits, but it’s the type of track where if you don’t ace the first feature, everything else isn’t going to link together. I headed out on a 27.5″ bike with 170mm of travel and felt like a complete slob. I found myself missing my 120mm travel 29er. The big wheels carried speed better and the shorter travel made it easier to pump through sections….plus, it cornered incredibly well. Most importantly, with 50mm less travel, it didn’t wallow, but the big wheels took care of the chatter and provided loads of traction. 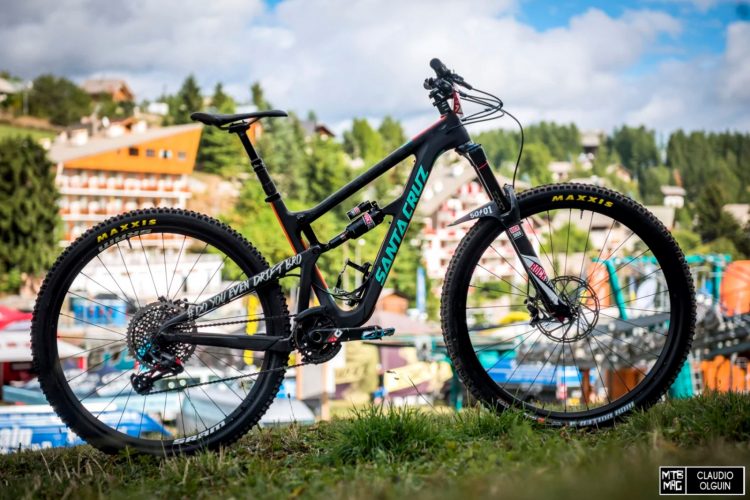 So…The future is probably going to be less travel and bigger wheels…generally speaking anyway. Big wheels aren’t as reliant on suspension travel so they can get by with less…the 29″ DH bikes are coming in around the 190mm range, not so much 210mm. This makes the bike more manageable and it wallows less. Notice how there are loads of 27.5″/170mm travel enduro bikes, but more and more EWS racers are opting for 130-150mm travel 29″ bikes?  Well, you can’t stop what’s coming, so you might as well accept it and not worry about it. In the mean time, your Capras, Enduros, Nomads, SB6s, Patrols and “old” Slashes will still be plenty of fun…especially in the bike park, one of the few places they sort of outshine the wagon wheels.