As consumers in the mountain bike world, it’s pretty easy to be myopic in how we look at all the constant, onslaught of new standards and assume that it’s a problem specific to MTB. When you take a deep breath and a step back, you’ll realize that many other action sports outside of mountain biking, deal with the same sorts of problems. This is because, we’re all in search of the same thing, and the marketeers are all happy to suggest they have the answer…Even if they’re pretending to be coy – case in point, pictured below. 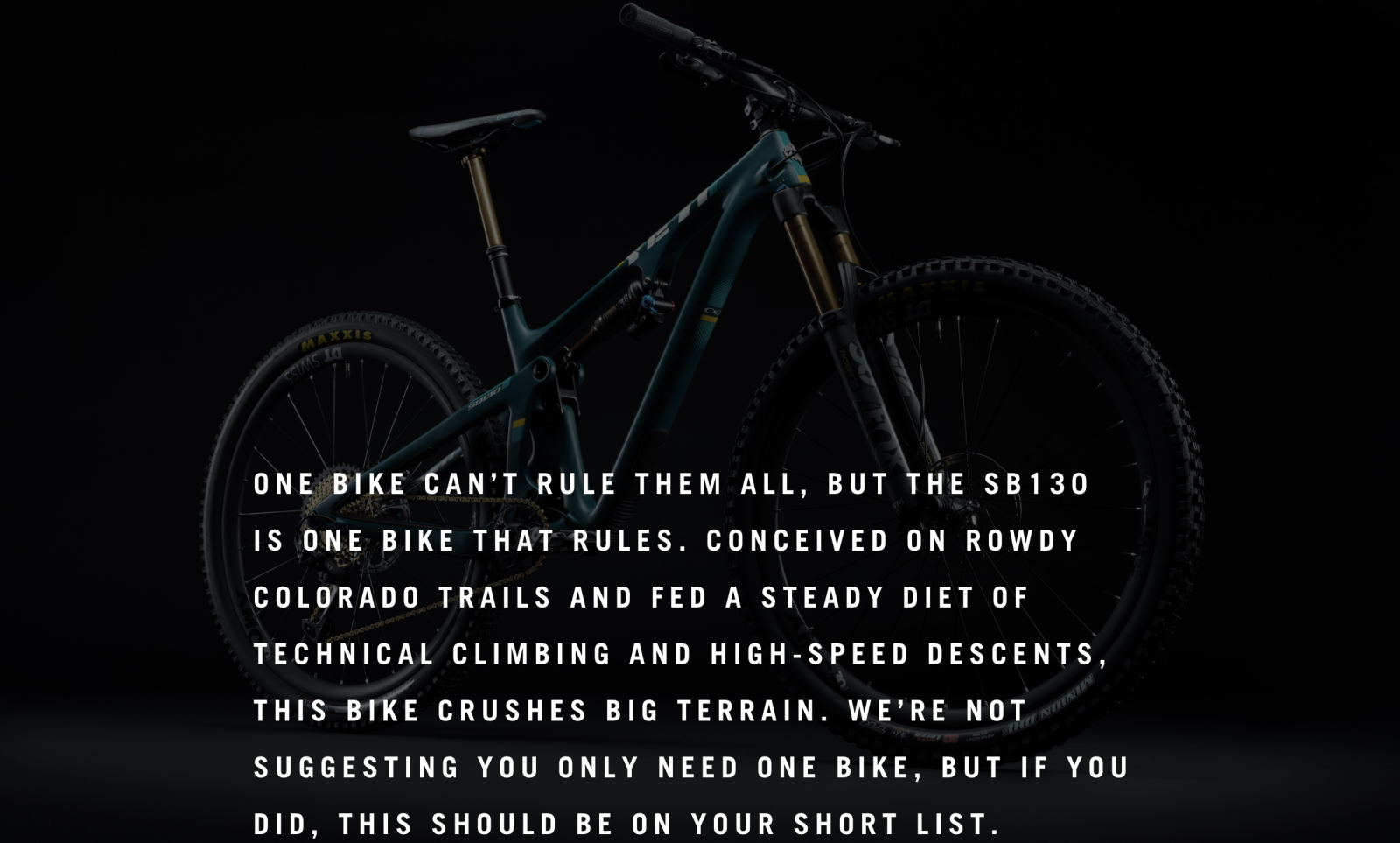 “One bike to rule them all”… The “do it all bike”…”A Jack of all trades”. The list goes on. In other sports, brands essentially use different names and phrases for the same thing. In surfing, brands trip over themselves to convince you that one of their “Quiver Killer” models is the be-all, end-all board to replace everything from your summer grovel board (for small waves) to your winter step up (for big, scary waves). LOST surfboards literally have a model bearing that name. The story is the same with snowboarding and skiing, as well as other action sports, but it’s less common in traditional sports. Case in point, no one in the golf world is trying to sell you a singular club to drive, chip and putt with, on the entire golf course. Even if that was the case, it would be pretty disingenuous to market said miracle club as being a suitable alternative to a bag full of tailor made (no pun) clubs. That brings me to an interesting segue…

Growing up on a small family farm in rural, Upstate New York, my grandparents weren’t exactly made of money. Part way through high school my Father developed an interest in golf – which is broadly considered a sport for wealthier people. One day, my grandmother got enough money together to buy him a used 2 Iron at a garage sale. During hay season, if time provided after chores, she would take him to Glass Hill, a nearby course where he would play the whole course with said 2 Iron. If you could only afford one club, that would THE right choice. You could putt with it fairly accurately and you could get some distance teeing off, but good luck getting under the ball and finding any loft. Even worse, have fun getting your ball out of a sand trap with a 2 Iron. Anyhow, my father was too modest to ever mention this, but according to my Uncles, he became a young golf prodigy. Amazingly, he consistently scored two under par with just that one club, and understandably had scouts all over him. In Junior year, he left the pitching mound, traded his baseball glove in and joined the golf team. Unfortunately, my grandfather wasn’t having it, and that was the end of golfing for him.

If you want it bad enough, and you stick with it, you could be scoring two under par on a budget, with a 2 Iron so to speak. Here are a couple of quick examples of how adaptation resulted in excellence: In the late 1990’s and early 2000’s, downhill racing was utterly dominated by Australians, who had little more than molehills and flat turns to train on. How did they get so good? Grit + adversity. Second – do you know how Brandon Semenuk learned to ride a bike? His older brother sent him careening down double and triple black diamond sections in Whistler on a cross country bike assuring him that he’d make it down ok.

Anyhow, the broad industry-wide goal of building a miracle bike that can “do everything” is one that will never die, partially because it’s impractical. It remains a noble goal, but understandably, consumers go stark raving mad whenever there is a new wheel size or standard introduced as a side effect of this ongoing, wallet draining effort. Looking back at what was considered a versatile “do-it-all” bike 7 years ago, compared to now, you’ll realize the progress has been remarkable. Look at the current crop of mid to long travel 29” bikes – the new Yeti SB-130, and the Specialized Stumpjumper are good examples. The sheer capability they boast while still having serious climbing efficiency on offer is nothing short of staggering. So with that in mind, we could all stand to be more grateful for those constant, nominal performance gains despite the havoc they inevitably wreak on our bank accounts.

Really, it all comes down to your level of commitment, passion, and unfortunately – your budget. If you’re a serious athlete who wants to compete, travel the world, push your limits, ride a host of different terrain and hone your skills in every facet of the sport, then one bike will never, EVER cut it. World Cup DH races will always be won on highly specific downhill bikes, Joyride will always be won on 26″ slopestyle bikes and so on…This is because the furthest ends of the sport require the most highly specific tools to do the job.

On the positive side, if you have those aforementioned aspirations, but can only afford one bike, don’t live somewhere like British Columbia, and don’t have the luxury of travel, then the inherent limitations will only serve to make you a much better rider in the long run. And, thanks to constant innovation, your options now are better than ever before. The bottom line is that although frustrating at times, we’re all winning due to all of this innovation. While there will never be a do everything for everyone bike, but we’re getting a lot closer to a do everything bike for the average weekend warrior bike.