Let’s face it, whether you love them or hate them, eBikes aren’t going anywhere. At least not anytime soon. You’re a free person…you don’t have to be on board with them. You can despise or embrace them as you please, but they’ll increasingly be damn near impossible to ignore. As a media nerd in North America where they are far less accepted than in Europe, I’ve been put in an odd position. There are a multitude of both legitimate and illegitimate concerns over the recent onslaught of our battery powered, pedal assisted, two wheeled brethren.

Lets start with the most glaring issue: trail advocacy. This is a stewing, genuine concern that we should all respect. Most trail centers: city, county, state and national typically prohibit motorized vehicles on multi use trails that are open to hikers, cyclists and equestrians. To be fair, there are motors inside of eBikes so it’s understandable that has become a controversial topic. 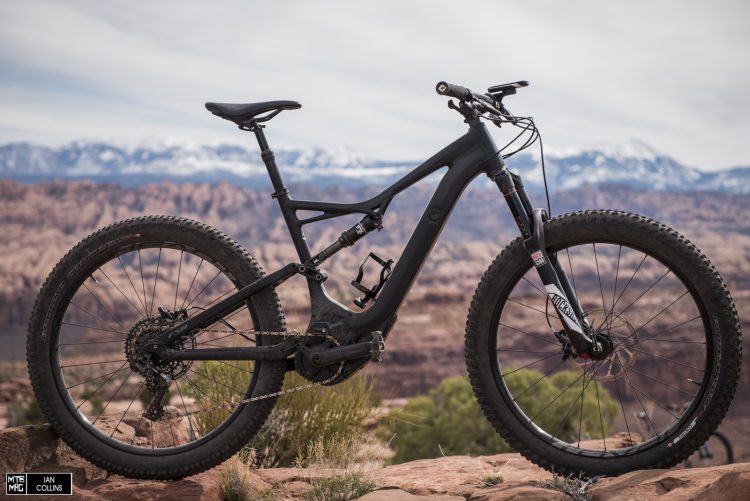 *eBikes can’t hit greater top speeds than a normal mountain bike (except perhaps while climbing)…In fact, because they weigh more and are subsequently harder to slow down, they tend to run slower on the parts of a ride that see the highest speeds (the downhill sections)

Opponents who vehemently hate eBikes are skeptical for the following reasons:

*If trail access is already in jeopardy with mountain bikers being the ideal scapegoat (despite the fact that most studies show hikers cause more littering, erosion, trail widening etc.) these artificially powered devil bikes will just make things worse.

*Brands should do more for advocacy and be more patient. Manufacturers should not produce and sell eBikes until they have worked with local, state and national governments/municipalities to help legalize them. If they don’t, consumers will ride them on trails illegally and worsen trail advocacy all around, particularly in sensitive regions. i.e. : Don’t rush them to market.

*It’s cheating! You have to earn it!

As an initial skeptic/hard sell, my main concern was admittedly clouded. Simply put, I honestly just thought eBikes were just flat out lame. However, I did comprehend the fact that they were “pedal assist” and that you couldn’t just hit a throttle and rally up a hill like you were on a dirt bike.

After riding a Specialied Turbo Levo in Moab I realized that they actually made climbing more fun…And given the level of fitness I had, I was surprisingly more gassed from trying to prove myself on impossible hero climbs than I typically would have been during a typical medium paced ascent. I was riding harder than I usually would and hit much higher heart rates. But I still had this stigma…I thought: these things are just an easy way out. Riders need to earn it. I’m cheating.

For instance, Troy Lee. Yeah that Troy Lee. THE legend. The man. The guy who only sponsors the gnarliest, most progressive athletes in mountain biking. Recently, I heard through the grapevine that Troy had become a huge fan of eBikes and that the Specialized Turbo Levo changed his life. Naturally, I reached out to TLD’s main man in all things MTB: Craig “Stikman” Glaspell. I wanted to get his take on why Troy had jumped on board and started riding a Levo.

If you don’t know who Stik is, first off shame on you. But just know that he works way too hard and he hardly has time for bullshit, especially mine. So…in what little time he actually has, this was his word on the matter:

“Troy Lee…He’s been mountain biking since the 80’s. A founder of the early race movement, a DH innovator and racer…In the late 90’s his focus went to moto gear and helmets a bit as well as Supermoto racing, he rode bicycles a bit less…but still rode. Three years ago, he crashed at Glen Helen, shattered hip, broken back, the works…recovery for a mid 50’s, long time partier, entrepreneur was massive, painful, meds up the ass…But, he had a revelation: “I gotta get outside and get healthy”…Specialized sent him one of the Turbo commuter bikes that he rode around Laguna, it aided in his recovery, he took it off road even though the thing was sketchy as fuck off road.

When I rode a Levo at Eurobike 2015, I knew he had to have one…Finally, a proper MTB with some assistance, so he got a LEVO in April of 16’ and he’s not turning back”

Since then, Troy has been getting out and enjoying what he truly loves. For a mountain biker, shouldn’t that be all that matters? Can you see why there is more to this than just laziness? If you want to be a dick, go ahead and tell Troy he’s a lazy sellout…

There are many other benefits to these bikes. Personally, as a photographer and trail builder who wants to be able to ride into remote locations and build/maintain/shoot said trials, it requires lugging a very heavy bag around. Quite often when you’re working under pressure with elite athletes that isn’t practical with a regular mountain bike. eBikes can come in handy as a powerful tool in being more efficient while doing the aforementioned.

So as a mountain biker who is genuinely worried about trail access amongst other things, where do I stand on this issue? Well…it’s a bit of an ideological war. It might not be as heavy a subject as pro choice vs. pro life, but it’s still a tough one. No doubt, I think that the manufacturers who stand to gain from these bikes (and there seems to be no shortage of brands lining up to make them) should do their part to help with advocacy.

But how should the media handle eBikes? Pressure from advertisers has left the media picking one side or another. Core media outlets like Dirt Magazine tested the waters, dabbled, and eventually covered one story on eBikes alongside us. Consequently they were shelled by their devout following and got scolded for being sellouts. It wasn’t all that surprising as the Brits seem to be the most “core” group out there.

So…Dirt started a separate website dedicated to eBikes and we have as well. Pinkbike and Vital MTB have refused to cover eBikes. Bike magazine has as well, but recently ran a Specialized ad in their “Bible of Bike” issue. Is that a sign of the times? Will they eventually cave in? Perhaps the most recent point of controversy was a cryptic video that the Coastal Crew made. If you aren’t familiar, they’re incredibly talented freeriders from British Columbia. In the video they were quietly shredding their home trails just like they would in any other video that they’ve pumped out over the years, nothing new.

In the last shot, as the camera panned away it revealed them riding Specialized Turbo Levo eBikes. To provide some background, Curtis Robinson and Dylan Dunkerton (who comprise the Coastal Crew) are some of the most talented freeriders on the planet….Surely only riders of that caliber can push around 50+ pound bikes in such a stylish manner…But the video was provocative to say the least.