In collaboration with the Milanese artist No Curves, Pauline Ferrand-Prevot has customized her BMC Fourstroke that she will race during the upcoming XC World Cup season. 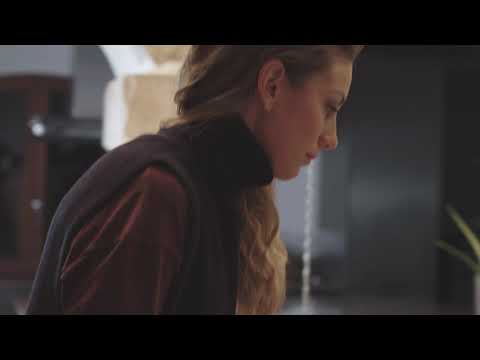 Pauline rarely needs an introduction. But the palmares of this 6-times World Champion only tells one side of her story. This particular collaboration for her team-issue Fourstroke and Twostroke bikes was about articulating her true identity–on and off two wheels. She is candid; she stands out. It would take a unique person to be able to capture this. 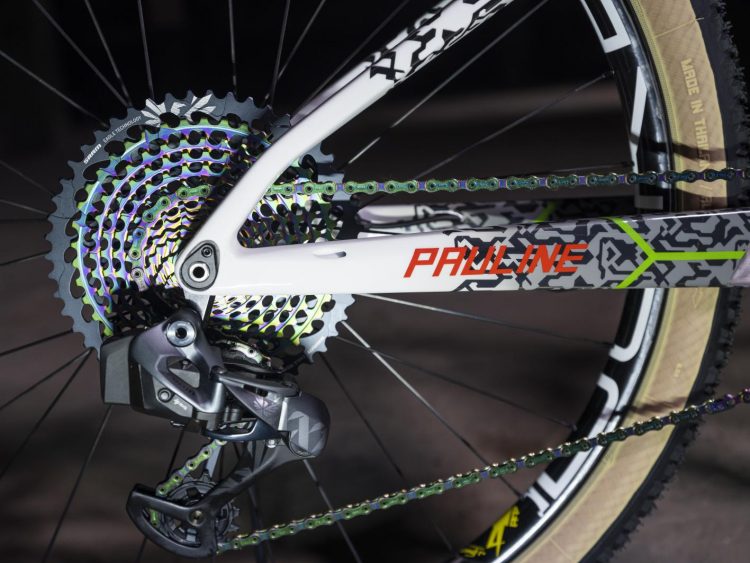 Enter NO CURVES, whose real name remains a mystery. The Milan-based artist was exactly the right person to strengthen the natural connection between this gentle panther and her bike. The connective thread running through NO CURVES’ work is his knack for interpreting an identity through tape and sharp graphics. 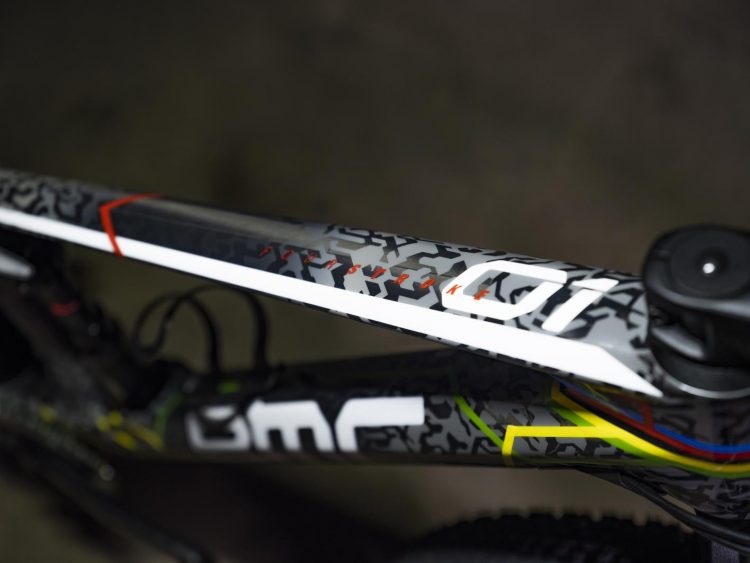 The design process began with a curveball, as NO CURVES threw a string of questions at the 29-year-old Frenchwoman, to which she had to reply in picture format, fast. 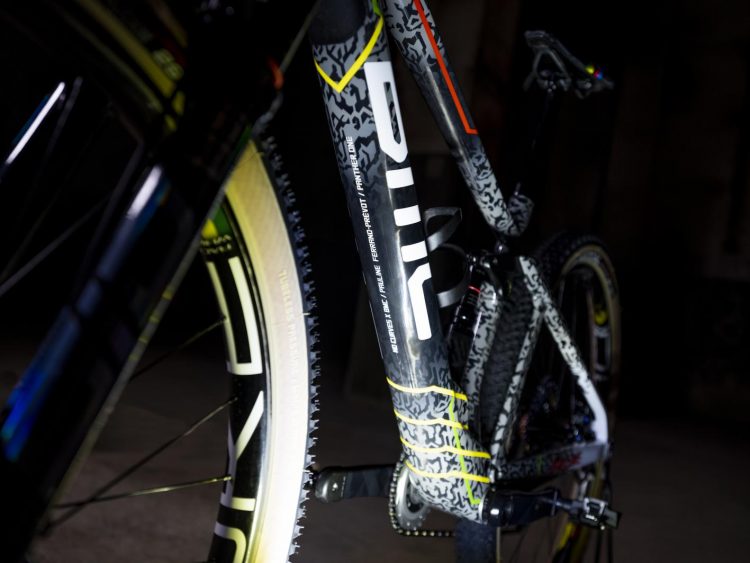 Armed with these responses, NO CURVES entered the studio to develop a design fit for his most restrictive canvas to date; a bike frame: “You’re dealing with this extraordinary contradiction that is a BMC bicycle – designed with incredible digital software but ultimately still created in an artisanal and artistic way.” 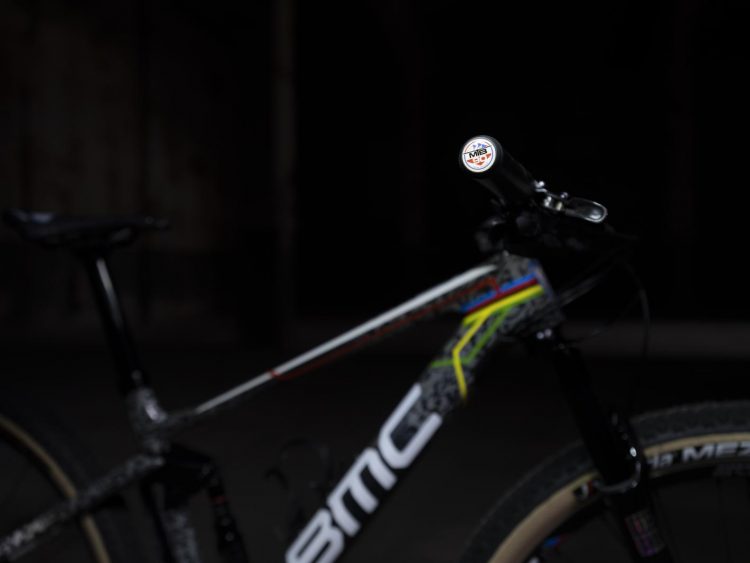 It brings home that technology – however perfect – still needs the creativity and intuition of humans. 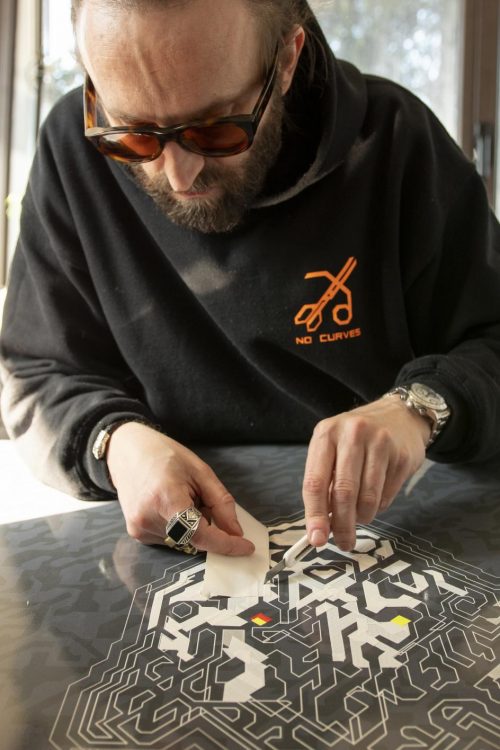 The process continued with the high-concept design taking shape in meticulously categorised colours, angles, and dimensions to illustrate three main elements: Pauline, the mountains, and the world. 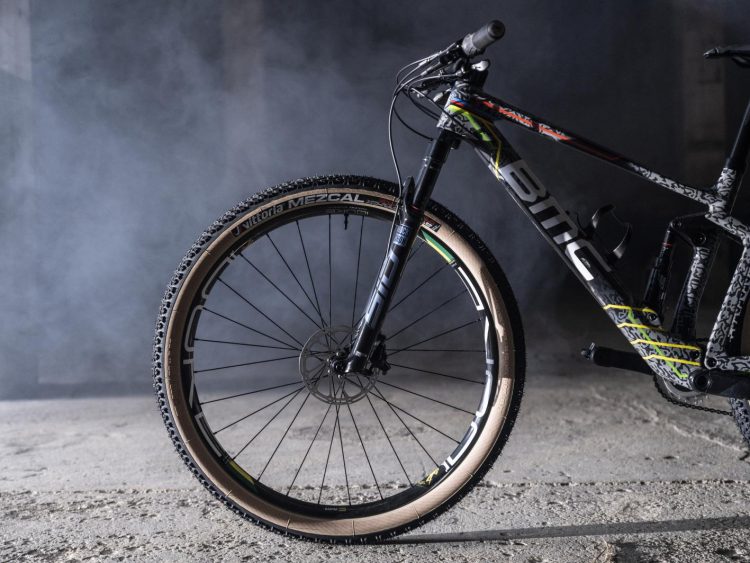 “There’s always a part of me that’s reserved, and I have no idea how NO CURVES summed me up so well. He has this insane ability to look at me with a wider lens – from my sporting life to me as a woman. It was fascinating to get his external perspective. He’d done a monstrous amount of work to really look at what is in my core and what I hold close to my heart.” 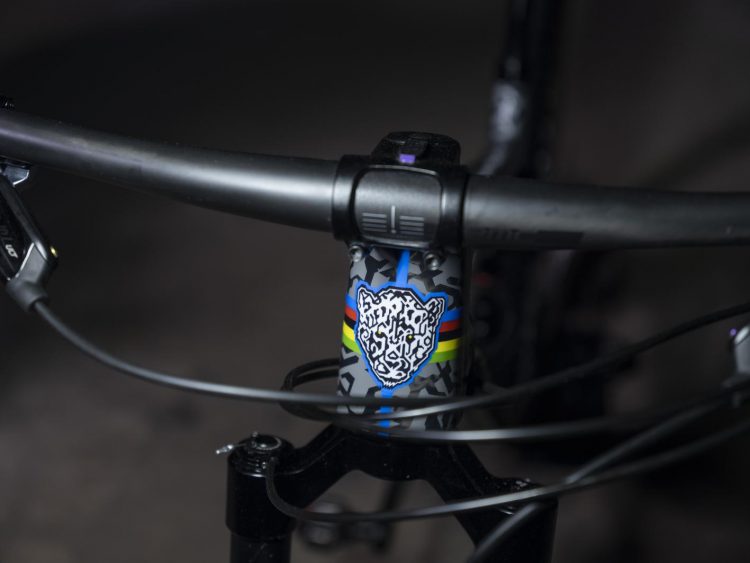 “Riding a bike that you’ve contributed to is a huge privilege. It really boosts my confidence as it’s also a part of me and shows a side that people won’t have seen before. Often athletes are only seen from the outside, but it’s not all performance.” 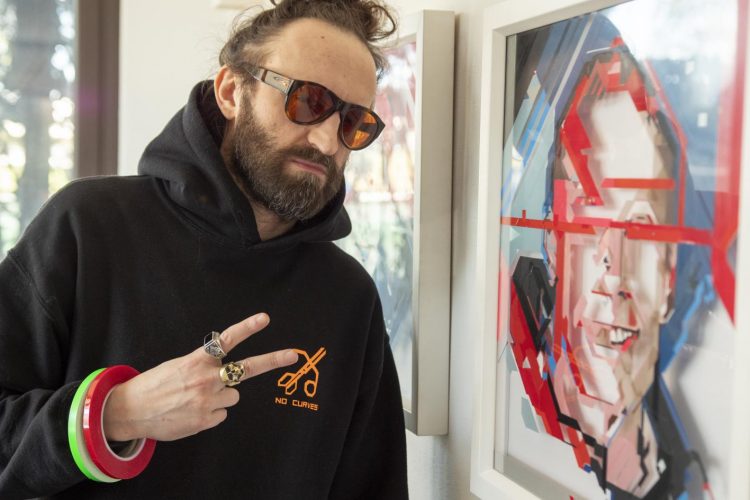 Five Things You Should Know:

– The vibrant colour palette makes use of her rainbow stripes, representing all of the continents, and Pauline’s fiery character.

– Not only a nod to the bikes’ natural terrain, the deconstructed mountains at the junction of the downtube and the seat tube represent the new challenge with BMC, the highs and lows of the sport and how easy it is to go from one to another.

– The panther on the head tube represents Pauline: super calm on the exterior but with an internal rage ready to be unleashed on race day.

– The BMC logo stays true to its DNA on the downtube but is joined by Pauline on the chainstay and a discrete signature by NO CURVES.

– Ensuring full compliance with the UCI World Champion stripes was worth breaking a sweat over and well suited to NO CURVES’ tape art approach. For that matter, each stripe is 8 mm in width.