Race Face is definitely most well known for their componentry and lately for pushing the limits with the lightest production MTB crankset on the planet. For 2015 their new lineup is looking really good.

Graphics on the Next series coordinate with the graphics on SIX C. The new line has a very cohesive aesthetic. 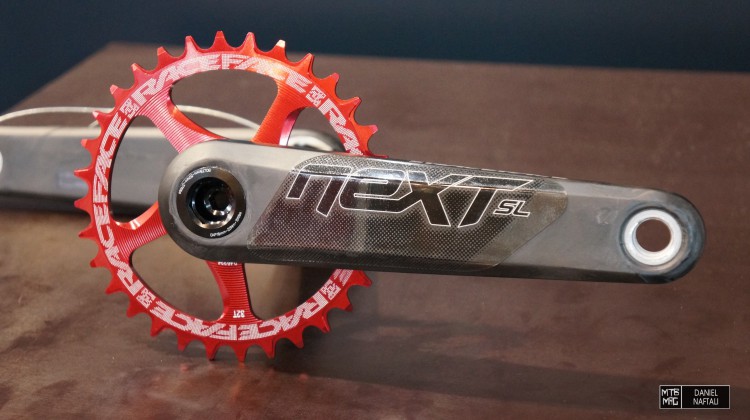 The Next SL have been revised, now a bit wider and stouter for greater rigidity. 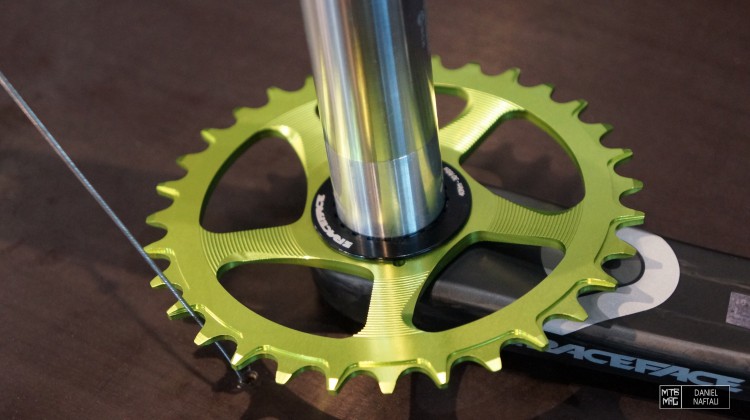 The interesting new locking ring on the spider is now present on Next, SixC and Turbine cranks. The new system will be much easier to change from one configuration to another. 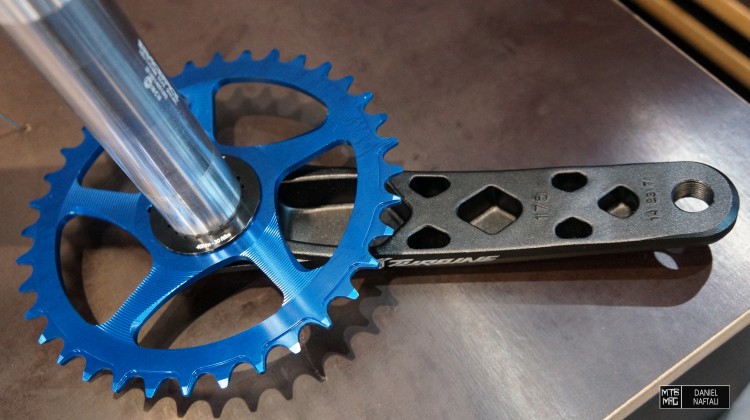 It’s new forging is much stronger and more rigid according to Race Face.