[ad3] With a rapidly drying track, it was no surprise that the tides began to shift in favor of Aaron Gwin.  Times were all over the board today, but for quite some time, local French rider Amaury Pierron held the hot seat down and was looking unstoppable.  Legends like Greg Minnaar, Brook Macdonald and more couldn’t touch him.  Eventually he was upset by Danny Hart.  The rest of the top ten looked good, but no one could touch Aaron Gwin.  His poise and raw speed seemed untouchable.  The last rider, Loic Bruni came oh so close.  He was up by nearly two seconds and after a bobble in the woods he dialed it back in and stayed composed for a few more seconds until he threw it away in a turn close to the bottom of the track.  Gwin is still seemingly untouchable.

In the Women’s category, they dealt with a bit more moisture earlier in the day. Rachel Atherton proved she still had the mettle after a shaky quailfier yesterday.  Tahnee Seagrave, Manon Carpenter and the other usual suspects were all still up there, but at least four and a half seconds back.  Rachel is all but unstoppable.

In juniors, style king Finn Iles made an incredible debut by winning the first World Cup that he ever competed in.  Will he be the future? 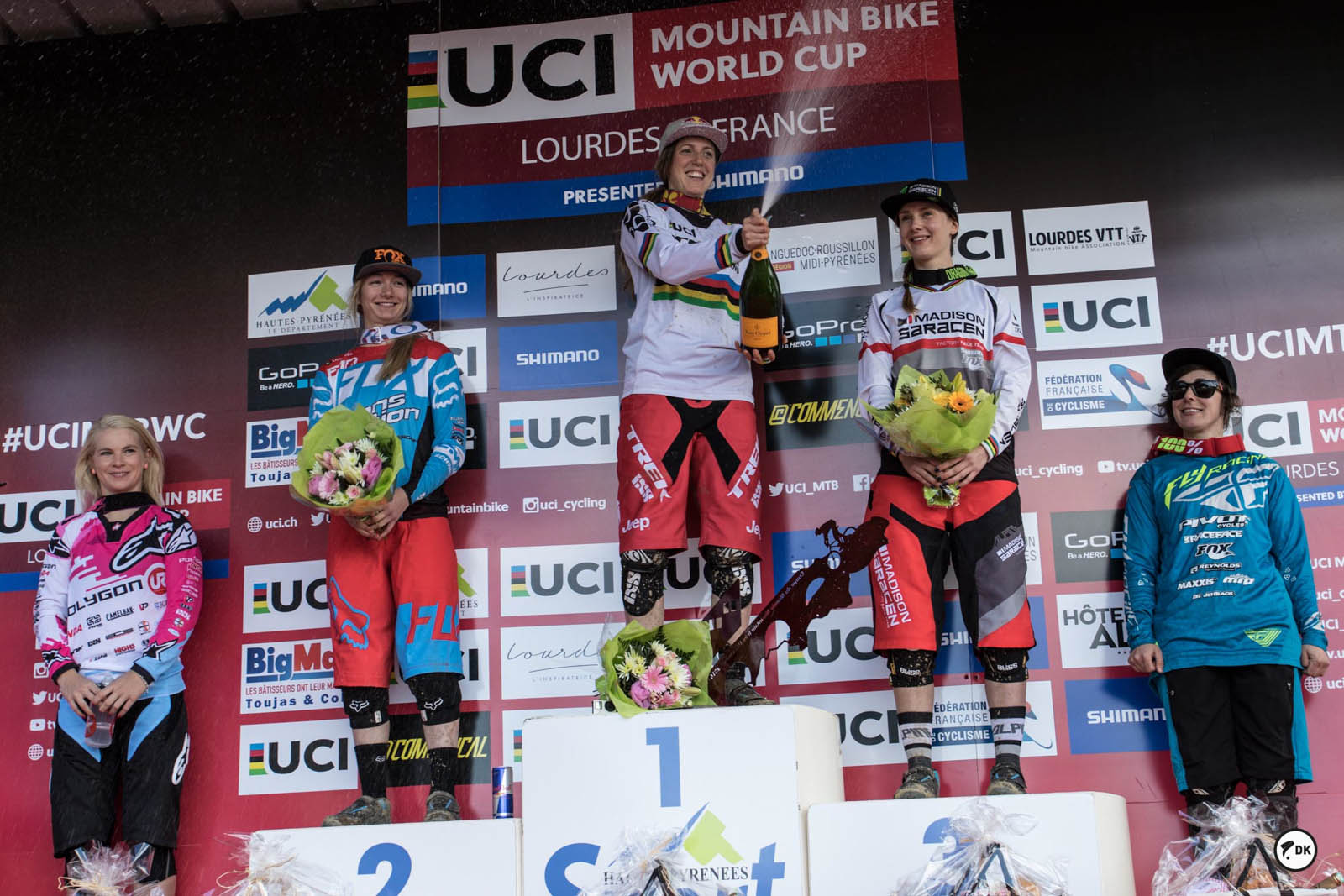 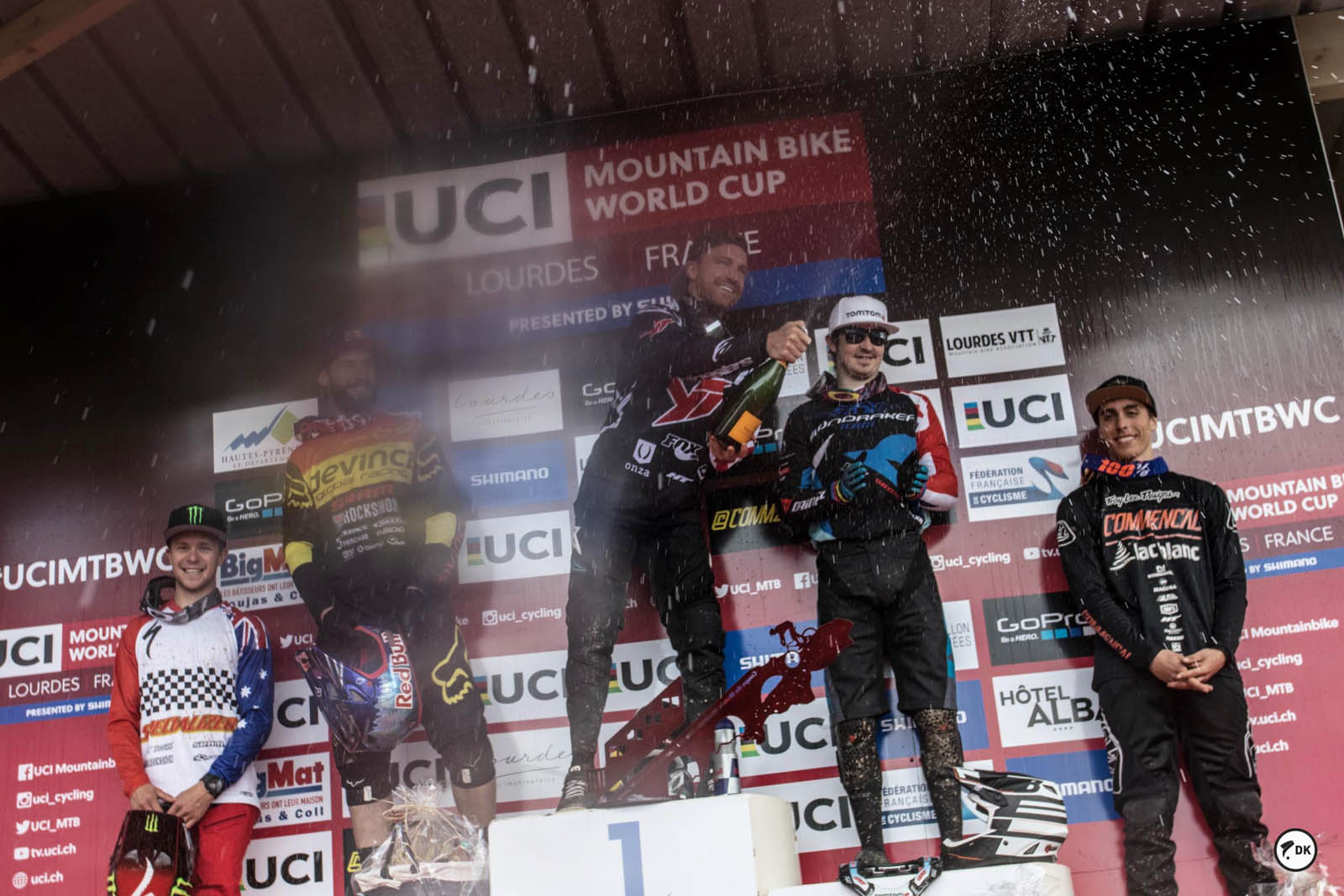 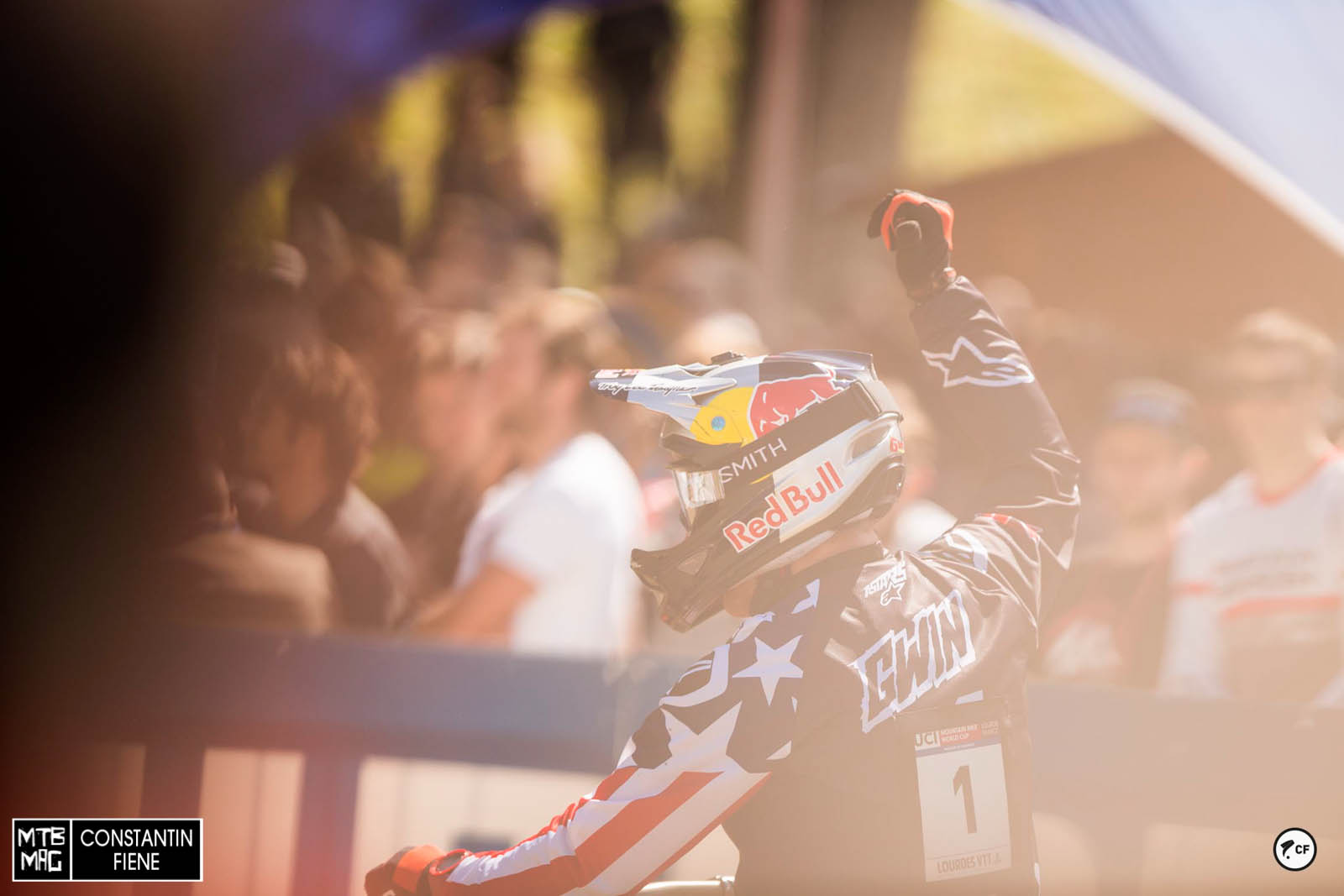 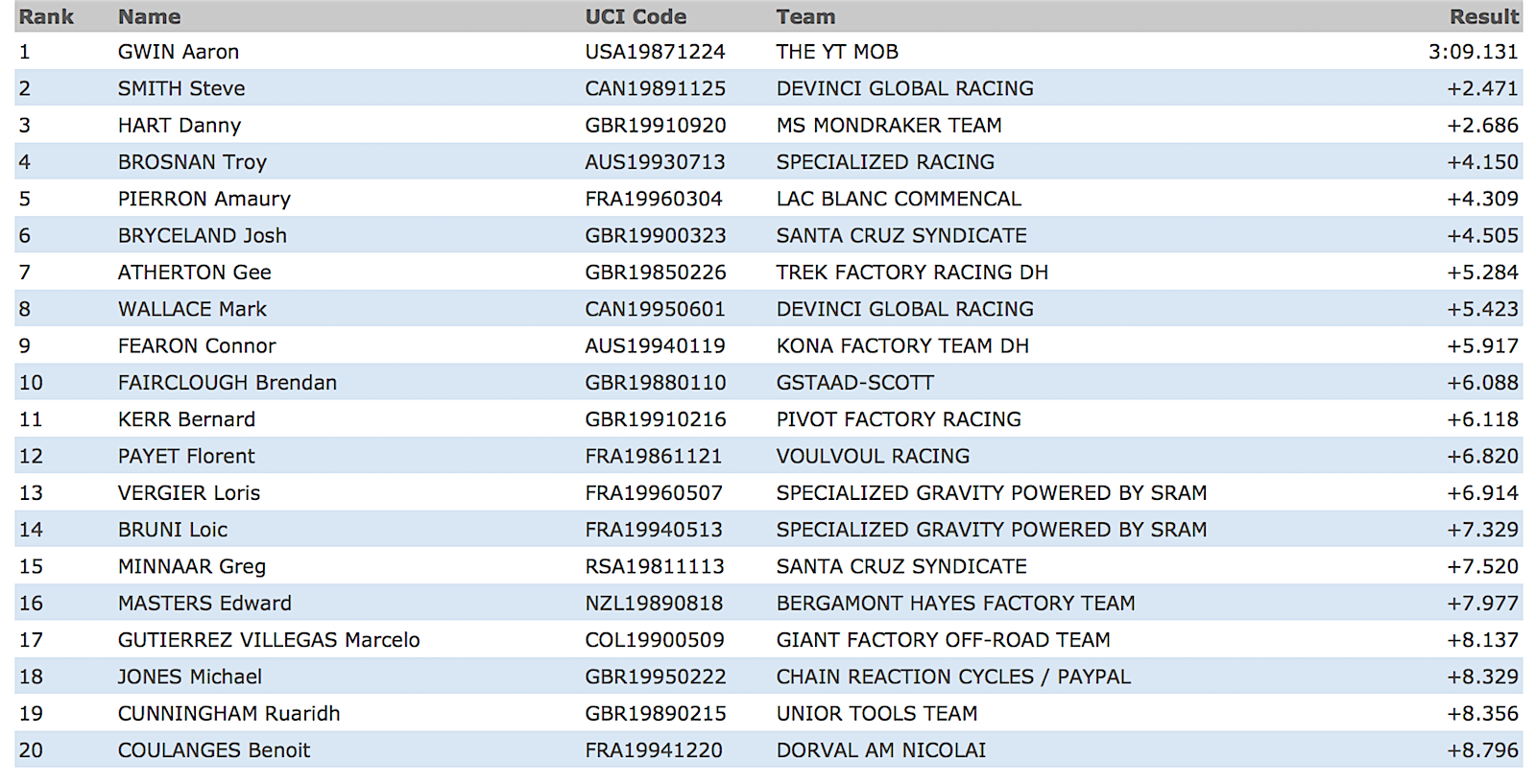 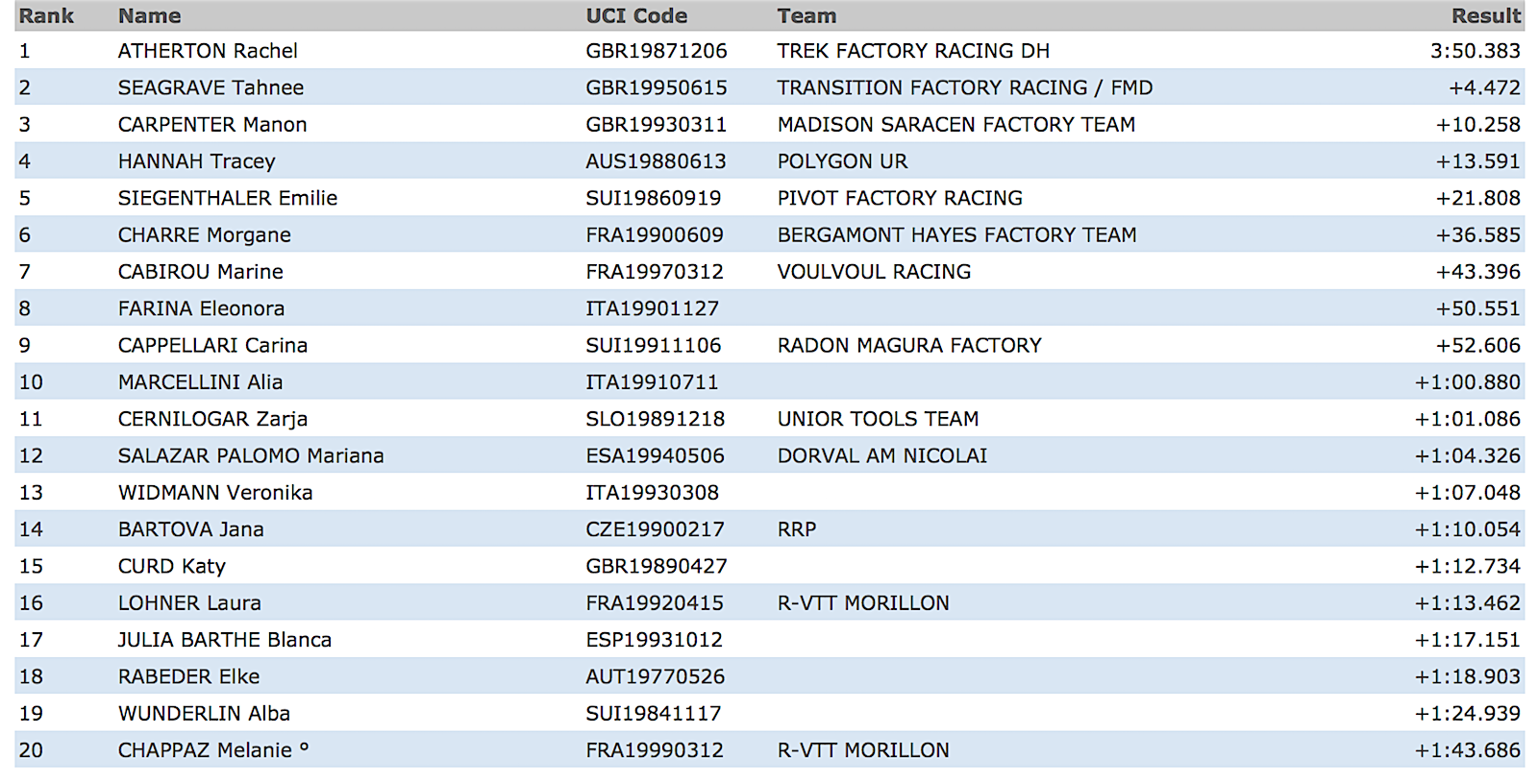 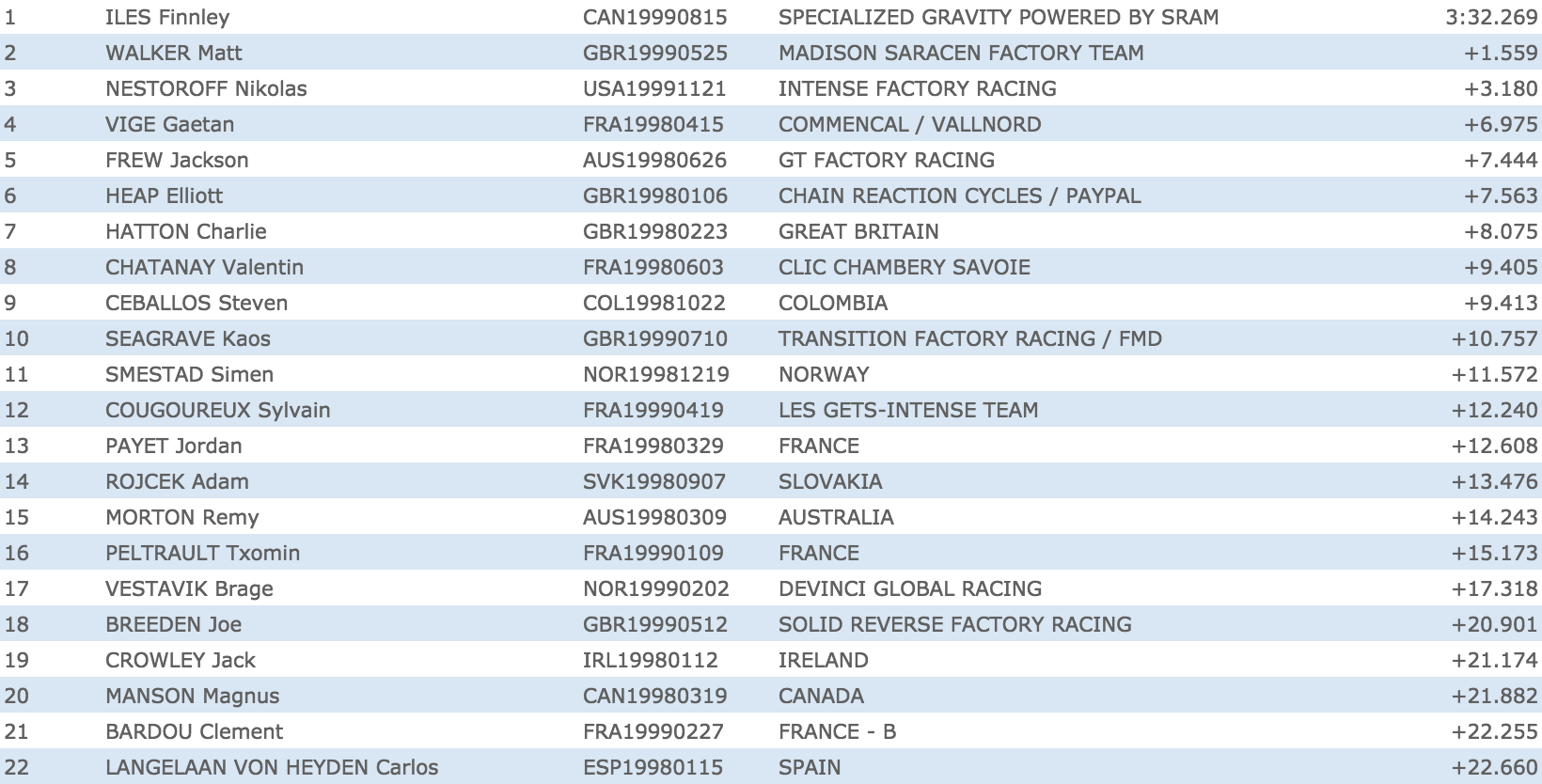