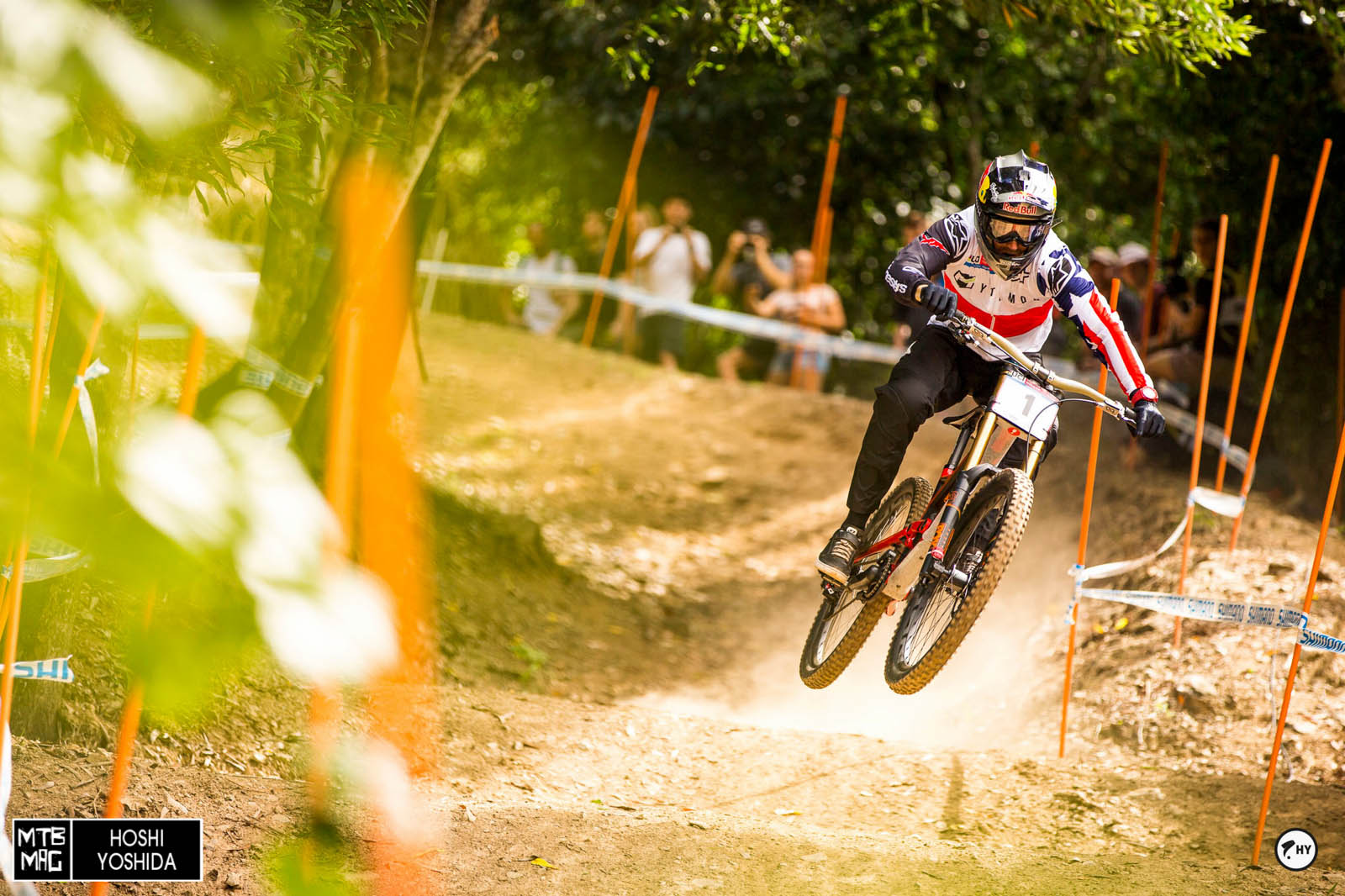 [ad3] Yet another Specialized Demo finds itself winning qualifiers today…This time it was under Troy Brosnan on home soil in Australia.  It should be no surprise that Mick Hannah came in at second place as well; nice to see him clocking in a solid run.  Would be nice to see him on the podium as it’s been some time.  In the women’s, the ranks look about the same for most of the season with Rachel on top followed by Manon and Tracey.  Kiwi Matt Walker took the top spot in men’s juniors followed by 5 Australians.  They had a strong presence today. 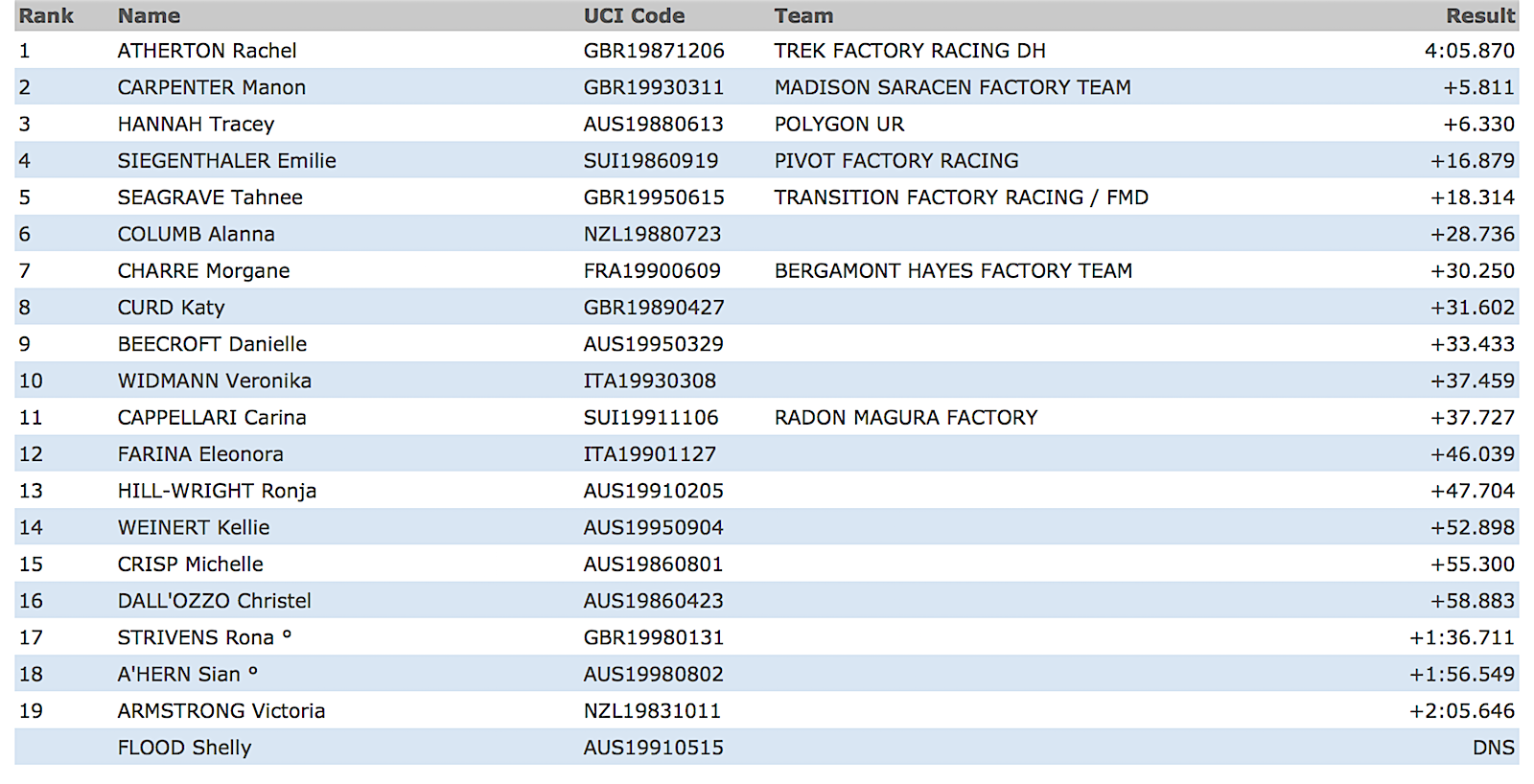 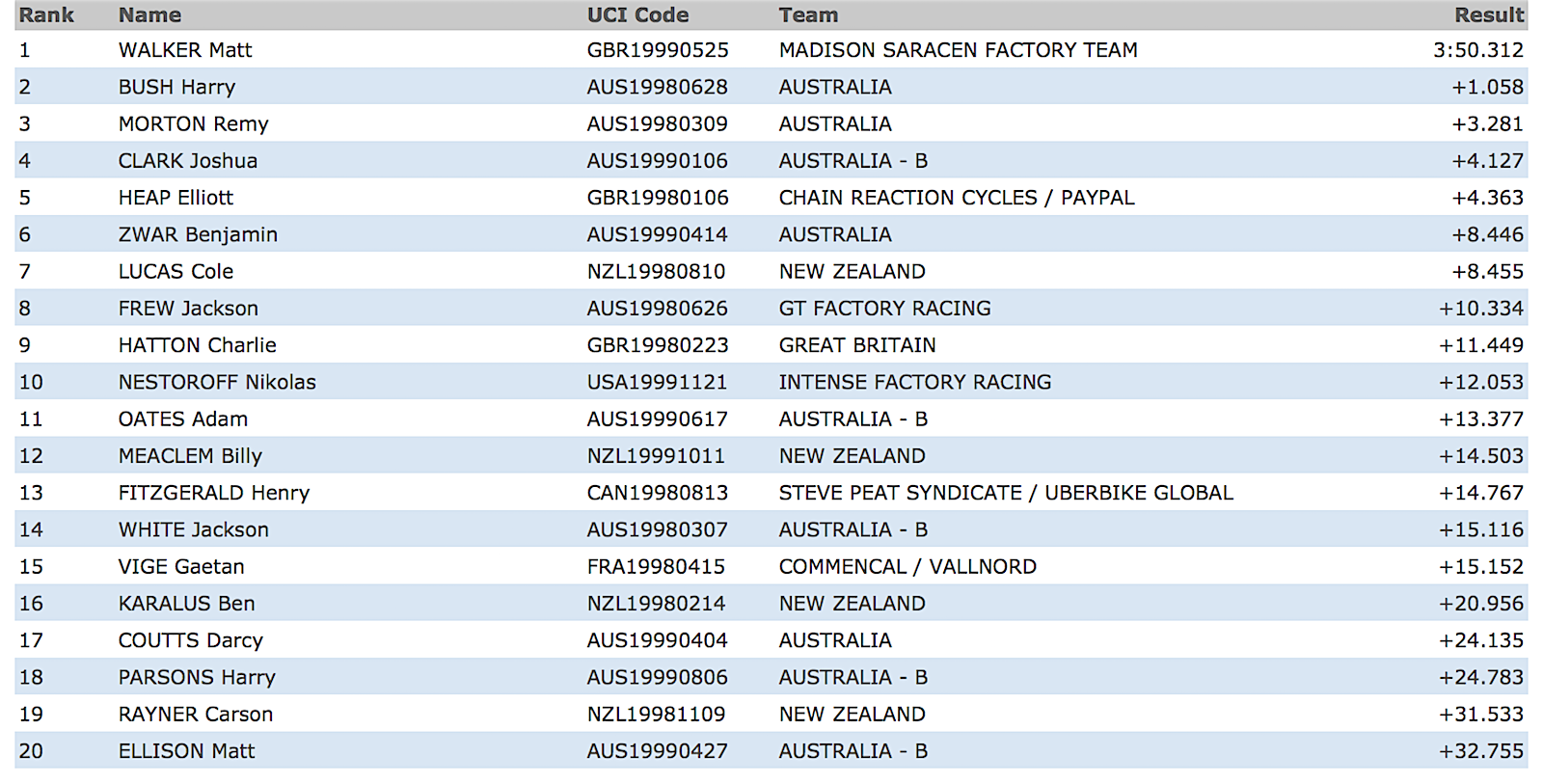 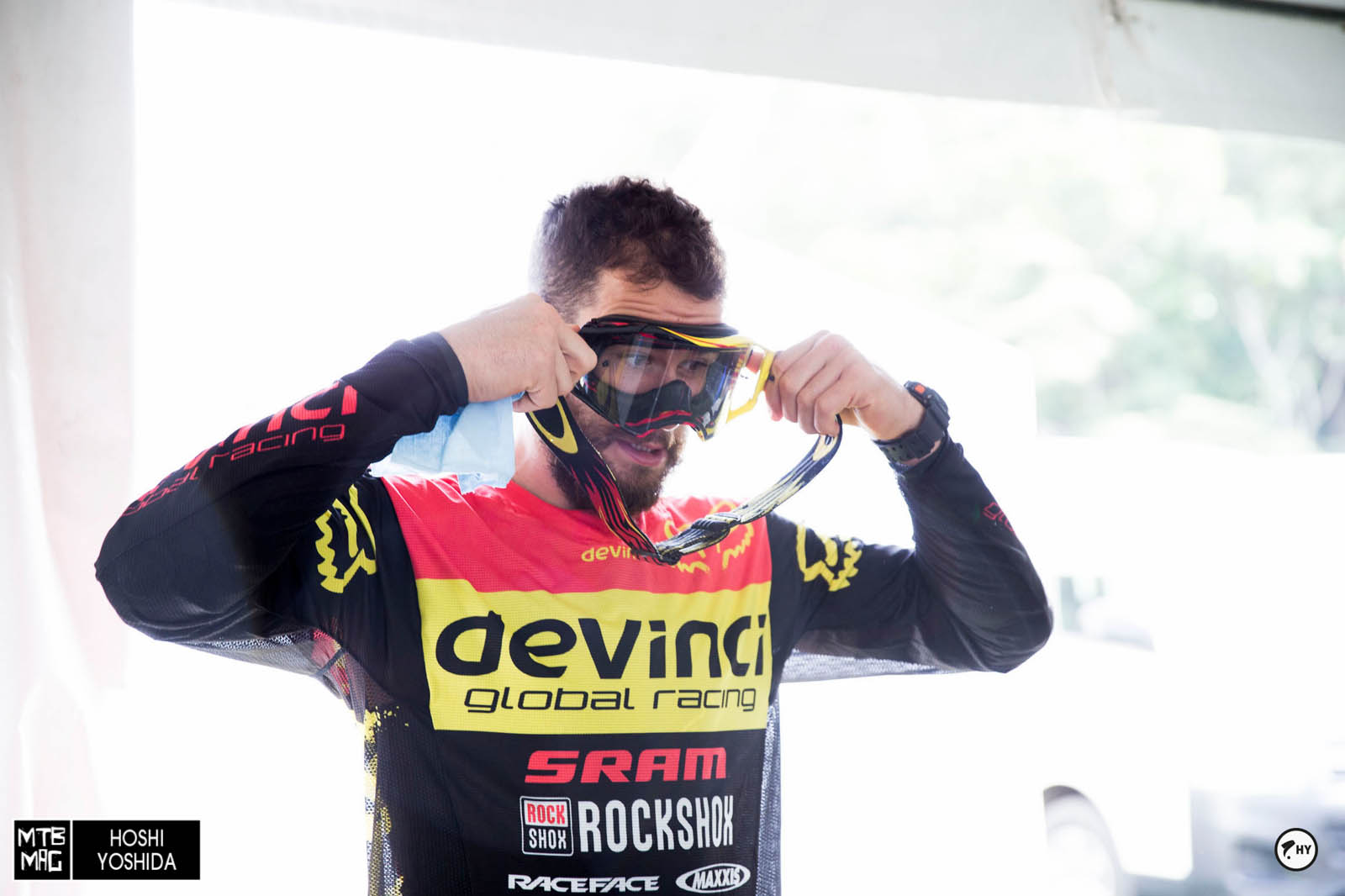 Stevie gives the goggles a quick once over. Despite the dirt looking good to us, tire mods are always happening at World Cups.  Spikes getting a quick trim for a faster rolling speed. 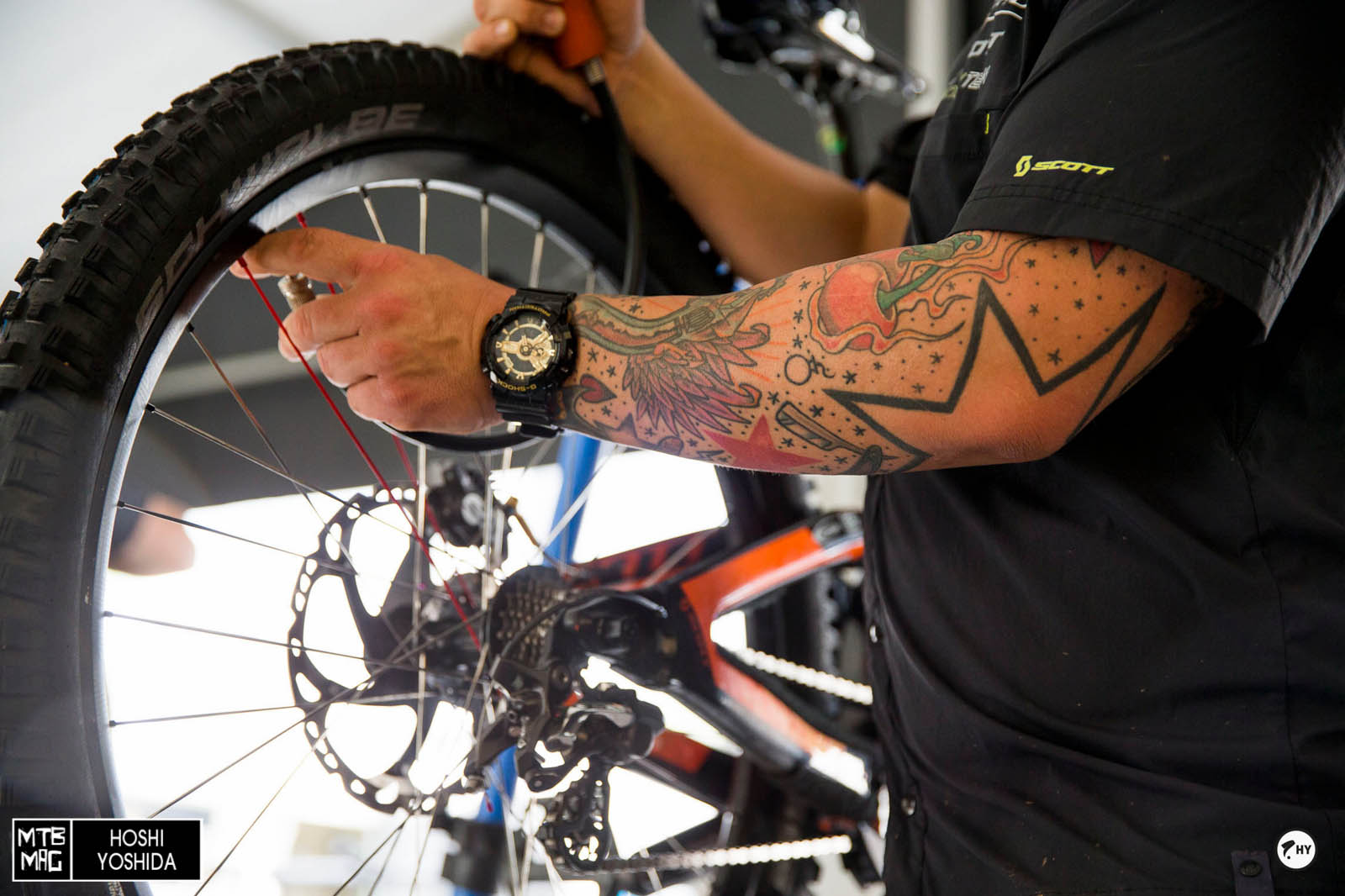 Big Ben checking the pressure for Brendog. No welds on that rear end….hmmmm? 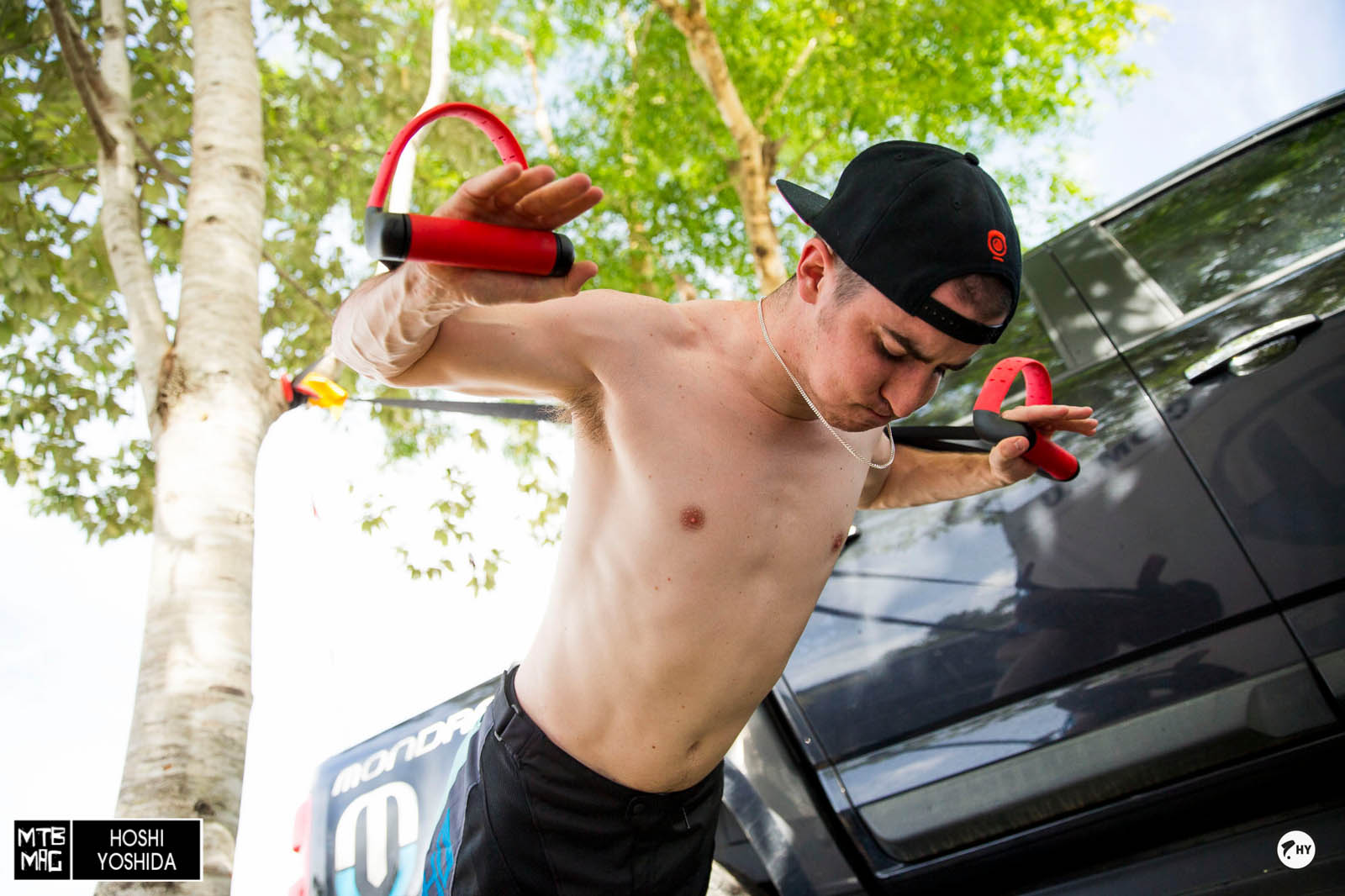 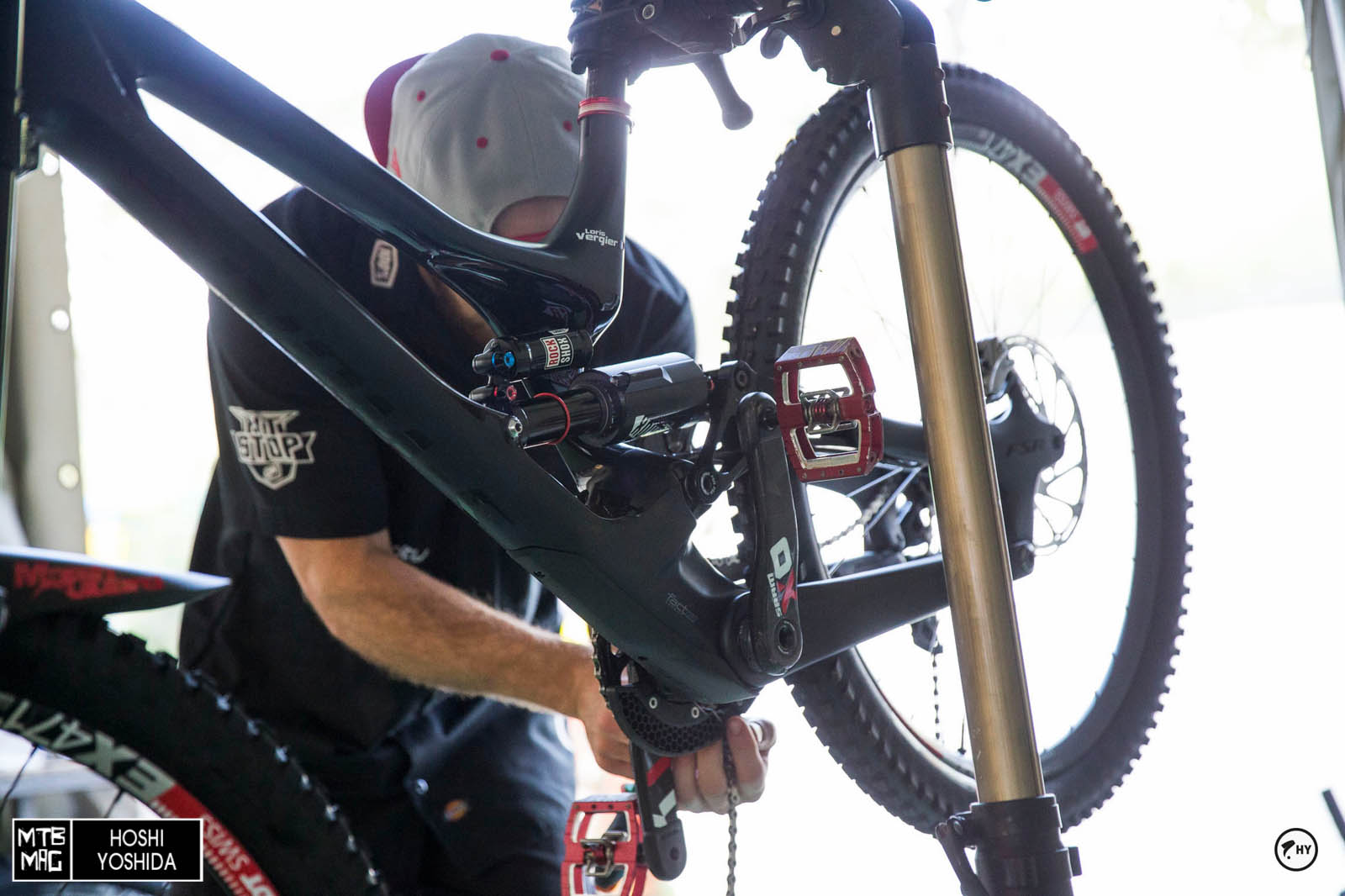 Idler for mock up for Blenki’s Norco Gwin’s bike getting a once over. Will it still have the number 1 plate come tomorrow? Sam Hill getting his lean on in home turf 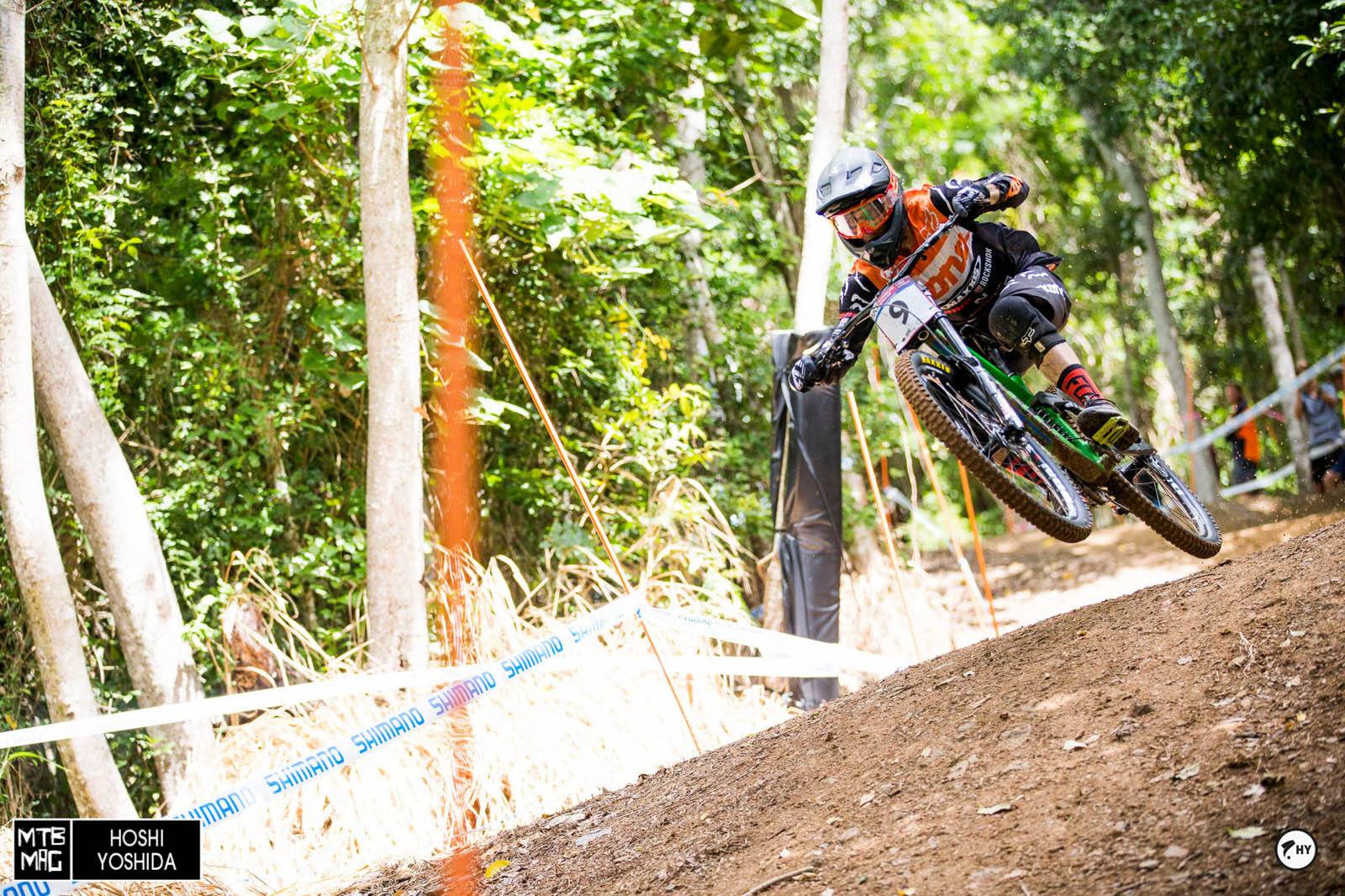 Connor Fearon keeping it low. Top 10 result but we know he can push harder. Mick had a sick qualifying run. 2nd place. He deserves a shoulder rub. Bulldog – eye of the tiger. Still not quite up to the speed he left off with last year. Finn Iles is pinned, but so far hasn’t shown signs of backing up his Lourdes result. Tracey didn’t quite back up her qualie run. Gwin is always a threat and could likely be keeping his cards close to his chest. He rarely goes all out in Qualies. Gee Man…deep in the red dirt. Loic wasn’t quite his usual self. Usually the king of qualifiers, he sat back in 4th. Tomorrow could show a different result. Mick is hungry for a podium. Let’s bring on tomorrow!