After the UCI DH World Championships of Mont-Sainte-Anne last week, the best downhillers in the world are back to challenge each other in the World Cup circuit at the final event of the season in Snowshoe, West Virginia that for the first time in history hosts an event of this magnitude in the world of MTB. As can be seen from the course preview, Snowshoe offers two sections, the first and the final one, with numerous jumps and banks on a very hand built course, while the central part is ragged and natural.

Today’s qualifying sees Danny Hart again in the lead, as in the qualifications of the Worlds of Mont-Sainte-Anne and the last round in Lenzerheide, with two and a half tenths of a second between him and the newly confirmed World Champion, Loïc Bruni. Third place in front of the home crowd for the American Charlie Harrison. Troy Brosnan continues with consistent results to collect important points for the overall, ending in fourth place while Greg Williamson landed in 5th. 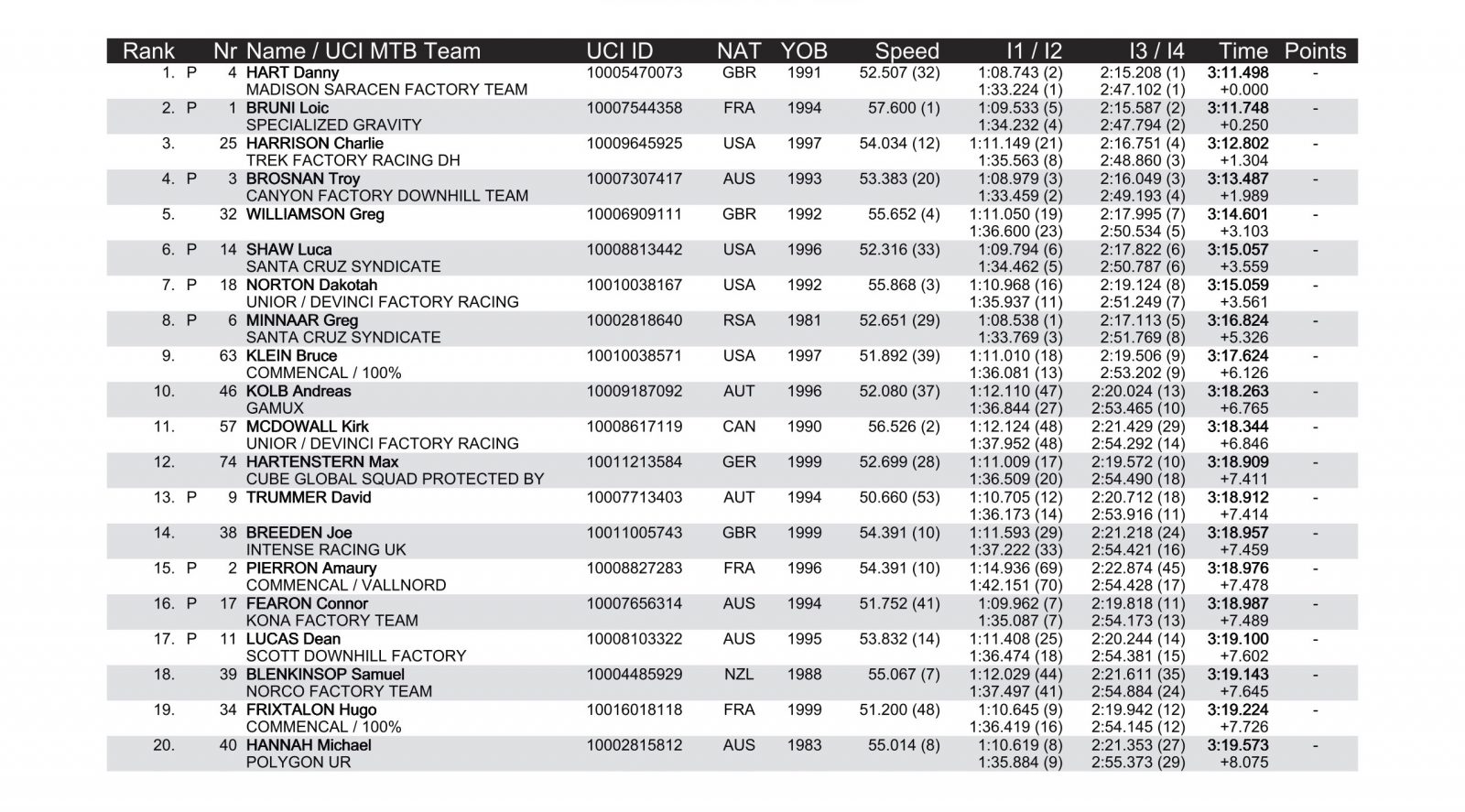 After missing out on gold in MSA, Tracey Hannah returned to first place in Snowshoe qualifying, besting her direct rival in the overall title race, Marine Cabirou, by more than two and a half seconds. Third position, almost 10 seconds back, went to the new World Champion, Myriam Nicole. Right behind we find Veronika Widmann in a promising fourth position, followed by Sian A’Hern in fifth place.

In the Junior field, the qualifying heat sees the two new world champions in each category dominate on the US track, Kye A’Hern and Valentina Höll.

Tomorrow the final round will be played with the live stream on Red Bull TV.