One week after the spectacular Val di Sole event, the UCI DH World Cup circuit moves to the Swiss town of Lenzerheide, for the 6th round of this 2019 season which has mainly been dominated by the top French riders. Danny Hart puts the unfortunate puncture of Val di Sole behind him, winning today’s qualifying round. Only 1 tenth of a second back for circuit leader Loic Buni, who placed second, ahead of Troy Brosnan and Greg Minnaar. Amaury Pierron with his fifth place nibbles a few points for the overall still to be played out between him, Bruni and Brosnan. An excellent 8th place for American Dakotah Norton, with Luca Shaw in 12th and Neko Mullaly in 14th. 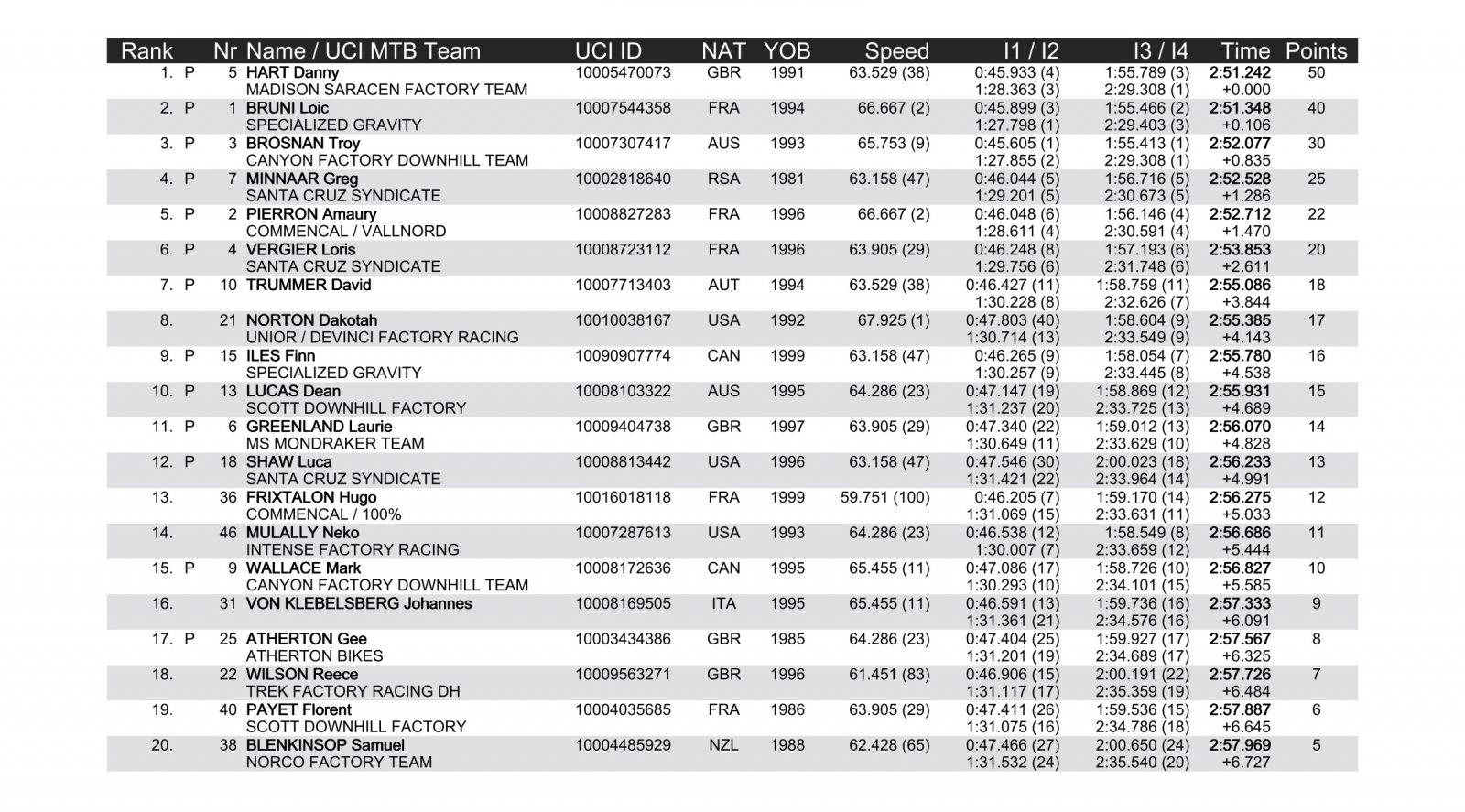 After the unlucky race in Val di Sole, Thibaut Daprela returned to the position that this season has shown to be the most familiar to him, first place in the Junior classification. In the women’s field, Valentina Höll won with over 8 seconds to spare on Anne Newkirk while the winner of Val di Sole, Mille Johnset, didn’t start in the qualifier.

Tomorrow the finals will be played on the live stream on Red Bull TV.