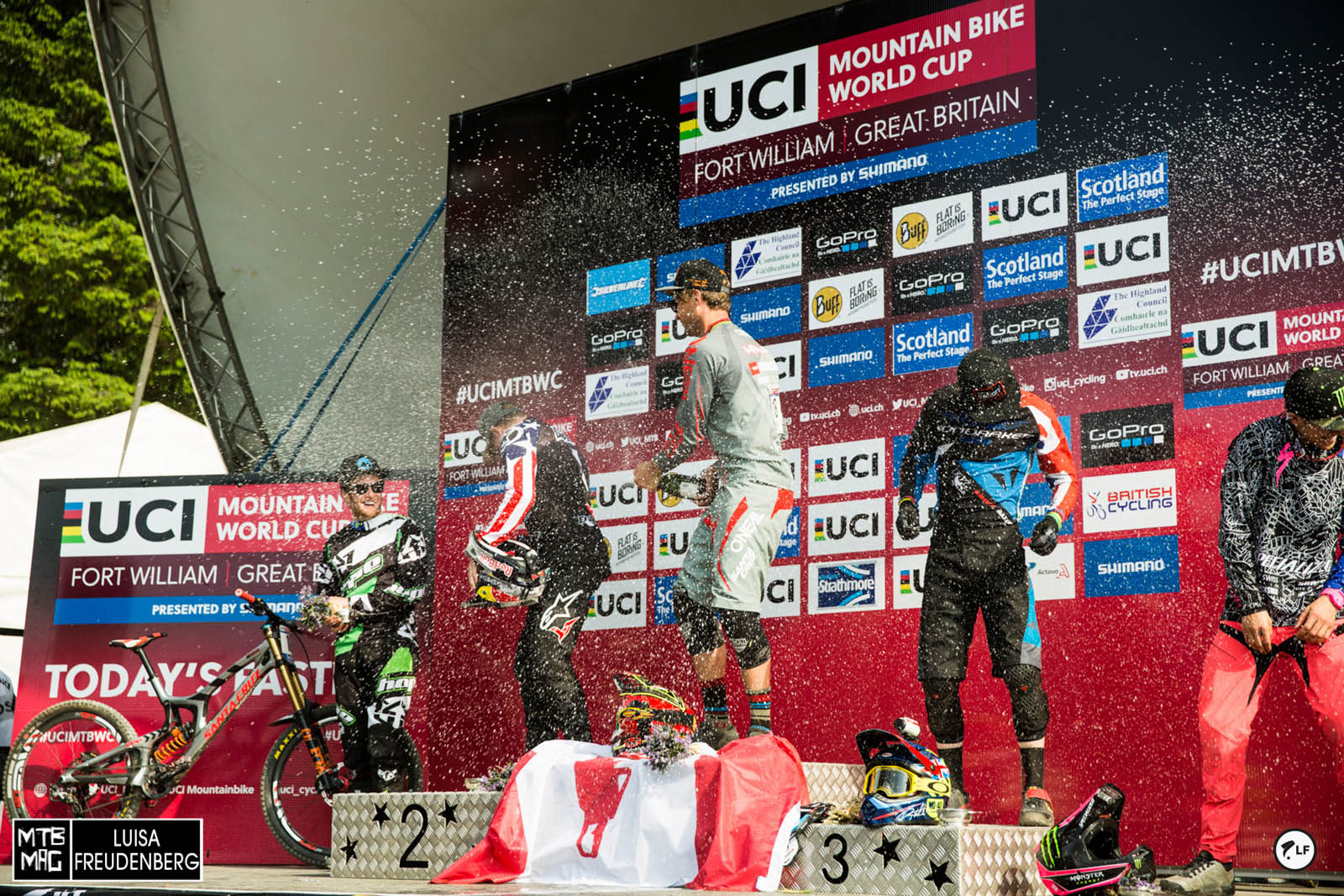 It was definitely one for the books…between being Steve Peat’s last race, and the first race since the mountain bike world lost legendary Canadian racer Steve Smith, emotions were running high to say the least. 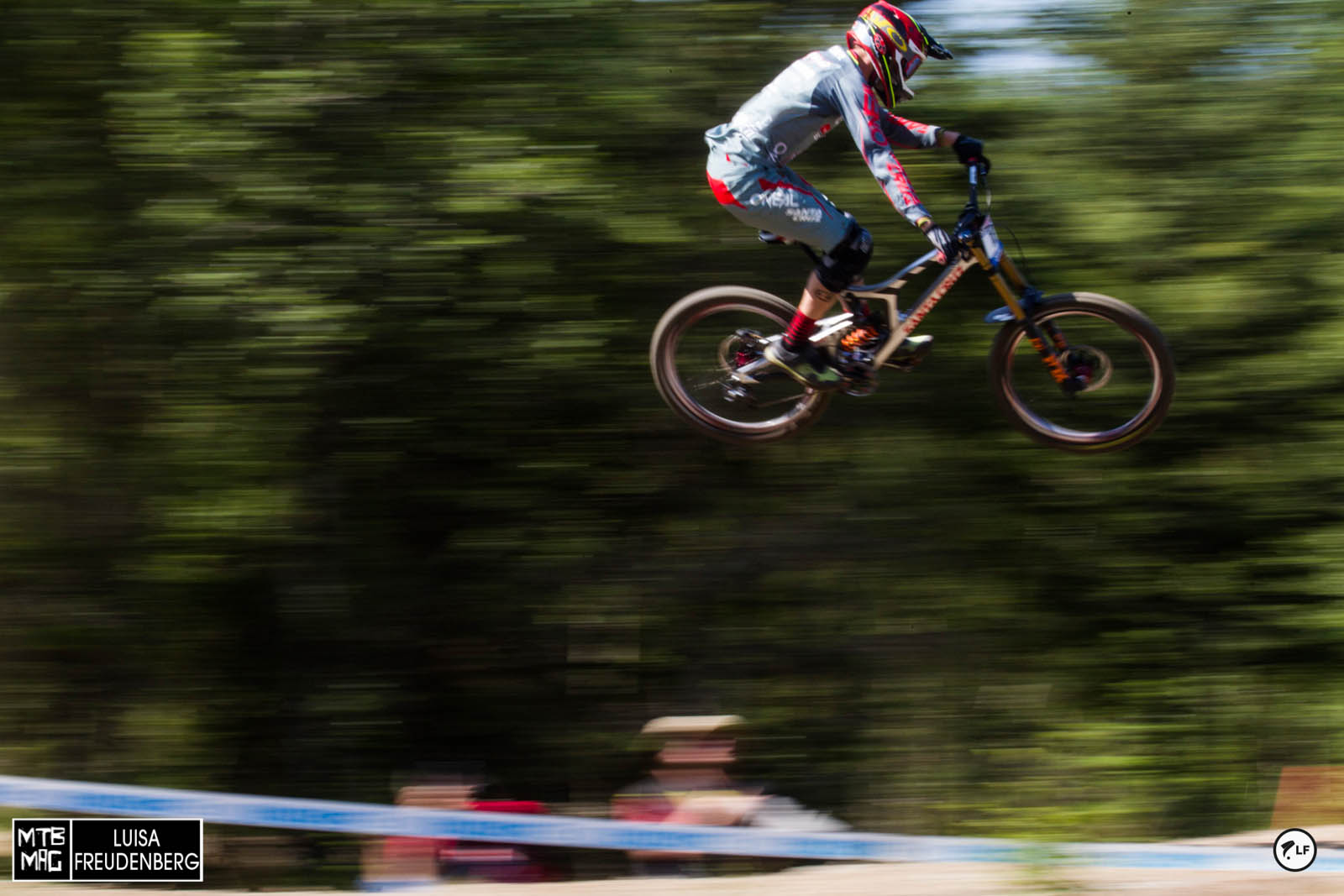 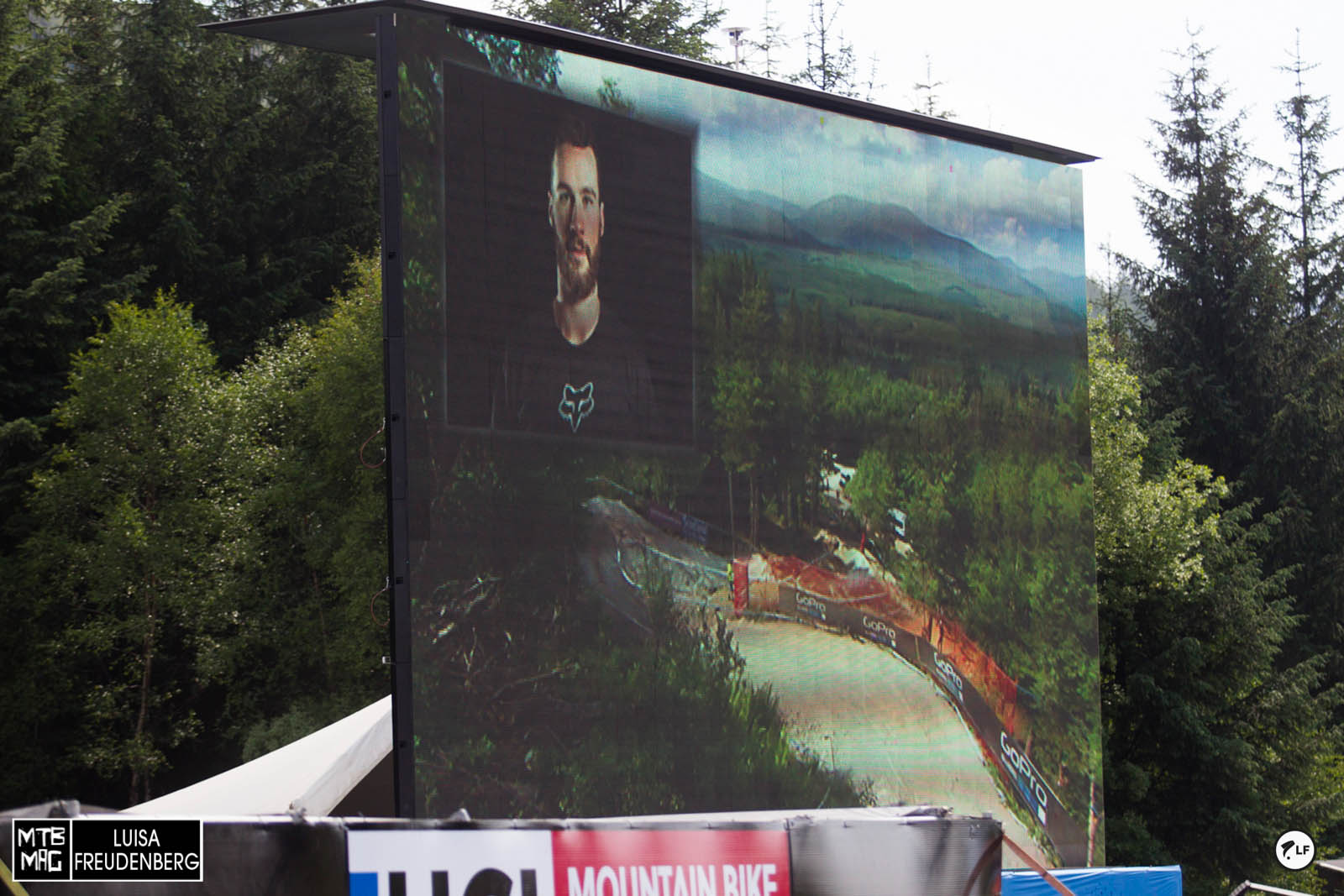 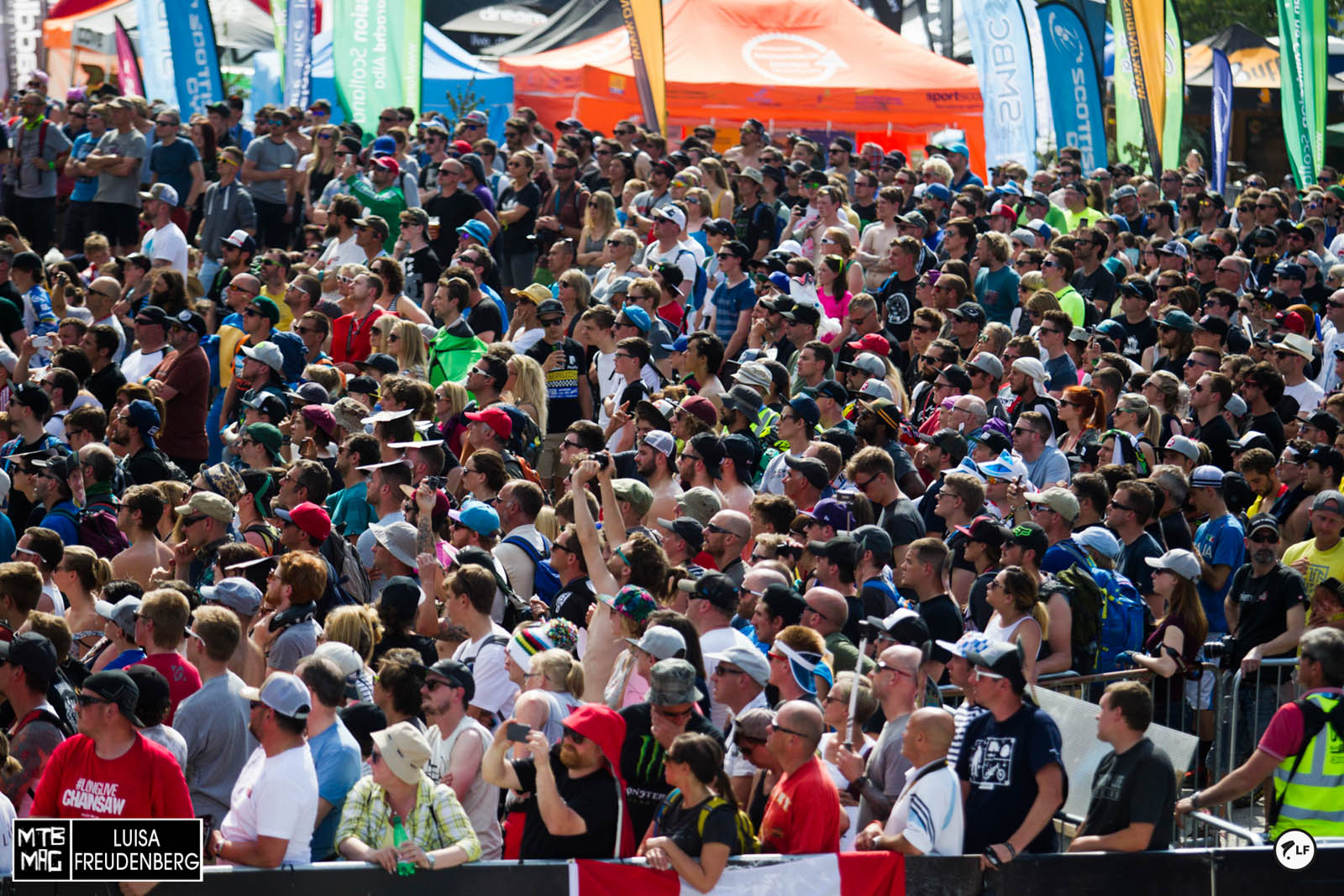 The crowd in silence remembering a champion. 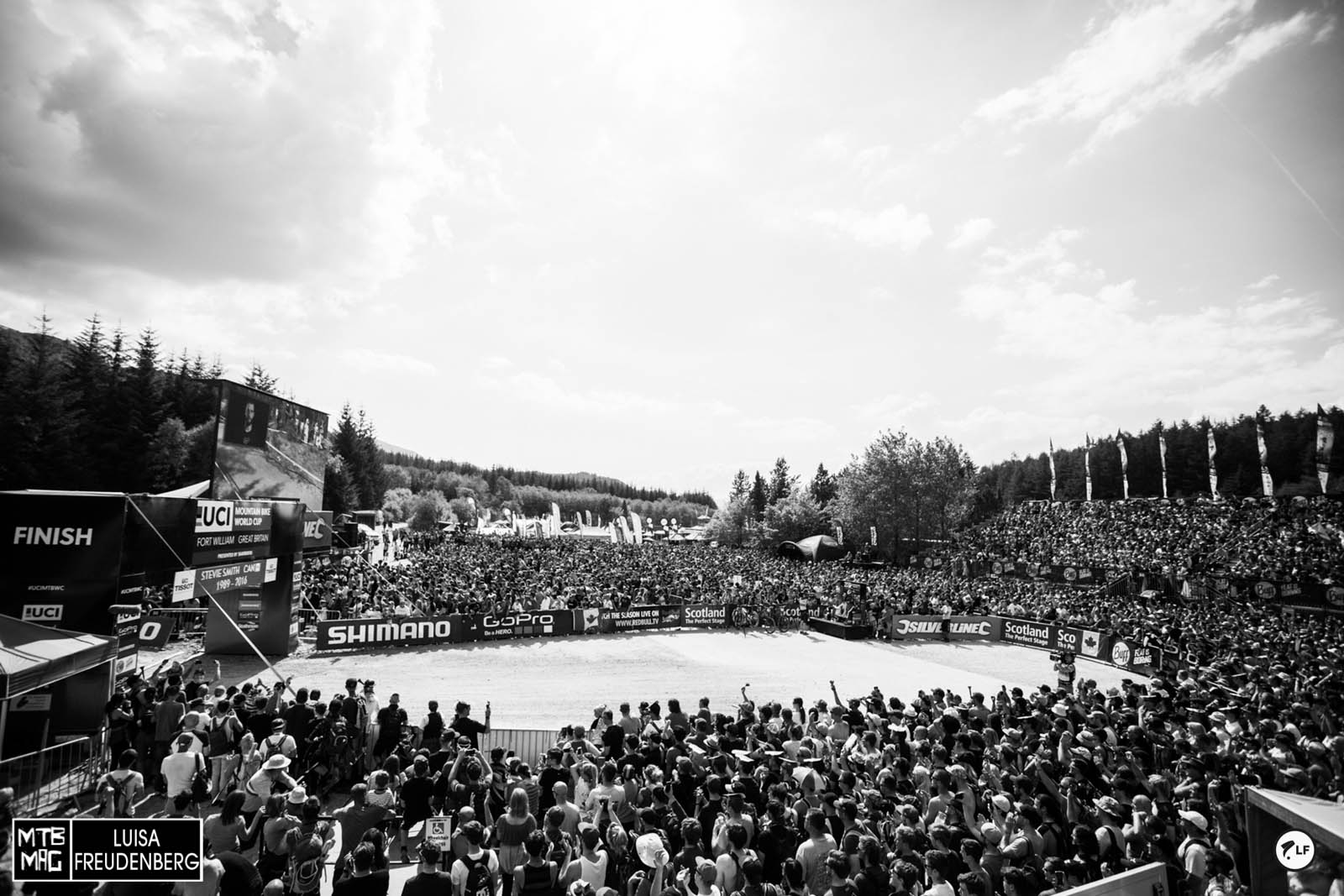 Things got exciting when Greg Minnaar beat Remi Thirion’s time by nearly 8 seconds and beat both Gee and Danny’s qualifying time.  Rider after rider just couldn’t touch the winningest racer of all time.  Adam Brayton threw down a stormer of a run that was just all heart… 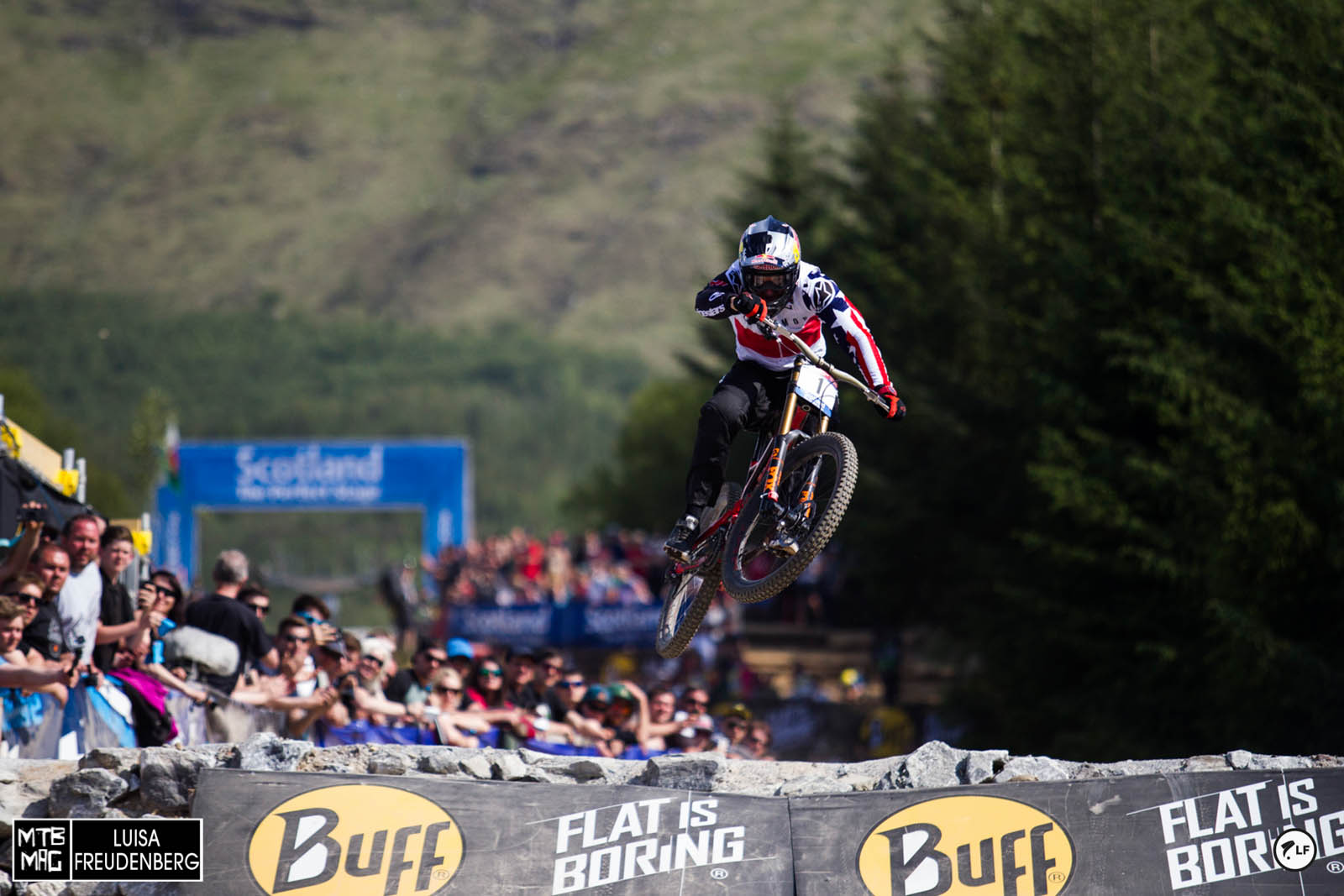 Aaron Gwin looked blisteringly fast but just couldn’t touch him.  Eddie Masters got too loose in a turn and blew off the track, throwing his run away after a huge qualifying result yesterday.  It was all down to Gee Atherton who wasted it in a turn as well.  It’s tragic to see that happen to an athlete on home turf, but incredible to see Greg Minnaar celebrate his 19th win.  What an astounding athlete. Bad day at the office for Gee Atherton. 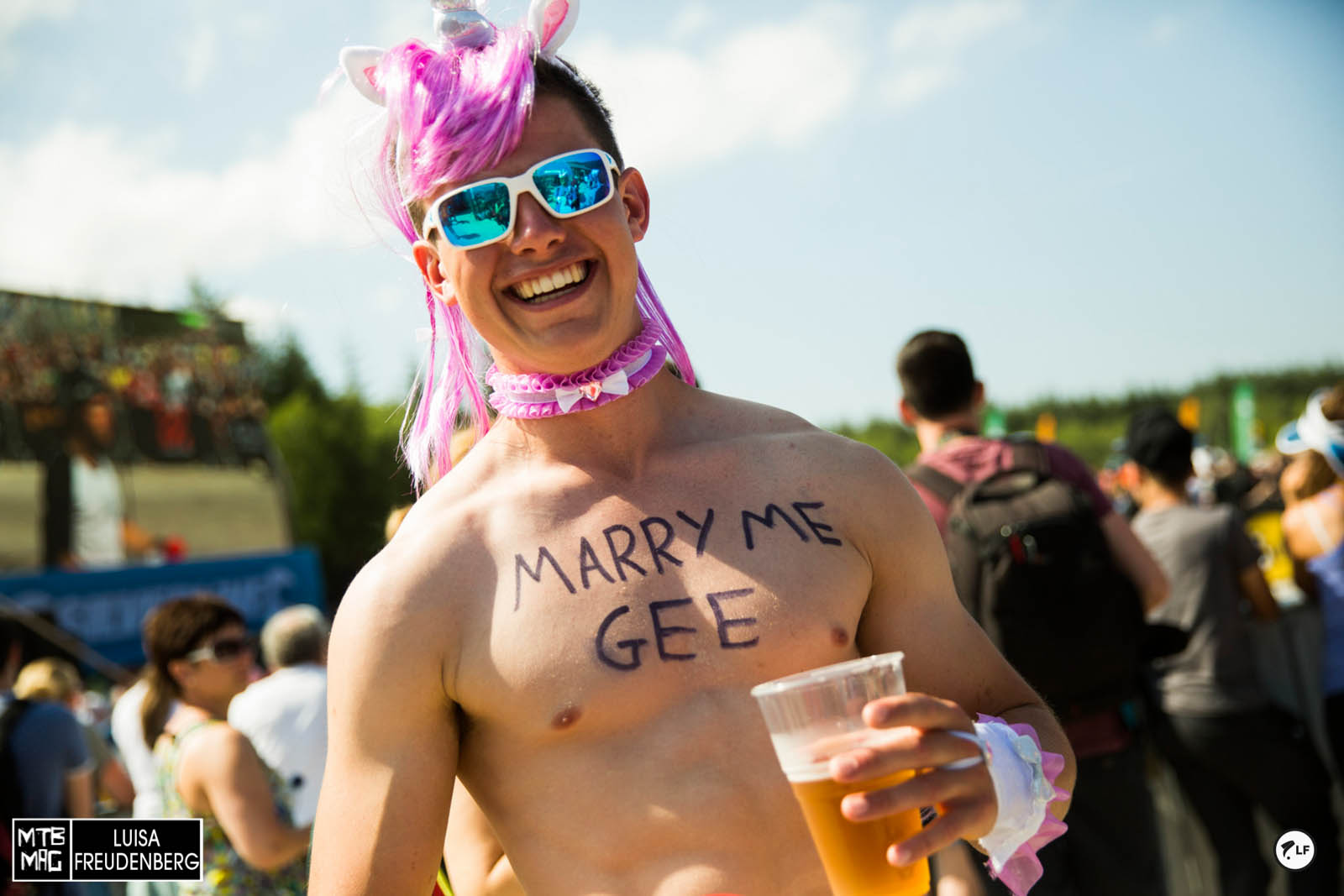 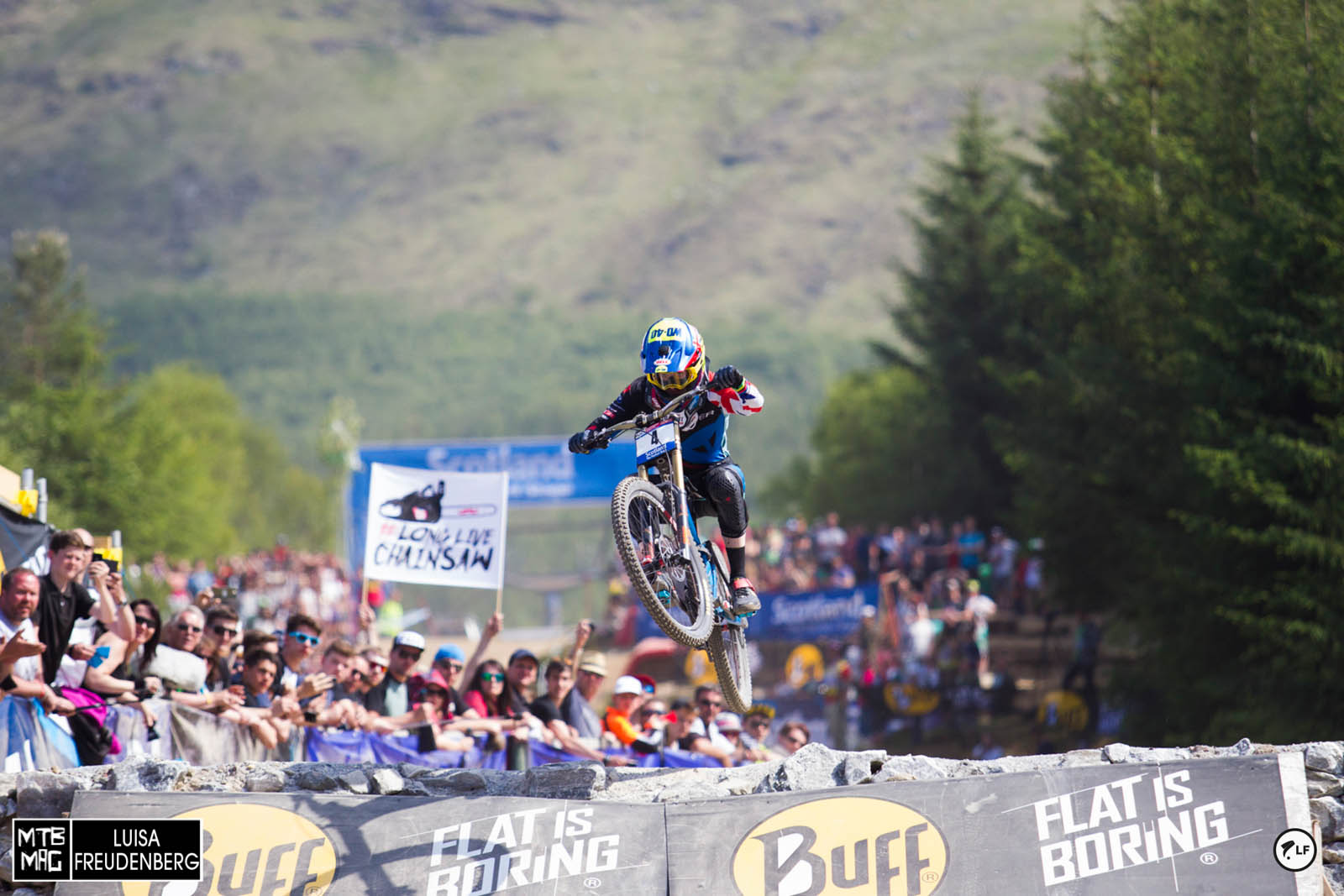 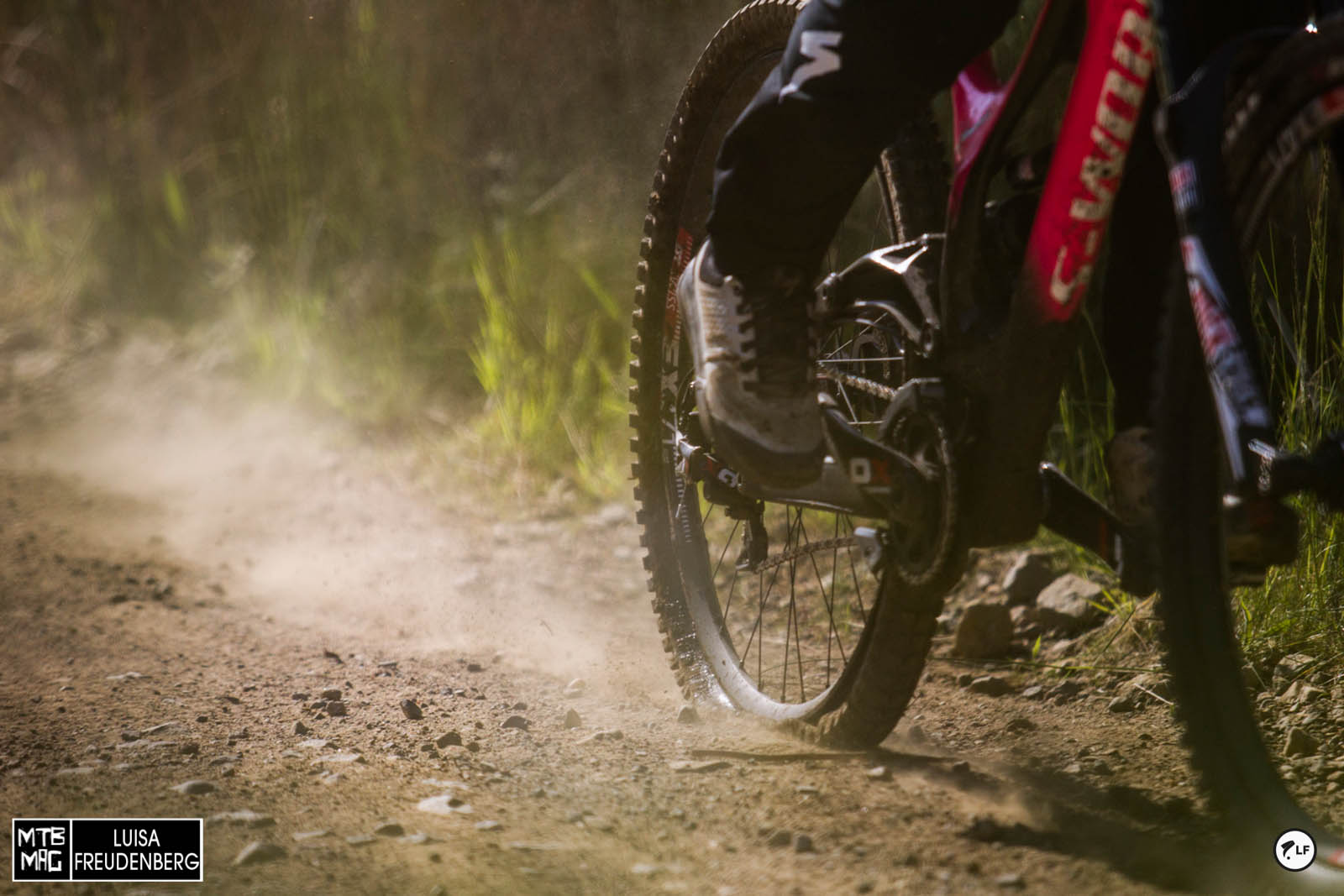 Lots of flat tires on the demanding track 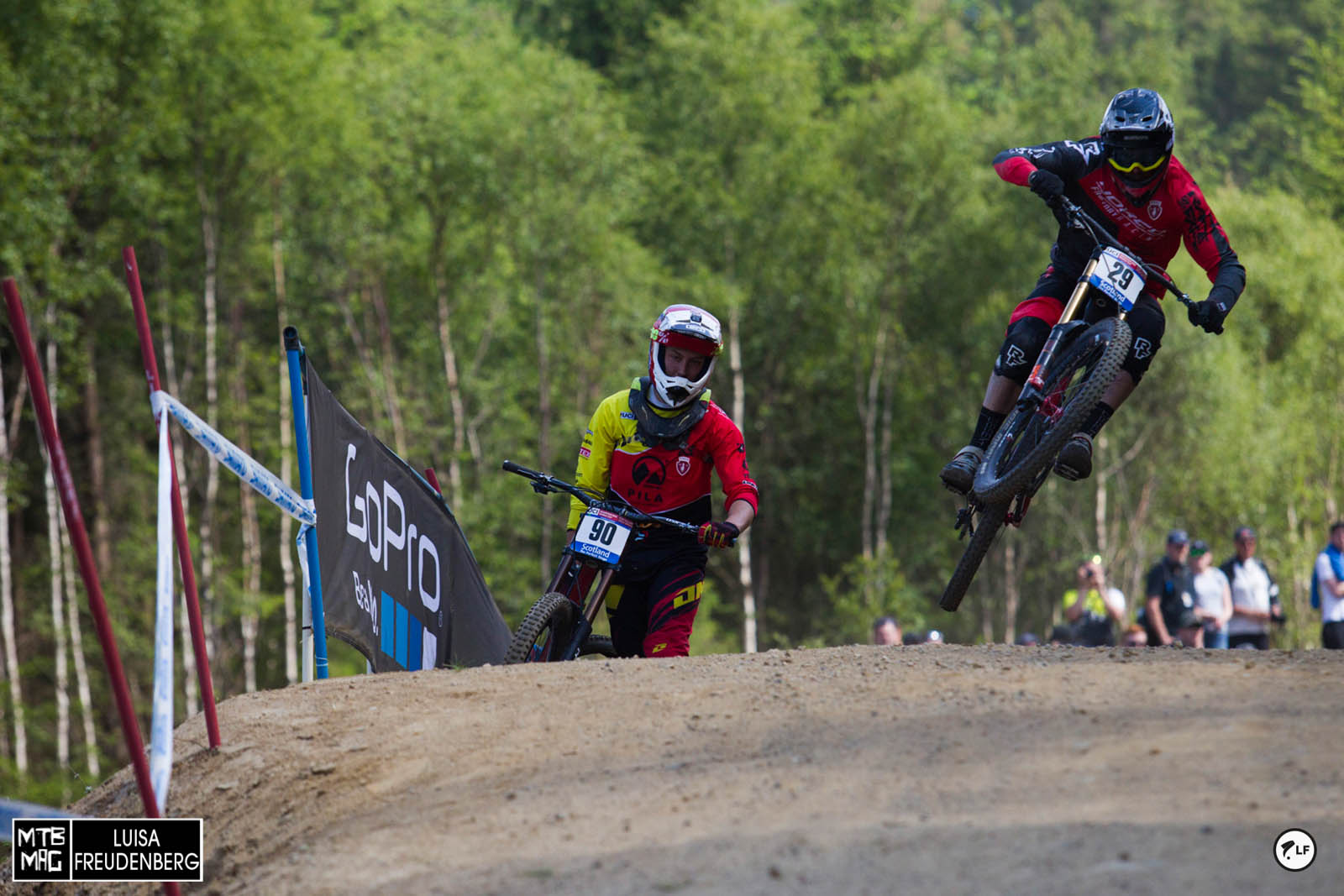 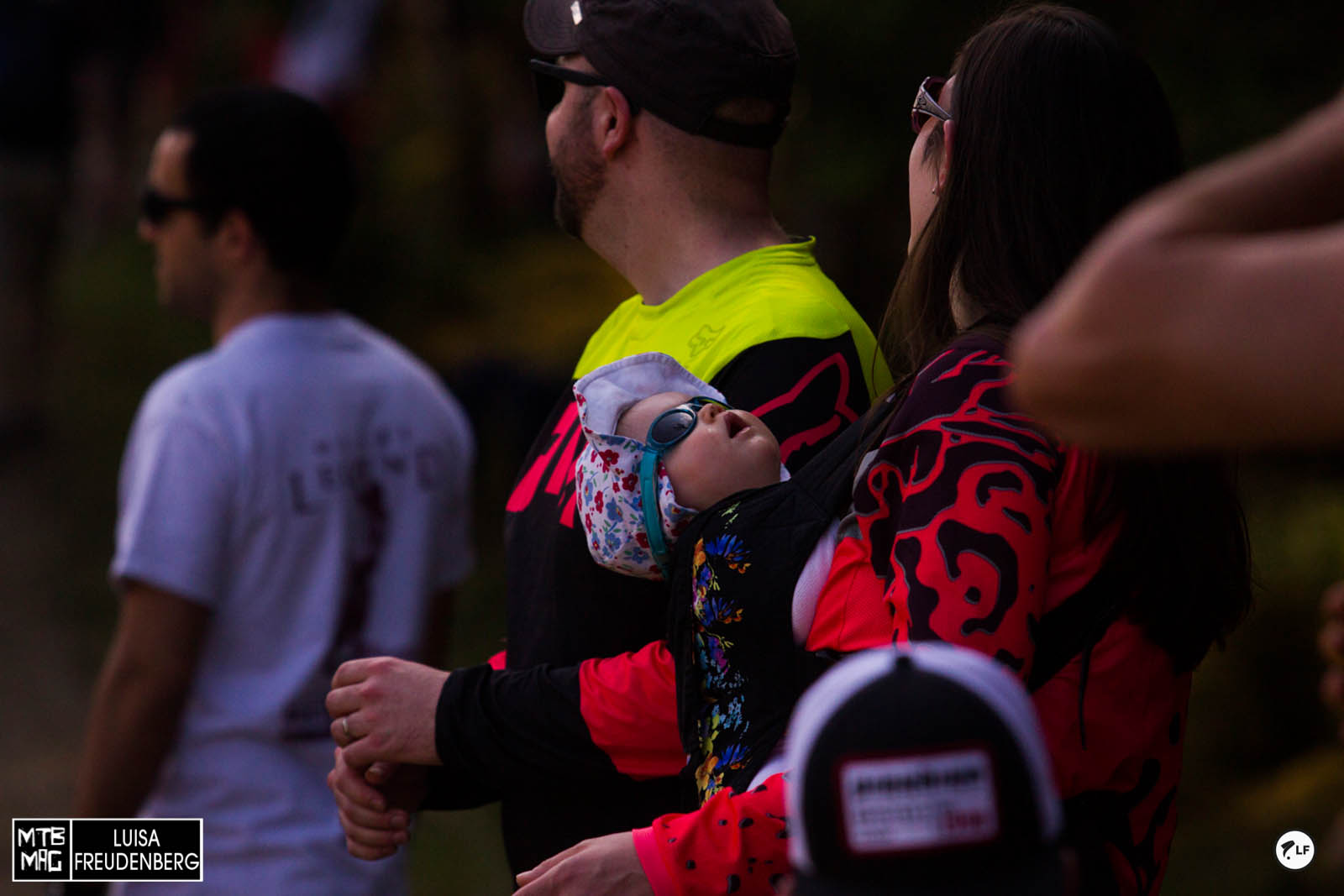 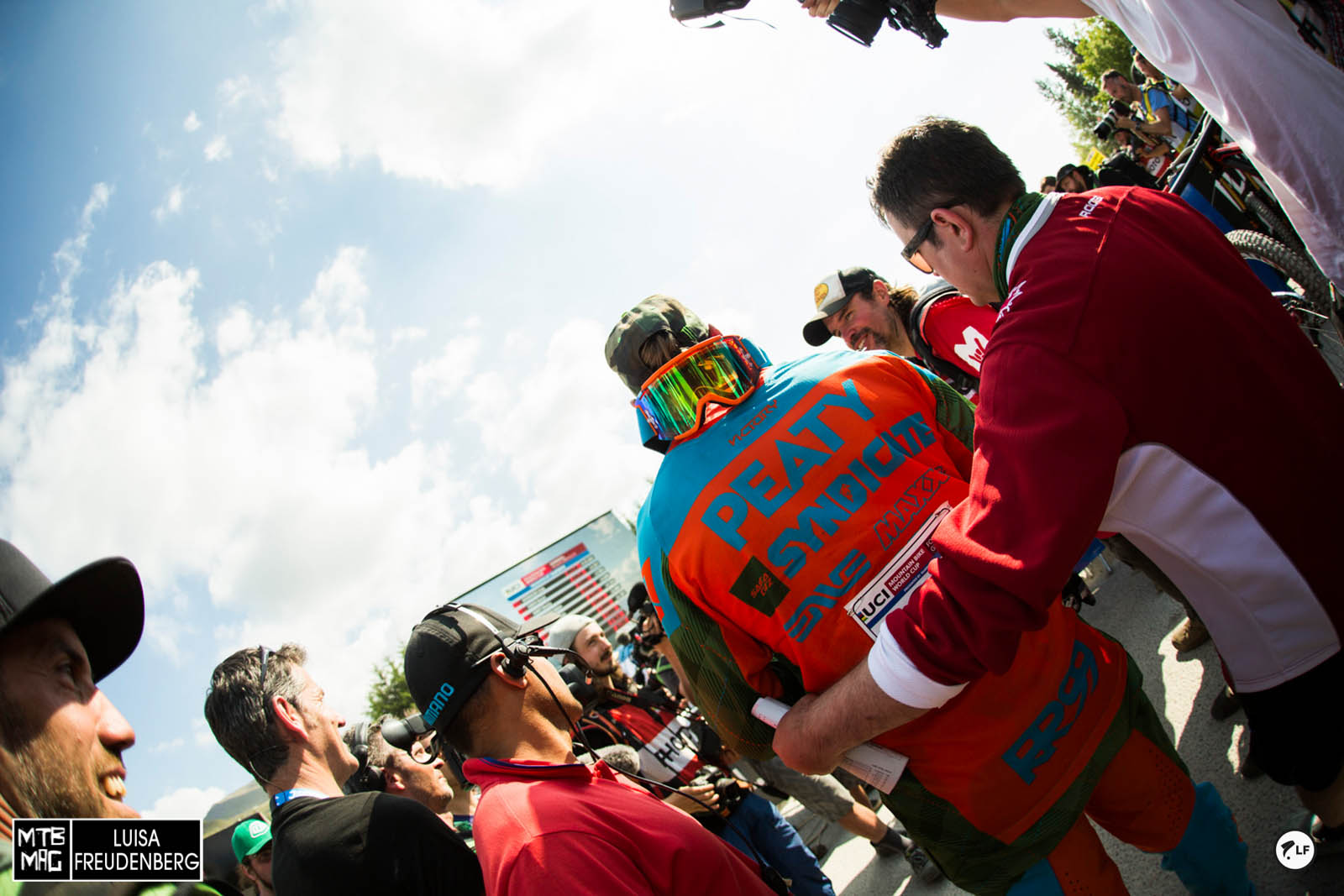 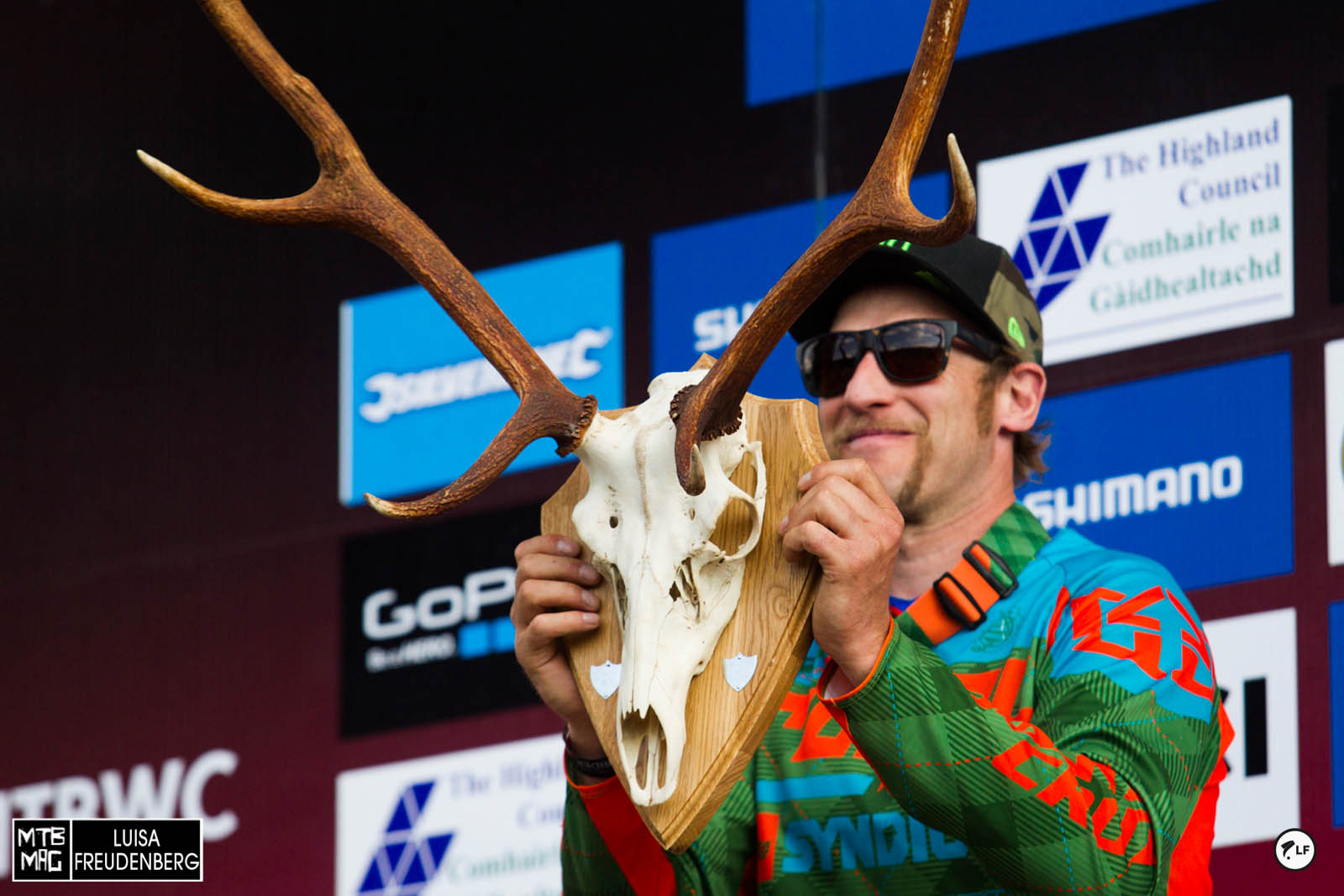 Career trophy for him, Scottish style

HUGE spreads in the Women’s field.  Rachel Atherton is just unbeatable.  After a crash yesterday in Qualifying, she managed to pull it together and win by a massive 12 seconds with Tracey Hannah 8 seconds back and Manon Carpenter another 8 seconds back again after a fairly inconsequential crash. 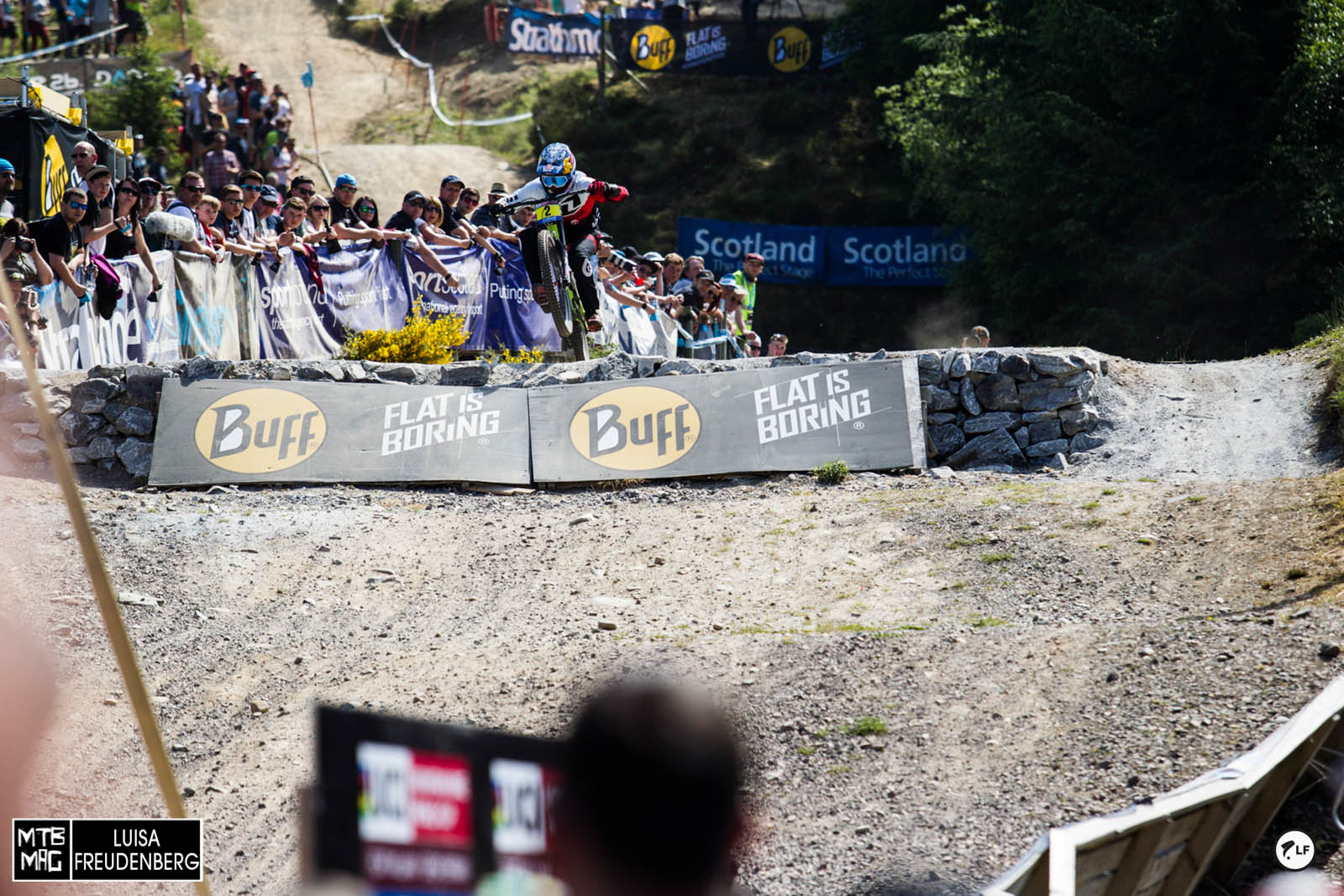 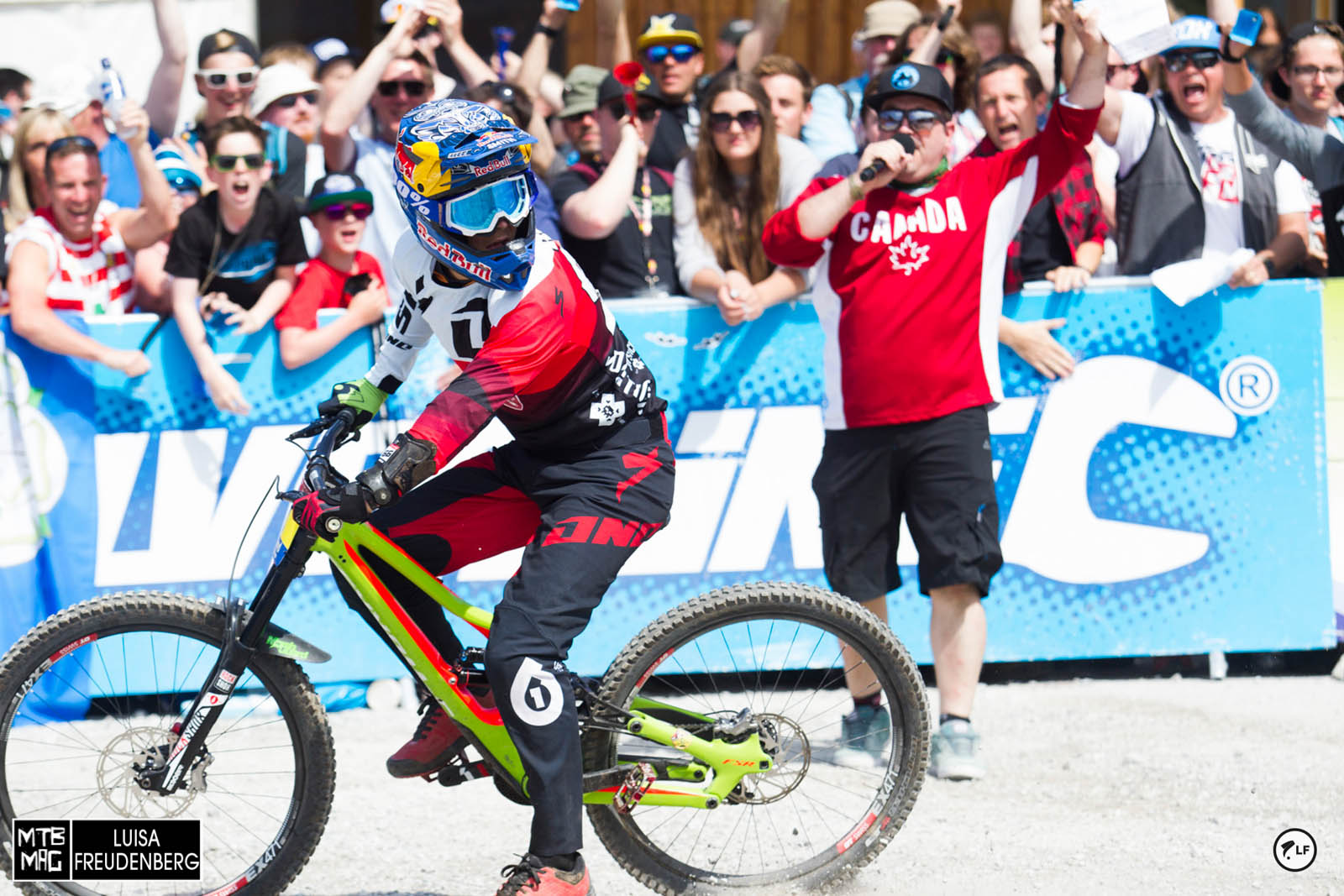