The DH World Cup returns to the historic Fort William track for round 2 of the UCI DH World Cup 2018 , one of the most anticipated tracks of the year which proves to be a  very hard fought race and brutal on the athletes. The dry terrain, unusual for the Scottish locale, has the riders on pins and needles because of the poor grip combined with very high speeds.

The Syndicate team, already leader in the team classification, put more precious points in despite the heavy absence of Greg Minnaar, who injured his arm. The points come from the first place finish of Luca Shaw, scoring his best career result, and Loris Vergier who finished in third position, just over a second behind his teammate.

Danny Hart, the fastest rider in timed training yesterday, closed in second place just 88 thousandths of a second behind Shaw. Fourth position for Troy Brosnan while local Greg Williamson is in fifth place. 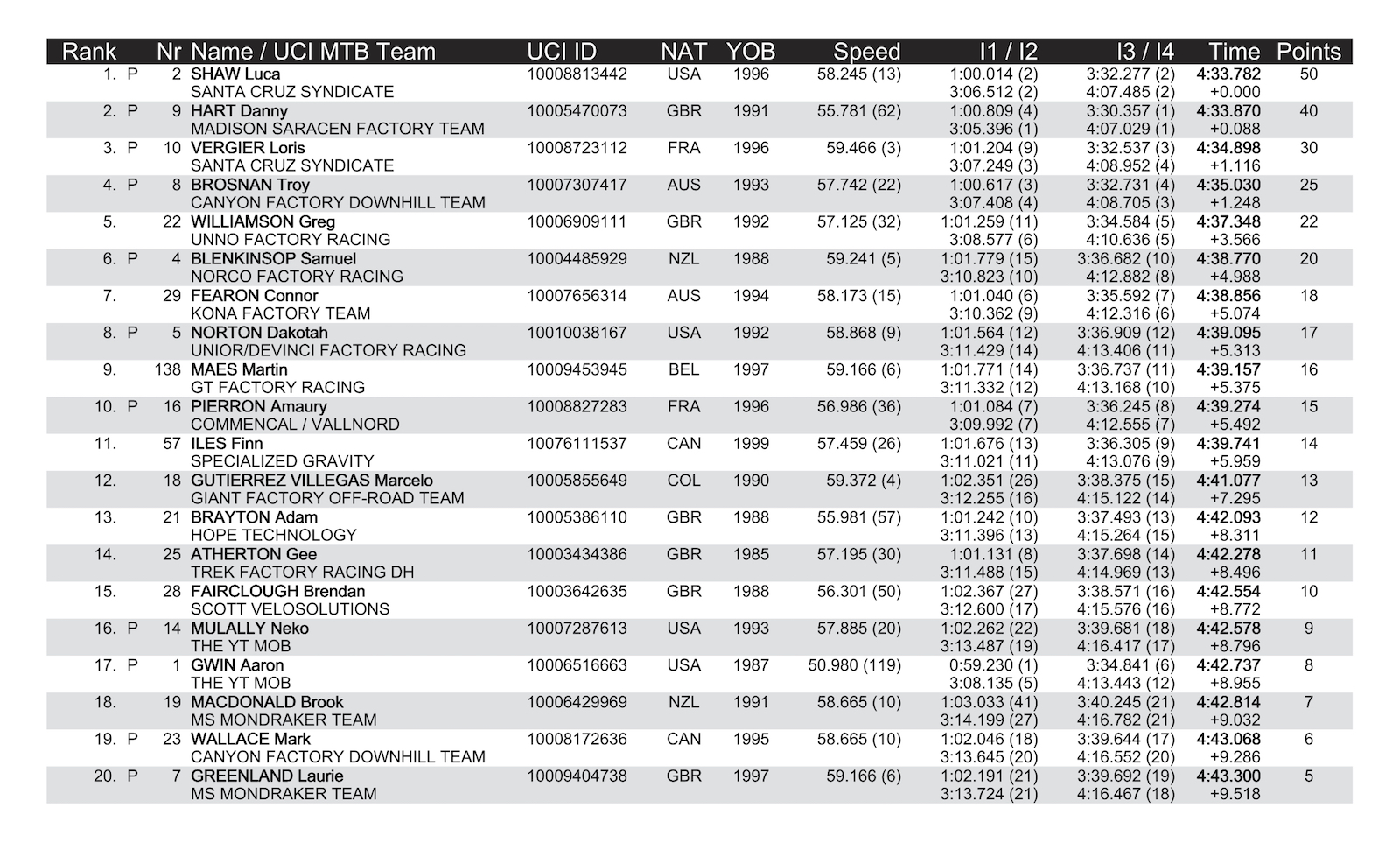 Rachel Atherton put in the best time in women’s field and picks up 50 points in the qualifying round. After 3 splits in second position, in the final part of the track she jumped into the lead, closing it down with a time of 5: 07.825. Second position for Myriam Nicole, just under 2 seconds behind Atherton’s time. Tahnée Seagrave finished in third place with a clear gap of more than 9 seconds. Fourth place for Tracey Hannah followed by fifth place for Enduro racer Cecile Ravanel. 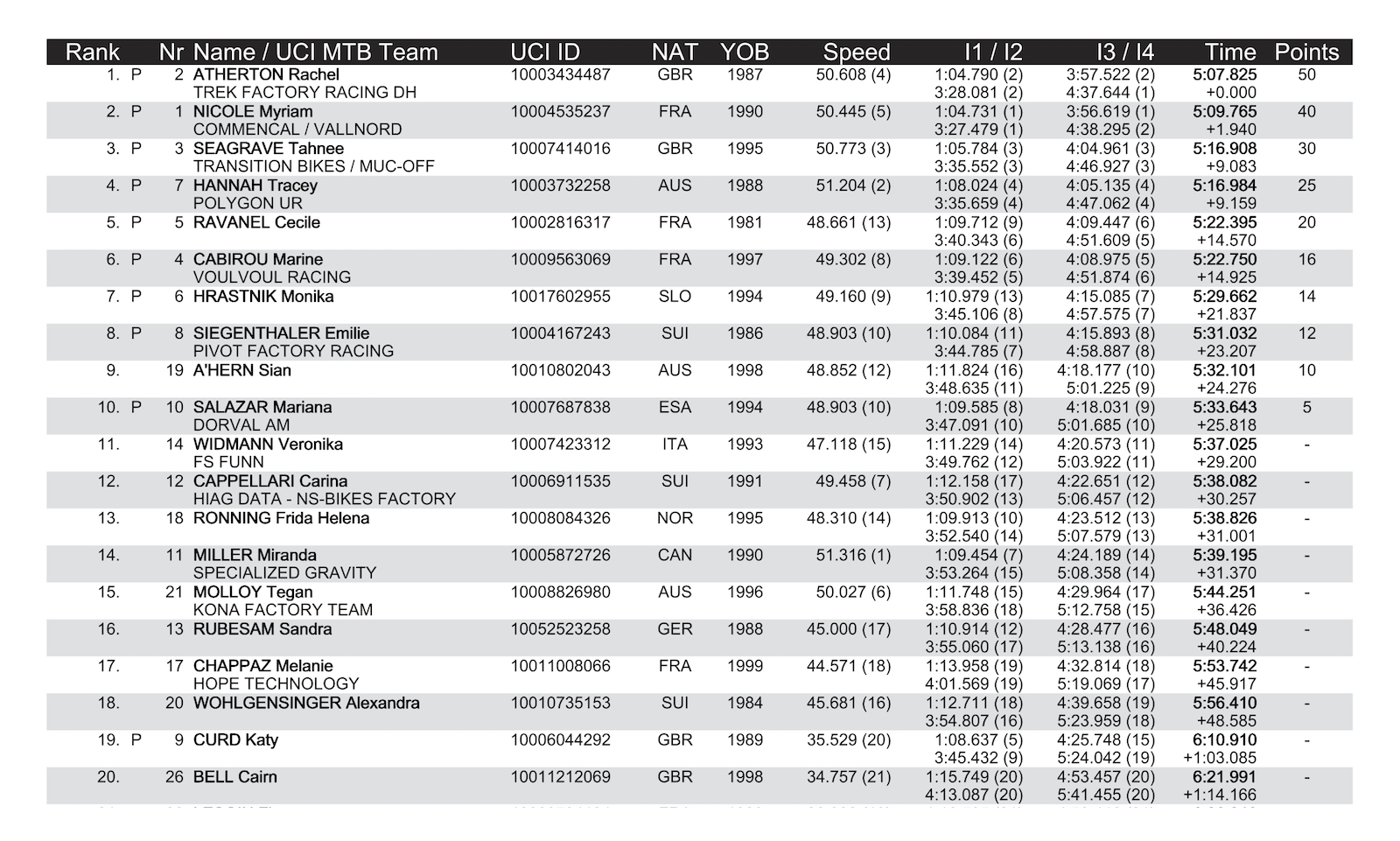 Kye A’Hern, the young talent on the Canyon Factory Racing team, finished in first place in the Men’s Junior category, pulling about half a second from Kade Edwards. Third place for Henry Kerr. 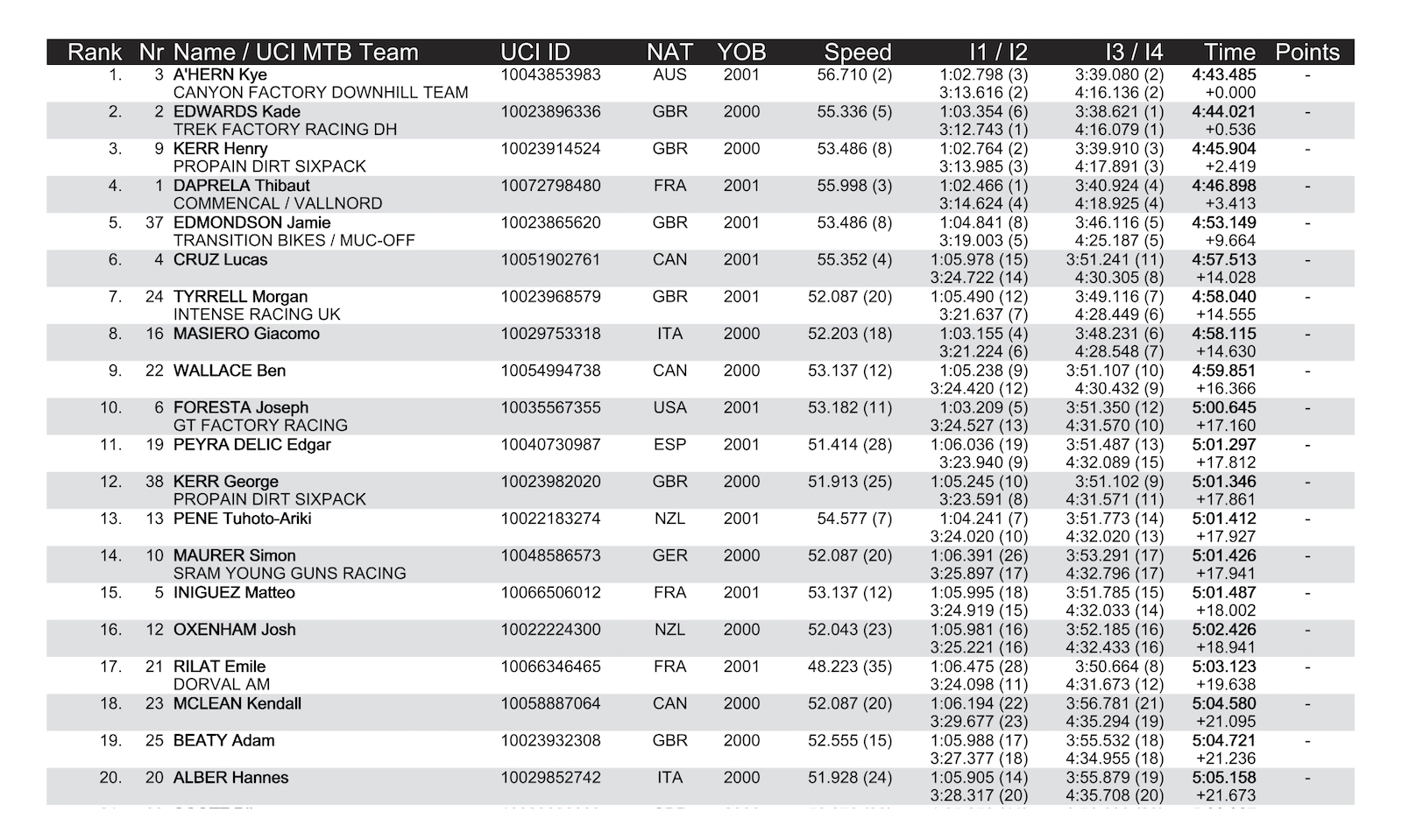