After a suitably dramatic first day of racing in Les Orres, it’s Adrien Dailly (Team Lapierre) and Isabeau Courdurier (Intense Mavic Collective) who lead the charge – but with four more stages to come on Sunday, this race is far from over. 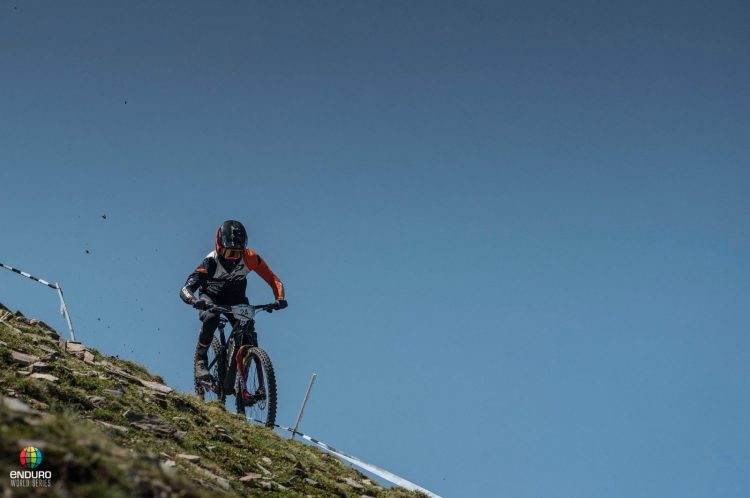 These are the top tens after the first day. Eddie Masters decided to race Enduro instead of Downhill in Andorra, and as he’s sitting in second place, clearly that was a wise decision. 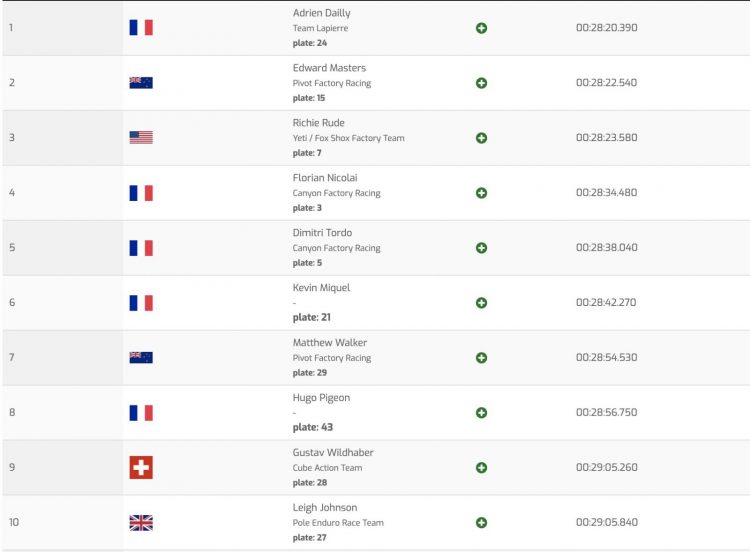 Among the women Courdurier has a fairly solid lead… 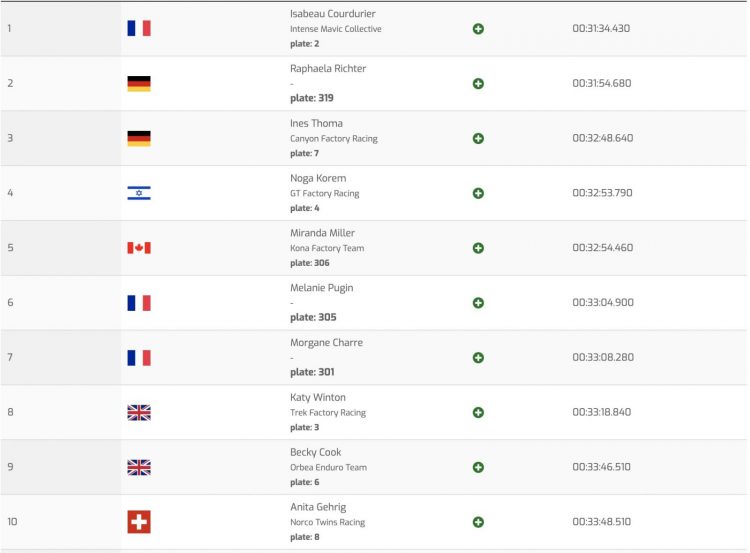 If you want to get more details on what happened during the first day of competition, click here . 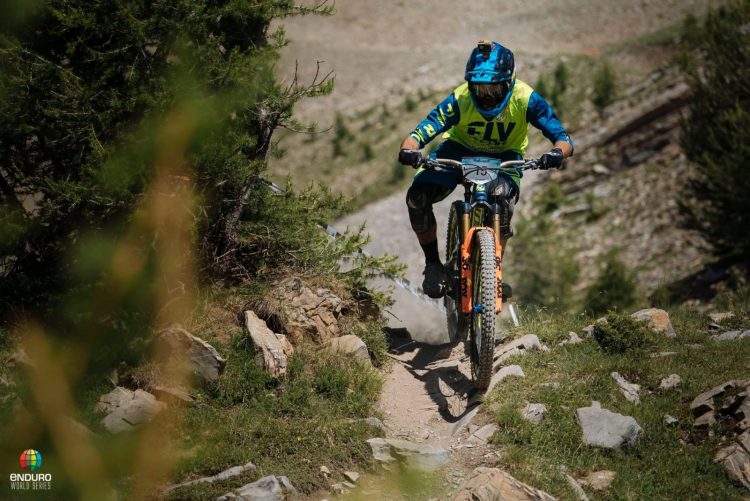