Sun and dust…a lot of dust, summed up the fourth round of the UCI DH World Cup in Vallnord, on one of the most technical tracks and probably the longest and most physically demanding of the season. Loic Bruni confirmed his performance in qualies and put down the fastest time also in the final. 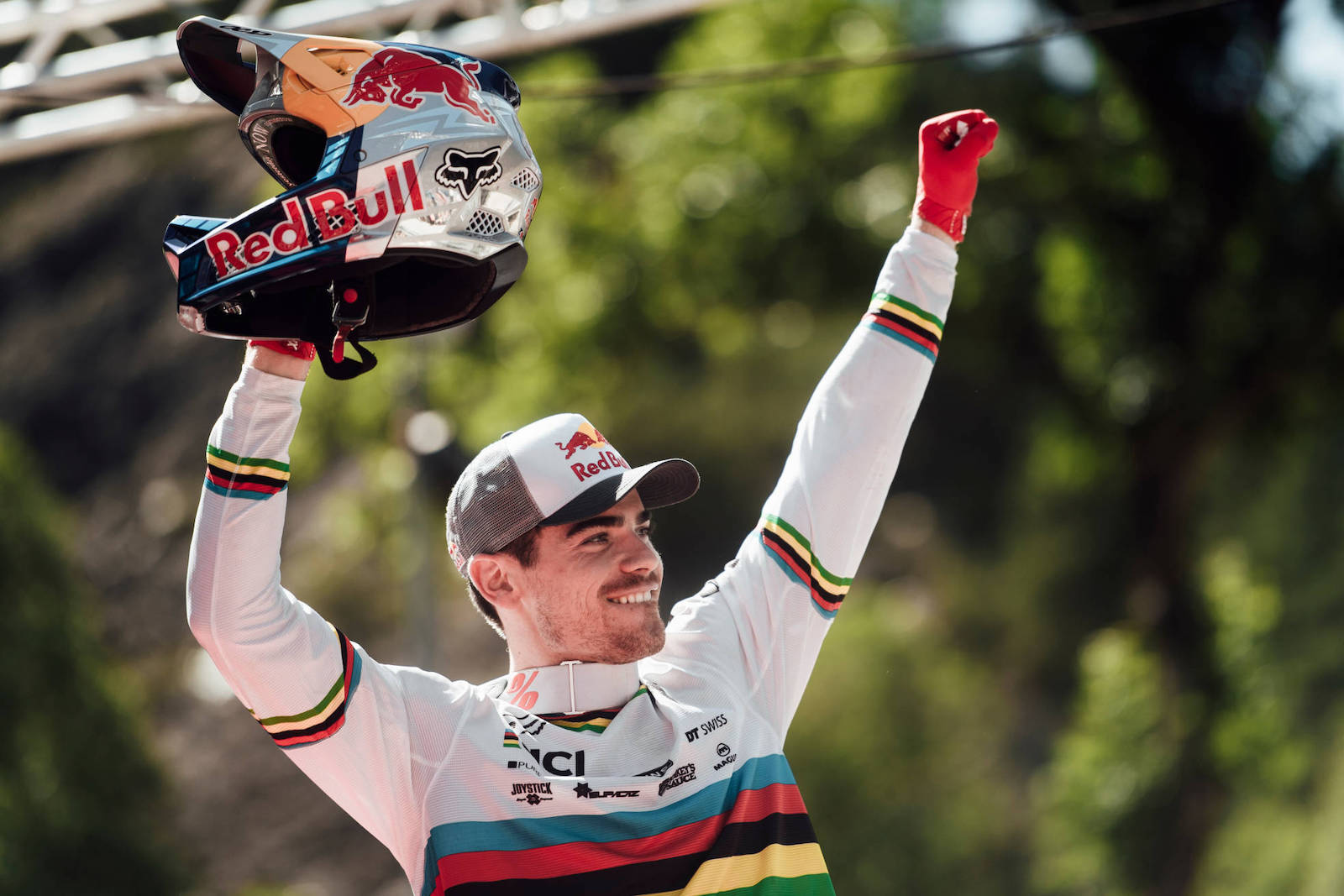 He made good use of both his physical preparation and his talent, even if he progressively slipped a bit on the second part of the track reducing his advantage compared to his split times on the first part. 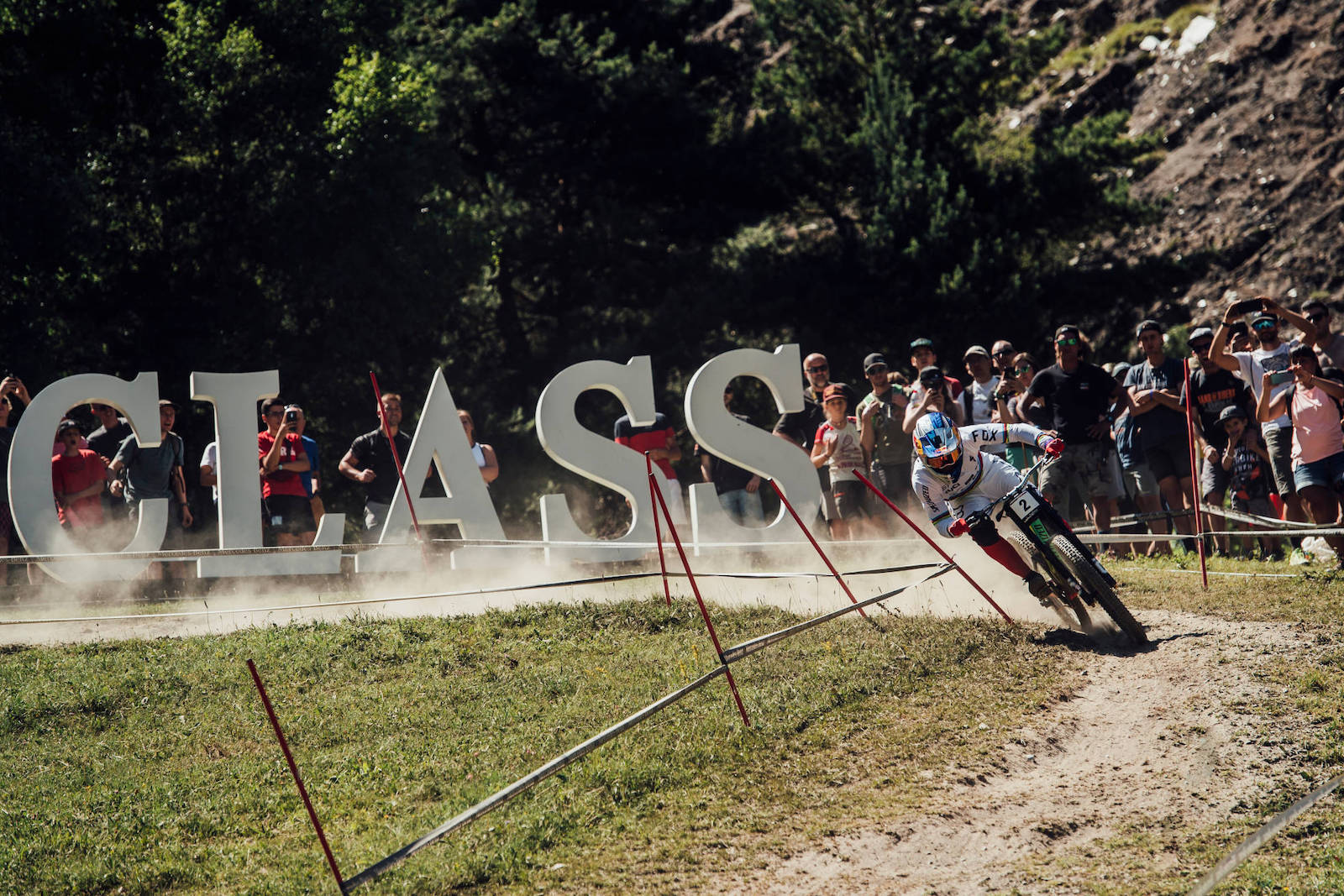 Second place for Loris Vergier who led a spectacular run, clean and aggressive, very exciting. Third place for Troy Brosnan who slipped back into second place in the overall, leaving the leadership to Bruni. 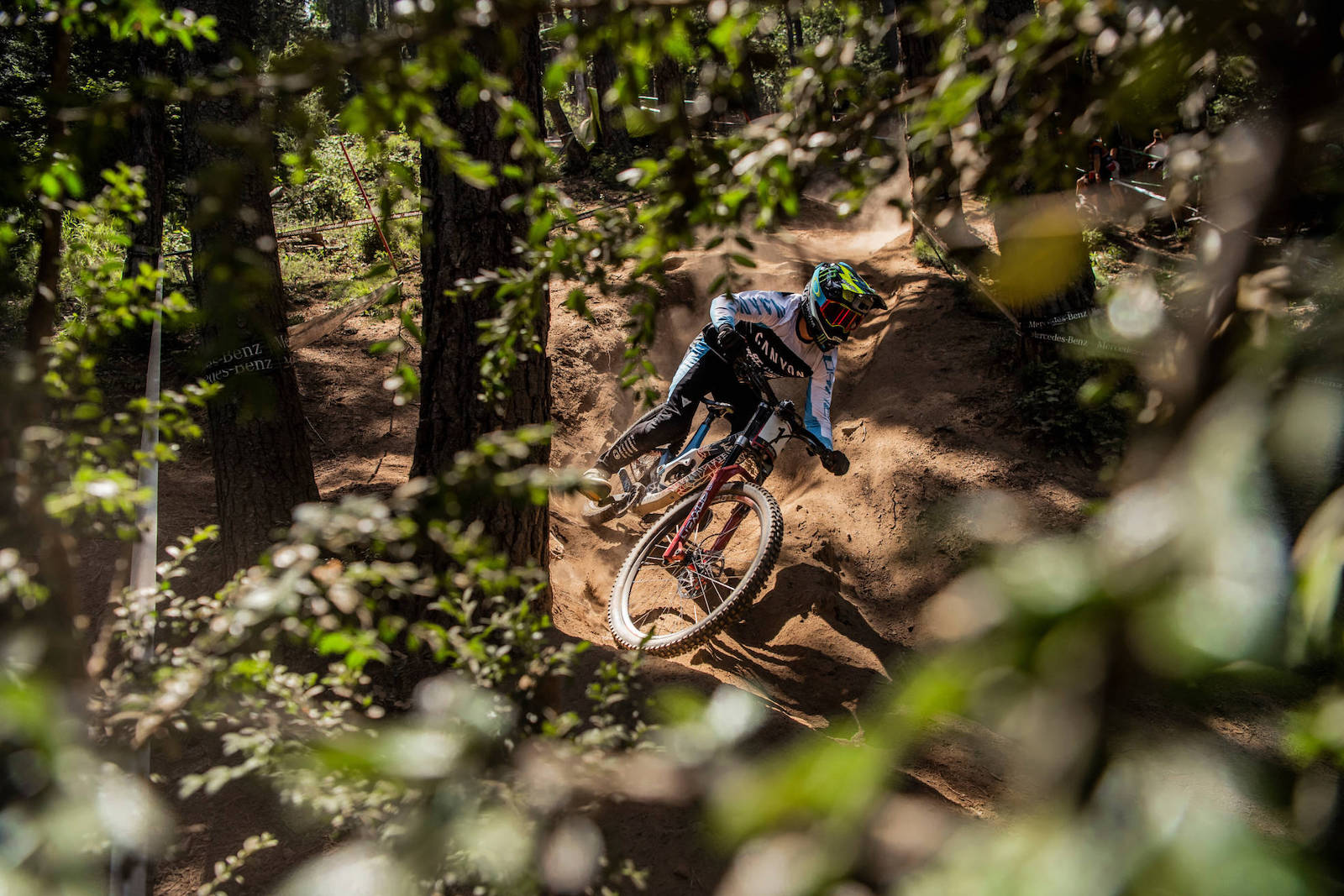 Amaury Pierron was unable to bring the team colors to the top of the podium on their home track but must still be pretty happy with the fourth position, followed in fifth by Danny Hart. 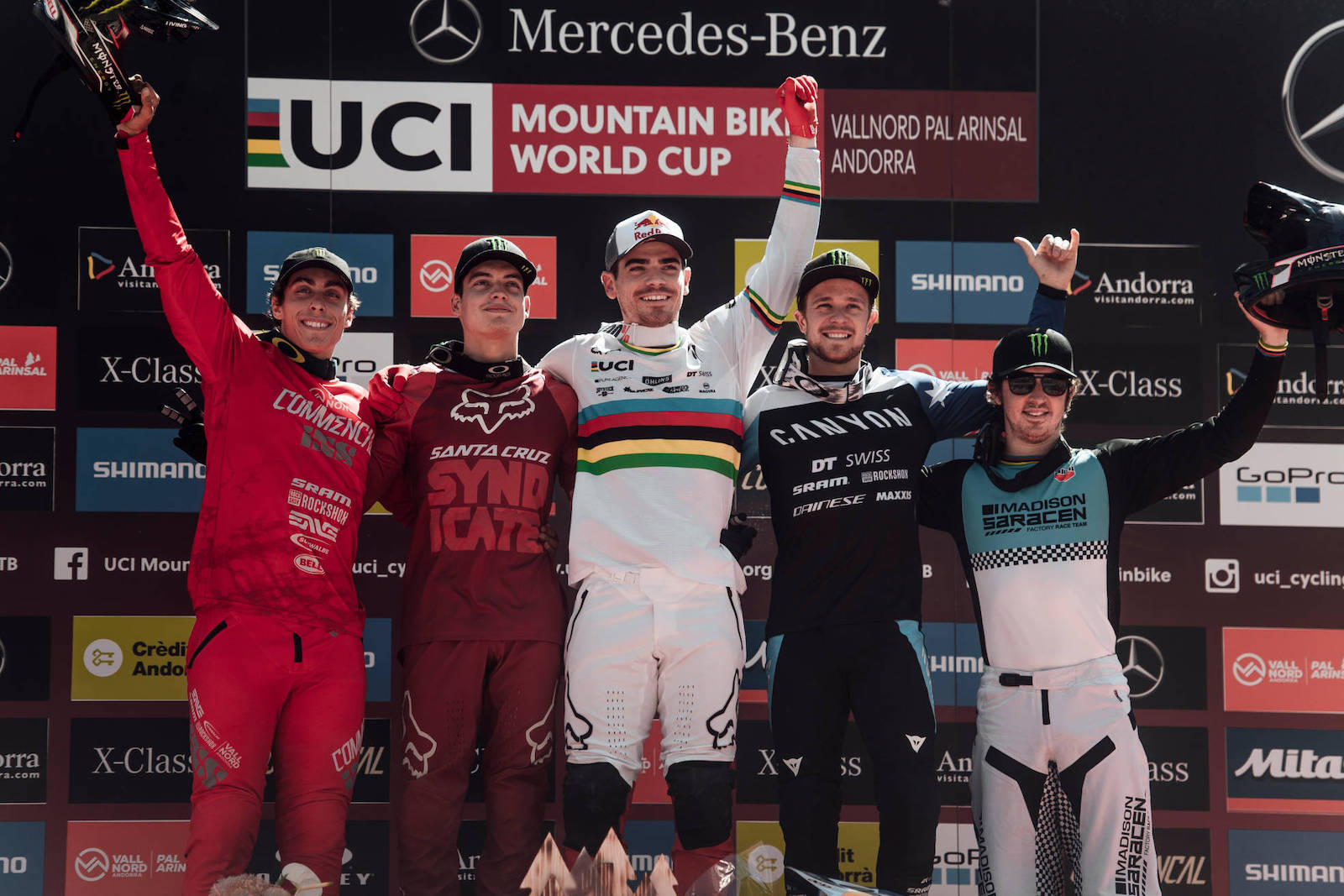 Great result for privateer Johannes Von Klebelsberg who landed in 14th place, marking one of the best results of the recent history for an Italian DH racer. In 18th place, Luca Shaw would be the only American in the top 20. 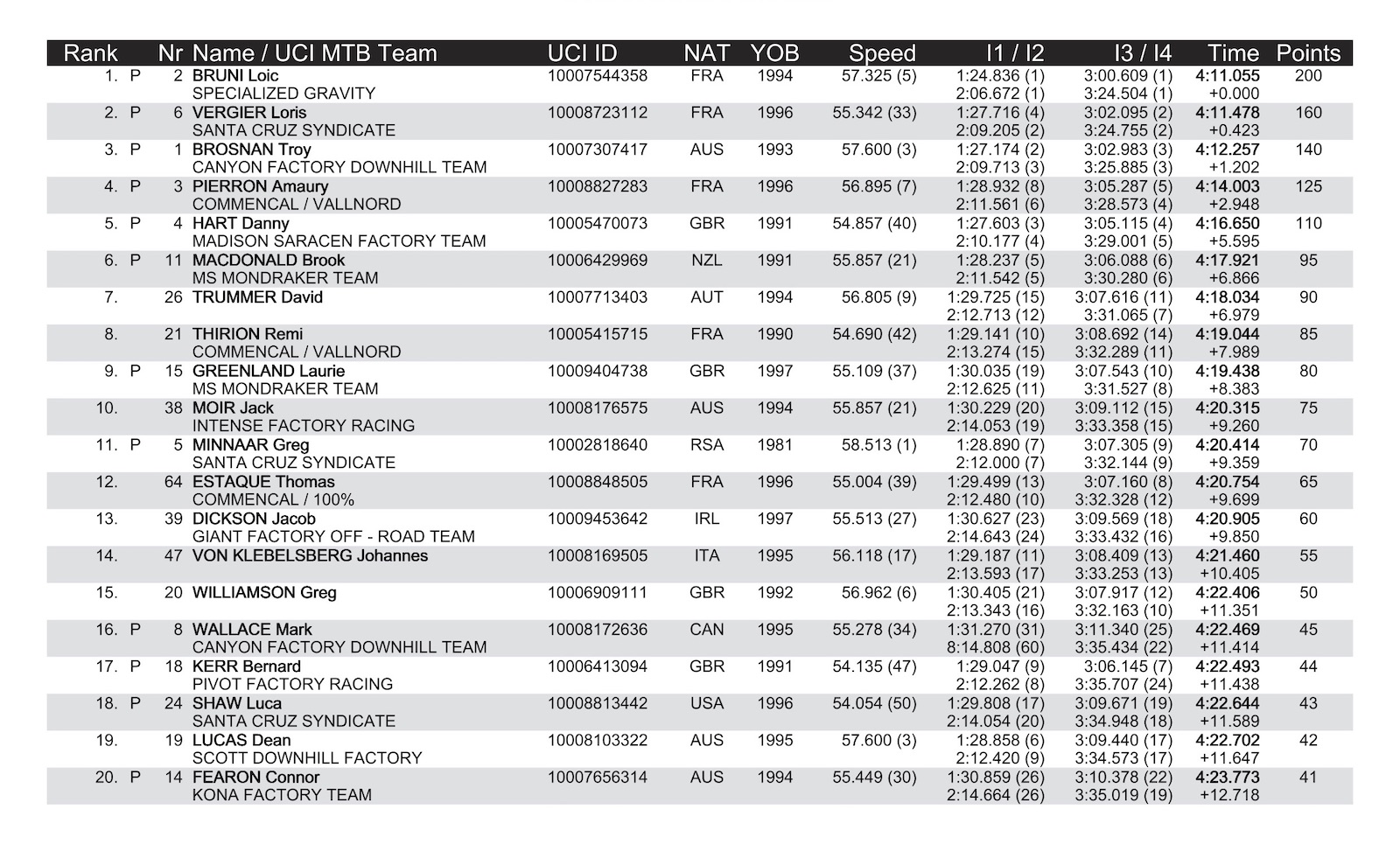 Rachel Atherton returned to the top step of the podium, after several crashes involving the winner of the qualifier – Nina Hoffman, circuit leader Tracey Hannah and Veronika Widmann. 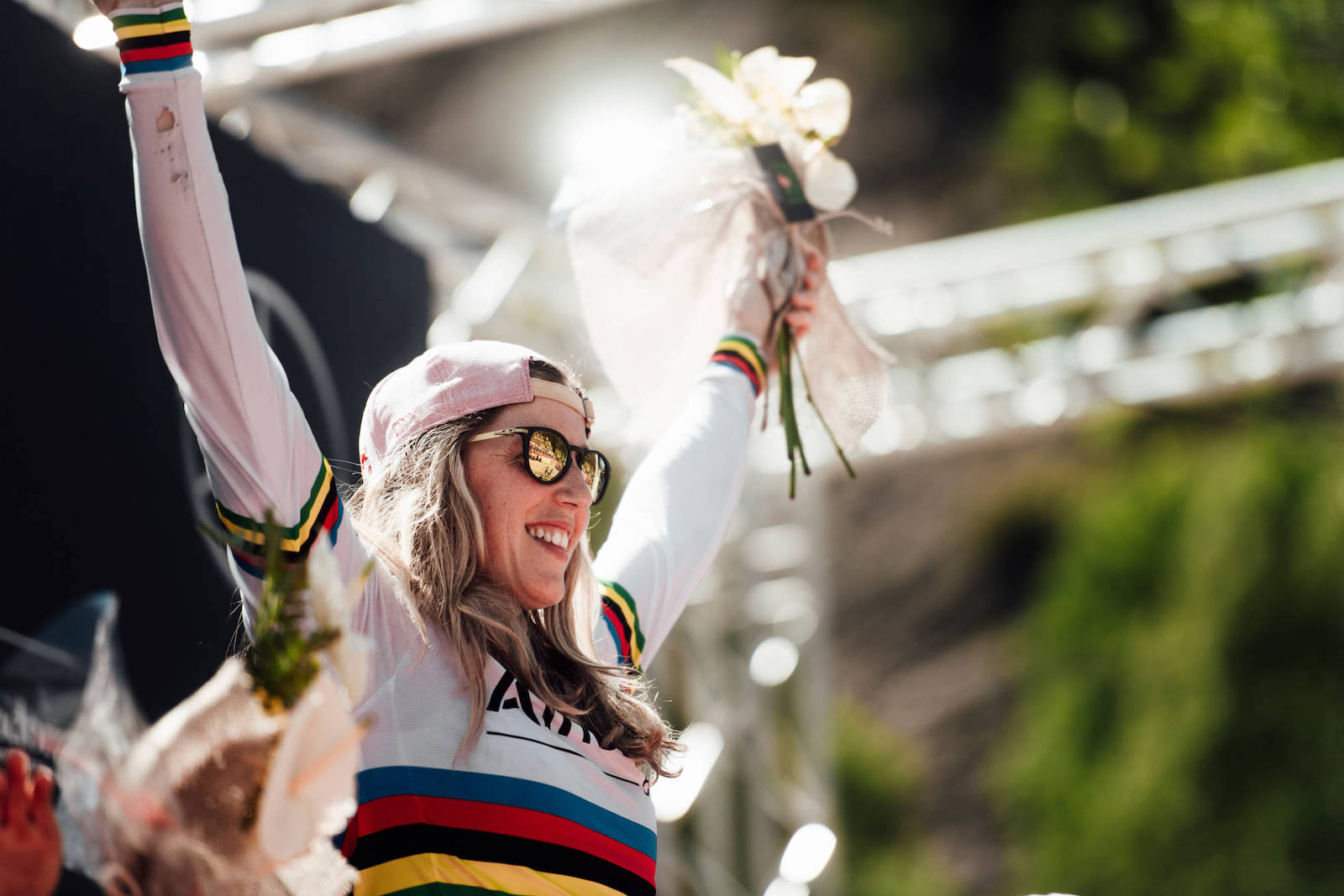 Marine Cabirou made no mistakes and earned second place, followed by Tracey Hannah who, despite her crash, landed in third place and garnered the points necessary to maintain leadership in the overall. 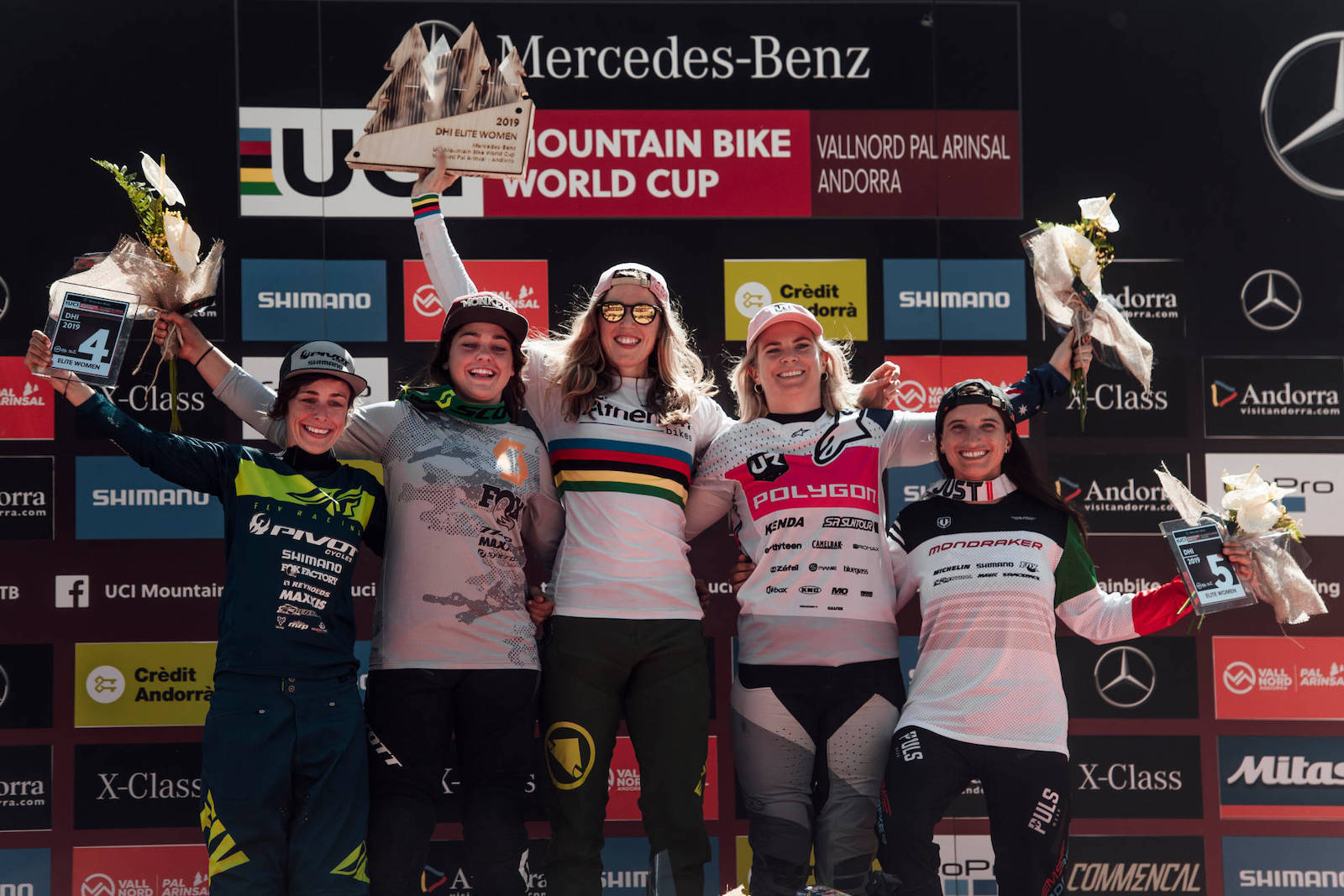 Fourth position for Emilie Siegenthaler while Eleonora Farina made it into fifth.

In the Junior field, Thibaut Daprela finished in eighteenth place due to a crash midway, leaving the victory to Matteo Iniguez but retaining the overall leadership with a wide margin. Victory was undisturbed instead for Valentina Höll in the female field. 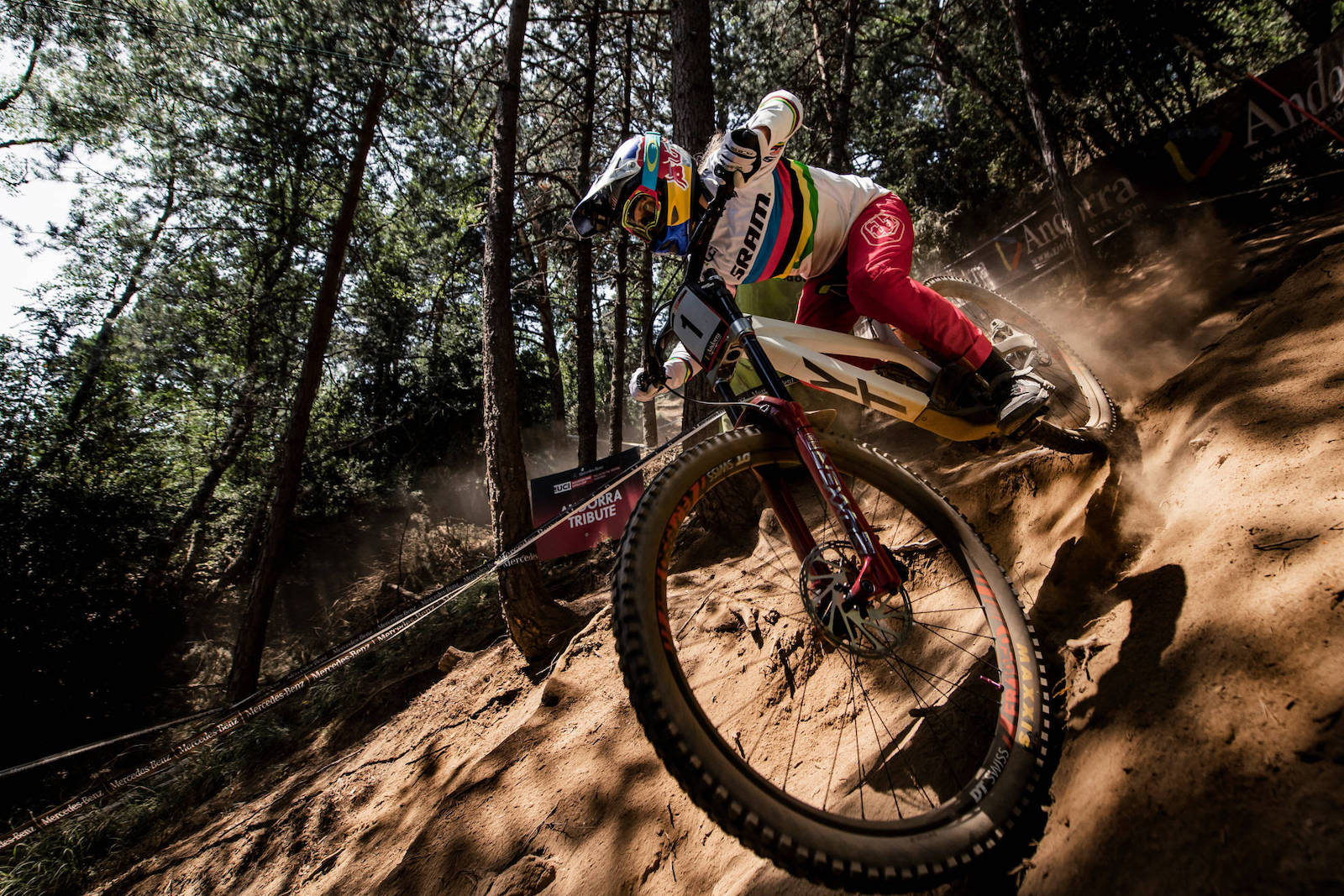 The next round of UCI DH World Cup will be held next weekend in Les Gets, France.