In Men’s Elite, Eddie Masters kept the hot seat warm for quite some time and then Dean Lucas stormed in and toppled him for quite some time. Lucas would eventually finish 3rd – an incredible result. Greg Minnaar upset him by nearly two seconds. All eyes were on Fearon and Gwin. Fearon would have a big crash in the middle of a wild run. Gwin had a great deal of bobbles to finish 8th. Bruni was on a heater of a run but with a small bobble near the line just could not defeat Minnaars smooth, calculated run…What a class act. 18 career wins makes GM the winningest world cup racer of all time. What a race. 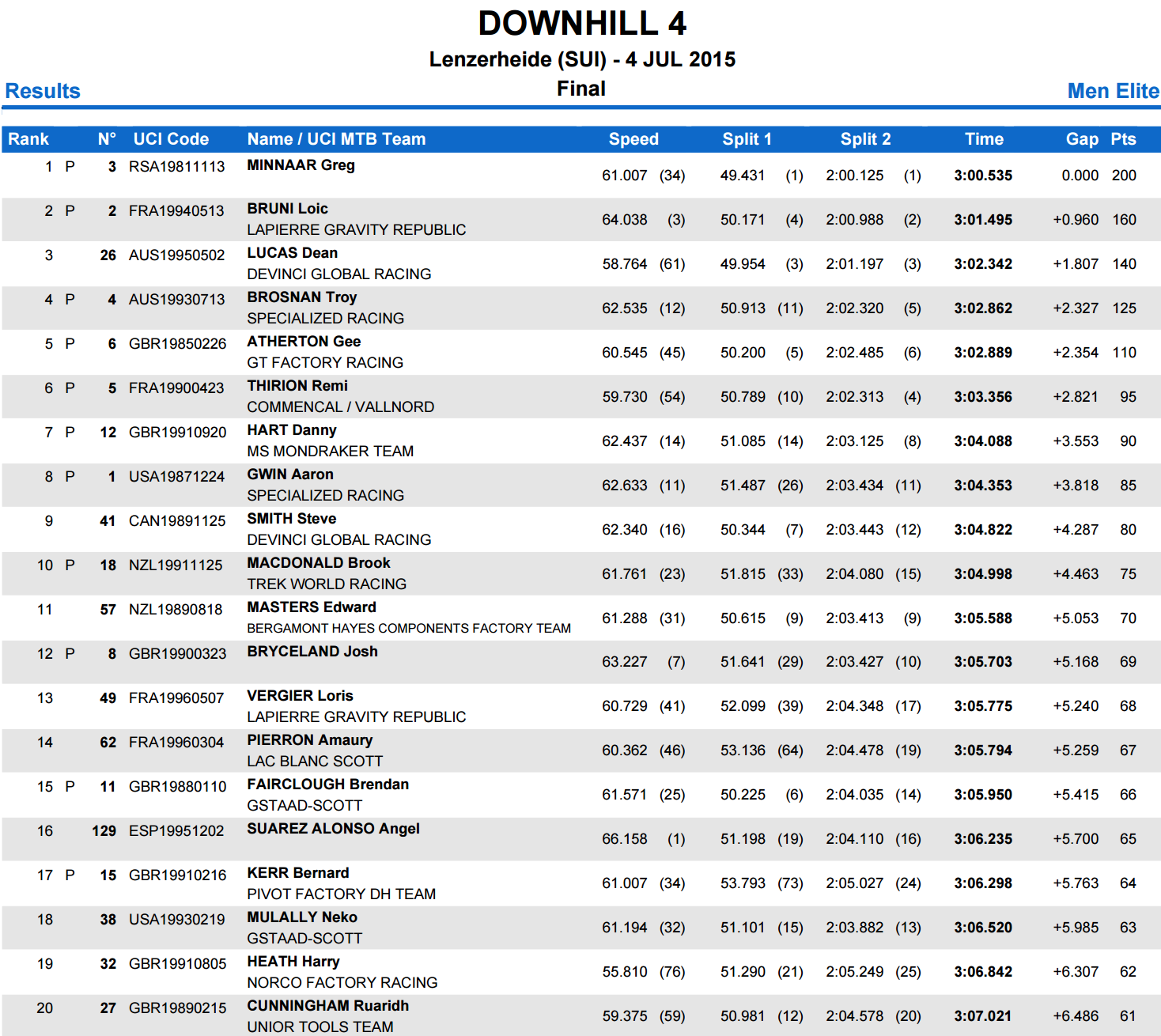 After a bobble and a small crash on a rowdy and loose run, Emmeline Ragot couldn’t hold it together and deny Rachel Atherton her third win. Emmeline would still take a podium spot however. Impressive. 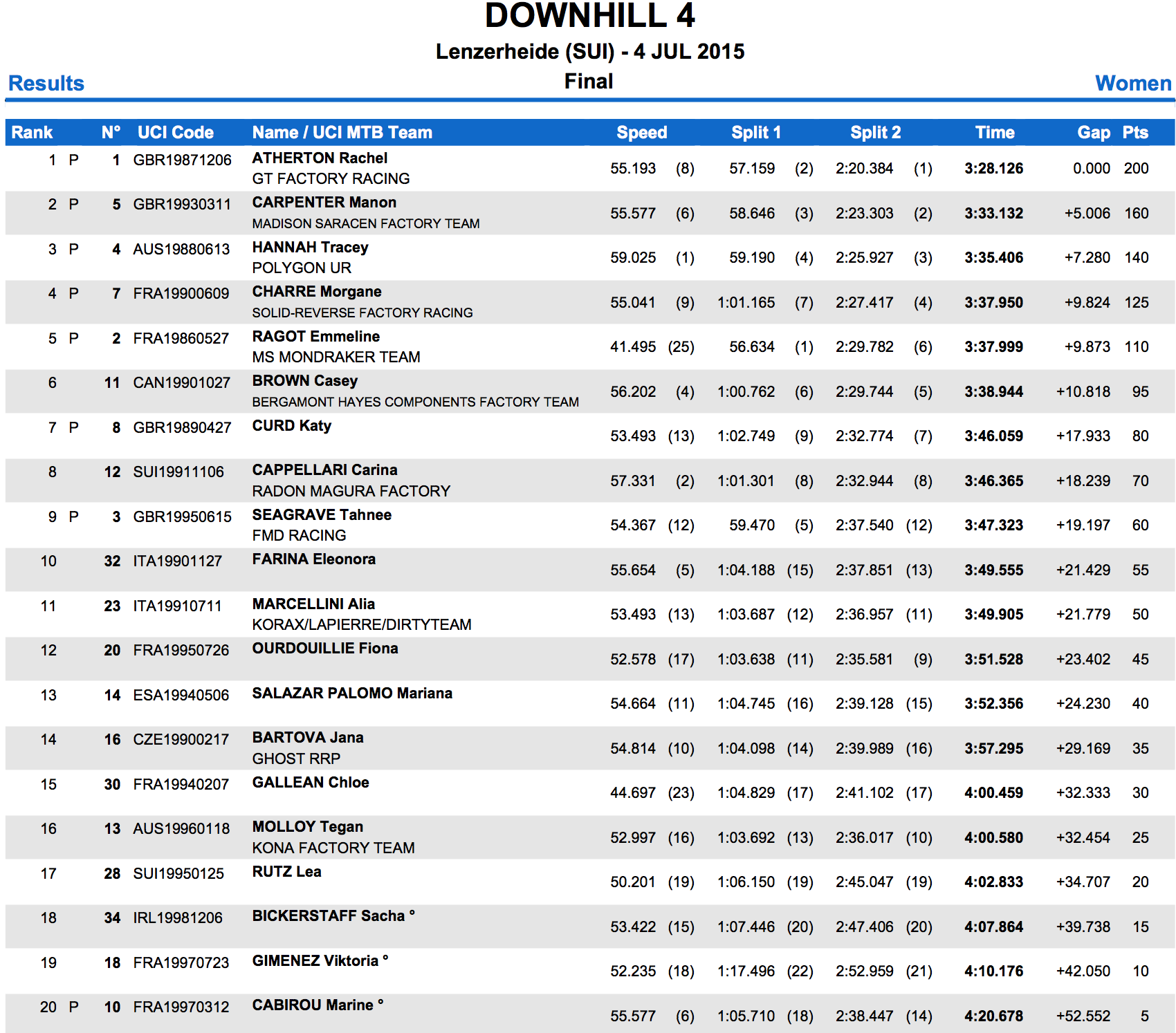 In Men’s Juniors, young gun Laurie Greenland took his first big win. Kona rider Andrew Crimmins rallied and raced after a gnarly crash yesterday. Pure grit. He managed to save some points and come in second place by just under 5 seconds. 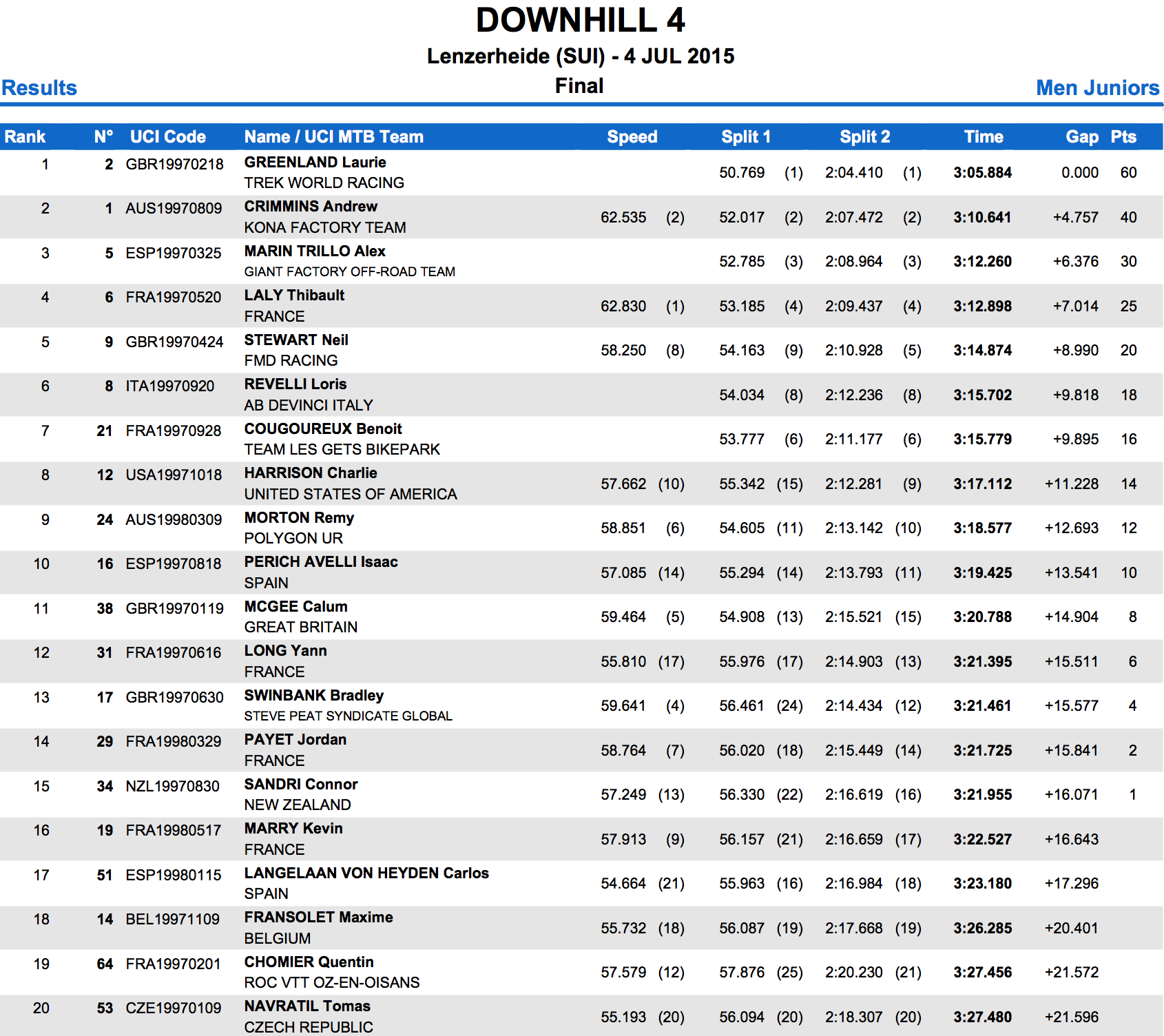