[ad3]  Qualifying was a bit interesting today.  Aaron Gwin (who rarely crashes) had a bit of a get off today despite having the fastest split times in most parts of the track.  He still ended up qualifying 19th.  Danny Hart qualified first and interestingly George Brannigan had an incredible run, perhaps even a career best coming in second. 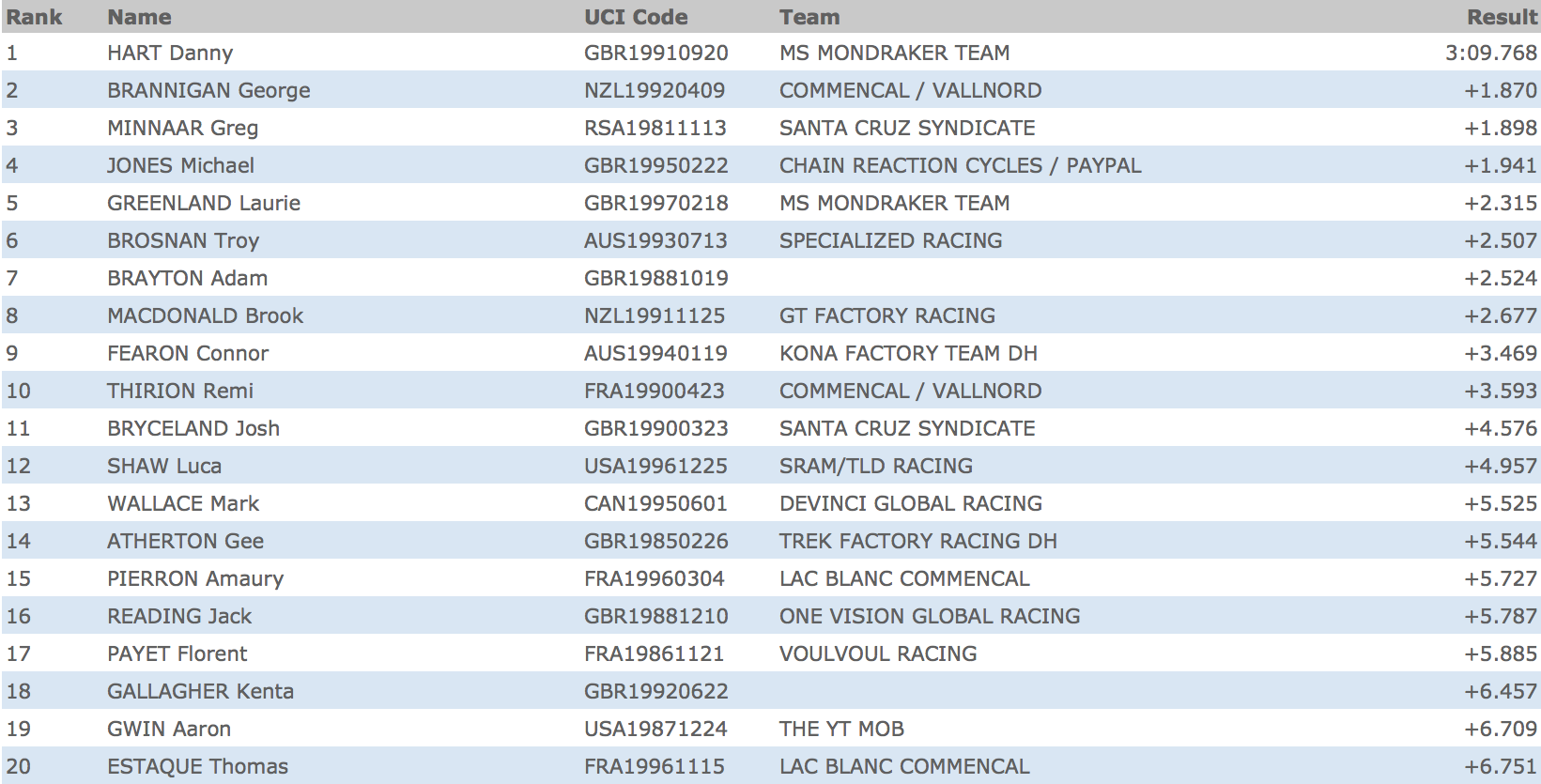 In the women’s field, Tahnee Seagrave snuck up there and nabbed a first place qualifier with Rachel Atherton nipping at her heels under a half second behind.  After her was Nicole Myriam, nice to see her back up in the mix.  Tracey Hannah and Manon Carpenter rounded out the top 5 as the usual suspects. 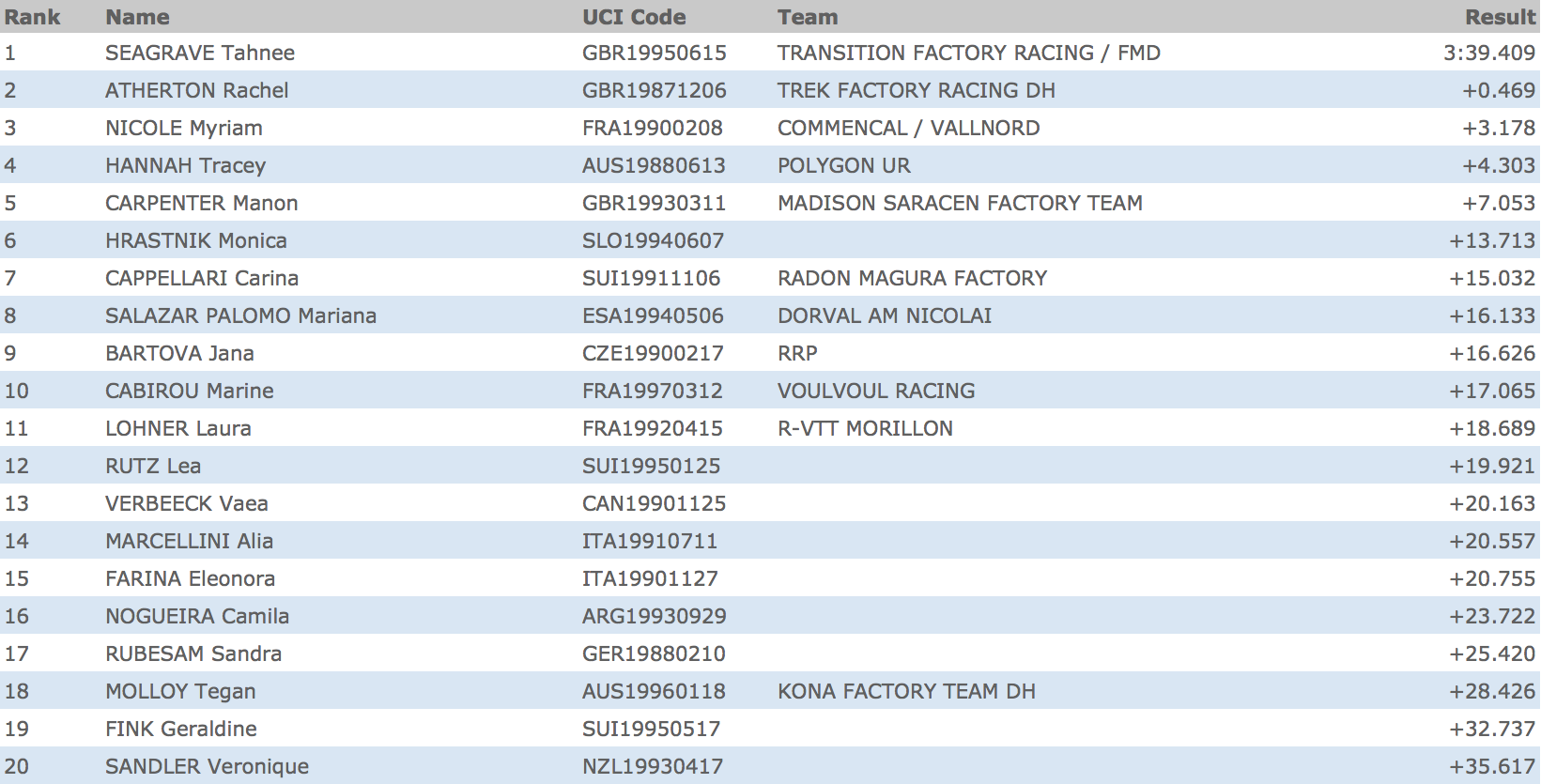 Finn Iles proved he’s still the one to beat after not participating in timed training yesterday, but Sylvain Cougoureux also showed that his fast lap yesterday was serious business, just 1.5 seconds off of Finn’s qualifying run. 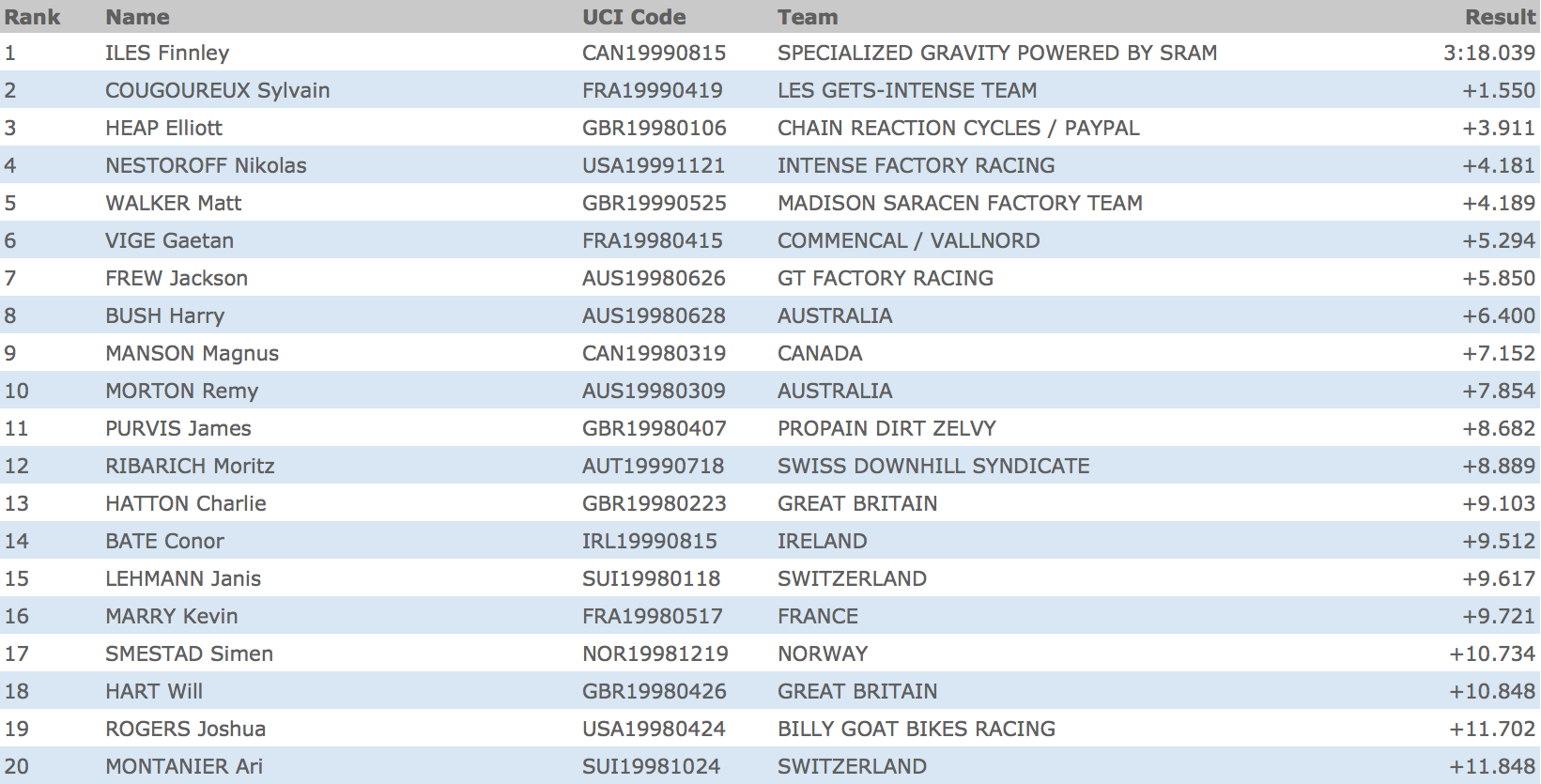 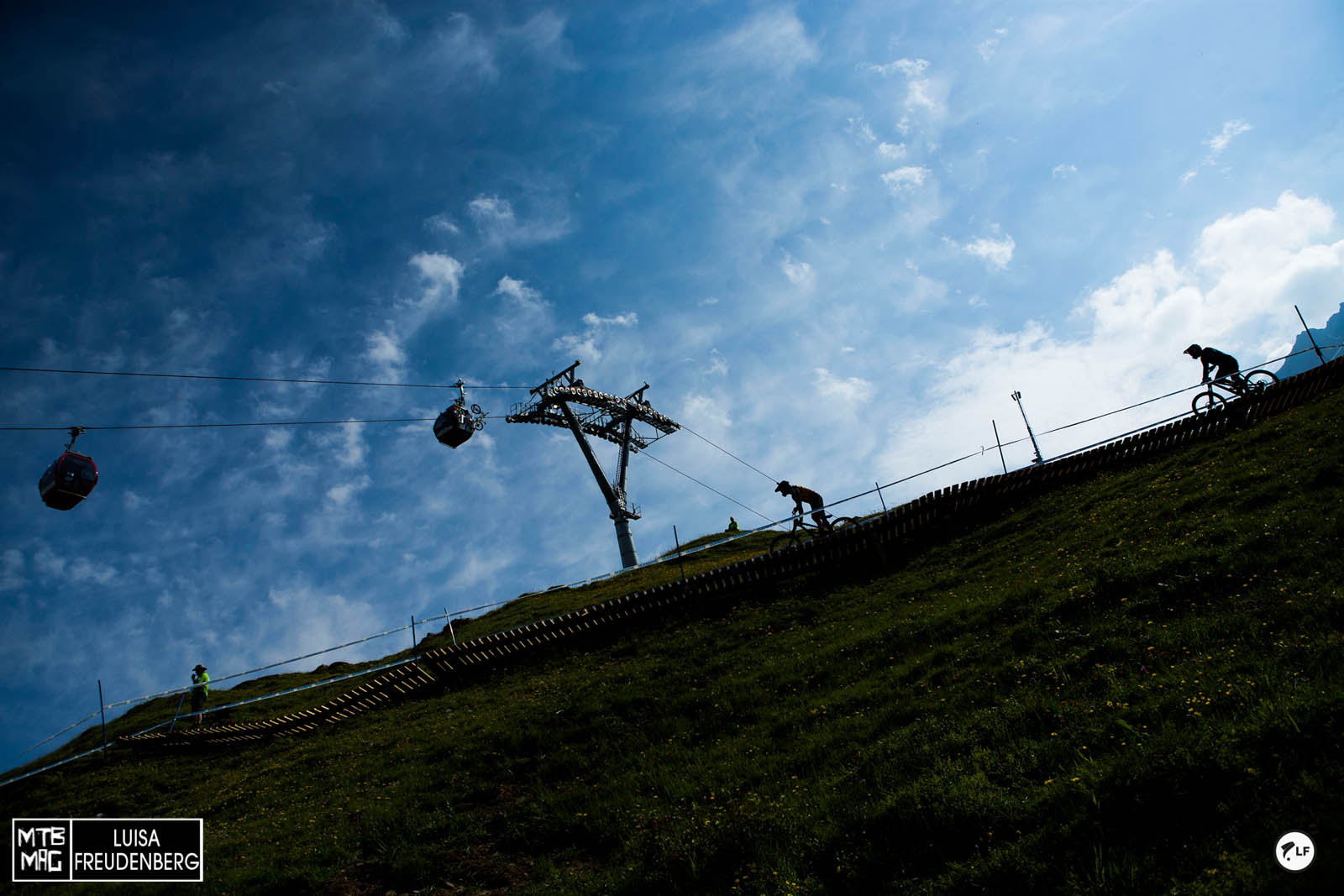