The Elite men saw the worst conditions of the day…at least beginning with the mid pack guys. Dean Lucas held the hot seat while rider after rider struggled with an ever increasing deluge. Phil Atwill, Brendog and many others amongst the best mud riders in the world just couldn’t touch Dean Lucas’ time. Jack Moir was the first rider to actually come close at around 3 seconds back. Troy met that effort and then some, just 2.4 behind Dean… 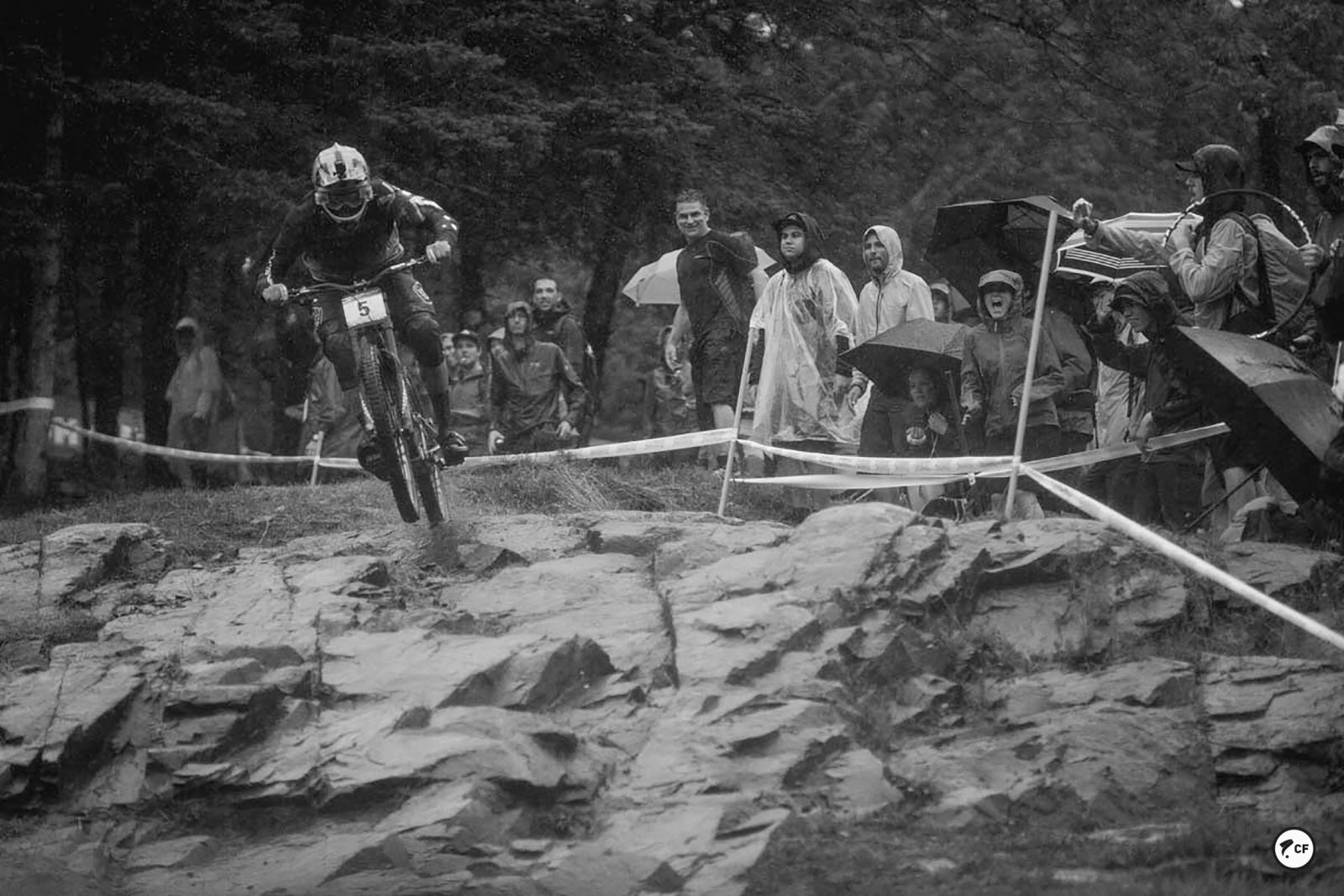 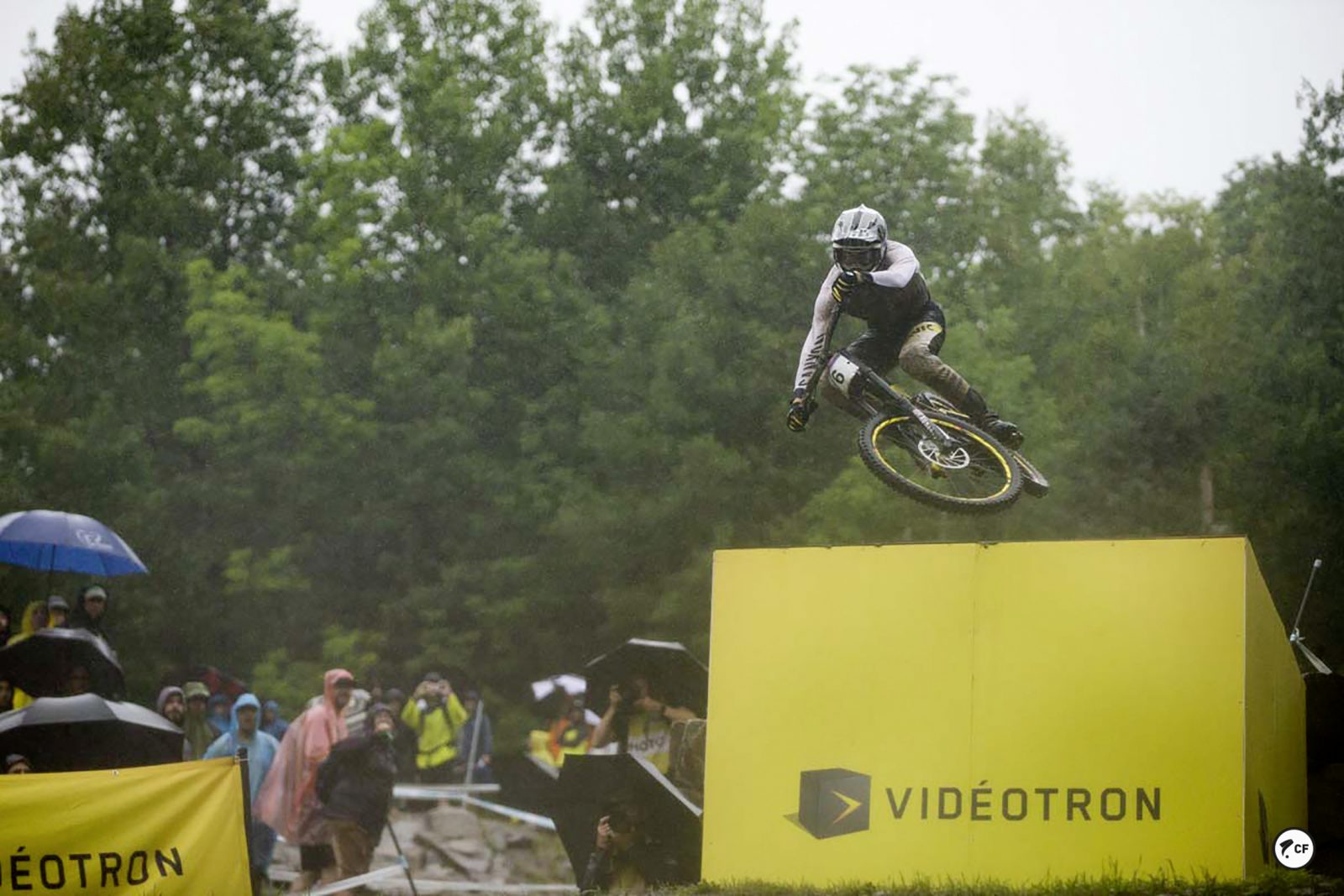 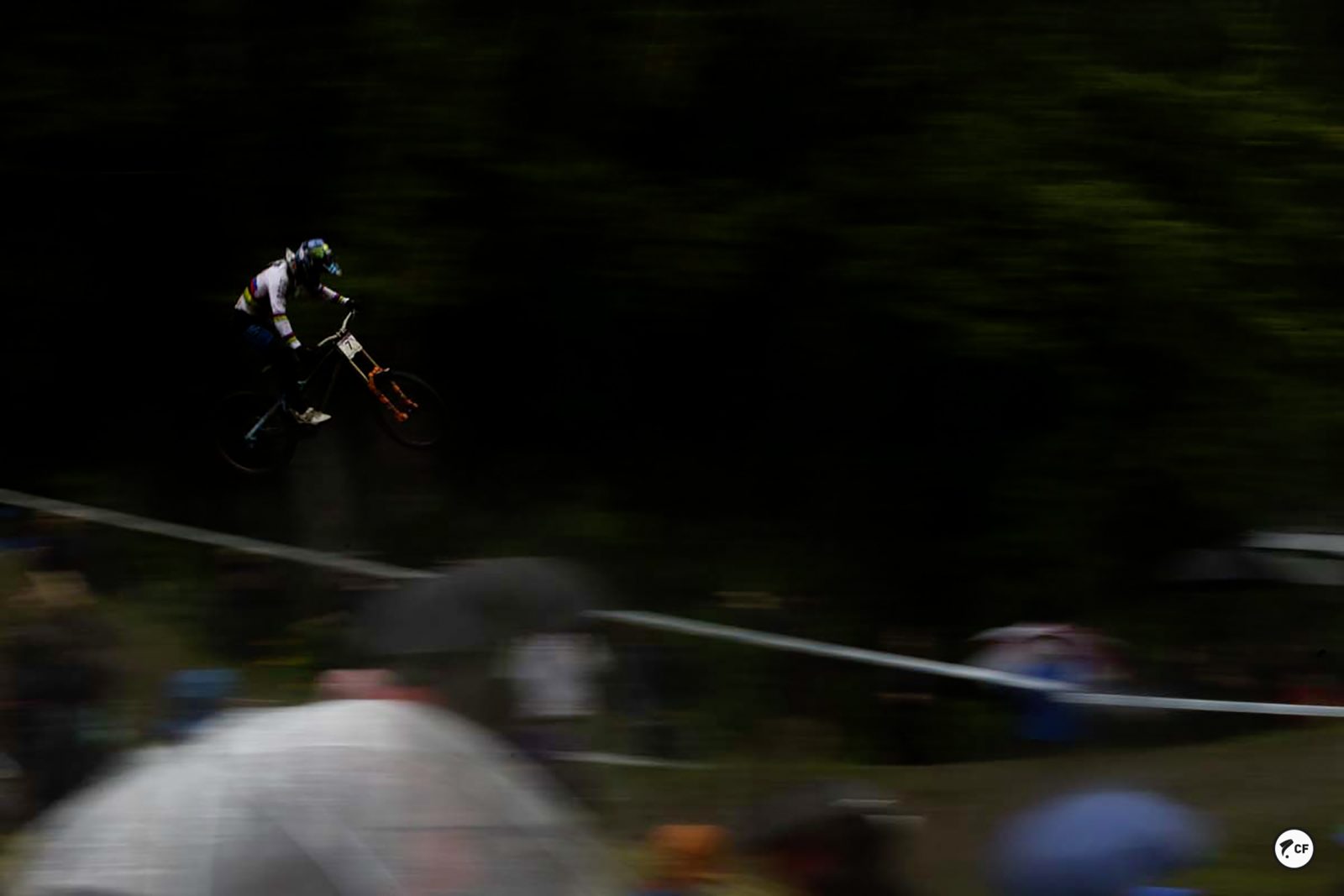 Loris Vergier and Luca Shaw came down with solid runs despite conditions, but not in touch. Danny Hart blasted and bounced down the track in typical Danny form, clocking 70.1K in the speed trap resulting in a run that was oh so close at under a half second from taking down Dean Lucas. Minnaar would go on to crash, losing 20+ seconds. With two riders left, Bruni had a truly impressive run  but left him just under 2 seconds back behind Danny Hart. 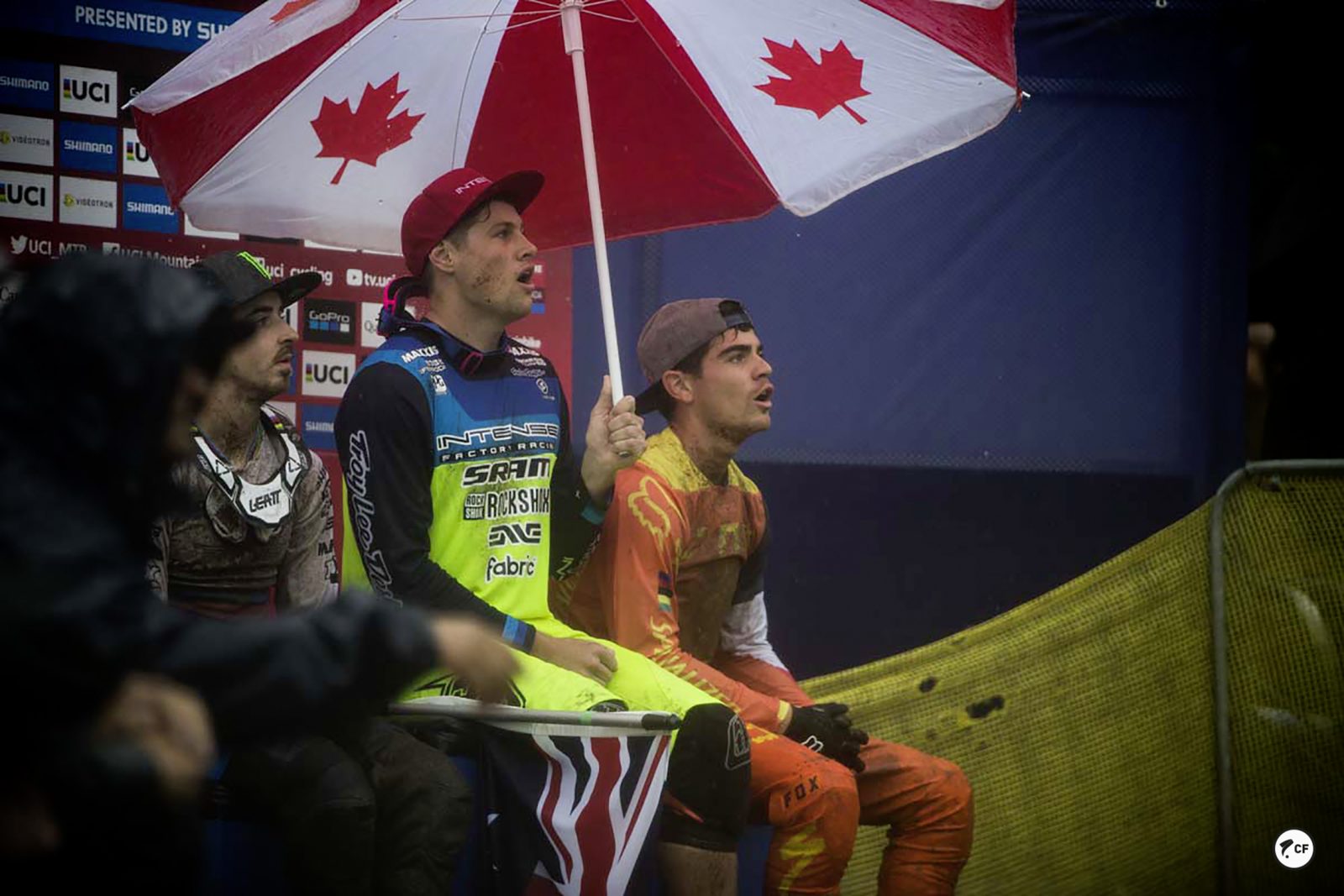 The last man on track was Aaron Gwin, a Californian who virtually never rides in the rain. From the very beginning he was up at every split taking surgically precise, yet psychotic inside lines that no one else had either thought of or dared to ride. At one point he was up a full 2 seconds up on Dean Lucas. He would cross the line a full second faster with what will unquestionably go down as one of the greatest race runs of all time. Truly sensational racing! 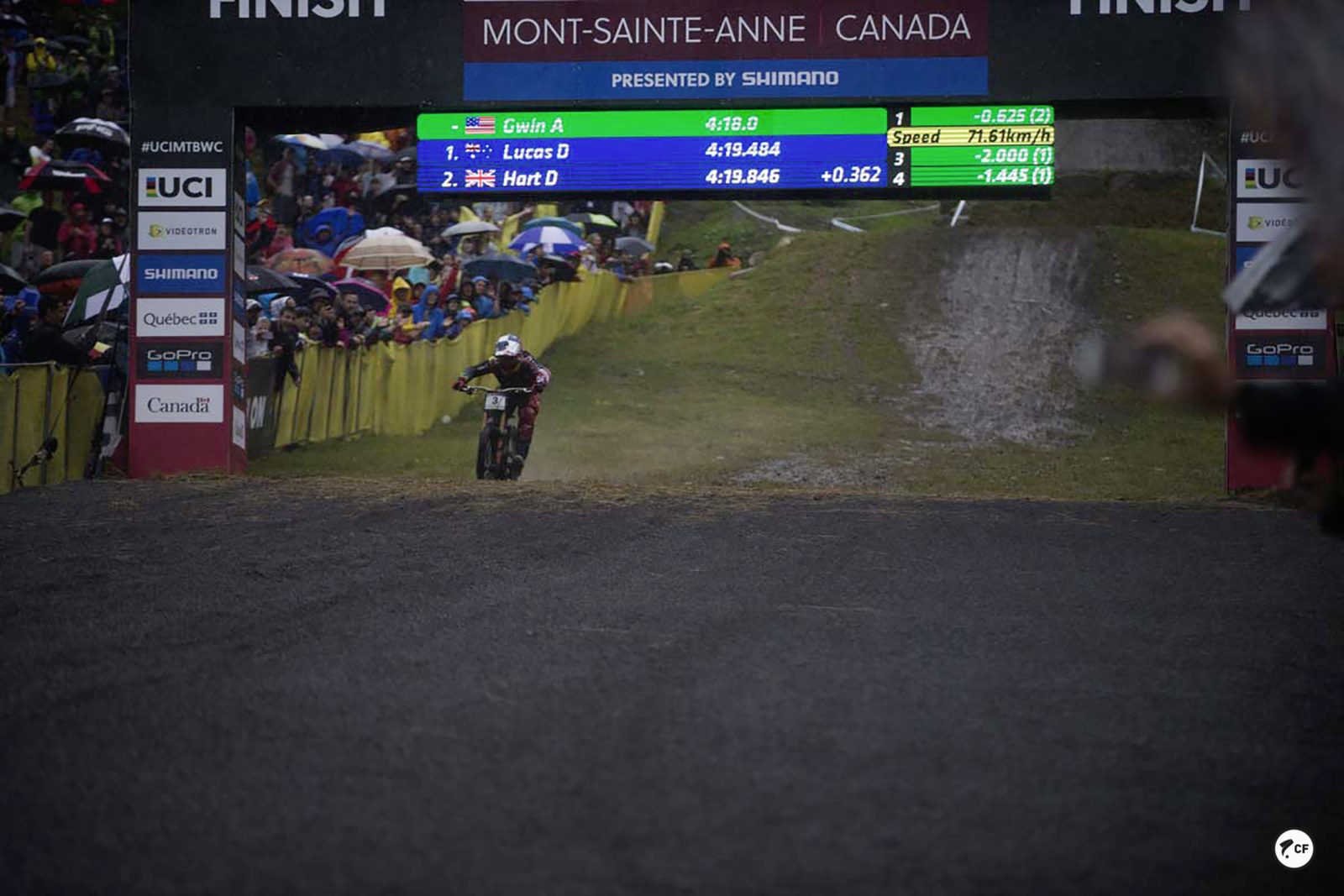 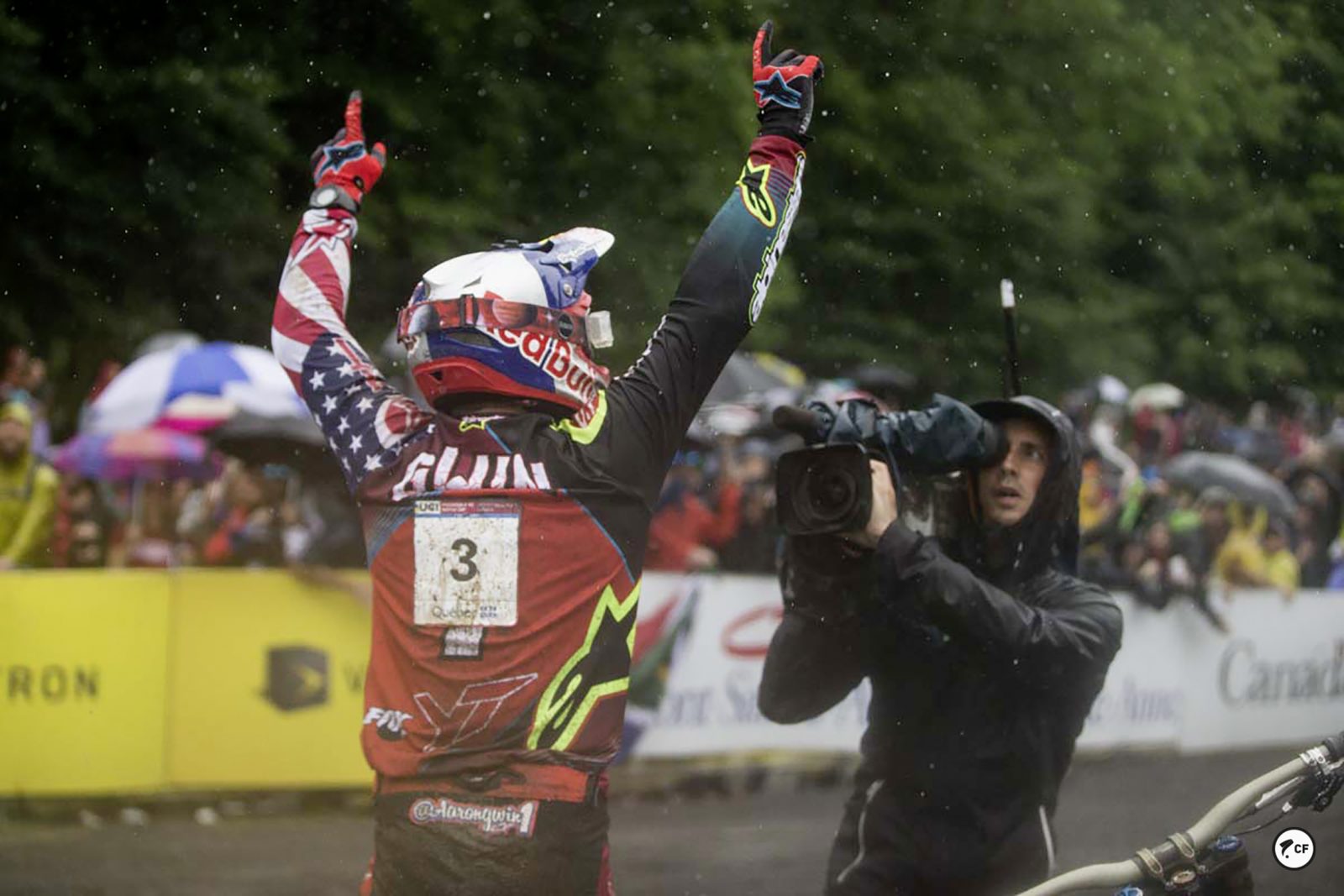 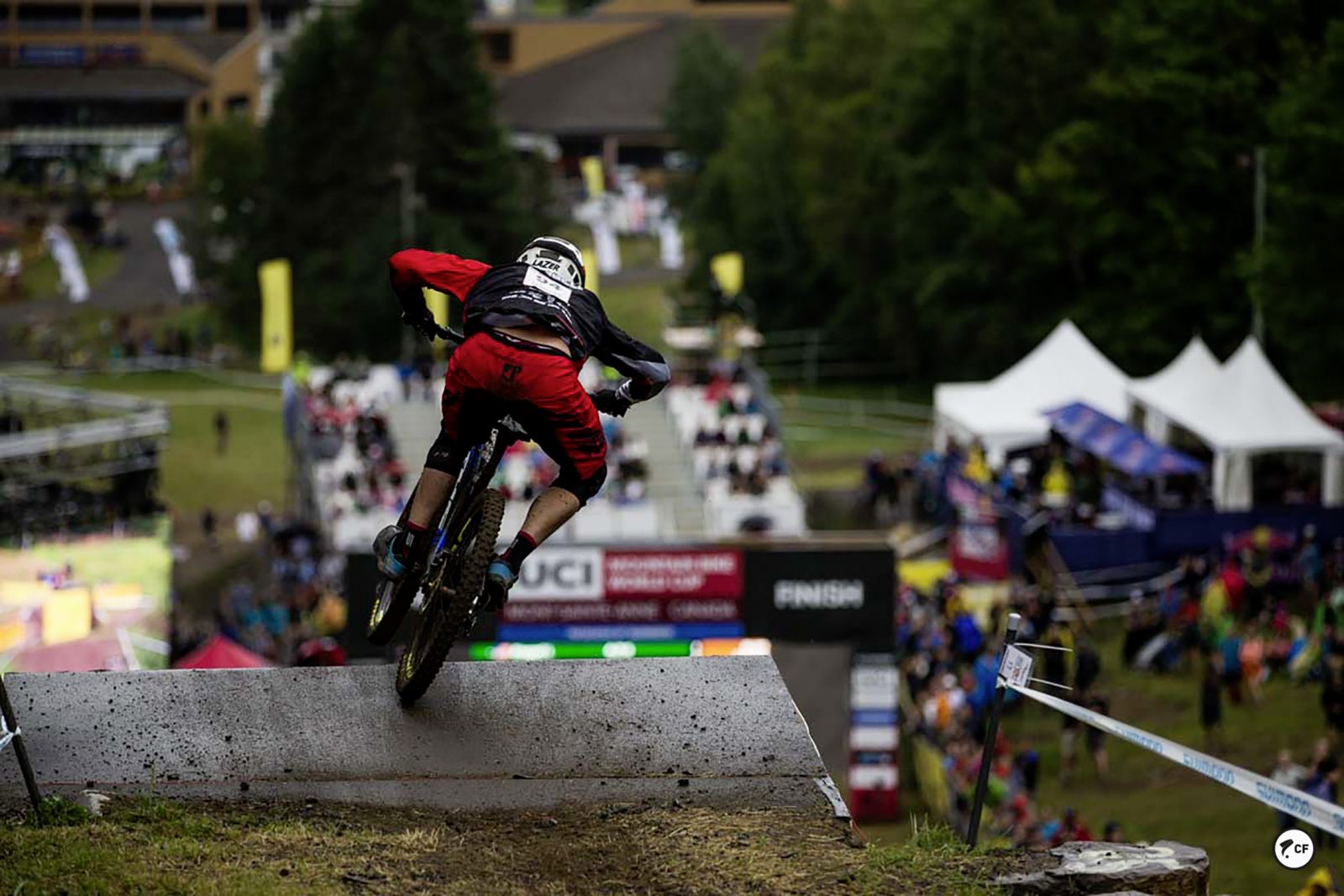 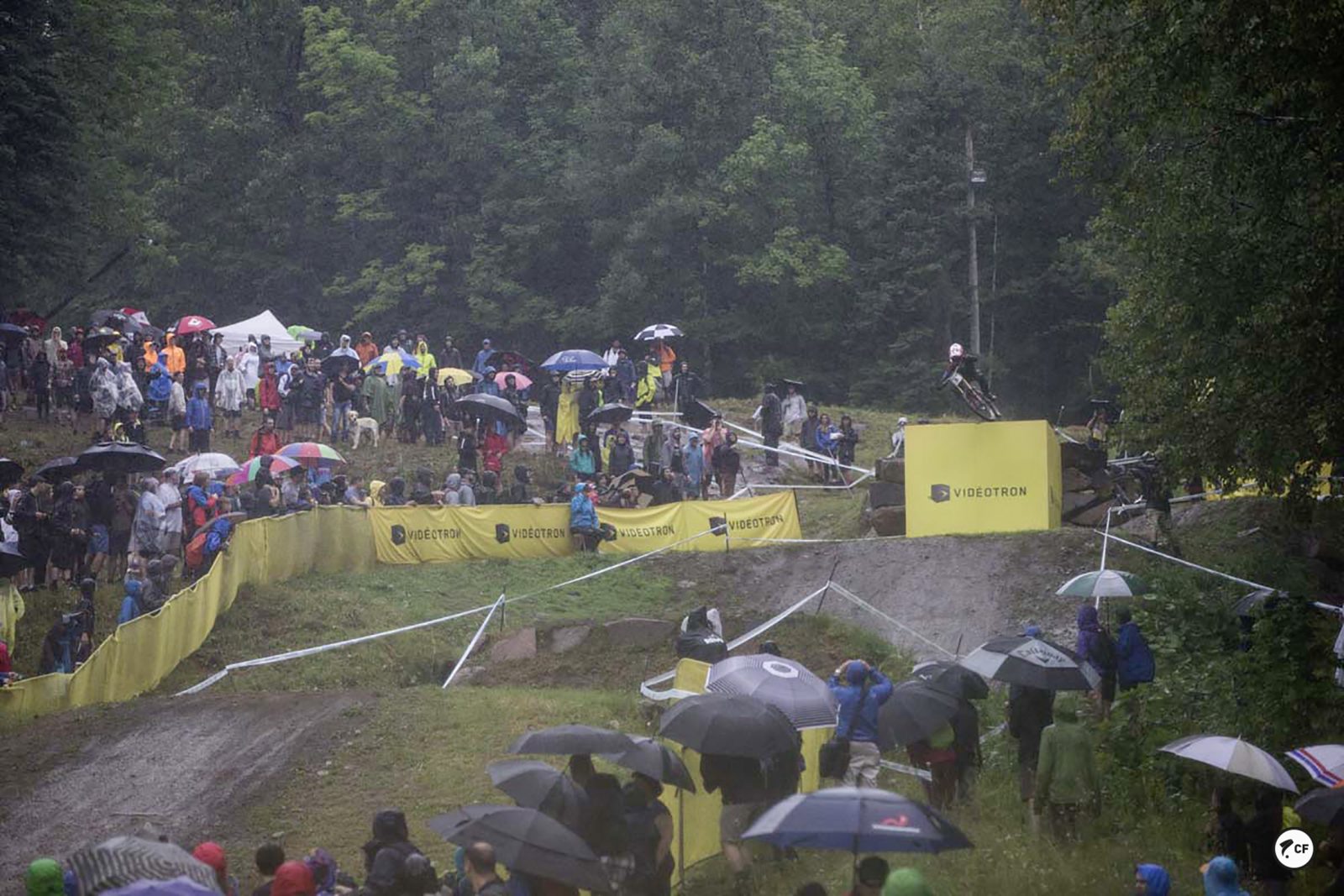 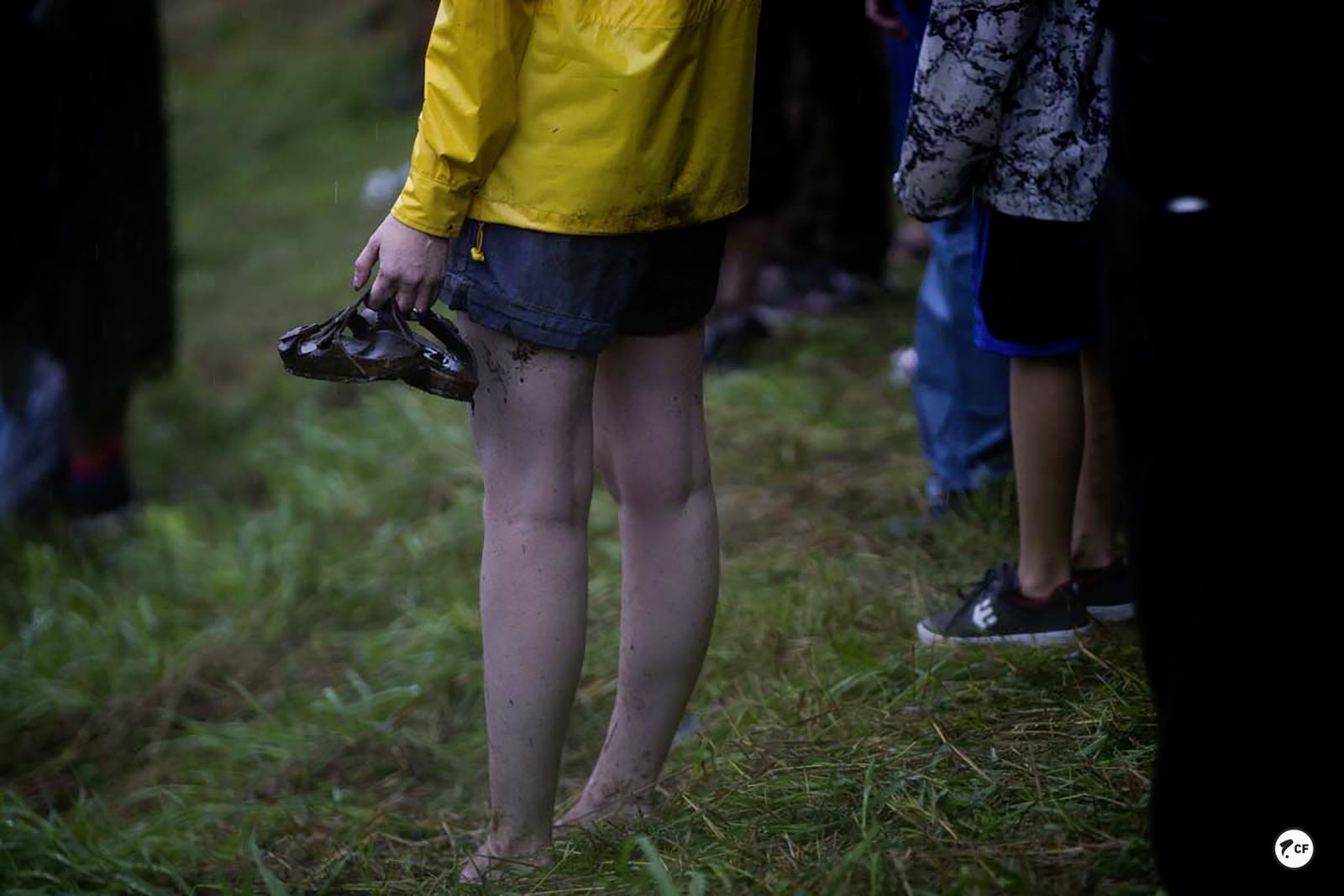 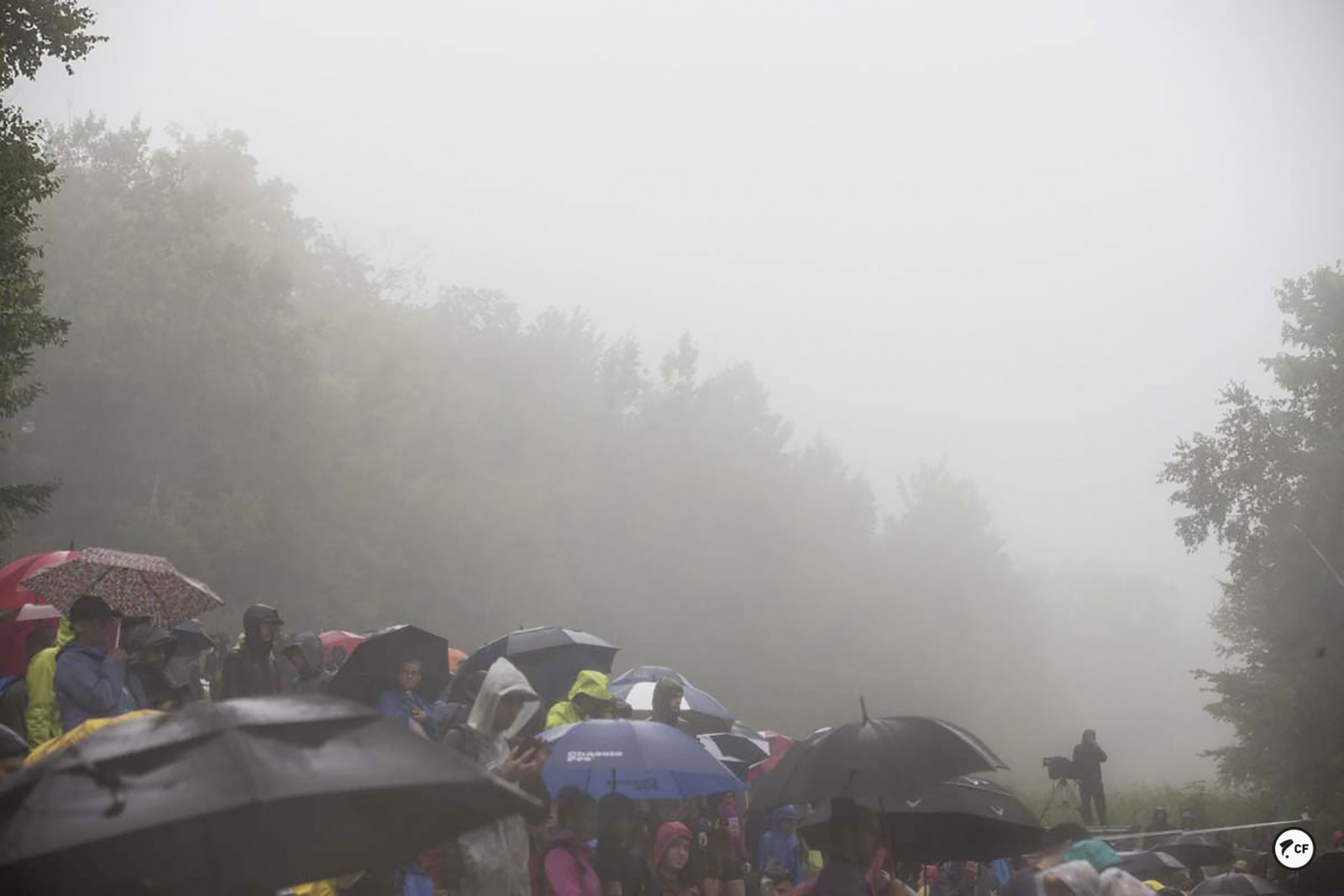 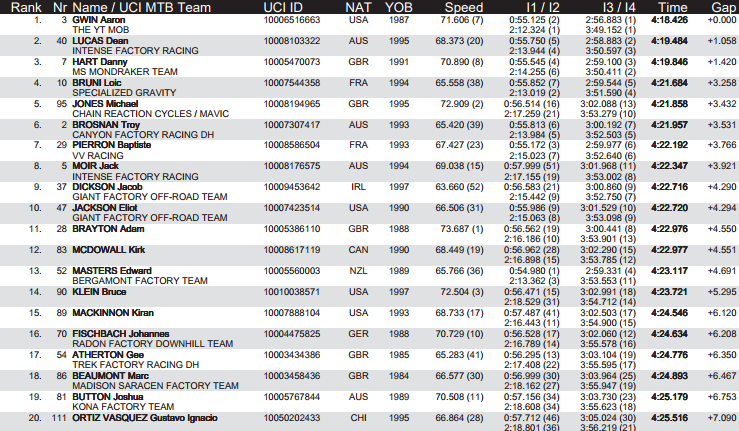 In the women’s race, Tahnee Seagrave got another one in the bag. Nicole Myriam couldn’t quite topple the Brit in the rain which provided conditions that she’s surely familiar with. In third was Tracey Hannah – impressive considering that she rode with a flat tire. Rachel Atherton is not quite back yet with 5th place after a less than stellar run. 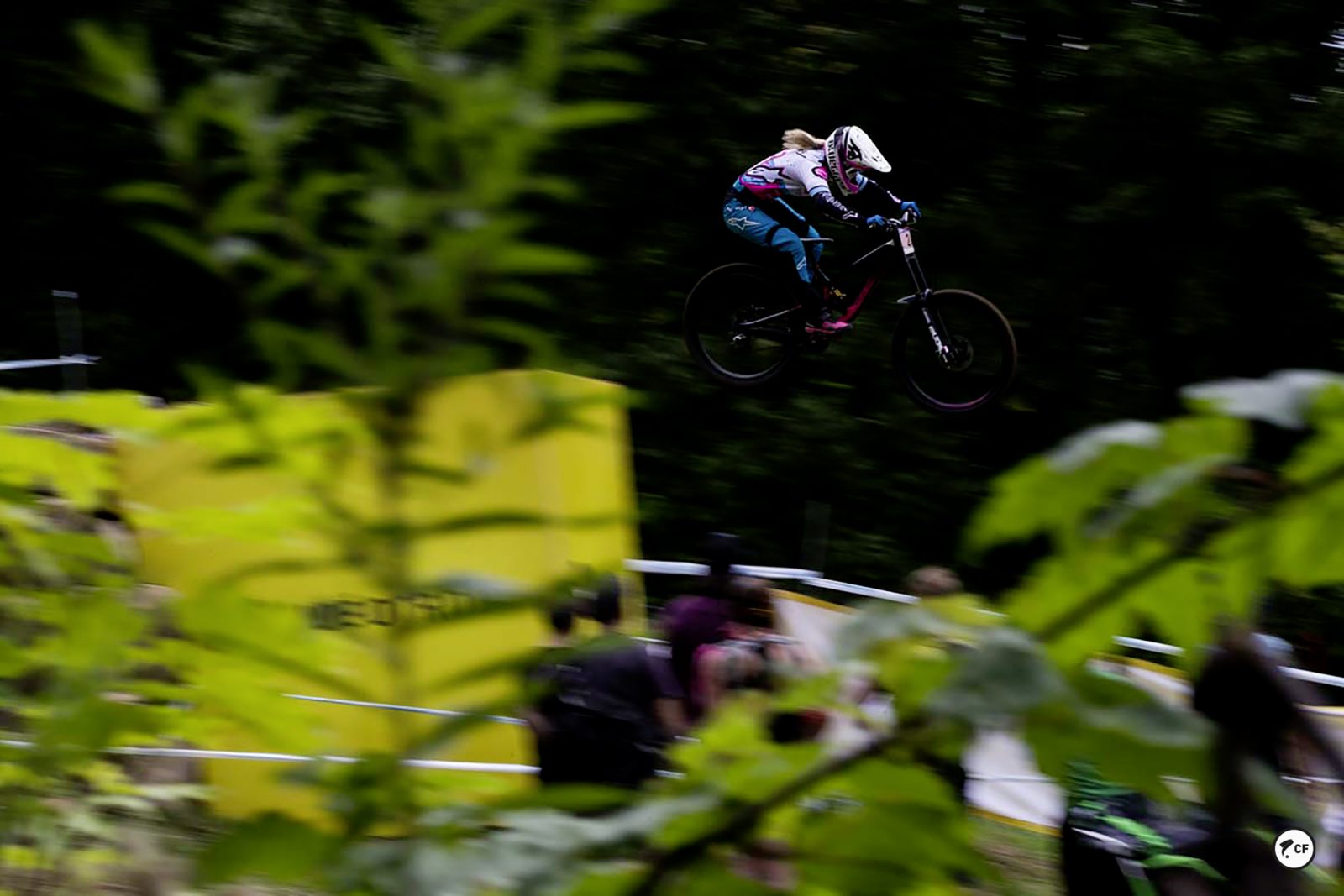 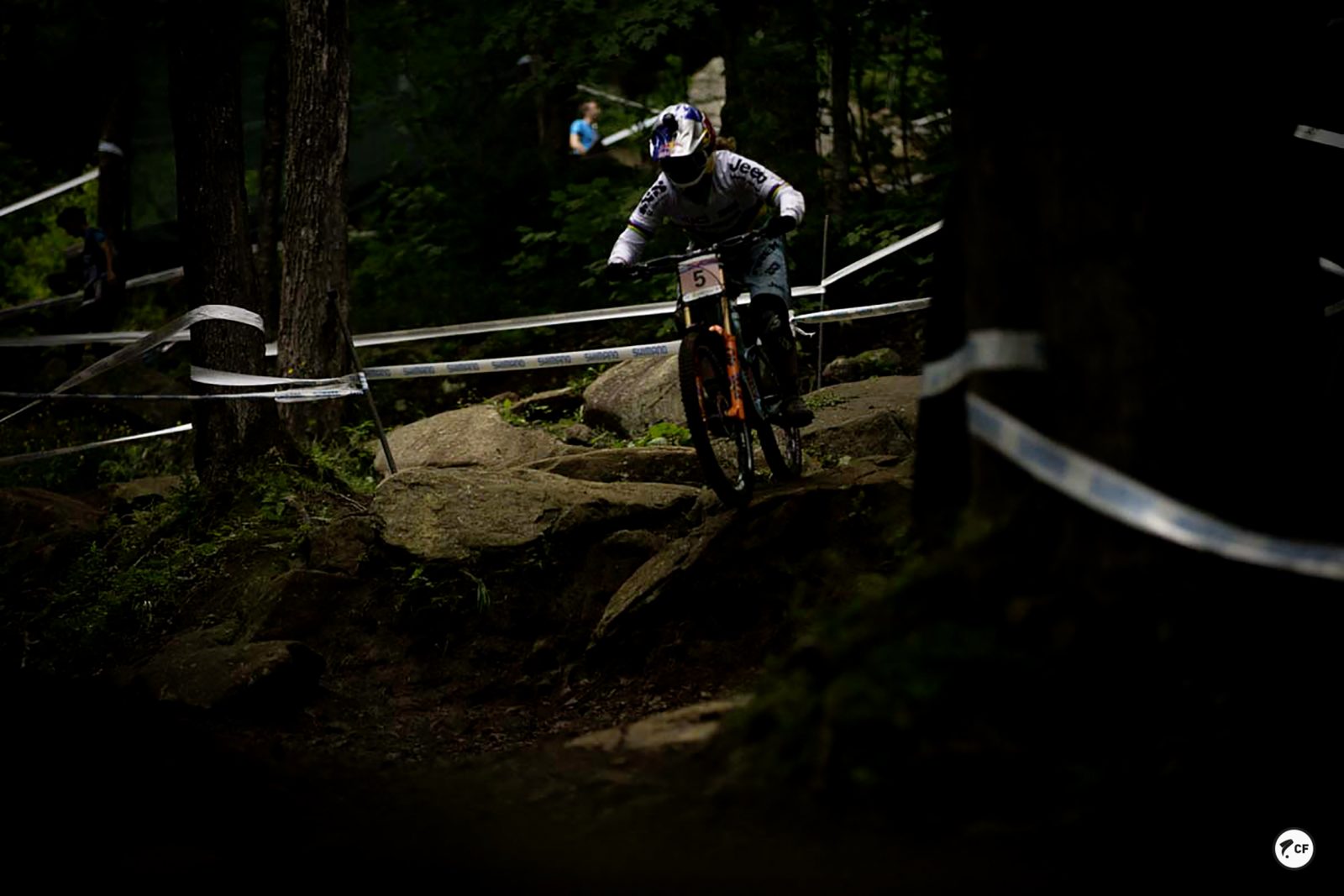 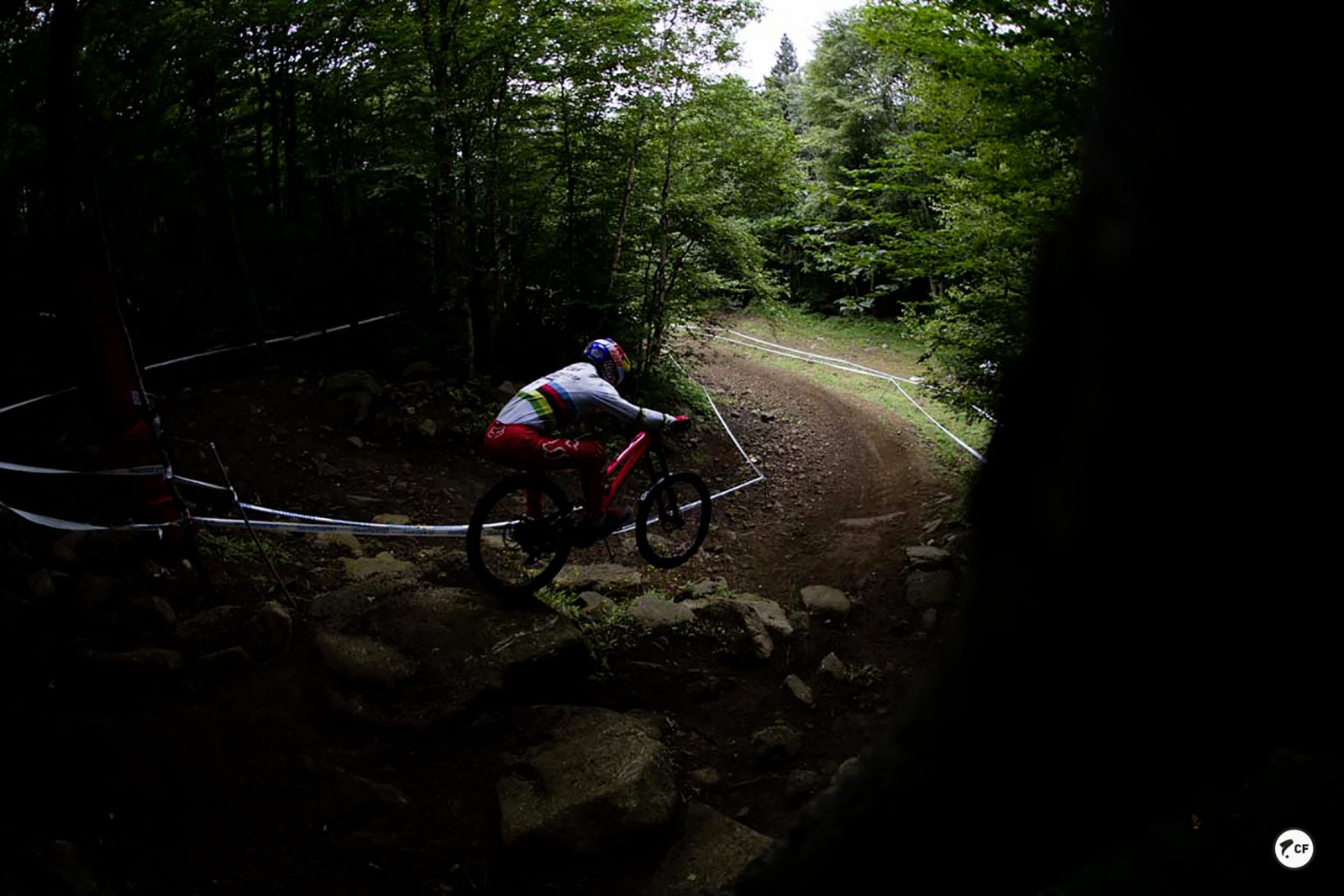 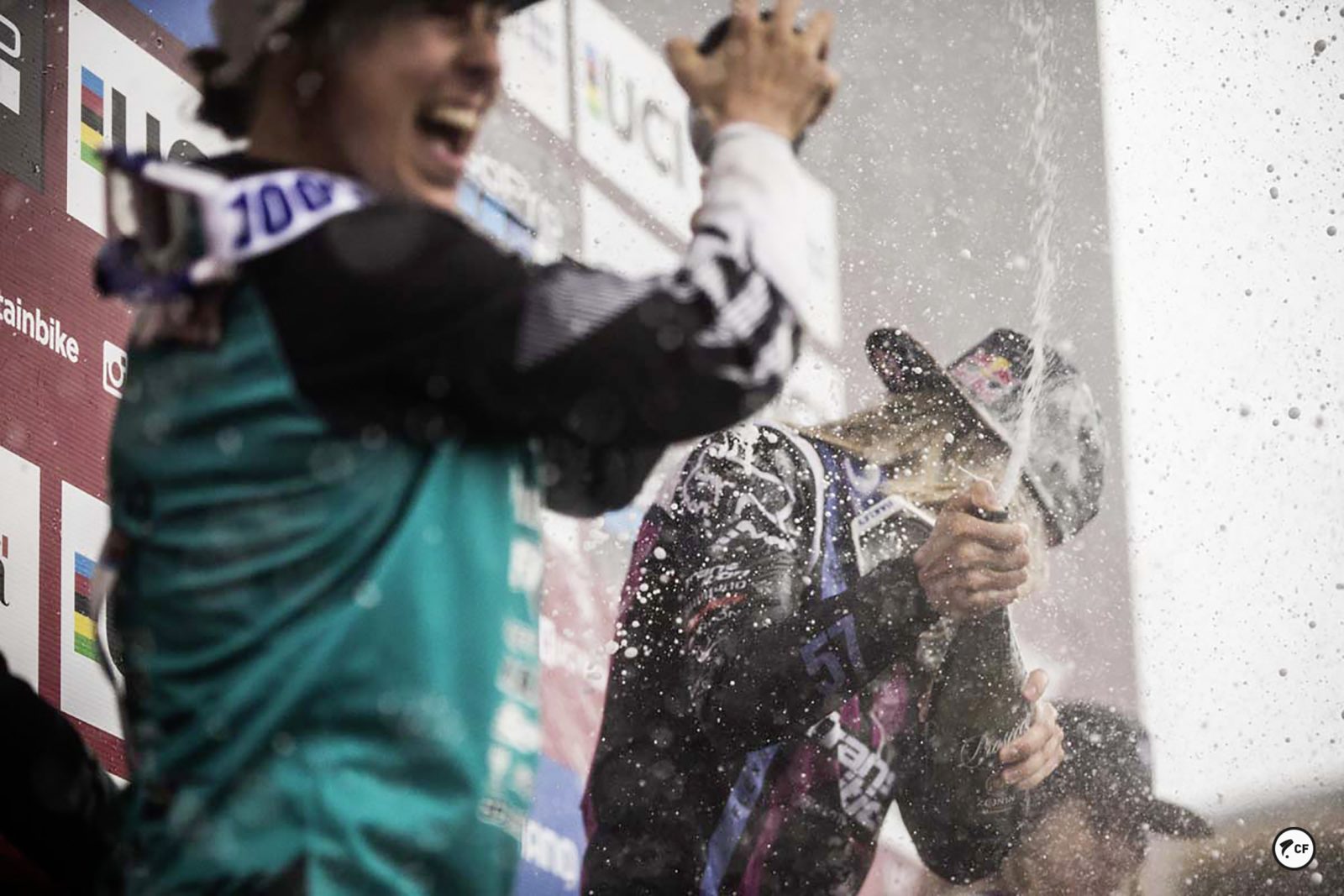 In the men’s, Finn Iles was yet again rock solid. Despite a crash in practice and a flat in qualifying, he still had the grit to take yet another win. 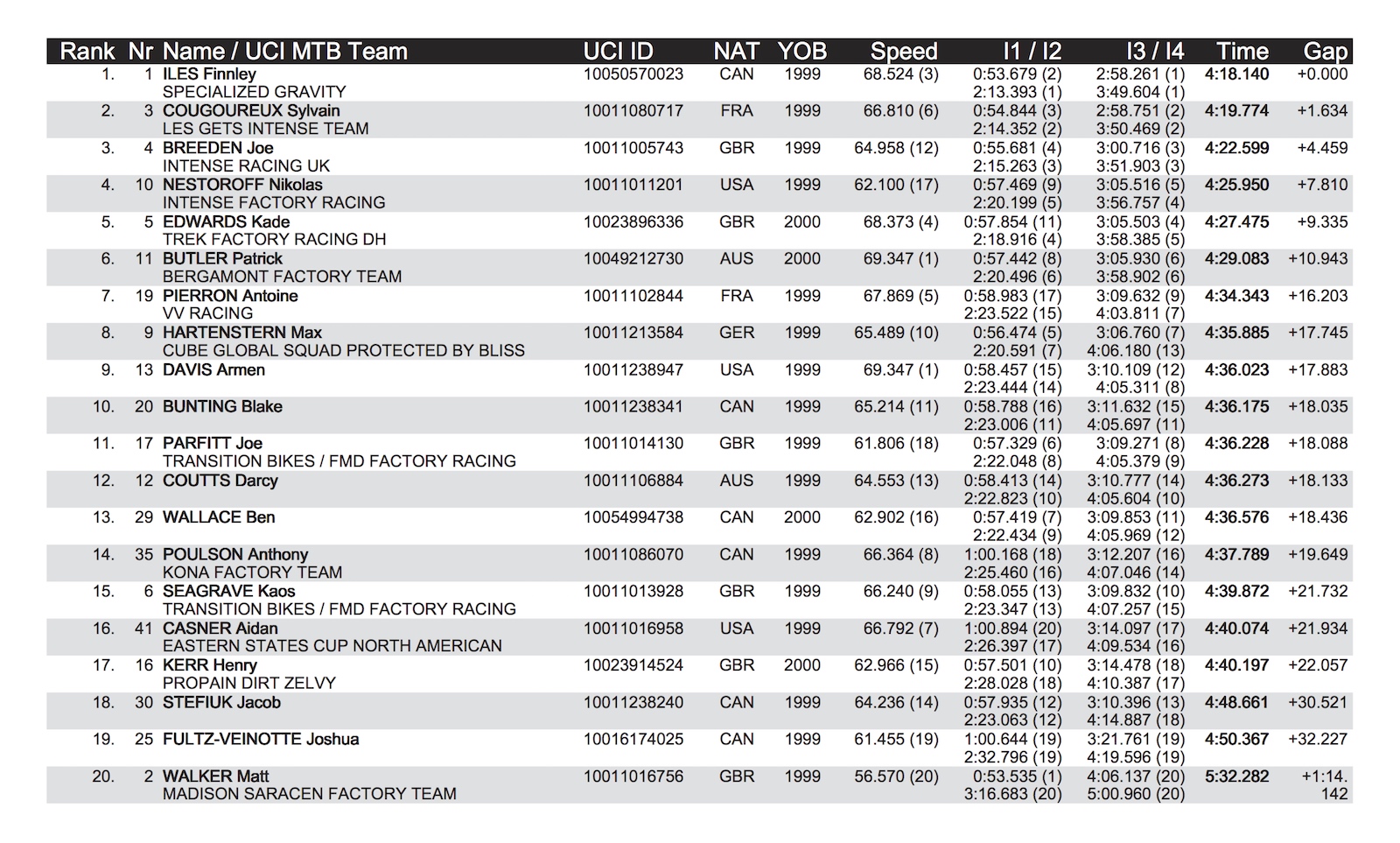 [Video] Rachel Atherton: save of the year?