The race marks Round 6 of the Enduro World Series and brings 300 riders together for one of, if not the best, enduro race of the professional enduro racing season. Dubbed “Crankzilla” in 2014 for the gruelling, if spectacular, peak and valley course, this year’s five-stage downhill super-feast was every bit the race a Whistler enduro is expected to be: rough, raw, dirty and undeniably epic. 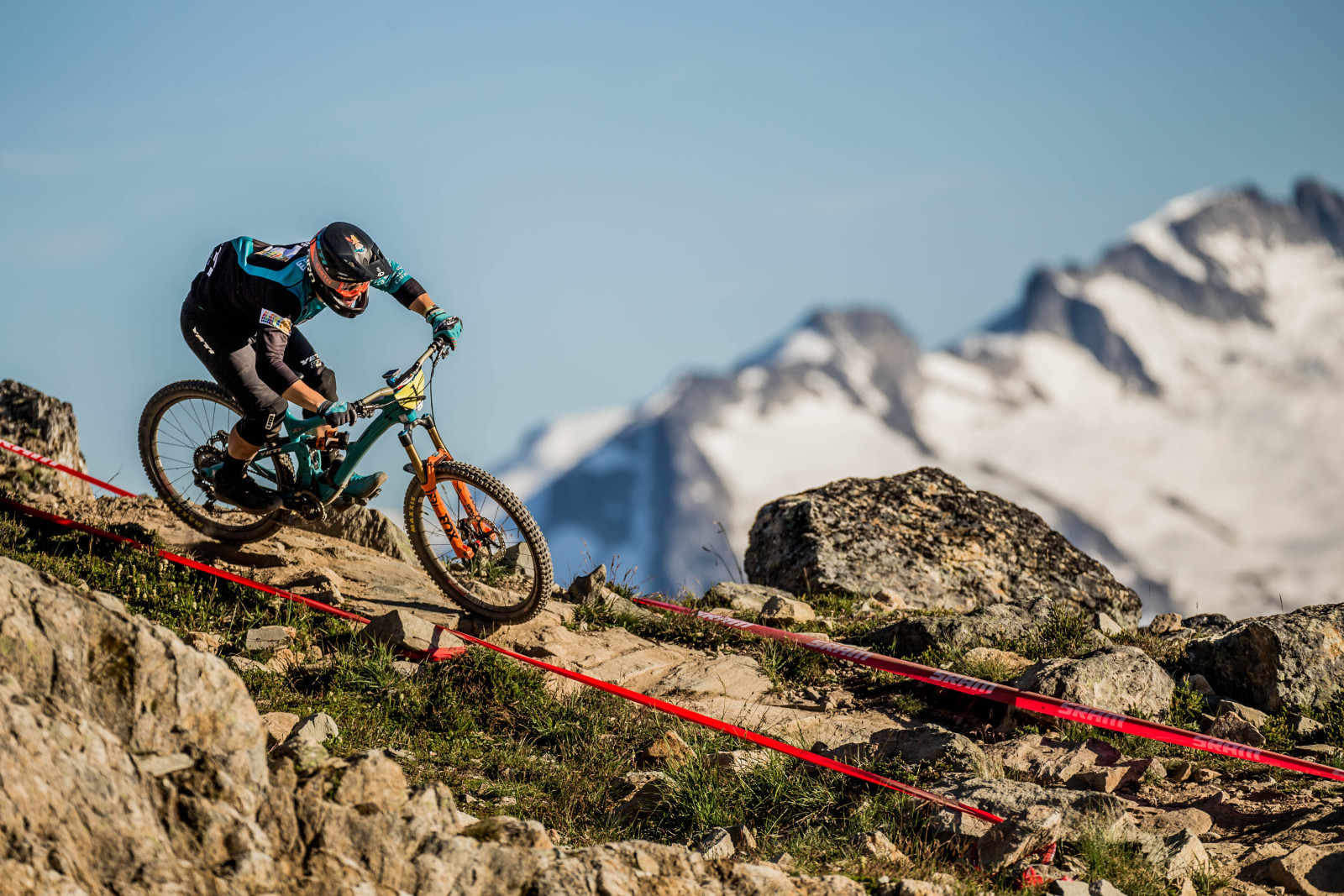 “I thought I was going well and I almost thought it was kind of over, then I just clipped my tire coming down,” said Rude who crashed on the second stage of the race on a dry loose portion of the course, which took out several top riders.

Enduro racing sees the athletes pedal, and at times ride, a few gondolas up to the start of what’s known as a Stage for a downhill race on a course only revealed to the competitors in the last week before the race. The times riders earn for all of the stages, or downhill races, are totalled to establish the rider’s time, with the fastest at the end of the day taking the title.

Rude’s epic fourth win of the six-round Enduro World Series season puts him well in contention to take the overall title for the year; although, his performance could not take the shine off the Whistler’s hero, Melamed.

The crowd roared as the 23-year-old up-and-comer dove straight for his mother, after dumping his bike in the finish corral at the base of the Whistler Mountain Bike Park.

“She’s been there, everywhere–hockey, racing. She’s driven me everywhere, and just to be in front of her, racing, I can’t ask for much more.

“Every time I can get lose in front of her, it sets me straight,” said Melamed.

Melamed is currently 19th in the EWS rankings, to Rude’s first position, but to hear the crowd it could very well have been the opposite way around.

“I’m pretty happy to be home now for a couple of weeks. I love Whistler, this is my home, and I’m sure it’s fine by my parents. I’ll go back to the next couple of races in France and Italy and just see how I do, but I’m happy to be home,” he said. 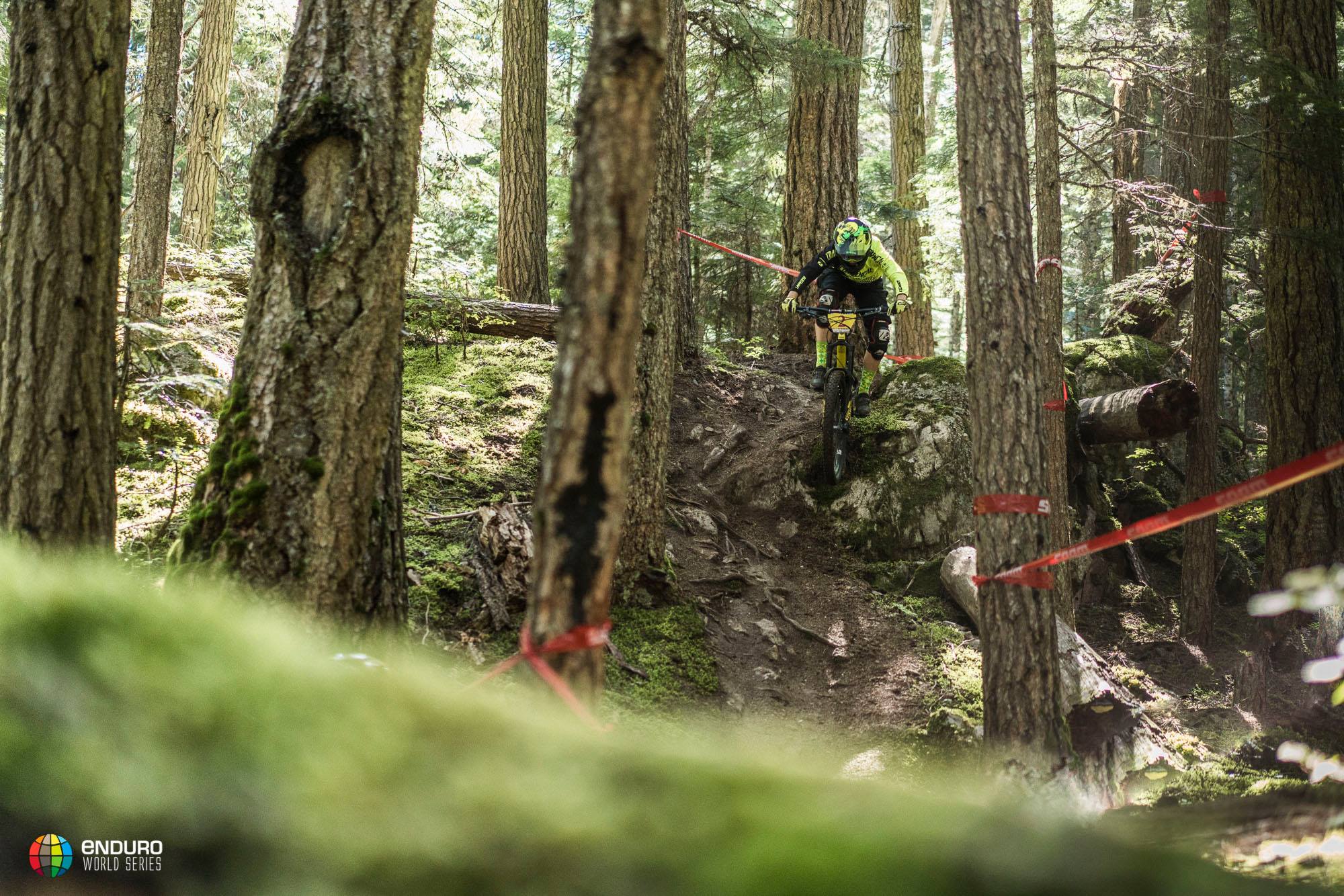 Meanwhile, the French absolutely dominated the women’s field with Cecile Ravanel taking Isabeau Courdurier, placing them in first and second for the race, the same positions hold in the EWS Rankings overall.

“I peeled off where I could push. I wanted no regrets,” Ravanel said of her fifth and final stage. “This is the best course for an enduro rider and I’m very happy I won.”

For her part, Courdurier fought for her finish, after joining the long line of flats and crashes on Stage 2 with a flat, due to low tire pressure. By the final stage of the race she was feeling long day, which started for her at 11:30 a.m., and didn’t finish until closer to 6:30 p.m.