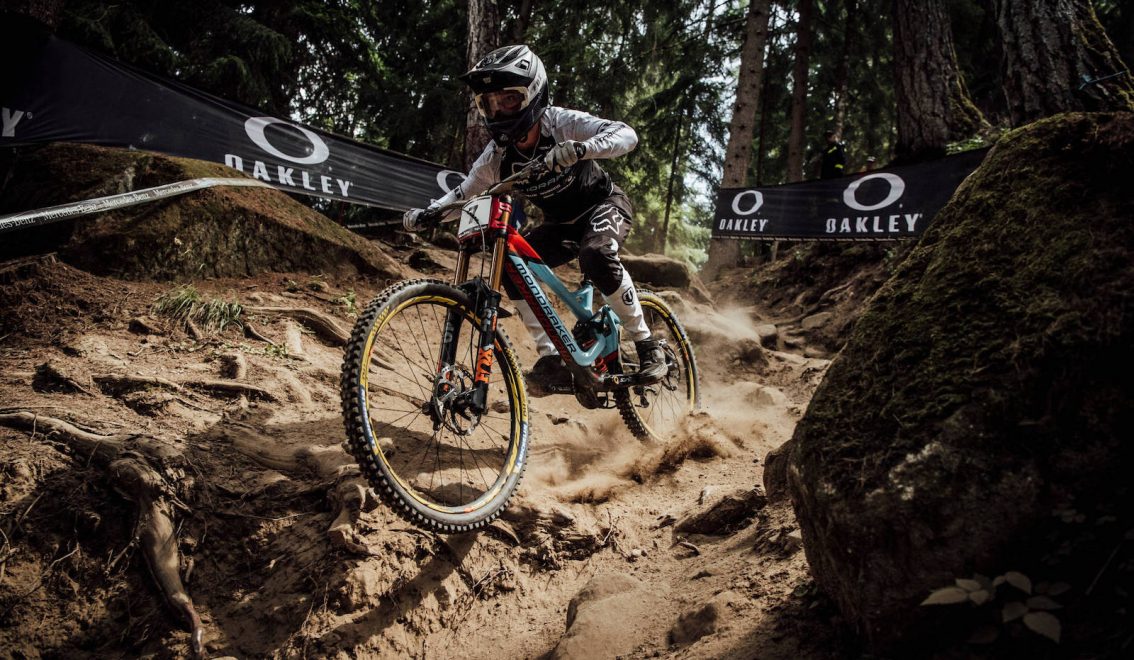 A hot summer sun accompanied the finals of the sixth UCI DH World Cup race in Val di Sole, completely changing the picture compared to yesterday’s qualifications that was rainy madness. A race full of twists with different top riders who have continuously raised the pace of the competition until the descent of Laurie Greenland who dropped to a level so superior to others  it was reminiscent of Sam Hill right here in Val di Sole at Worlds of 2008. 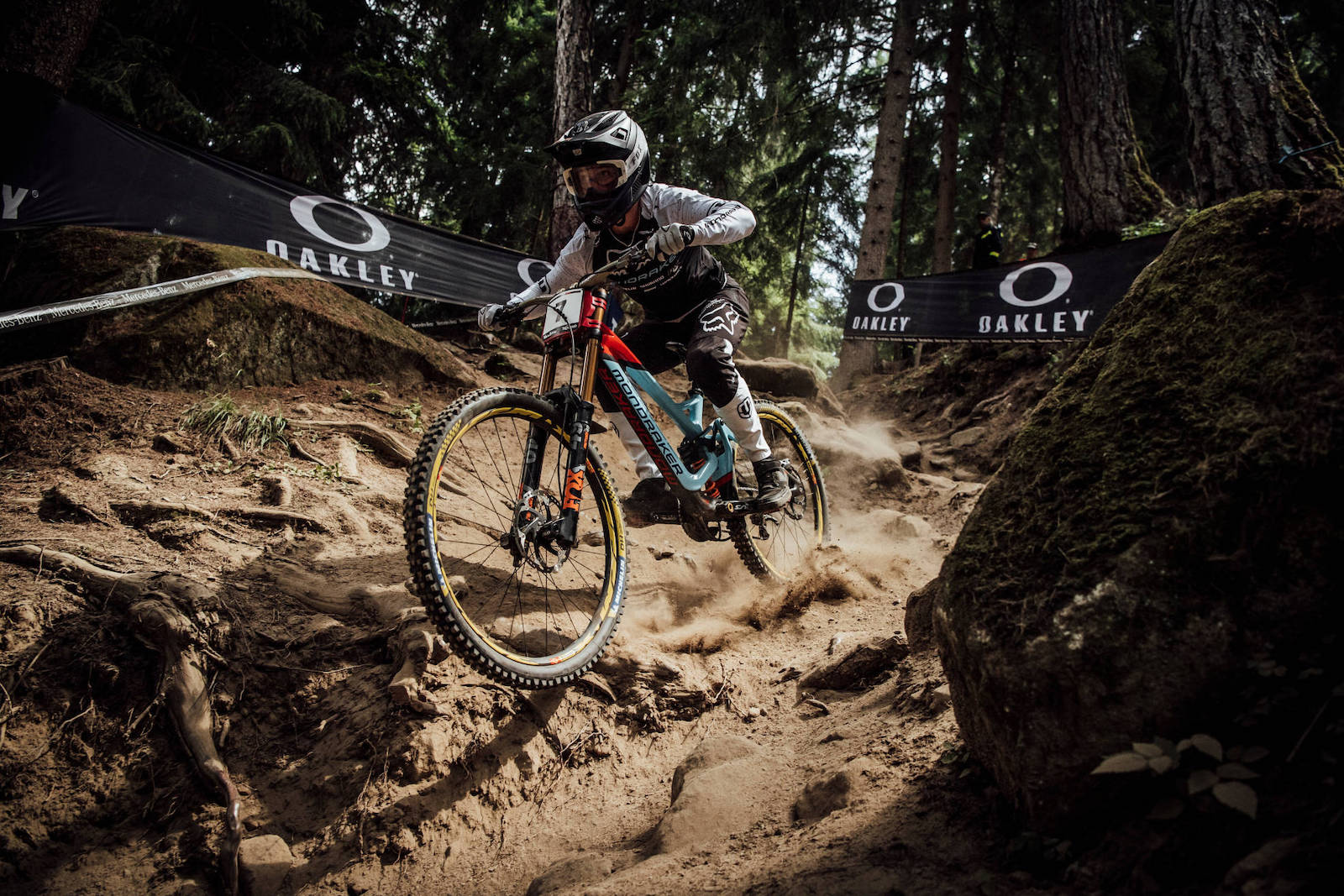 Greenland takes home his first ever World Cup victory crowning his excellent growth over these last two seasons and breaking the French domination. 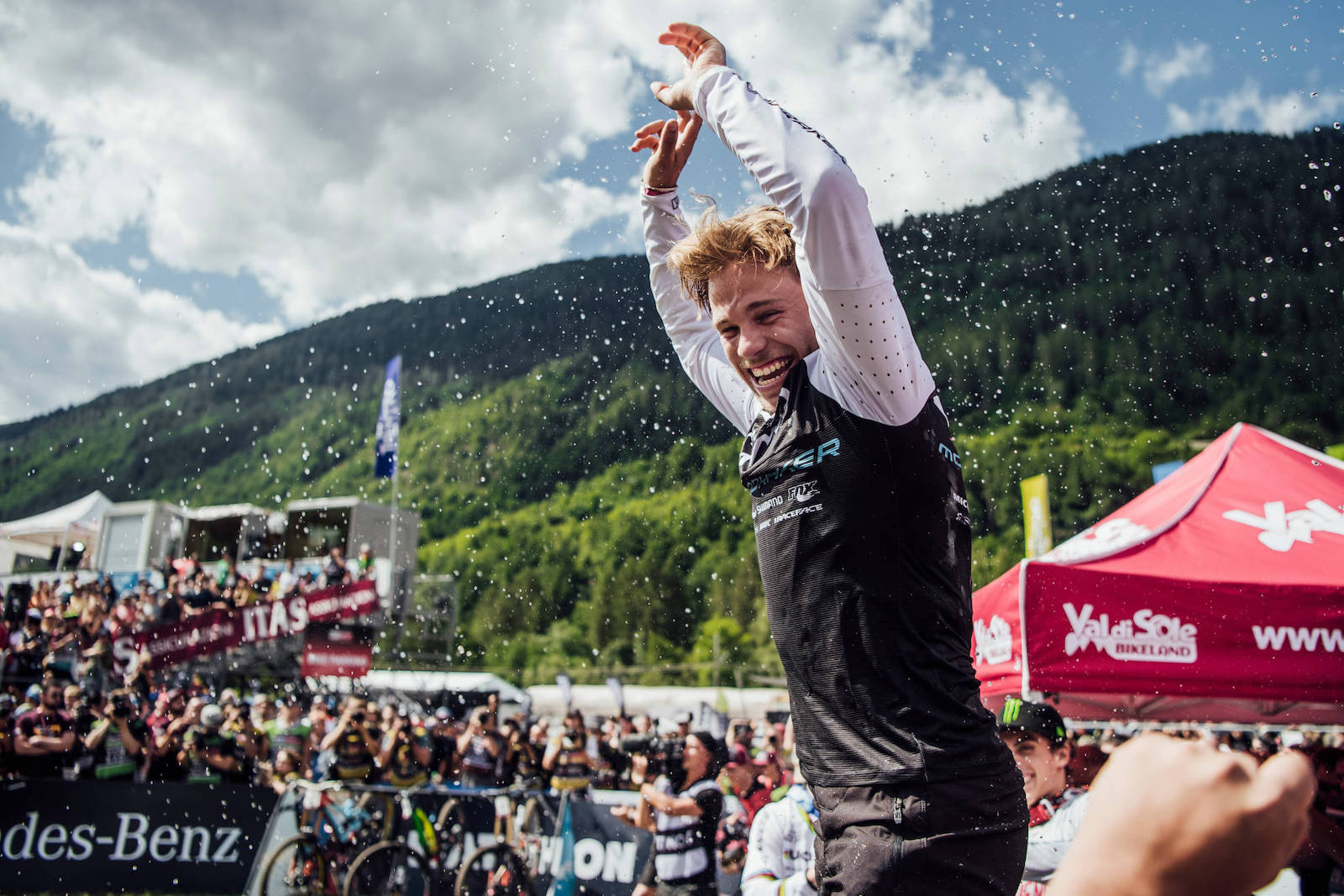 Second place for Loïc Bruni, fit and focused, he faced the Black Snake with speed, clean riding and a constant pace. The world champion therefore remains at the top of the overall ranking. 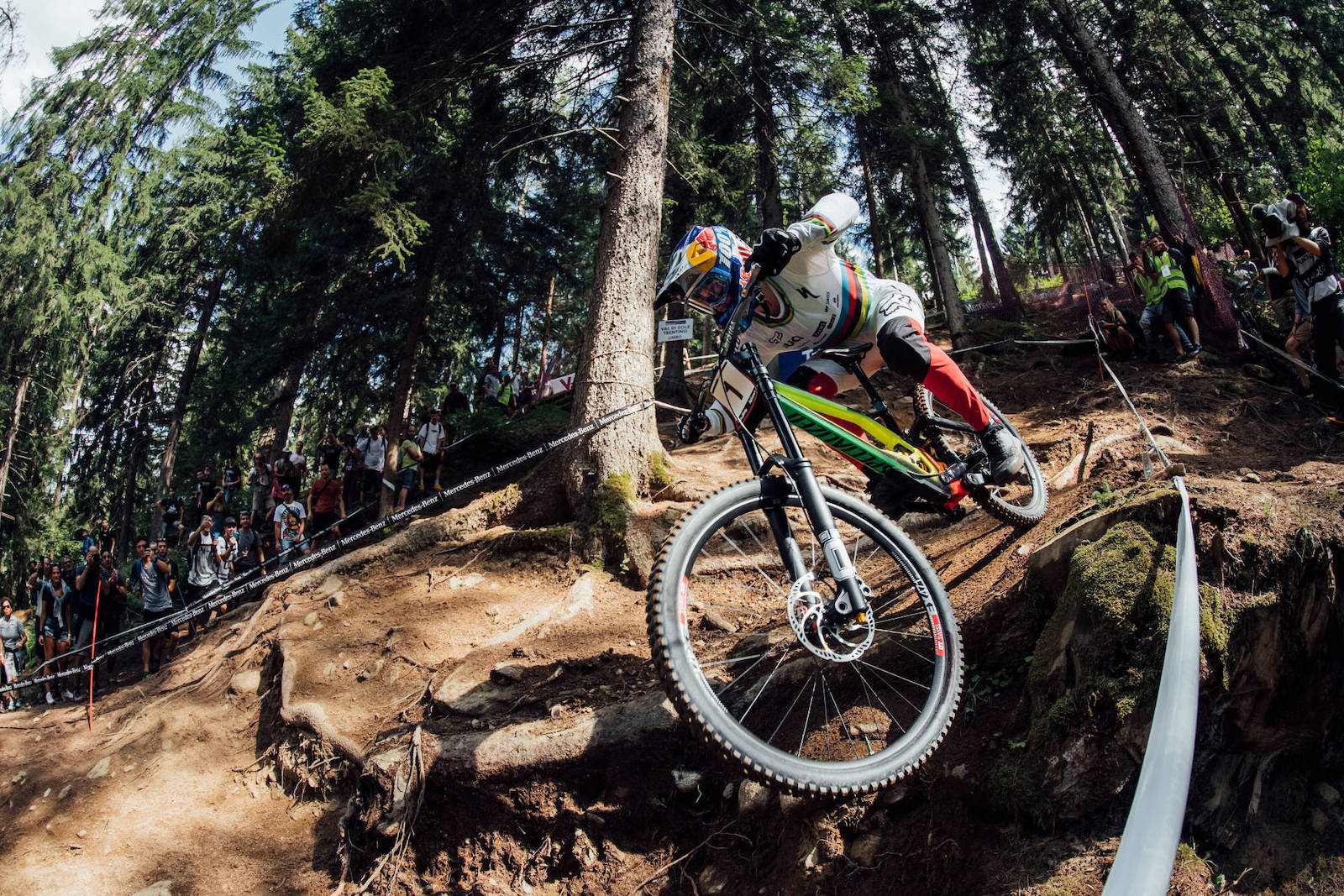 Loris Vergier sent his wheels down some truly aggressive lines and showed all his determination with a spectacular run, closing out in third place. 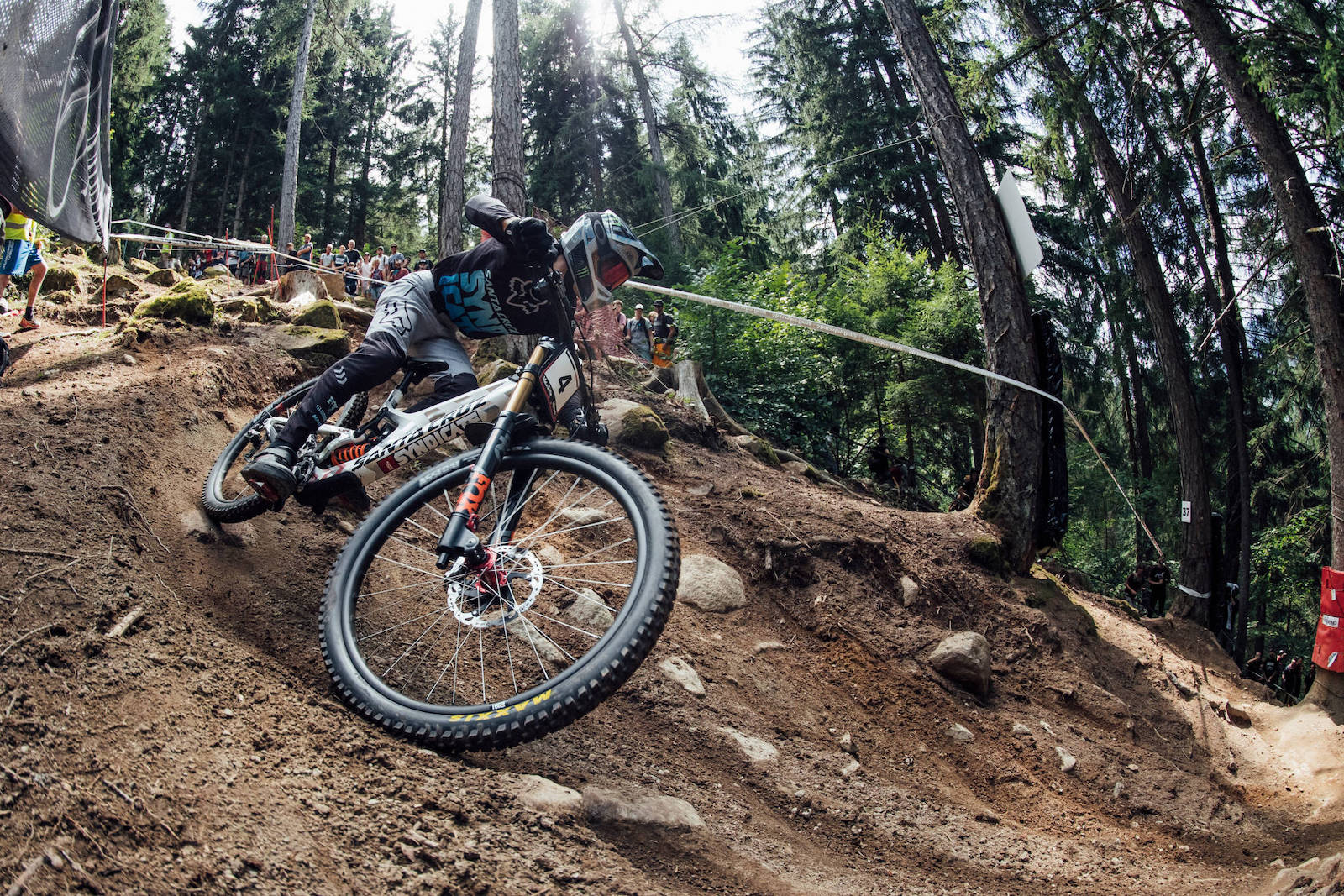 Amaury Pierron lacked all of the aggressiveness which he has accustomed us in these last two seasons and finished in fourth position. 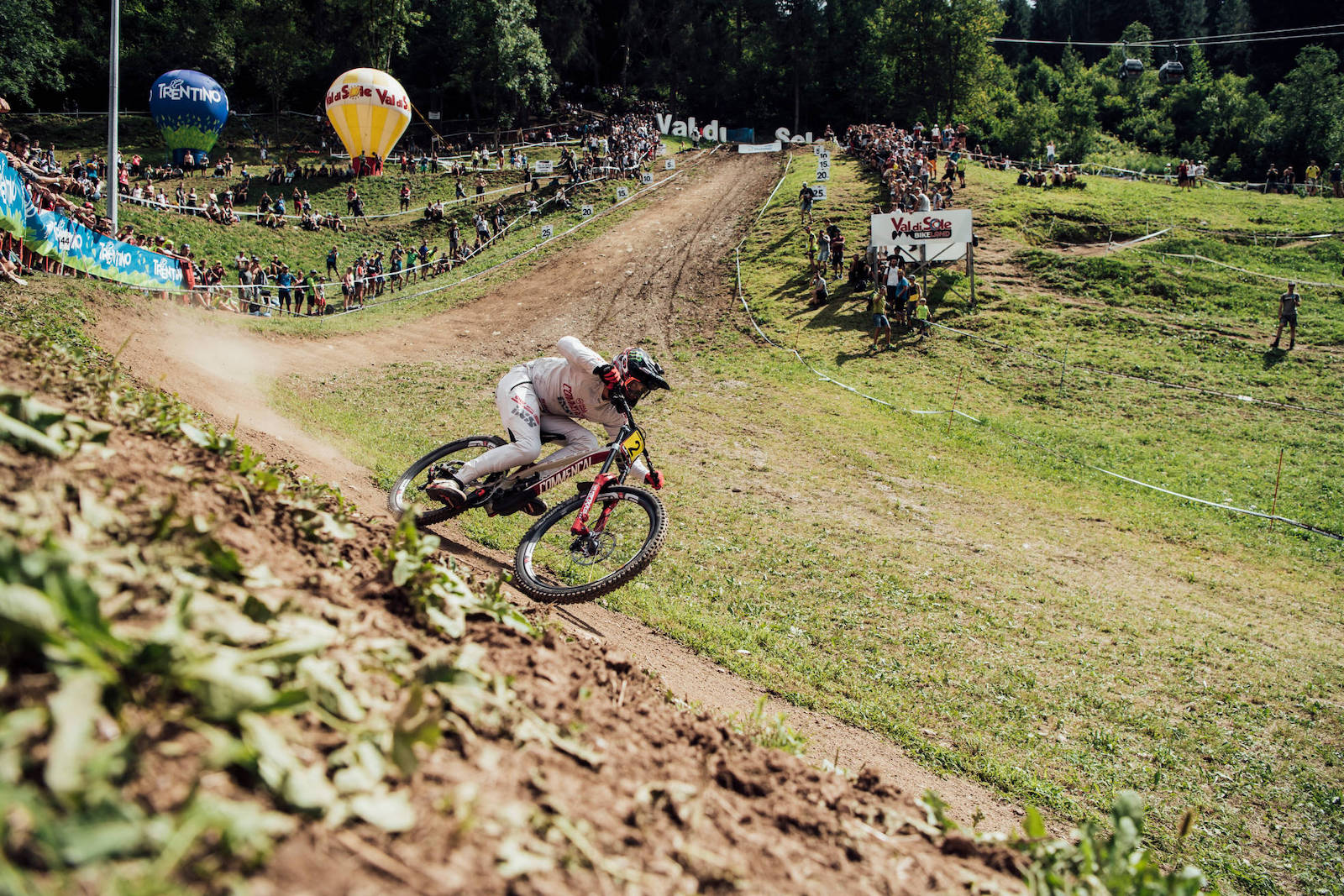 A puncture in the final part of the track slowed Danny Hart where he was ahead of Bruni, making him finish in fifth place. An excellent performance by David Trummer, sixth, the first to really raise the level. Greg Minnaar also remained off the podium finishing in seventh place due to a crash while he was ahead of Vergier. Davide Palazzari has brought the Italian flag to the highest position for many years, taking 12th place in front of the home crowd. Behind him in 13th position was his fellow countryman Johannes Von Klebelsberg, again in the top 15 after the WC # 5 of Vallnord. Strong showing for the home team! Nice to see a great result for two Italians in the top 15 in an Italian race, on one of the most physical and complex tracks of the season. Congratulations to both of them and congratulations also to Simone Medici, who closed it out 60th on the track that a few years ago saw him as the victim of a heavy injury. In the women’s field, Marine Cabirou, who has improved exponentially since last season, scored an incredible run that took her to the top of the podium with the remarkable advantage of over 11 seconds, thus winning her first World Cup. Tracey Hannah, visibly tense before leaving, rode in a rather conservative way, hardly getting to second position. European champion Camille Balanche, with a good run but above all not falling, landed in third place. Fourth place for Veronika Widmann who, violently hit her stomach against the saddle while she was ahead at the halfway point, concluded the race anyway and recovering a great deal of the time lost in the fall. Emilie Siegenthaler made no mistakes and landed herself in fifth place. Women’s podium is looking quite a bit different these days….

The cards were also shuffled in the Junior male category where the ruler of the 2019 season, Frenchman Thibaut Daprela, failed to do better than 12th place, but still retains his leadership of the overall standings. The victory goes to the kiwi Tuhoto-Ariki Pene, followed by the Slovenian Zak Gomilscek and Kye A’Hern, the only rider belonging to a factory team in the first 8 places of the ranking.

In the Junior female category the growth of the Norwegian Mille Johnset has finally paid off and after having reduced the enormous gap that the leader of the points race Valentina Höll set at the beginning of the season to a few seconds. Here in Val di Sole she has overcome the Austrian, winning with over one second advantage. Third place was almost 30 seconds back for Anna Newkirk.

The UCI DH World Cup will be back on track on 10 and 11 August in Lenzerheide for the seventh round of this unpredictable 2019 season.