World Champs unfolded in a rather incredible fashion.  In men’s junior’s Finn Iles came back very strong from a rather horrific crash a few days ago to win by around 3.8 seconds dashing the hopes of yesterday’s fastest racer Gaetan Vige.  In women’s juniors, Italian racer Alessia Missiaggia took the top stop a full 11 seconds up on US racer Samantha Kingshill. 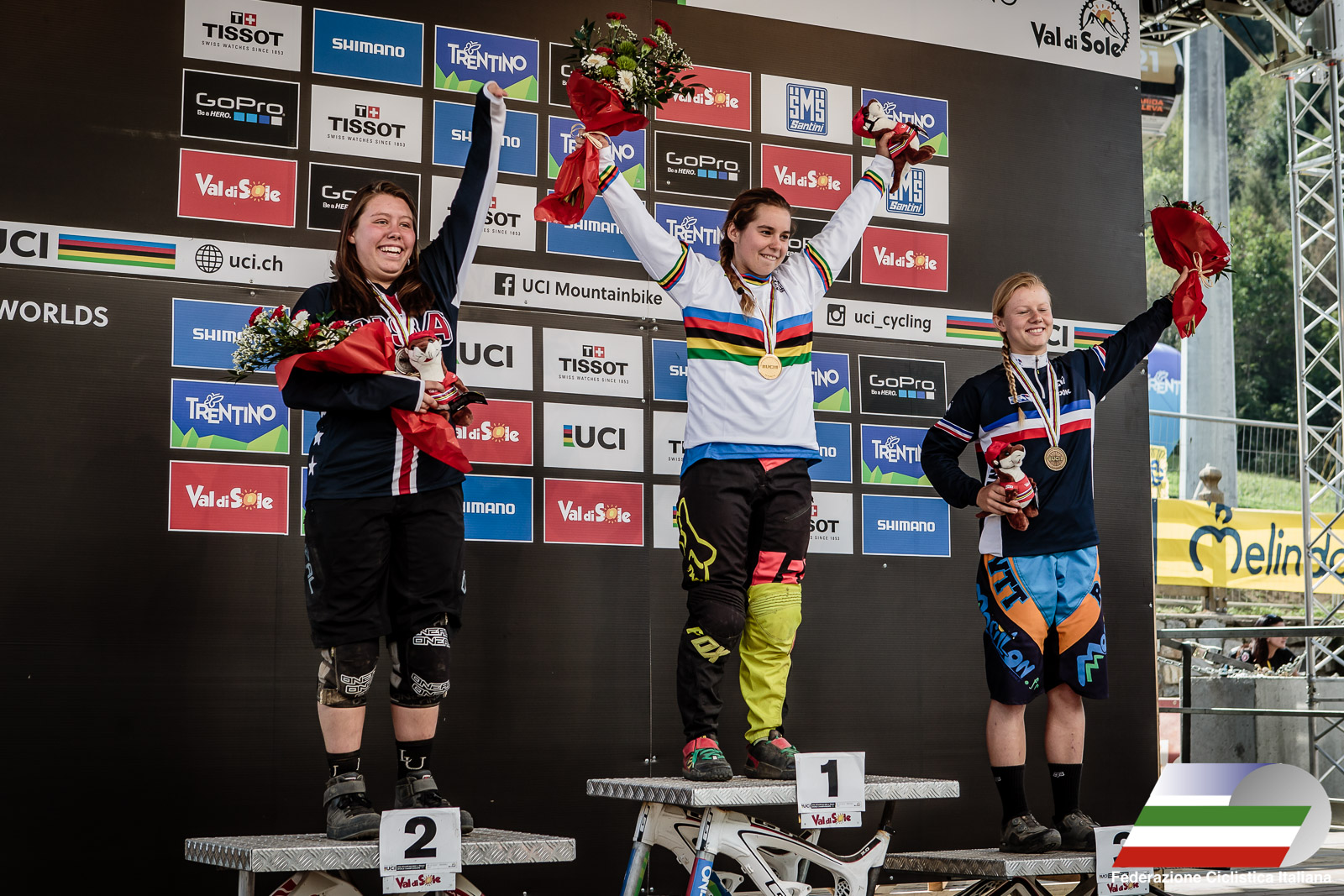 In Women’s elites, Rachel Atherton reasserted her dominance with a substantial win over Myriam Nicole by just over 3 seconds.  This makes the 14 wins in a row for Atherton.  She’s the first athlete in downhill racing to ever to not only have a perfect world cup season but also to follow it up with a world champs win.  Fierce. 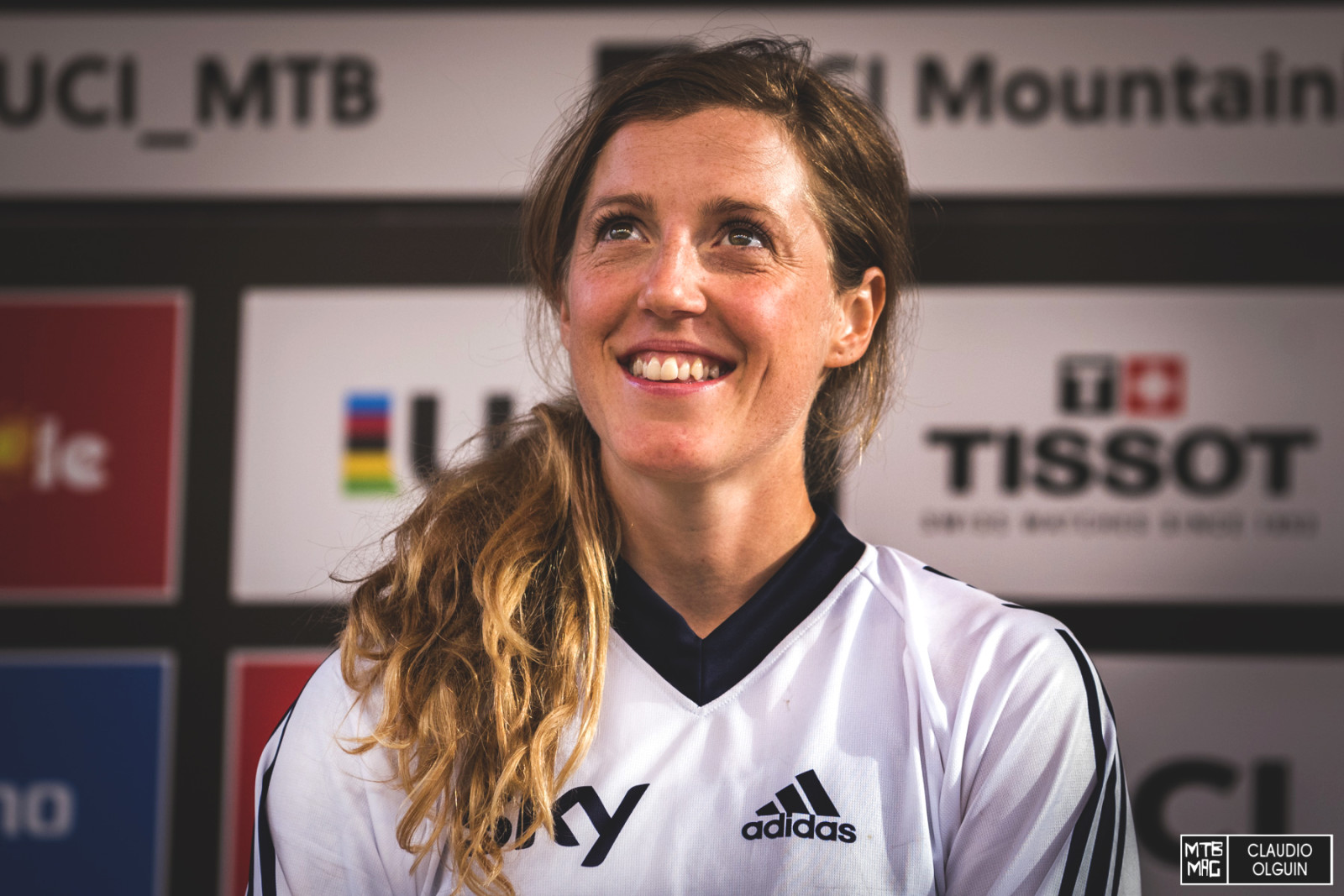 The men’s race was interesting to say the last.  Lots of crashes and mistakes as the course took it’s toll on riders.  Well, the riders also took their toll on the course making its conditions horrendous for the top elite men who would face it at the end of the day.  Massive holes and exposed rocks, pushed out berms and wacky ruts in less the ideal places all seemed to catch many a racer off guard. 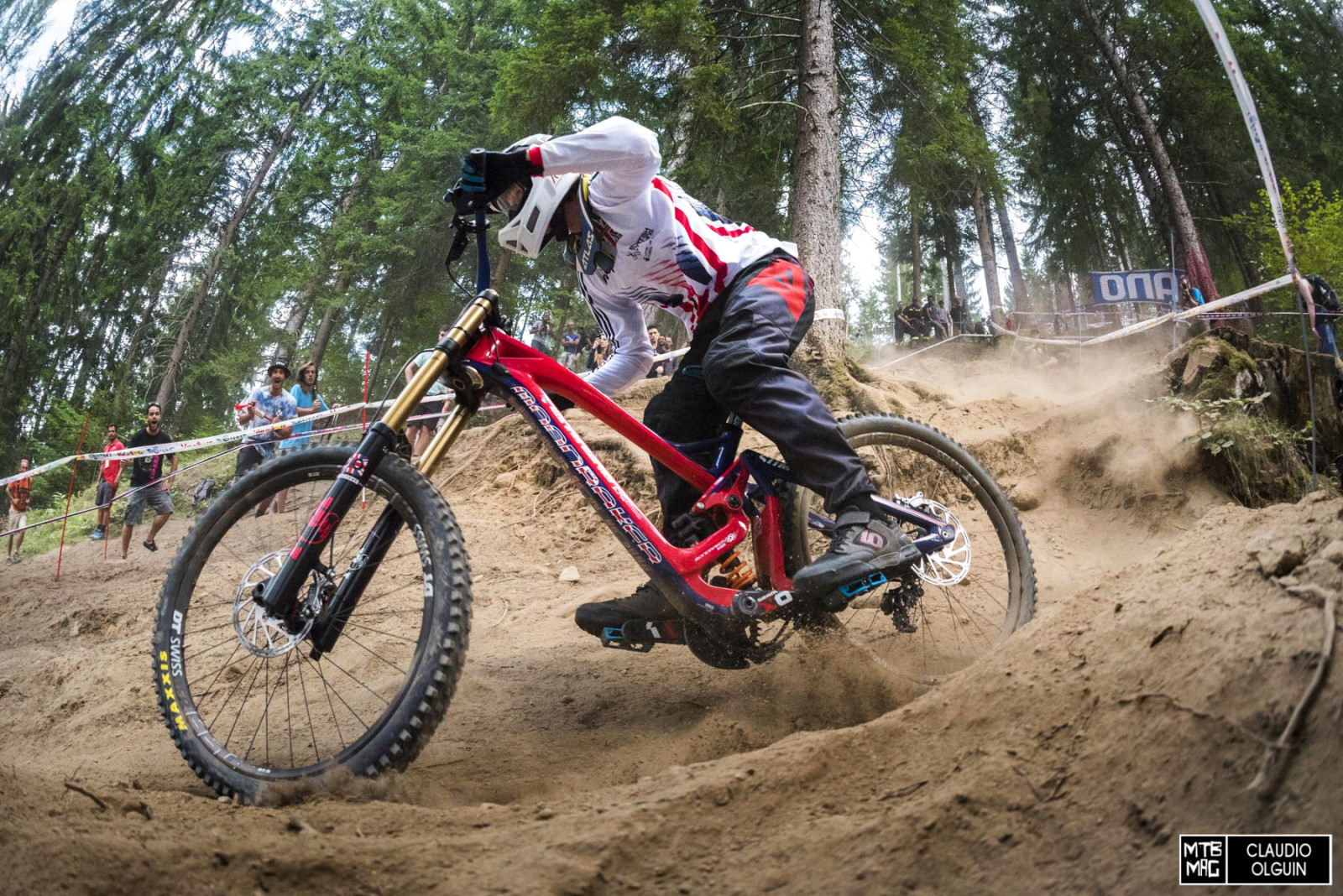 Early on Jack Moir was in the hot seat for quite some time with a brilliant run.  Eventually once we got into the top 20, last year’s junior world champ Laurie Greenland just dismantled Moir’s time with an absolutely pinned and ragged run.  He was on the limit the entire time, throwing Jack out of the hot seat with a run that was a scorching 8.5 seconds faster. As the race dug deeper and deeper into the top 20, absolute legends of the sport came short trying to best the 19 year old’s time.  The likes of Minnaar, Fearon , Thirion and more all had great, clean runs but simply couldn’t topple Laurie’s incredible run.  Loic Bruni would flat part way through a burner of a run.  Down to the top 3 with Danny Hart in the box.  Out of the gate he was electrifying…up at the first split.  Wild cornering mixed with bobbles that he simply blitzed past unfazed.  The run of a lifetime for sure at 2.9 seconds up.  It was down to Brosnan and Gwin.  Troy dropped in and while his run looks immaculate and flawless he just didn’t have the speed.  Gwin came out guns blazing on the top section of course.  Next he was shown entering the woods with air in his tire, up and over a rock drop into a hole and his tire blew off his rim.  He was later shown pointing at the track seemingly having an intense discussion with a course marshall.  Time will tell exactly what had happened, but he was down 1.5 at the first split and even with air in the tires it would’ve likely taken a miracle to topple Danny’s time.  His momentum after 3 World Cup wins in a row is simply a force of nature.  What an end to an already incredible year.  Beyond worthy of mention is Florent Payet’s 3rd place run making it a podium sweep for Mondraker.  Also huge props to Troy in 4th and Bernard Kerr in 5th place.  Well done!

Scroll to the bottom of the page for full results at the end of the gallery.