Well, unless you don’t follow downhill racing, surely you’re aware of what a tight finals race it is heading into the finals. For some time, Florent Payet held the hot seat even with a broken chain until Charlie Hatton bumped him out. Adam Brayton would storm down the hill in typical fashion shortly after. 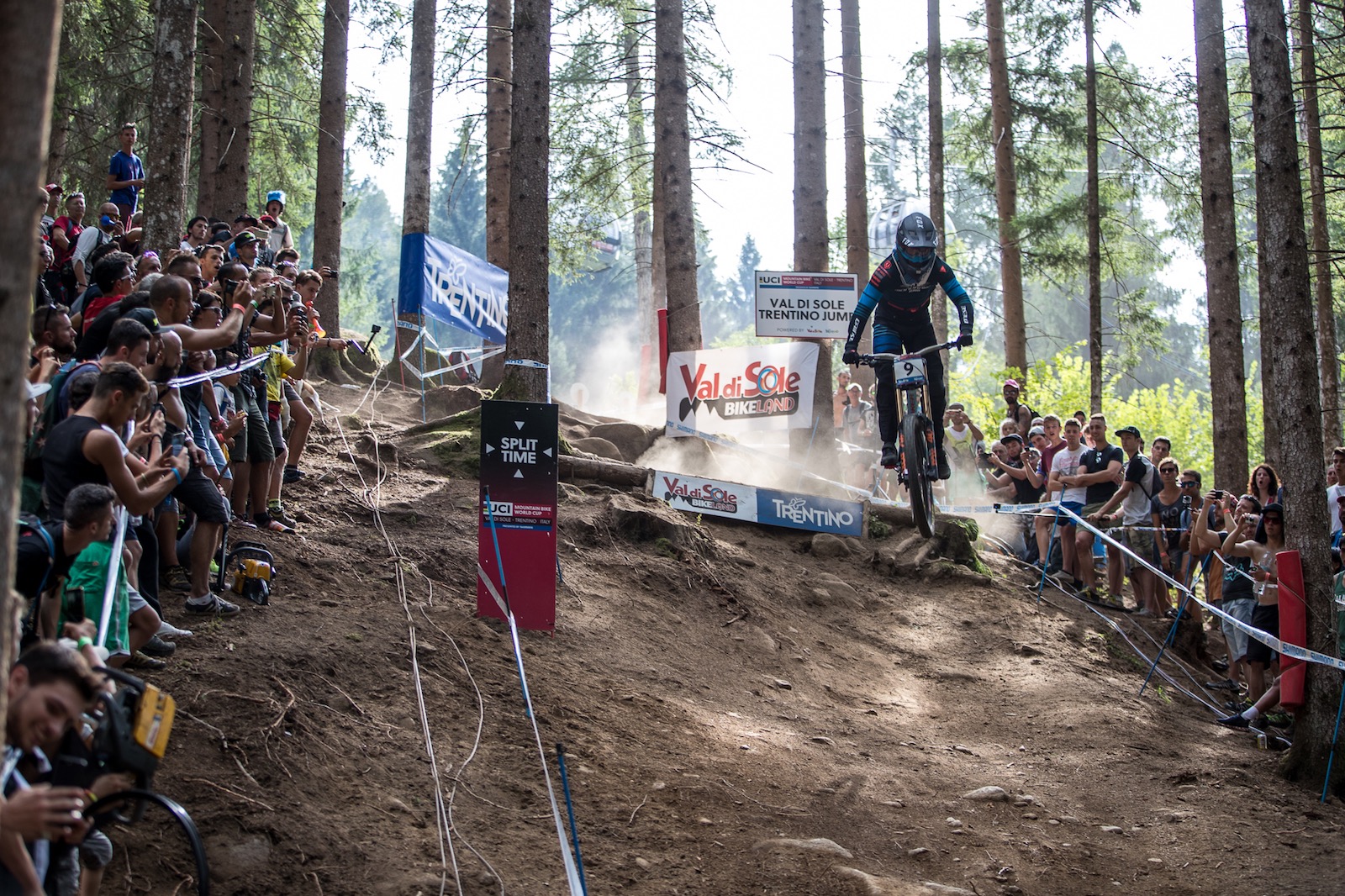 Brayton held it for a few riders until Laurie Greenland SMASHED it by 3 seconds with a time on par with Gwin’s winning qualifying time. Per usual, Blenki looked electrifying but was a few seconds back. World Champion winner on this very same track last year would start his run up at the first split, but would crash off camera and dash his chances of another win on Italian soil. 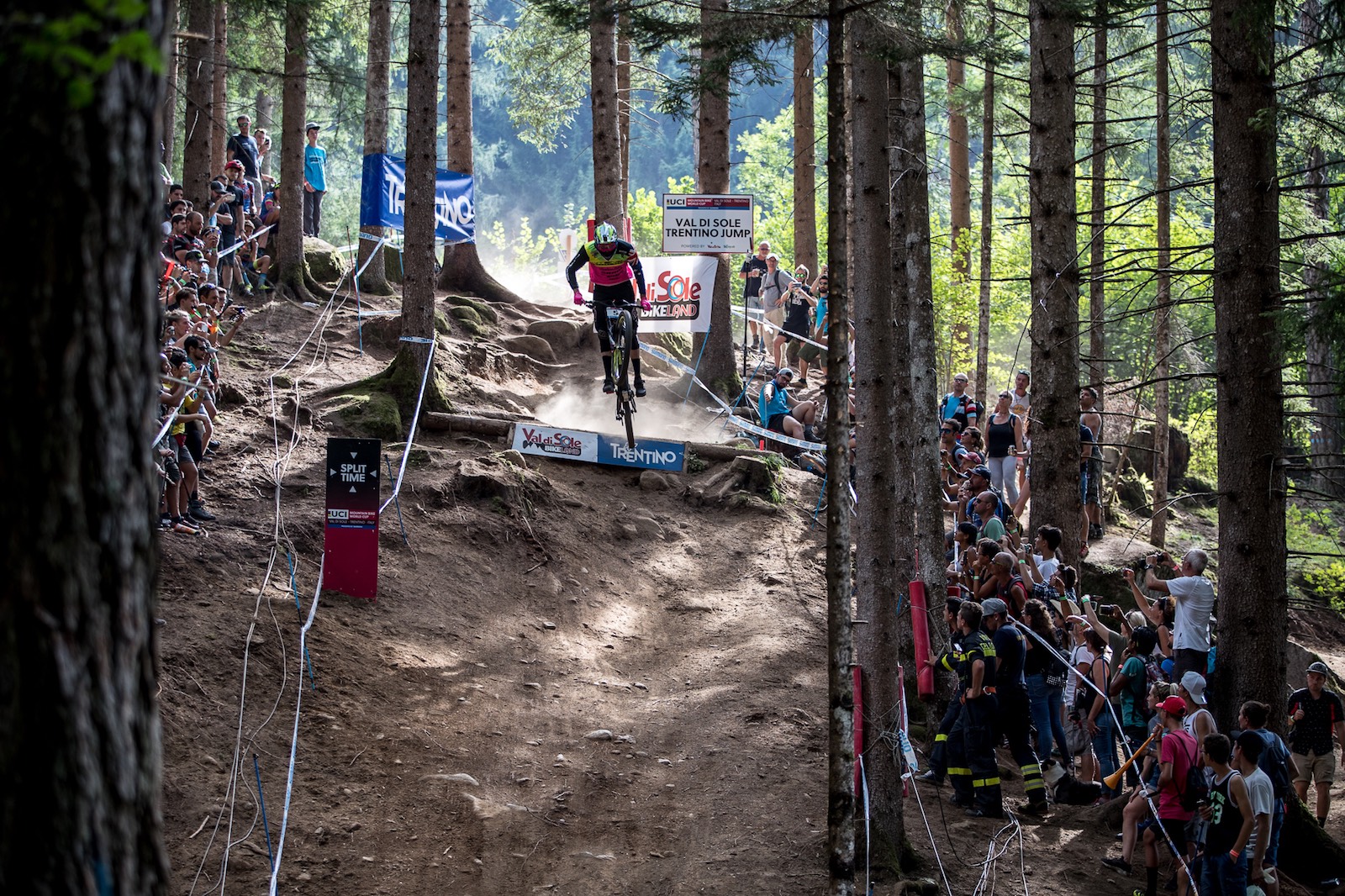 Luca Shaw would fail to top Laurie’s time. Amaury Pierron was on an absolutely barn burner of a run and would decimate Greenland’s time by 2.7 – a full 4 seconds up on Gwin’s qualifying time. Things are heating up… 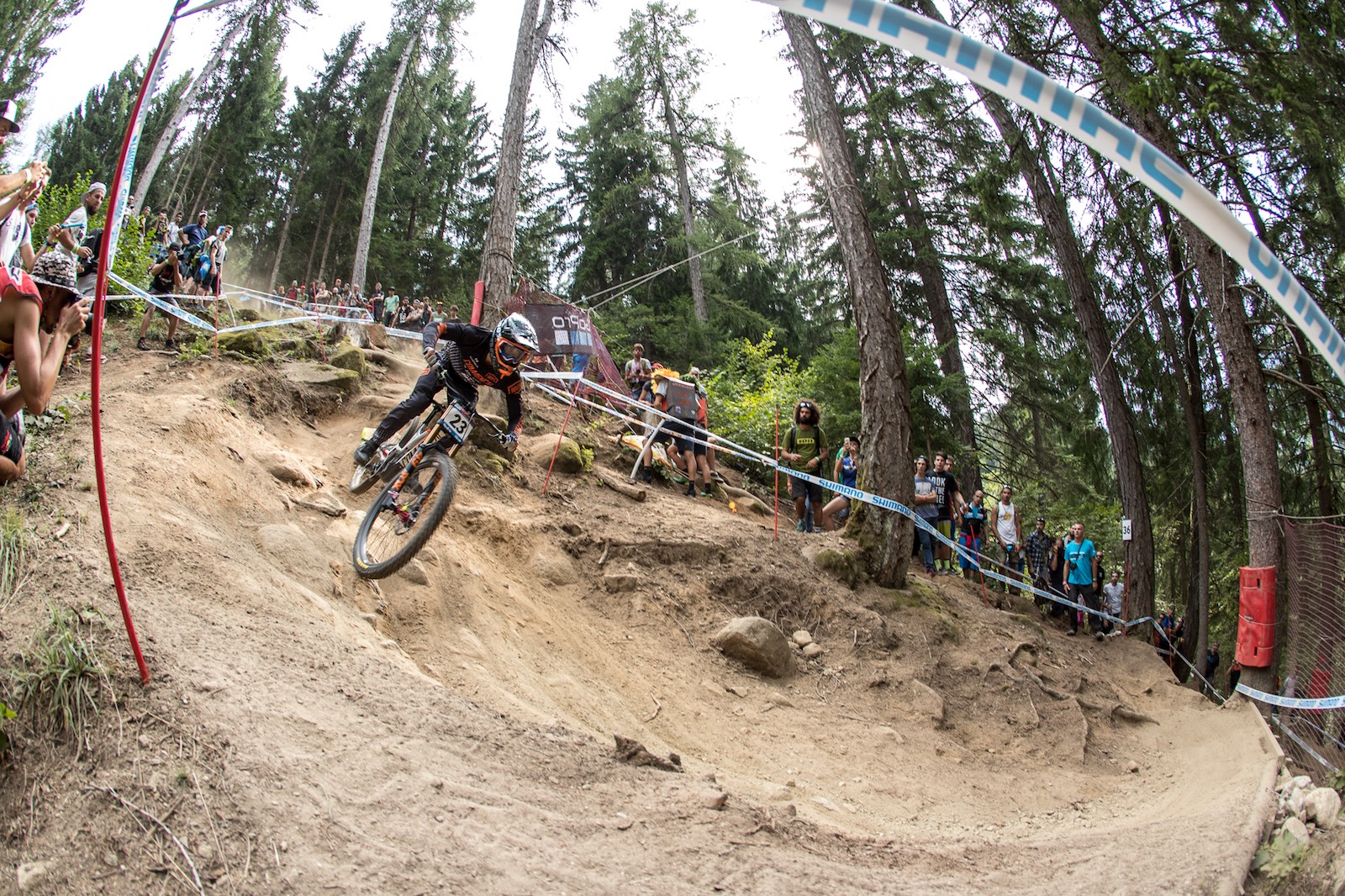 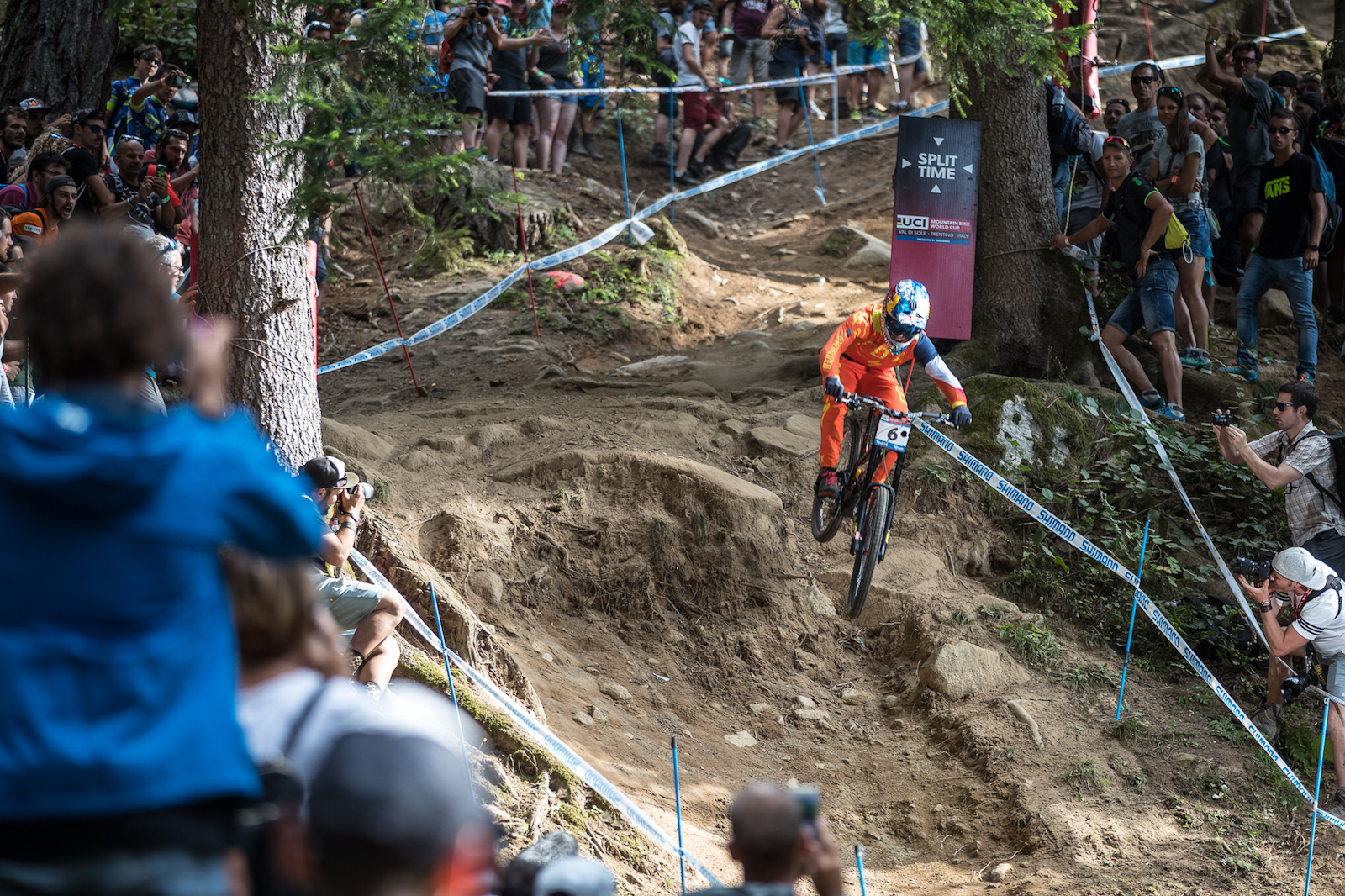 Loris would start out up on Pierron with some wild riding, but would fail to topple him. The same would happen with Brosnan but with slightly more conservative riding. Loic Bruni Would be just off by just over half a second – a testament to Pierron’s incredible run, guaranteeing him a podium. 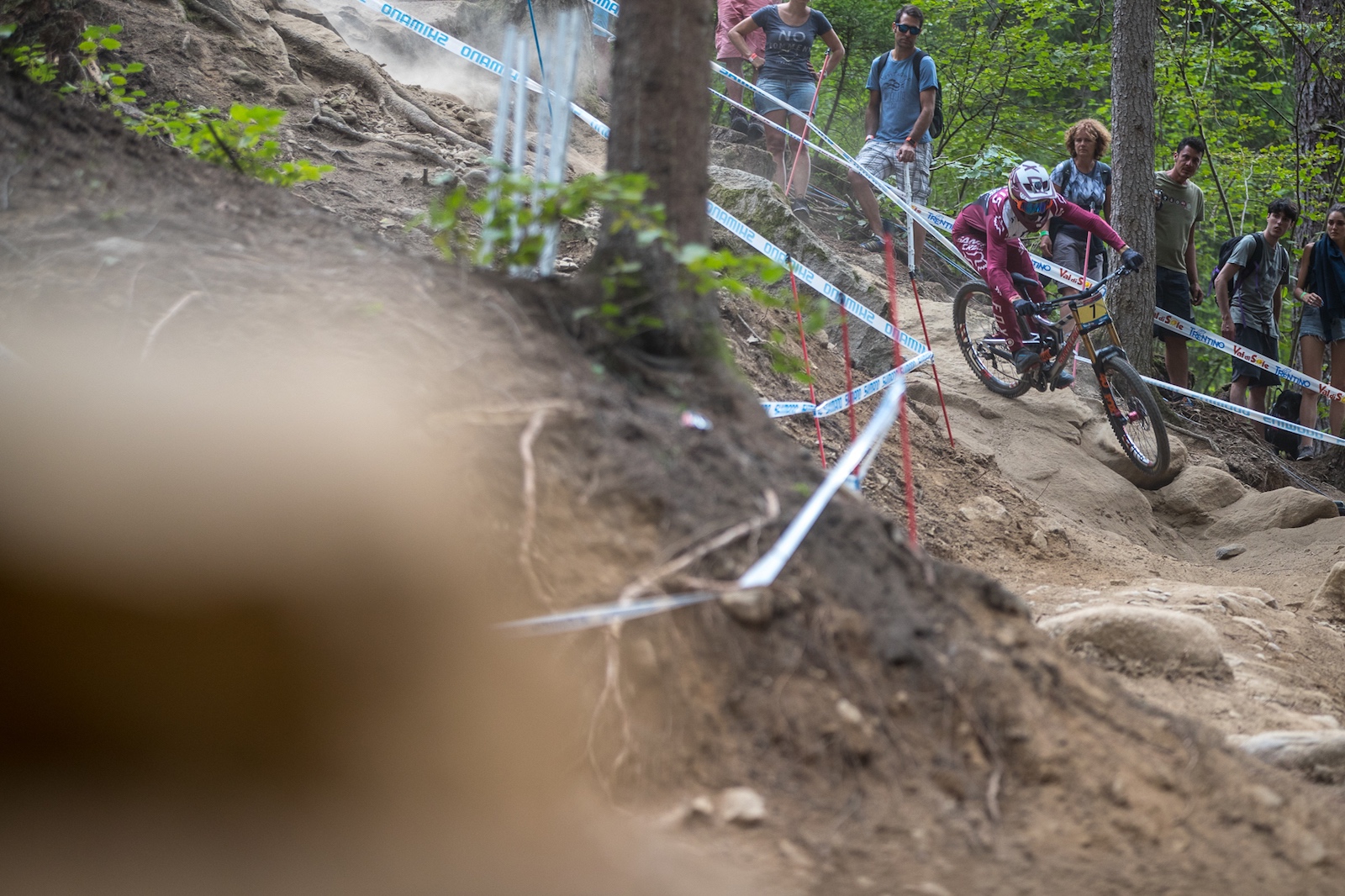 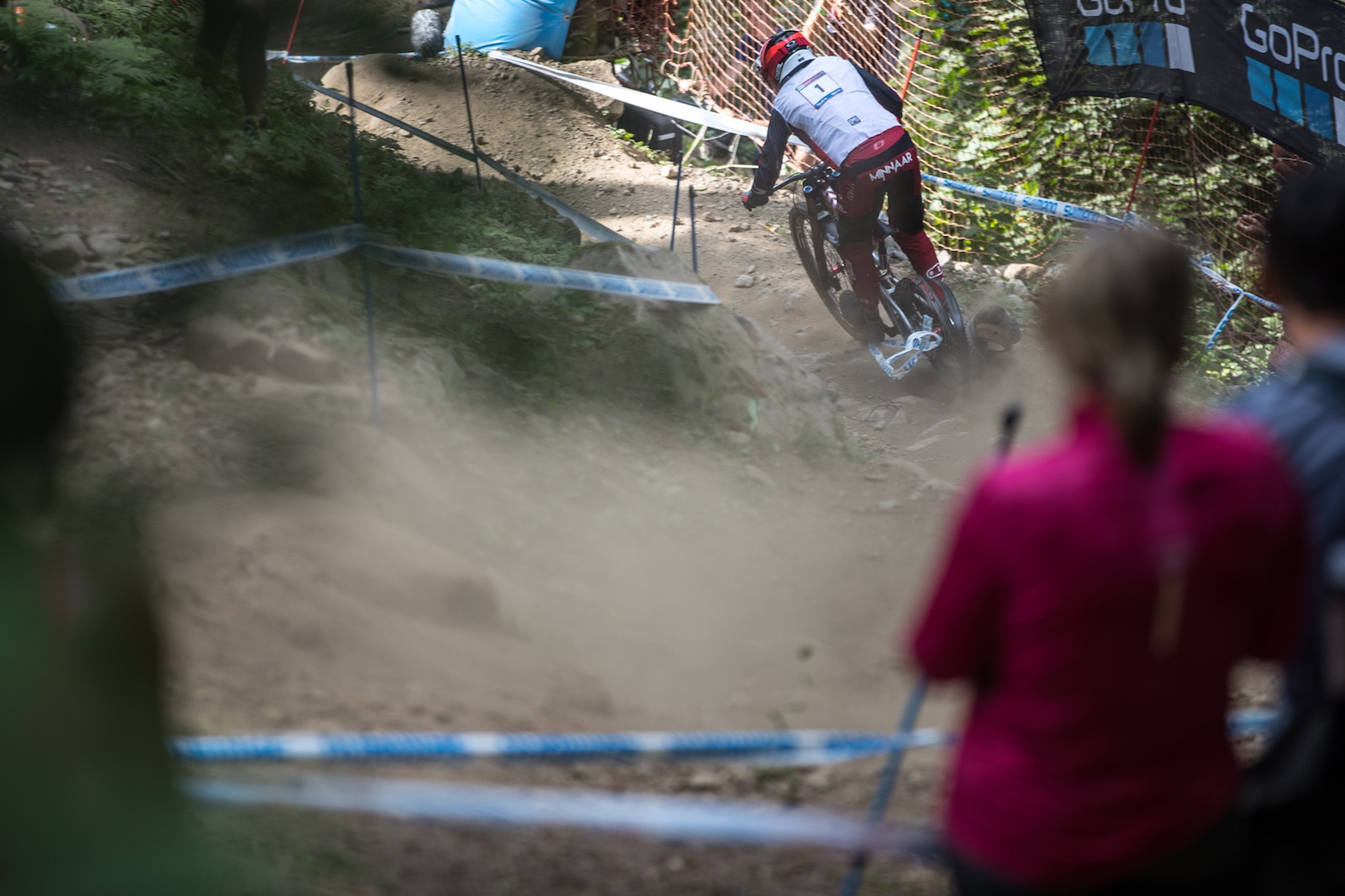 Minnaar’s season would end on seriously unfortunate terms. His race run would start well, up at the first split but he would flat and shred his back wheel to pieces, having to walk his bike across the line. Needless to say, it was not the battle that we had all hoped for. Unsurprisingly, Gwin would smash his run and take the win with a clean run, beating Pierron’s truly impressive time. In the Women’s, Tahnee Seagrave would improve greatly from yesterday and take a big win by a full 3 seconds. Myriam Nicole would come in second place, securing her overall win for the year. Interesting to see Tahnee so close though – within 100 points. Much like most of the year, Rachel struggled with her shoulder. Perhaps she’s due for an off season surgery, or at least rehab… In Junior Men’s, Finn Iles would take a huge win despite the fact that he had the overall wrapped up before even departing for Italy. He was followed by Matt Walker and Sylvain Cougoureux, both of whom he battled with at times throughout the year.