Last week, Ryan Howard and Kyle Jameson happened to be home in Aptos along with Brandon Semenuk and Andreu Lacondeguy. I was lucky enough to tag along and shoot some photos of them at the Cruz Fest jumps as ramp up their training for Red Bull Rampage. Take a visual stroll through two days of big bike madness and progression with some of the world’s best. 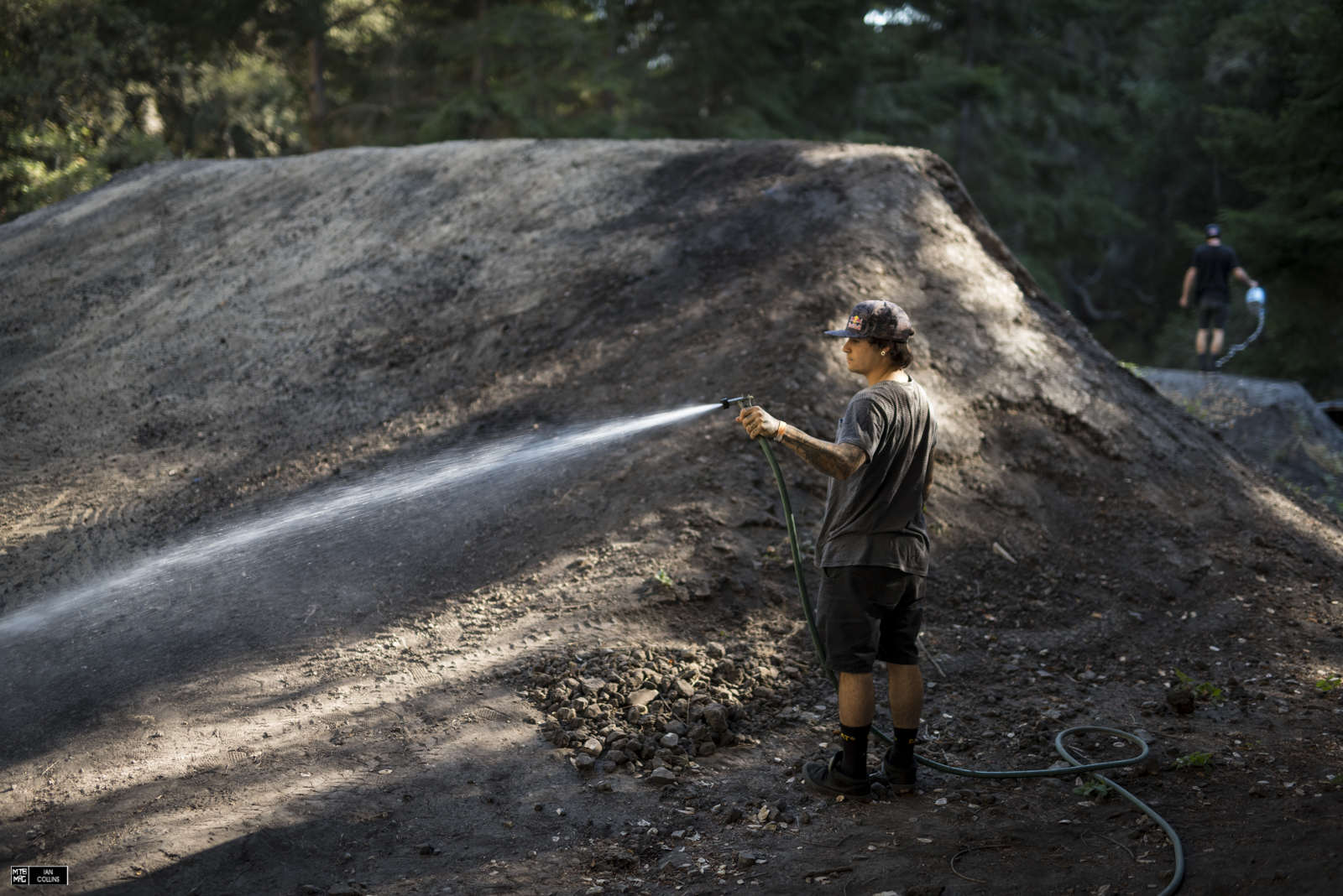 Andreu waters the landing while Brandon waters the lip down in the background. Perspective on som BIG jumps. Slapping some ankle braces on and getting ready to do the damn thing. 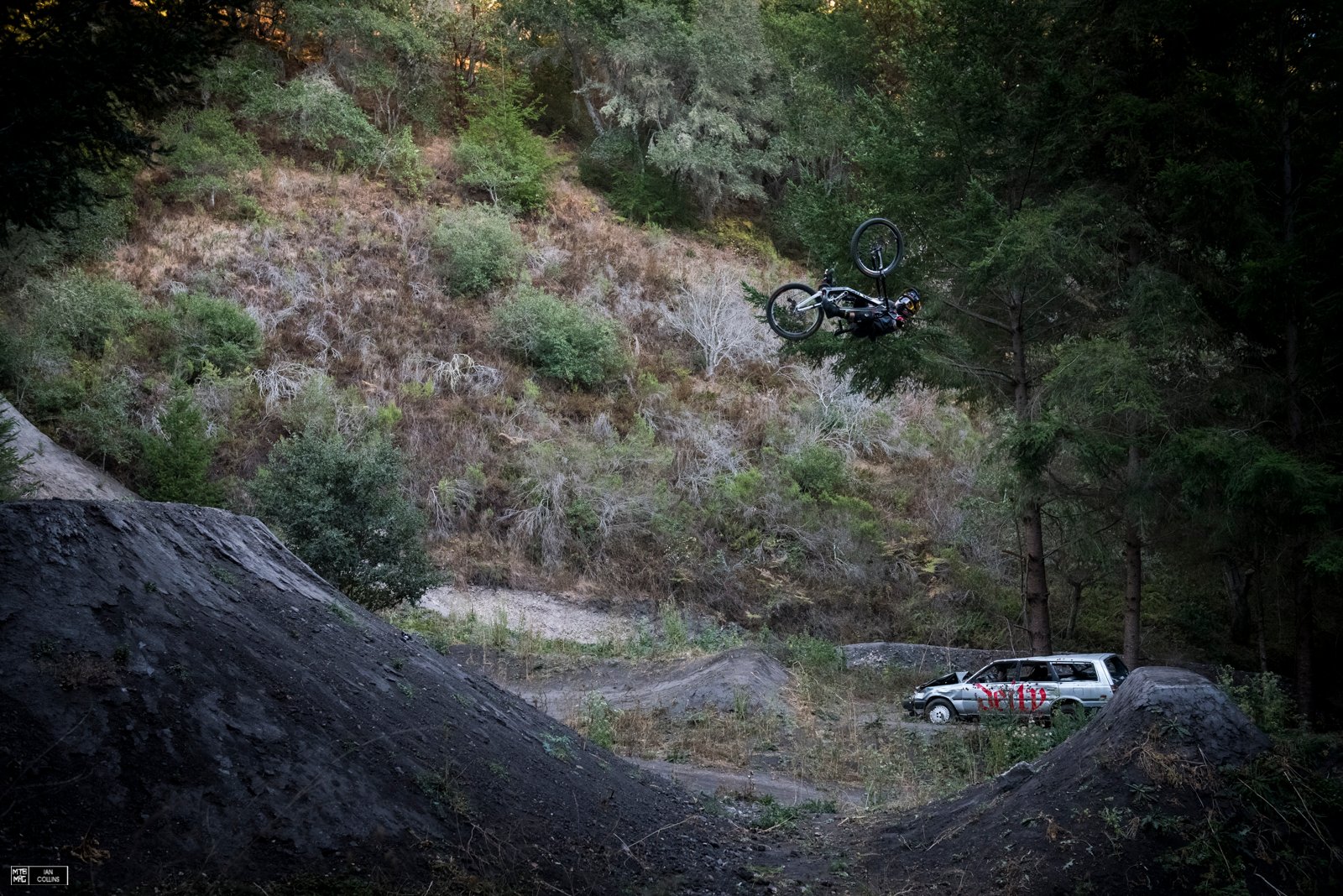 Andreu starting it off with an invert 360 table. It’s not often you see that…especially on a DH bike. Brandon pushing the envelope with the most ridiculous combo we’ve seen on a DH bike. Flip Can to tuck no hander. Still scratching our head. 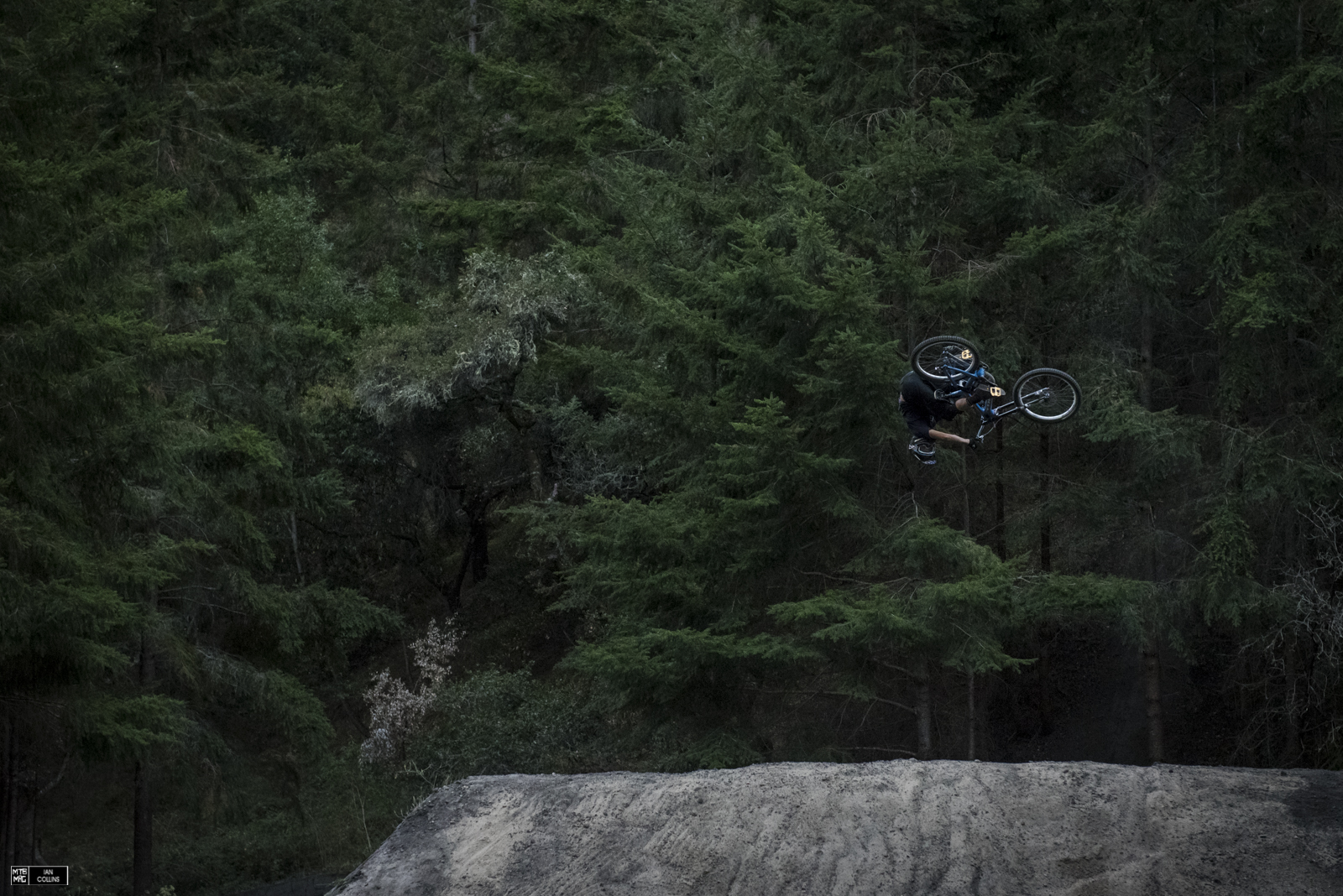 R-Dog eyeing up that landing. Brandon whipping into an endless tunnel of gnarled trees. 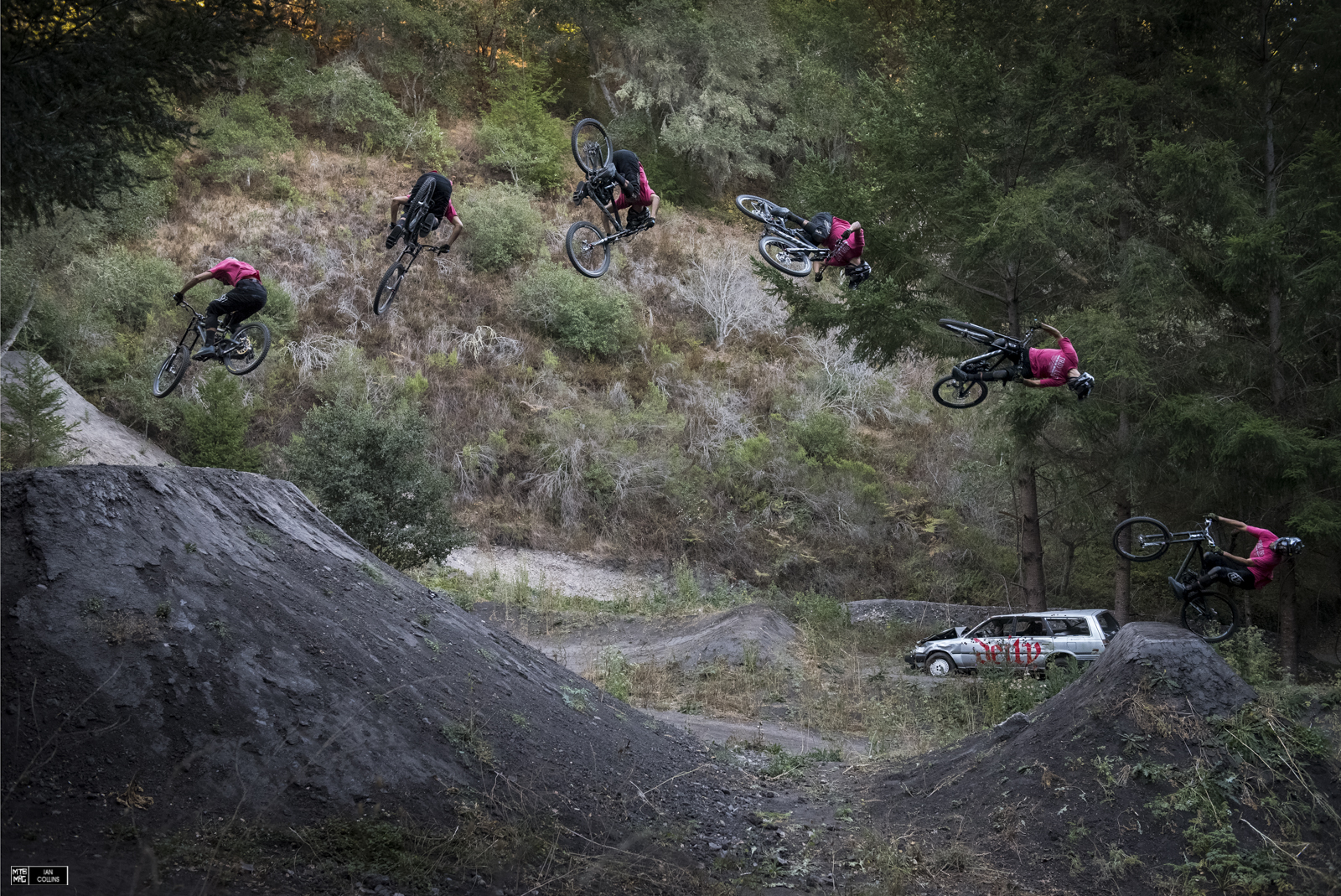 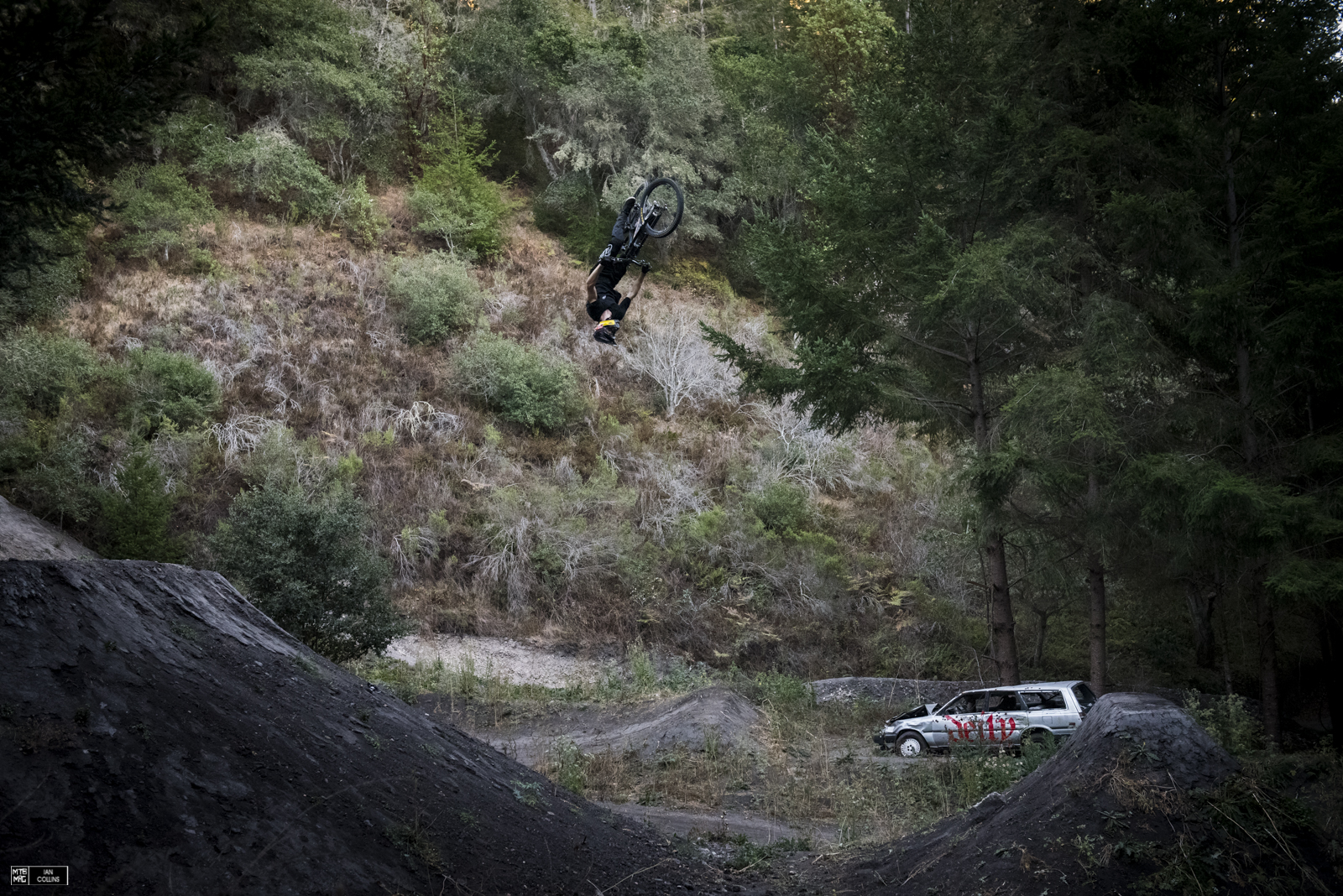 Brandon – Upside down and sideways 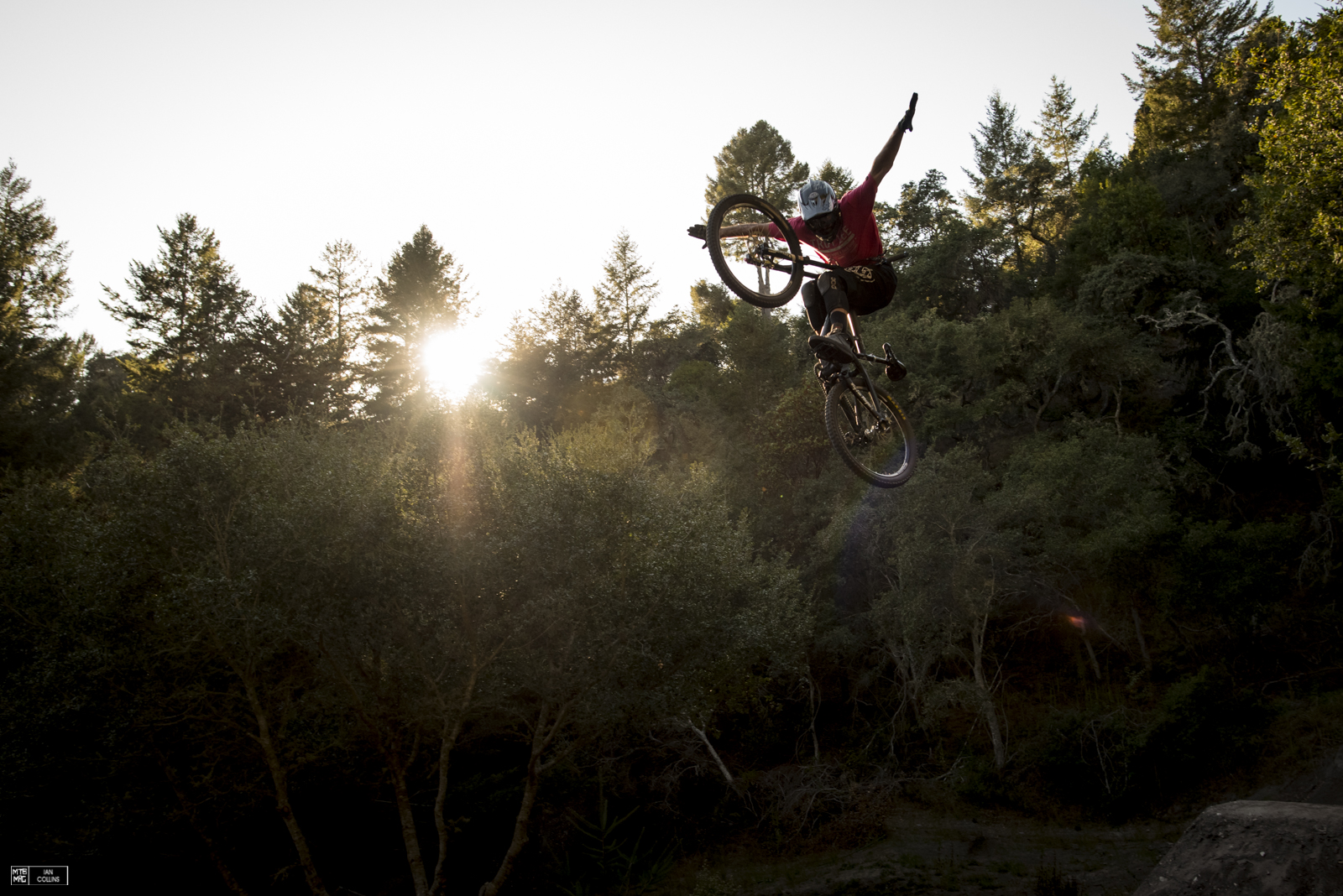 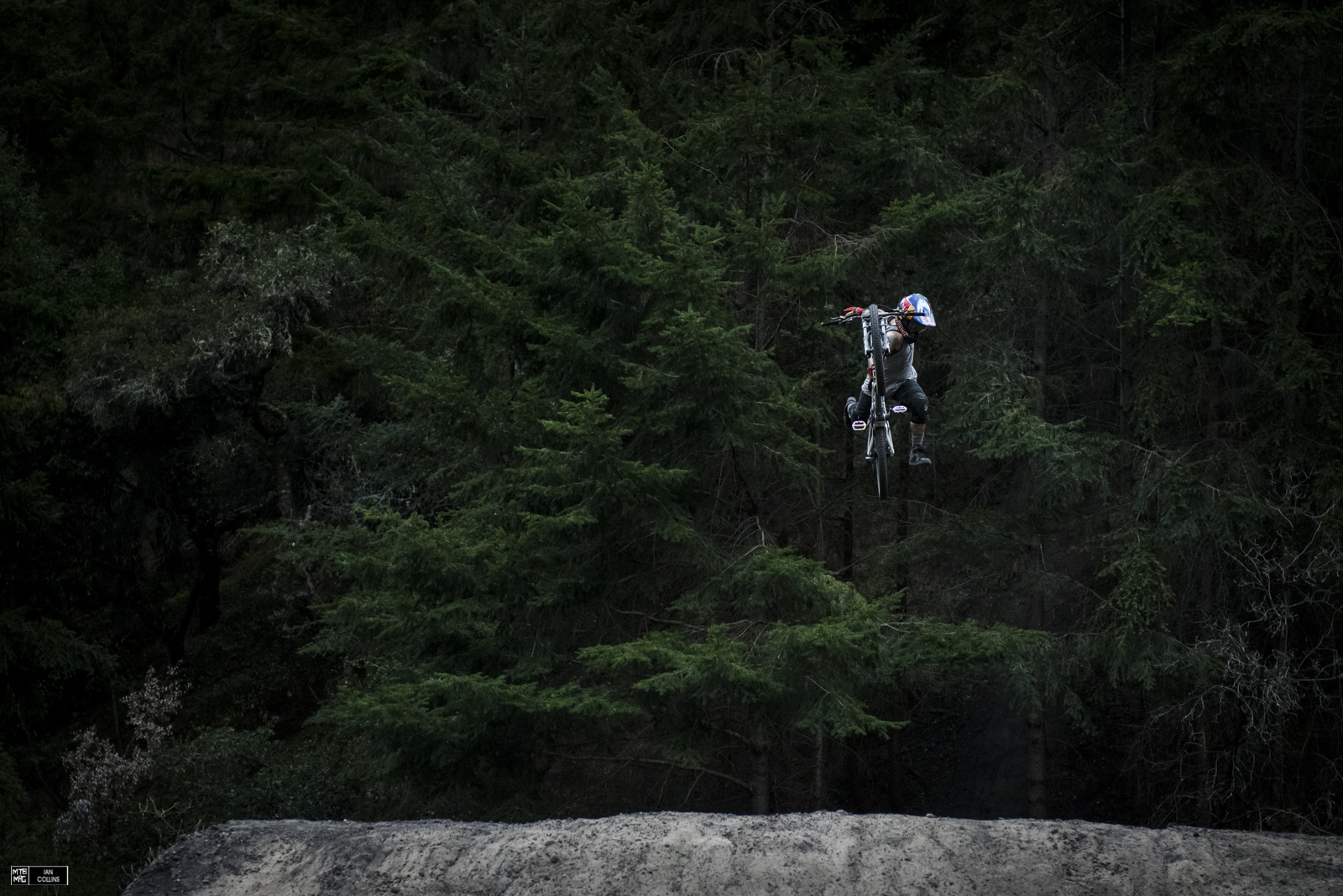 You can’t get much more stretched out on a one hand super seater. Time on the moto always pays off for last years Rampage winner. 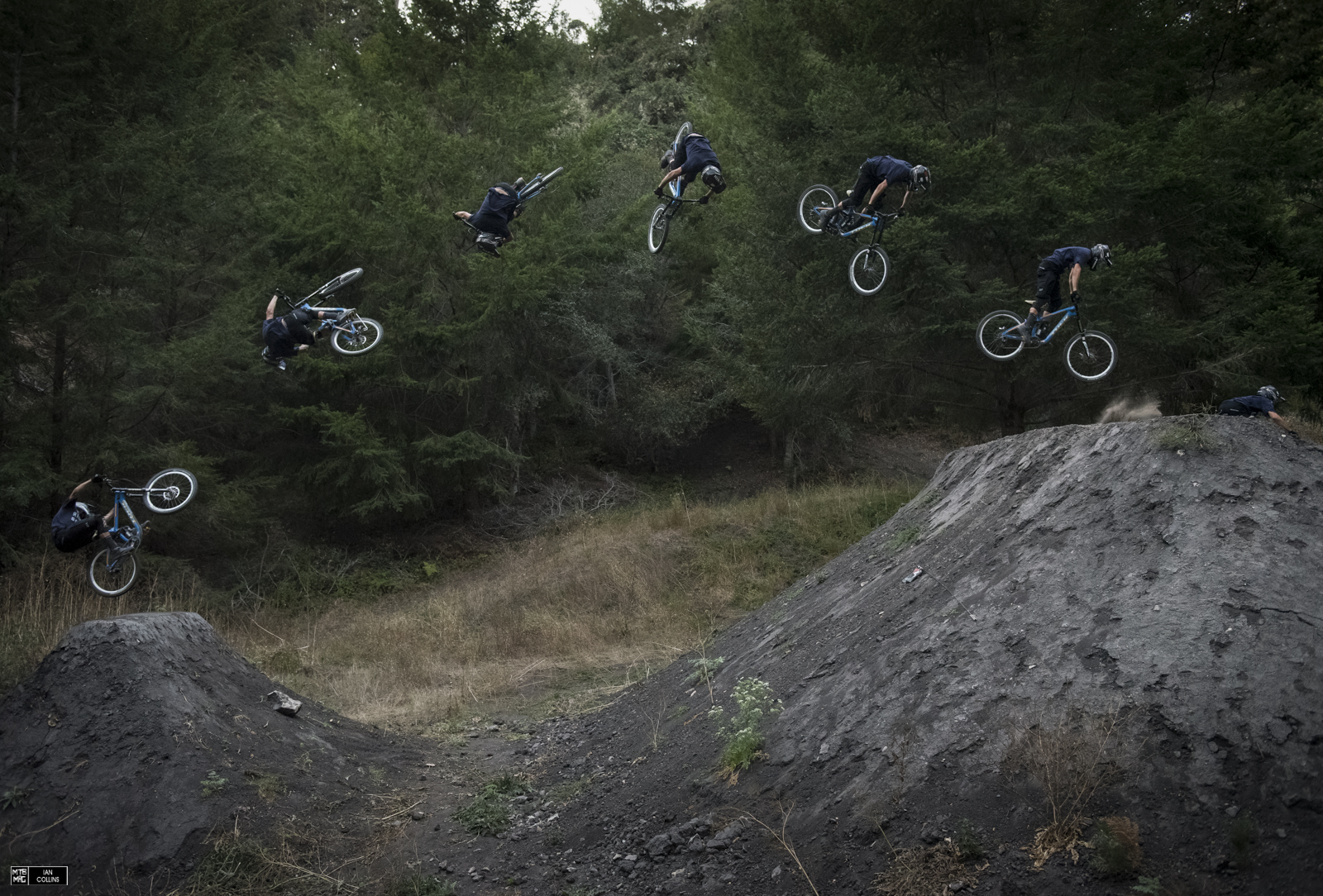 Sequence of a steezy R-Dog dumped 360. 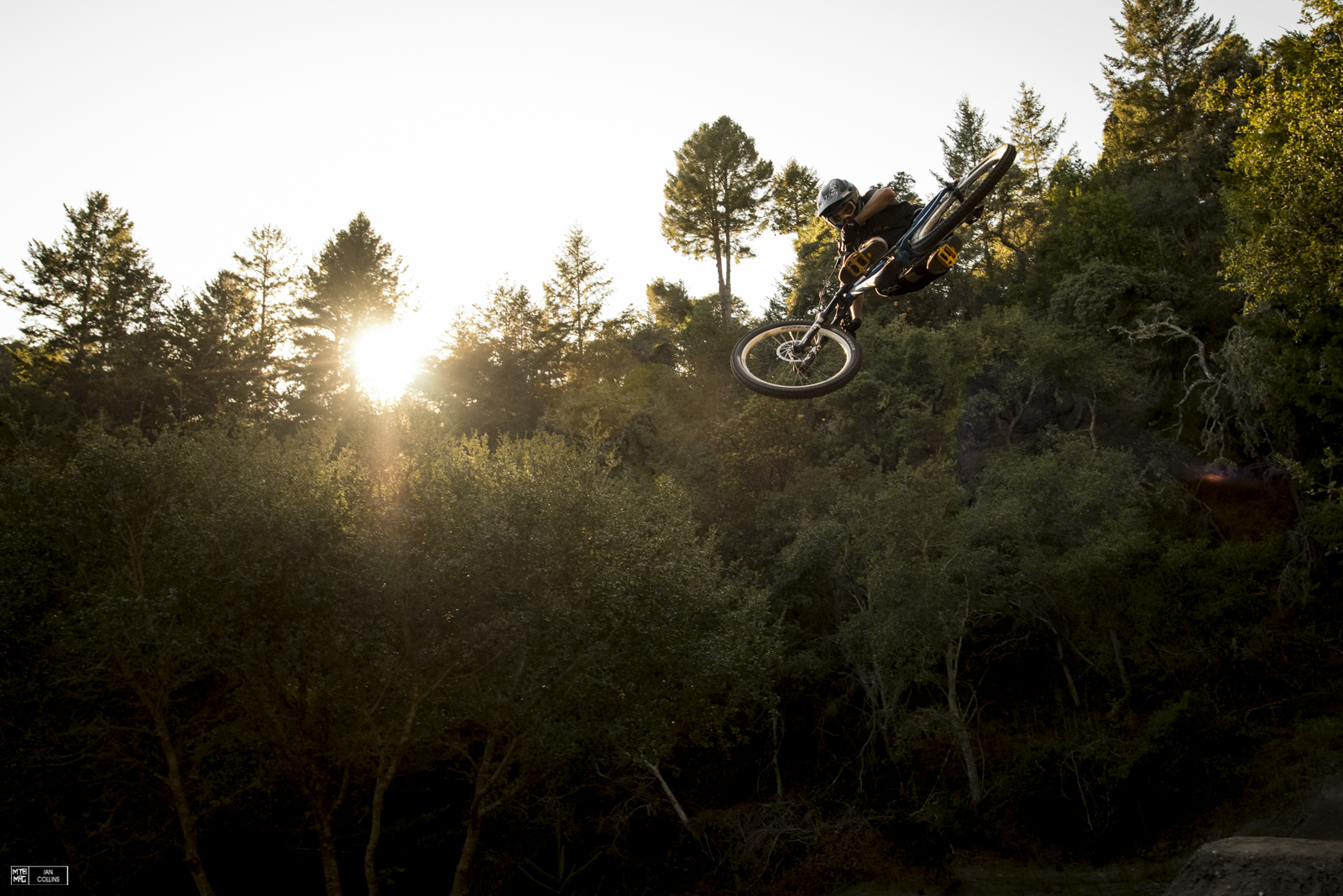 R-Dog whipping into golden hour. It should actually be called golden 10 minutes from a photographers standpoint. Semenuk. What do you even call this? A corked flip can…Either way, the progression is hard to wrap your head around. 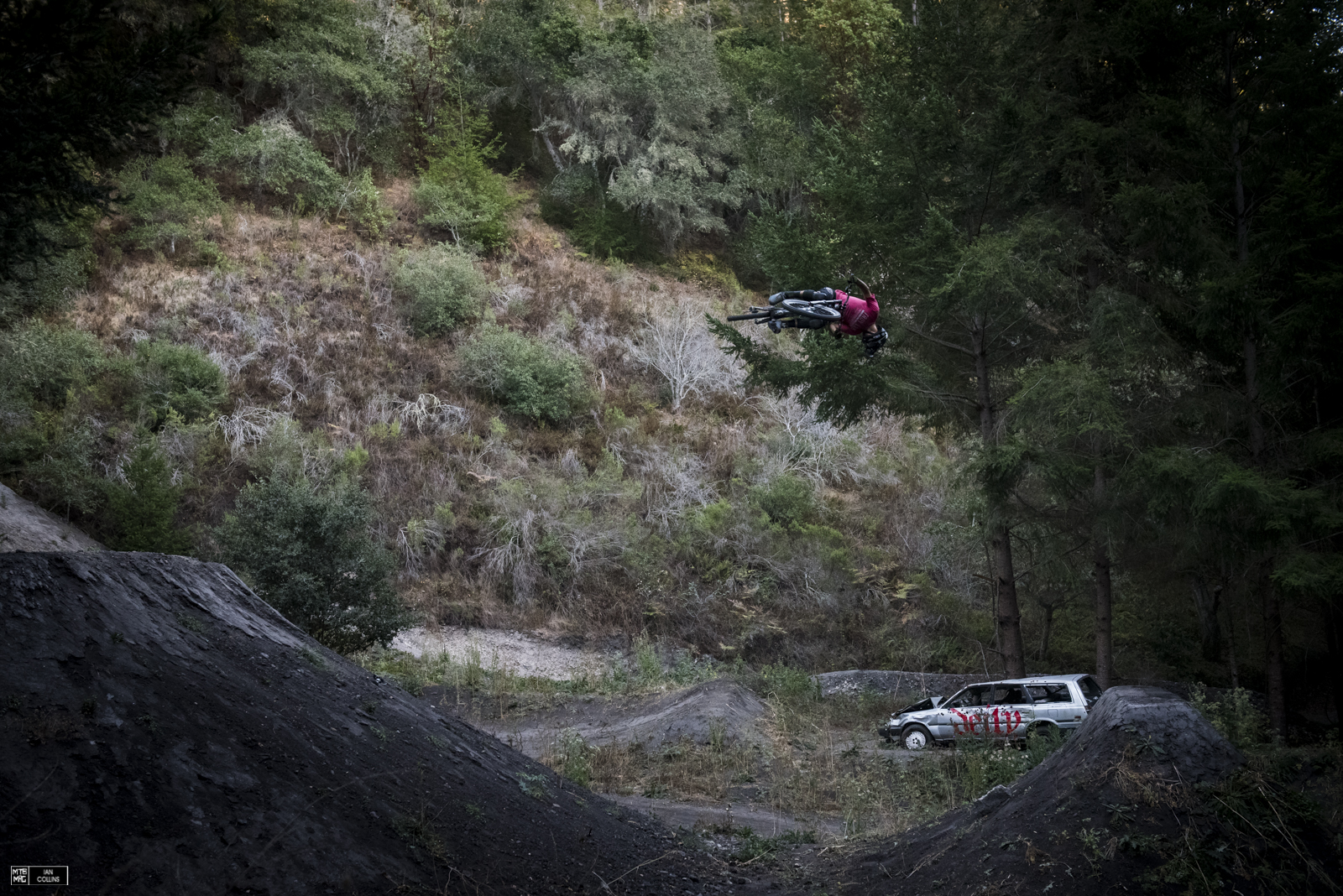 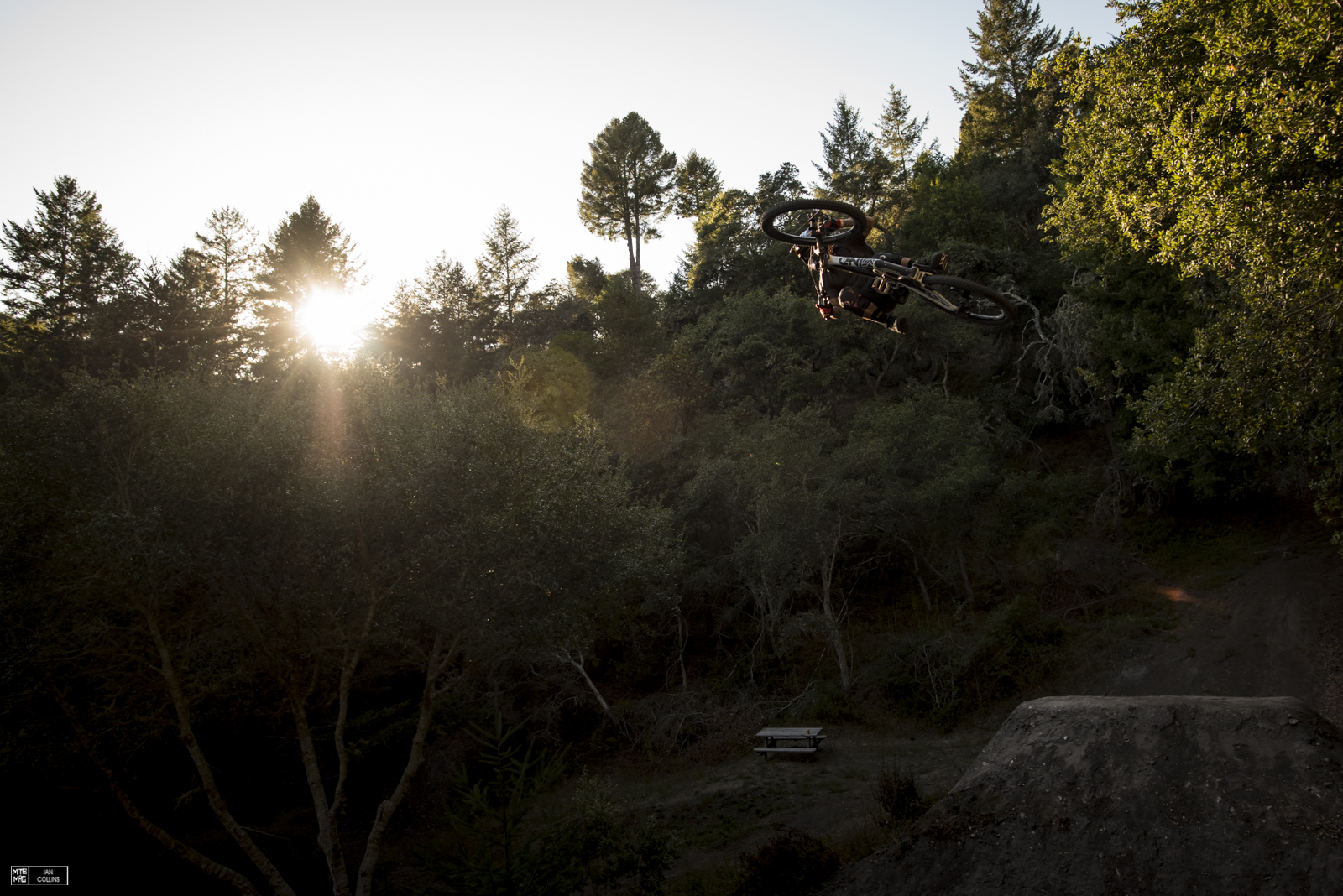 The best supermans in the biz. That’s it, that’s all….absurd one hand dumped 360. Brandon is truly next level.