Munich, 19 February 2020 – The long wait has come to an end – after a three-year hiatus, Red Bull District Ride will return to Nuremberg! On the 4th and 5th of September, the quaint, historic Old Town of the German city will be turned into world’s biggest Urban Freeride paradise, welcoming the international Slopestyle elite to compete for the crown of the Red Bull District Ride Champion. Don’t miss any news – check out the latest info on www.redbulldistrictride.com and on Facebook Red Bull District Ride 2020. 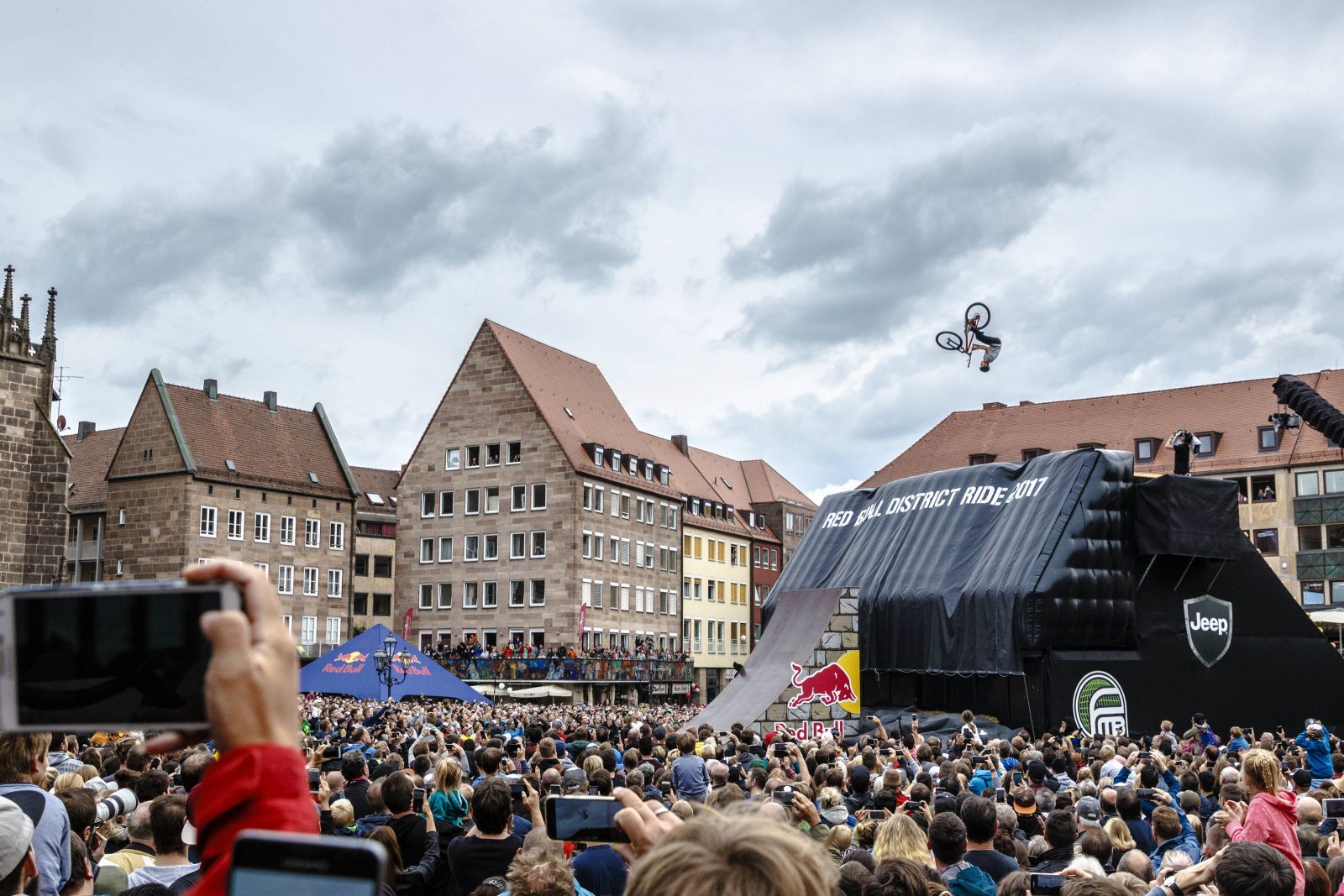 The German city has already seen its fair share of Freeride Mountain Biking history – starting way back in 2005 when Aaron Chase (USA) became the first Red Bull District Ride Champion. This year, the American Slopestyle veteran returns to Nuremberg and is responsible for the course design. He’s got a few tricks up his sleeve to guarantee that history is, once again, in the making. “We designed the course with the riders and live show in mind. There will be a flow to the contest that will feel seamless and exciting. The riders feed off of this energy and combined with the sweet prize purse we will all be in for the show of a lifetime! Nuremberg is the perfect city for an urban slope style like Red Bull District Ride: the city, the crowd, the atmosphere is all different than most contests. There is an excitement that can’t be duplicated because we are in a city with so many people everywhere, hanging out the windows and getting wild.“ The final district, situated in the very heart of the historic city, will be more progressive and spectacular than ever before – offering the thousands of gathered fans more action and adventure. More information about the course and the new features will be revealed in the upcoming weeks on www.redbulldistrictride.com.

Erik Fedko (GER), who competed at the illustrious contest for the first time in 2017 as one of the young guns and who has been turning heads on the Slopestyle scene ever since, is looking to leave a lasting impression on the city of Nuremburg and its fans. “The one-of-a-kind course, the 80,000 gathered fans and the city, it all combines together to make an epic event with some of the best vibes ever – the feeling you get as a rider when dropping into the heart of the Old Town is something that you don’t feel anywhere else. To ride at Red Bull District Ride, you need to be an all-round Slopestyle rider – whether it’s riding huge jumps, skatepark, dirt jumps or trails – if you want to do well, you need to be able to ride it all.”

The 22-year-old is aiming high in 2020, especially after finishing fifth in 2017. “Red Bull District Ride is almost a home game for me. I’m super stoked to compete and who knows, maybe I can even get a podium spot this year! I’ll definitely give it my all.”

Aaron Chase knows what it takes to climb on the top step at Red Bull District Ride: “As a rider I would always concentrate on doing a few things that were different. There are so many guys throwing down insane moves and it can all fall through the cracks if everyone does similar runs. Be yourself and stand out!“ This is exactly what Nicholi Rogatkin (USA) did in 2017, when he put everything on the line to beat Emil Johansson (SWE), and landed a 1440 (4 rotations!) for the first time ever in a Slopestyle contest, edging out the young Swede by less than a point to take home the crown of Red Bull District Ride Champion: 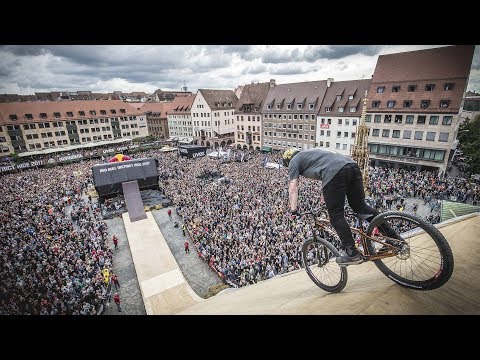