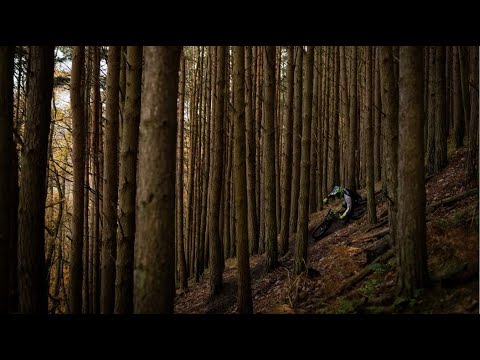 “We’re stoked to continue our support of Hope Factory Racer Adam Brayton for 2020 on his pursuit for Downhill World Cup, UK and Hardline glory. 2019 was a tough year for Mr Gas to Flat, you can hardly call top 30’s at the ultra-competitive any World Cup “disappointing” but it’s a sign of the expectations Adam has for himself that he wants more.

Unfortunately a brutal crash at Fort William (one that would have written off a lesser human specimen- yet Adam went on to score a 30th overall) left some outstanding damage and eventually ruled out the end of the season and chance to compete at one of his favourite events; Red Bull Hardline. But a winter of hard graft in the “grim North” (aka riding his bike, building trails and strength and conditioning training in the beautiful Lake District) has the Keswick “grandad” (ask new training pal and Nukeproof team mate Elliott Heap on this or check out the upcoming Tea & Biscuits feature film) in fine fettle for the season ahead.

A full winter of testing with his Nukeproof Dissent and he has it more dialed to his style than ever. A few subtle developments after testing with our engineers at our athlete camp in Innerleithen has given his Dissent bike a few extra horses and ready to go Gas to Flat at the UCI World Cup round 1. ` More to come on the 2020 race bike as it is currently in the Hope Factory being readied for the season ahead. We’re excited to see what Adam and Hope Technology have planned for the season as they always deliver the trickest custom bike builds in the pits. 2020 is the year of the Keswick Kestrel.” – Nukeproof

Red Bull District Ride is Back