Virgin, Utah (August 2, 2016) – After 10 editions of historic competition, Red Bull Rampage has become the truest test of skill and mental toughness on a mountain bike.  Touted as one of the most intense events in the world, featuring the world’s best athletes and set in one of the most demanding locations on the planet, the event has become the most coveted title in Freeride Mountain Biking.

The list of 21 world-class athletes competing in this year’s Red Bull Rampage has been set. The roster of riders slated to compete is comprised of both 12 pre-qualified and 9 invited “Wild-Card” athletes. There will also be 5 alternates who will be called upon to compete if a rider is unable to attend the event.

The pre-qualified riders earned their right to compete in 2016 by finishing in the top 12 in last year’s event. The remaining 9 riders who make up the “Wild-Card” athletes were chosen and invited based on the following criteria: 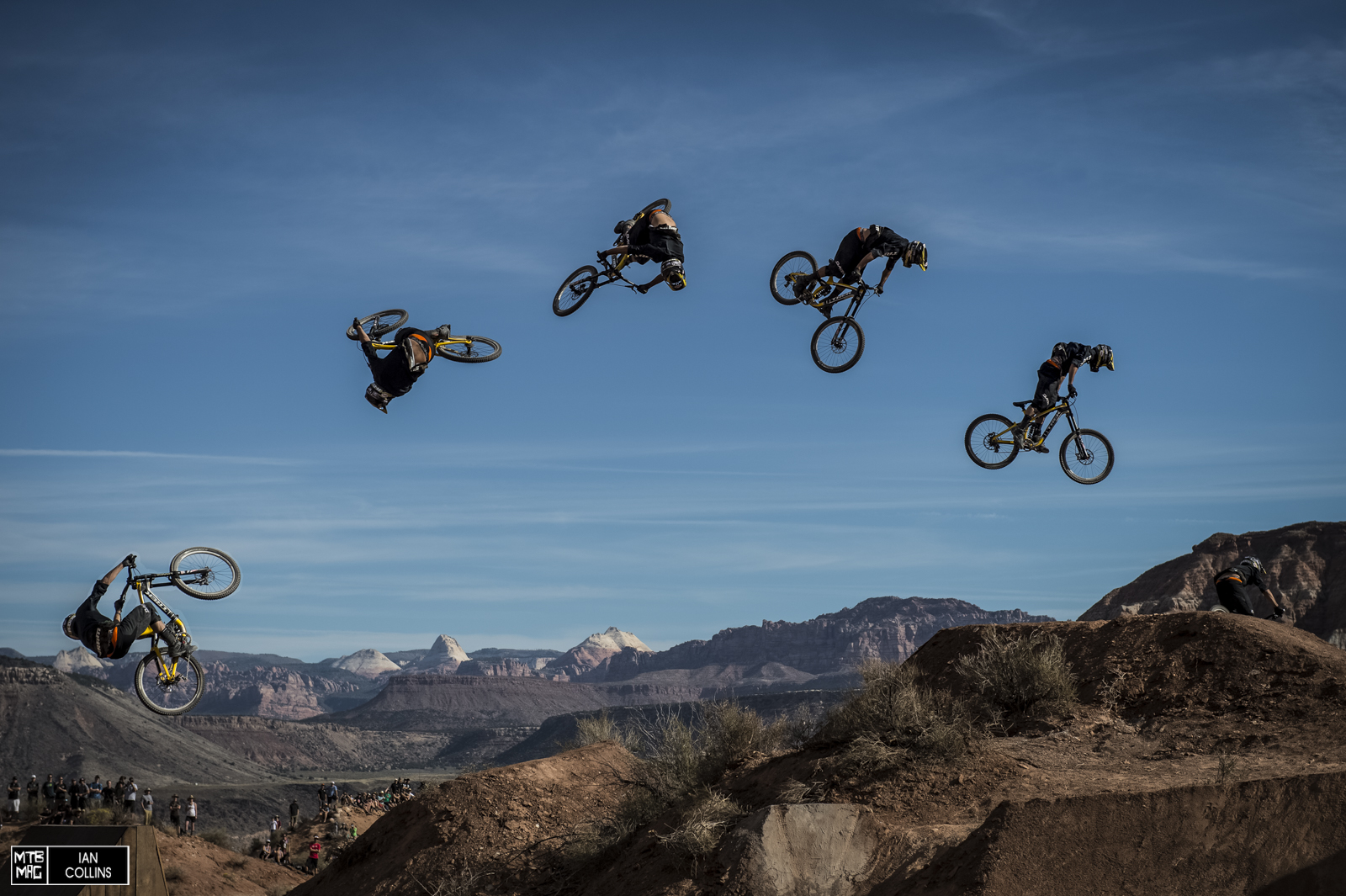 The 11th Edition of Red Bull Rampage will take place at a new location near Virgin, UT on October 14th. The new venue and updated event format offer up a blank canvas for the elite group of 21 athletes to create their own personal line down the mountain in one of the biggest tests of skill and nerve in the world.

Can’t wait until October to get your gut-wrenching, nail-biting freeride fix? Head over to redbull.com/rampage to watch exclusive content and storylines leading up to the competition! The great equalizer of all mountain bike events, Red Bull Rampage draws slopestyle riders, downhill racers and natural-terrain freeriders together in one big-mountain test of all-around bike skill on near-vertical sandstone ridges near Virgin, Utah. Don’t forget to join the #RedBullRampageconversation on social media!

Rampage airs as part of the Red Bull Signature Series, a collection of the most progressive and innovative events in action sports.  Fans can watch the event live on Red Bull TV Friday, October 14th or catch a two-hour highlight program on NBC airing Saturday, November 12th. About The Red Bull Signature Series

Thee Red Bull Signature Series is the most progressive action sports property in the world, featuring best-in-class events such as Frozen Rush, Double Pipe, Hart Lines, Joyride, Rampage, Straight Rhythm and Volcom Pipe Pro.  These events represent a collection of the most innovative snowboarding, skiing, surfing, mountain biking, skateboarding, motorsports and BMX events, on custom courses inspired by the athletes themselves.  Red Bull Media House and the NBC Sports Group showcase this world-class property of action sports events all year long on NBC and Red Bull TV through state-of-the-art production and storytelling.  For more information, please visit www.redbullsignatureseries.com.  Be sure to follow the Red Bull Signature Series on Facebook for updates!

[Video] On Track with Curtis Keene: Keep The Rubber Side Down | S3E2