Rylo sent us their $499 USD 360 Camera to try out this Winter, and capture our rides.  We’ve wrapped up our time with the Camera, and are here to share our findings. 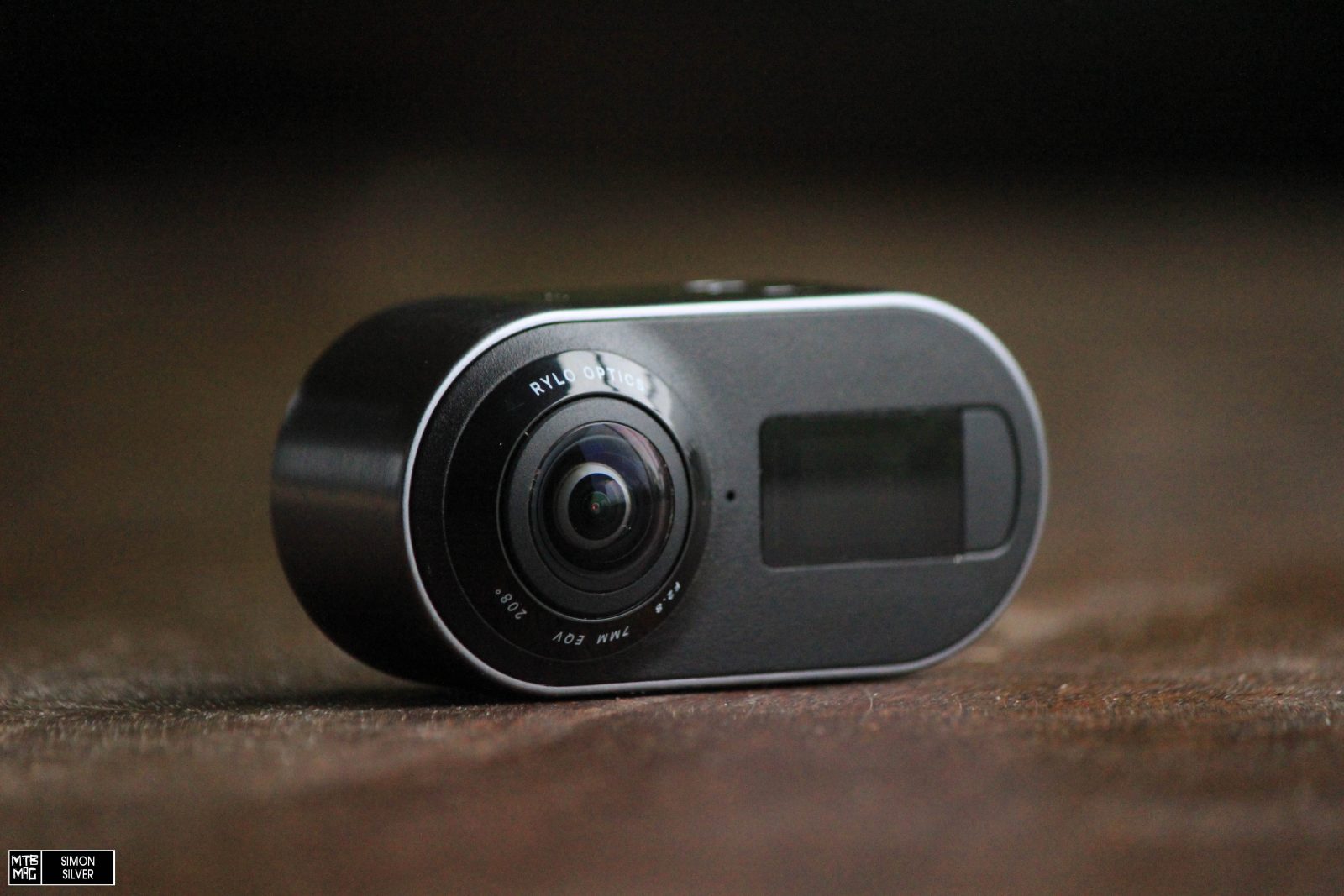 The camera comes with a 16 GB microSD card, Rechargeable Li-ion battery, a Protective pouch,  Rylo Everyday Case, a USB Charge cable,  Lightning sync cable, micro-USB sync cable, and a USB-C sync cable. We found the camera to be quite intuitive to use, it features only one button, which both turns it on, and starts/stops recording. The everyday carry case is a skeleton case that allows you to mount the camera, but doesn’t provide much protection, especially to the lenses. Available for purchase ($69) is an ‘Adventure Case’ which is water proof rated at 3m/10ft. The Adventure case is burly and does the job of protecting the camera well, but it’s difficult to maintain the same image quality with another layer of glass to keep clean. The included mounts share the same screw and system as a GoPro, making already owned accessories like sticky mounts and ‘selfie sticks’ useful. The camera feels a bit bulky on top of a helmet, weighing in at 108 grams/3.8 oz.

The camera’s 5.8k resolution is quite impressive, though low light an over exposure can be an issue. The forrest where we most often ride is a dark valley, and in comparison with non-360 cams, the image quality can get quite grainy. In areas that feature both dark and light patches, the camera’s dynamic range is pushed, causing the darker areas to appear more ill-lit than they are. 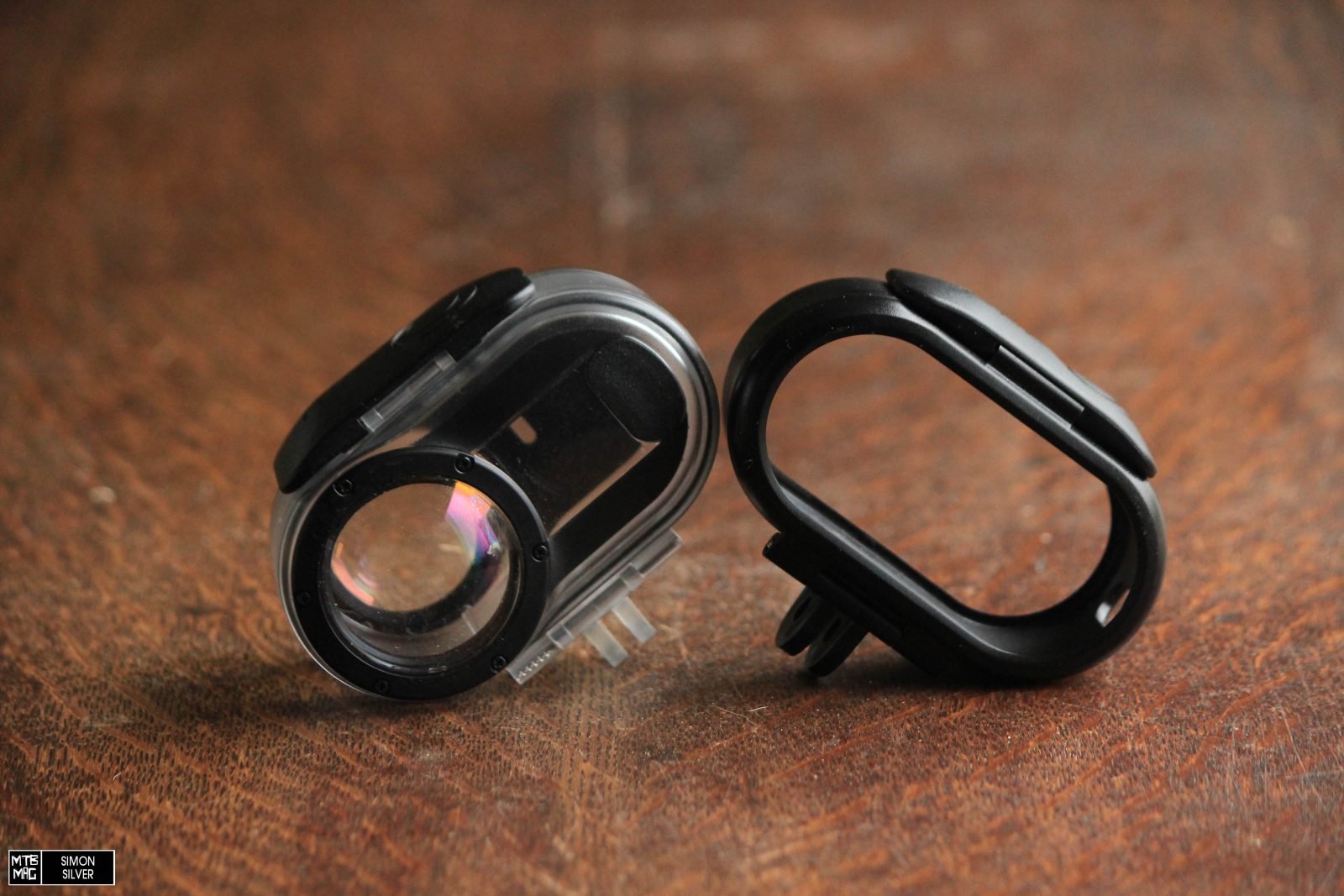 Part of what sets the Rylo apart from competition is its ability to capture 360° of footage, and then let the user choose the video’s focus point. Many 360° cameras need VR goggles to view the footage, while with some the viewer can toggle the point of view. For sports, especially mountain biking it’s nice to be able to stay focused on the trail, or rider in front/back of you. Rylo’s in phone or Mac OSX app allows  an indefinite amount of focus point to be set through the clip, keeping the content exciting, and making the most of all good angles. If the camera is focused on your friend in front of you on the trail, but your buddy does a huge jump behind you, you can have the point of view toggle backward to catch the moment. 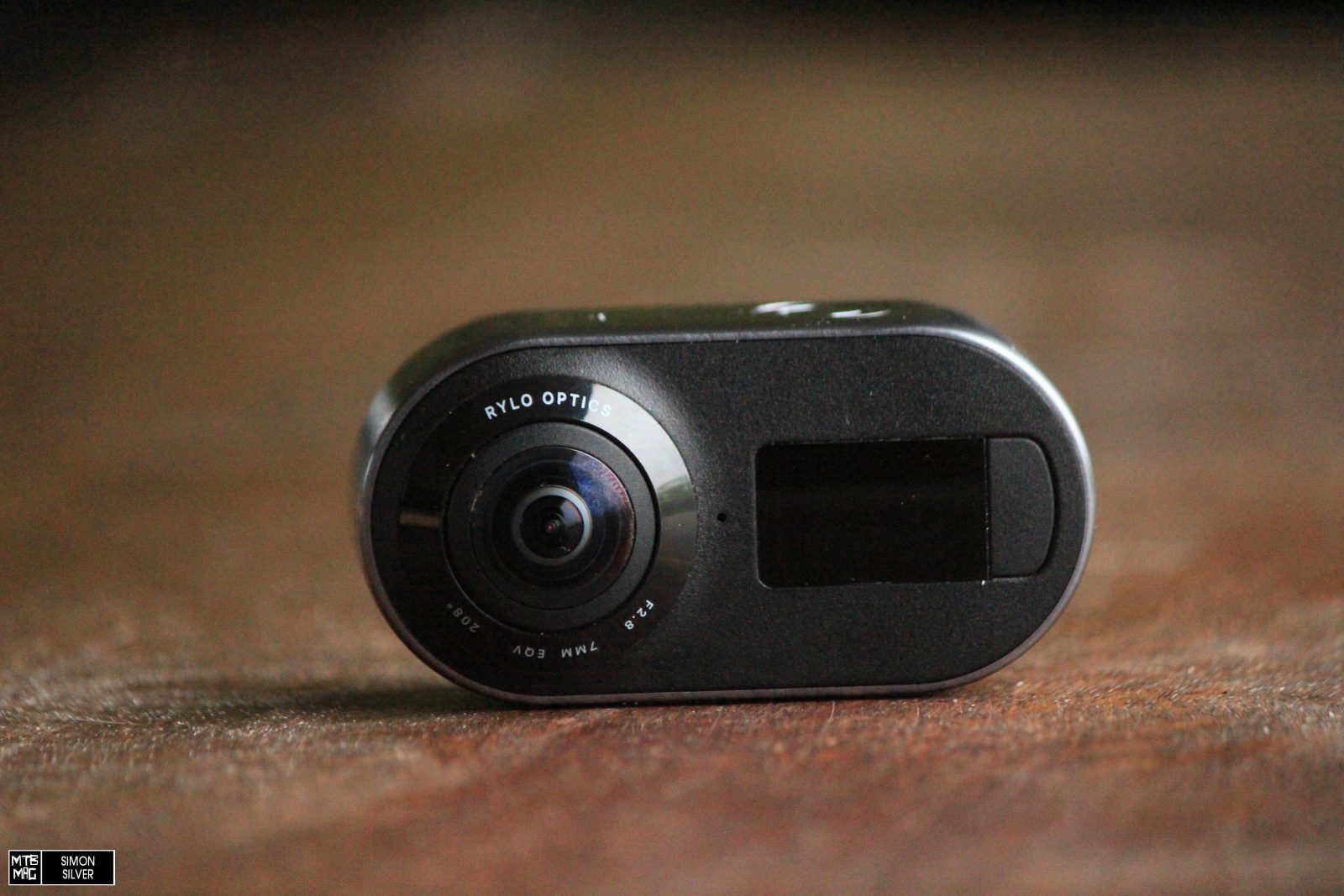 Perhaps the largest intrigue of the Rylo Cam is the ability to quickly import 360° video (via cable or bluetooth), and then export directly to social media platforms. The editing process leads us to the Rylo app, available for iOS and Andriod, as well as macOS. The app has a clean design, and is relatively easy to figure out. Many of the editing tools are similar to other platforms, and allow the adjustments of audio levels, cropping, brightness, saturation, contrast, etc. The main learning curve is how to trim, and choose focus points for the clip. Either in phone or on the computer, you click where you like the camera to focus, and it will remain on that point until you guide it to a next point. This process can be repeated countless times per clip. The other option is to let the camera auto-follow a point, in our case, often the rider in front of us. Once you select the point, if there’s adequate light, Rylo will remain locked to the point for the remainder of the clip. 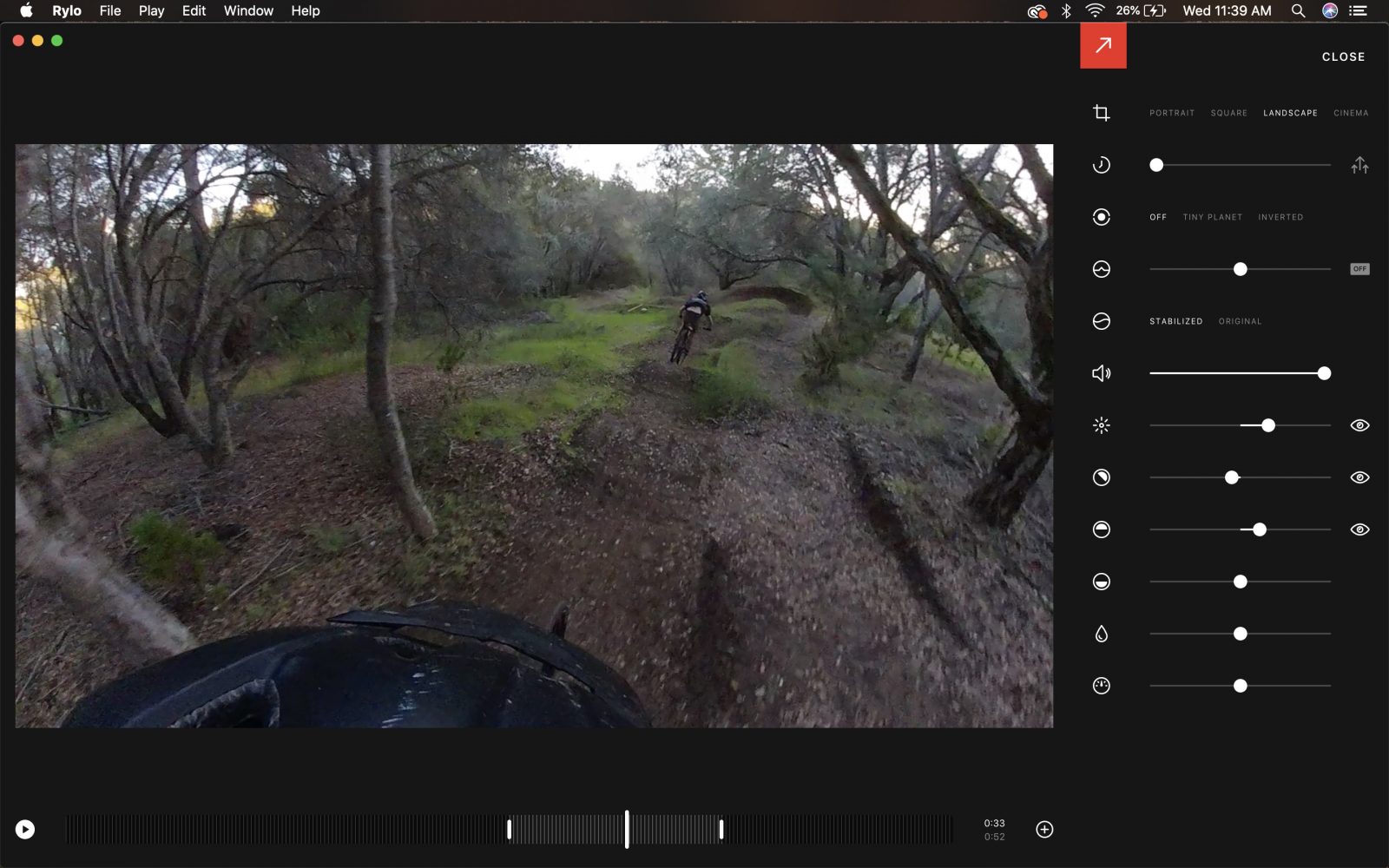 Though the app is easy to use, we had a few issues with it. One key drawback is the fact that you cannot add multiple clips together creating a longer piece. If you desire a longer Rylo video you must import into the app first, edit your clip to shoe the point of view you wish to share, then export to a different phone or desktop app. The aforementioned process can be lengthy, and degrade quality, especially depending on file size.

One key feature we love about the Rylo Cam, is its absolute ability to keep the image stable. The camera features advanced stabilization that amounts to almost the same look a POV cam with a gimbal would accomplish. It’s possible to toggle the feature off, but we never found a need or desire to do so. Not only do clips come out smooth, but the camera keeps the horizon line level so as not to disorient the viewer.

Rylo has a few competitors, but due to the small and compact body, waterproof case, and the phone app to social media interface, we’d say the Rylo camera is likely the best action sports focused 360º cam on the market. There are some improvements to be made, but it seems there’s longevity in the brand’s commitment to growth. Rylo continues to offer new camera and app updates, so we wouldn’t see reason to hesitate going the Rylo route for your next POV cam purchase.