Over the last few years, I’ve ridden quite a few different carbon fiber wheel sets ranging from budget (a relative term in that sphere) to bougie. The last version (a newer version just dropped) of the Roval Traverse SL remained my favorite option for a couple of years due to their on trail feel and price:weight ratio. At $1500 USD retail (now $1,900), they weren’t cheap, but did sit at the lower to middle end of the price spectrum, which is part of why they received high praise from me. Then Bontrager released the Line Pro 30, an excellent carbon wheel set that came in at just $1,200. Well, not long ago, Roval answered with the new Traverse at the same price. Naturally, I had to know which one was the king of the budget complete carbon wheelset category… 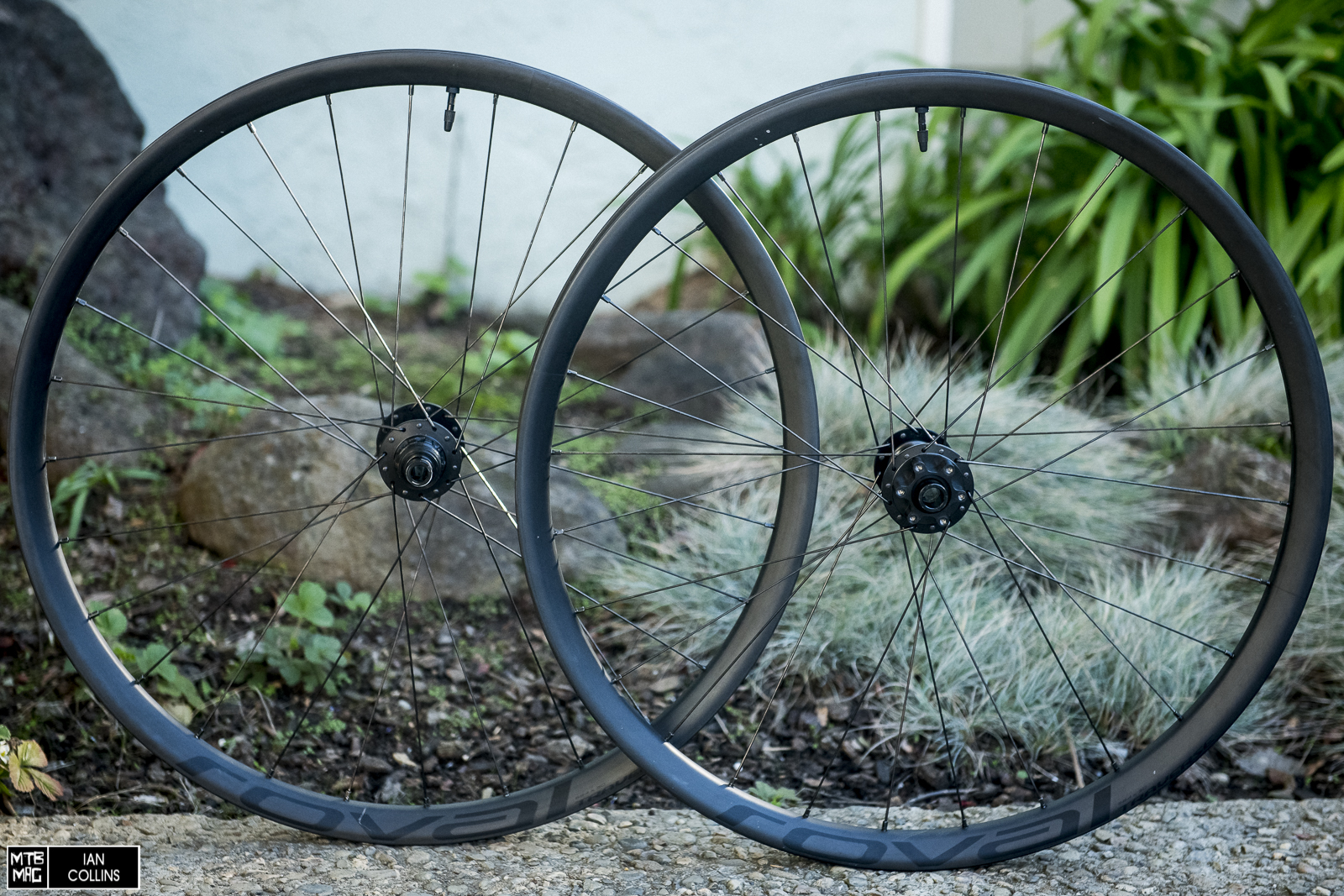 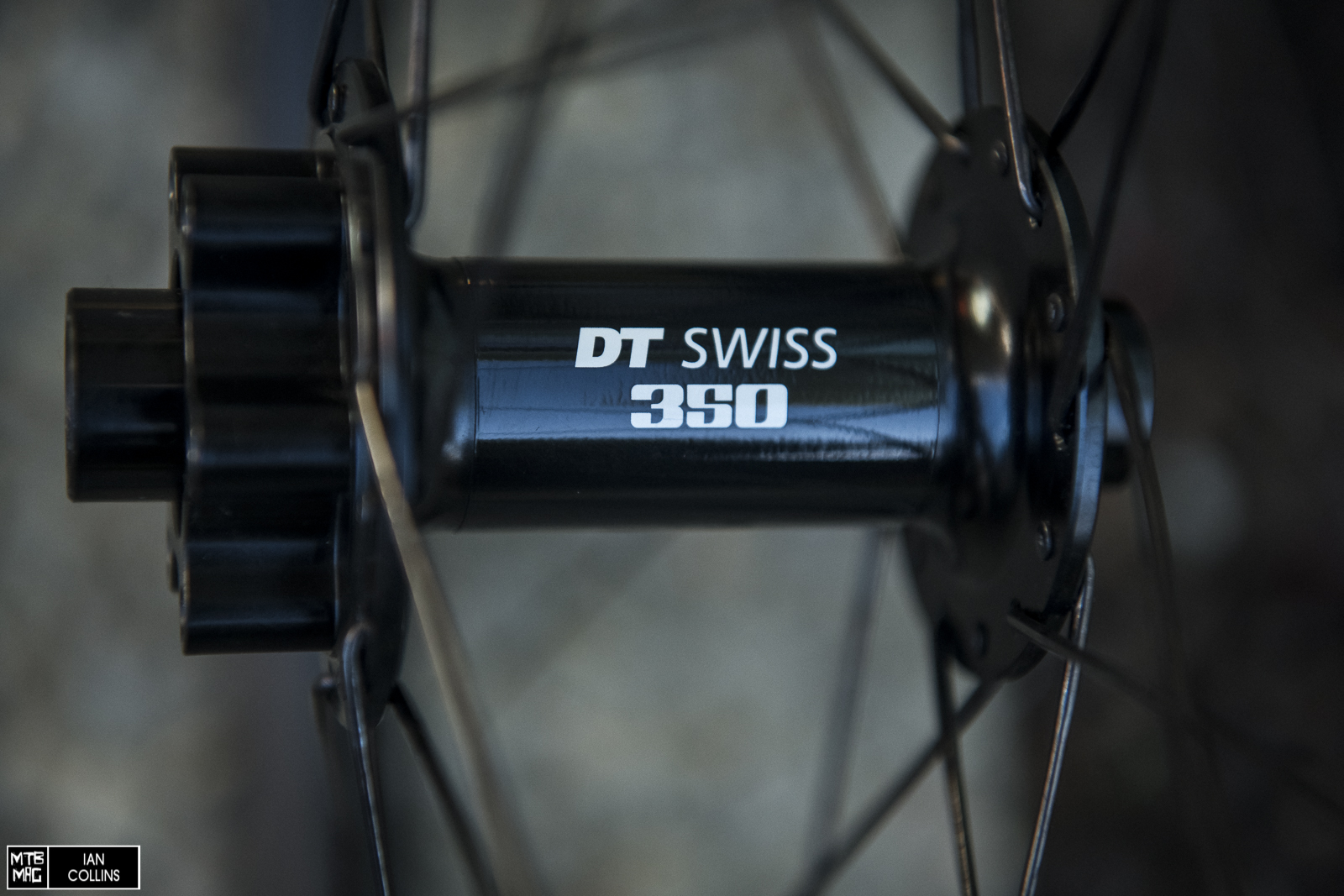 Most Roval wheels utilize DT Swiss hub parts, but the new Traverse uses a set of complete front and rear set of stock 350 series hubs. This is nice for easy bearing swaps and peace of mind. 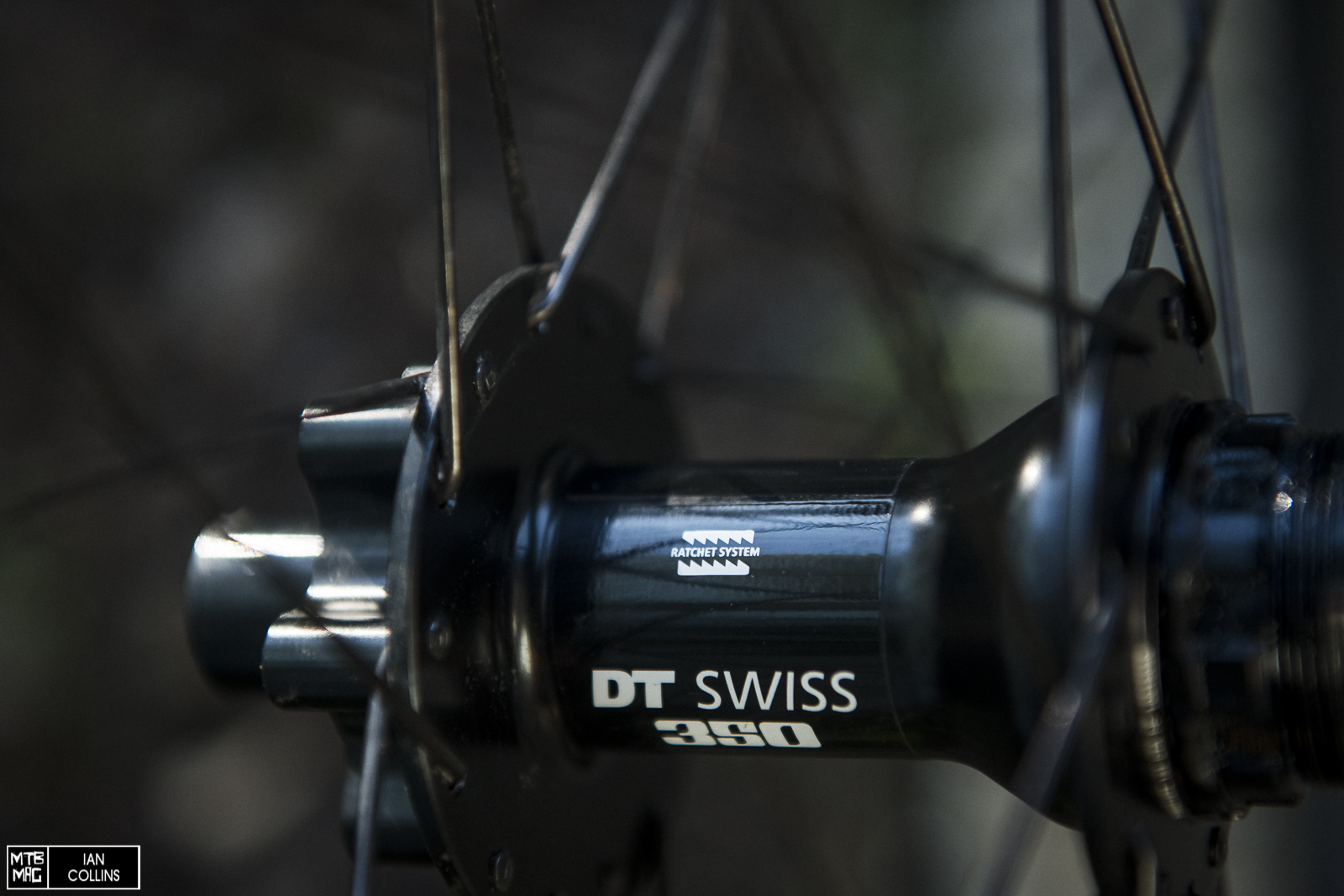 Unfortunately, the 36 tooth “Star Ratchet” engagement system on the 350 isn’t as all that fast. The good news however is that it can easily be upgraded. 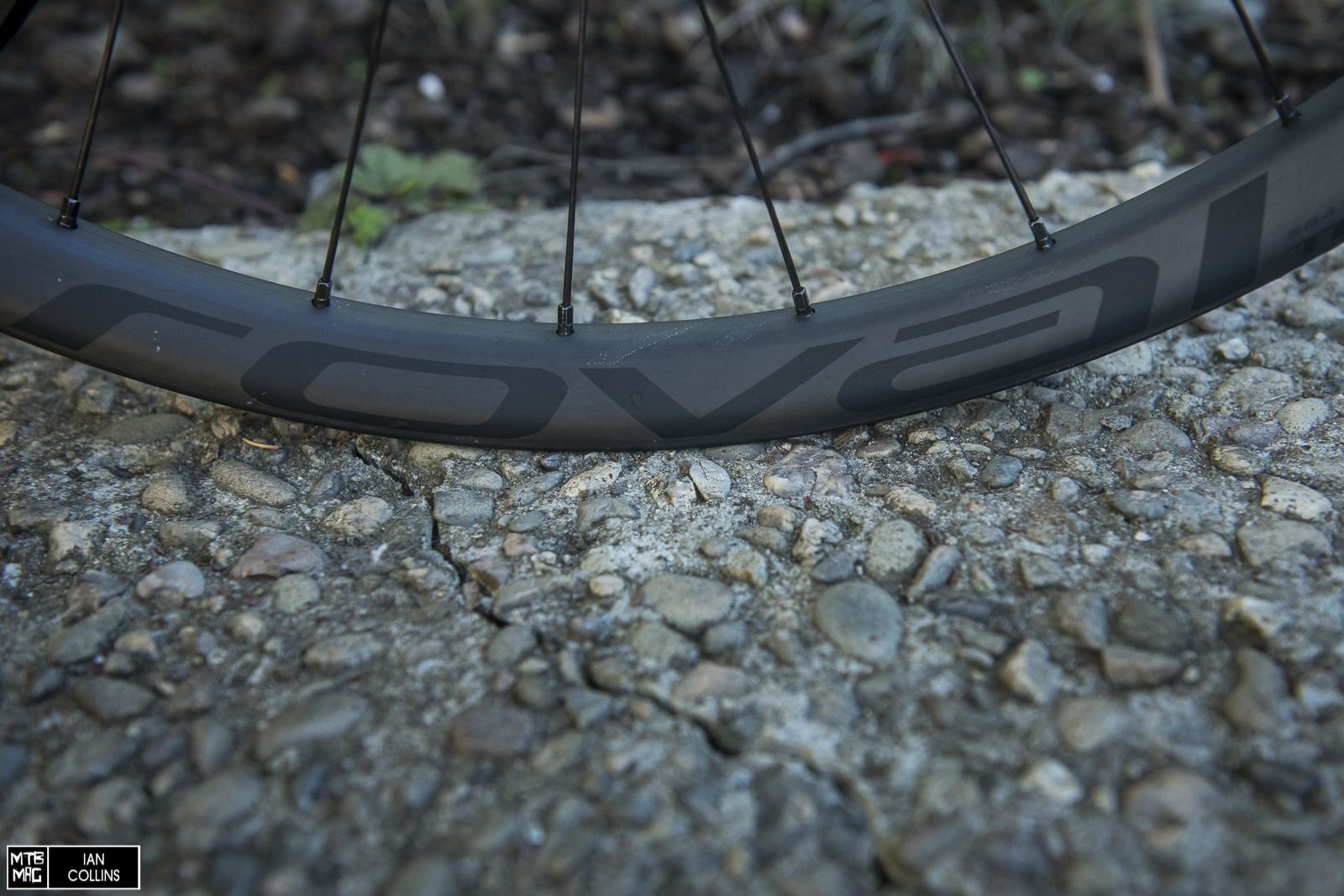 The weight of the standard Traverse comes in a bit heavier than the Traverse SL, but that does come as a result of more spokes and a stronger wheel. The Traverse is 2 cross all the way around, where the SL had a mix of two cross and radial lacing in some places. The standard Traverse also uses DT’s slightly less anorexic “Competition race” spokes as opposed to “Revolutions”. Standard hubs and thicker spokes with an increased count add up to an extra couple hundred grams, give or take. That said, there’s only a 10 gram difference between the standard Traverse and updated Traverse SL, which has been beefed up. Despite not having the woven carbon fiber look, the rim is essentially the same and comes in at a perfect all around width of 30mm internal / 35mm external. 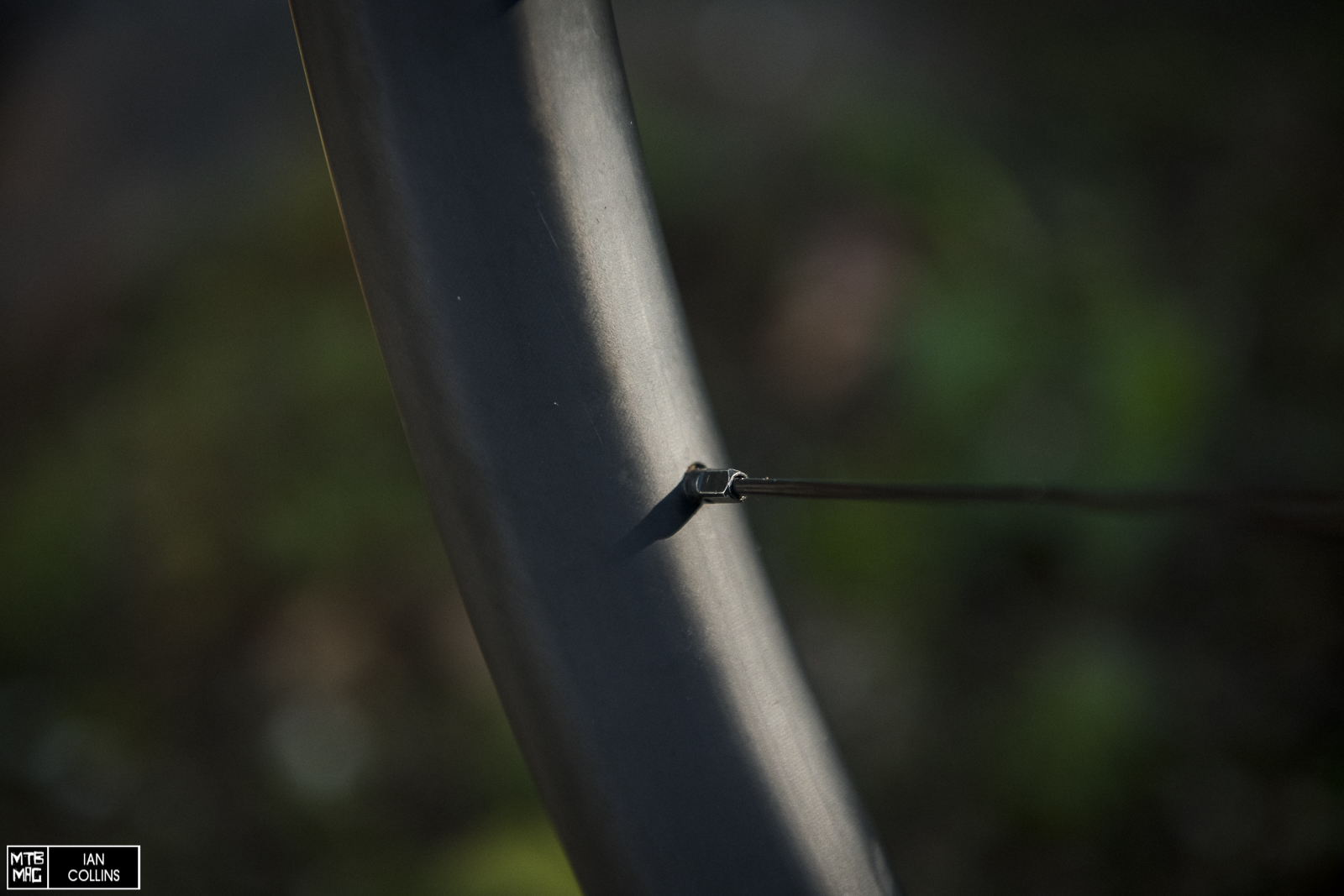 J-Bend spokes are naturally going to weigh a bit more, but tend to hold up better. Compared to straight pull spokes, they’re much easier to tension and true as well. Alloy nipples round things out. 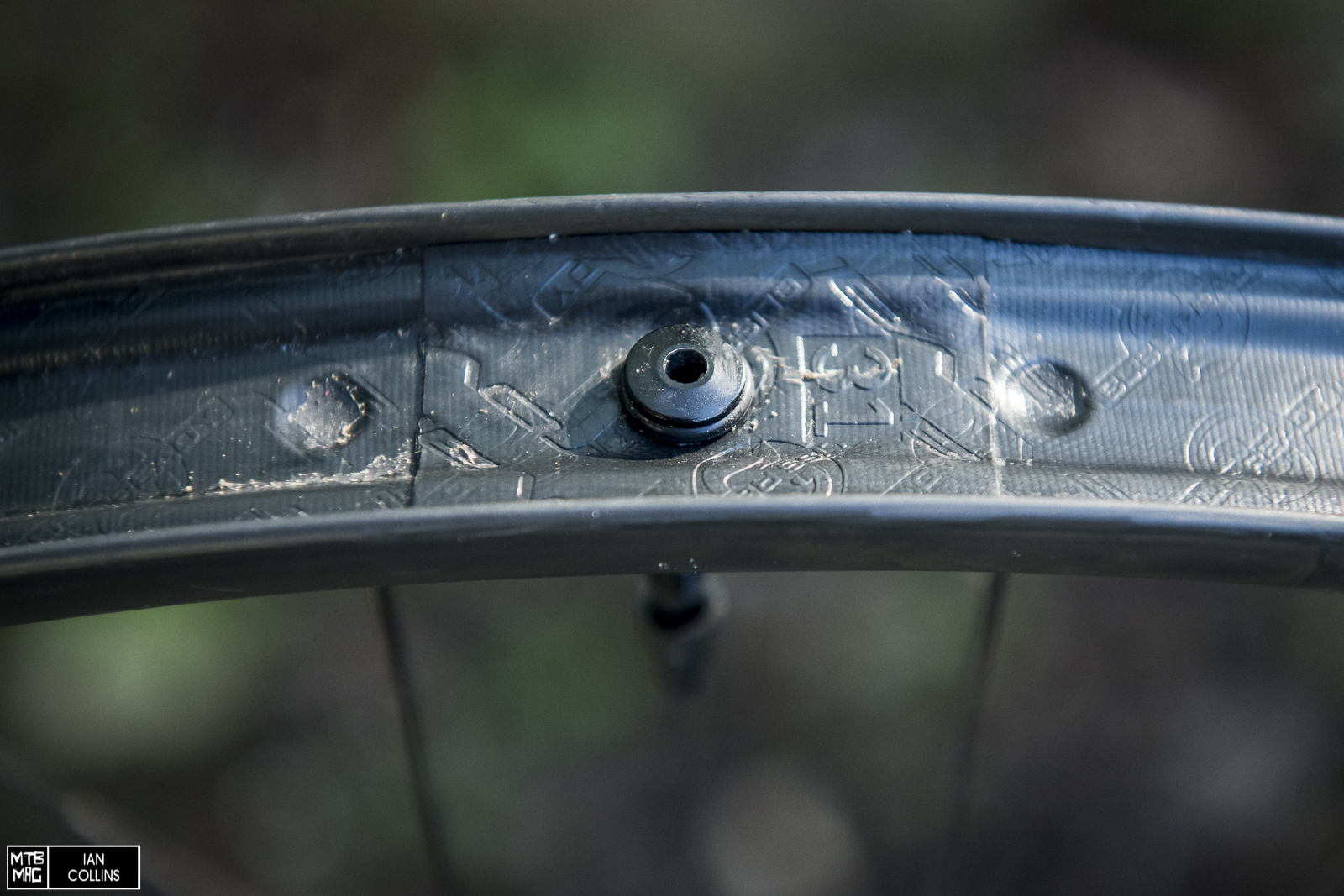 Last, but not least, a couple of details worth mentioning is that the wheels ship with a set of tubeless valves and very well thought out, durable rim strips.

Carbon fiber wheels can easily be constructed in a way that leaves them overly stiff and thus, they transmit too much feedback and beat you up a bit. This can be felt in vertical compliance as well as cornering stiffness, in which case they deflect. Conversely, they can be too noodly, although that seems to be less common these days. Anyhow – with the Roval Traverse SL’s that we’ve ridden in the past, it was the on trail feel that really won us over, and the new, standard Traverse is no exception. It’s worth noting that I rode both wheelsets with and without Cushcore tire inserts, and ultimately settled on removing them (Santa Cruz isn’t all that rocky) and using a lighter duty tire casing up front and a mid duty casing out back. Setting the wheels up tubeless was a breeze; one tire lever and a floor pump is all you’ll need. The rim tape that Roval uses is excellent – it’s thick and adheres well, much like Gorilla Tape, which is a great, low budget alternative that’s available at hardware stores all over. 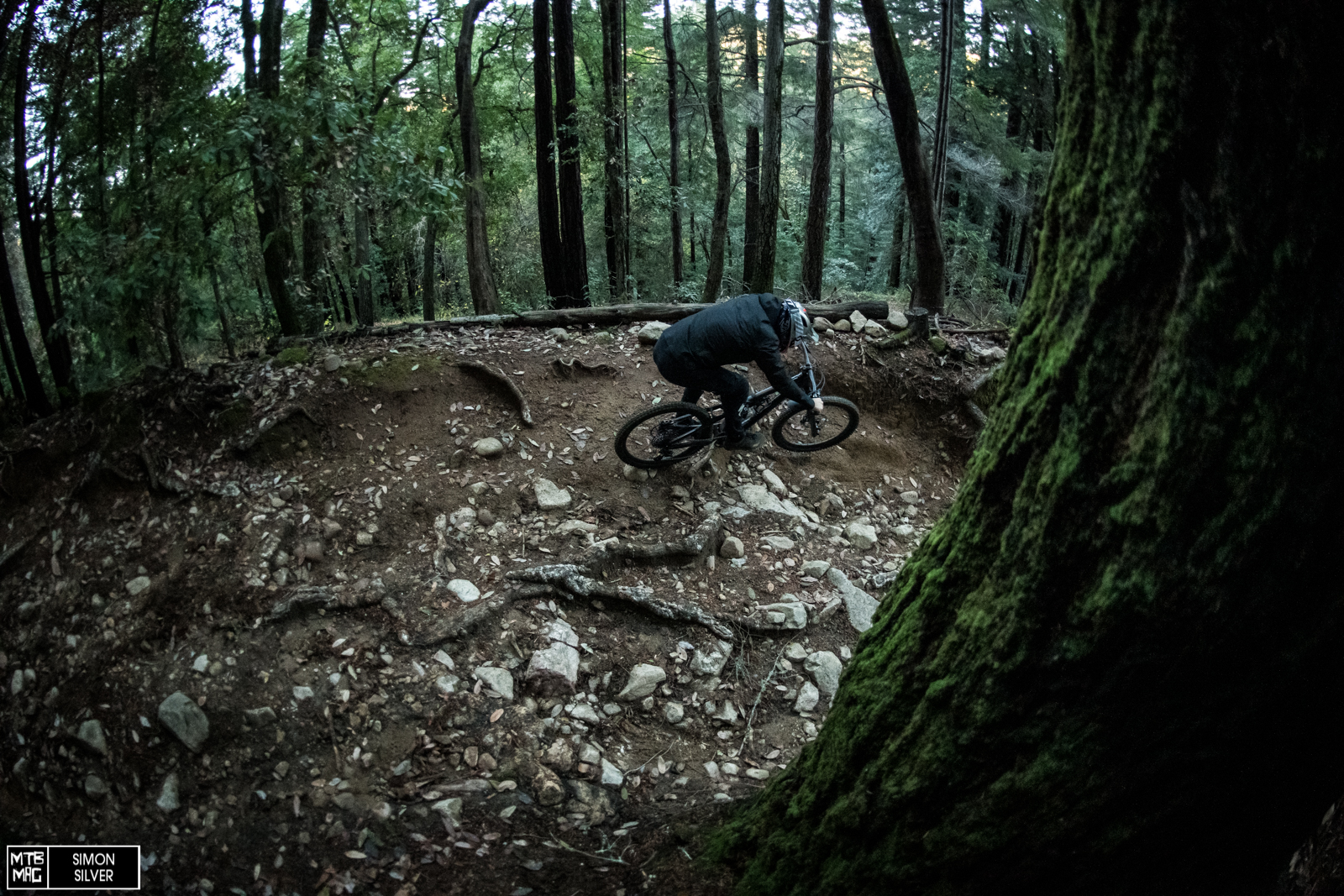 Compared to the SL model, I think there was a perceptible increase in side to side (read: cornering) stiffness with the standard Traverse, but not to the point that it encroached on comfort or began to deflect. This is clearly due to the spoke thickness, profile and lacing pattern. As far as tire feel is concerned, 30mm internal rims give a nice footprint with anything in the 2.3-2.7″ range, provided the tire isn’t all that abundant in volume. If you’re a plus size tire rider, you’ll want to look for something in the 35mm internal width range. 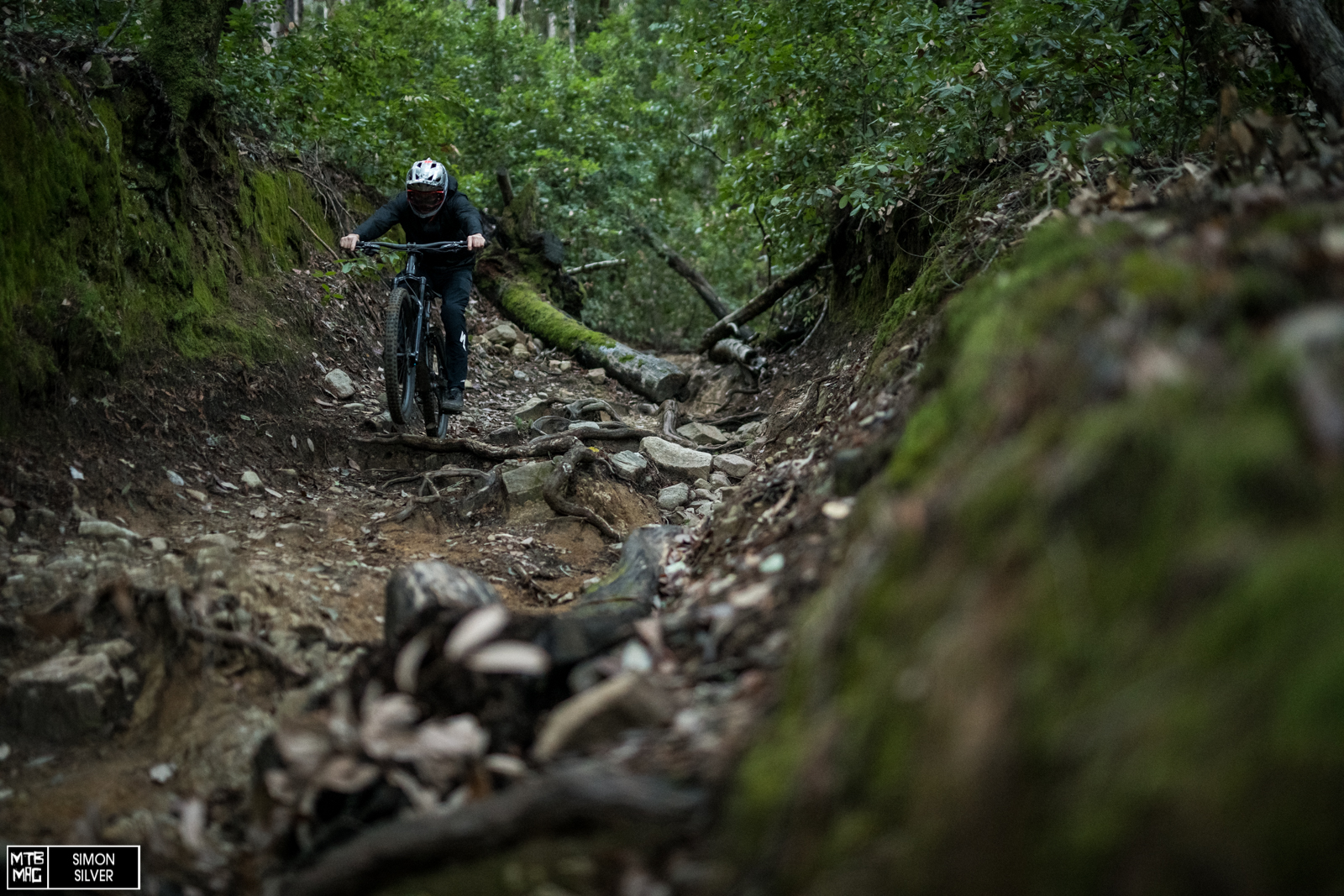 If there was anything that didn’t blow us away, it was the engagement. On technical climbs and while trying to put power down directly out of turns, having a fast engagement is really nice. It’s also hard to go back to a hub with slower engagement. The good thing about the DT hubs is that they’re modular and you can upgrade to the much faster 54 tooth star ratchet for just $48, if it’s the kind of thing that really bothers you.

For $1,200, I can’t think of a better set of wheels than the Traverse. At the same price, the Bontrager wheels come close…really really hair splitting close, and beat them out in terms of engagement in stock form, but they’re ever so slightly less compliant, have bladed spokes and a wacky rim strip. You can upgrade to a faster star ratchet in the Rovals’ rear hub and install it in seconds (tool free) without breaking the bank. I haven’t had any major crashes in either the Traverse or Traverse SL, but I’m confident in claiming that the standard model would be stronger, particularly under heavier riders; certainly compared to the old SL anyway. Regardless of how you look at it, pound for pound and dollar for dollar, things just keep getting better and better in the bike world.