Tight would be the best adjective to describe the racing in Mt. St. Anne, Quebec today.

Luca Shaw took back the lead from Loris Vergier in Juniors.

In women’s Rachel Atherton upset Tahnee Seagrave with a time 9 seconds faster than Manon Carpenter’s qualifying time showing just how much harder the track could be pushed once it dried out… Emmeline Ragot came down .04 back from Rachel – Rachel seems to back back on form but not enough to take the win as Manon Carpenter defended her blazing qualifier and took the win by .7 seconds. 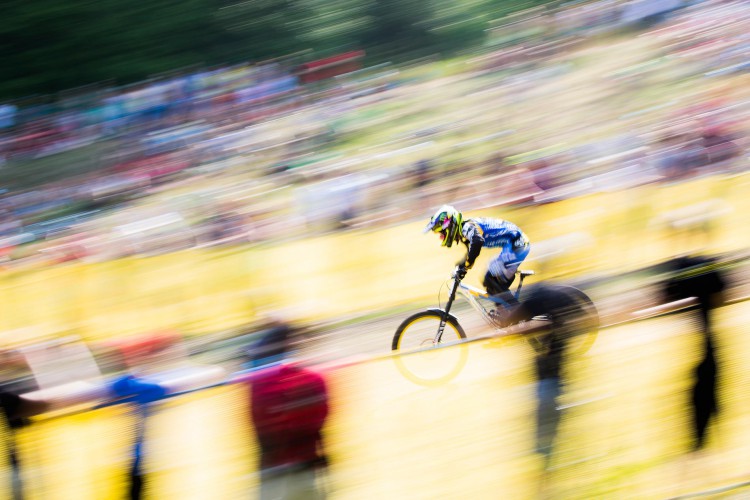 In the men’s it was a nail biter all the way. Remi Thirion stayed in hot seat for quite some time until he was upset by Loic Bruni by 2.999 WITH a flat back tire – schwalbe duocore seemed to get him down the hill fast and safe. Shortly after, Greg Minnaar came through and ousted Bruni’s time with a clean run despite having an inured hand. Speaking of injured hands, Gee Atherton showed brilliance after some massive crashes in practice and stormed down with an amazing run despite nursing massive amounts of pain. 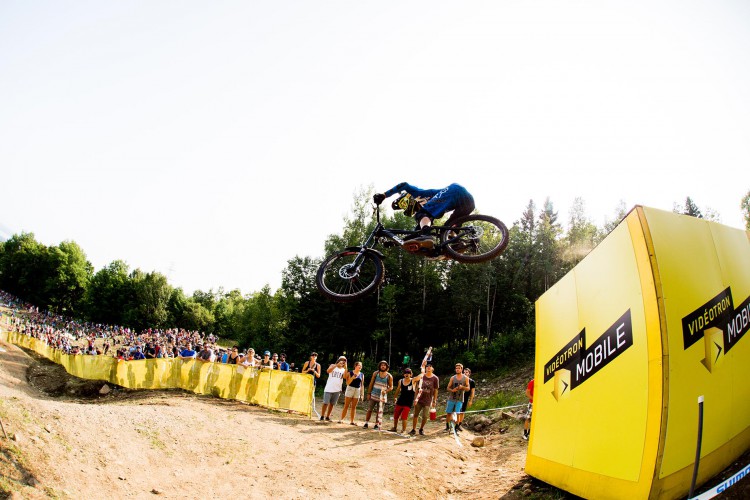 After Minnaar and Atherton came 2 wild runs. Sam Blenkinsop stormed back to his classic form to upset Greg only for Danny Hart to oust Blenki’s efforts. Both took wild aggressive lines but in the end it was Danny that trumped.

Next it was Aaron Gwin who had a clean,fast looking run, but just didn’t have enough in the tank to upset Danny.

Sam Hill laid down a brilliant run, drifting and raging down the iconic 24 year old track where he took his last major win in 2010 when he won Worlds straight out of rehabbing a knee injury. Would it be enough? Needles had a great quali but on his 30th bday his run wasn’t in his favor. 3 massive crashes practice may have slowed him down as he sat aways back and didn’t back up his pace yesterday. HBD Needles!

As the tension mounted, Troy laid down a clean run but just didn’t take the risks and lines that Sam was will and able to. 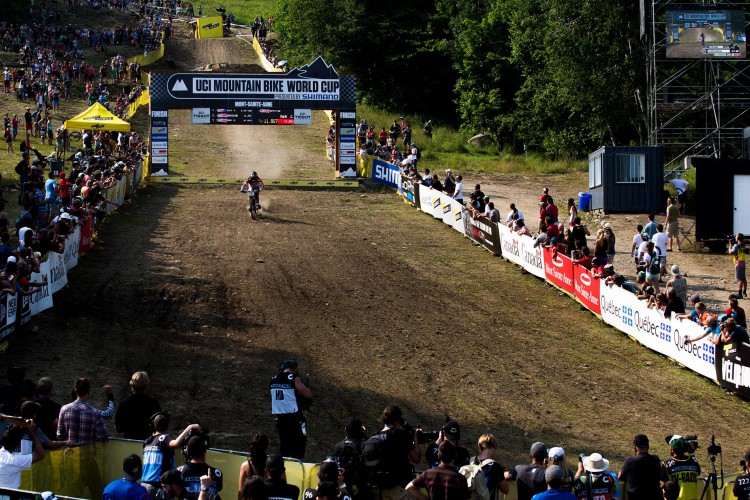 Ratboy was next – straight off of qualifying fastest and his first win in Leogang, would his new 27.5” V10 take him to the top step? After some creative lines and a very casual looking run it wasn’t enough and Sam the king took the top step. Generally stoic and underwhelmed it was quite nostalgic to see Sam on the top step in tears. After 5 years of battling injuries and tough luck everyone is floored to see the fan favorite taking a major win. What a race! 5 rounds – 5 tracks – 5 winners – what a season! 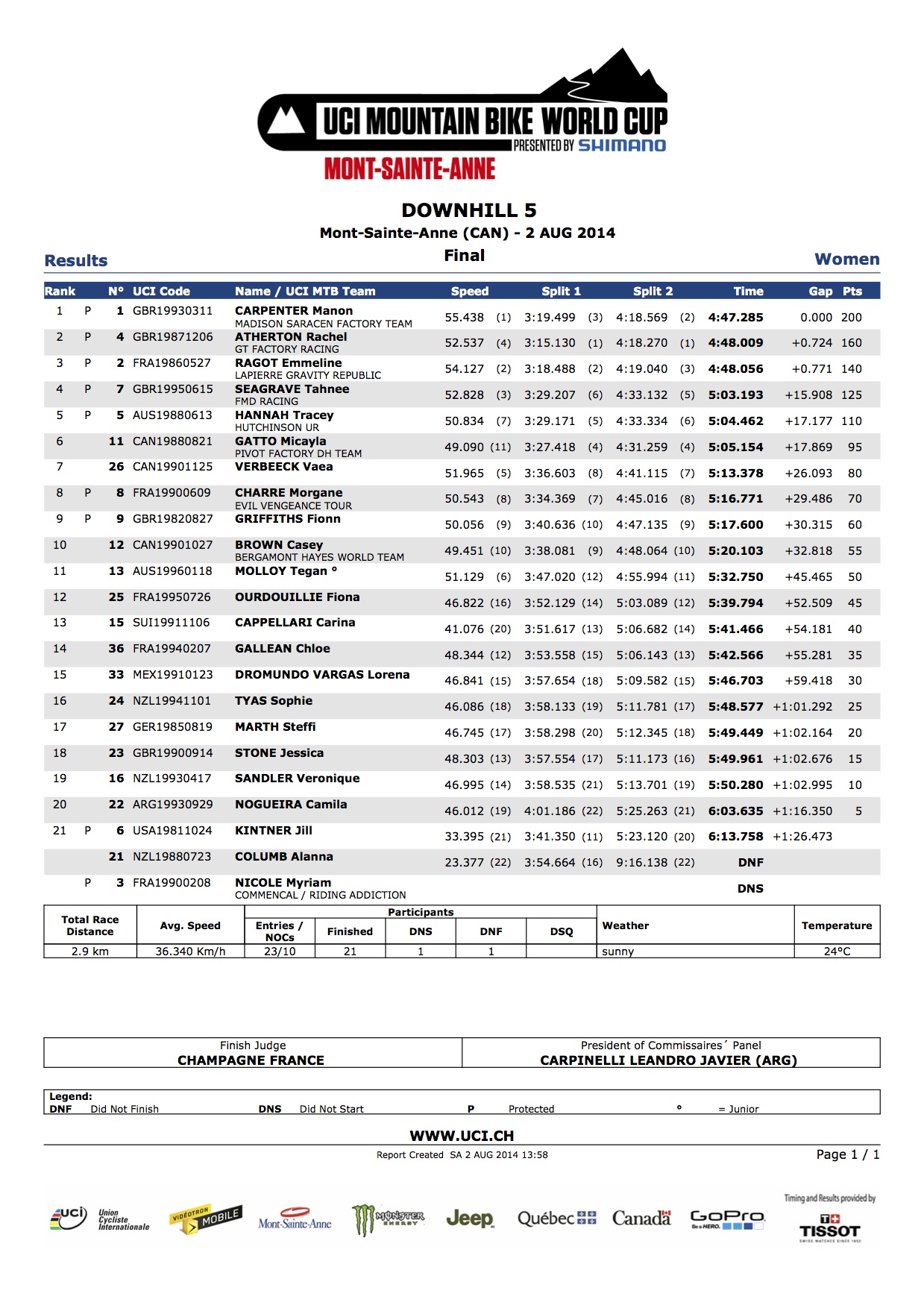 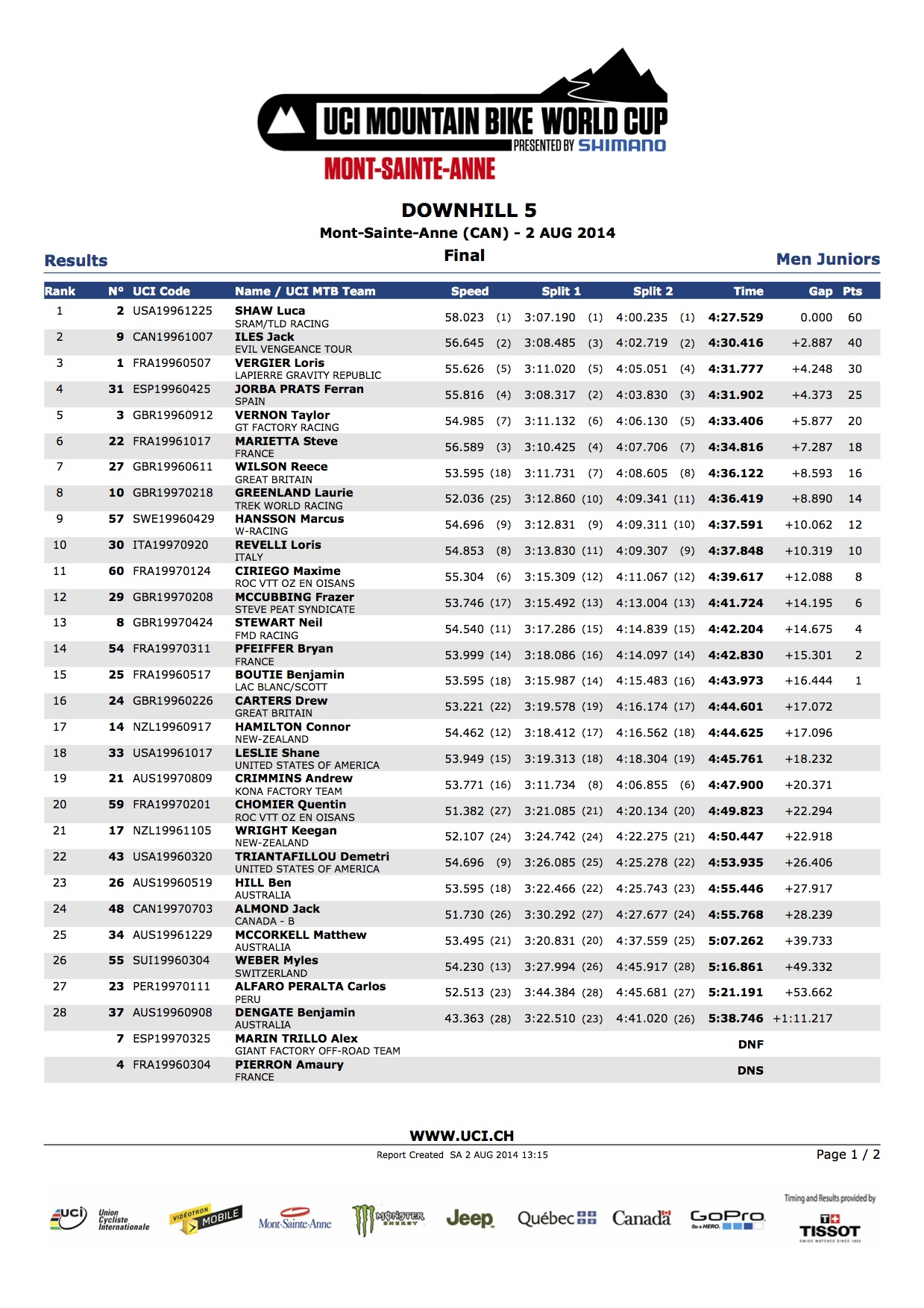