Fantastic weekend on home soil for Scott: the Swiss brand factory team won both the men and women worldcup elite races in Lenzerheide, thanks to Nino Schurter and Jenny Rissveds, who celebrated her first worldcup victory in the elite category. On top of that, Remy Absalon won the Alp d’Huez Megavalanche, on Scott too. We will have a dedicated article and gallery about that event. 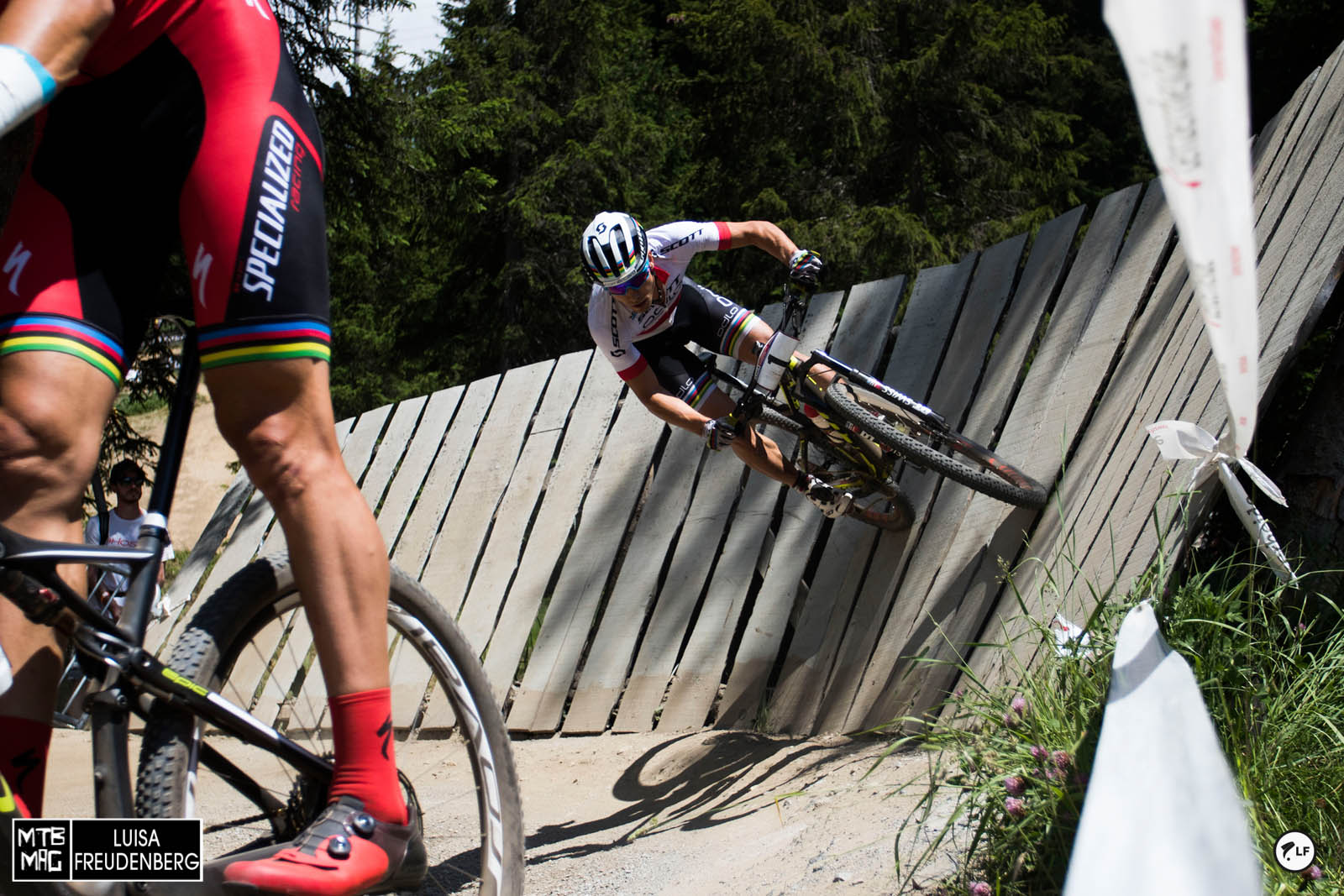 Nino Schurter’s dominance has been overwhelming: despite a pedal clip problem at the start that threw him back in the pack, the XCO world champion could pass several riders on the first lap and close the gap to the leading group. 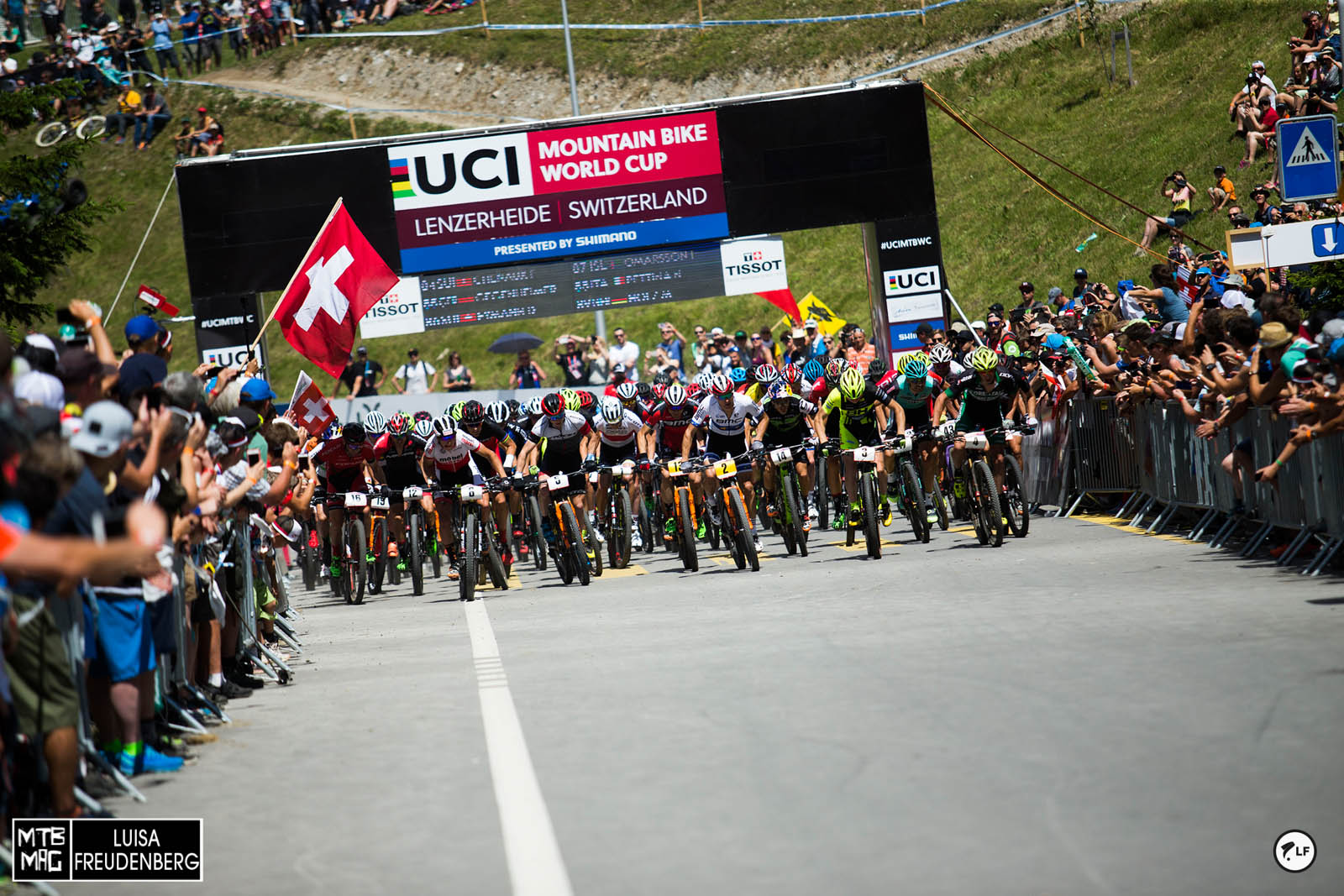 After following Kulhavy pace for a lap, he passed him too and started a solo race. 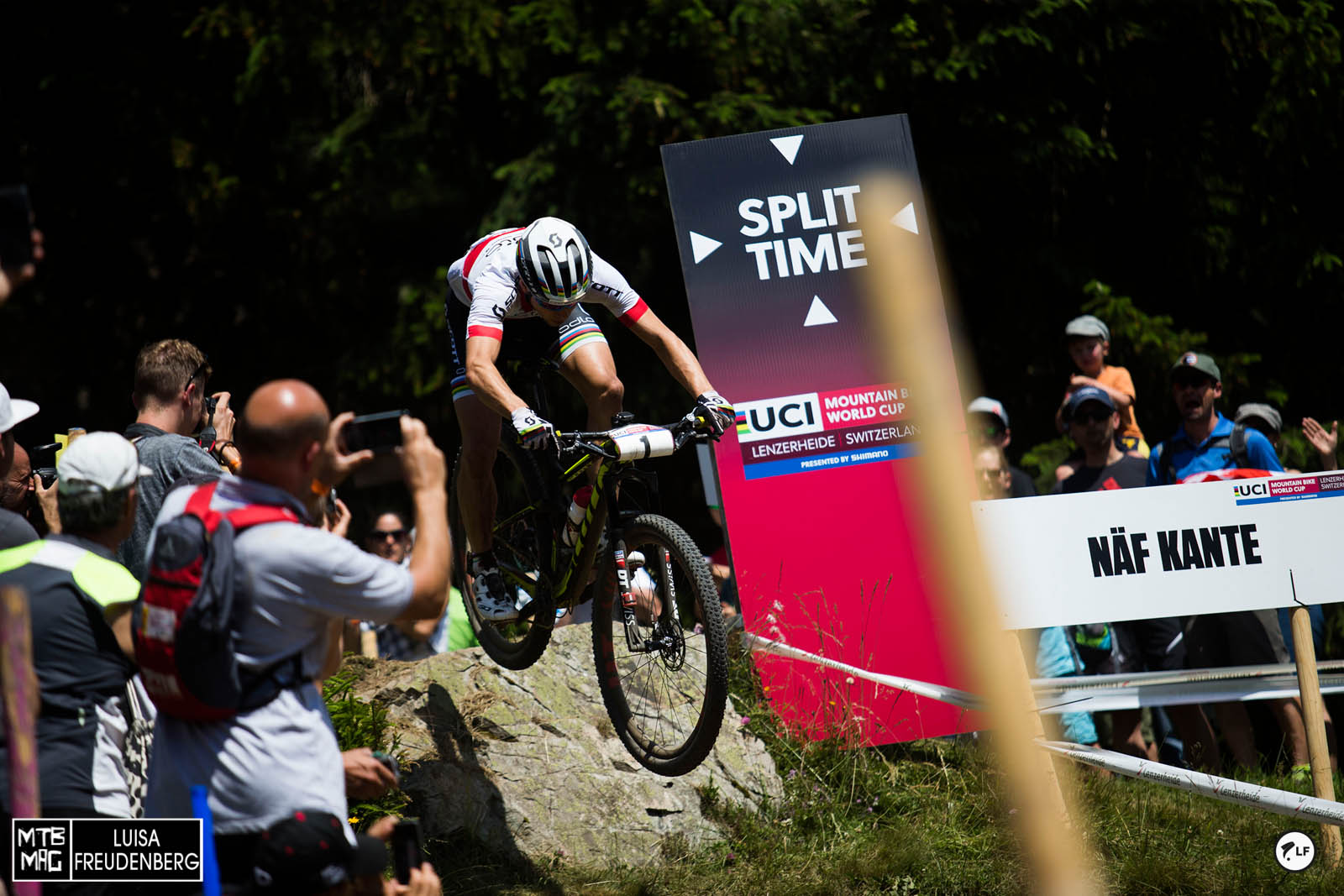 The Czech rider lose some time from a flat tire, and the race was already decided. Only the fight for second place, between Absalon and Marotte, brought some excitement, apart from Nino’s whips on the last lap. 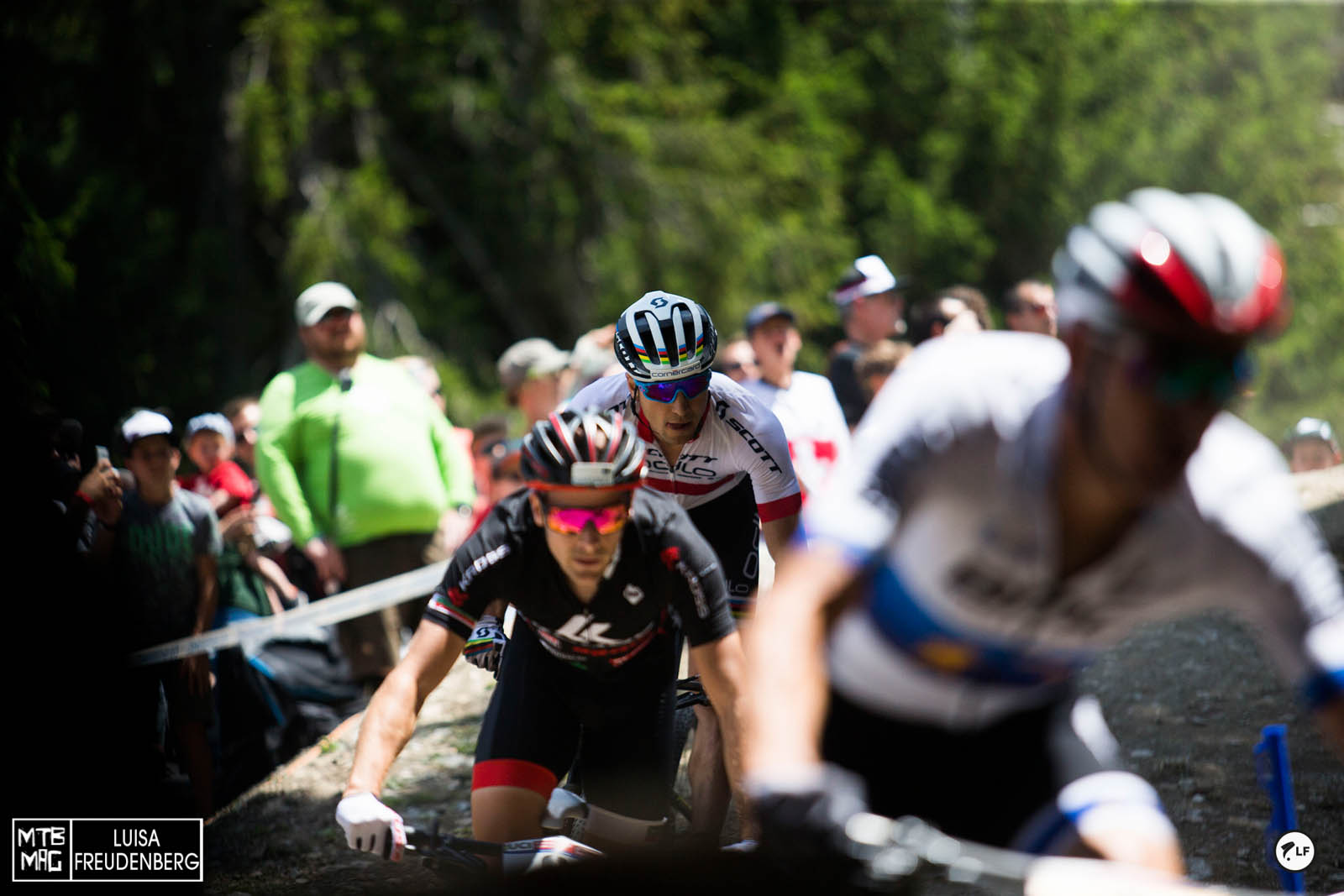 Absalon could pass a tired Marotte during the last lap, while Kulhavy finished fourth. 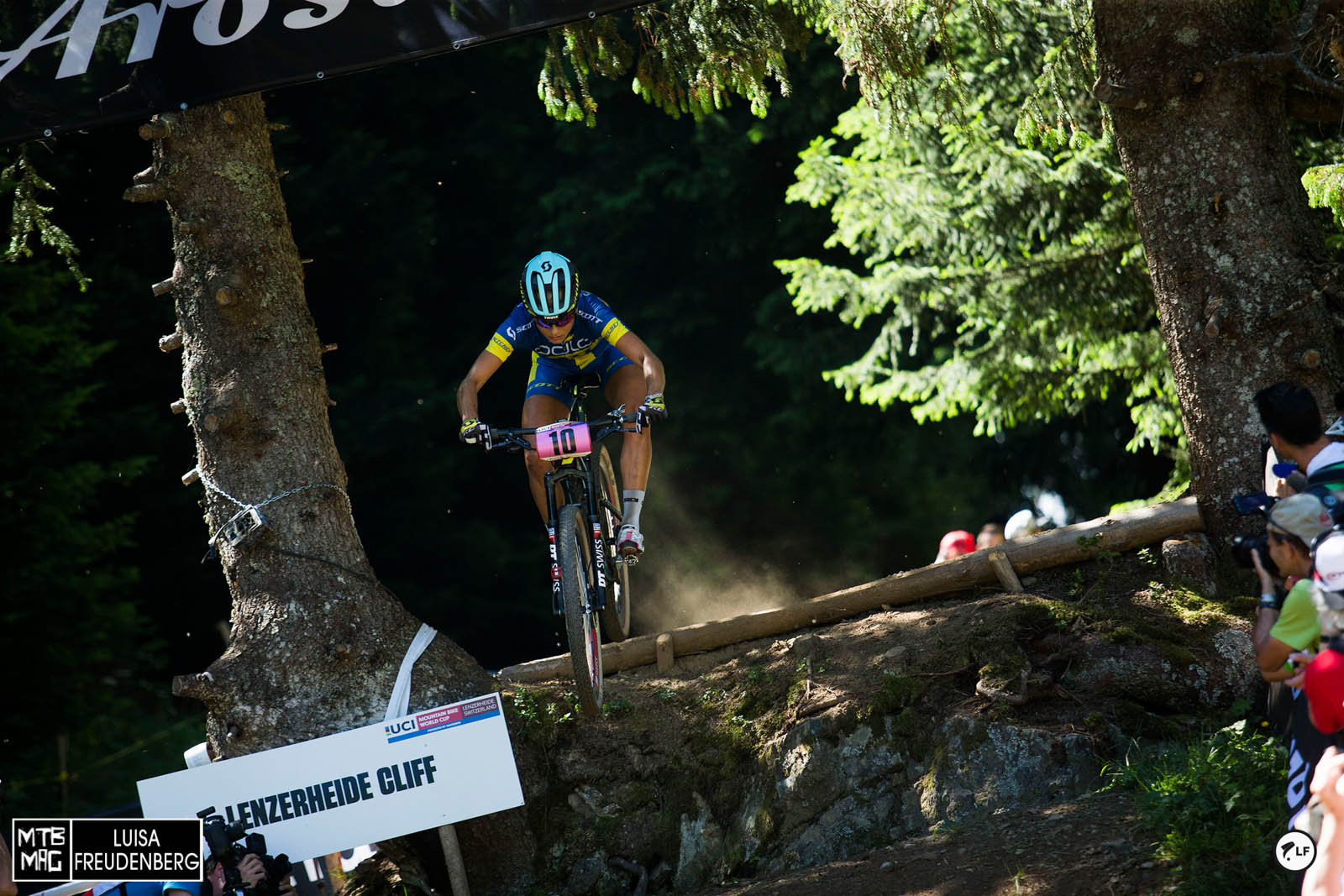 Jenny Rissveds won in front of Langvad and Neff, winning her first Elite race while being still a U23. Here is the video of her track check with Thomas Frischknecht:

Schurter has now won 20 worldcup races, still far from Absalon’s 31, but already 3 more than Frischi himself. If you are asking yourself what tires Nino was riding, we are allowed to say that he is experimenting with wider tires and wider rims at lower pressure than his usual tubulars, in order to improve the rolling resistance.

This is the last worldcup race before Rio for Schurter: Mont Sante Anne is too close to the Olympics,  he will skip the Canadian venue, and probably some other athletes too. A good chance to have a new XCO WC race winner, finally.