[Press Release] – Building on the success of the 2021 season, which included a silver medal at the Olympics and an XCC world championship title, Specialized Factory Racing has added two exciting riders to the roster.

Christopher Blevins, the 2021 XCC World Champion and winner of the final XCO World Cup in Snowshoe, joins SFR on a multi-year contract, allowing the American rider to compete across multiple disciplines. 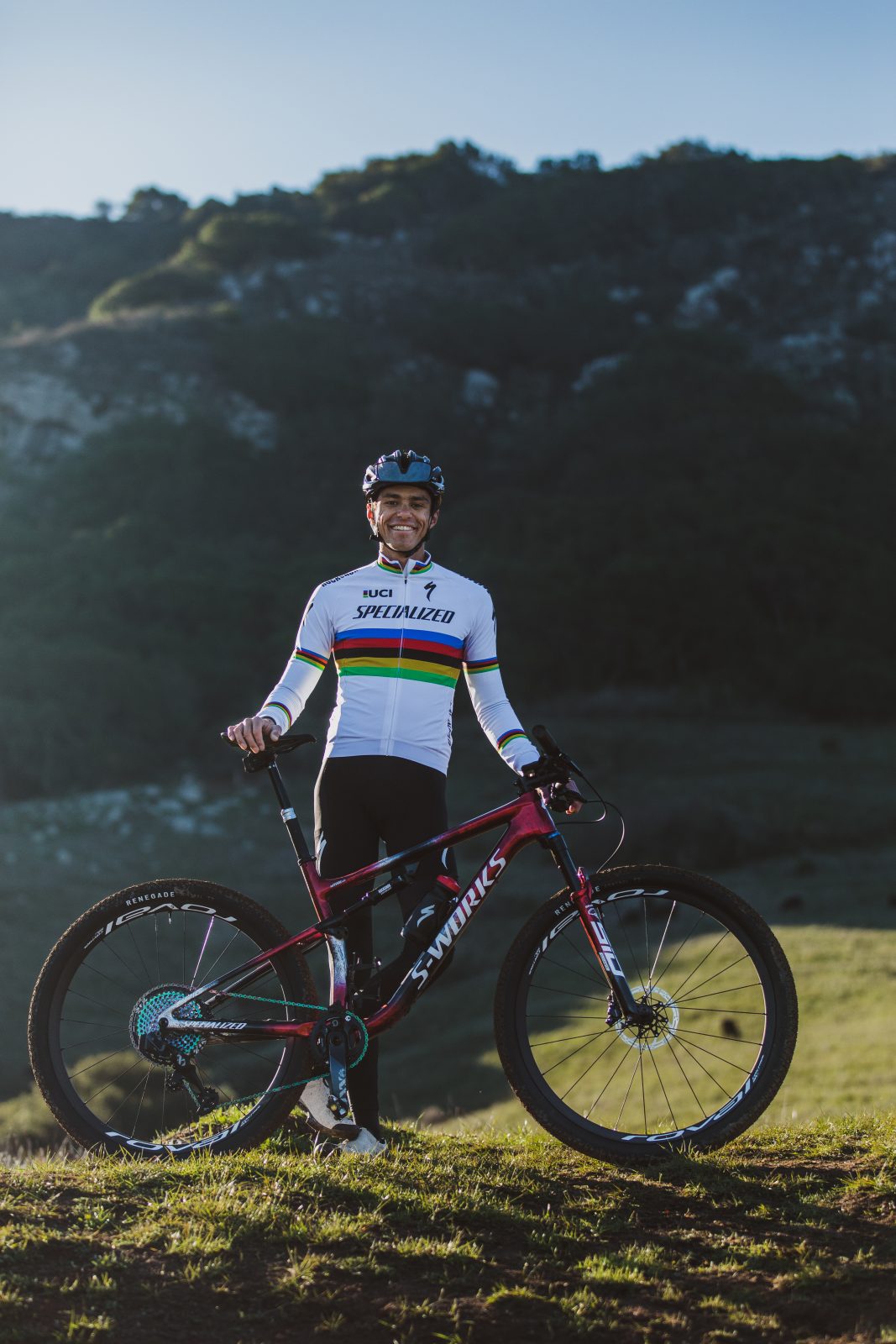 “I am excited to join the SFR. It is a great environment, and a lot of excitement is building towards the 2022 season, including the Cape Epic, XCO World Cups, and everything in between. The SFR setup provides me with world-class equipment, but what makes me feel at home is the environment within the team. Everyone in the team has heart, and there is some good humor too, so when things get hard, everybody stands together. ” – Christopher Blevins

Blevins, the youngest male rider in the team, has big goals for the upcoming season and feels that he can learn from his teammates, including the 2020 XCO World Champion, Jordan Sarrou. 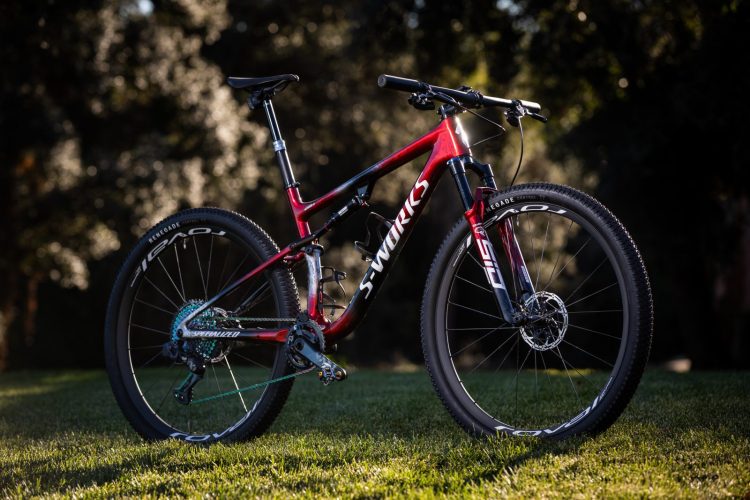 “I am targeting the Cape Epic in the spring. It is a race that I have wanted to for a long time, and now that I am old enough to handle it, I am going there to win. With nine world cup XCO races in 2022, there are plenty of races to peak for, along with some short track races. The short track is inspiring, and I would love to fight for a podium spot there. Being on the same team as Jordan Sarrou and Gerhard Kerschbaumer is exciting, and I look forward to learning from them.” – Christopher Blevins

Blevins is not the only new addition to the SFR team; compatriot Haley Batten has joined the team on a multi-year contract.

“Being part of Specialized Factory Racing team for 2022 is extremely motivating for me. The program is built with passion and big goals, which is an environment I’m excited to be part of. After progressing as an athlete in 2021, I believe that this team and the people involved will help me improve and prepare for the season to come. As my second season in the elite World Cup in 2022, I’d like to show more consistency and make my mark on big events like World Championships. I know that there are a lot of aspects of my preparation that I can continue to improve upon, so I plan to show that I am capable of being one of the top riders in the world” – Haley Batten 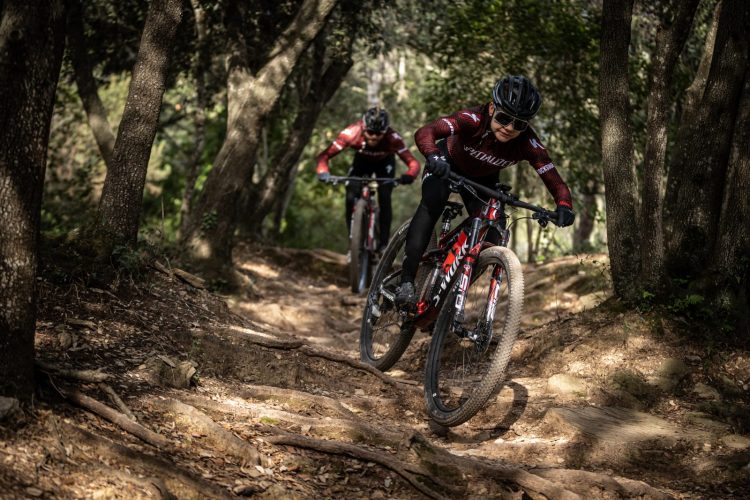 “Adding two more elite riders to the team is very exciting, especially young, talented riders like Haley and Chris, but make no mistake, we have to be at our best to allow every rider to achieve their goals in a racing year. Adding riders to an existing structure means adding staff to handle the additional mechanical, physical, and logistical challenges. We are confident in our world-class support team working hard and passionately to make sure no one feels left out. With six elite riders, split equally between male and female, we, the team, can be present at the biggest races of the year, performing at the highest level while ensuring that riders get the necessary rest and training to perform at the highlights set and for them. A new era to structure an elite team, and with Paris 2024around the corner, just the right time to get started
.” – Benno Willeit

At only 25, Sina Frei (the 2021 XCC World Champion and Olympic silver medalist) is the most senior female rider in the team and has high ambitions for the upcoming season.

“After being with the SFR team for a year, I am very comfortable with the team and the structure and look forward to more success in 2022. My main focus will be on the overall XCO World Cup podium, and the World Championships in Les Gets, France” – Sina Frei 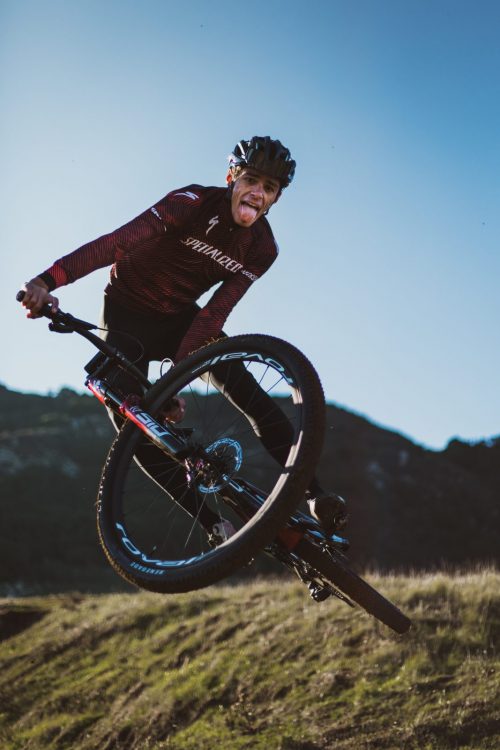 Young Austrian talent Laura Stigger completes the female roster for SFR and is keen to build on the experience she gained in her first year as an elite competitor.

“Everyone in the team gets along very well, and we have a great understanding. Between the riders and staff, there is a wealth of experience and knowledge, and I am excited to learn even more in the next year” – Laura Stigger

Jordan Sarrou and Gerhard Kerschbaumer remain two of the team’s pillars, focusing on individual podiums and will undoubtedly play a mentoring role in an otherwise young squad of riders.

“The team supports us very well. We have a big role in the team, and the staff trust you and vice versa. The team is very experienced, knows where to go, and makes life very easy. I am still very motivated to improve my past performances, and I love to win. This is my job, and I love what I do” – Jordan Sarrou

Kerschbaumer is fired up to show his true potential in 2022 and believes he has all the tools necessary to achieve his goals in the coming season.
“My dream is still to become world champion, and that inspires me to keep on racing, and SFR is totally supporting me in every point to be successful” – Gerhard Kerschbaumer