On our brief Northern California road trip we had an opportunity to stop in to the Bell/Giro headquarters in Scotts Valley, California. Easton cycling was a part of this group until its very recent acquisition by Race Face. The good people at Bell were in the middle of moving a great deal of the Easton equipment out and making some more space. That didn’t stop them from showing us around and giving us a tour of their facility. 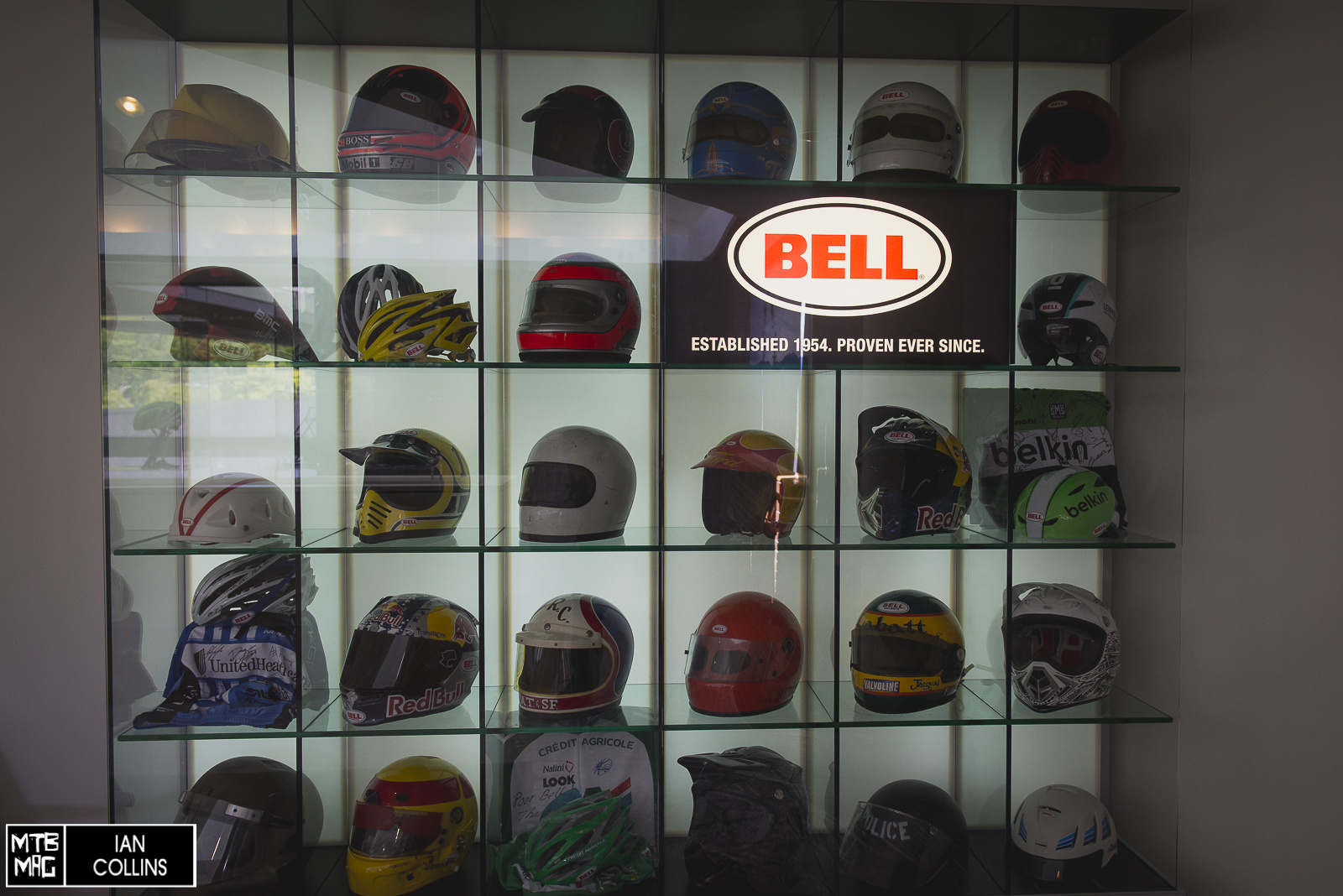 The company started in 1923 as Bell Auto Parts in Bell, California. It produced its first race car helmets in 1954. There is a great deal of proud history throughout the building. 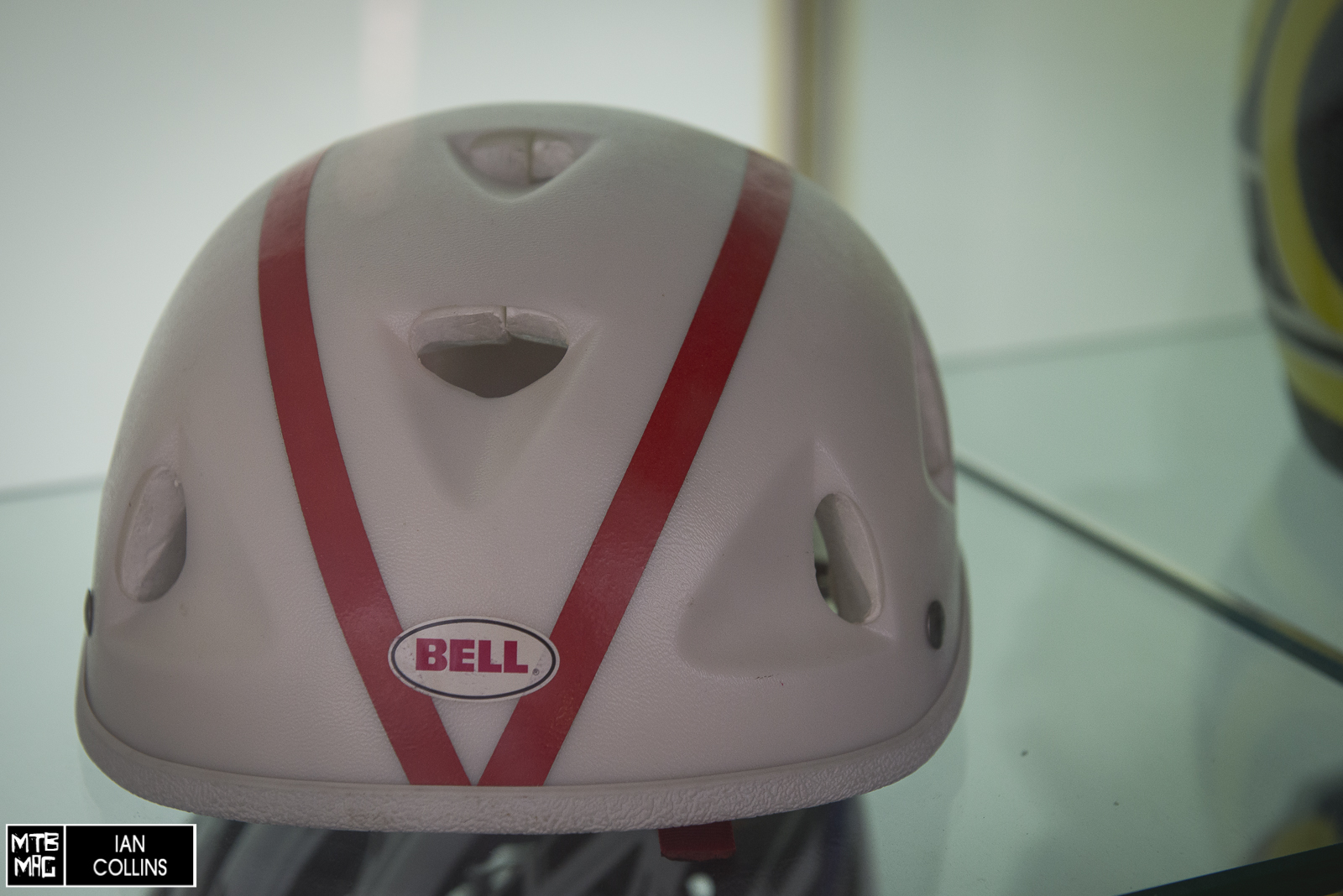 This is where it all began with cycling. In the mid 1970’s Bell invented a helmet with EPS foam and a hard shell. The EPS foam was the first attempt made at absorbing impacts. 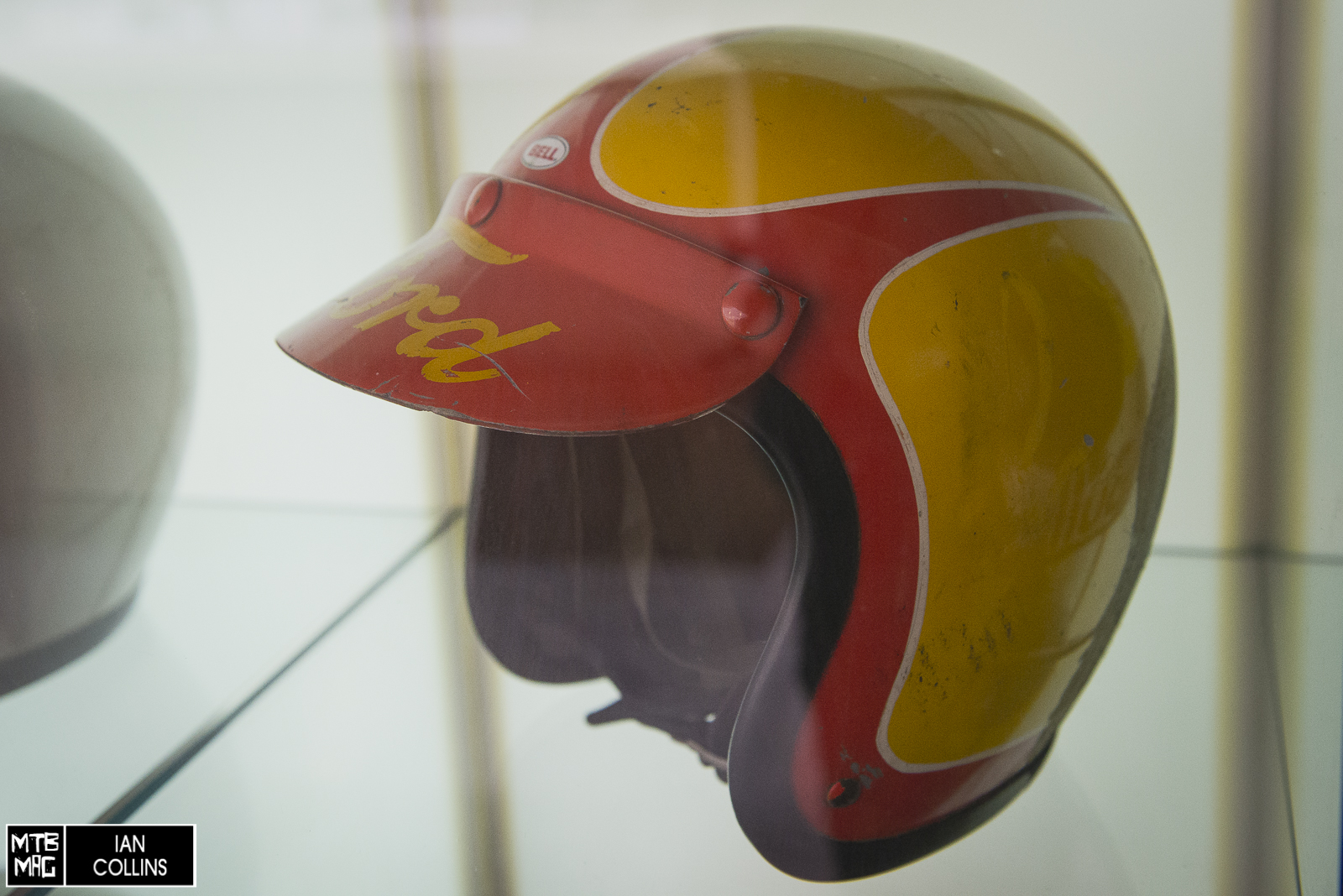 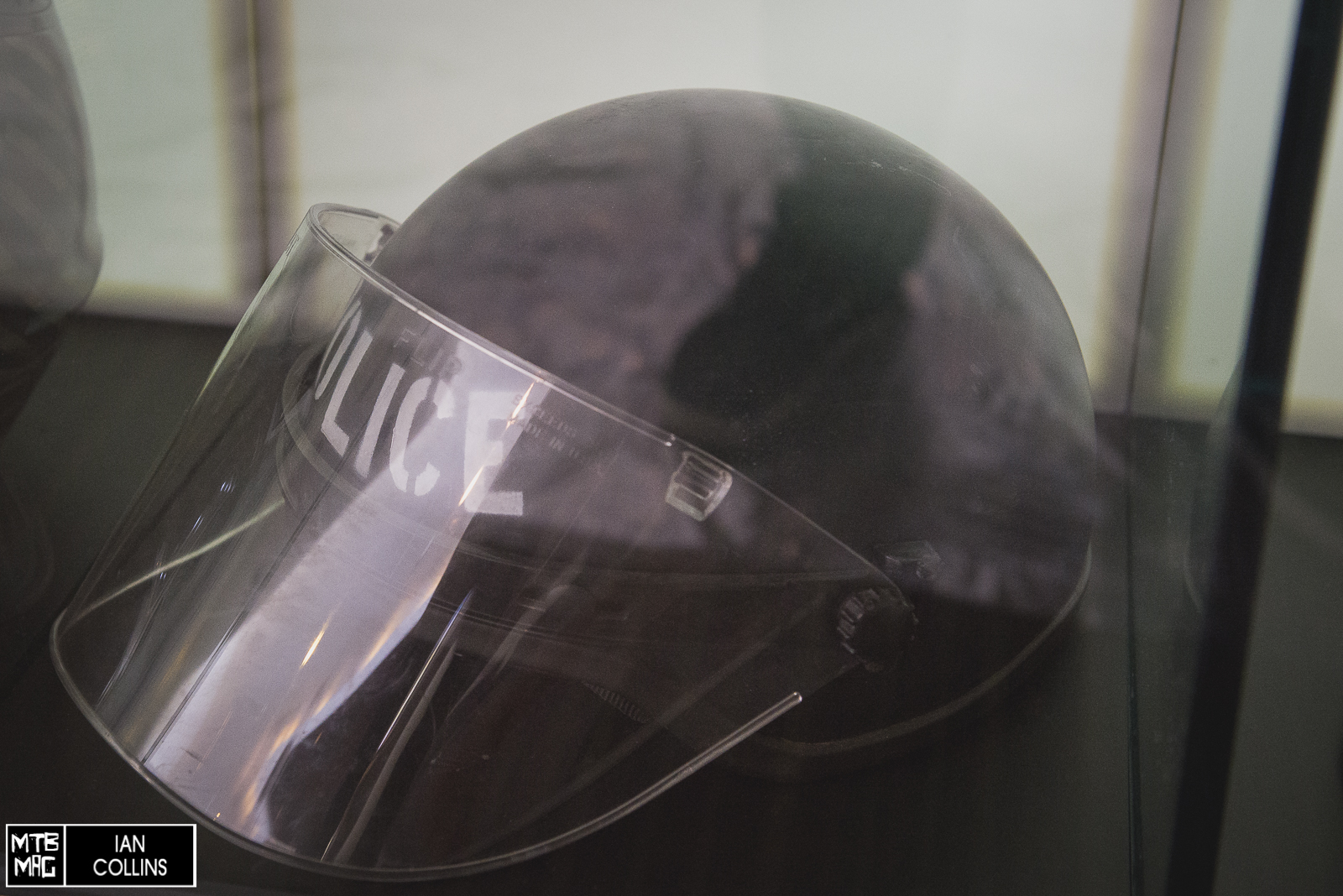 Over the years Bell has not only pioneered some great inventions and safety measures in cycling and motorsports, but also has done a great deal of contracted work ranging from Police SWAT to Military protection. Much of Bell’s innovations and experience has come from working across multiple platforms. Bell and Giro – although they are co-owned, operate independently of one another in virtually all business aspects. Bell is downstairs and Giro is upstairs. This keeps them working more competitively and coming up with better and better ideas. 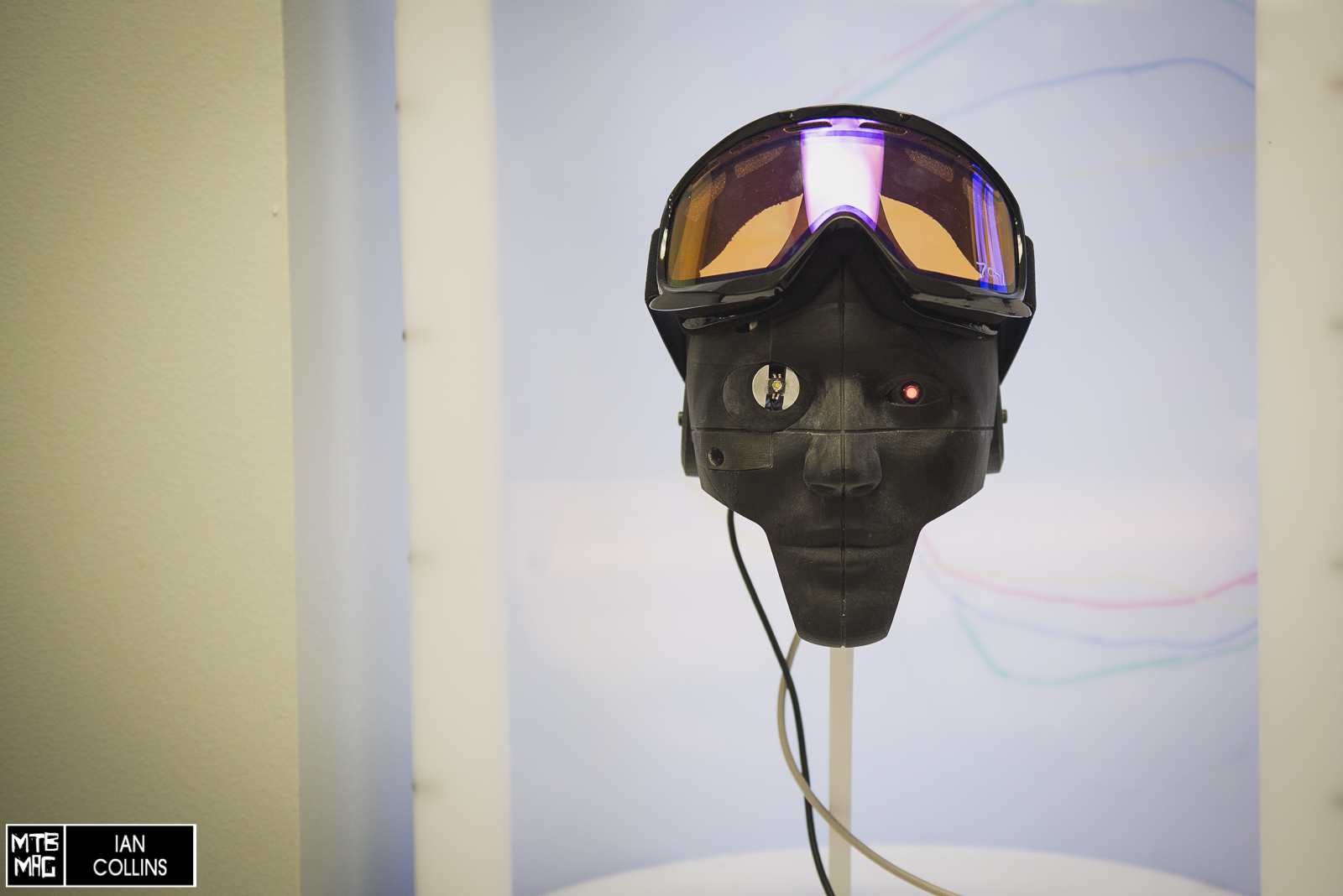 Speaking of Giro, we didn’t really get an opportunity to check out much of their equipment, but we did see this need neat little goggle testing station. We assumed it was to test the strength of the lenses, but it was actually to measure light transmission! 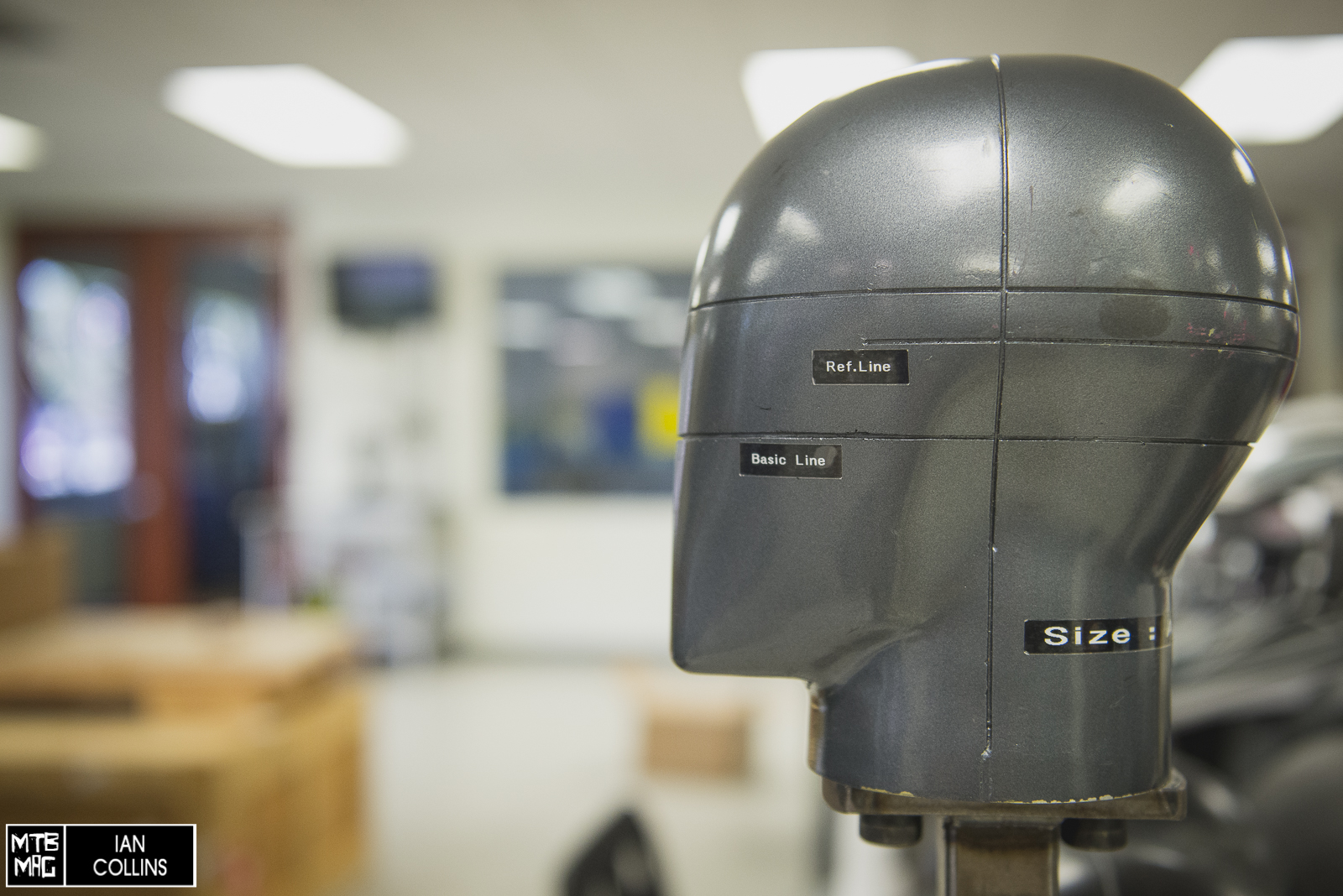 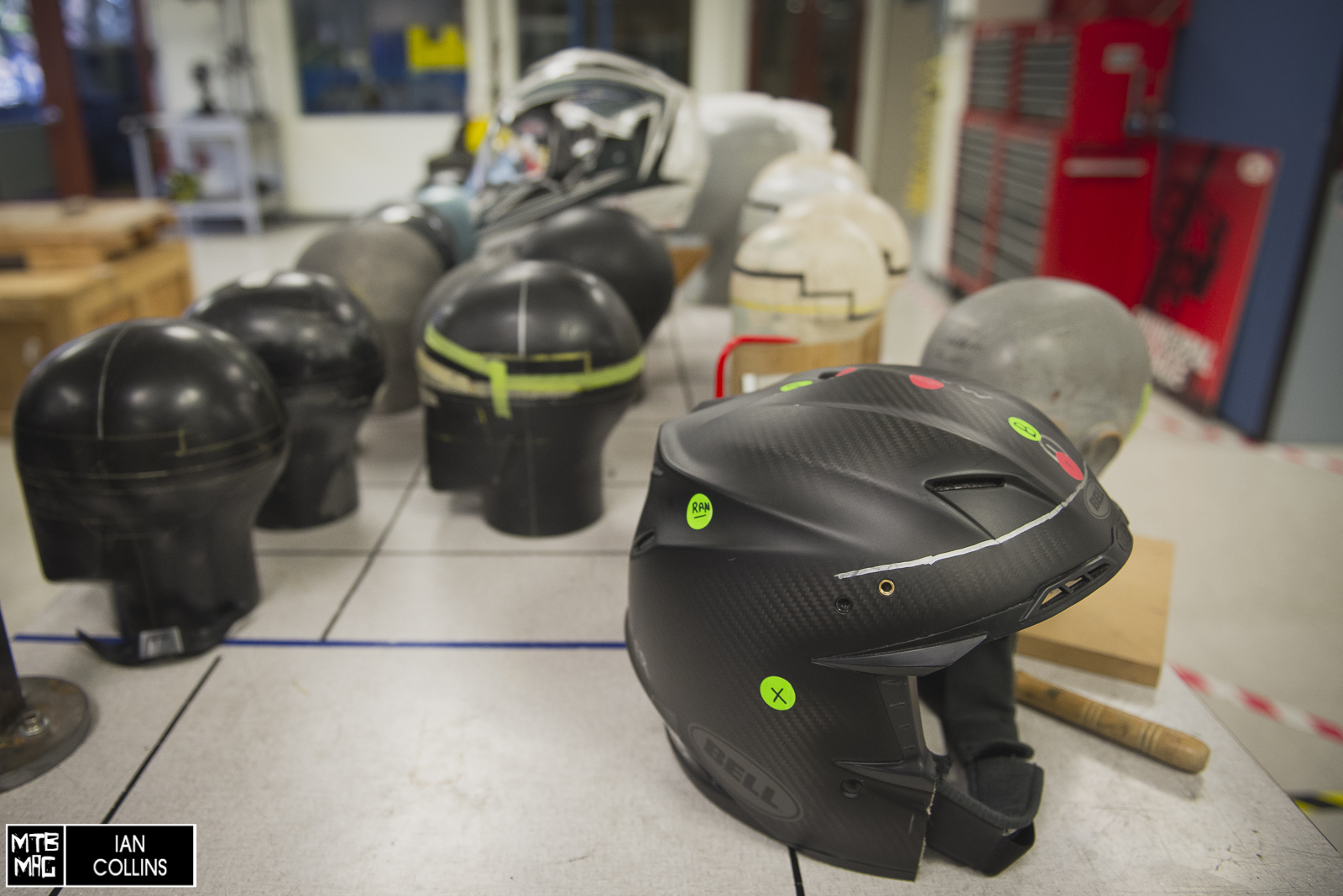 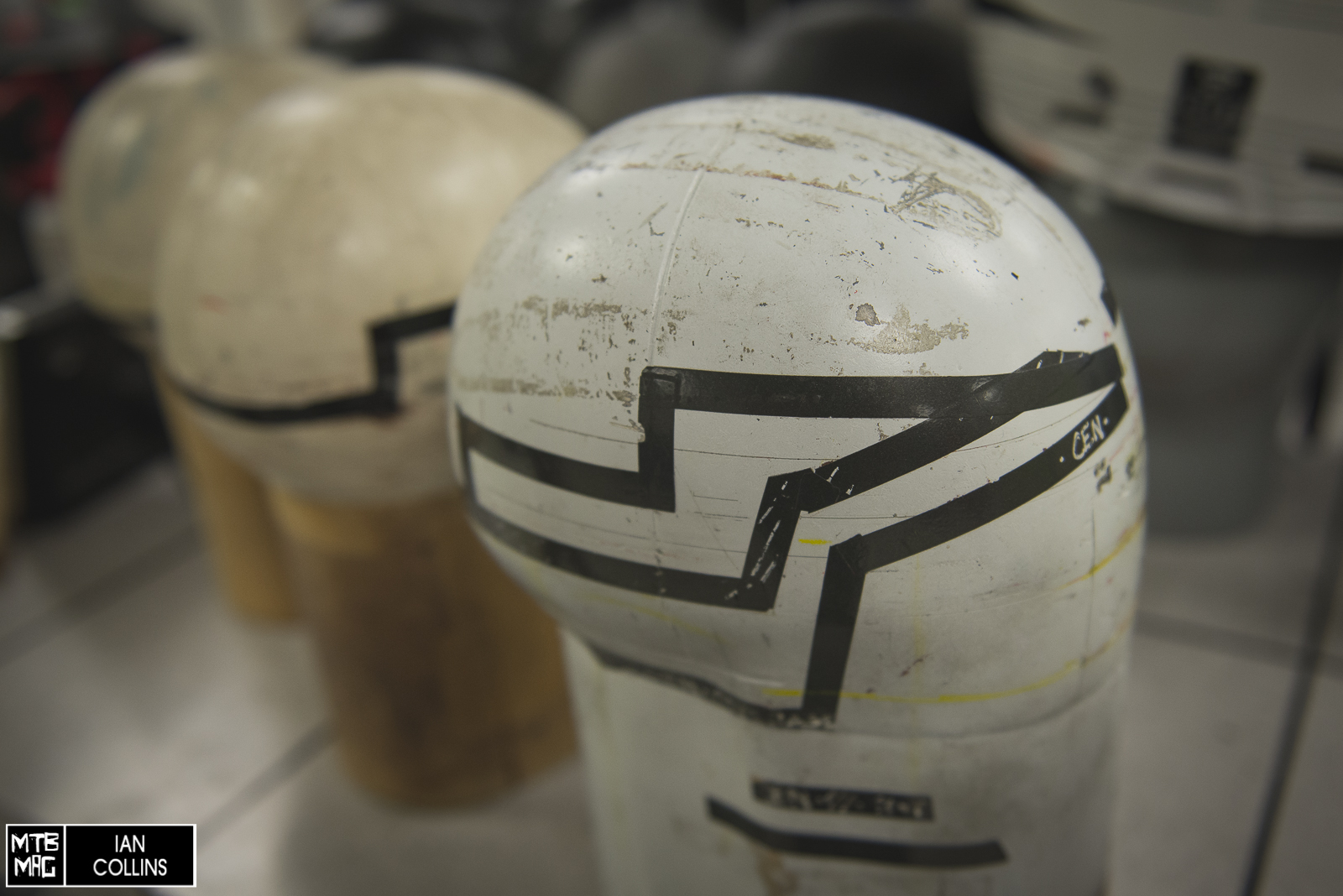 A great deal of safety testing happens all in house here at Bell. We learned that there are far more variables than expected when building a helmet with safety being the number one priority. An enormous amount of effort goes into making sure that Bell helmets don’t just pass safety standards but they exceed them by leagues and fathoms. 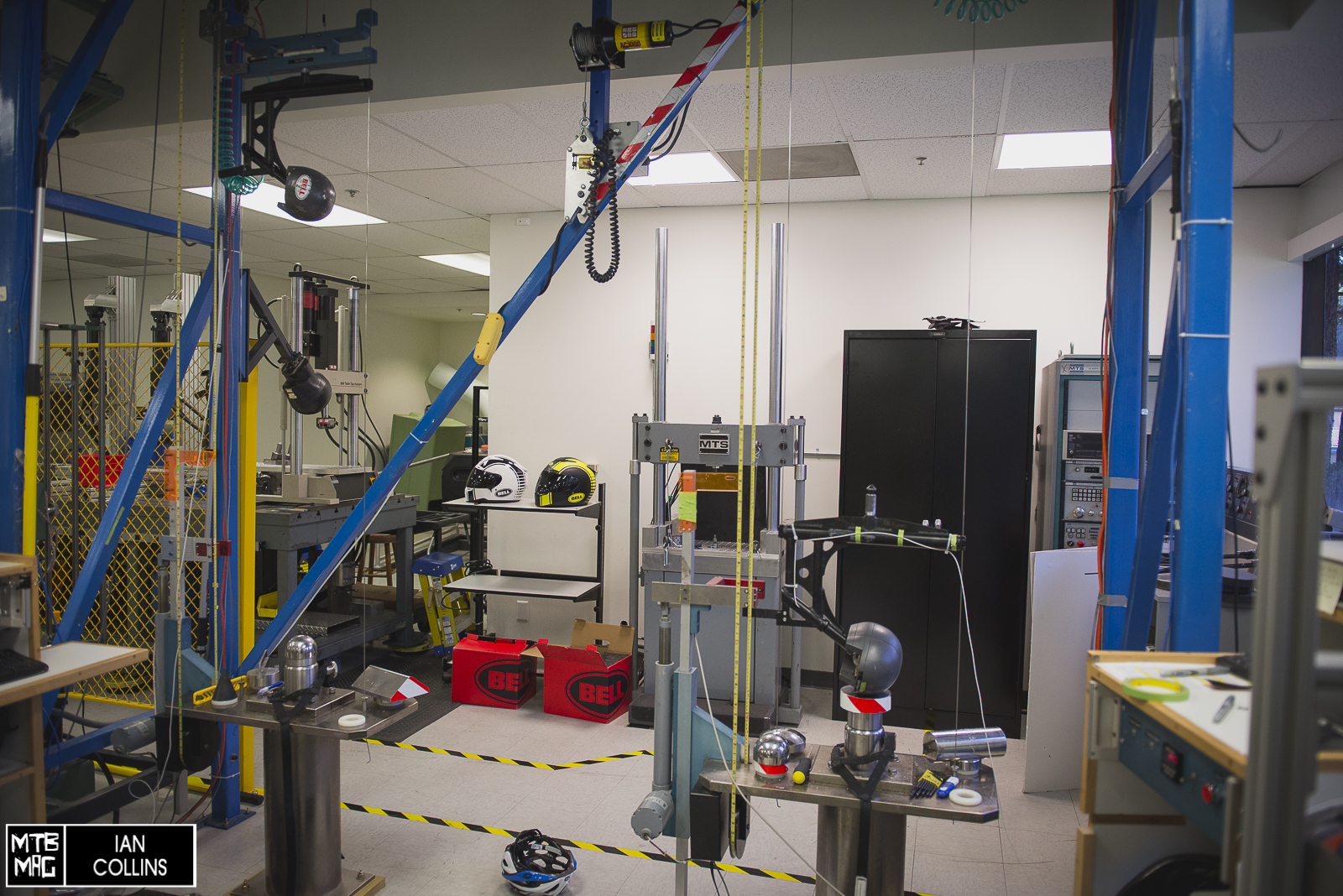 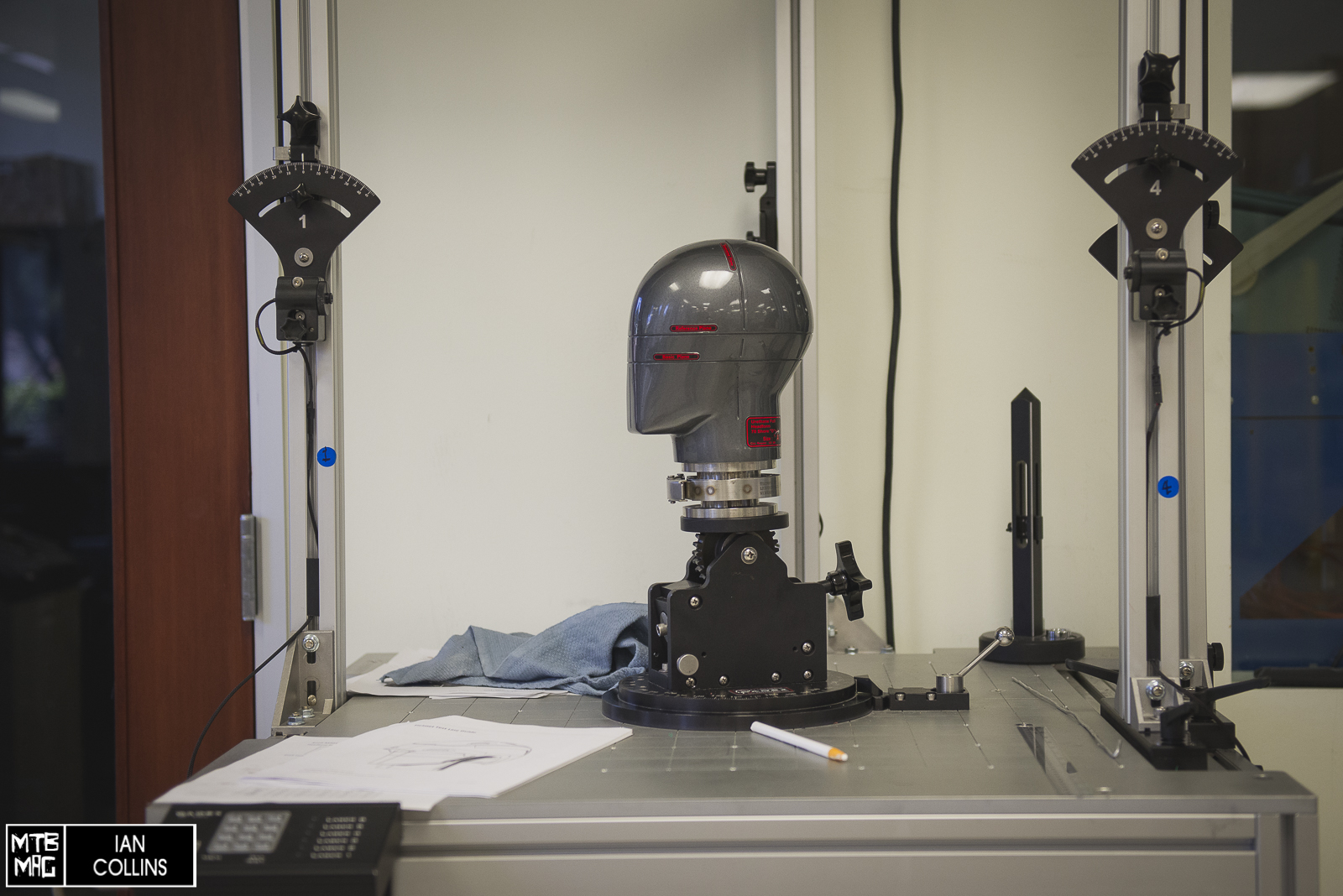 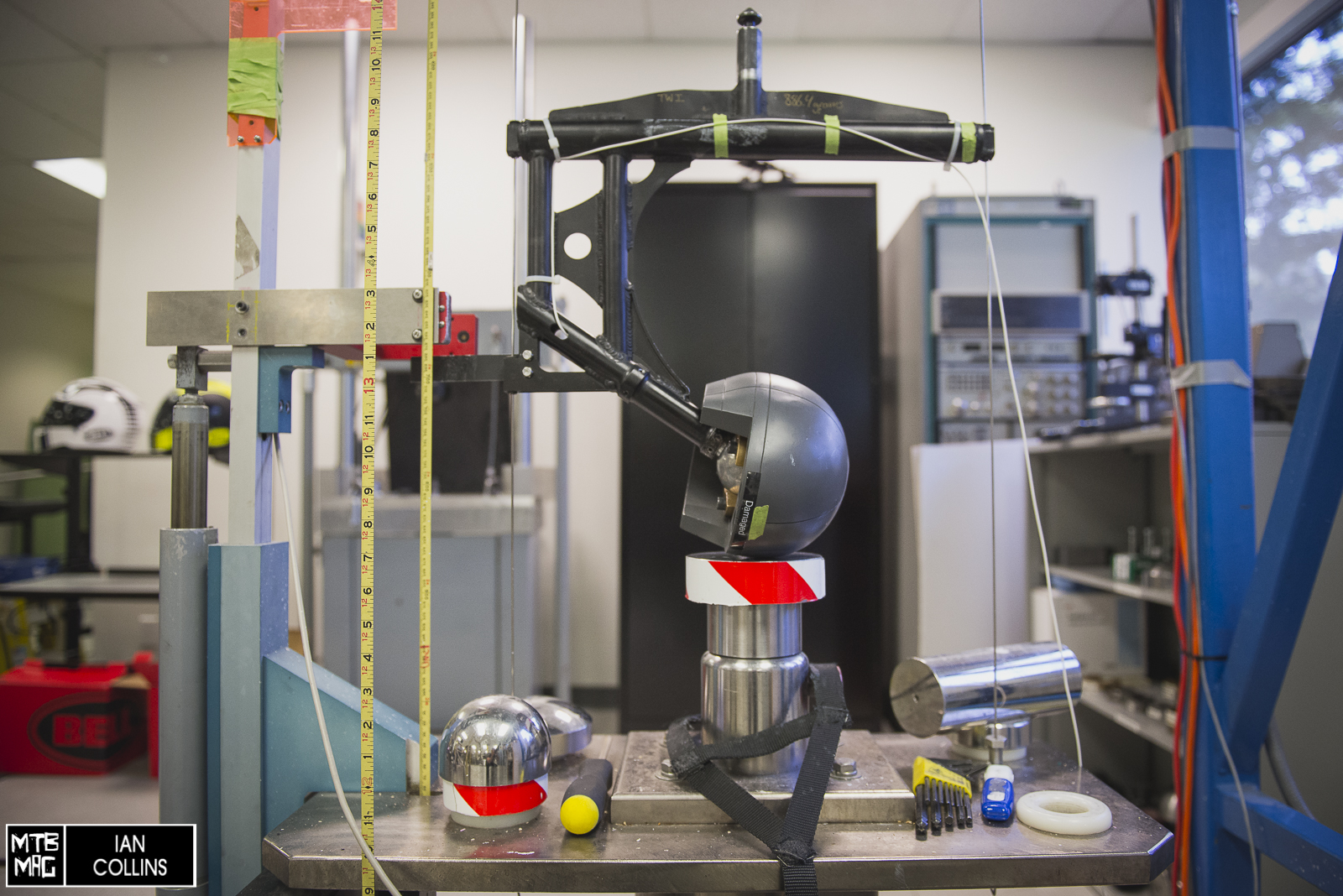 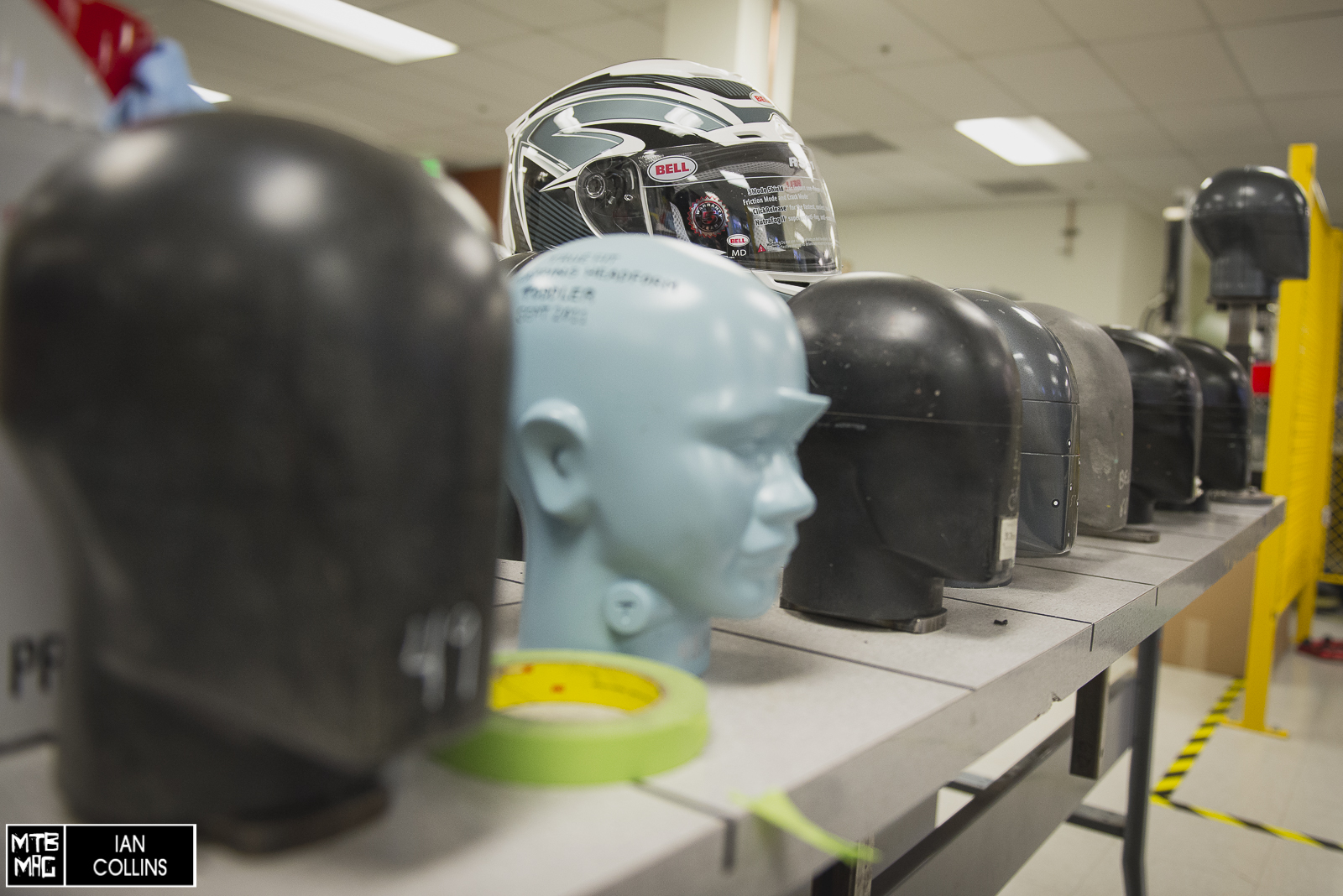 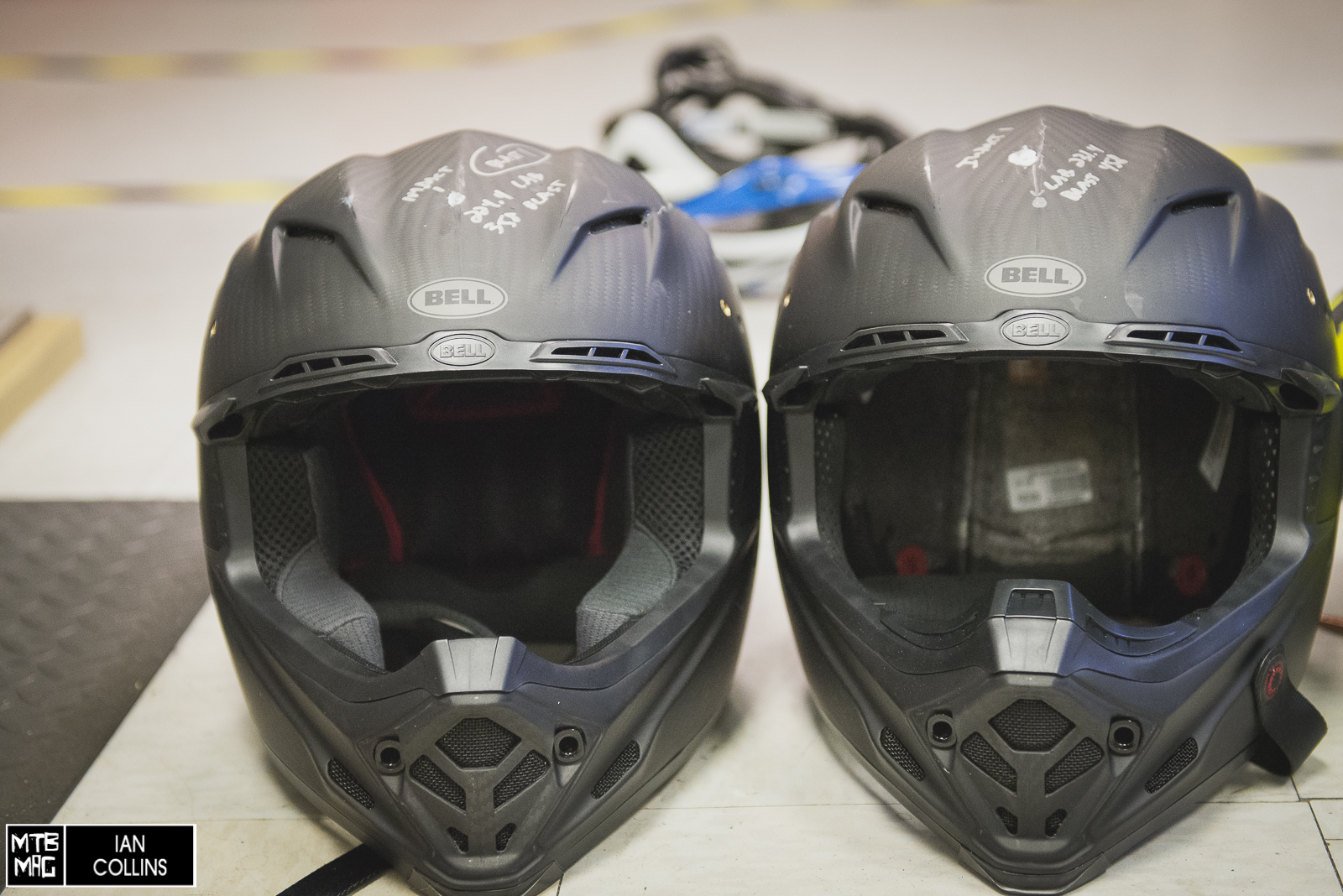 Heads come in all shapes and sizes. When designing a helmet to not only be comfortable but safe, a hand full of molds are used to cover various shapes and profiles of the human skull. To put it plainly, Bell doesn’t just use a Small, Medium, and Large sized dummy when testing… A recent concern in the sports world is rotational injury. Until now helmets have been designed to take impacts that occur perpendicular to the helmet. In an ideal crash that’s all an athlete would have to be concerned with, but in reality impacts come from all different directions – in turn this can cause the head to spin as it collides. This is far more dangerous than a direct impact because it can cause the brain to spin inside the cranium and is far more likely to contact the skull in multiple places, thus causing more damage. Bell is one of first manufacturers to actually take measures for preventing rotational impacts. This is not required to pass certain safety standards tests but is important to Bell as a brand. Bell had some cool new stuff cooking up at the office that we can’t really show you yet, but stay tuned – we will do a feature in the coming months. Thanks for taking a peek with us!