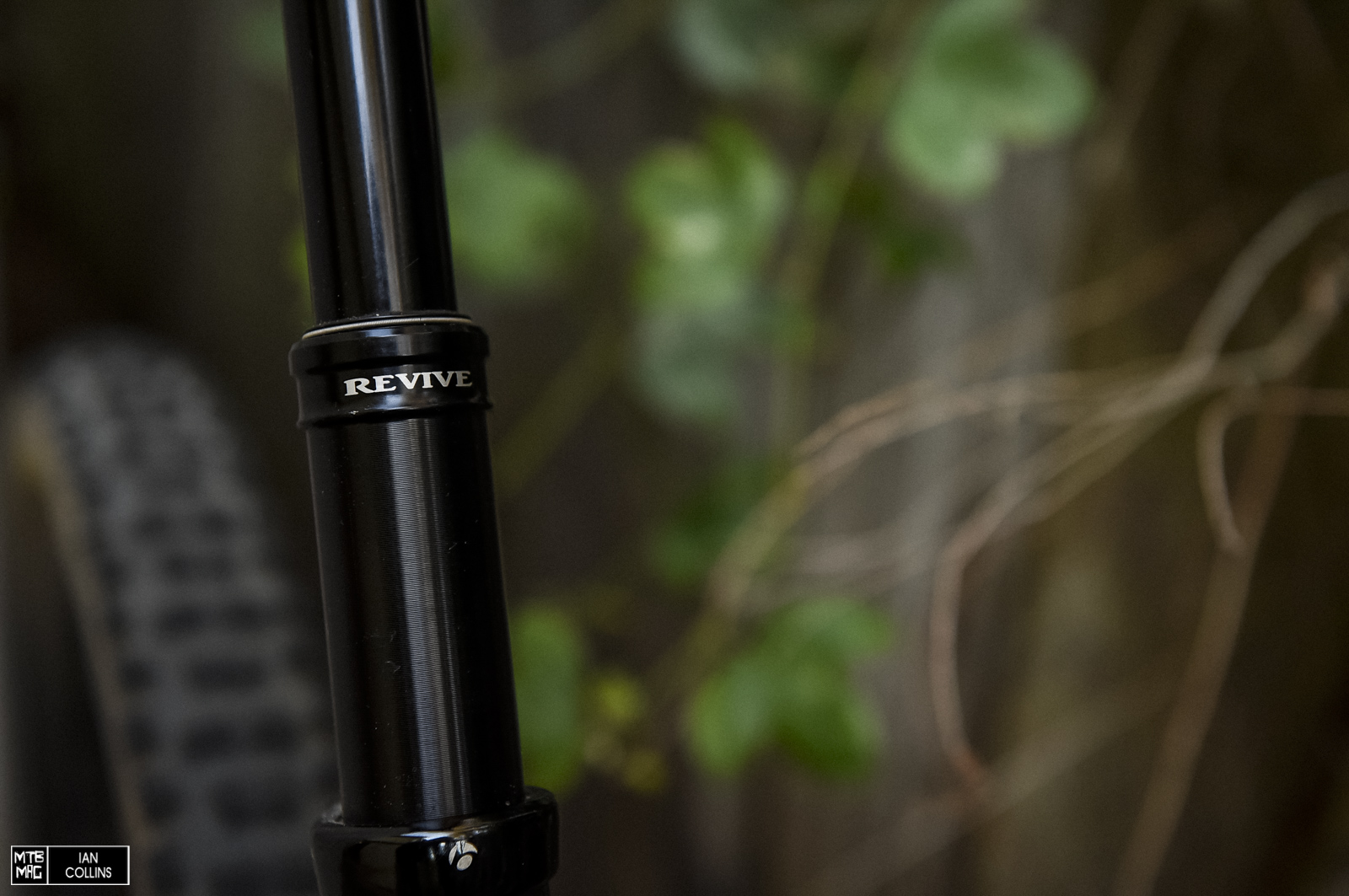 We have to admit – initially, BikeYoke’s Revive seatpost caught our long legged tester’s eye largely due to its whopping 185mm of travel. It wasn’t until we got ahold of the seatpost, installed it and started riding it that we became fully aware of all of its unique, brilliant features. 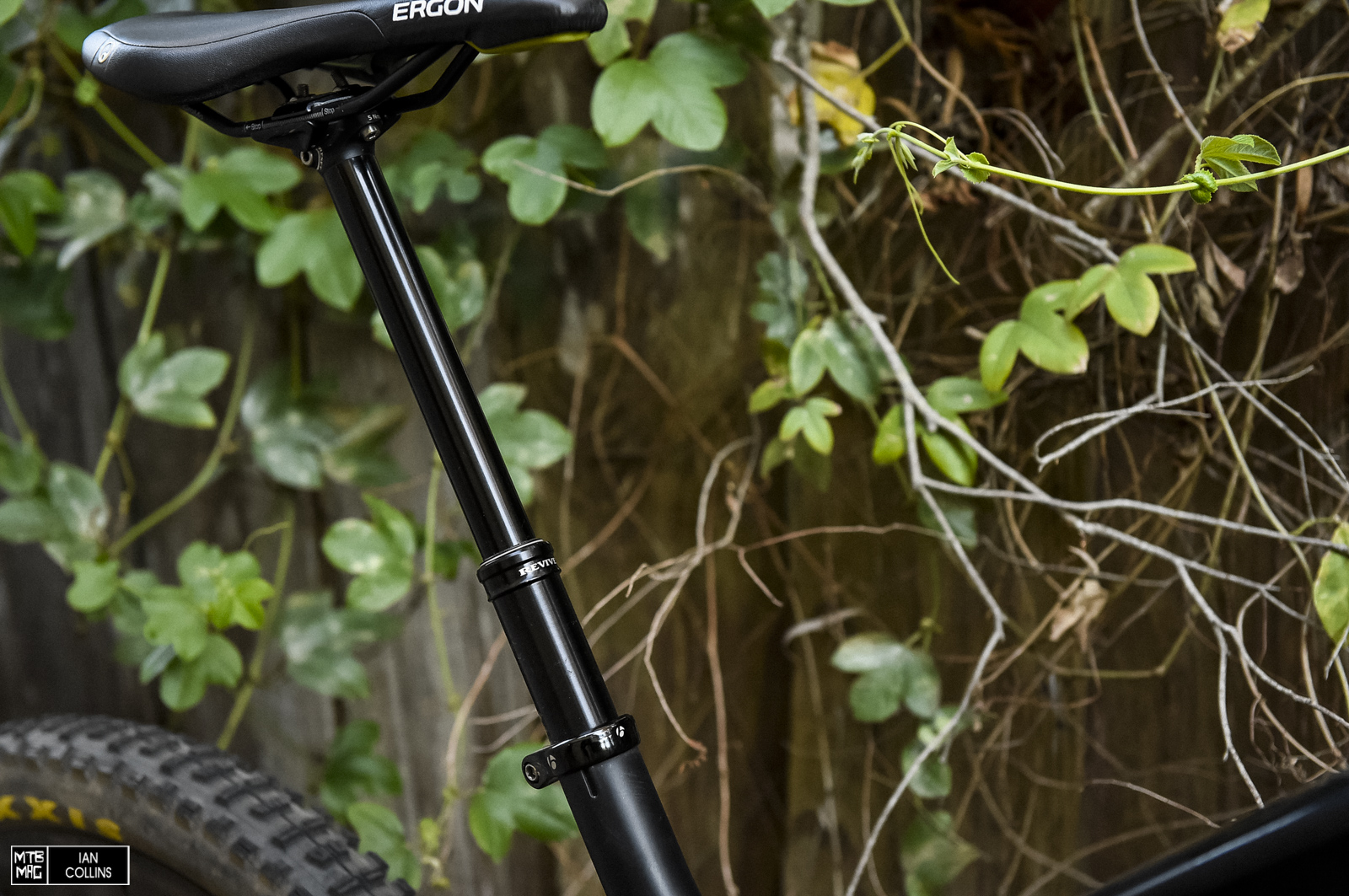 On the surface, the Revive doesn’t look drastically different from many other offerings on the market these days. The post is black anodized, comes with the currently popular 1X style paddle lever and has classic fore/aft/tilt seat clamp hardware.  What separates it from the competition is mainly on the inside – particularly the twin tube design and a nifty bleed feature…

We opted for the 1X  style “Triggy” remote on our Revive. The lever is SRAM “matchmaker” compatible, but also arrives with a standard clamp as well. It’s worth noting that BikeYoke offer the “2-By” remote, so if you have a front derailleur or a rear shock lockout, you won’t be left out to dry. Anyhow, the Triggy has two positions and a barrel adjuster for fine tuning cable tension. The cable feeds in starting at the remote and it’s available for aftermarket sale (€60,00) to work also in unison with a handful of popular seatposts on the market. A compatibility list can be found here. 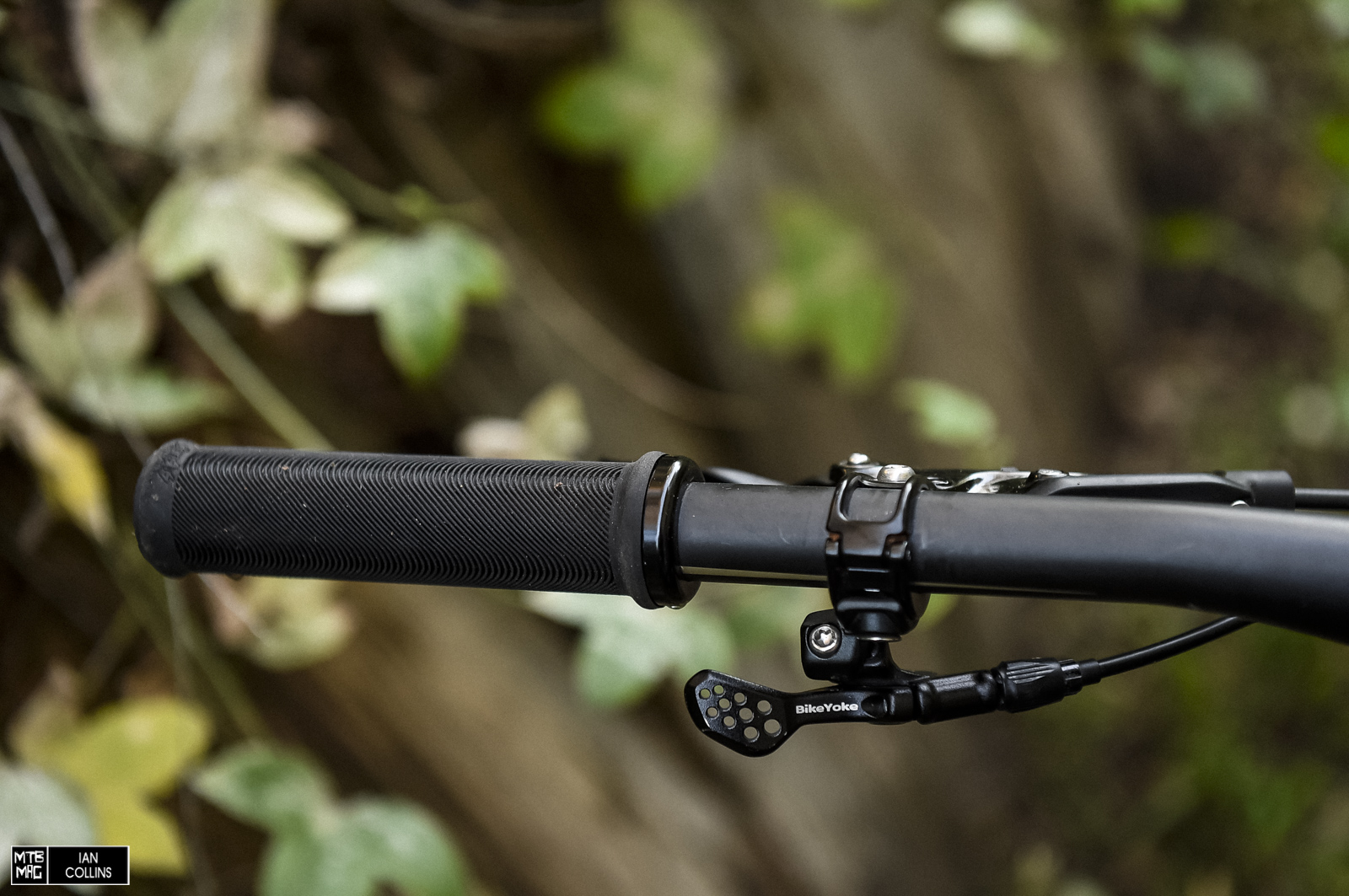 Hmmm…what’s that all about? If you look closely at the photo below, you’ll notice a 4mm screw set into the cradle of the seat clamp with a couple of directional arrows and the word “reset” etched in.  Most dropper seatposts use an internal floating piston to separate their air and oil internally. This Revive is a bit different… 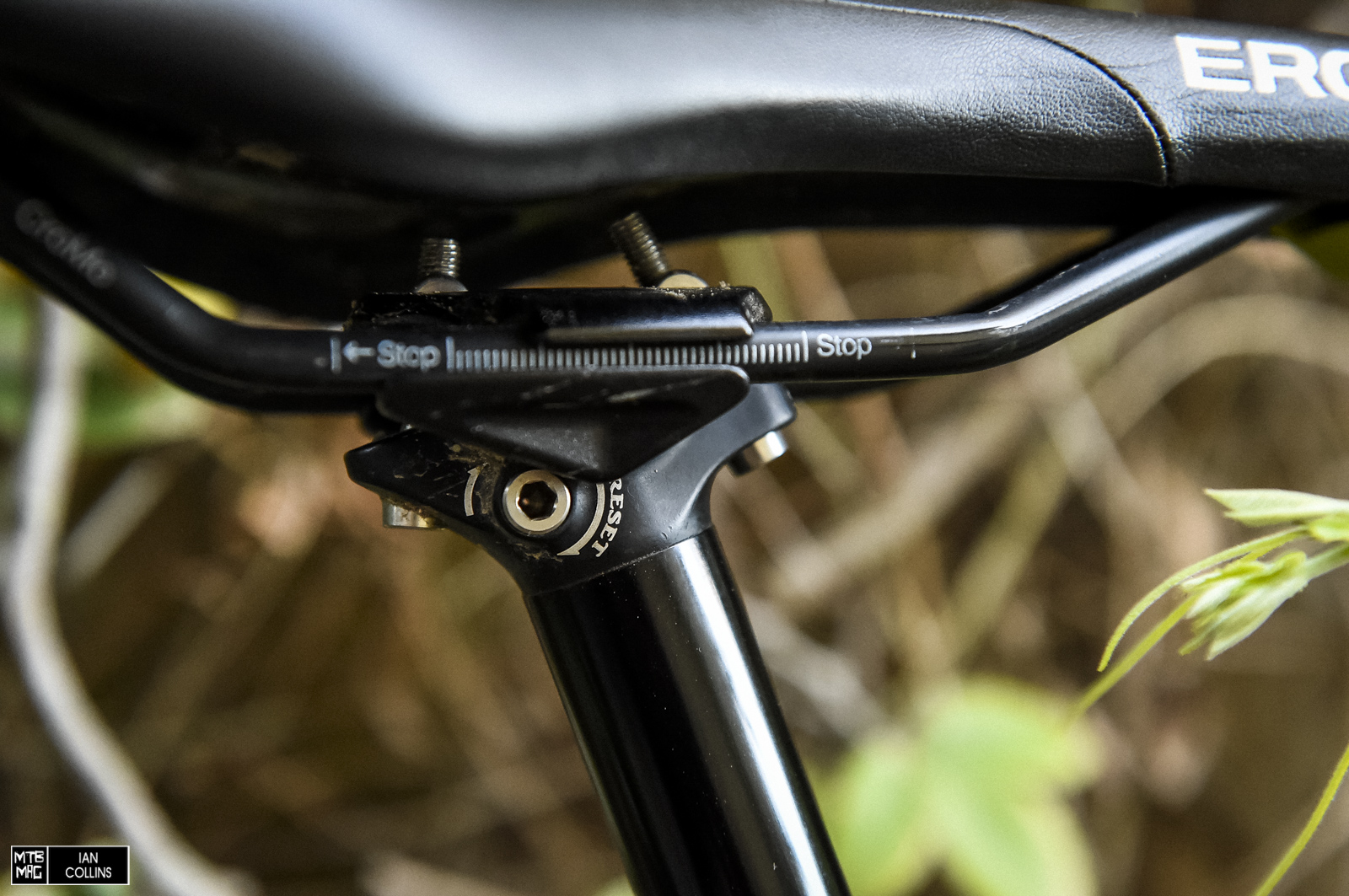 The Revive uses a twin tube style design and thus requires just two dynamic seals, where an IFP design typically requires four. This not only makes for less friction and smoother action, but also much better durability and reliability. Because it uses a twin tube design, the air and oil can mix when the bike is upside down. When this happens, the post will feel soggy. In the video below, we demonstrate how easy it is to “reset” the post and effectively bleed it. It’s quick and simple…

If you would like to browse over a more detailed visual explanation of exactly what’s going on with the Revive internally, BikeYoke have put together an excellent video walkthrough here.

All in all, the installation was painless. Because we opted to test the longest travel version, things were a bit tight. Basically, longer travel dropper seatposts need to have longer bodies and thus require deeper insertion into the frame. With that in mind, the Revive has a very short overall length relative to its freakishly long travel and therefore we had just enough room on our Trek Fuel EX so that full top out was the exact saddle height we wanted. As you can see in the photo below, the cable is cut at the post (not the lever) and a grub screw pinches it into place. 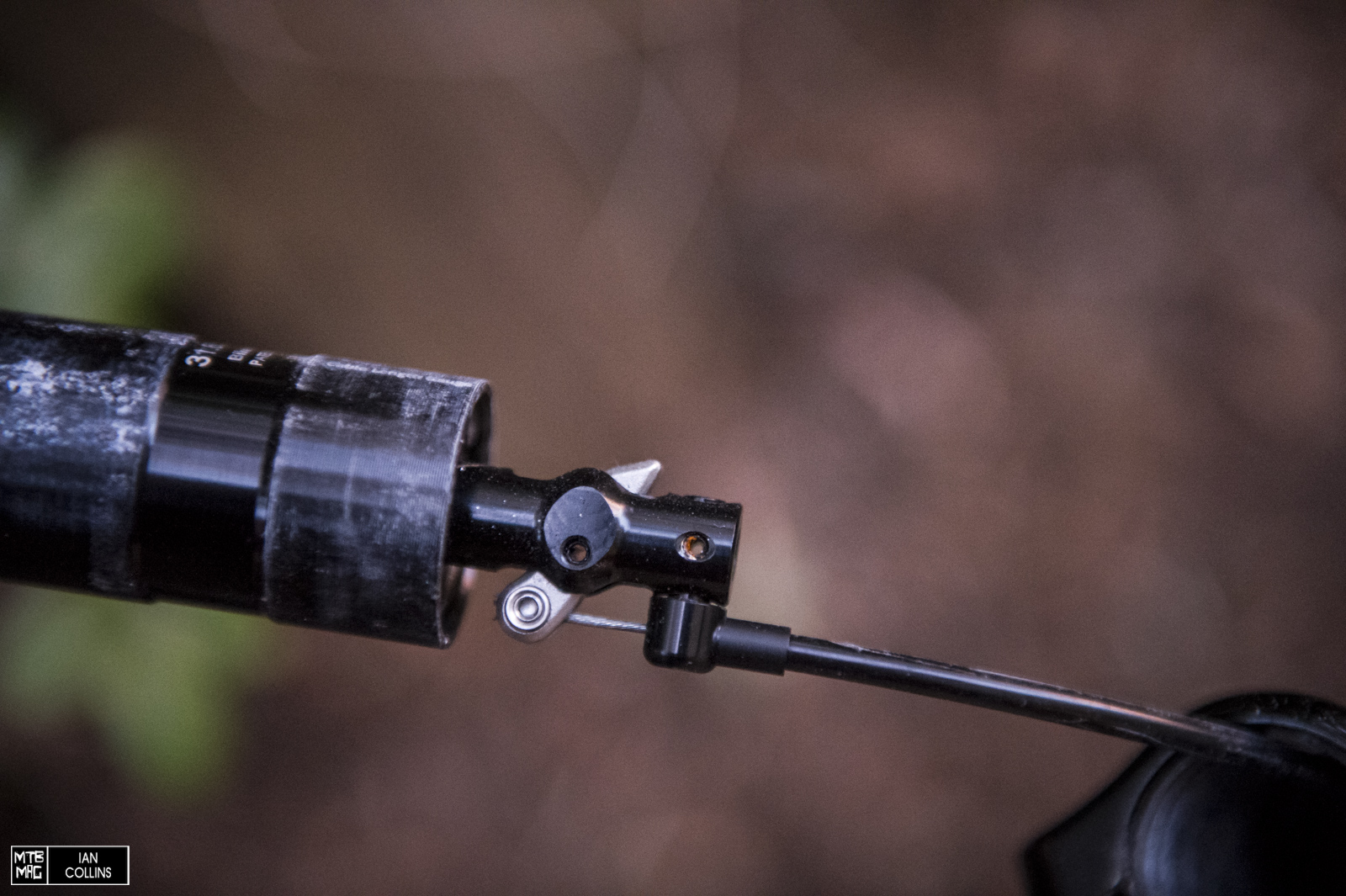 The Revive features a rotatable foot at the base, so depending on your internal routing and seat angle, it’s more likely to play nice and is apt to allow you to slam it as low as possible. Also, another really cool detail is a handy cable length trimming guide that is laser etched right into the bottom of the seatpost’s main body. As if the aforementioned wasn’t enough, here are a few more noteworthy features that this seatpost can boast:

OK, now that we’ve been through a fairly long winded introduction here’s where we actually discuss performance! From the get-go we enjoyed smooth, light action at the lever along with really nice ergonomics and plenty of adjustment. We didn’t try the “2-By”, but if you’re running a 2X drivetrain, you likely haven’t been spoiled by the vastly superior ergonomics of a 1X style remote and therefore you won’t know what you’re missing anyway. In addition to its nice shape, we also appreciated the shot peened finish and holes in the paddle, which improved the feel when things were wet. 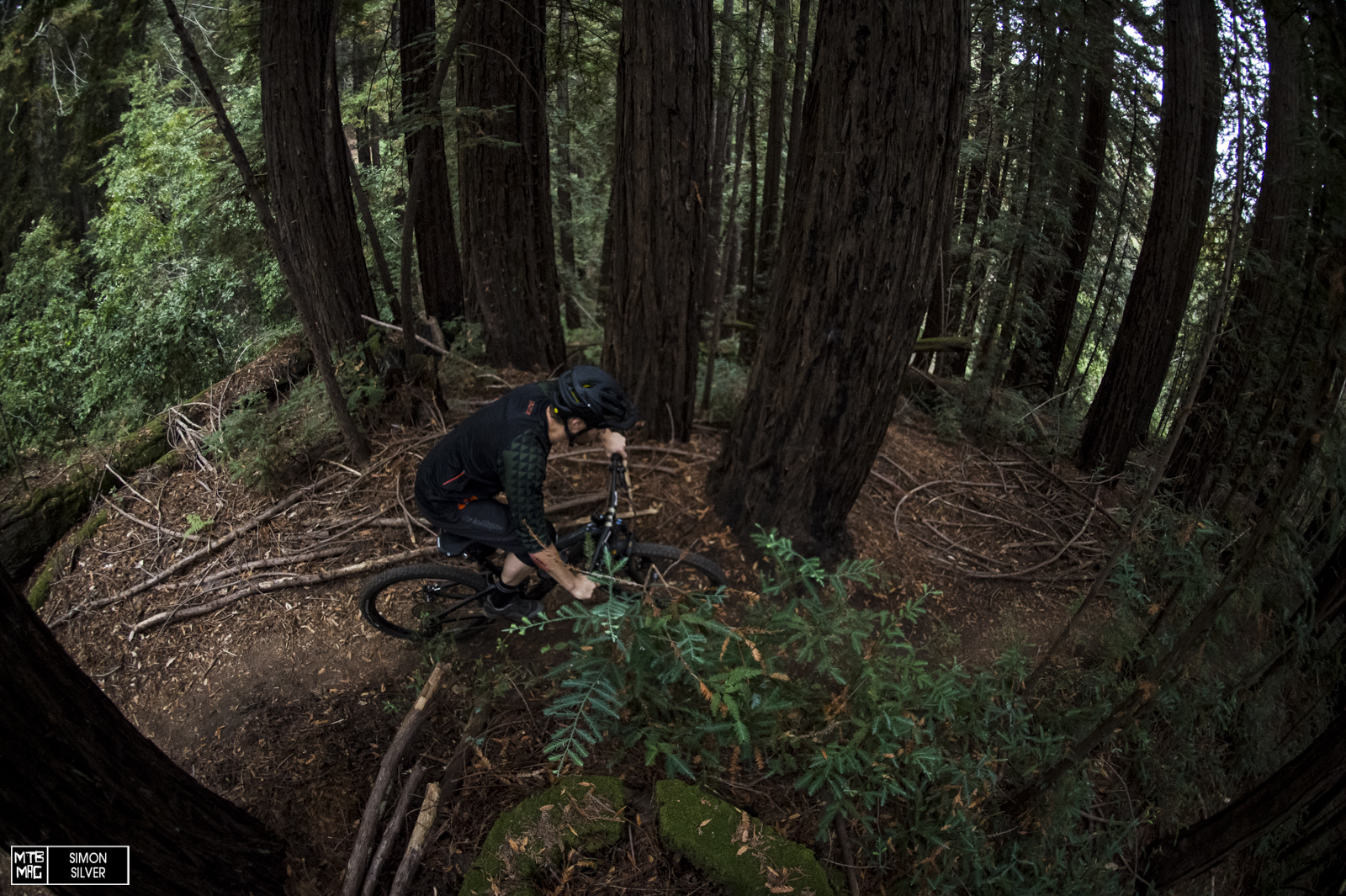 In terms of action, we appreciated the nicely damped return speed. The air pressure in the Revive is controlled like most seatposts – a valve up top sits under the cradle of the seat clamp. BikeYoke includes a shock pump adapter which fits around the “reset” valve. Like most droppers, more air pressure = faster return speed. Less air pressure = slower return speed…it’s as simple as that. One facet of dropper seatposts that quite often isn’t discussed is stiffness. On steep, punchy climbs in the saddle we quickly became aware of the Revive’s unmatched rigidity. In this regard, it is simply in a league of its own. We were really impressed by the fact that this seatpost had zero side to side play yet still maintained buttery smooth action. Having 185mm of travel on trail was godsend…For many it might seem like overkill, but for long limbed riders who frequent steep terrain, it’s just what the doctor ordered. The fact that BikeYoke manages to cram that much travel into a fairly short package simply opens up more options to more riders on more frames.

Alright, we’re just going to come out and say it – this is far and away the best dropper seatpost on the market. We’ve had a few months of constant saddle time to stew it over and we’re tried really hard to find some sort of flaw in the Revive…To be quite frank, we can’t think of a single damn thing. Look no further, this is quite literally a perfect product.