In April, ENVE announced an all new wheelset that served as the seminal departure from many of the brand’s norms – namely external nipples a new rim profile and lower pricing. Dubbed the AM30, the new wheelset is aimed at a broad range of trail bikes, from “110mm to 180mm travel” according to ENVE. As part of a new line of more accessibly priced wheelsets from their new “Foundation Collection”, the wheels are still fully made in the US and continue to boast an impressive warranty. We’ve been riding them on a wide variety of terrain on a couple of different bikes over the past few months and are happy to report on them below… 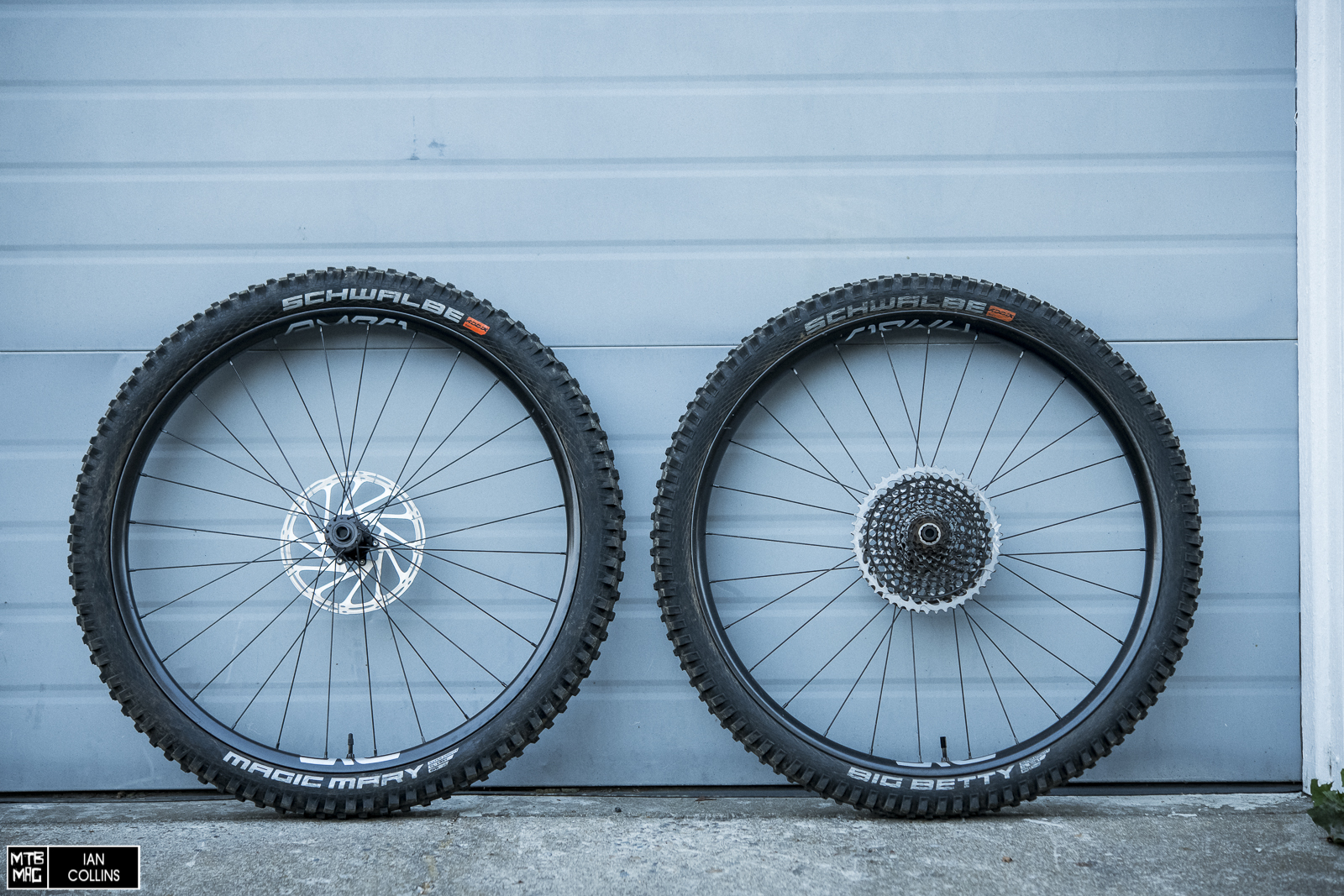 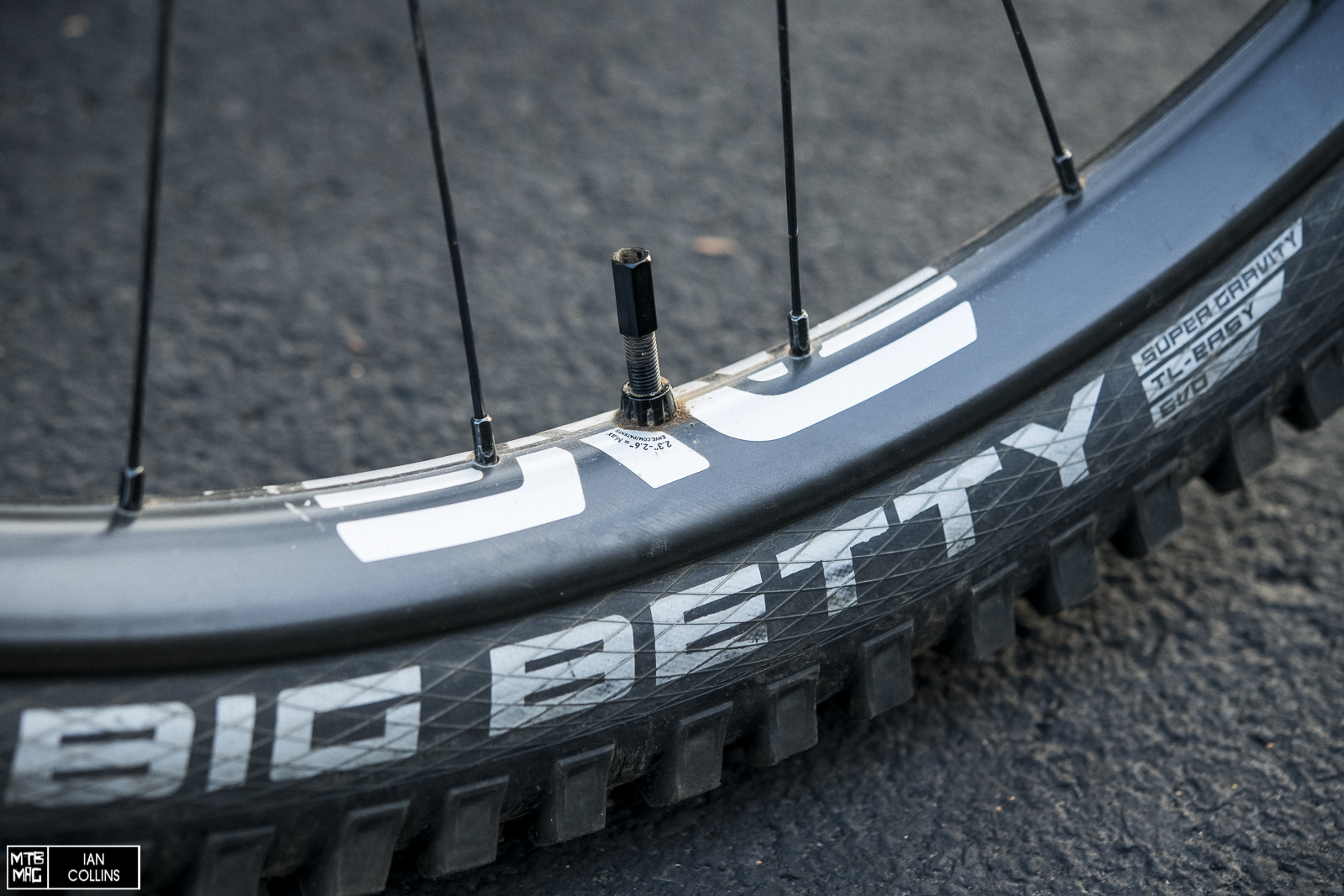 As you can see in the picture above, the rim’s profile isn’t nearly as deep as we’re used to seeing from the Utah based brand. While the stout AM30 rim is still a broad 39mm wide, it’s now just 20mm deep. For comparison’s sake, the roughly similar – at least duty wise anyway – M730 is 27mm deep. More on how that affects riding quality later… 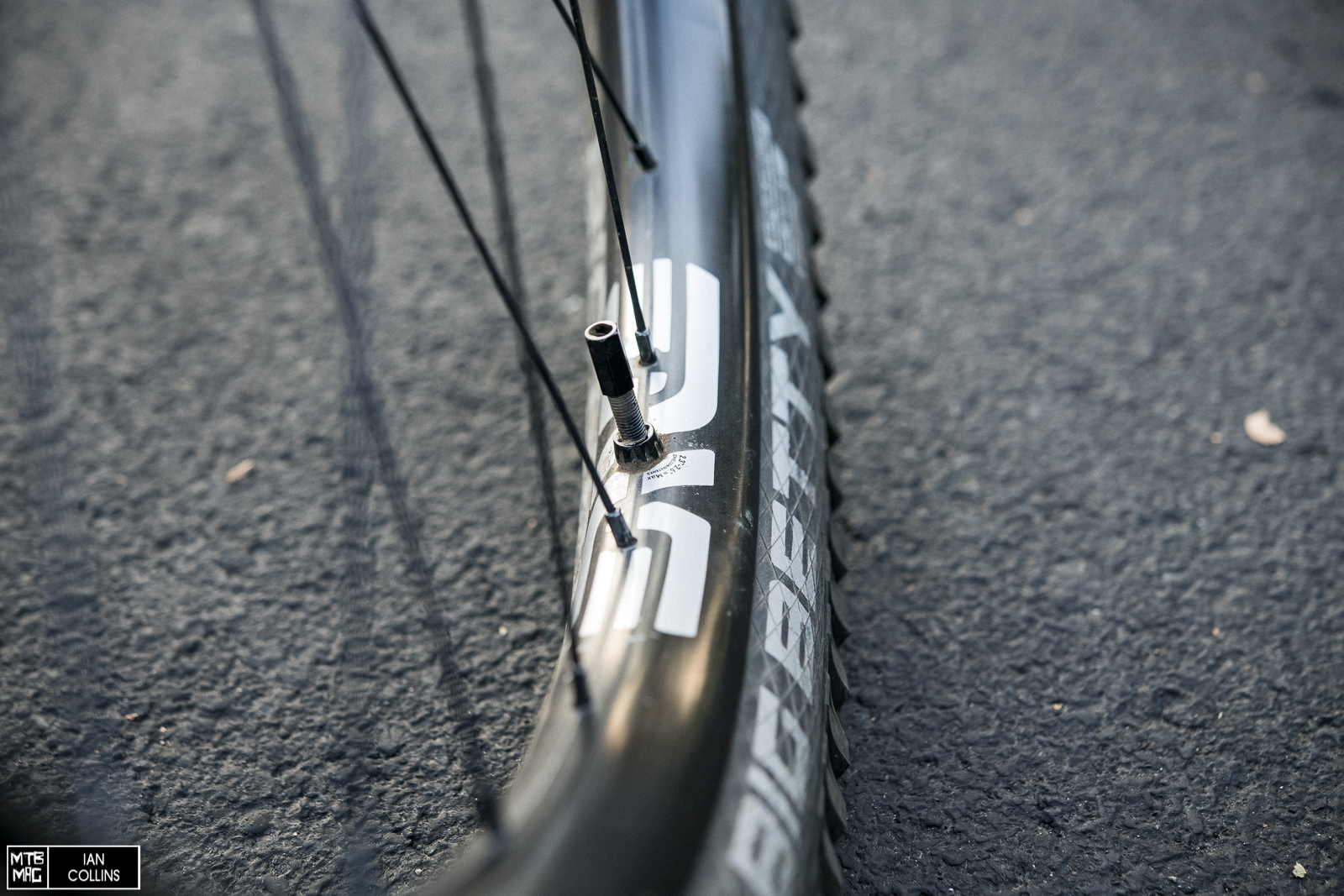 With the M series rims from ENVE, the nipples are internal, hidden between the two rim walls. Despite the fact that it’s something you rarely need to do with carbon wheels in general, this did mean that truing them required removing the tire and rim strip. This is no longer the case with the AM30’s thanks to their external nipples. 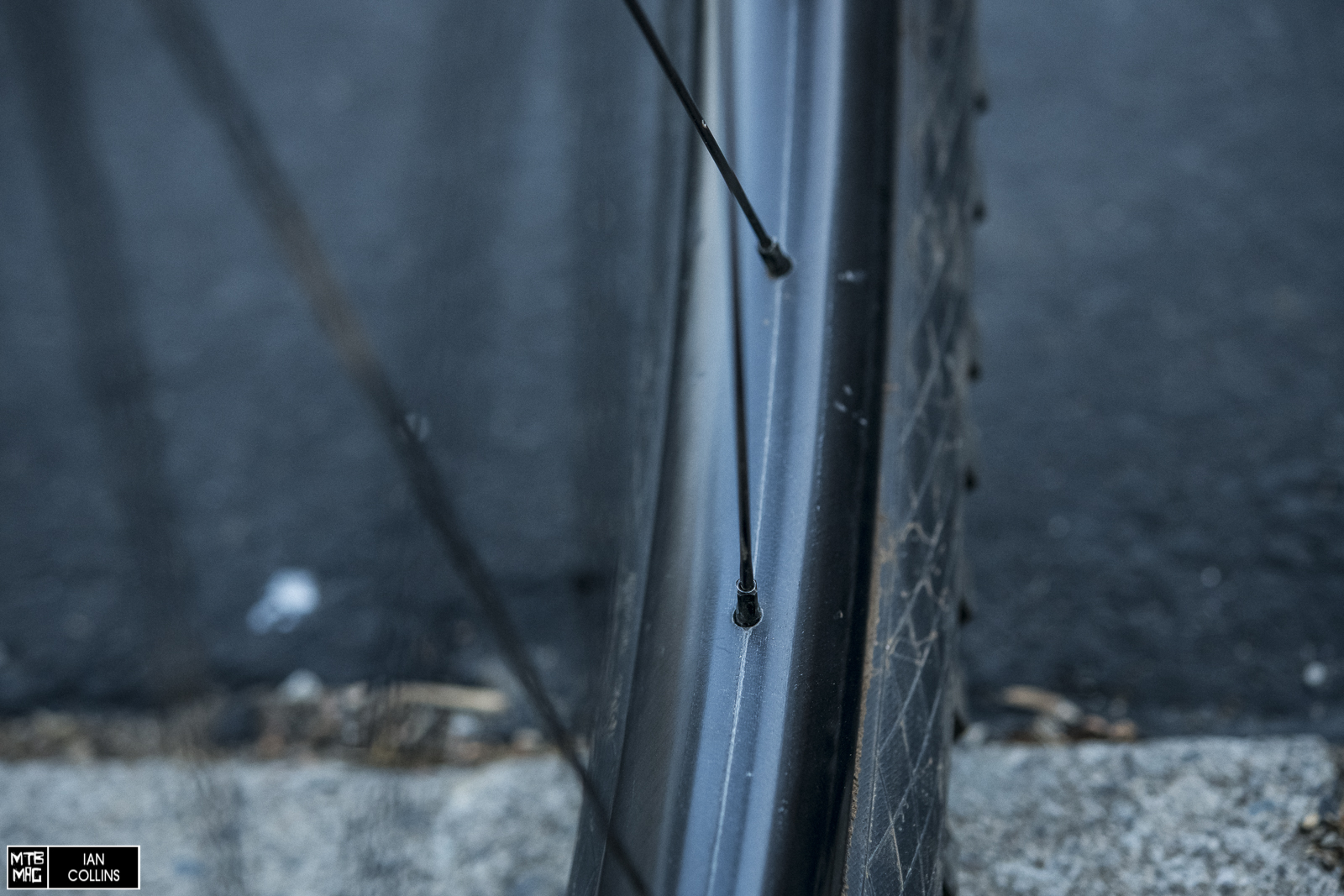 Shown in the picture above is the 3mm offset, which applies to both rims, but another big part of the story is ENVE’s molded spoke hole concept, which is their new, patented approach to increasing strength at the areas where the spokes penetrate the rim…

As they say, a picture is worth a thousand words, and the above diagram, plus a few of ENVE’s words should help demystify any fogginess around the molded spoke hole concept. 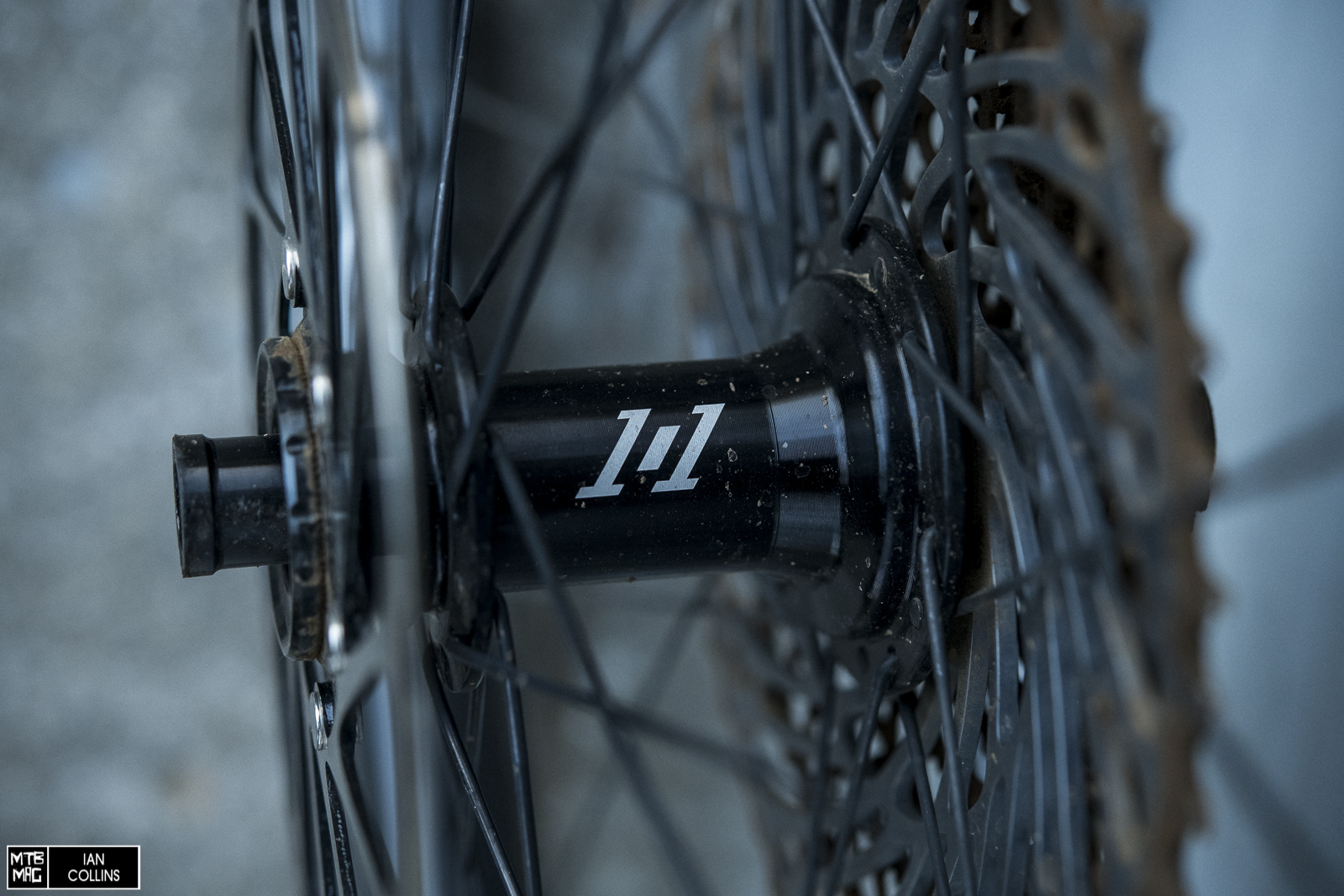 At the heart of the AM30 wheelset is Industry Nine’s excellent 1/1 hubs. I’ve ridden them on a handful of wheelsets over the years and found them to be fantastic all the way around – nicely made, fast engagement, easy to maintain. 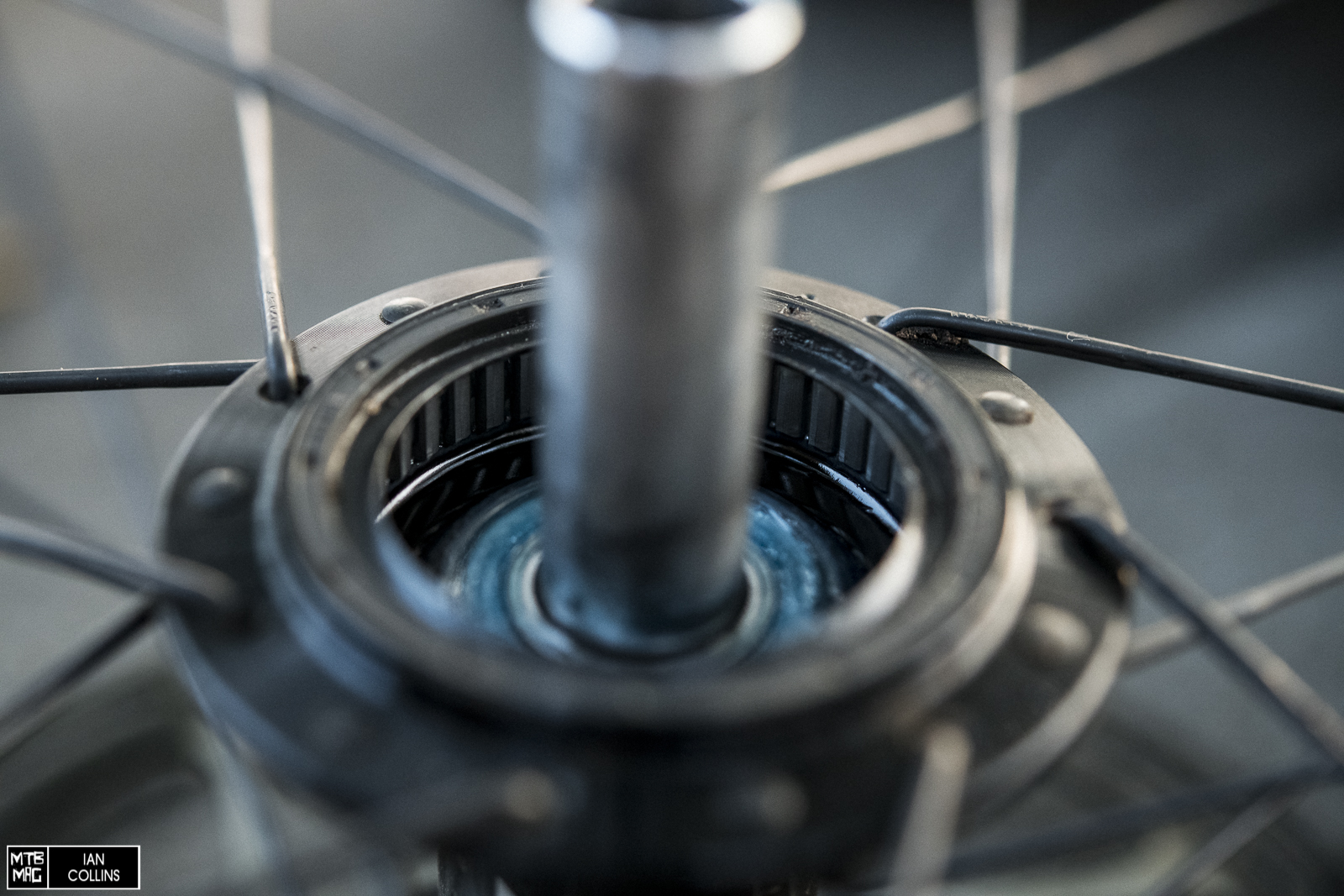 Inside the hub shell is a 45 tooth drive ring. The rear hub can be pulled apart by hand and rebuilt without any special tools other than a rag and some grease. A dual phased drive mechanism with six pawls mates to the 45 tooth drive ring for 90 points of engagement, which correlates to every 4º. 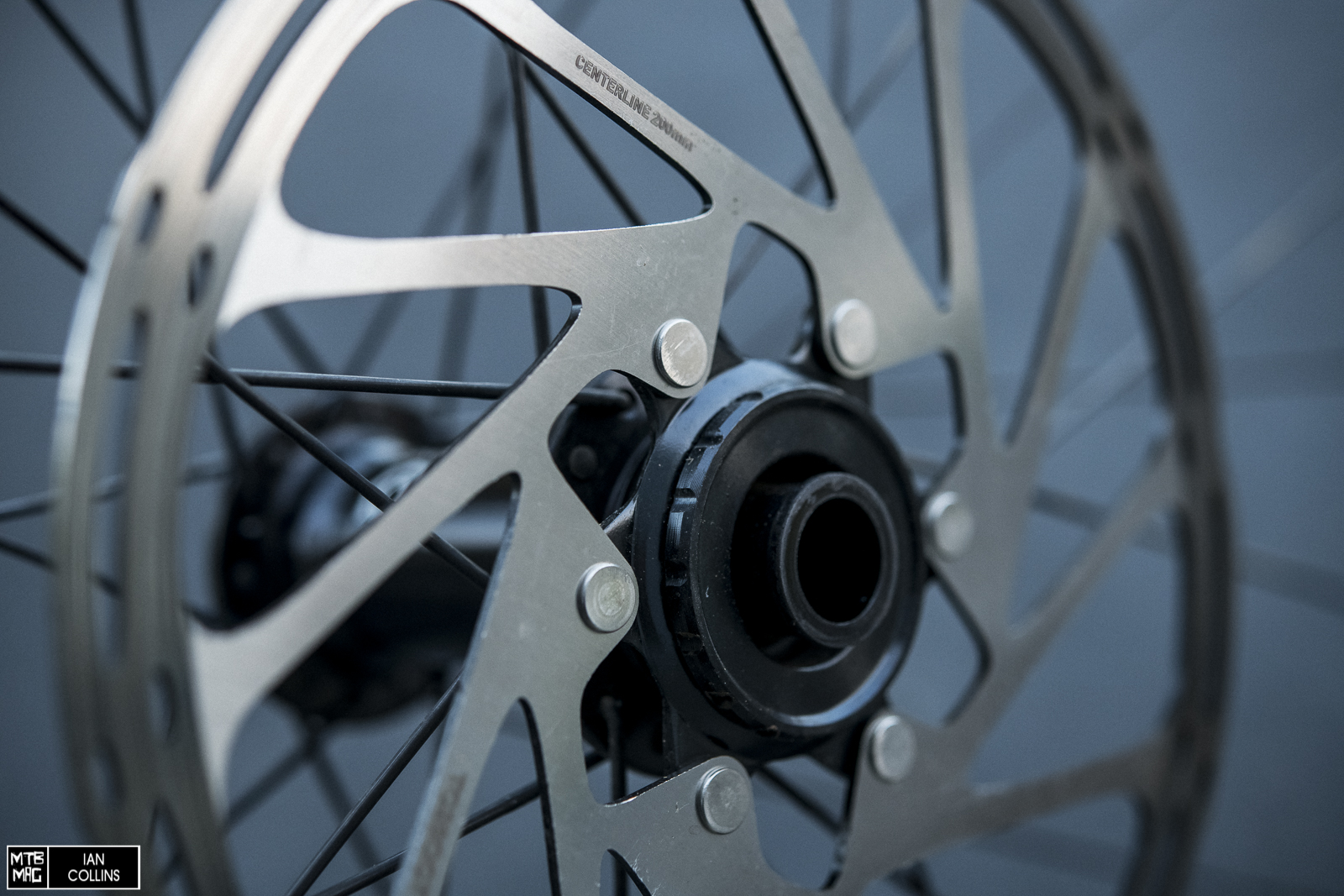 A somewhat limiting factor with the AM30’s is that with the exception of the Superboost spacing wheelset, they’re only available with a Centerlock rotor interface. Although I tend to prefer the 6-bolt mount and I have SRAM Code brakes on the bike I tested these wheels on, I simply snagged some Centerlines with the Centerlock interface – problem solved.

Starting out with feel, I noticed a perceptible increase in how well the AM30 hoops dampened low frequency chatter compared to the M730, which I noted as being a bit on the harsh side when I reviewed them. All in all, I’d argue that they felt just as rigid in the corners as the M730, just less harsh vertically.

With that in mind, if you’re after a rim along the lines of the Zipp 3ZeroMoto, or the crankbrothers Synthesis whose main claim is their compliance, these aren’t it. More precisely, they handle far better than the 3ZeroMoto, and aren’t quite as forgiving as the Synthesis, but are substantially stiffer than both side to side. An interesting approach that ENVE took with the AM30 was to ditch the rim strip – which doubled as flat protection – from the M-series rims. To make up for this, they made the sides of the rims substantially thicker, so they’re less apt to be able to cut through a tire upon impact, thus reducing the likelihood of flats through smart design. Although it’s a pretty straightforward idea all around, in marketing speak ENVE calls this concept “Wide Hookless Bead”. In terms of when the rubber hit the dirt, I can’t knock its effectiveness as I have yet to flat with this wheelset despite absolutely slamming them on many many occasions. One would think that the increased material in that area has got to help with their overall impact strength a great deal as well. Overall, the rims are very burly, and you can push them a lot harder than you’d expect with something bearing an “All Mountain” label. 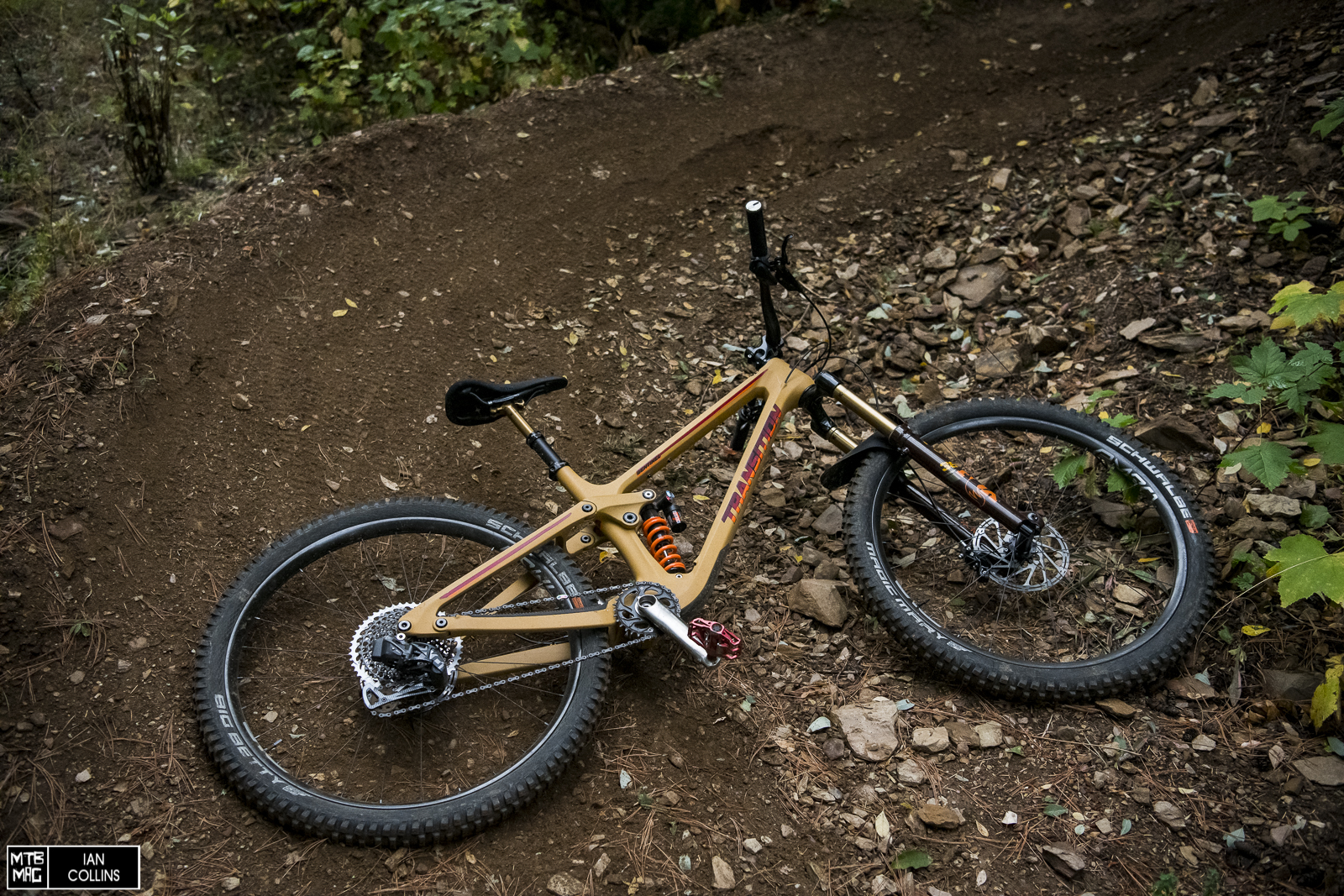 In terms of weight, coming in just shy of 1,900 grams the AM30 wheelset isn’t necessarily featherweight, but they also aren’t so heavy that you’re left scratching your head and wondering why you shelled out a decent chunk of change for carbon wheels. Rather, they’re pretty middle of the road and what you are paying for is the handling, strength and warranty backing from ENVE.

As far as the hubs were concerned, I found the 1/1’s lefft nothing at all to complain about. The engagement is as fast as anyone really needs, although they aren’t as quick as I9’s almost over the top Hydra hubs. In any case, toward the tail end of my test period I pulled the cassette off and simply gave the driver body a tug. This allows easy access to the drive ring and pawls, which were still well lubricated and managing to stave off grime via the one main seal, which is rather sturdy by the way. Anyhow, after a quick 5 minute clean and repack it was back to riding with plenty of life left. Between that and newfound spoke access, they boast easy upkeep.

In the grand scheme of things, I feel that ENVE has made a very solid case with the AM30 wheelset. They’ve fielded some past criticism for not only being pricey, but also because some of their past products may not have pulled their weight given the cost. At $1,600 complete, I think these wheels hit the mark in terms of the always important value metric. Sure, some budget offerings from the bigger OEM brands like Roval and Bontrager come in at a nominally lower cost, but those wheelsets aren’t made in the USA, nor do they feature boutique level hubs. I also doubt that either are quite as strong as these wheels, and I know for certain that they don’t have quite as refined of a feel. Other than that, setting value aside for a moment, what impressed me most was the strength, ride quality and on trail feel the AM30’s offered up. The only minor setback I can conjure up is the fact that some consumers may be alienated by a Centerlock rotor interface. Other than that, they’re a damn good set of American made wheels at a good price with great backing.