If you’re like most downhill riders/racers, you probably spend most of your time thinking about tire choice, suspension choice and pretty much anything except saddle choice. Most riders find something that works fairly well for them and just run it. The fact of the matter is, DH saddles take a lot of abuse and typically don’t last long due to crashes. Because of this, riders don’t spend a lot of time obsessing over the technical details and features of gravity oriented seats…But maybe they should? 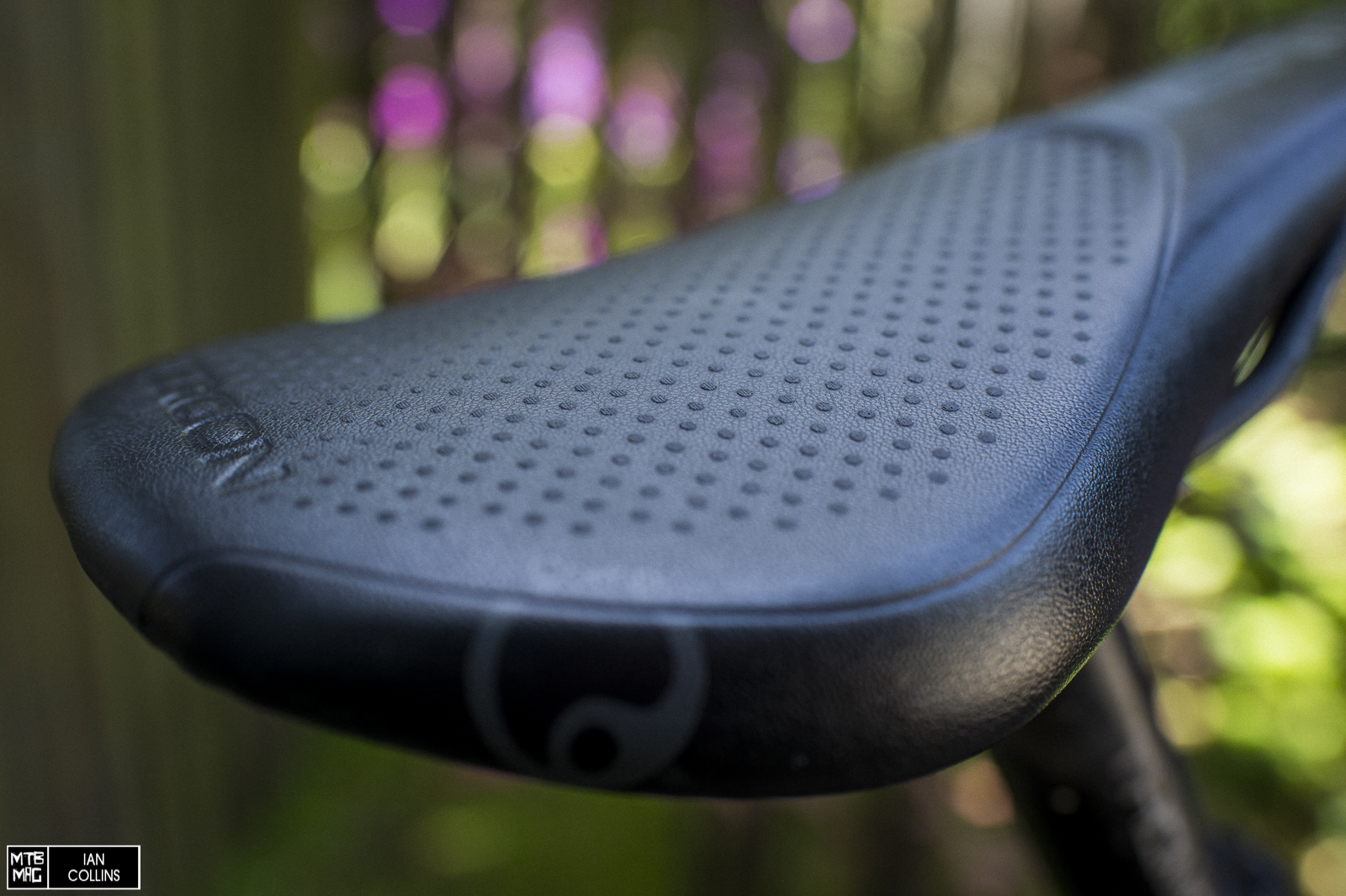 Perhaps the most noticeable feature on the SMD2 is the textured panel toward the back. It’s aimed at keeping you where you want to be, when you’re actually seated. Basically, a series of dimples stamped into the saddle’s cover just provide a bit more grip. 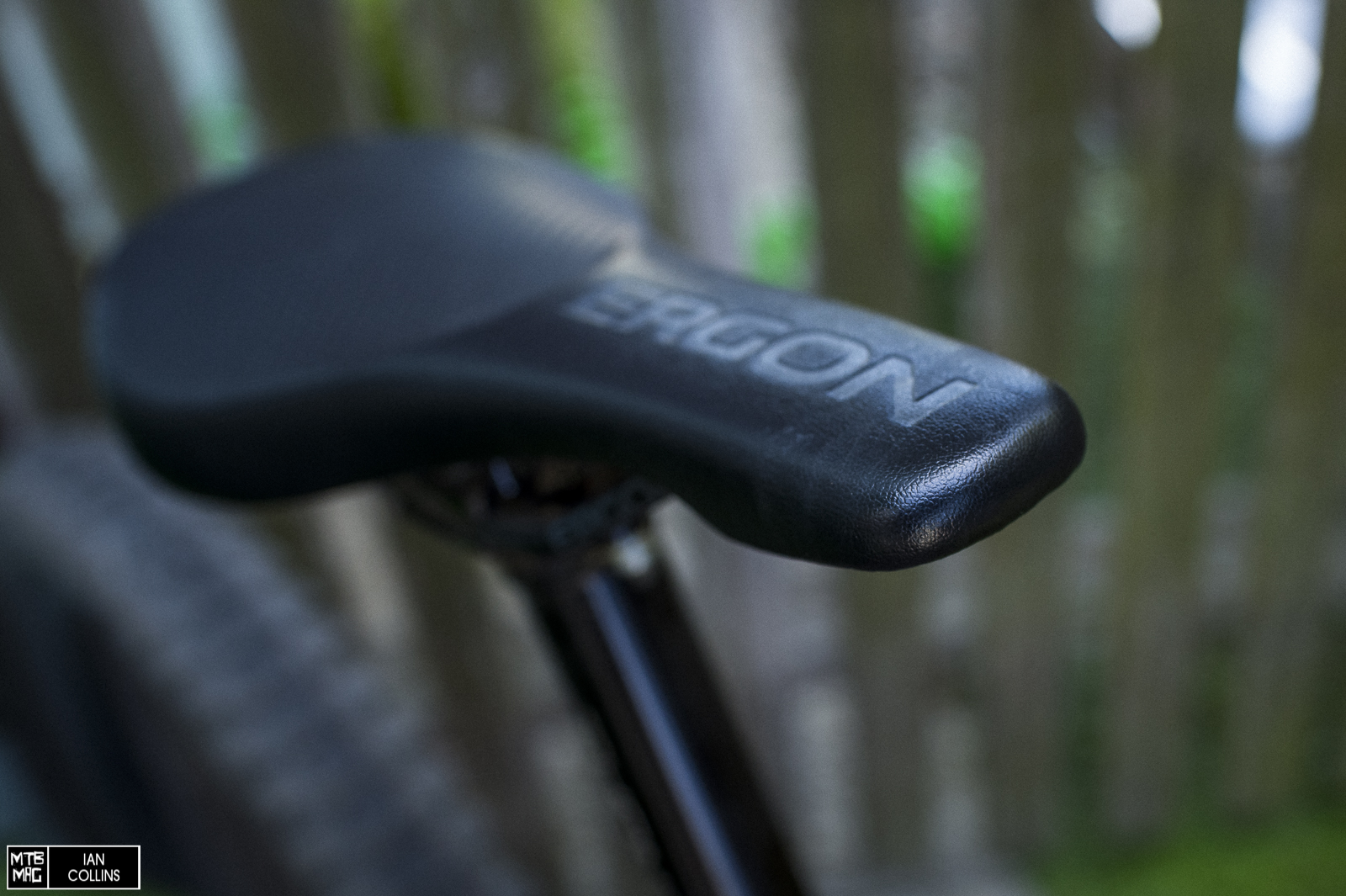 The nose of the SMD2 is fairly squared off. It’s got no sharp edges and doesn’t really come to a point. It looks rather unconventional, but that isn’t necessarily a bad thing… 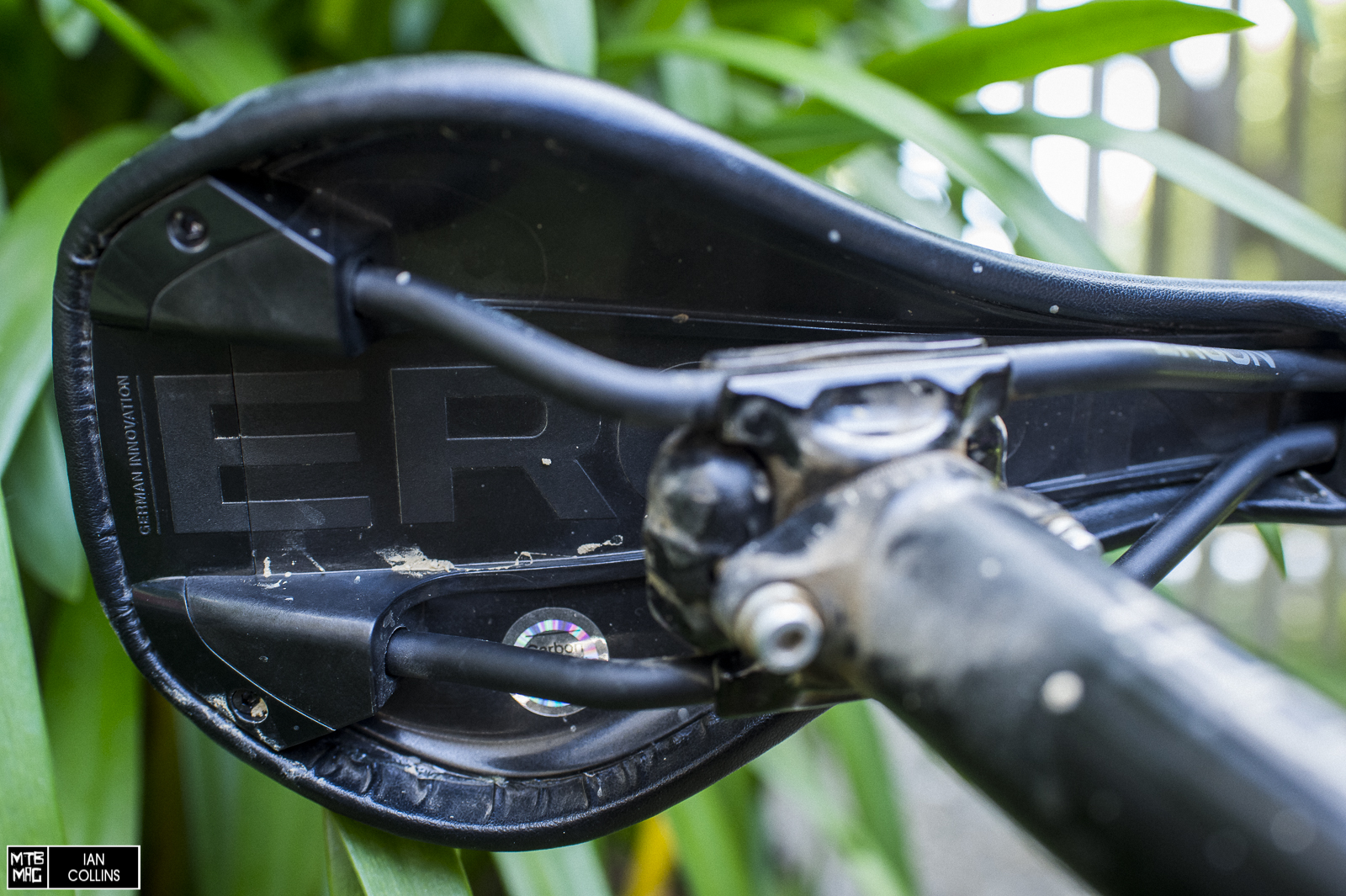 A one piece carbon composite shell holds it all together. There is a slot between the mount points for the rail which provides a bit more tires clearance. With DH bikes in general, depending on tire and saddle height, it can be quite easy to buzz your tire on your seat and beat it up…at worst, it could even cause a crash. 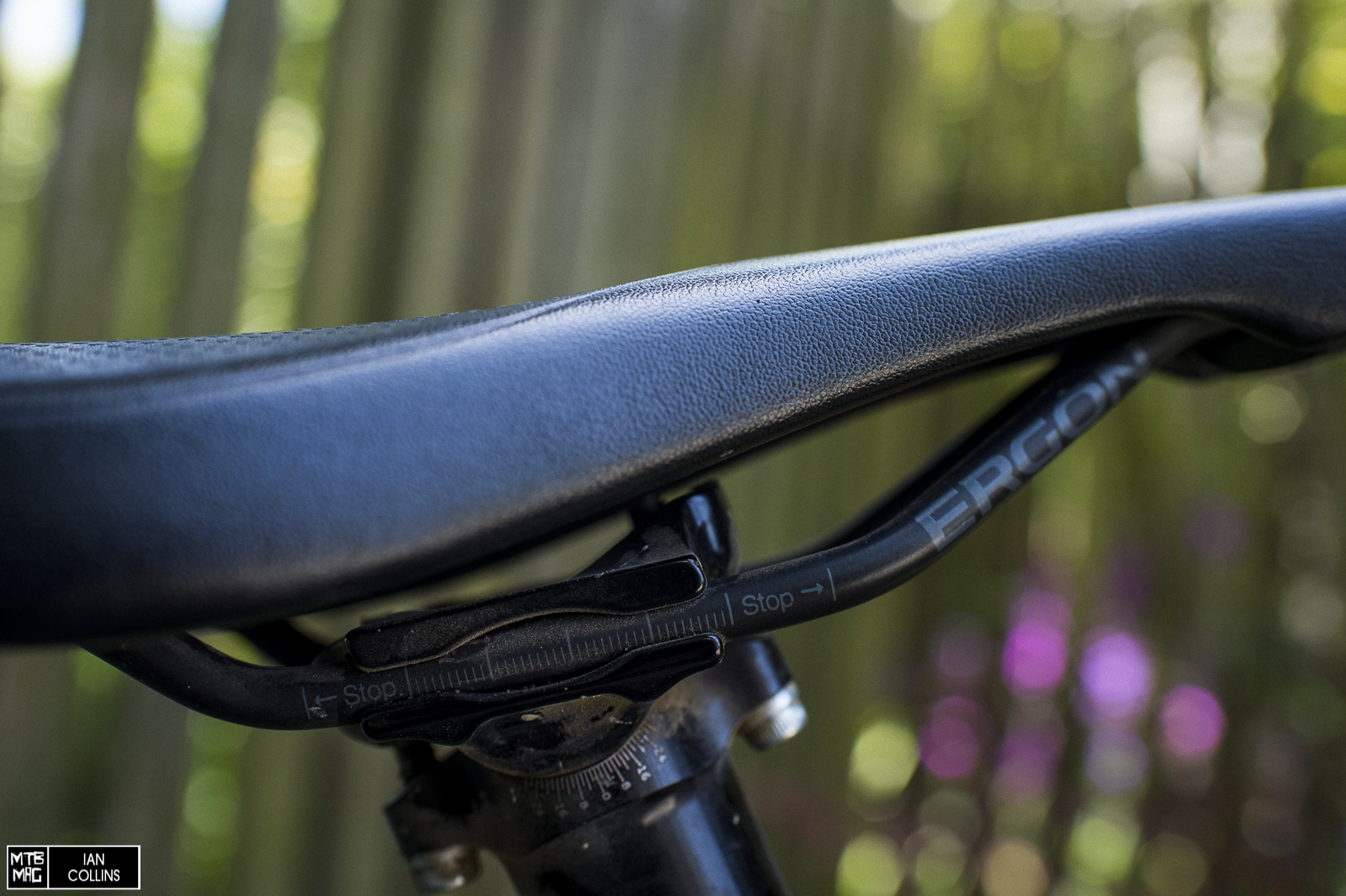 Cro Moly rails are fairly standard fare for the $89.95 model. You can spend up towards $150 for a titanium rail version which saves a few grams, but that seems frivolous, particularly with a seat that can easily just get destroyed in one mishap.

As you can imagine, we tested the SMD2 on a full blown DH bike. You certainly wouldn’t want to pedal uphill with it. That said, on the contrary, it’s brilliantly thought out for DH riding. With the nose up a touch, the dimples on the cover prevent you from moving around too much. Particularly with slippery, moto style DH pands. Once things get wet and muddy, the effectiveness of the dimples diminish a bit, but it’s helpful for sure. Despite some big cases, and landings that may have involved precisely zero feet on the pedals, we haven’t bent the rails yet. We’ve had a few Ergon saddles with the same microfiber cover (minus the dimples) and they’ve held up well. The lack of kevlar on the sides indicates that the SMD2 might not stand the test of time and wear as well as some saddles that feature abrasion resistant panels, but overall it’s quite tough.

The quandary with DH saddles is typically this: Why spend a bunch of money on a low tech item that can and will get blown up in one decent sized crash? There’s merit in that, but this seat comes in at a good price, and in typical German style, it does offer some smart, but subtle features and design elements that make it well worth its salt. Compared to most saddles we’ve ridden aboard DH bikes, the SMD2 is quite comfortable and it quickly becomes an afterthought just a few feet down the trail…We definitely approve.