We first happened upon the MilKit and their products at Sea Otter last year. Admittedly, we were pretty enamored with the concept behind their one way valves before we even got ahold of a sample for testing. Over the last few months, we’ve been riding their valves and using their kit to switch out valves between two different wheelsets as well as swap tires and refresh sealant on those wheels. Here’s how they’ve worked out. 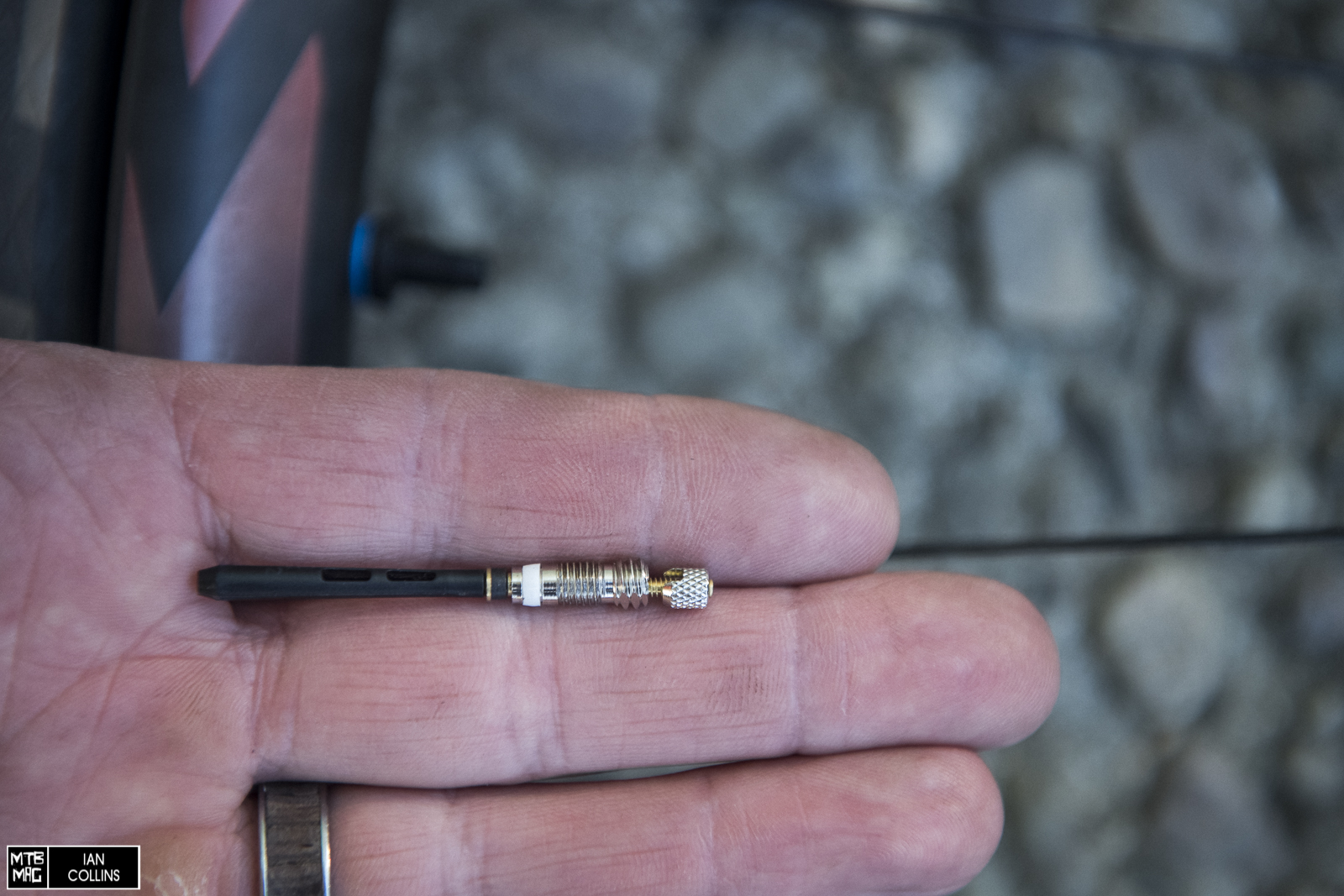 This is the key to the whole system. Pictured above is a pretty standard presta valve core, but with an extension built in to pop the one way valve open under pressure… 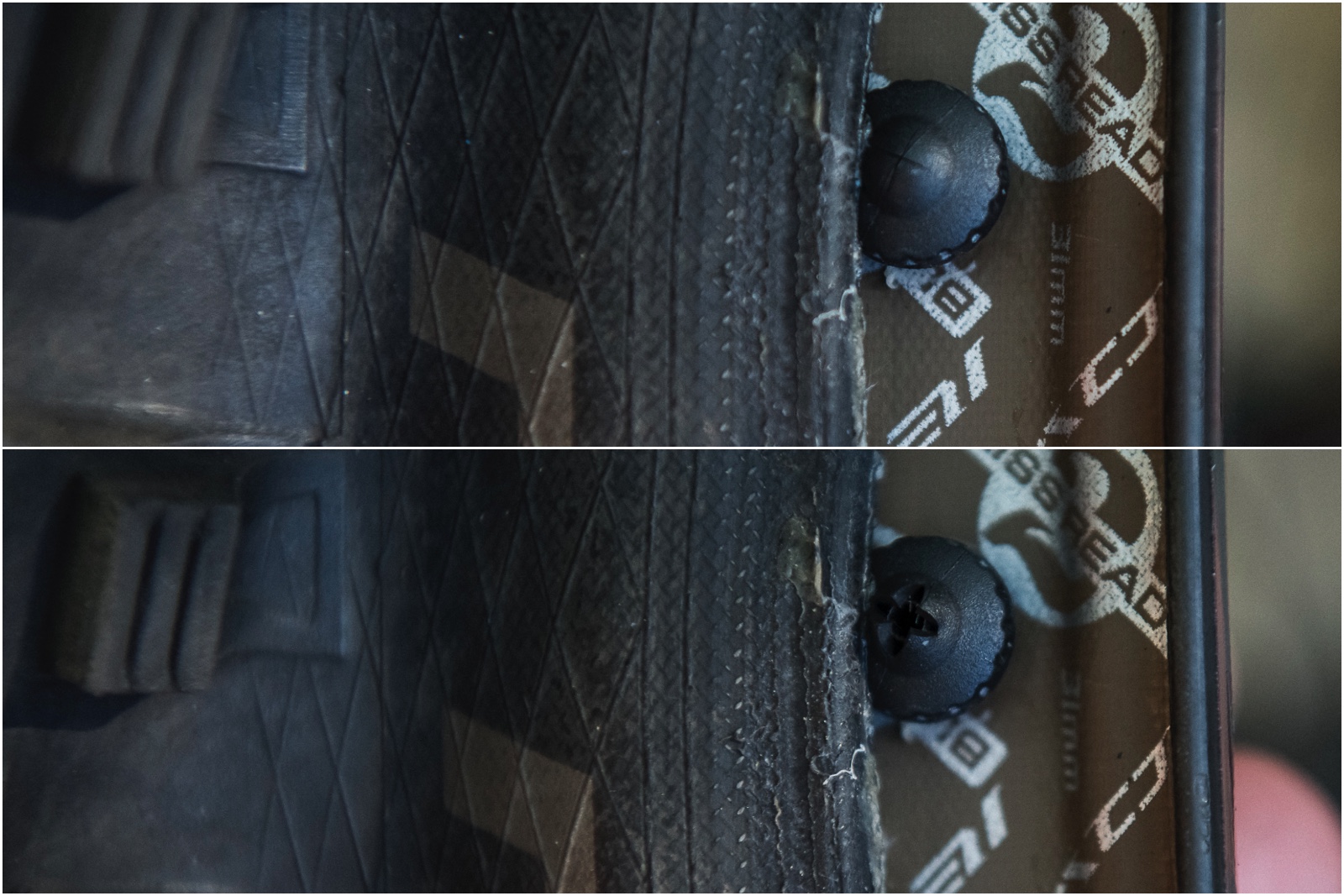 Above – Valve Closed
Below – Valve Open

It’s hard to see the little tube in the picture, but we’re using our finger to press the Presta valve so you can see how its extension presses into the one way valve at the base, which opens when the tube pops it open. 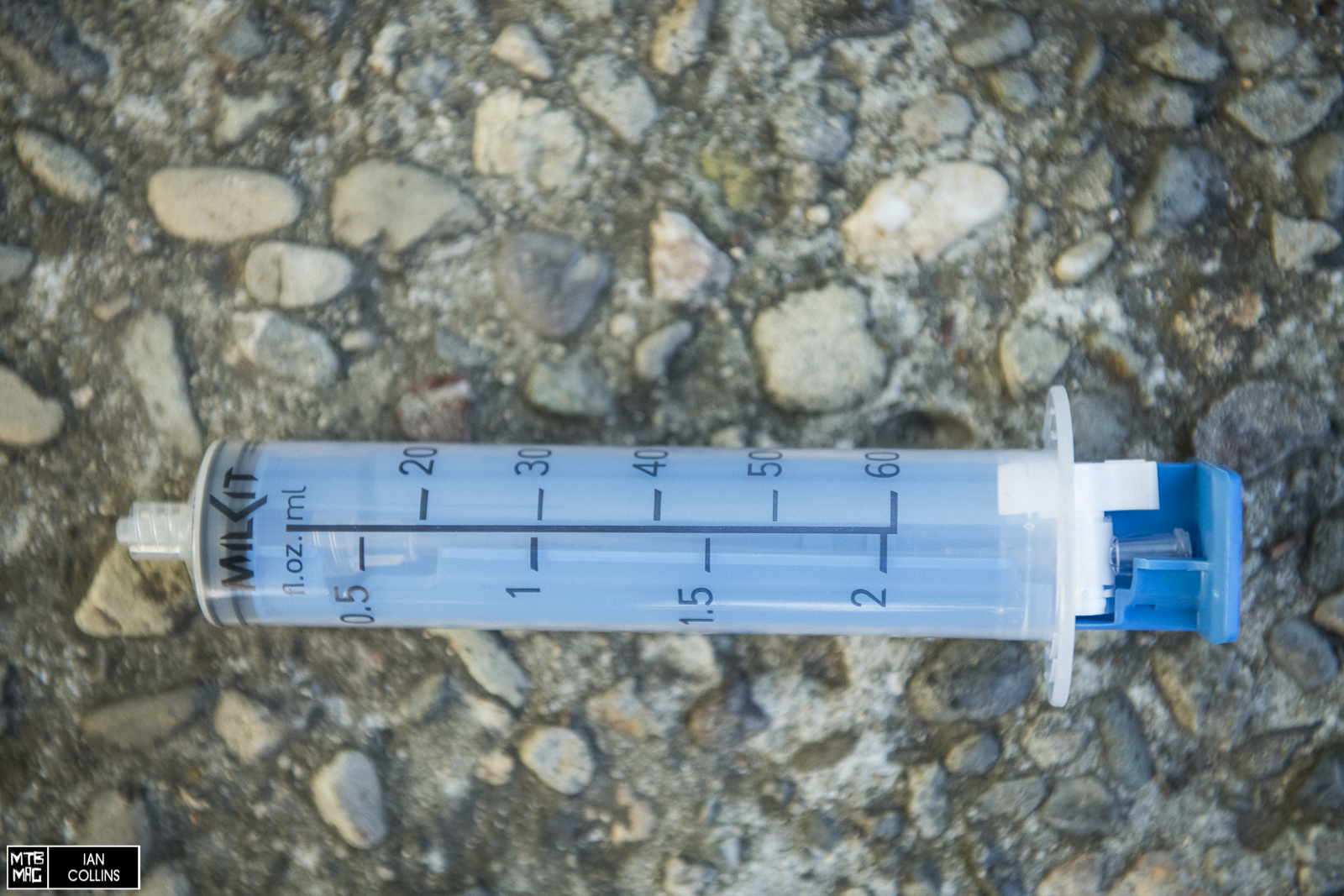 A nice feature is that the syringe is internally compartmentalized to house its parts. Hence the name “compact valve kit”. 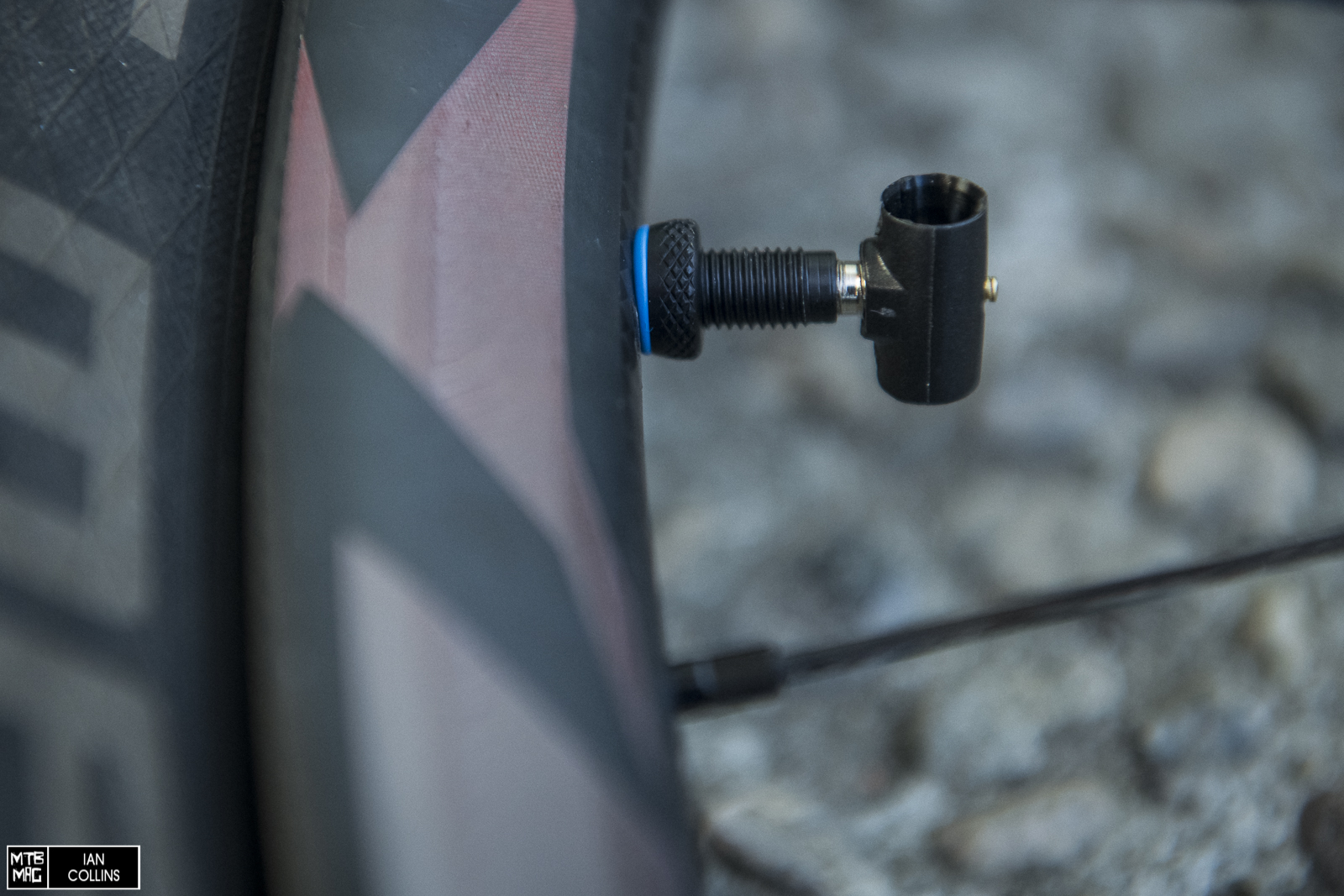 The valve core removal tool is a perpendicular cylinder that slides onto the valve and sits in between the threaded nut and the cap. This means that it is always handy.

The installation is pretty straight forward and doesn’t deviate too far from a standard tubeless tire installation. After putting the valves in the rim, you basically install both beads of your tire onto the rim, remove the valve core, then… 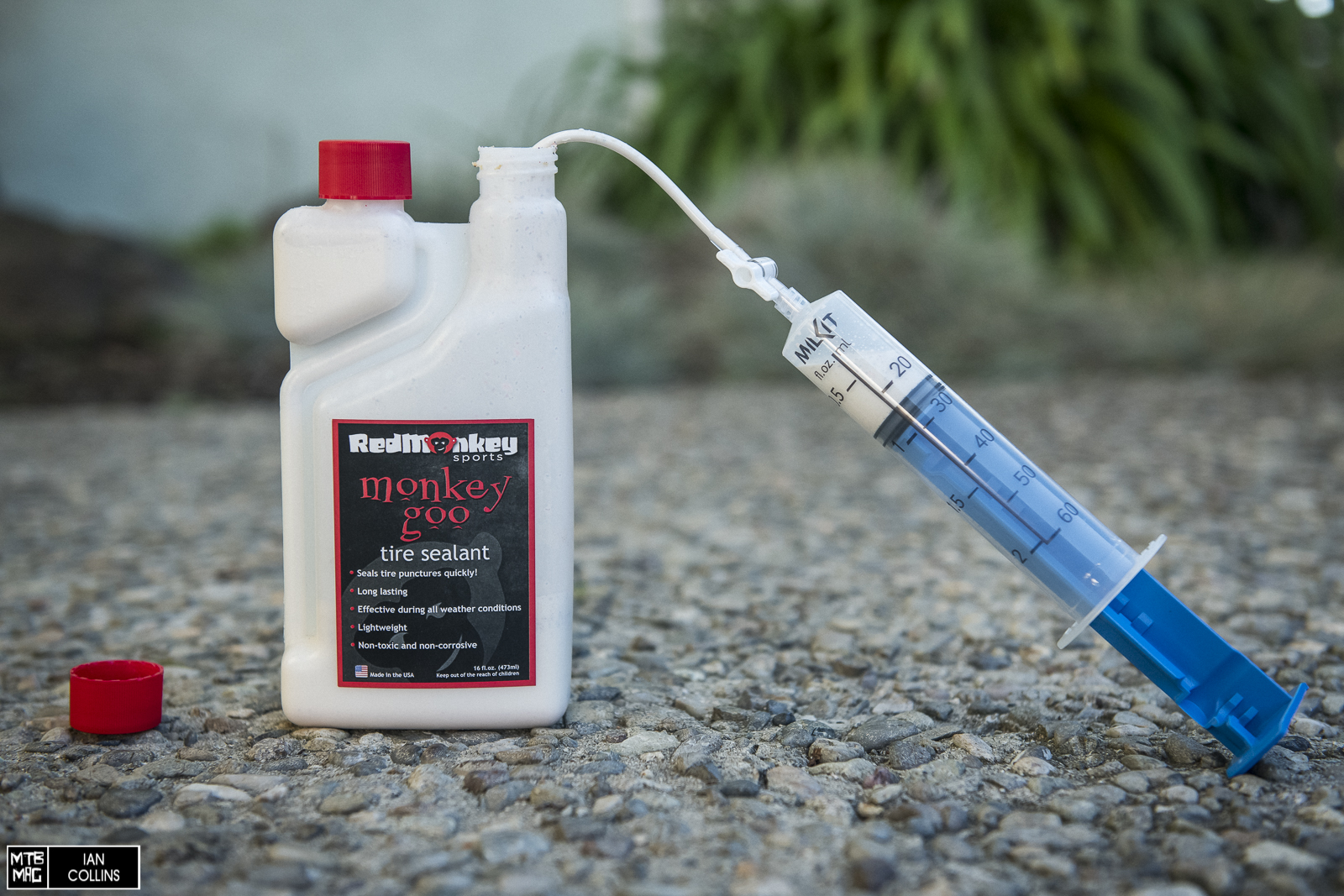 The kit has an on/off valve at the base of the syringe which leads to a flexible hose. The hose then threads into a solid straw which goes into the valve to inject sealant (once the valve core has been removed).

Over a few months of usage, we had a good experience with the MilKit system. It makes sucking old sealant out of your tires quite easy, and they seem to have found a niche. Despite having the one way rubber valve, MilKit doesn’t 100% solve the issue of valve cores getting clogged. With enough removals and refreshes you can eventually end up with a slightly gummed up valve. That said, in our general experience, how easily a valve gets jammed up has more to do with what kind of sealant you use, and less to do with the actual valves. 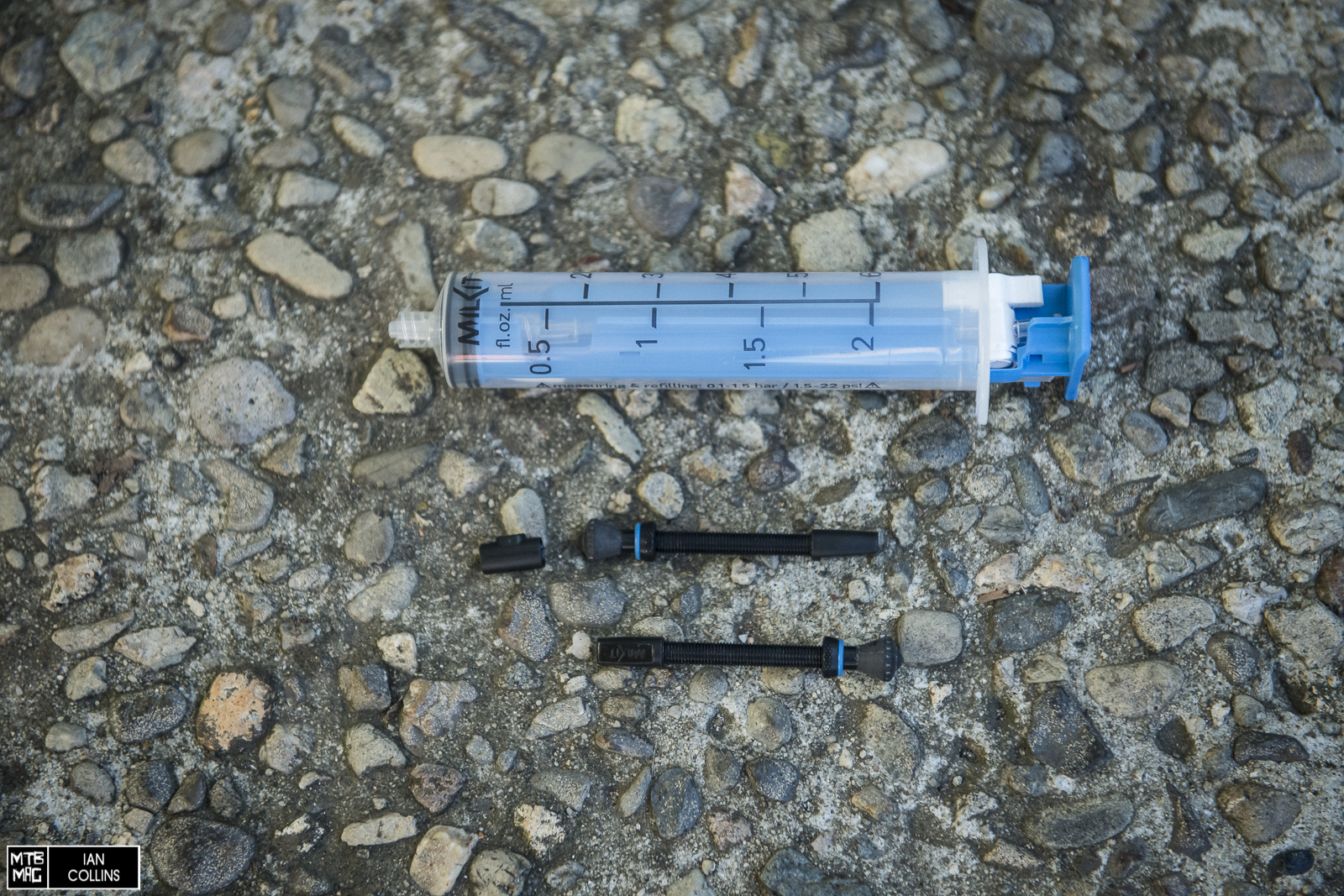 All in all, MilKit has come up with a great product. The valves themselves cost a bit more than most, but do a great job of keeping sealant out of your valve cores and keeping air flow high. If you’ve just got one set of wheels and hate pulling your tires to install fresh sealant, well then this is money well spent.